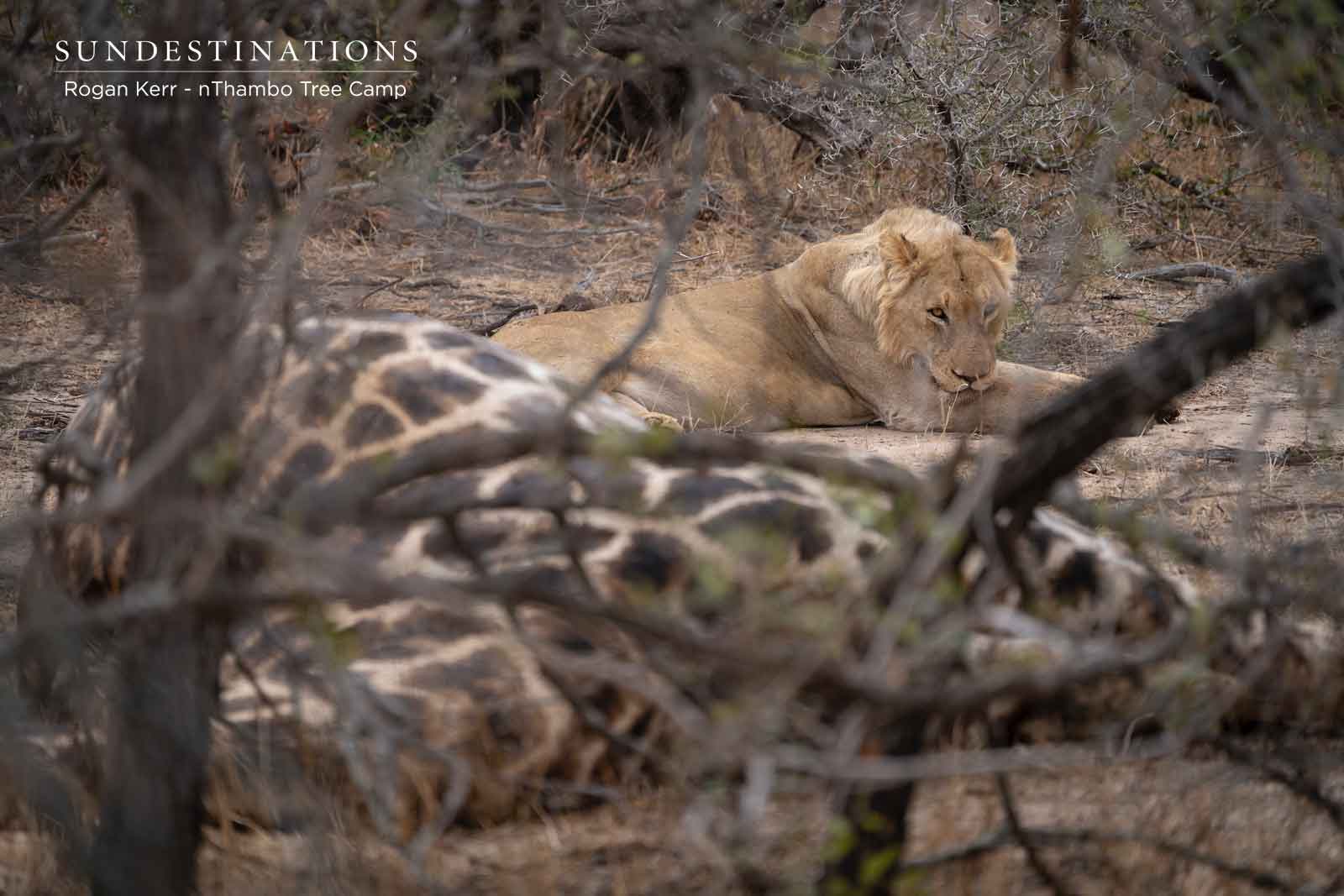 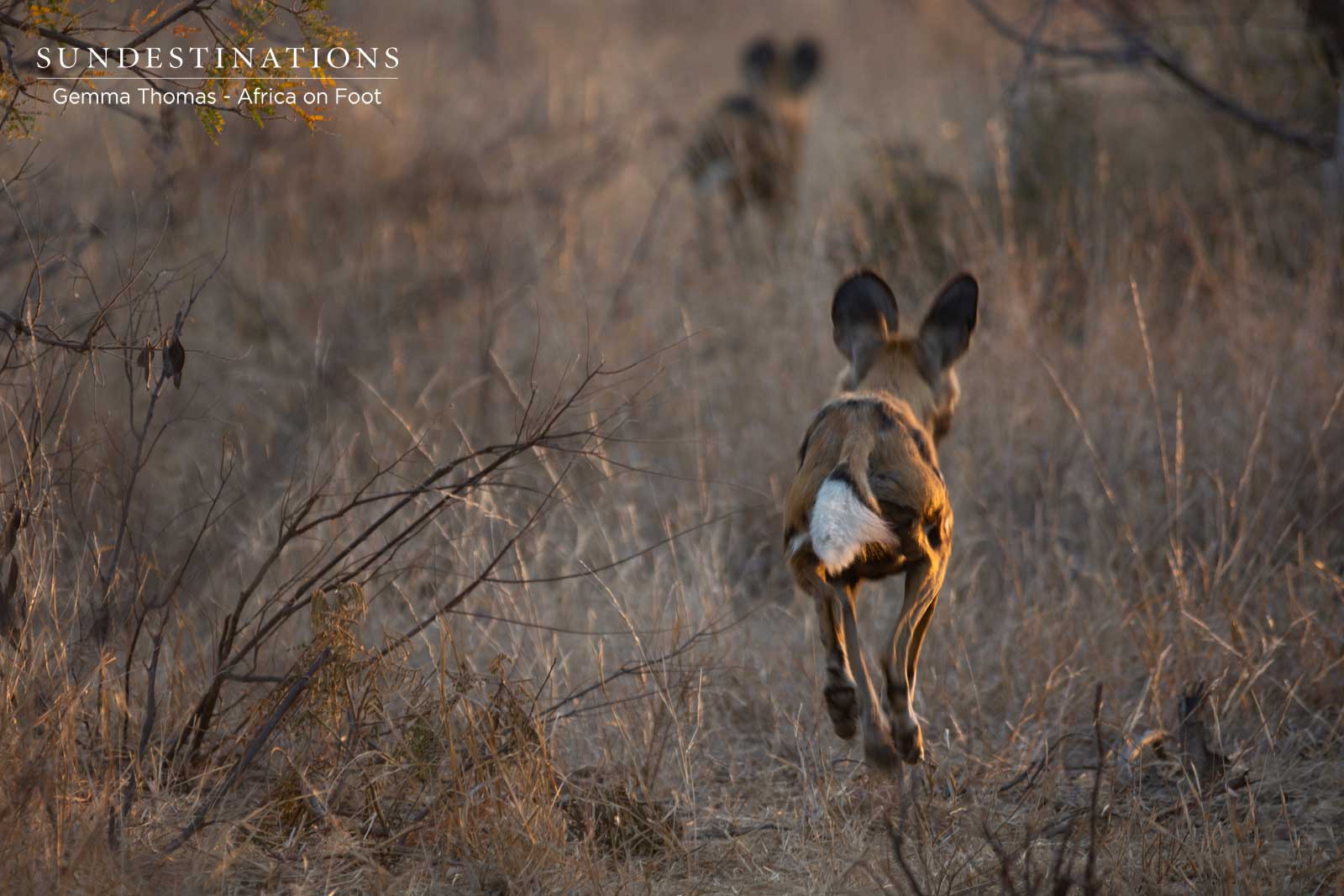 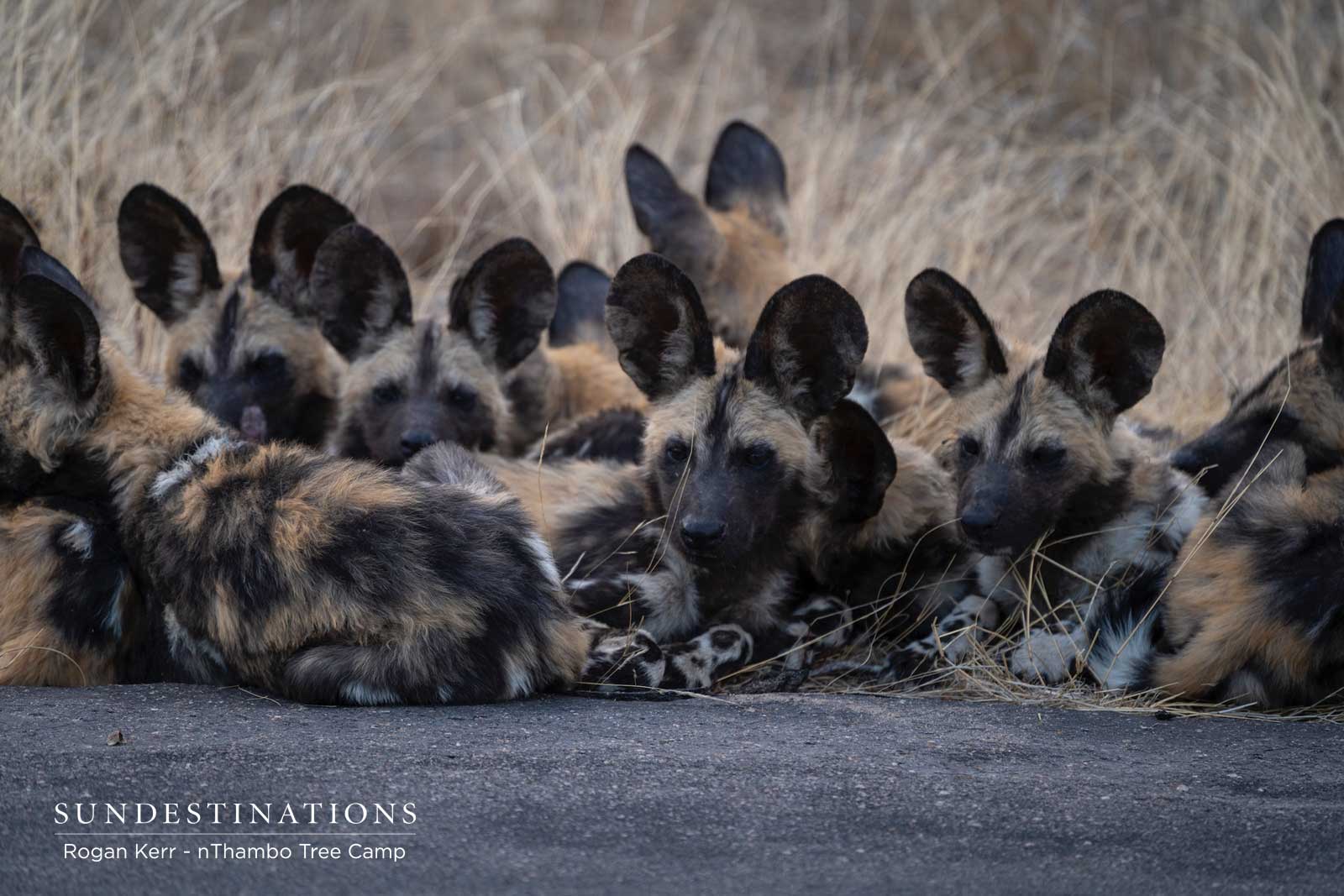 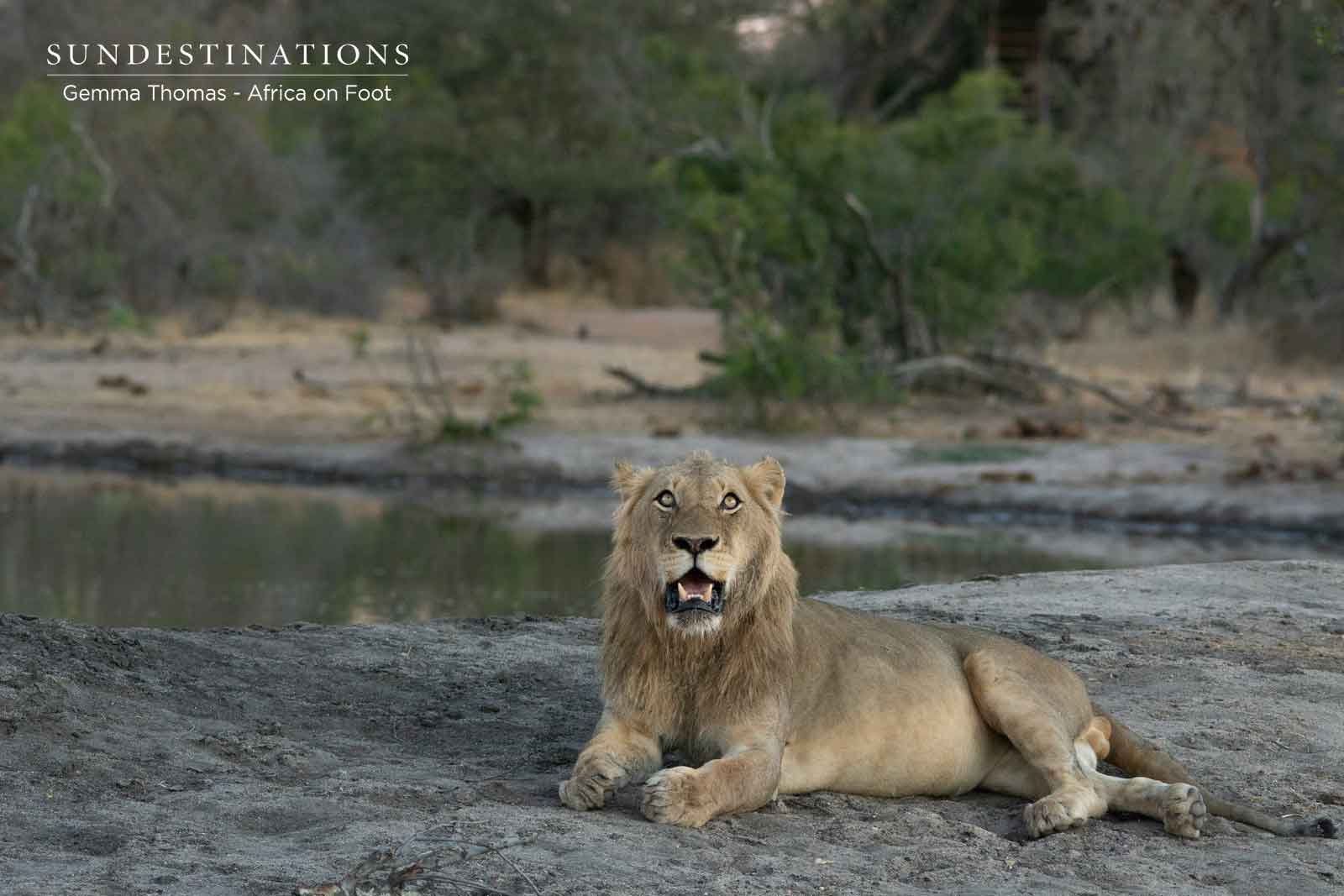 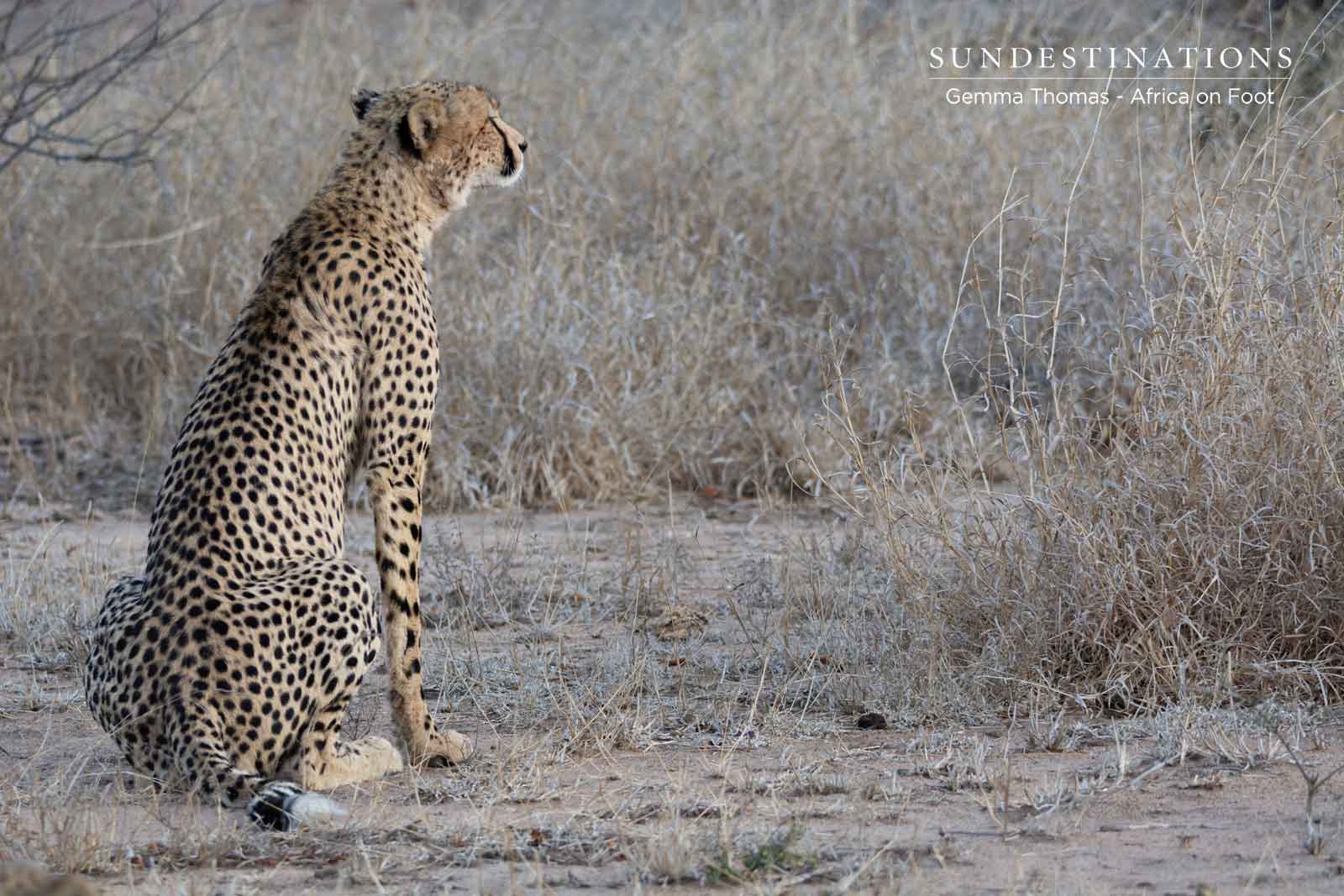 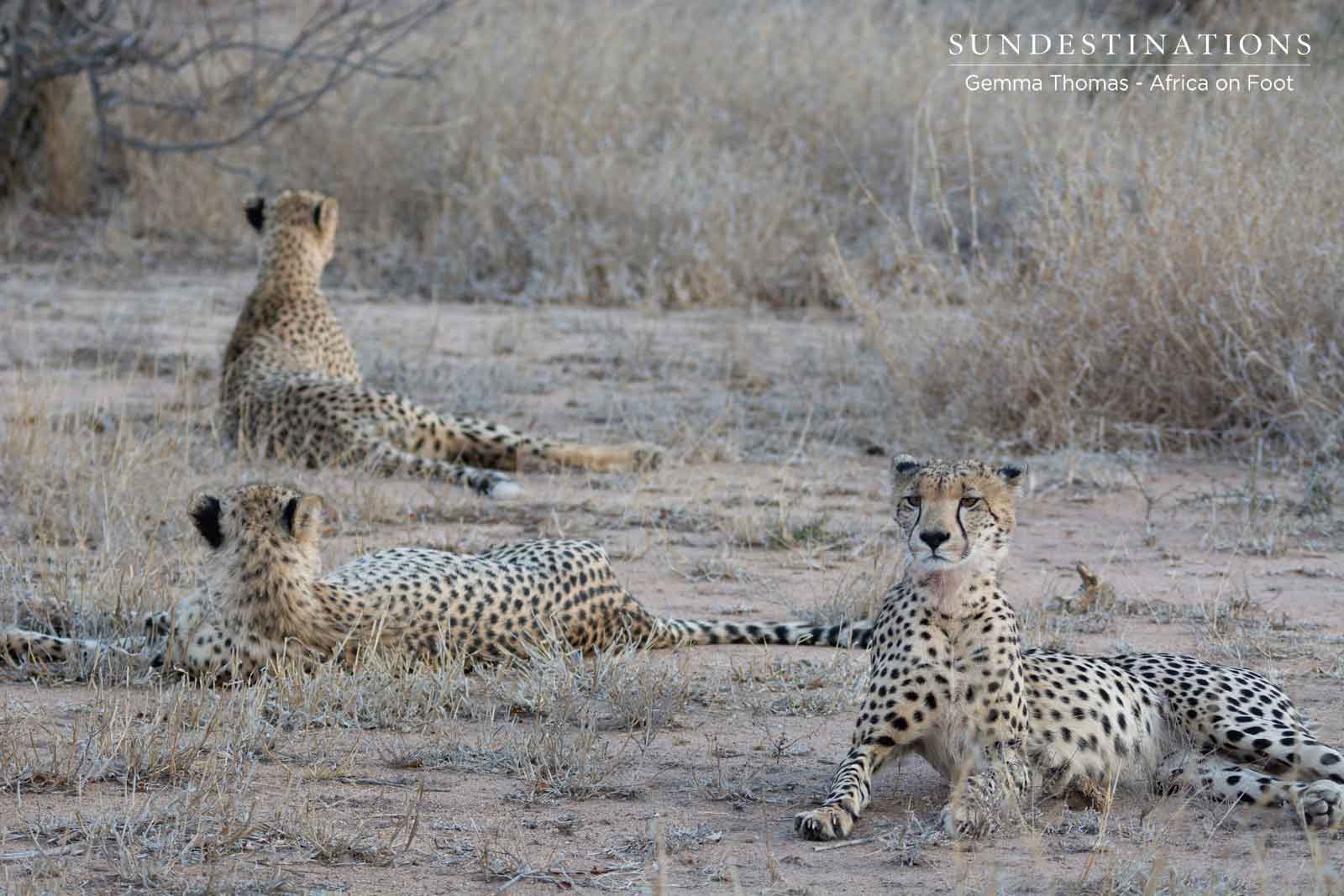 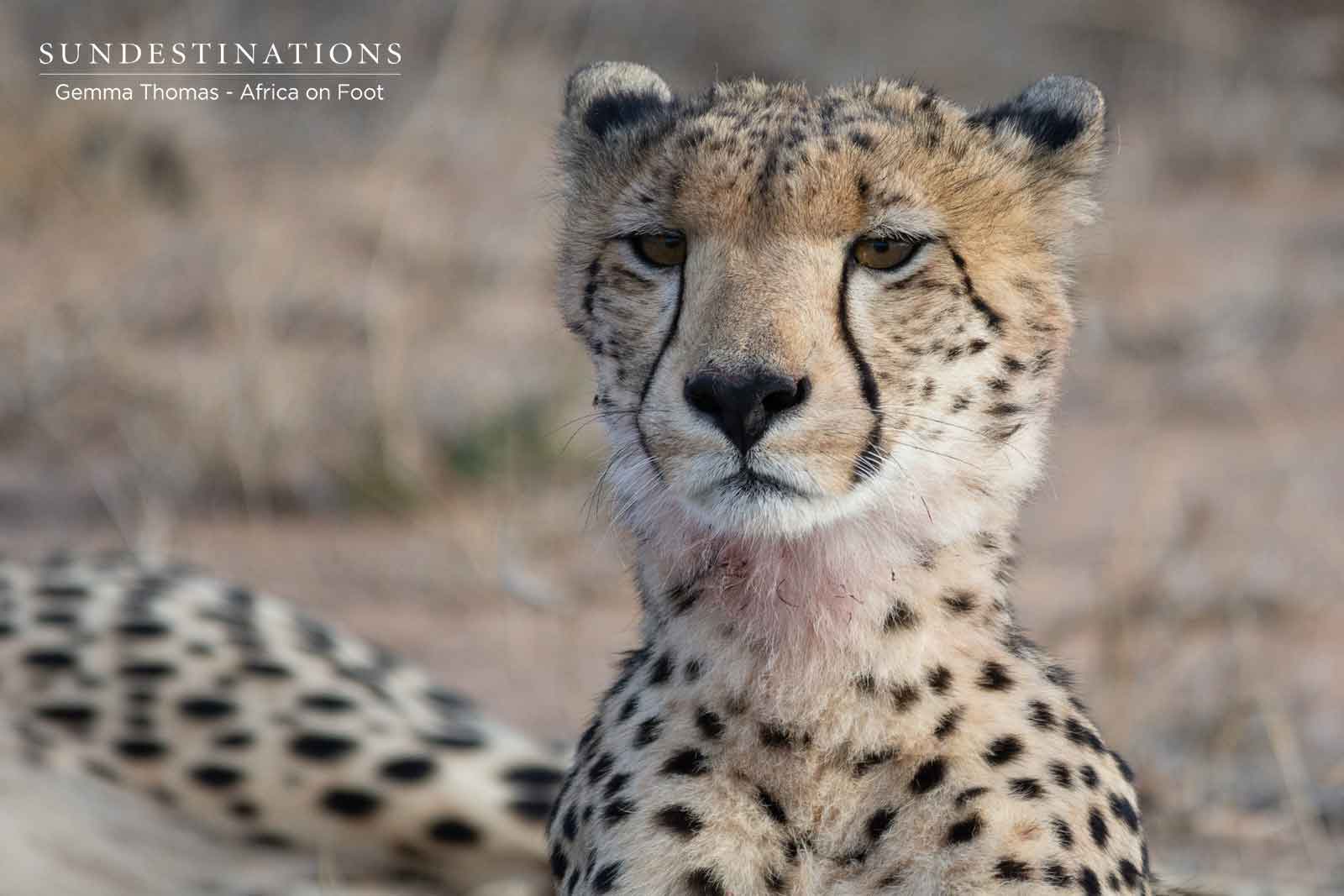 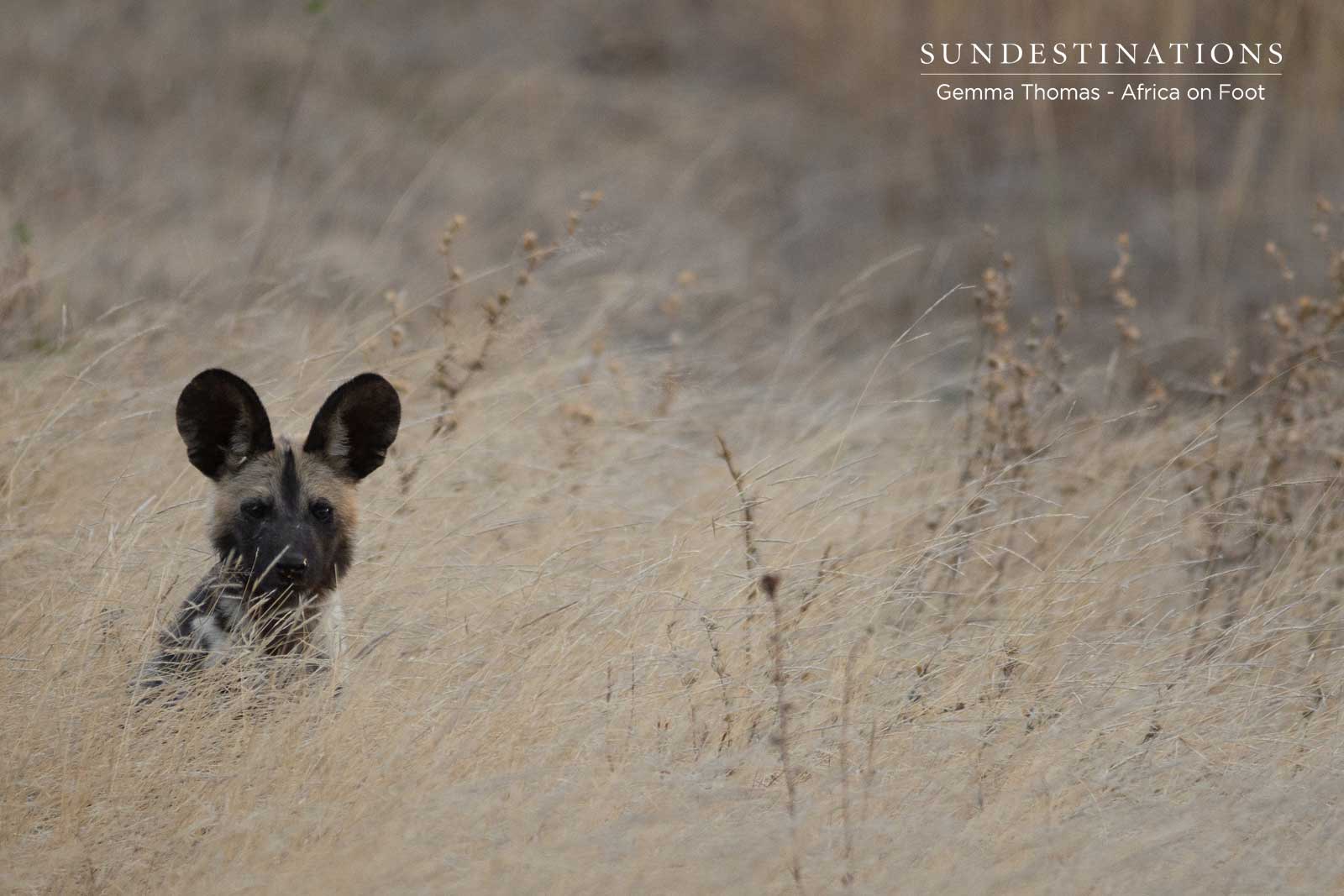 24 Hours of Predator Madness in the Klaserie with JC, Rogan, Gem and Jo

The weekend in the Klaserie Private Nature Reserve was a weekend of absolute wildlife mayhem. The team at Africa on Foot and nThambo Tree Camp went from experiencing a steady stream of sightings to an absolute influx of awe-inspiring sightings. The carnivores came out to play, and the team experienced 24 hours of predator sightings. From sightings of 3 cheetah to wild dog puppies and a pride of 6 lions on a kill; the Klaserie is certainly pumping out the sightings. JC and Joanna took videographer Rogan and photographer Gem out on drive and what transpired was something David Attenborough would be proud of.

Unknown Pride of 6 Lions on a Giraffe Kill

This unknown pride of 6 lions have made an appearance on the property before, but this time they decided to REALLY make their presence known by executing a giraffe kill just outside camp. The pride comprises 5 males and 1 female. Initially 3 of the lions (2 males and 1 female) were spotted shredding the giant giraffe, and appeared to have made their way through kilograms of carcass by the time the avid khaki crew spotted the cats. The cats are roughly 2 – 3 years old and guide Joanna speculates that the kill was made a couple days prior to the team discovering the site.

Gem says that by the time they arrived at the feeding zone, the hyenas were already encroaching on the area, and kettles of vultures were circling the skies. The putrid smell of entrails and fast decaying meat appeared to be bringing in a crowd. The notorious clean-up crew didn’t have a reservation at the lion’s restaurant, so they had to wait in the wings until a spot became available; which wasn’t going to be anytime soon. The trio of lions were going to ensure their feasting session continued for a good few more days and spent a considerable amount of time snarling and chasing away the hyenas.

The following morning guide Luke said that the remaining 3 males from the pride joined the trio for a bite to eat. As the carcass began to rot even more, the hyena clans became more prominent. The clans were loping around the base of the trees where the kill was made, still circling and waiting their turn for scraps.

At this stage, guests and the Klaserie crew were treated to sightings of the pride wandering back-and-forth between the waterhole and the carcass to guard their meal from scavengers. The 6 lions were spotted in dribs and drabs, enjoying the last meaty section of the giraffe’s neck. With all the big cat action happening, Rogan had the foresight to put up a camera trap to capture the action. The last time he put up a camera trap, the hyenas crunched it to death, so let’s hope this one remains in tact. Trouble is…he can’t retrieve it just yet ! When the commotion has calmed down and the area is clear, we’ll be sure to deliver a few sneaky pictures of the lions in one of our #CameraTrapTales blog posts.

Photographer Em Gatland got the scoop, and swooped in on the scene faster than a cheetah at full speed (exaggeration). Over the next few days we’ll be sure to deliver a series of mind blowing images from her collection. In the meantime, here are Rogan and Gem’s stills. In the next few days, we’ll also release Rogan’s video for a visual take on the events, alongside Em’s images. 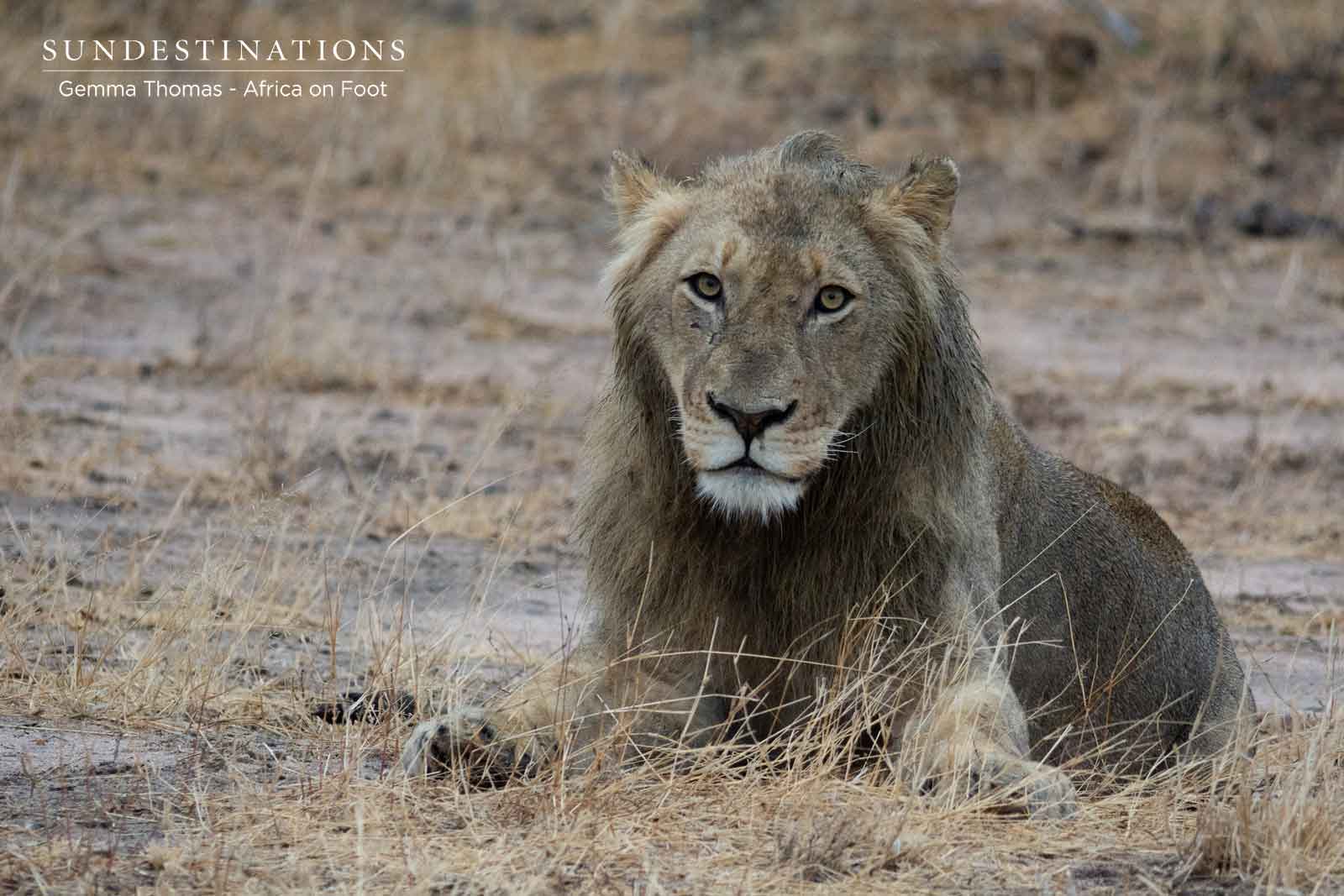 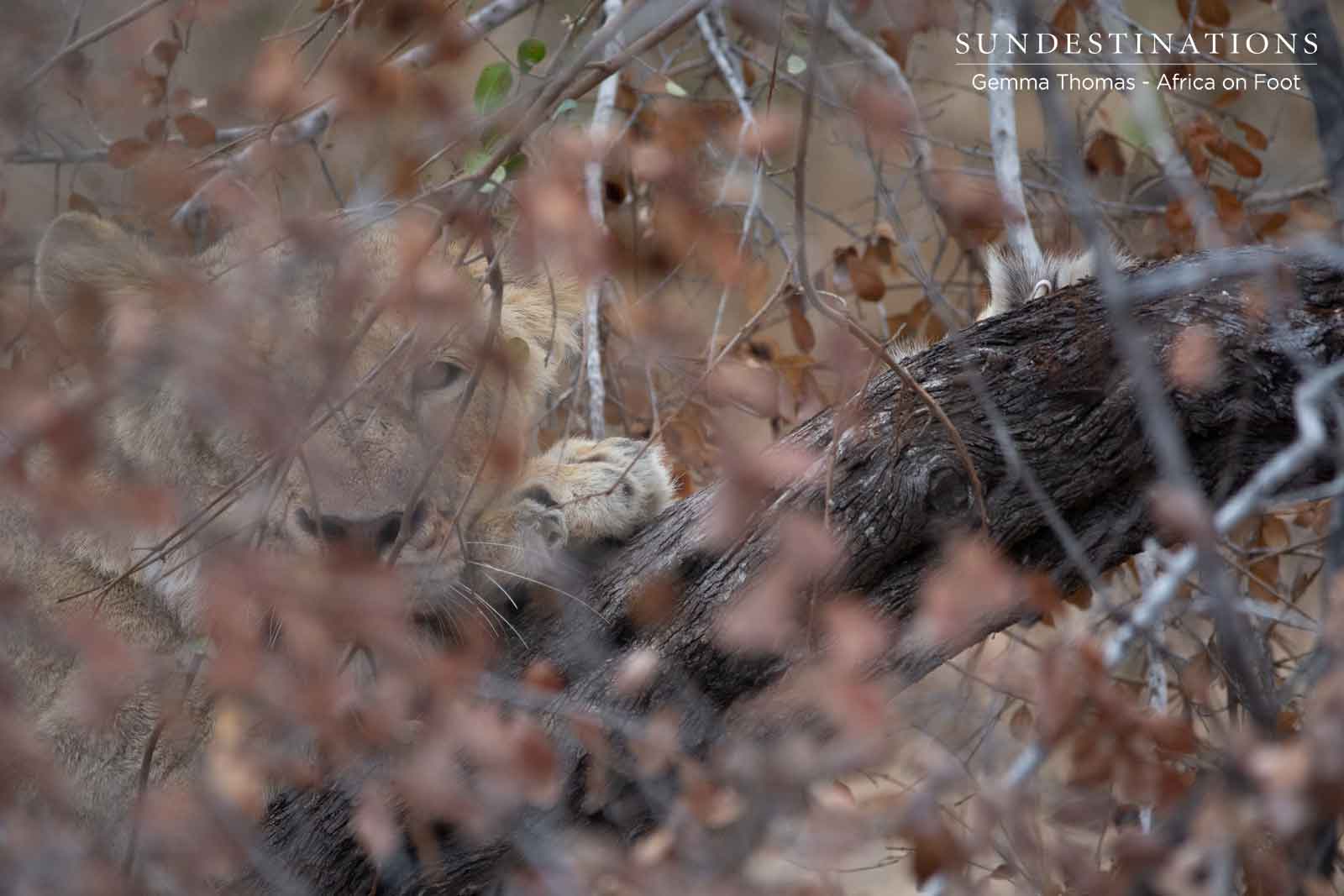 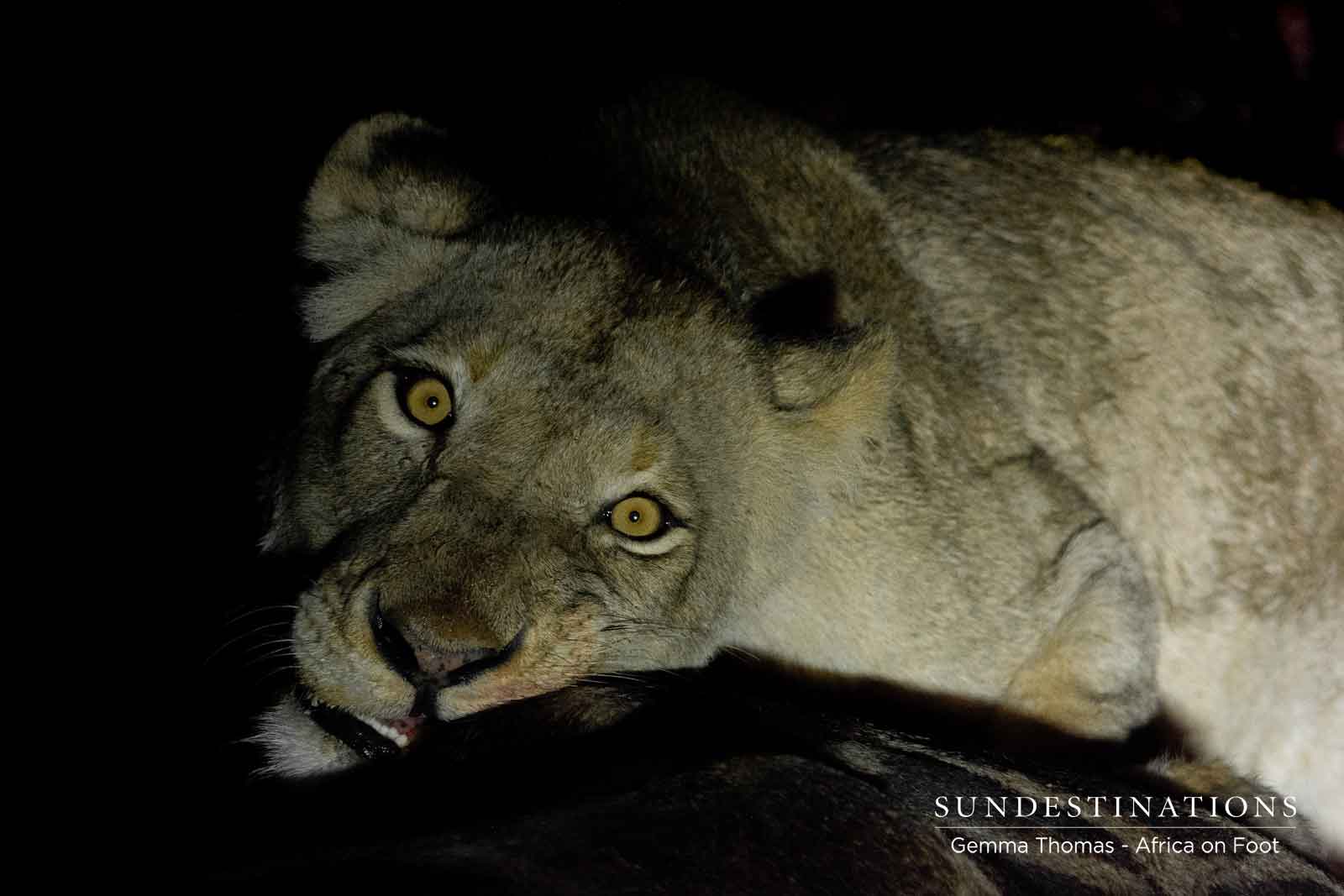 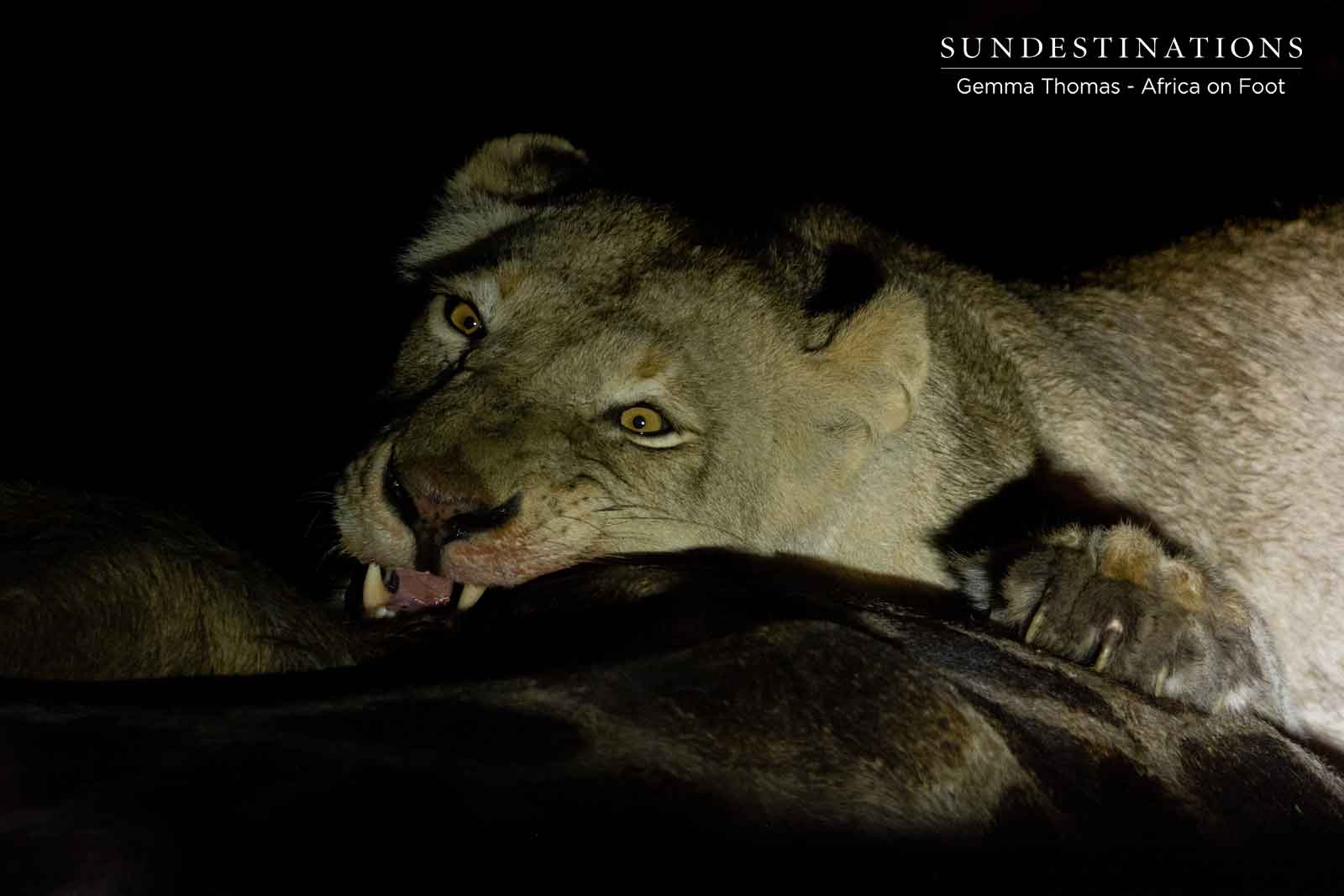 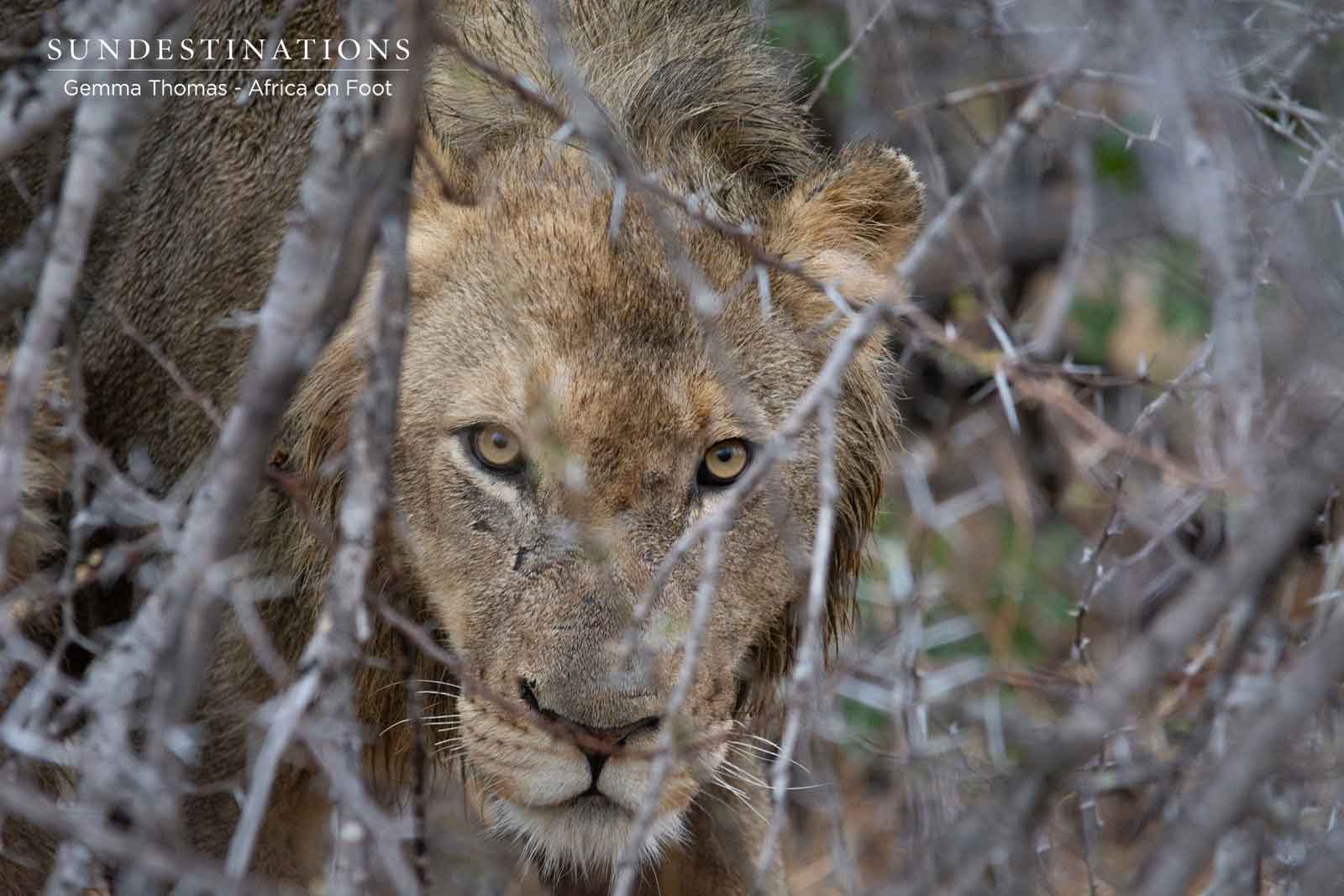 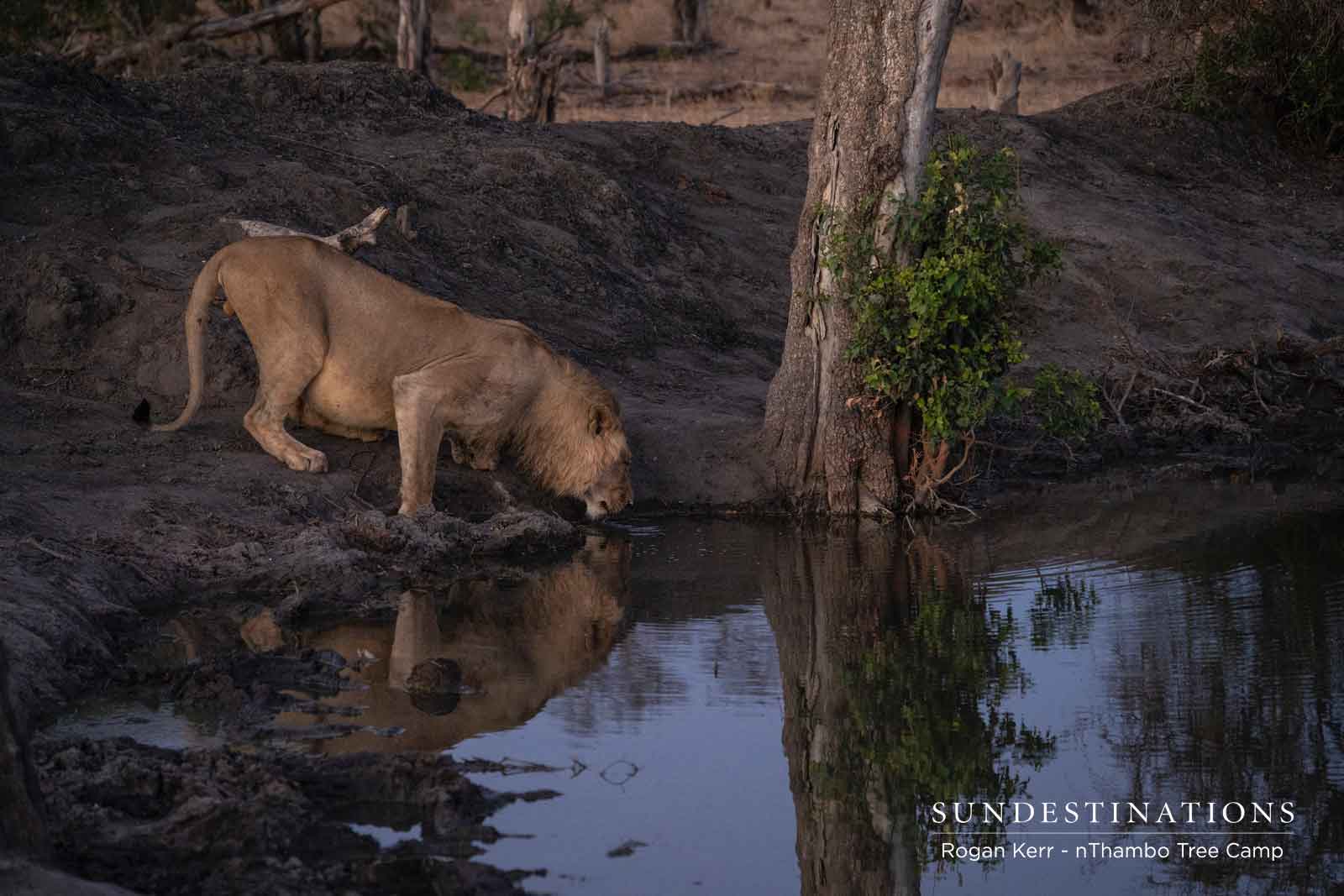 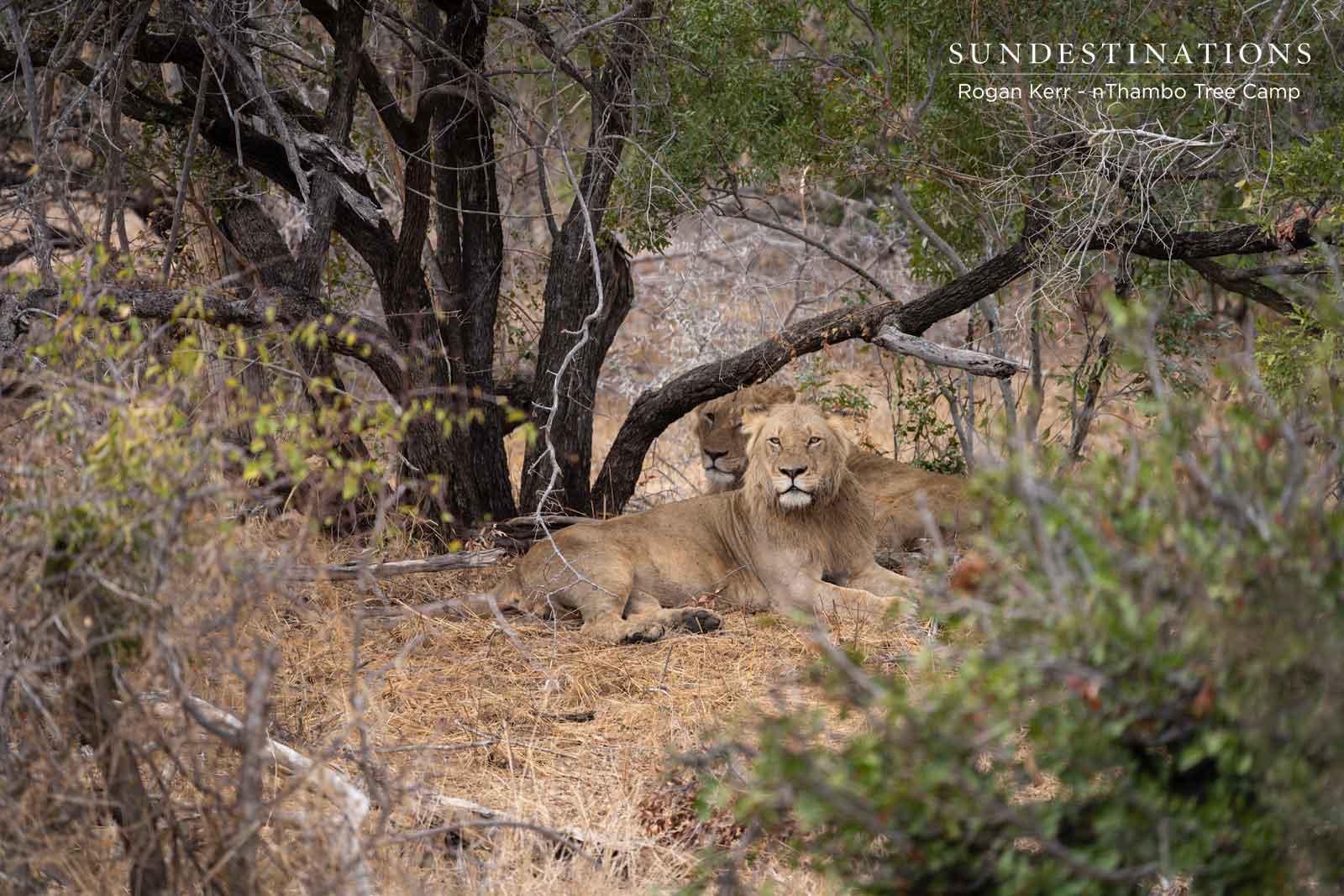 It’s coming to the end of the wild dog denning period, which means the fluffy pups are ready to leave their den and begin their nomadic lifestyle. They’ll enjoy life with the pack and will be closely watched by the adults. The Klaserie team spotted 15 pups jostling, playing and resting on the Timbavati tarred road. The weather has been quite cold, so the dogs chose the warm tar huddle together and warm up their bodies. Most of the adults in this pack were off hunting – they left an adult behind to “babysit” the young pups, which is typical of these cooperative breeders.

3 Cheetah Spotted After A Recent Kill

Yet another highlight in the world of predators, was the sighting of the 3 cheetah. These 3 cheetah aren’t the same ones that have been seen previously, which makes the sighting that much more intriguing. As a matter of fact, there are abundant cheetah in the reserve at the moment. It appears that this slender group of 3 had just enjoyed a fresh kill. Unfortunately, the team didn’t see the kill in action, but spotting 3 cheetah is reward enough. The vultures were hovering around the area in search of the kill. 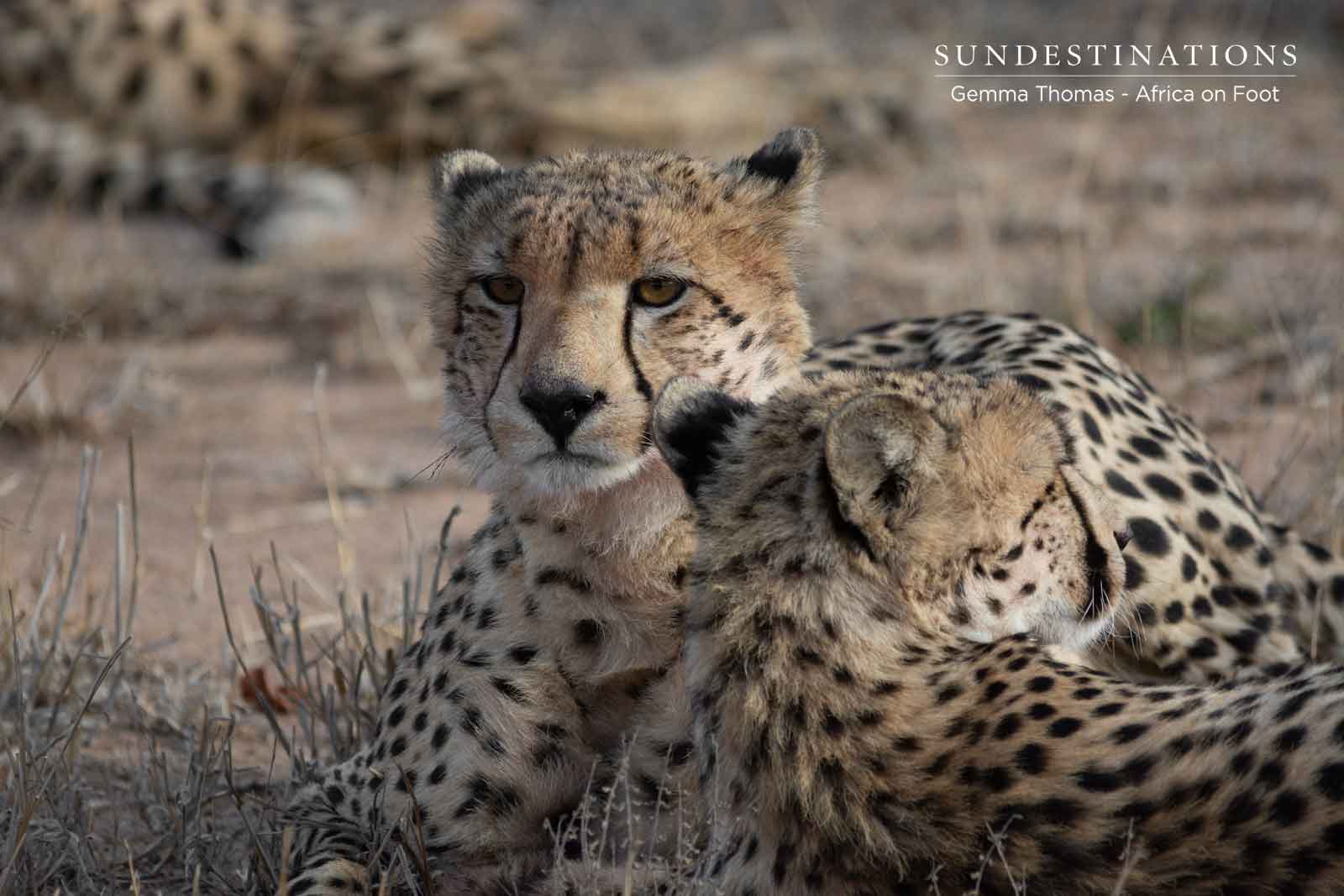 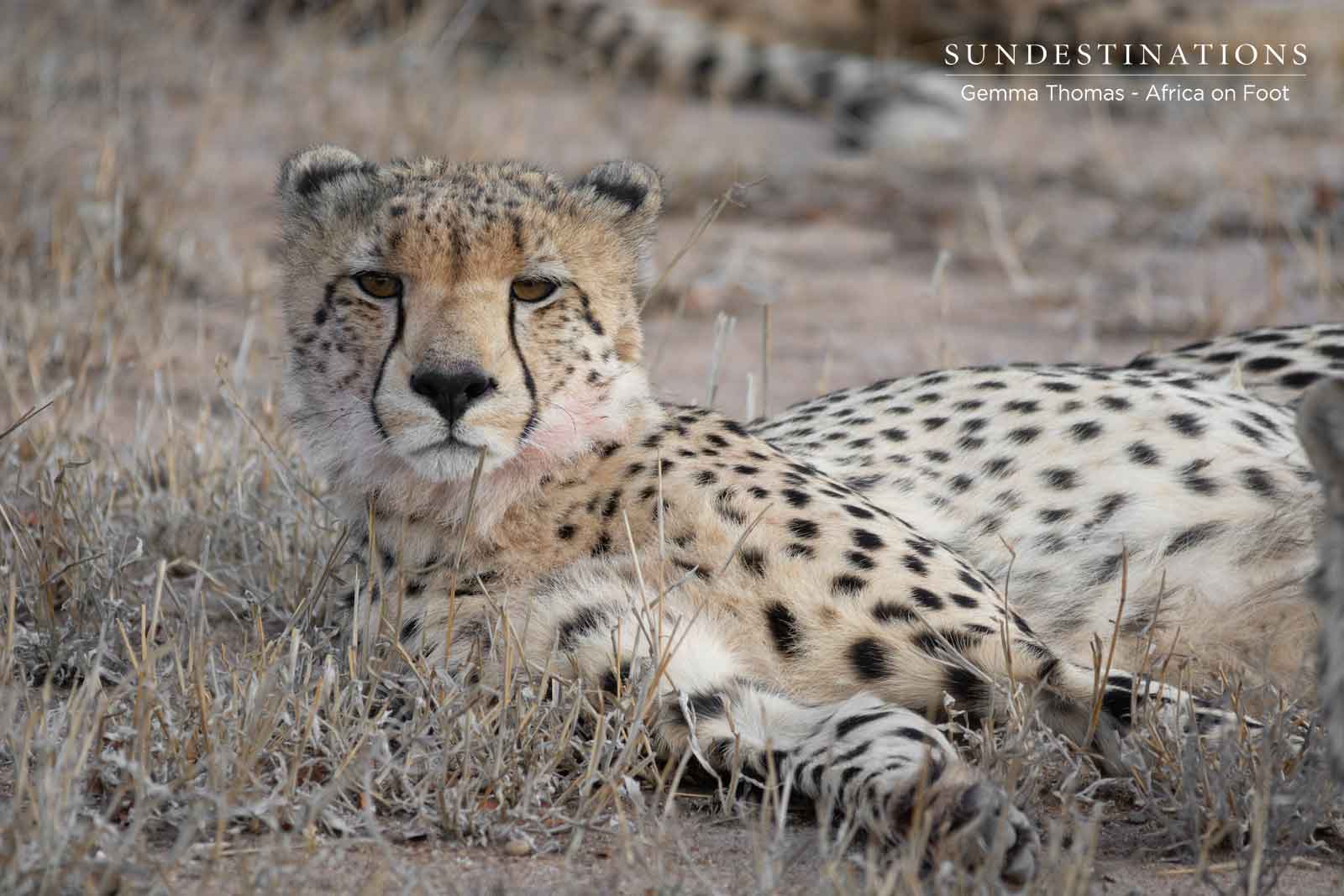