Bovids, Pachyderms and the Beauty of the Bushveld 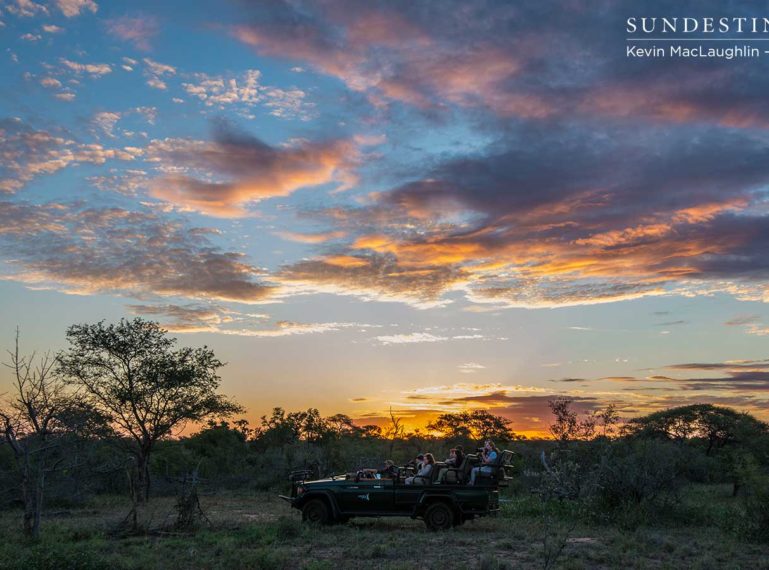 The endless striking hues of the bushveld creates a palette of colour that leaves you yearning for more of the safari lifestyle. Languid days are spent exploring the sometimes arid and occasionally lush bushveld, while nights are spent huddled around campfires under star spangled skies. Angles, texture, reflections, depth and moods can all be captured in a single moment in the wild. Giant pachyderms, sleek predators and overly anxious plains game enjoy the bounty of delights on offer in the thickets.  The bushveld holds a torrent of emotion – from the heart-wrenching to heartbreaking, it all unfolds in the ‘veld.

Our videographer creatively captured the beauty of the Klaserie bushveld on camera to showcase the magic that unfolds before you while exploring the safari lifestyle at the nThambo Tree Camp and Africa on Foot traverse. A mix of pachyderms and giant bovids seem to take centre stage in our scenery videos, so we’ve decided to give them the shared starring role they deserve and chat about their differences and similarities. 1. As the golden light of sunset literally drowns the landscape with its shards of yellow, you’ll notice how eagerly the buffalo graze and move around. During the heat of the day, they tend to find respite in shady areas and remain sedentary. When the becomes cooler, they will move around and graze. There is normally a pathfinder that leads the herd to perfect grazing grounds and waterholes.  Elephants are similarly active at day and night, but are also more sedentary during the heat of the day. This is the time when you will find them seeking water sources. Both these giant herbivores need daily access to water due to the excessive amount of dry vegetation they ingest on a daily basis. 2. Buffalo are bulk grazers and will mow through an abundance of tall, sweet grasses and shrubs. They clear and open an area for other, more selective herbivores to graze. Elephants have a more selective diet comprising a combination of roots, bark, grasses and fruit. Because of the bulk amount of dry vegetation digested daily by these massive herbivores, they need to drink fairly often. An elephant is estimated to eat up to 136 kg of food per day and only processes half of what it digests! 3. Mud baths are important to both buffalo and elephant. They both have hides that are sparsely populated with hair and thus sensitive to the harsh rays of the sun. The mud pack acts asa natural sun screen, regulates body temperature and repels parasites. When the mud dries on an elephant they will rub against their favourite rubbing post (normally a trunk of a tree) to remove the mud, which in turn removes parasites.

4. Elephants and buffalo have strong bonds between females in their herd. Elephants live in a matriarchal society where all the females help to raise the calves – theirs is a very rigid and structured social fabric. Bulls form loose associations with one another and will rejoin the herds if a female is on heat. With buffalo, there are many cows and sub-adults of varying ages. Males also tend to form bachelor herds that return for breeding season. The past-your-prime buffalo bulls are completely disassociated from the herd and they’re referred to as “Dagga Boys” because they spend their time wallowing in mud holes (Dagga means mud).

5. The major difference between elephants and buffalo is that the latter is one of the most dangerous of the big five. While elephants outwardly display their displeasure, a buffalo will never show you its emotions. You have time to retreat and are aware of the situation when confronted with an elephant, but a buffalo will give zero warning sign before charging!