Chapter 1 : The Discovery of Margaret’s Den and the Hyena Cubs 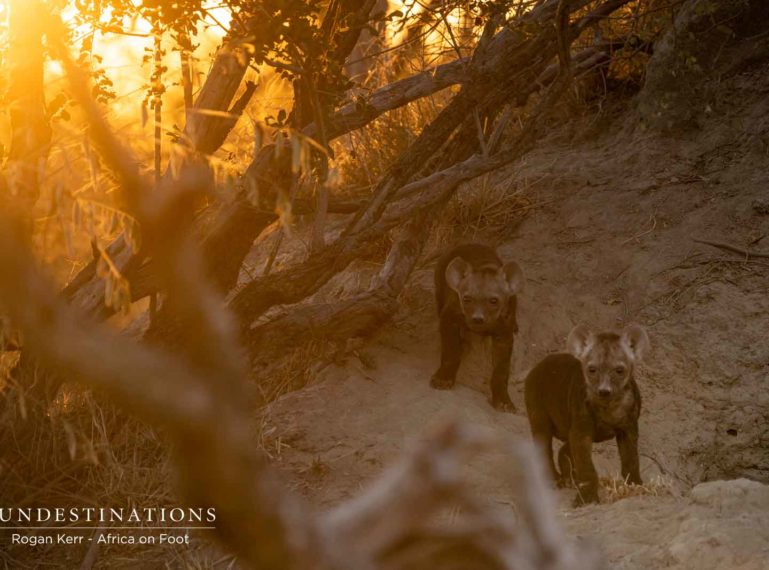 While Rogan and Gem were out on their routine morning drive in the Klaserie exploring the thickets for felines, they came  across an active hyena den. Stumbling heavyset cubs came tumbling out of the den, rewarding “Rogem” with a glimpse into the world of hyenas. A somewhat excited Rogan (he’s naturally an excitable fella) sent news our way about this thriving den site, ensuring that it’s on our radar.  The den is known as “Margaret’s Den”.  There is clearly an alpha female of the clan, who is also the bearer of beautiful cubs. The community den, which is a large termite mound, appears to be home for a number of cubs born from a few females. In the next few days we’ll share a series of videos created by Rogan, which journey from the first sighting of a juvenile through to the sneak peek of a baby and beyond.

Interestingly enough, the strong and dominant name Margaret is derived from the ancient Saint Margaret, the patron of expectant mothers. It appears that this communal khaya is the place to see hyena cubs of varying ages engaging in play and aggressive behaviour synonymous with these bone-crushing youngsters.

Rogan and Gem’s initial drive led to a sighting of a few youngsters, and the days following their initial sighting they were rewarded with sightings of even younger cubs! Over the coming months we’ll deliver a host of updates about Margaret’s den site and the dynamics in play beneath the intricately built termite mound serving as the cubs’ home for the time-being.  There are bound to be a number of stories to emerge from the den area. Our Africa on Foot and nThambo Tree Camp guides will furnish us with information as the weeks pass – keep watching and we’ll keep posting!

Rogan says, “So there was one massive termite mound with what appeared to be 3 entrances. We spotted what seemed to be 4 different moms with cubs of varying ages, some were nursing with their mother and others were older”.

Staking out Margaret’s khaya gives the team an opportunity to observe textbook behaviour of hyenas in action.

Hyenas are intelligent and resourceful, displaying a high level proficiency when it comes to both hunting and scavenging. They’re basically all round successful carnivores. To maintain such a level of skill in such an unforgiving environment, a high level of bravado, aggression and industriousness is needed. Hyena cubs are born with these personality traits in tact and are aggressive from the moment they enter this world. Complete with canines in tact and an eagerness to fight for dominance, cubs are most certainly “born ready”. Despite their readiness for the wild, cubs will remain in the den area for quite sometime and are actually only weaned at about 14 months. The older females are generally spotted outside of the den area, on guard and ready to ward of predators. If you hang around long enough the cubs will eventually emerge.

So that’s chapter 1, Discovering  Margaret’s Den and the Hyena Cubs. Stay tuned for Chapter 2 where even more shall be revealed, along with the videos released.

And the upcoming story? We don’t have one just yet – the wild will take care of the narrative. 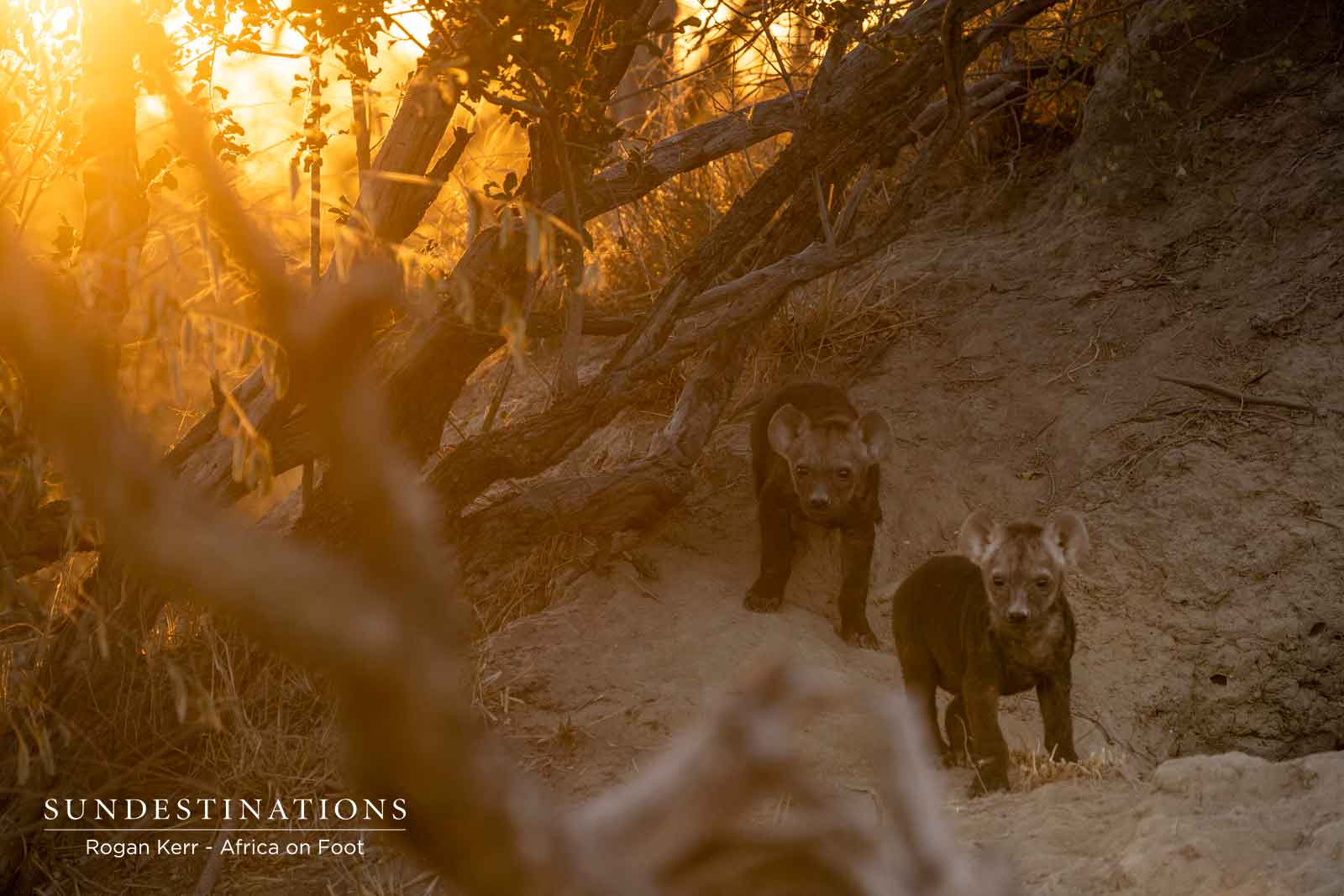