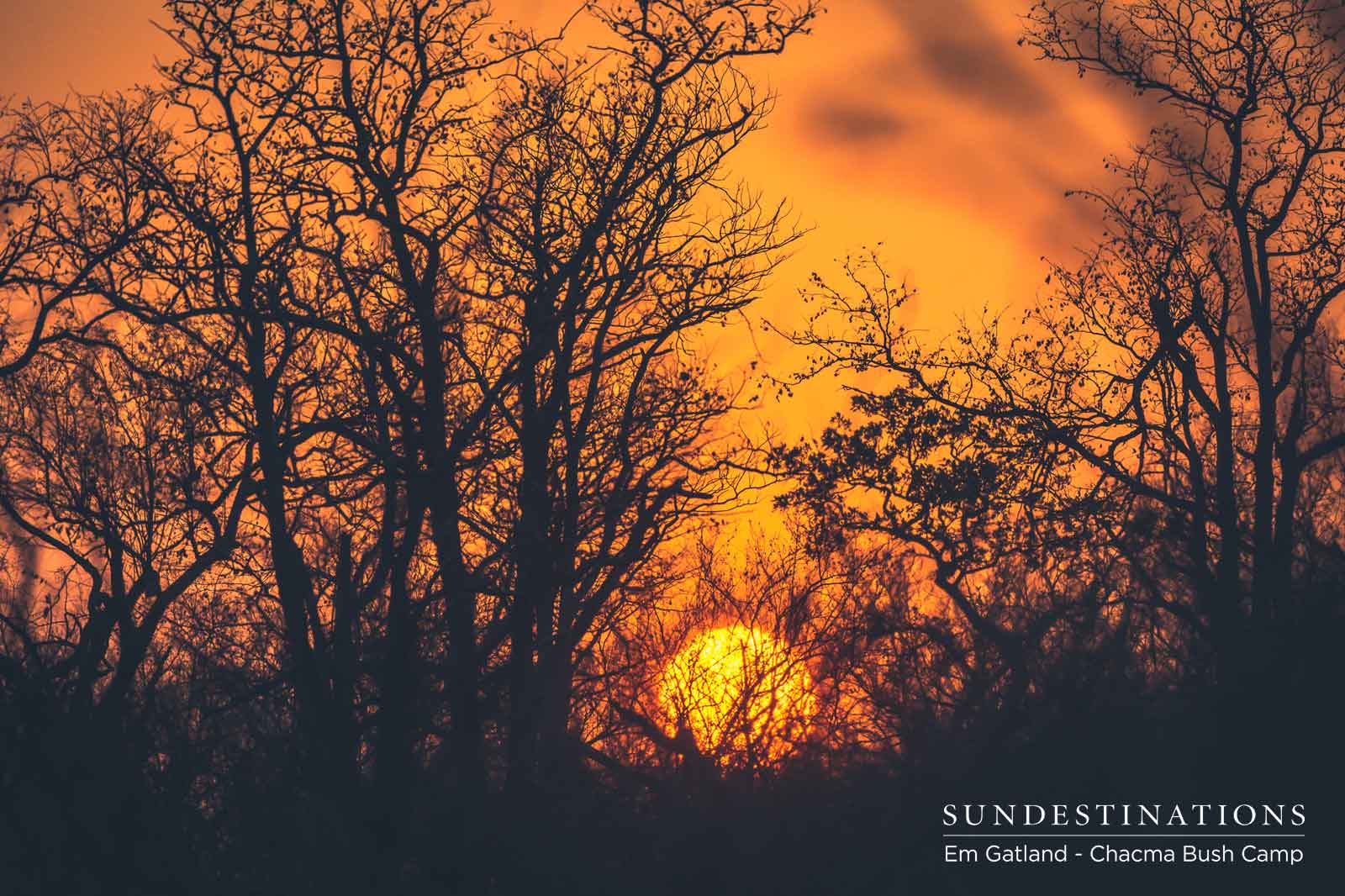 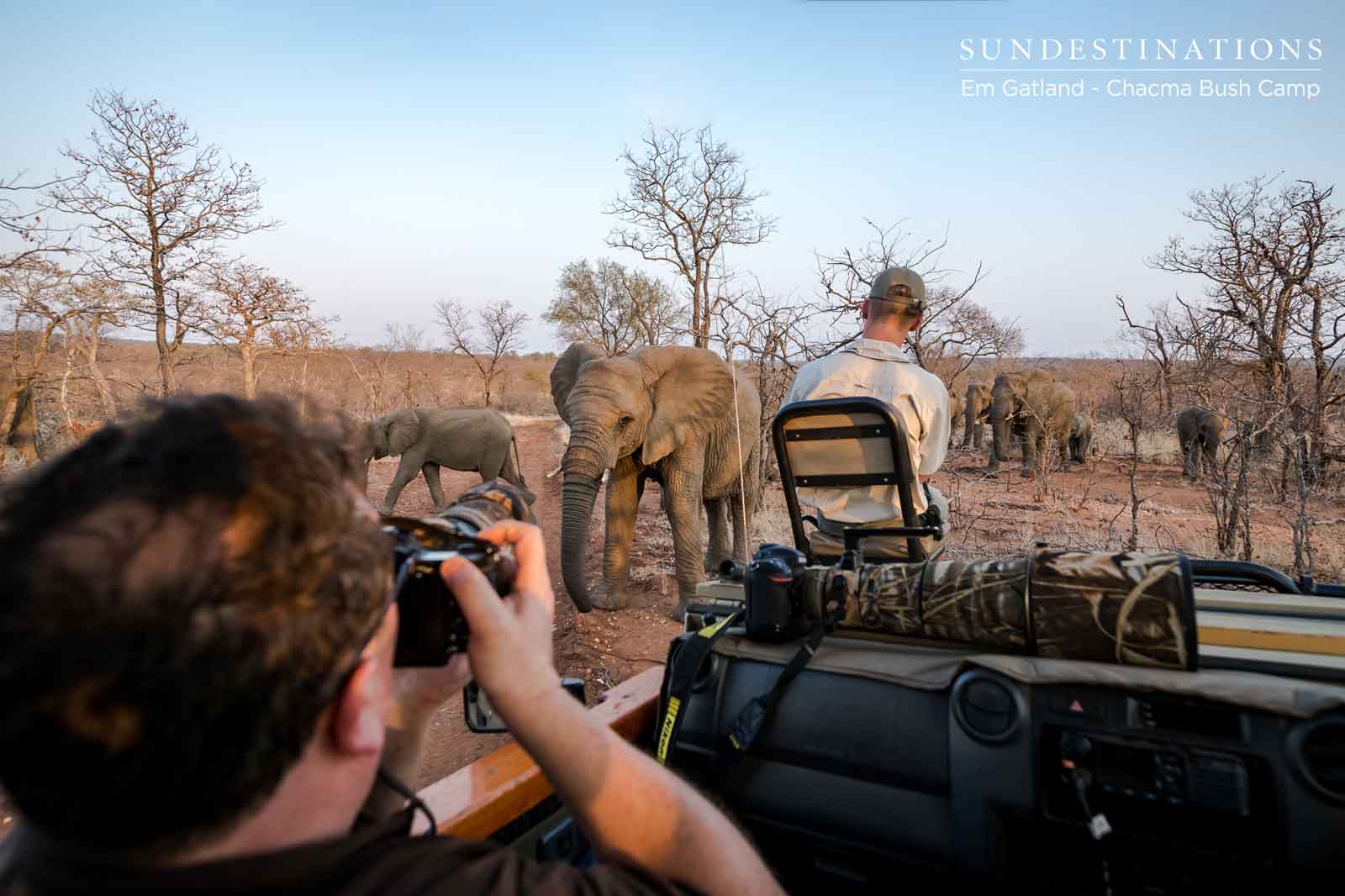 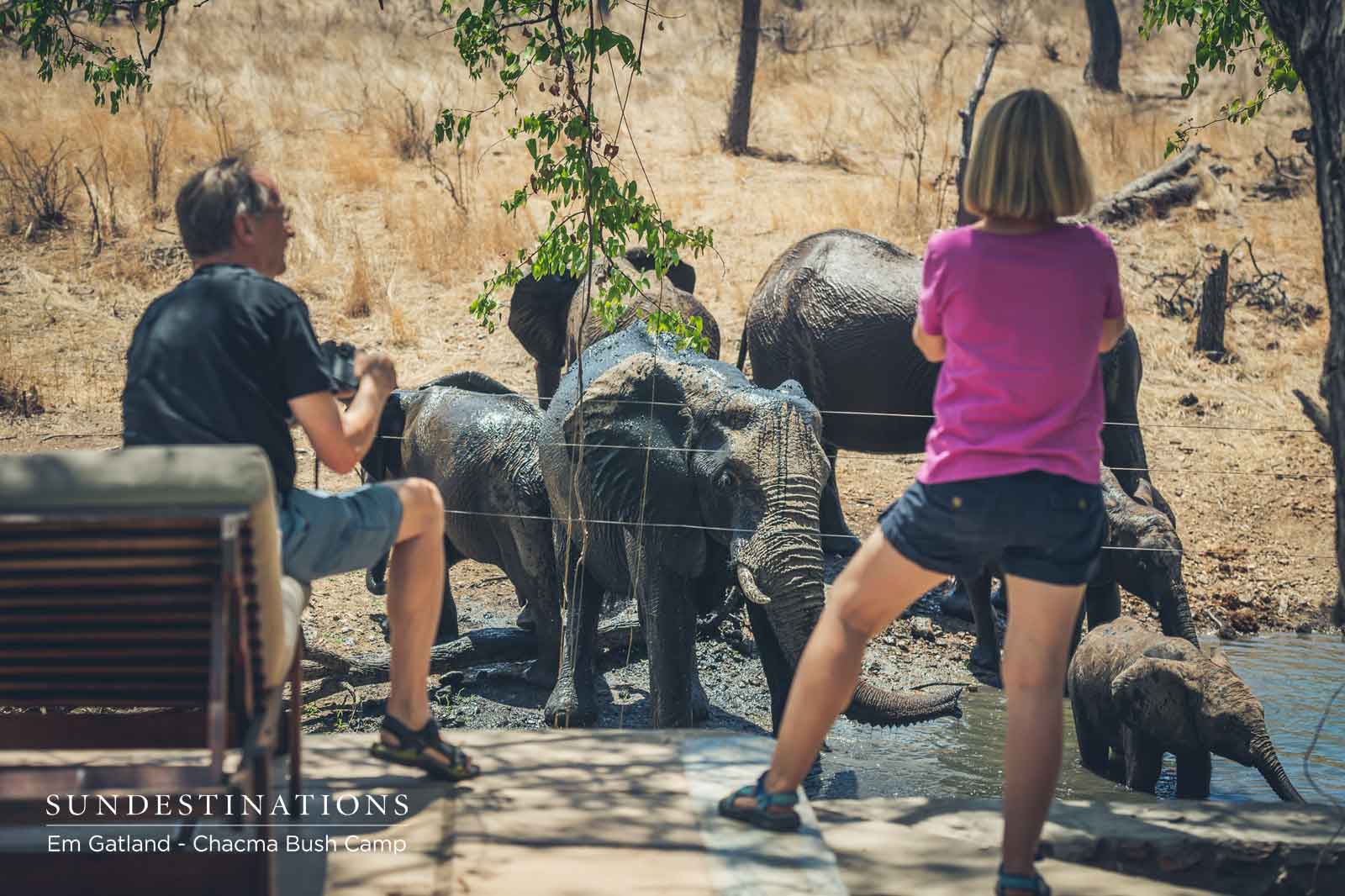 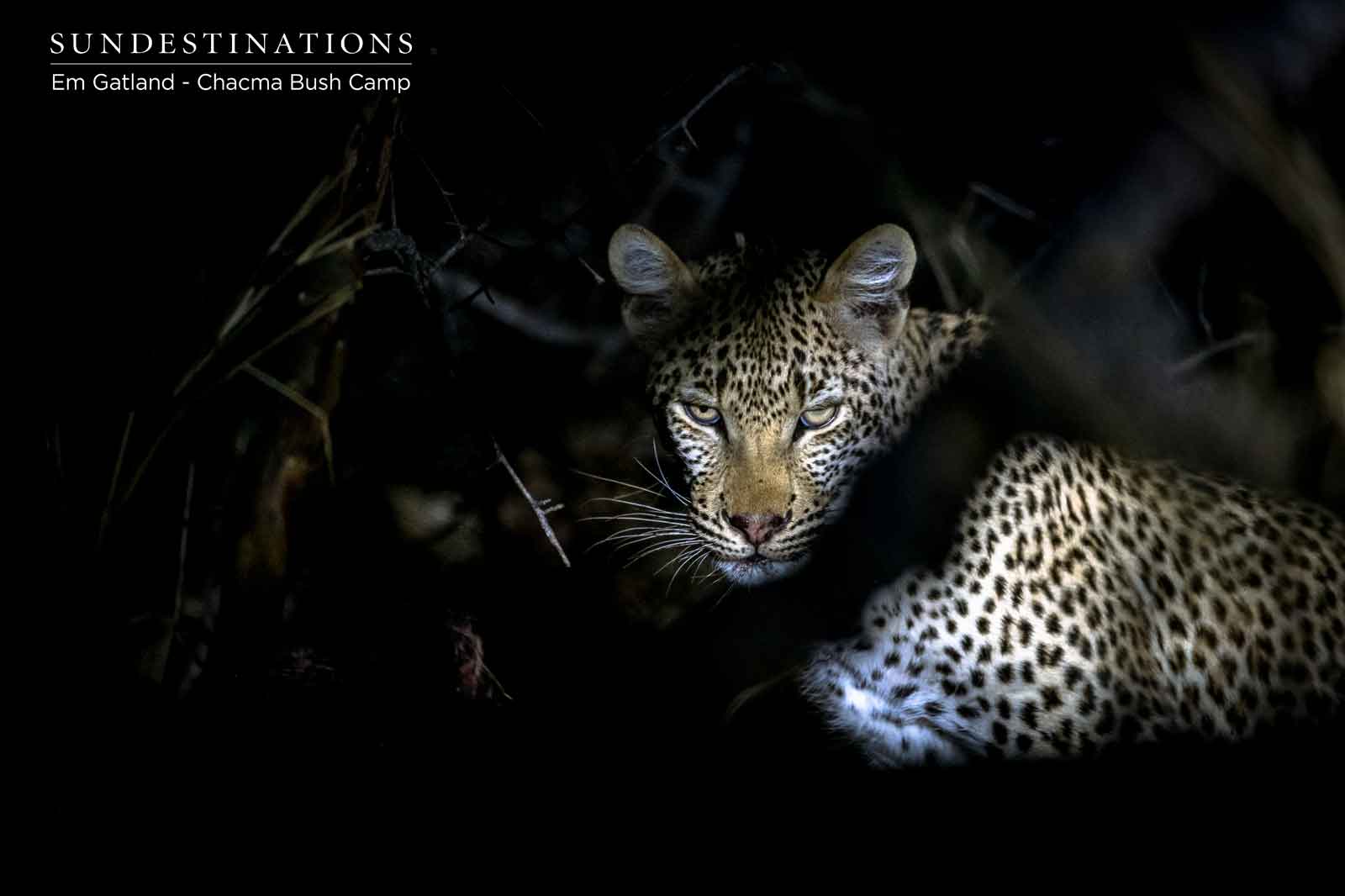 Richard Brown Says, ” In a quiet corner of the lesser-known Maseke Private Game Reserve waits Chacma Bush Camp, a laid-back luxury oasis in the teeming wilds of the Greater Kruger.”

I’ve visited Chacma Bush Camp on more than one occasion, and each time was an absolute delight. Proprietor Luan Oosthuizen and sidekick Em Gatland endeavour to give guests a deluxe bush experience, without the air of ostentatiousness pervasive in many high-end bush lodges nowadays. This is unapologetically Africa, but served up with a side of luxury.

Chacma is situated in the heart of the raw and undulating 8 000ha Maseke Balule Game Reserve, and you get the feeling that its location wasn’t chosen by accident. At its rear, a rocky koppie (home to a troop of chacma baboons and the odd klipspringer) stands sentinel, while a waterhole in front of the camp attracts an array of wildlife daily, including members of the Big Five. In fact, it’s only the barely visible electric fence surrounding the camp that keeps the elephants from making themselves at home. The outdoor area comprises a lovely lapa, a sparkling pool to cool off in and an inviting deck, complete with comfy sun loungers from which to keep an eye on the waterhole. Meanwhile, the boma is perfect for evening bonfires and traditional braais.

Accommodation consists of three comfortable chalets largely of stone and thatch, which blends seamlessly into their rocky environment. The spacious Klipspringer suite accommodates a family of six and comes with one of the ultimate bush novelties – an outdoor shower; the Grysbok suite is ideal for families with two separate rooms: the master perfect for Mom and Dad, while the other smaller room with bunkbeds is great for the munchkins; and the Steenbok, which sleeps a further three adults and is closest to the waterhole with a well positioned deck providing front-row seats to the frequent big-game action that the water source attracts.

Days at Chacma are tranquil and easy. You could also tailor them exactly to your mood on any given day. When you feel like a world-class game drive in one of the most game-rich areas in Africa, guided by the crème de la crème of game rangers, just let the managers know… Expect to see lion, plenty of elephant, rhino, cheetah, a diversity of antelope, buffalo and even leopard. The Maseke and Balule reserves share unfenced borders with the Kruger National Park, which means there’s no end to the list of game one might spot on drive. Also keep your eye out for the wonderful diversity of birds on show here, from herons, kingfishers and plovers to a kaleidoscope of robins, chats, coucals and, of course, various raptors prowling the skies.

Game drives might deliver you to any number of spectacular viewpoints dotting the reserve where either a morning coffee or a sundowner can be enjoyed, including one on the banks of the gushing Olifants River where rows of crocs bask on the banks and bloats of hippos wallow in the shallows.

Of course, if you were so inclined, you could also opt to sleep in and slowly make your way down to the glassy pool for a mid-morning swim and a lazy tanning session on one of the sun loungers before breakfast is served.

Late afternoons hold more of the same, and you can almost be guaranteed that your evening drive will serve up a whole different menu of game than the morning’s, including the possibility of spotting shy critters such as civets, servals, leopard, hyena and even aardwolf if you’re very lucky. Bush sunsets here are simply staggering, especially when viewed from a particular outcrop that overlooks the green undulations of the reserve, and a big waterhole at the foot of it.

Arriving back from your evening drive, dinner is an event in itself, especially on those boma braai days, when a selection of meat is cooked to succulent perfection over sizzling coals.

Chacma’s staff will never let you want for anything during your stay; they’re at your every beck and call and the camp managers also happen to make for excellent, knowledgable company, with a repertoire of funny bush tales that will have you slapping your knee late into the night.

It’s a wonderful bush escape far removed from the busy roads of the Kruger. It’s never over crowded, with no more than two vehicles at any given sighting, and sometimes just one. It’s private, secluded, and ideal for those looking to recharge, destress and rewild.

For those seeking a little more adventure, check out Africa on Foot Wilderness Trails, a thrilling and thoroughly informative three-day walking safari through the same reserve, with mobile camps pitched in a different location each night. 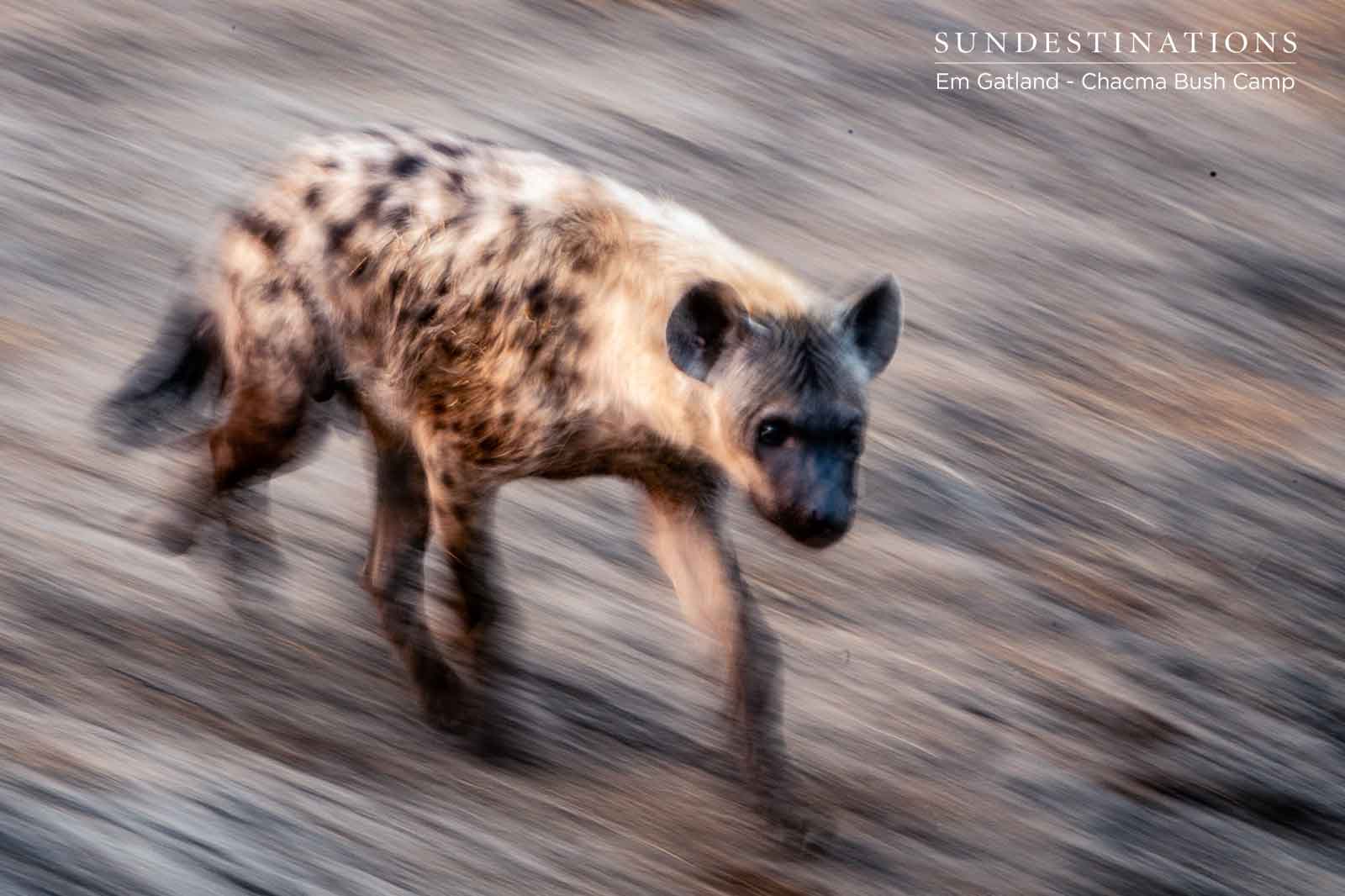 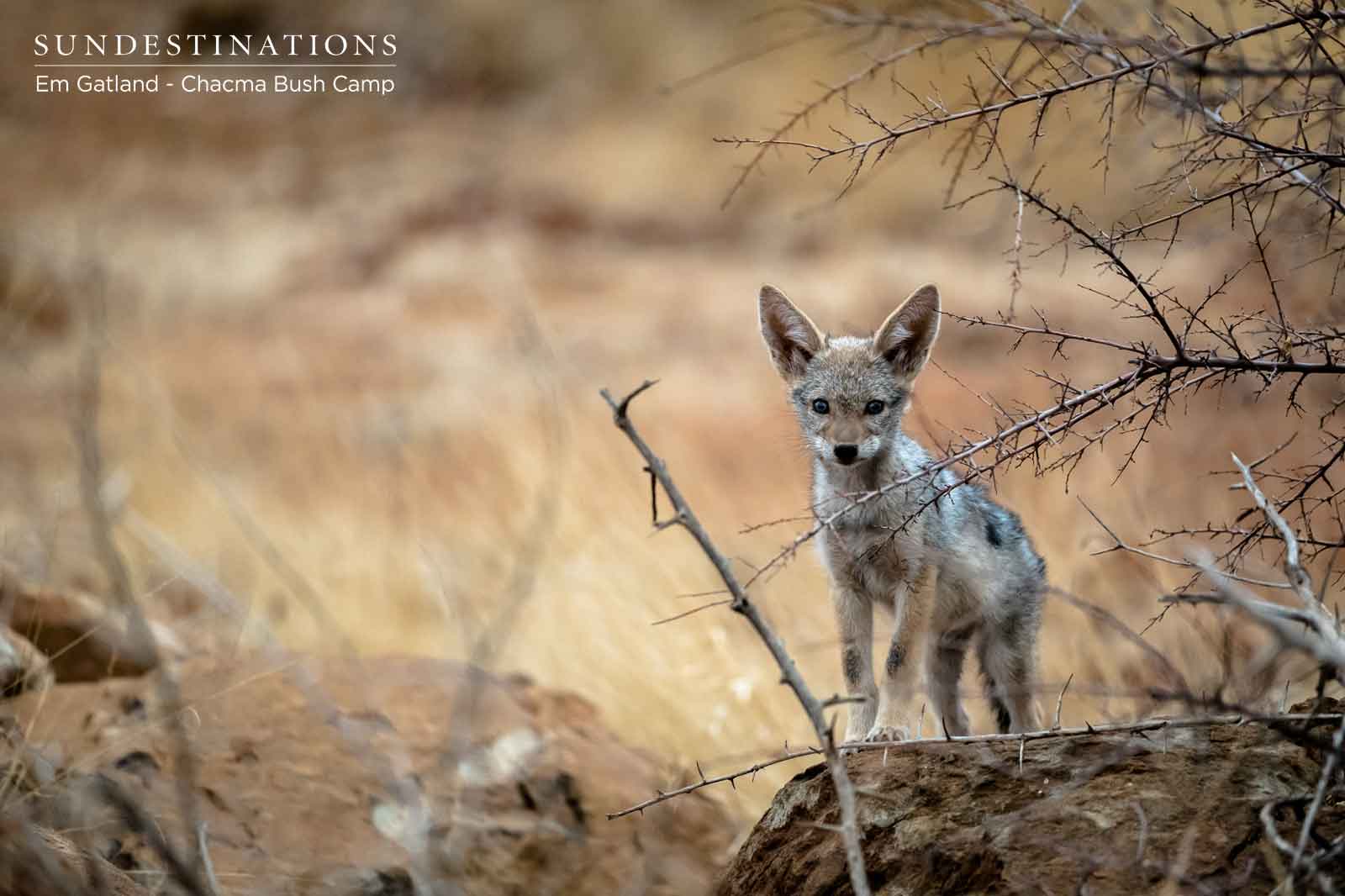