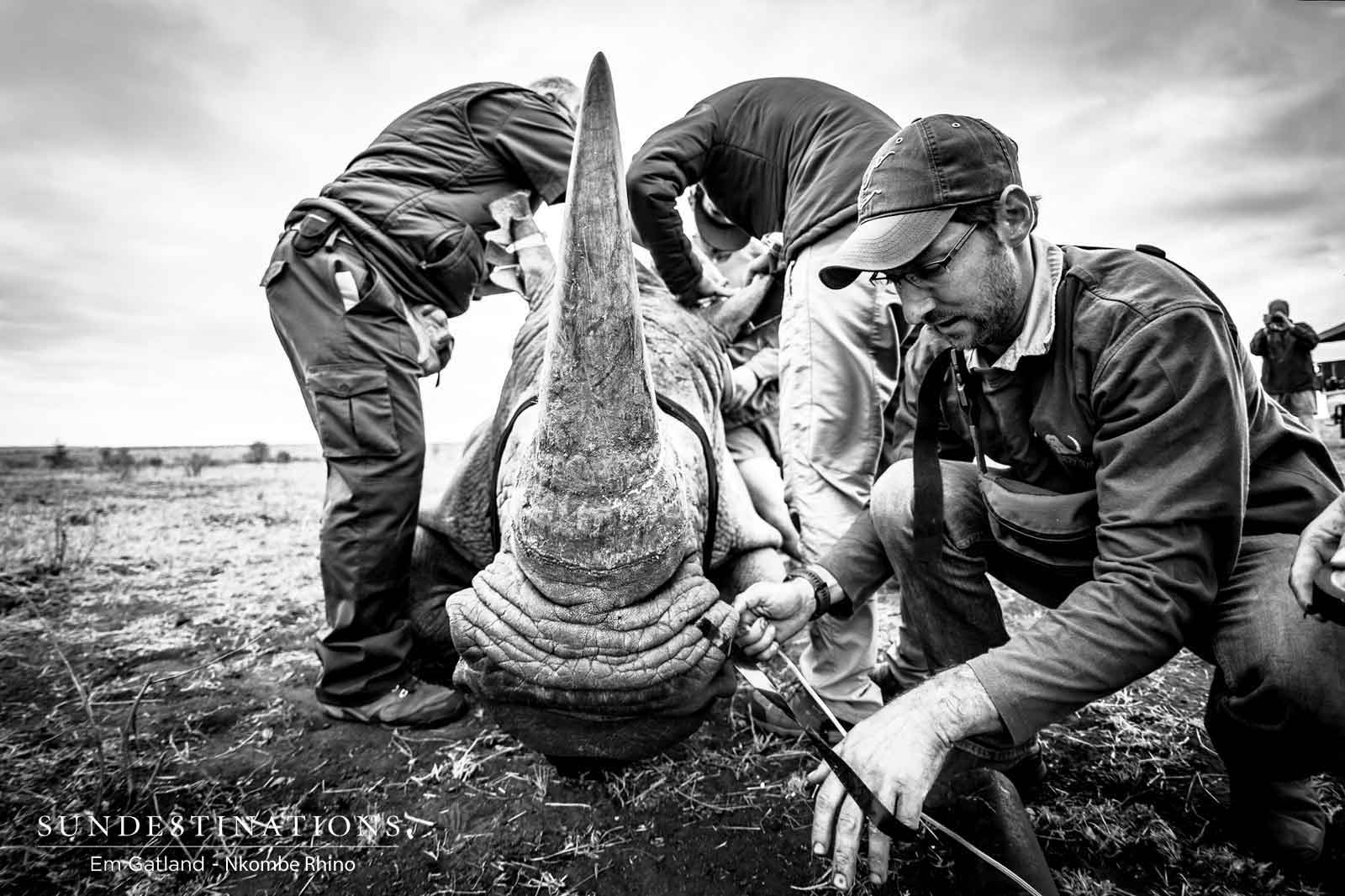 Nkombe Rhino is a South African NPO that aims to provide support and protection of endangered wildlife species. Since its inception, the core focus has been to deliver funding and provisions to the dedicated men and women at the forefront of this ongoing crisis that is rhino poaching.

Due to the increasing demand for rhino horn in the East, Nkombe has focused a great deal of its resources on this iconic species, knowing that protecting these animals will also safeguard the other species surrounding it. Over the last decade rhino protection has escalated from a portion of attention needed by reserve management, to para-military operations.

With some of the most successful methods being, foot patrols, informant involvements, canine units, improved fencing methods and dehorning. Nkombe Rhino has been part of various dehorning projects in the Hoedspruit area and the results have proven to be an effective tool in the ever-changing toolbox of counter poaching efforts.

The Manyeleti Game Reserve is one of the hardest hit areas for rhino poaching in the world, and in a recent event Nkombe Rhino partnered with this reserve to assist and support them in successfully dehorning their population of rhino.

The organisation also funded this vital operation, including all the veterinary costs, the fixed wing spotter plane and the two different companies of helicopter support that were required to complete this task effectively.

The dehorning of a rhino is a painless procedure, similar to humans clipping their fingernails, as both are made up of comparable keratin based materials. A rhino is first located by our team in the air, then sedated by the vet in a helicopter, after which a ground crew then stabilises the animal, before safely removing the horn with a chainsaw.

The vet measures 8-10cm above the base of the horn, ensuring they don’t cut into the “nail bed” or close to nerves. The remaining horn is then ground smooth; and the animal is back on its feet in 20-30 minutes later.

This event was the first pioneering step in a direction where NPO’s and government reserves can work together for a common goal. Nkombe Rhino wants to initiate this method, ensuring the conservation team in South Africa grow closer together, collectively having a bigger impact.

Dehorning may not be an ideal solution but it has already proved to be successful in diverting poachers from reserves with dehorned rhinos. With the current poaching issue worldwide, this is a necessary precaution we need to take in order to try and save this species. 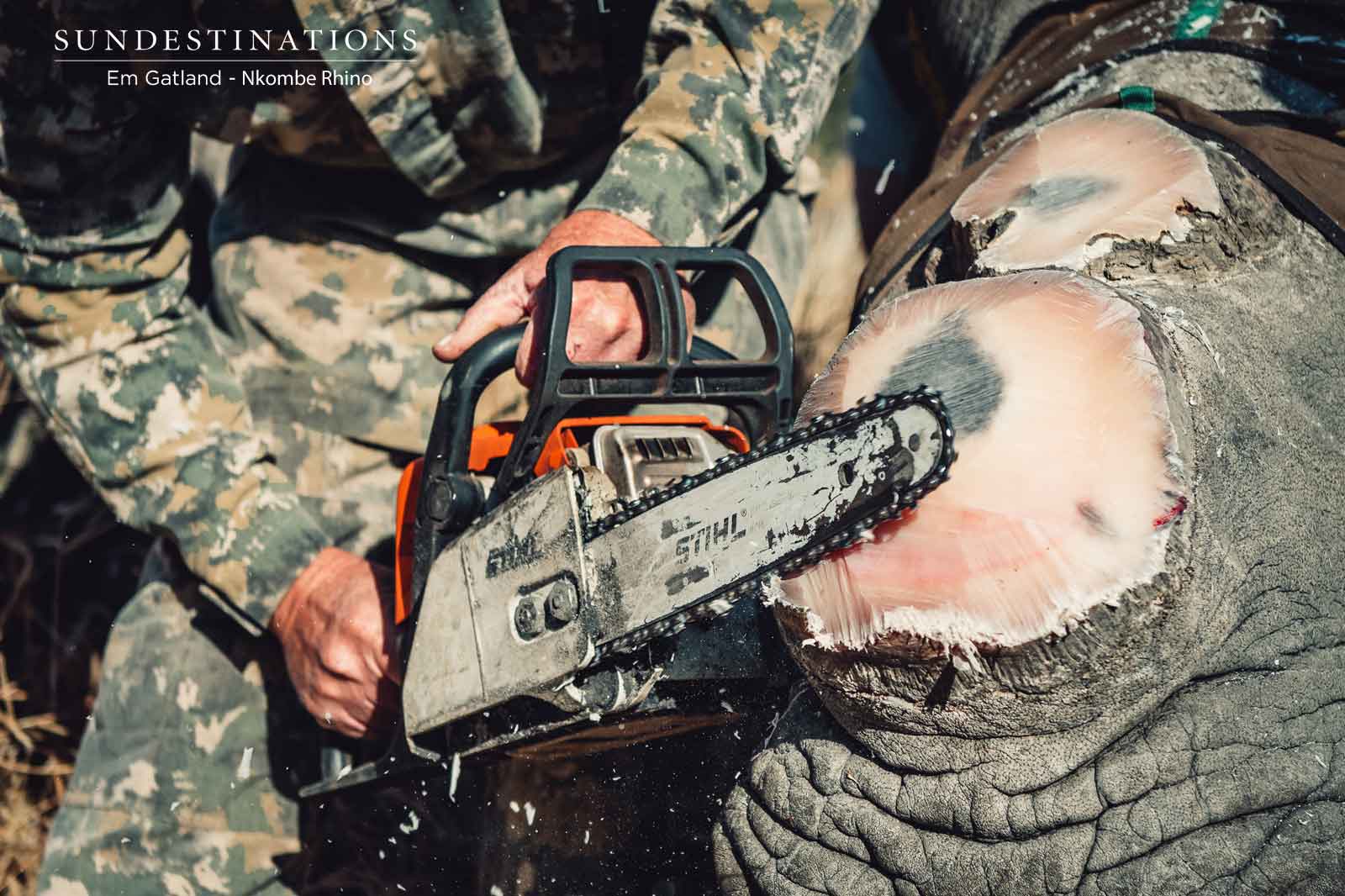 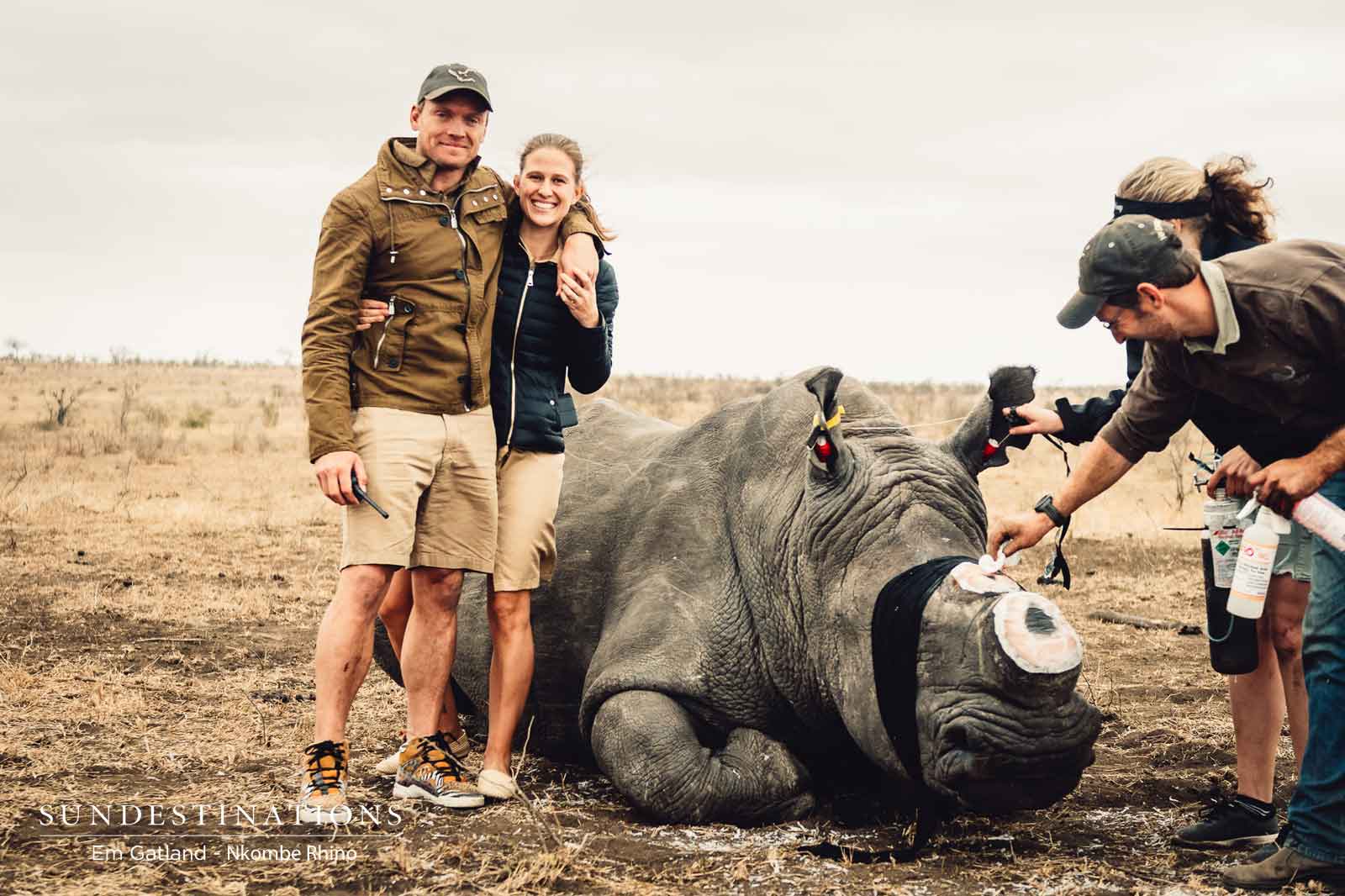 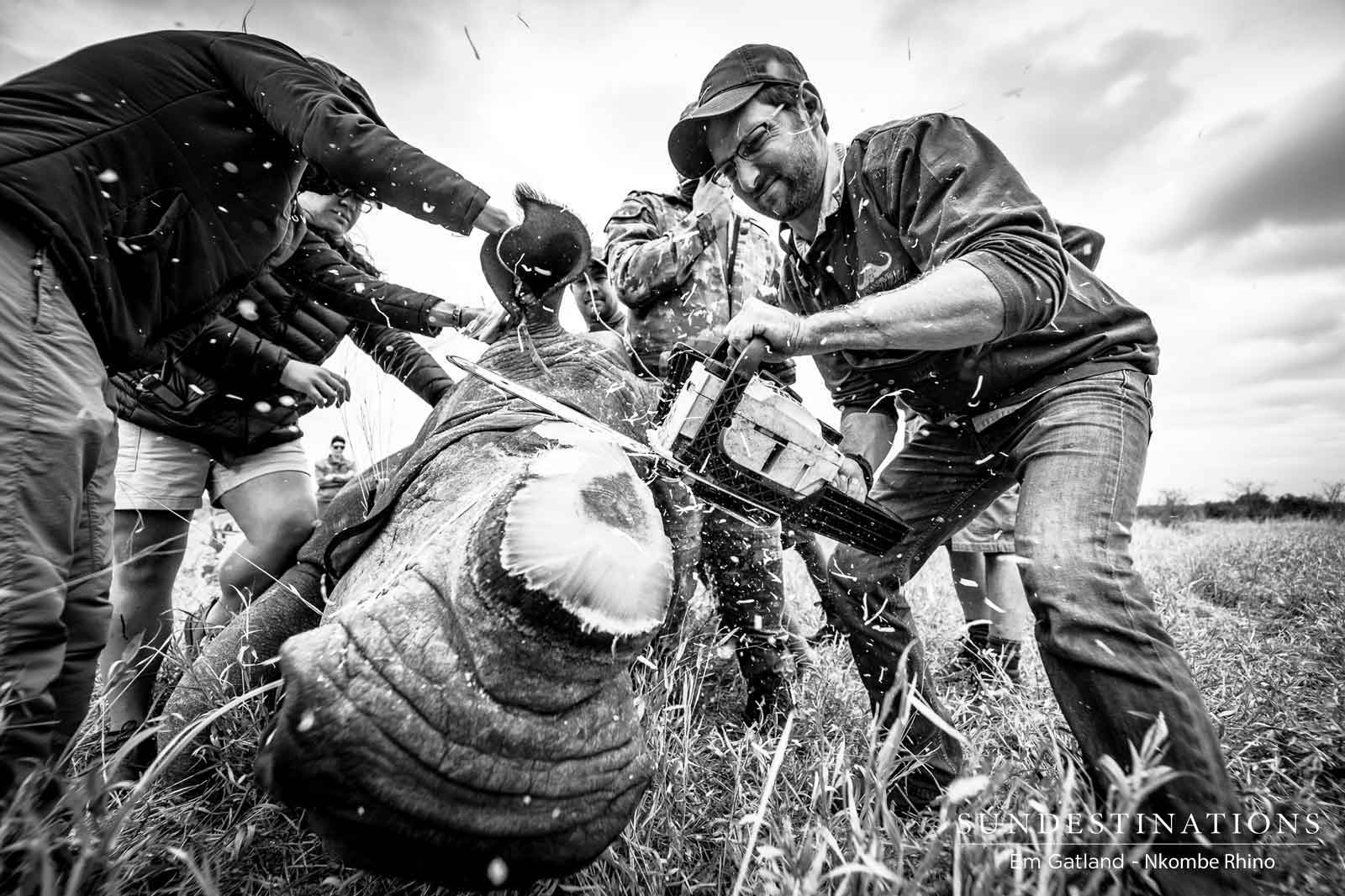 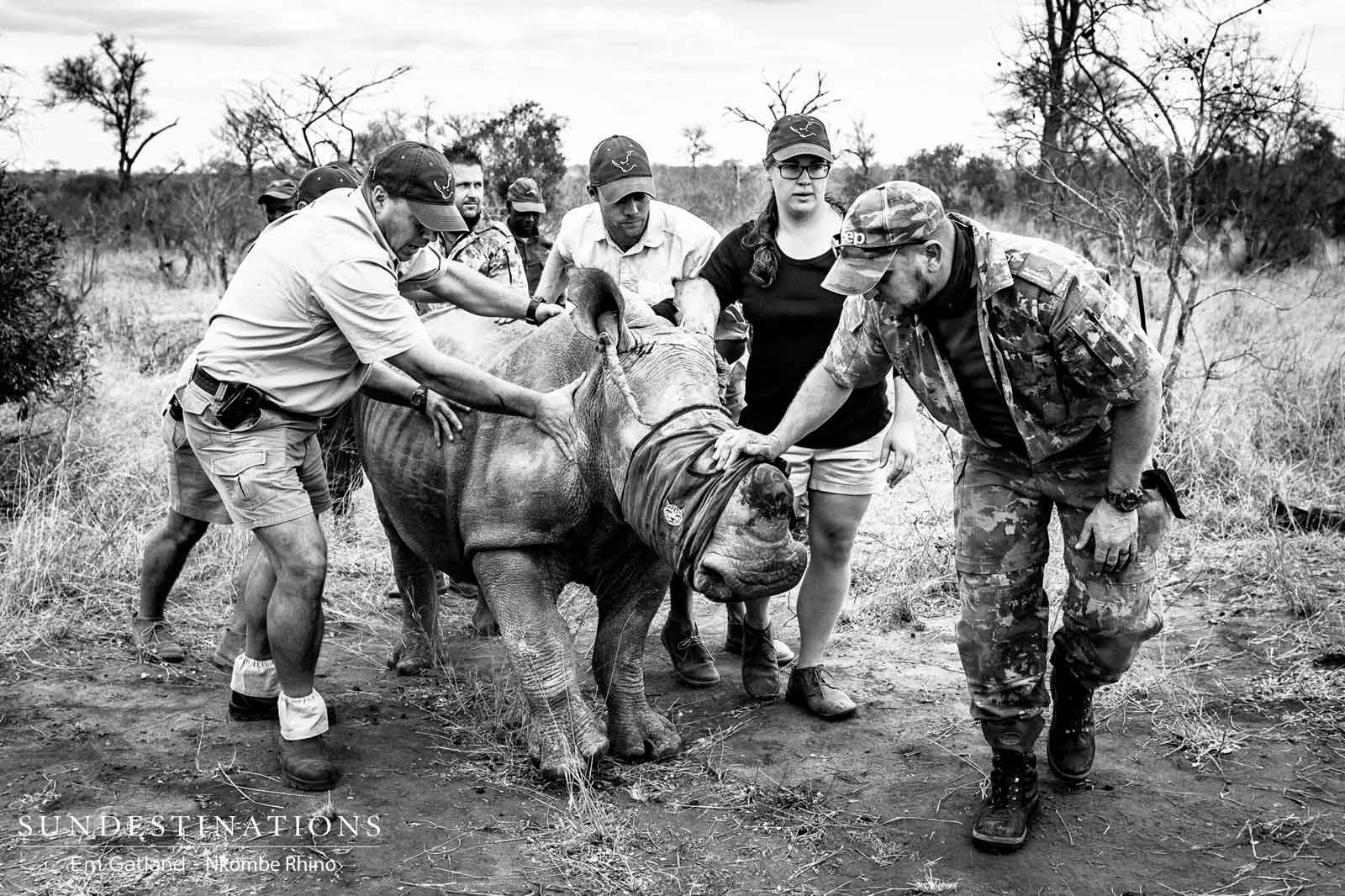 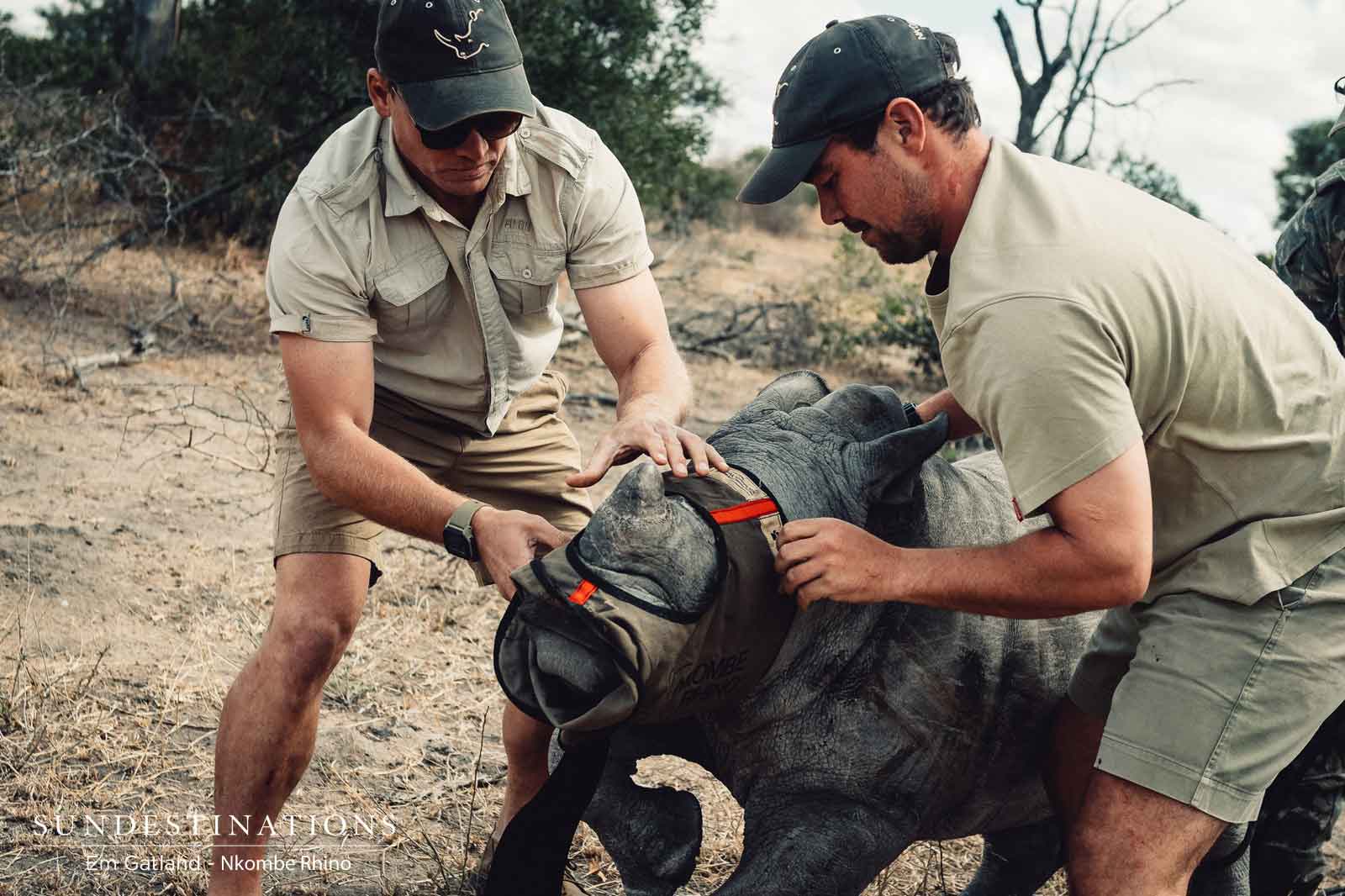 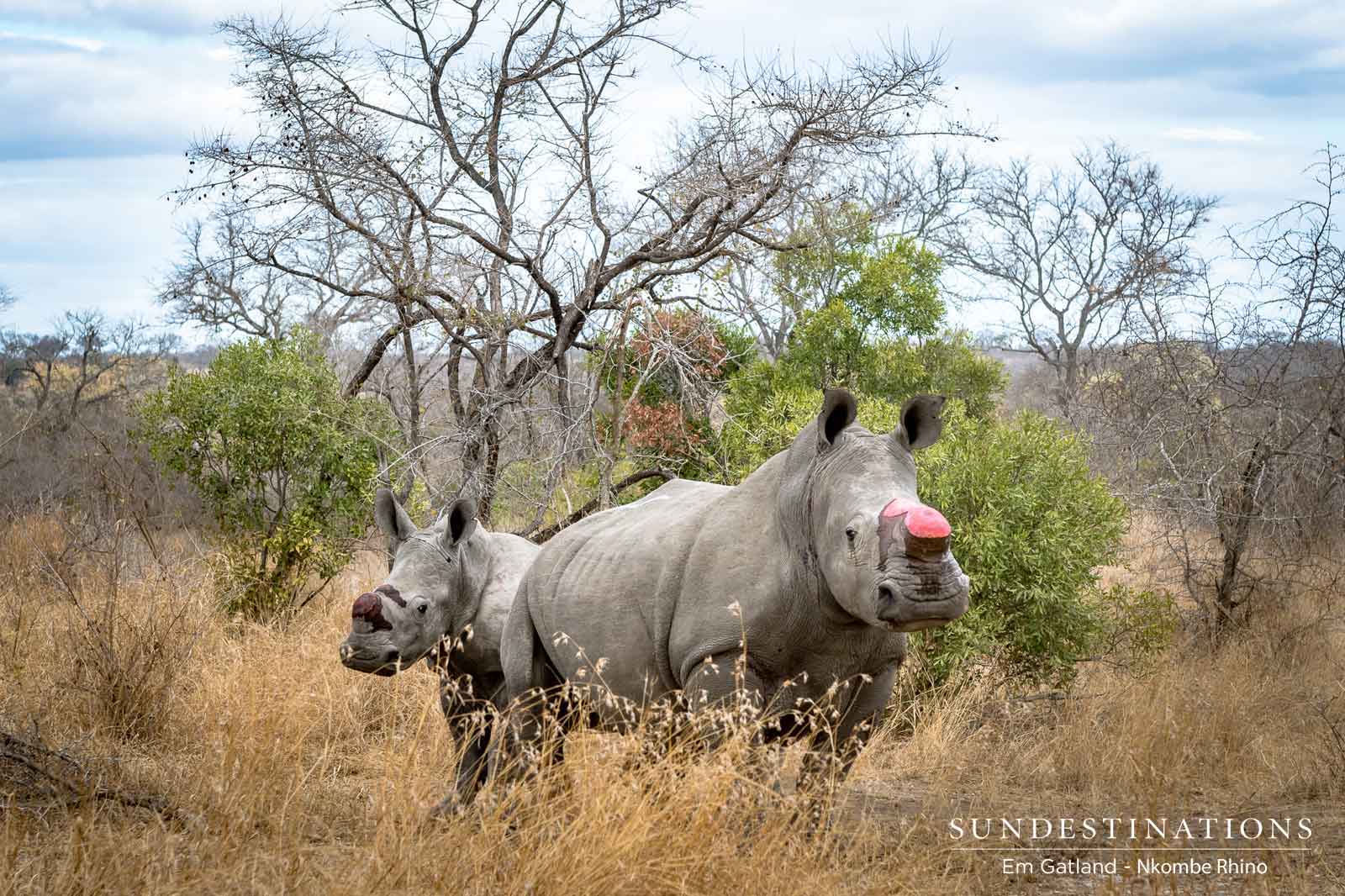 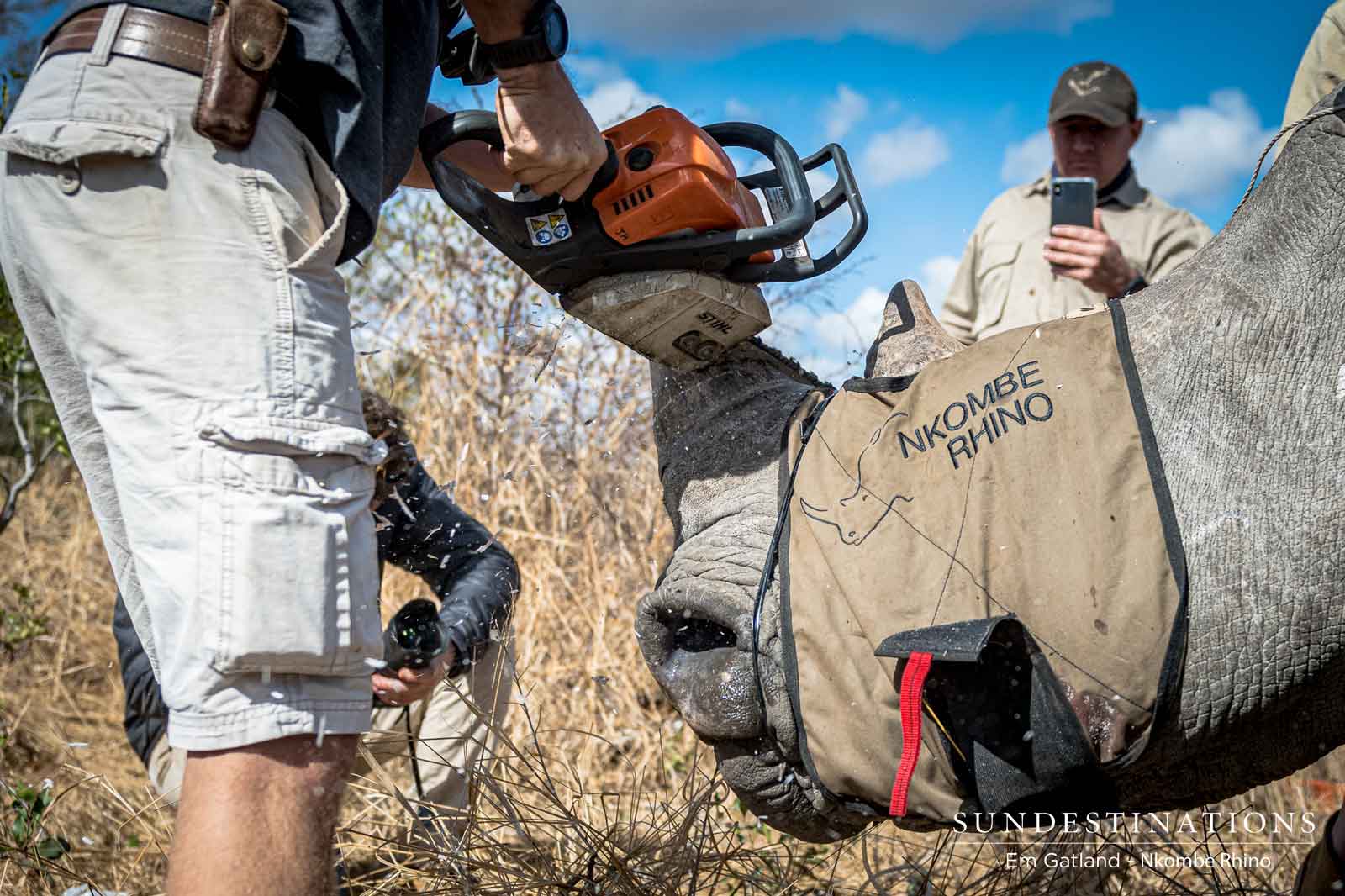 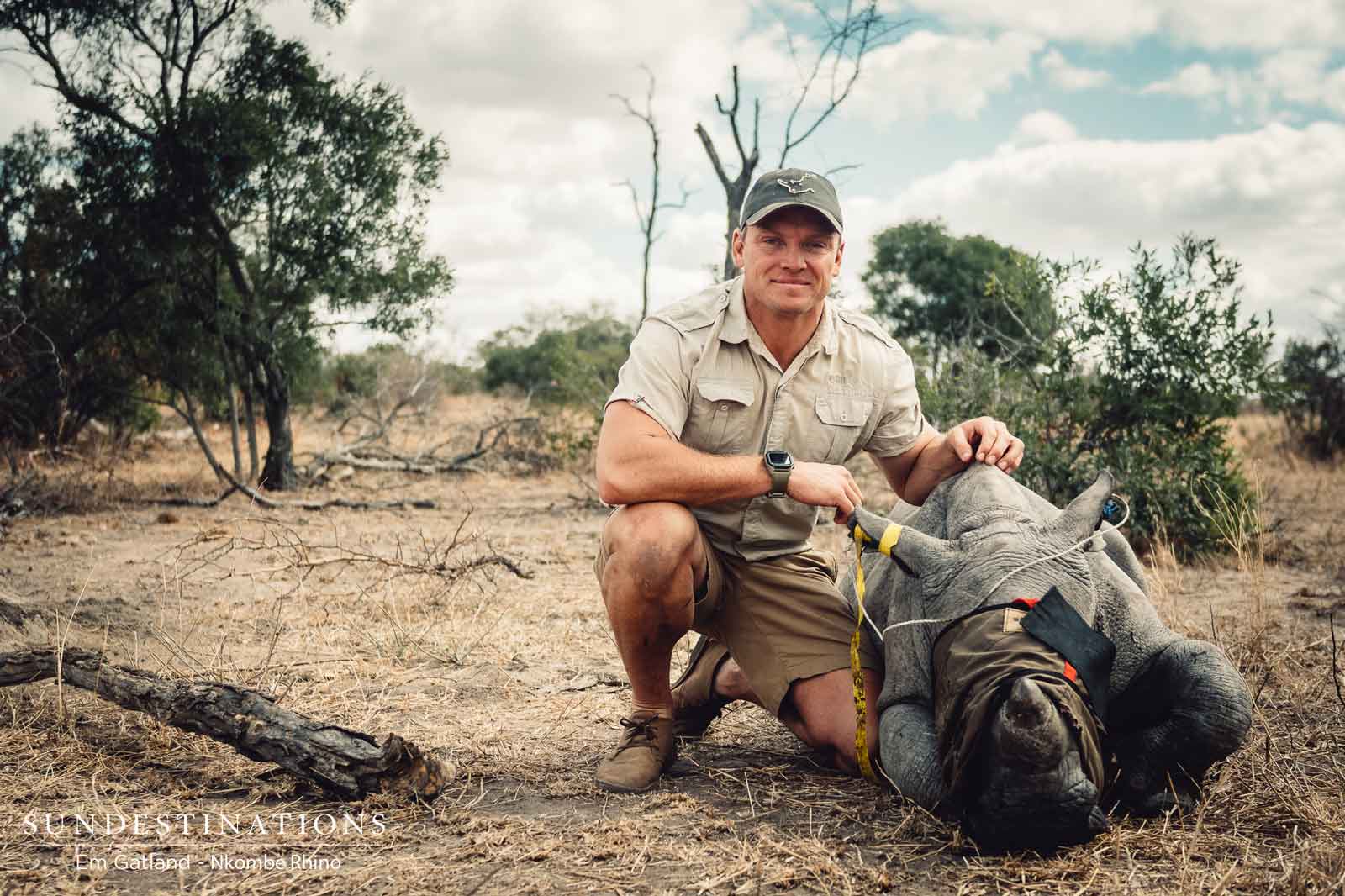