End of an Era for Trilogy as Mapoza Lions Takes Over 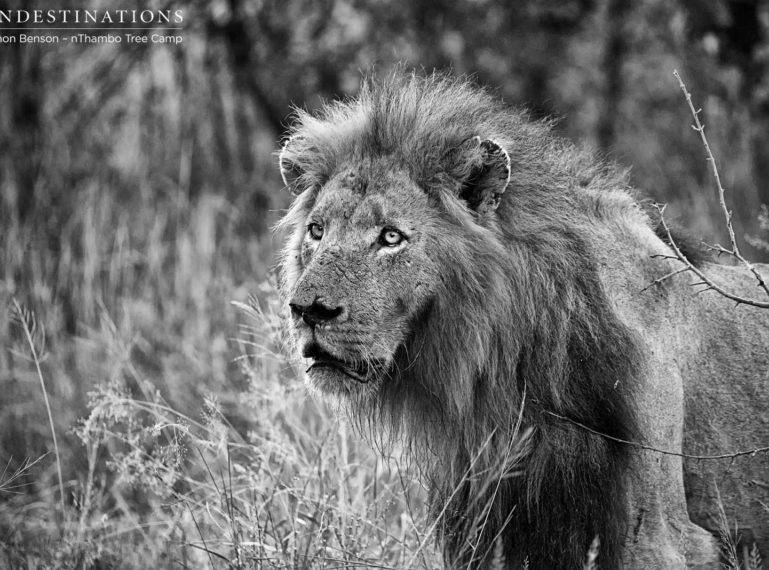 As we know, male lions spend their lives fighting for territory and dominance of prides, but we can’t help but feel some sense of disbelief when we see it happen in front of our eyes. What’s happened in our neck of the woods in the Klaserie over the weekend has left us confident that we have bid farewell to the reign of the Trilogy male lions. These 3 males arrived as nomads from the Kruger National Park 2.5 years ago and swiftly chased the Good and the Bad, as well as the rest of the Ross Pride, off their turf. We have covered their every move on our blog, Facebook page, and YouTube channel, as our guests have enjoyed superb experiences with them, and now it looks like we’re seeing the end of an era for the coalition as the Mapoza males send a message, loud an clear. This weekend, both Mapoza male lions were seen mating with the Ross Breakaway lionesses (not the first time), but there was something brazen about their most recent performance. With the last remaining Trilogy male having been seen briefly last week fleeing towards a property known as Bateleur’s Nest, it looks like the Mapozas took the opportunity to proclaim a victory by mating with the Breakaway females and roaring loudly to finish the deed. It was an unforgettable sighting for Africa on Foot and nThambo Tree Camp guests, who were viewing from close proximity in the game viewers. Over a couple of days both camps got to see these king cats in action, as lions spend a good few days mating continuously. The bonus sighting was when the younger Mapoza male ended the deed with a good roar, mere metres from Enoch, who was sitting on the Africa on Foot tracker seat!

Over the last months we have seen less and less of the Trilogy, as they have spent a good portion of time in the Timbavati after the Mapoza moved in and proclaimed their intention to stick around. One of the Trilogy males died earlier this year, leaving the duo to defend the turf. The two remaining Trilogy spent more and more time away from their old stomping ground, and we saw them intermittently when they crossed back over in pursuit of buffalo. About a month ago, it was reported that the one Trilogy male was seen alone, calling for two days straight. This was after his brother was seen in very poor condition after not recovering from wounds. Things were not looking promising for him. Then, last week, one Trilogy male was seen crossing through the property, moving quickly and without any intention to show his presence. Only days later, the Mapoza males were discovered, as shown in our video and photos, mating with the Breakaway lionesses. Is this the end of the Trilogy? With only one male left, he has no leg to stand on against an up and coming coalition like the Mapozas, and would be wise to move off. What lies ahead for this male is a possible nomadic lifestyle, or attempting to take over a pride where there is no existing dominant male. He might fight for territory, and this might kill him, but he might succeed and take over – we can only theorise what could lie ahead, but it is unlikely we will see this male on his old territory again. What will our future hold with the two Mapoza males in charge? We’re excited for the future of the Klaserie lions!