How South Africa’s Drought has affected the Klaserie 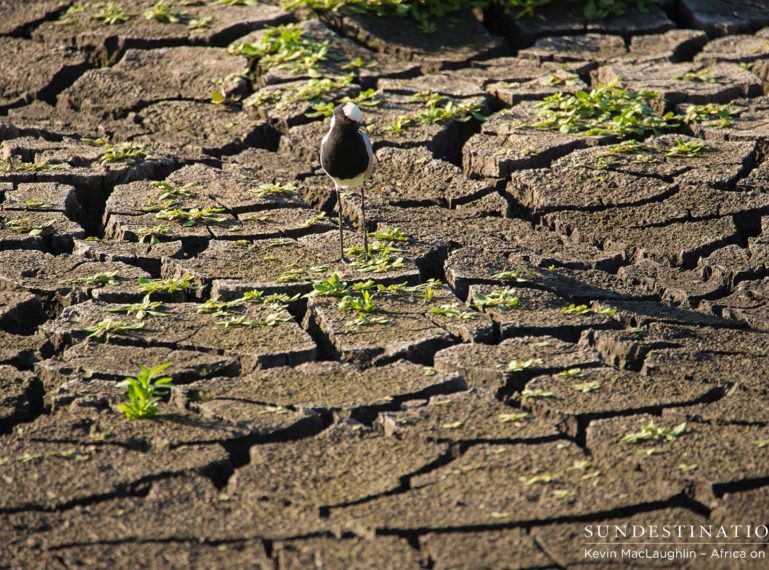 Africa on Foot and nThambo Tree Camp owner, Courteney Blunden, has spent many years in the bush, witnessing the coming and going of the seasons. Water is essential to life, and the current drought in South Africa has had an undeniable effect on the animals in the Klaserie, but all is not lost. Take a look at what Courteney has to say about this situation we are facing.

“The winds of change have blown across the Klaserie. Over the past few years we have been accustomed to good, steady rainfall. This season has brought on something different and the bush and its animals find themselves facing a drought.  To many, the word ‘drought’ is associated with negative aspects, like starvation, desolation and death. These factors are a reality especially for the herbivores which live in the Kruger National Park. Although there are places where animals can get water to drink, this doesn’t help them get the food they need to survive and prepare their bodies for the winter. The main herbivores to suffer will be the bulk grazers like hippo, rhino, zebra, and wildebeest. Buffalo will take strain too, but fortunately they also browse and if the drought is restricted to one season, the foliage on trees and shrubs should be enough to see a large percentage of them through. Kudu still look in good condition, as do the other specialist browsers, like giraffe. The elephants will start to move in massive circles in order to sustain their daily intake of plant material. They will dig out bulbs and roots and strip trees of their bark to get to the rich starch and sugary layers beneath. The massive pachyderms will consume vast amounts of leaves, fruits and flowers to substitute for the lack of their usual bulk supply of grass. Their feeding rampage will be evident in the scars left behind on the trees and grey bush. This seems to paint a fairly grim picture about the place we call home, but not all is lost! While the herbivores struggle, their counterparts of the wild begin to thrive. Big cats, wild dogs, hyenas and even aquatic predators like crocodiles relish the situation! Water holes become few and far between and the precious ones that remain set the stage for some epic kills and predator-on-predator interaction. Sometimes the impossible becomes possible with species like lion and elephant clashing. Weakened by thirst and hunger, bigger animals are no longer as formidable as they once were. Because of the the glut of weakened prey species, predator numbers also start to increase; cub and pup success rates goes up, helping restore the mega prides and clans that our area has been famous for! New prides of lion start to emerge as they are forced to follow their prey to unexplored areas – this adds to the excitement and thrill of being in an open system where anything can happen. Wild dog packs and cheetah cover vast areas and become more regular visitors to areas of the park they don’t usually frequent. As humans, it is not always easy to observe nature in its purest and most cruel forms – drought definitely being one of them. However, there is a reason for everything, and in the end those who are lucky enough to work in or go on safari will witness its splendour. It is all just another chapter of nature’s never ending story.”