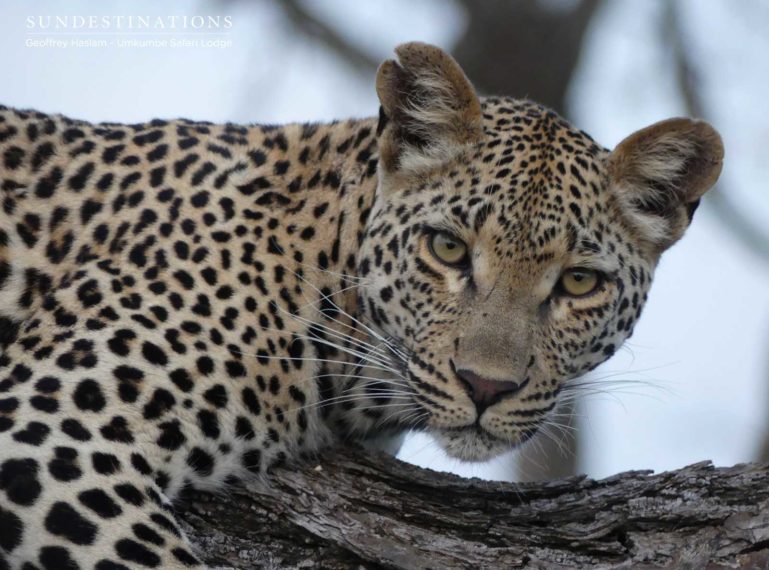 A lookbook is a collection of visual masterpieces designed to showcase the exquisite and smouldering looks of a particular subject. Historically, a lookbook is something photographers use as a portfolio for their work. We’ve decided to use the concept of a lookbook to highlight our ranger’s recent leopard photos, each of which brings something unique to the table. Ranger Geoffrey and Zanelle have taken advantage of perfect lighting to create exceptional compositions that capture the essence of our mysterious Sabi Sand leopards. These photos have all been taken over the past month while out on game drive, which means it’s fresh batch of images from our wealth of leopard sightings.

Here’s a quick intro into the leaps of leopards we’ve spotted while cruising the crunchy roads and bounding through lush vegetation:

The slender Natumi female is Little Bush’s cub, and is in the region of 12 – 18 months, which means she’s on the border of being tied to her mother’s apron strings and leading a solitary lifestyle. She prowls the periphery of her mother’s territory and leopards of this age will occasionally meet up with their mother’s to conduct hunts. Natumi was seen devouring her own kill in the safety of a tree, and,when spotted on other occasions without without a kill in her jowls, she seemed completely relaxed and comfortable in our presence. 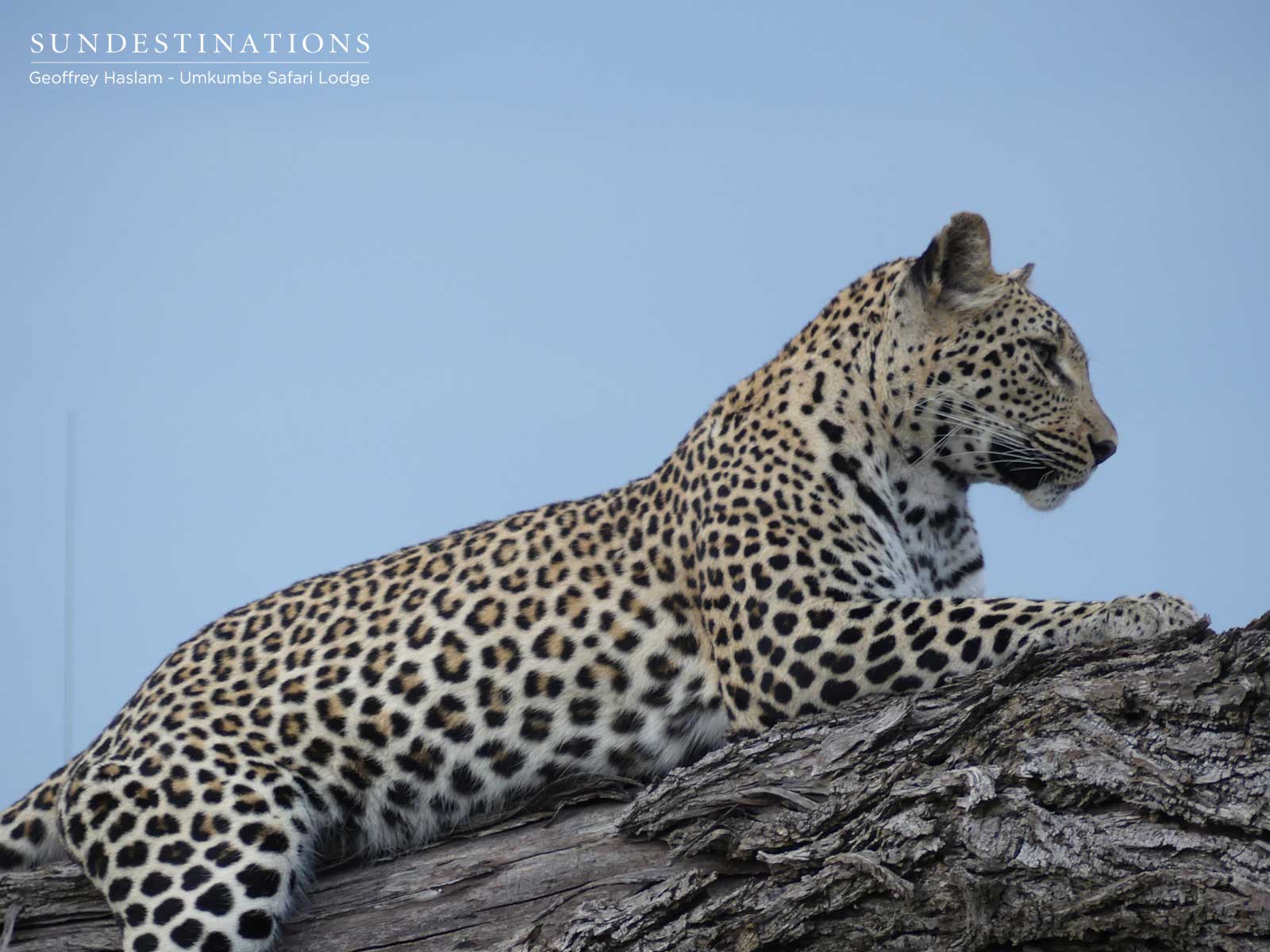 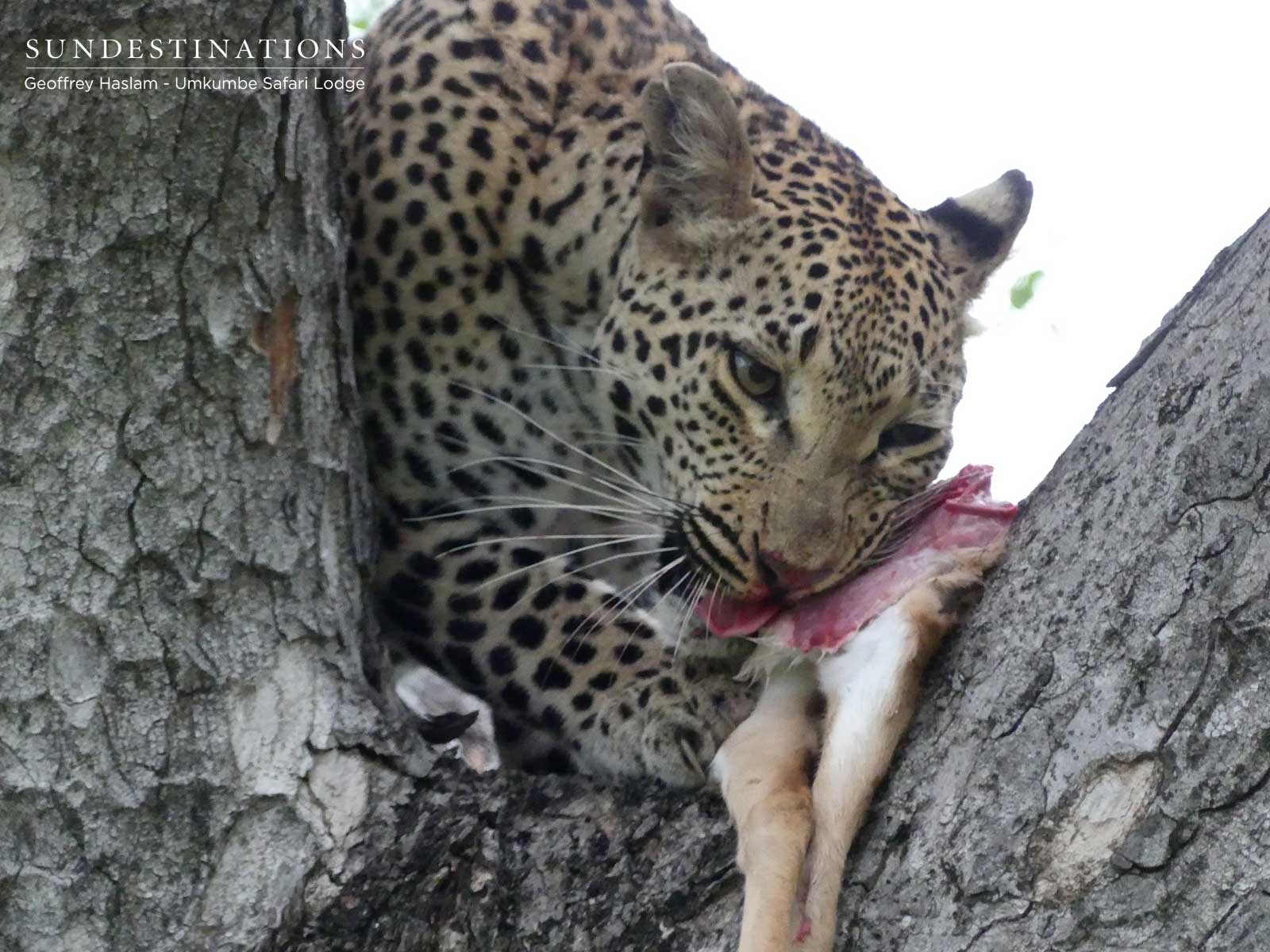 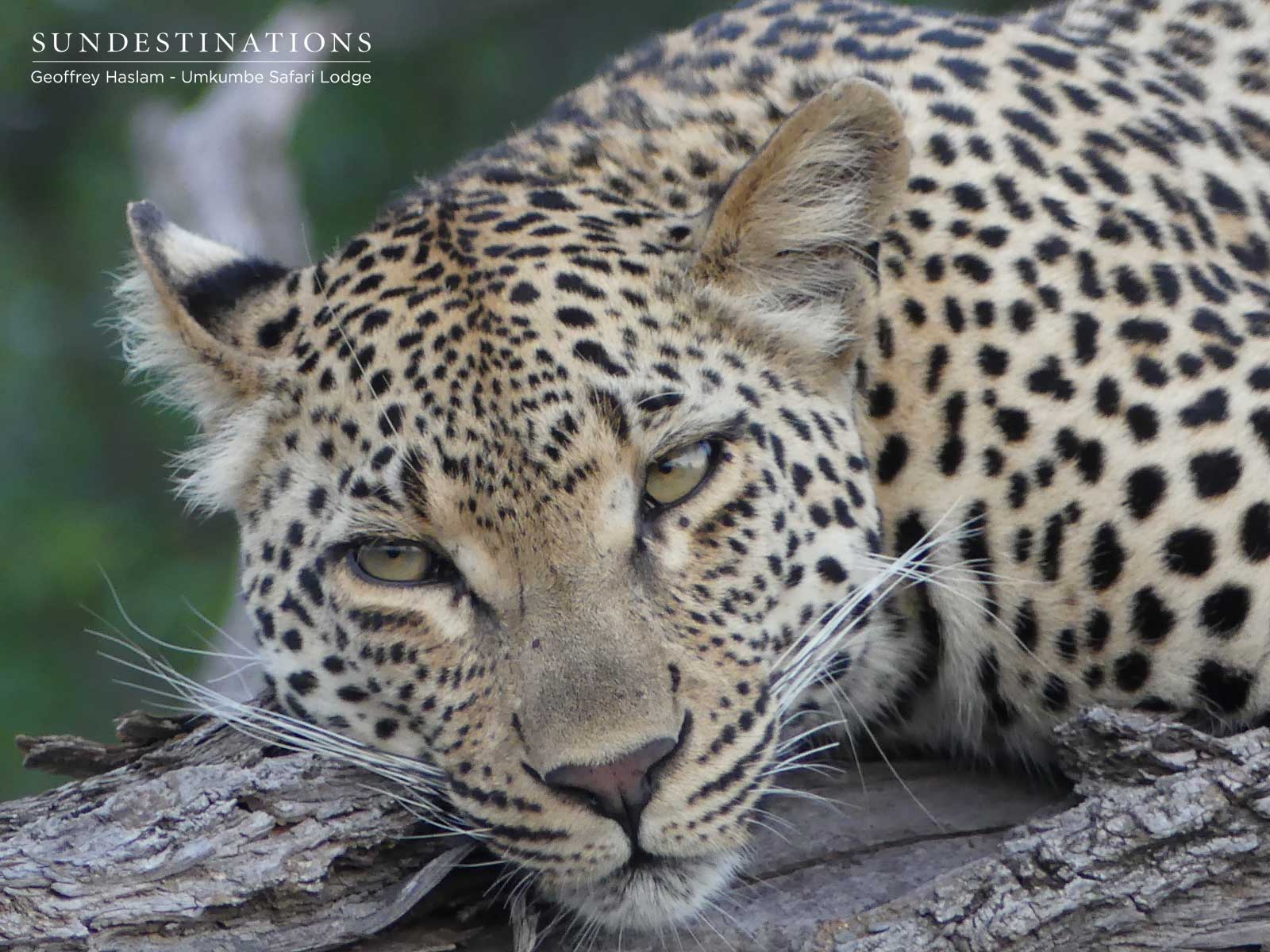 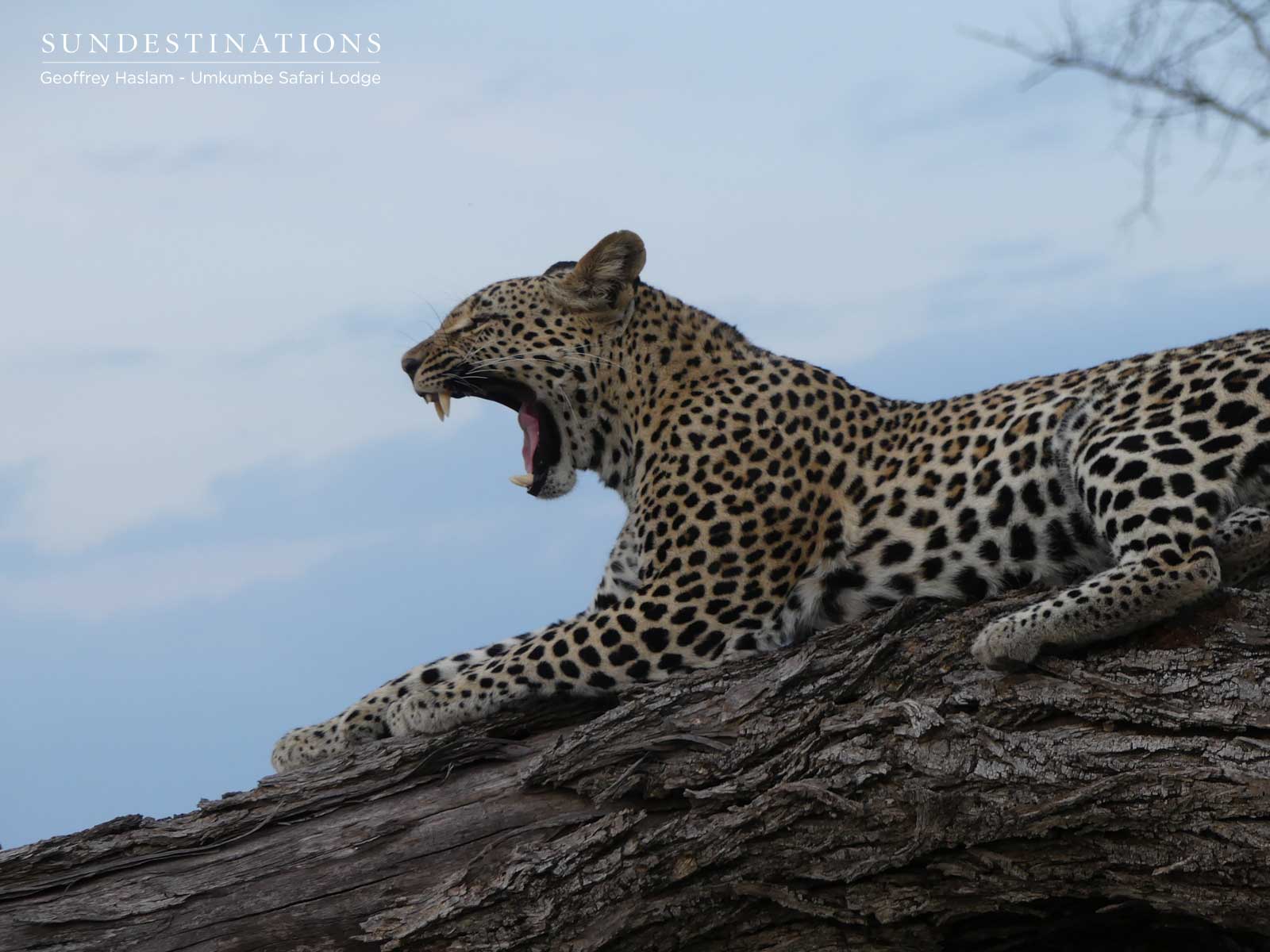 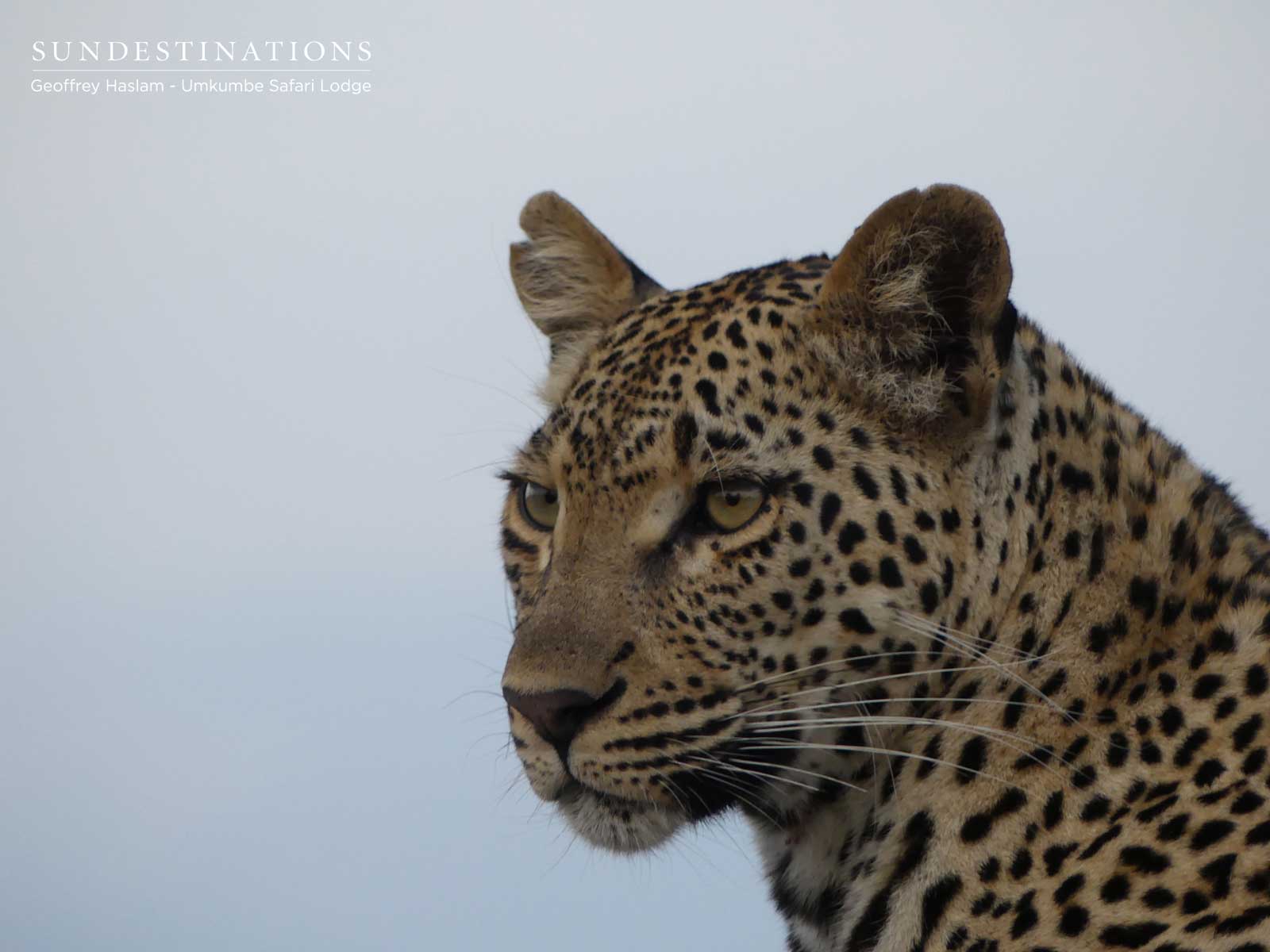 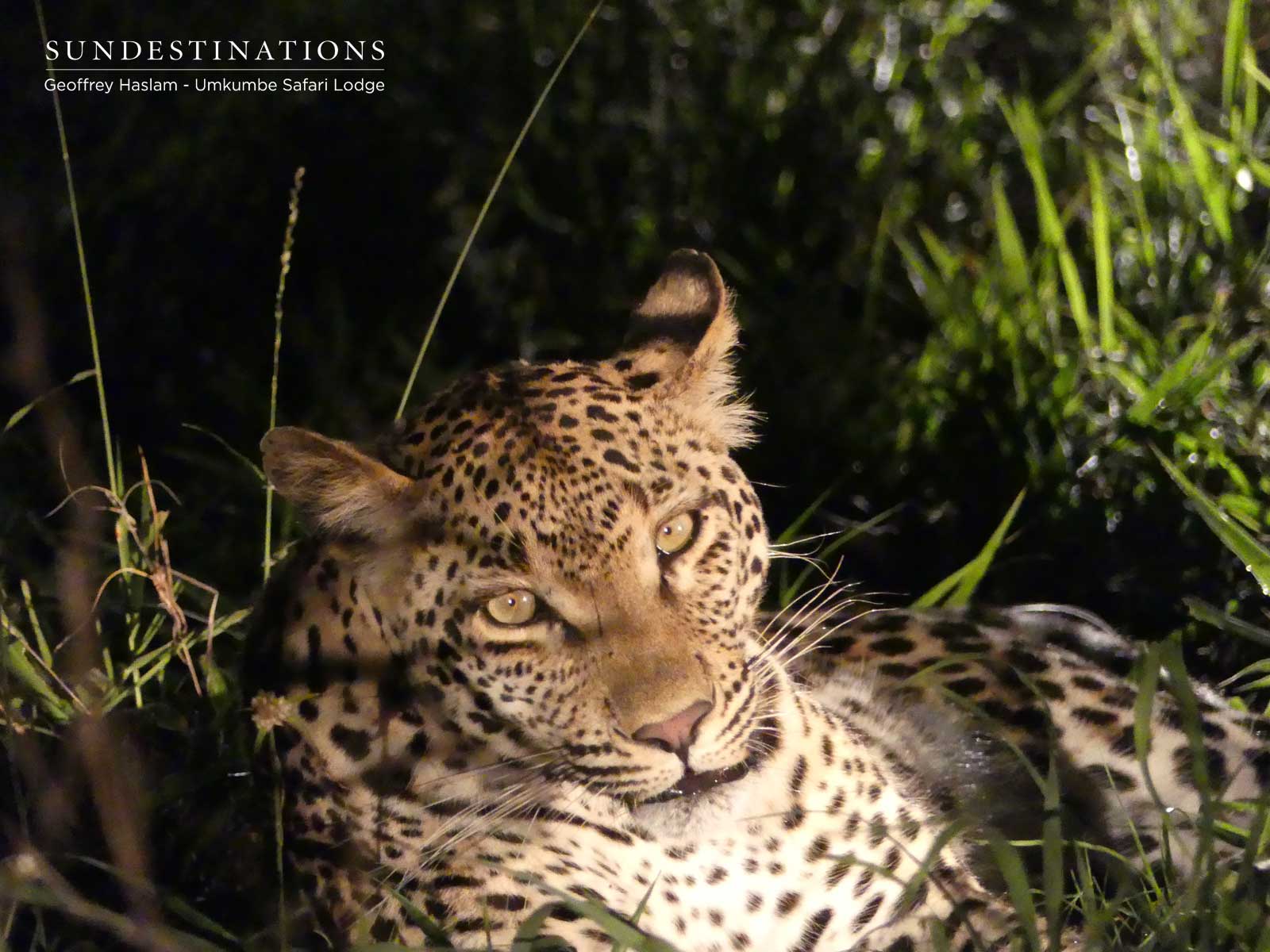 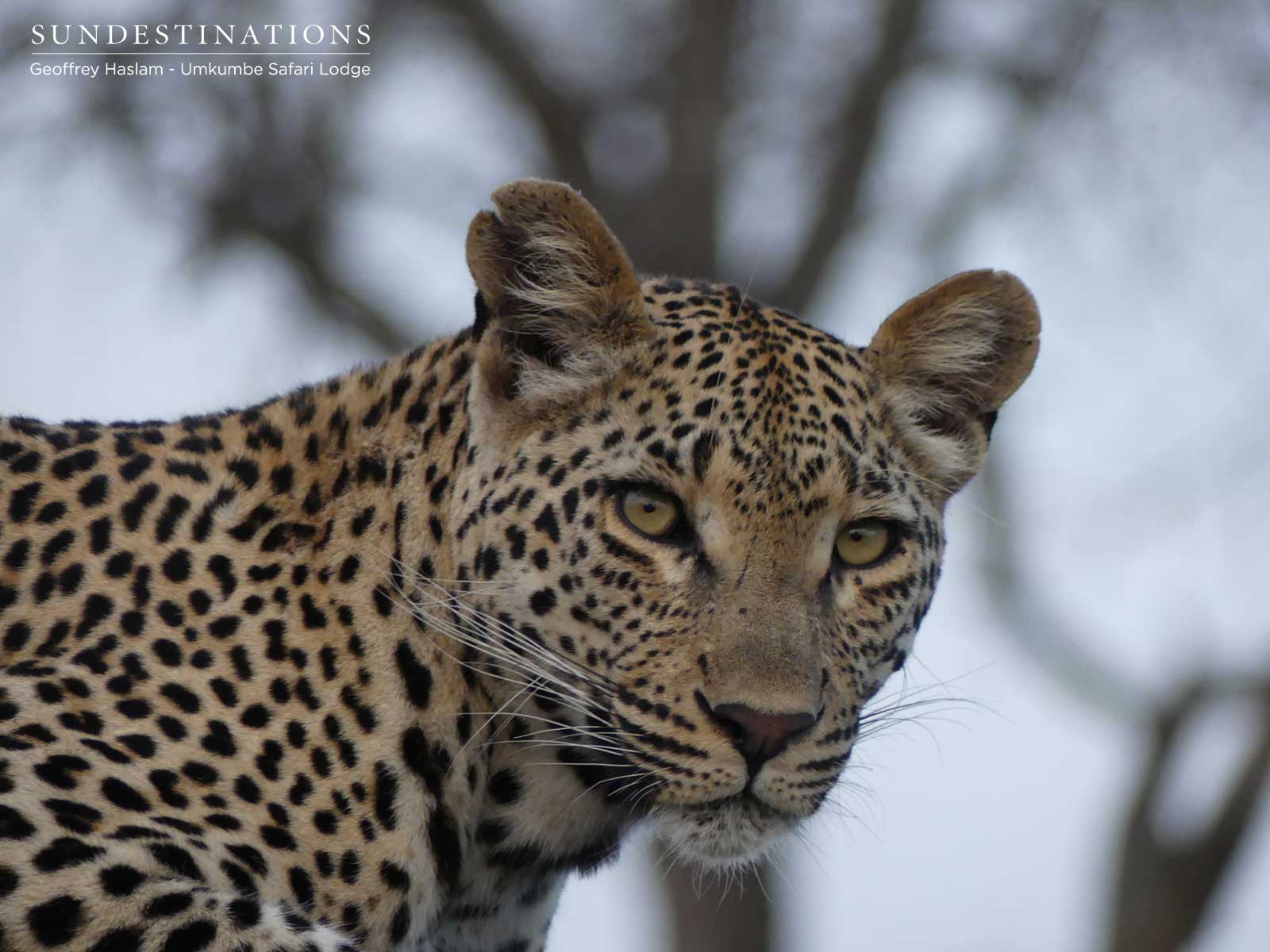 Little Bush is the mother of older leopardess called Kigelia and another youngster called Natumi. Little Bush is a firm favourite on our traverse, and is spotted regularly. She’s a graceful cat shrouded with the mystery of typical leopard behaviour, but does remain quite shy in her demeanour. 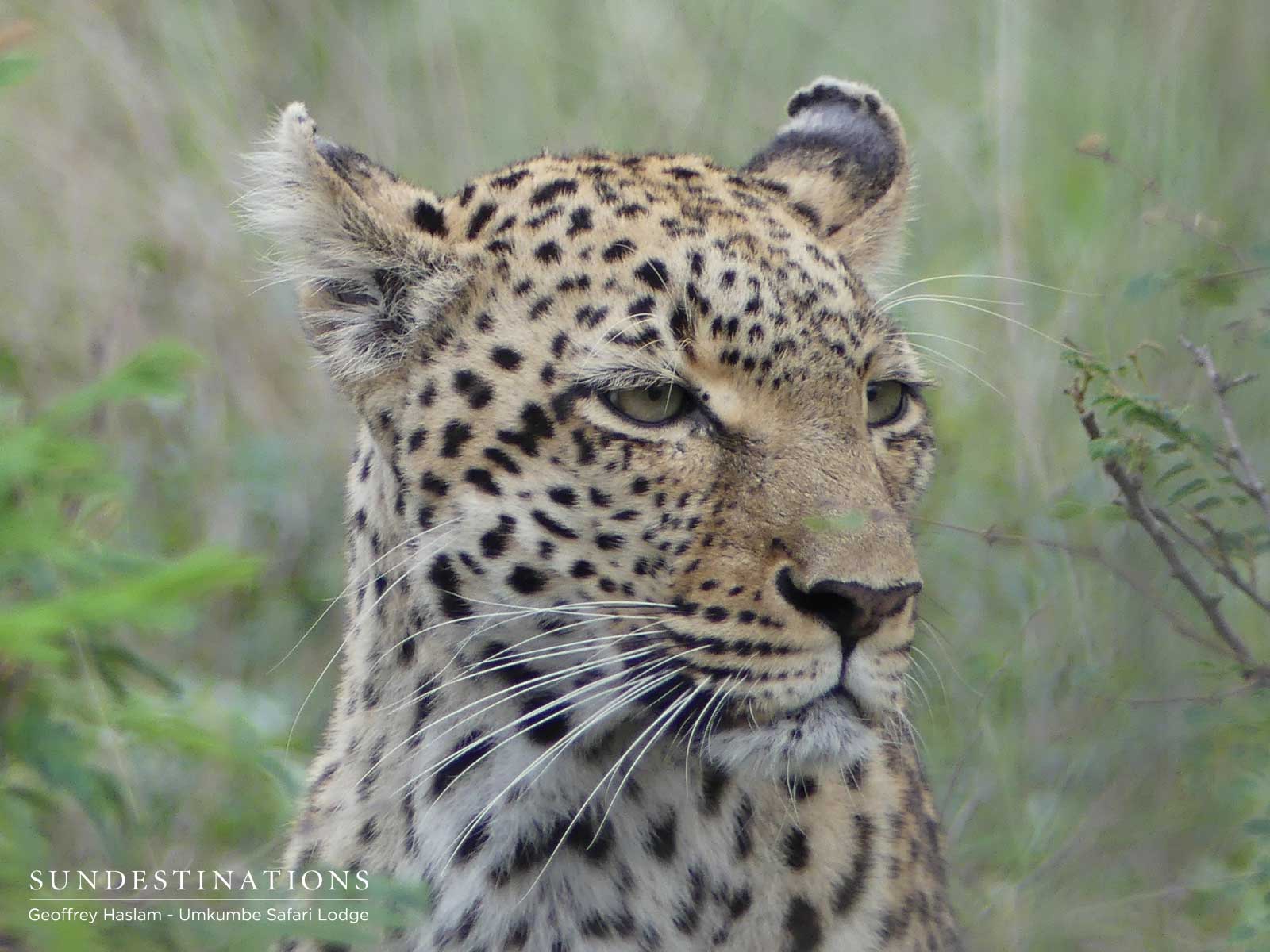 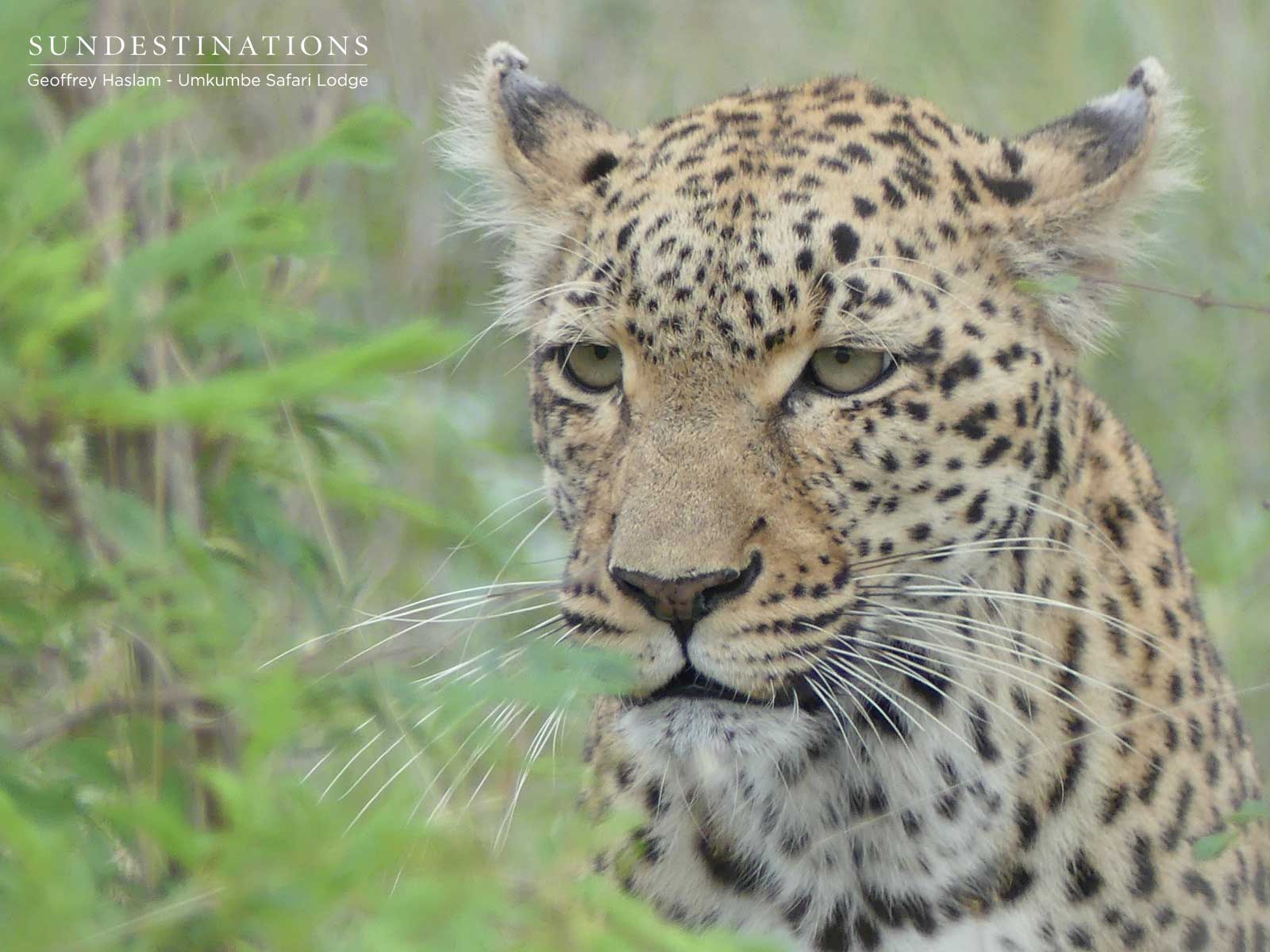 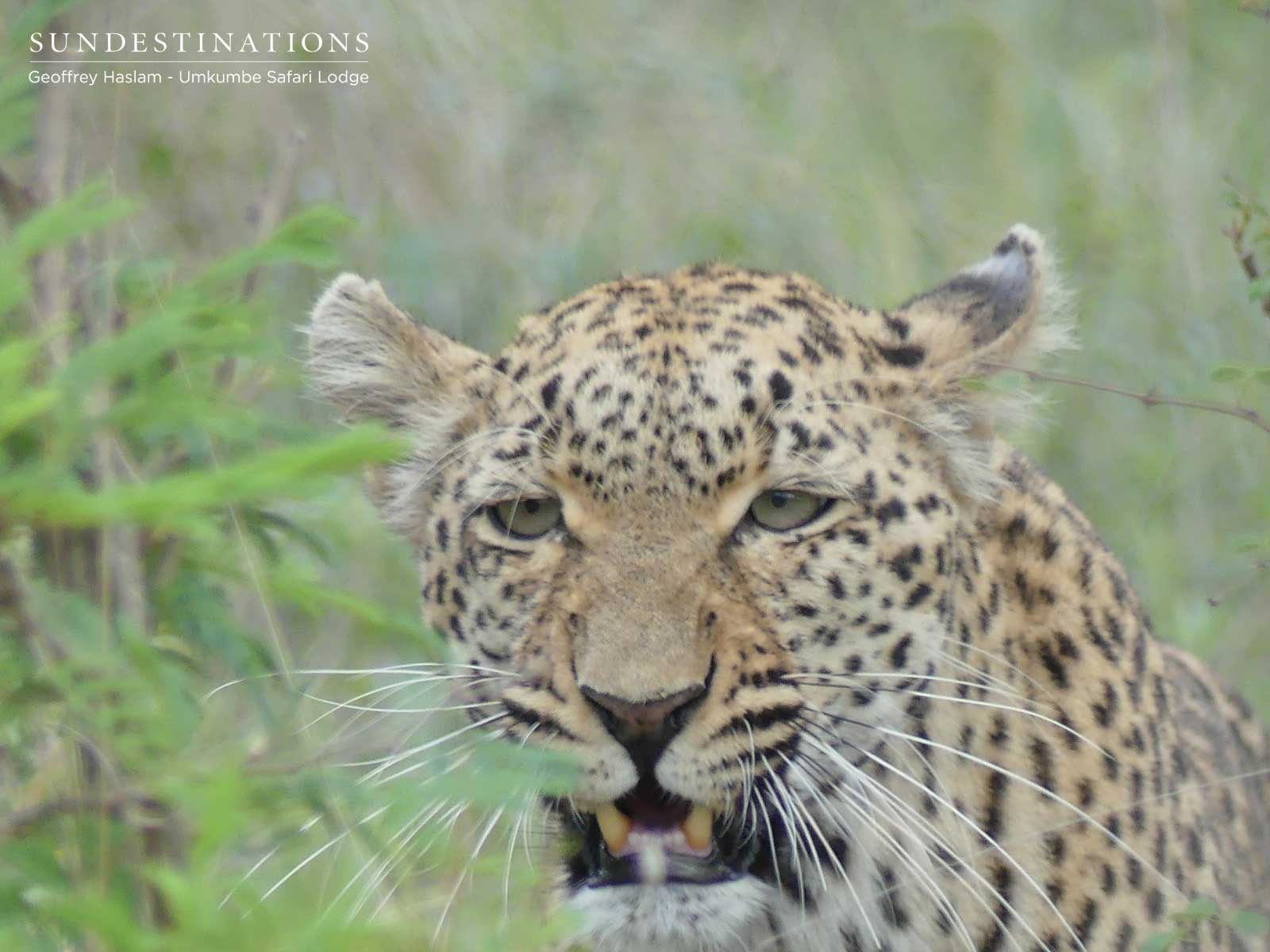 Inyathini is quite an enigma and is quite a vigorous cat with a brazen attitude. Inyathini wandered over onto sacred ground. He does seem to have firmly established boundaries in the eastern region of the Sand River, which is good news. We believe that Inyathini wandered over from the Kruger National Park and has since settled into the Sabi Sand. Sightings of him are quite rare and he is seemingly more relaxed nowadays than when initially spotted! 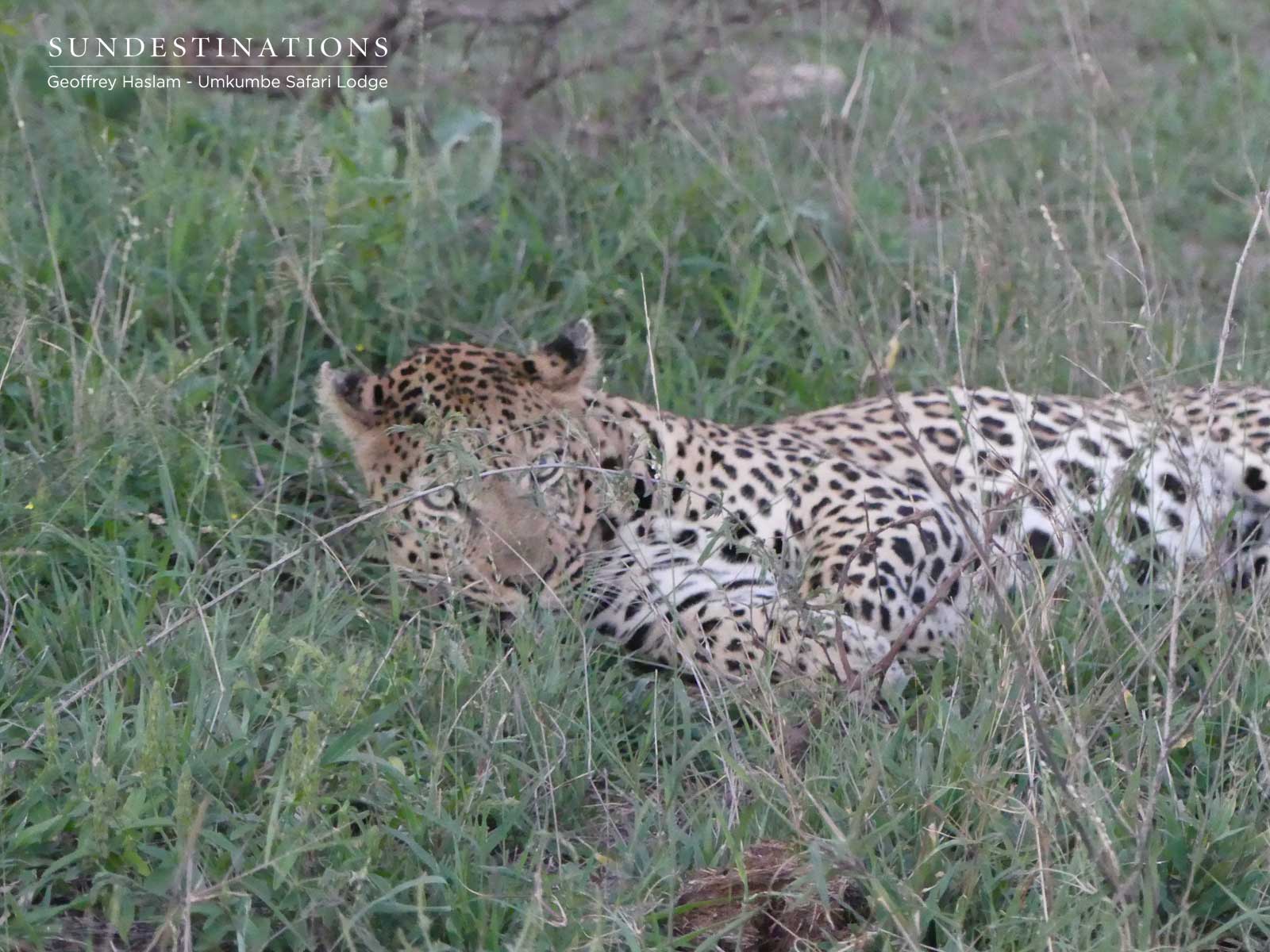 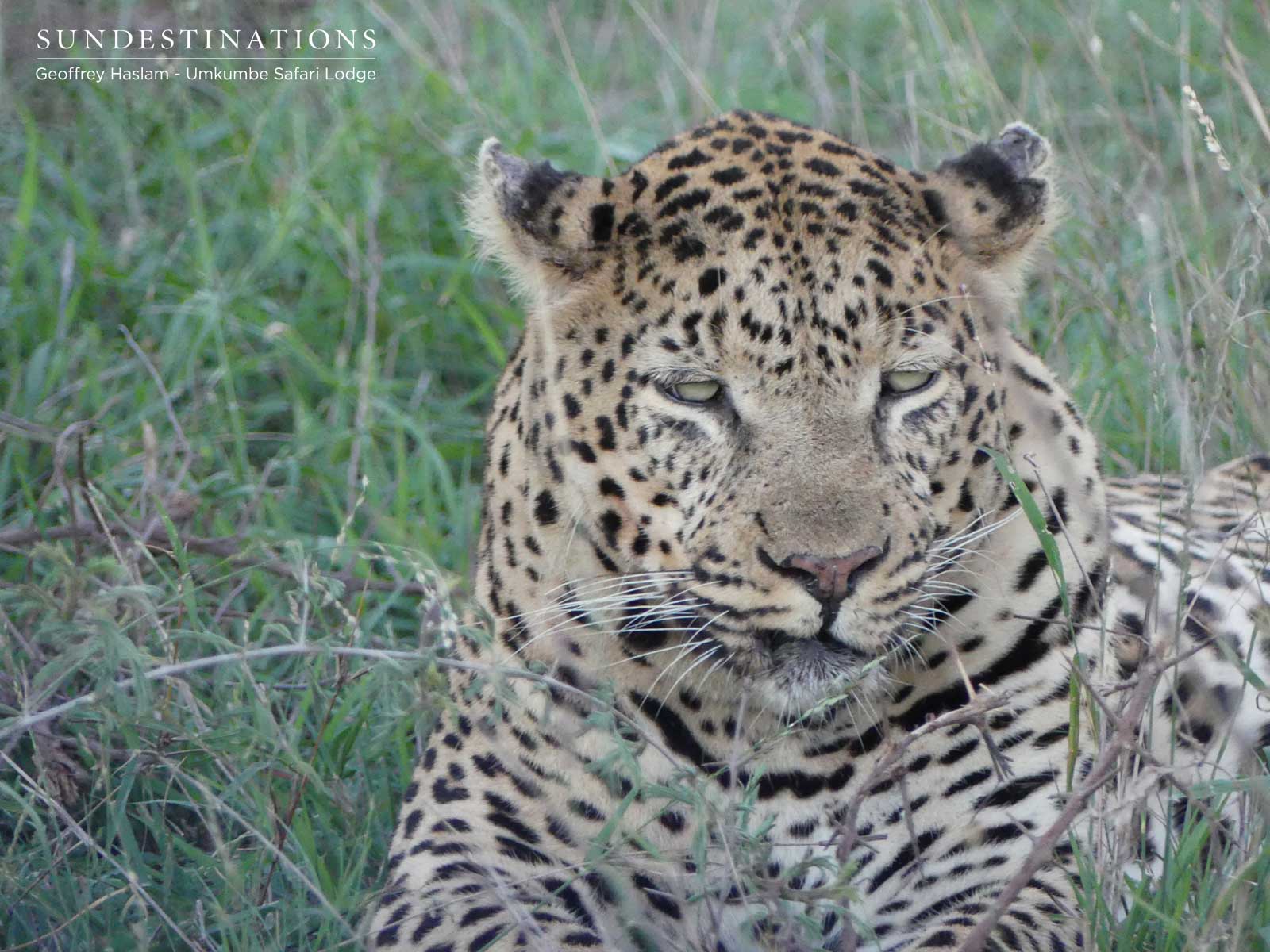 The Dudley Riverbank leopardess was, understandably, quite a neurotic leopard. During the course of her lifetime she gave birth to a number of cubs that never saw adulthood. The cubs were lost due to natural causes and the cruel twist of the food chain. Because of the prolific presence of big cats in the area, there are also numerous scavengers and other predators which pose a threat for vulnerable newborns.

The cub is somewhat more relaxed around game viewers and comfortable in its territory deep within the thickets. The cub allowed us to photograph him clawing his way up a tree – the perfect elevated place for a leopard to survey its landscape. 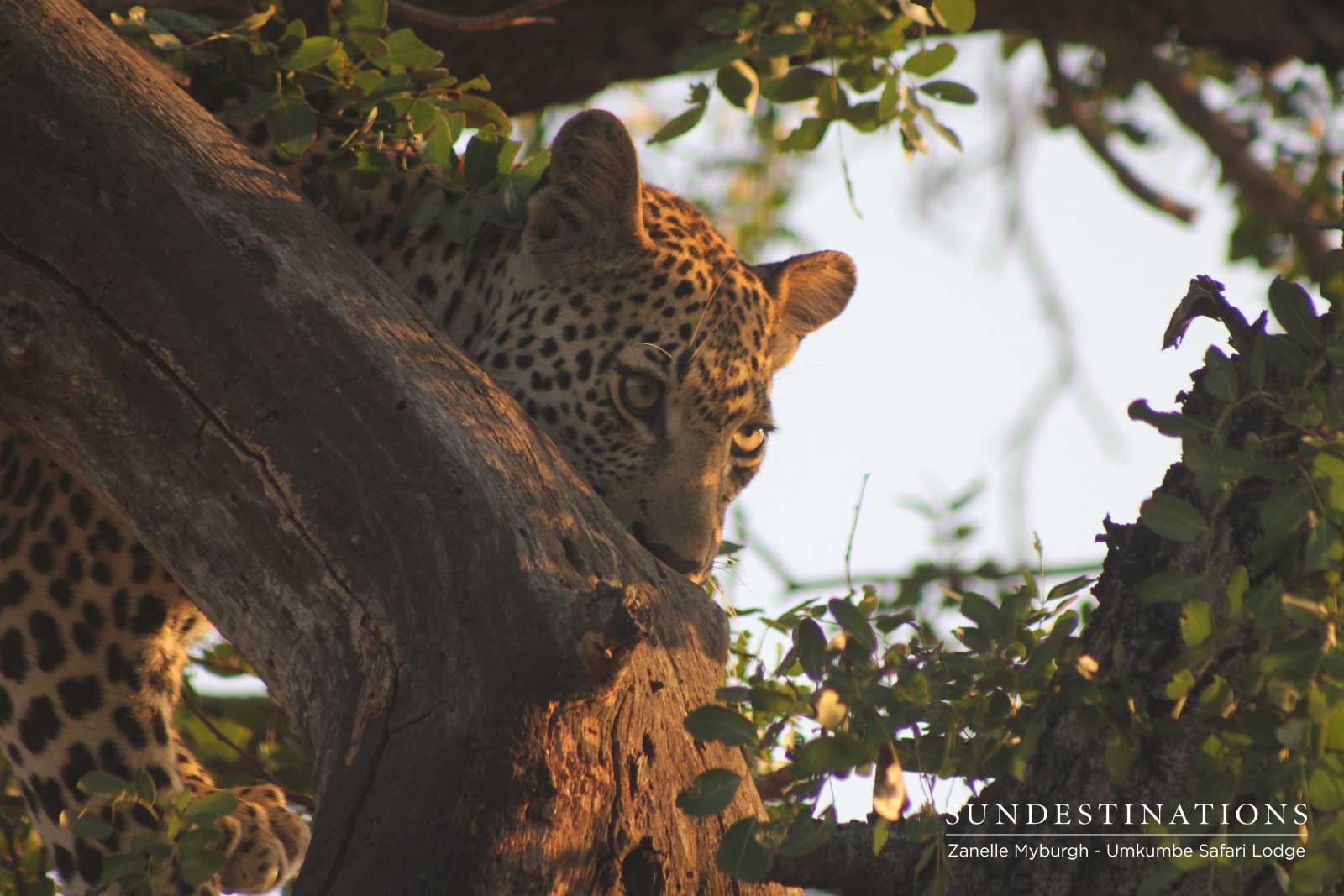 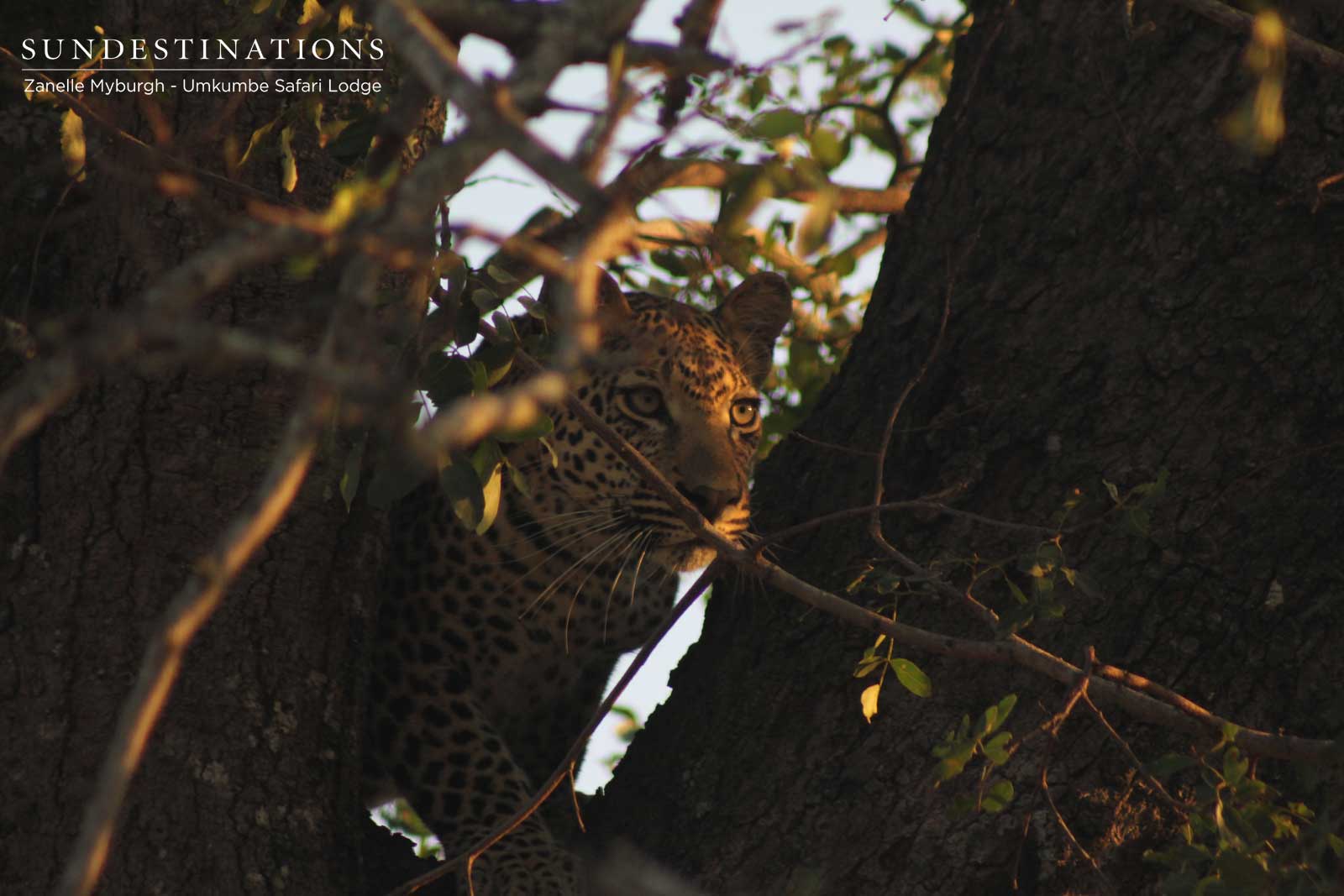 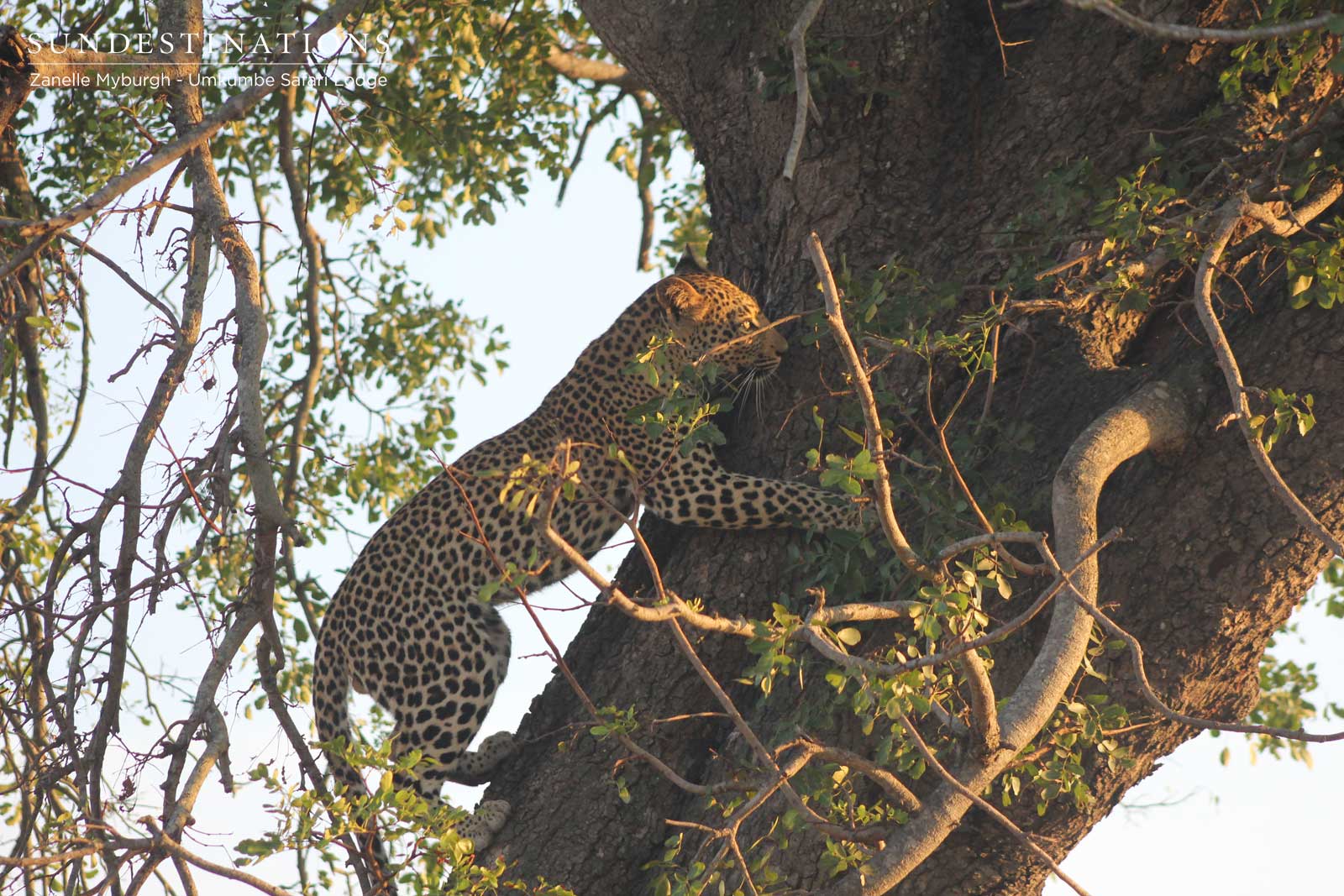 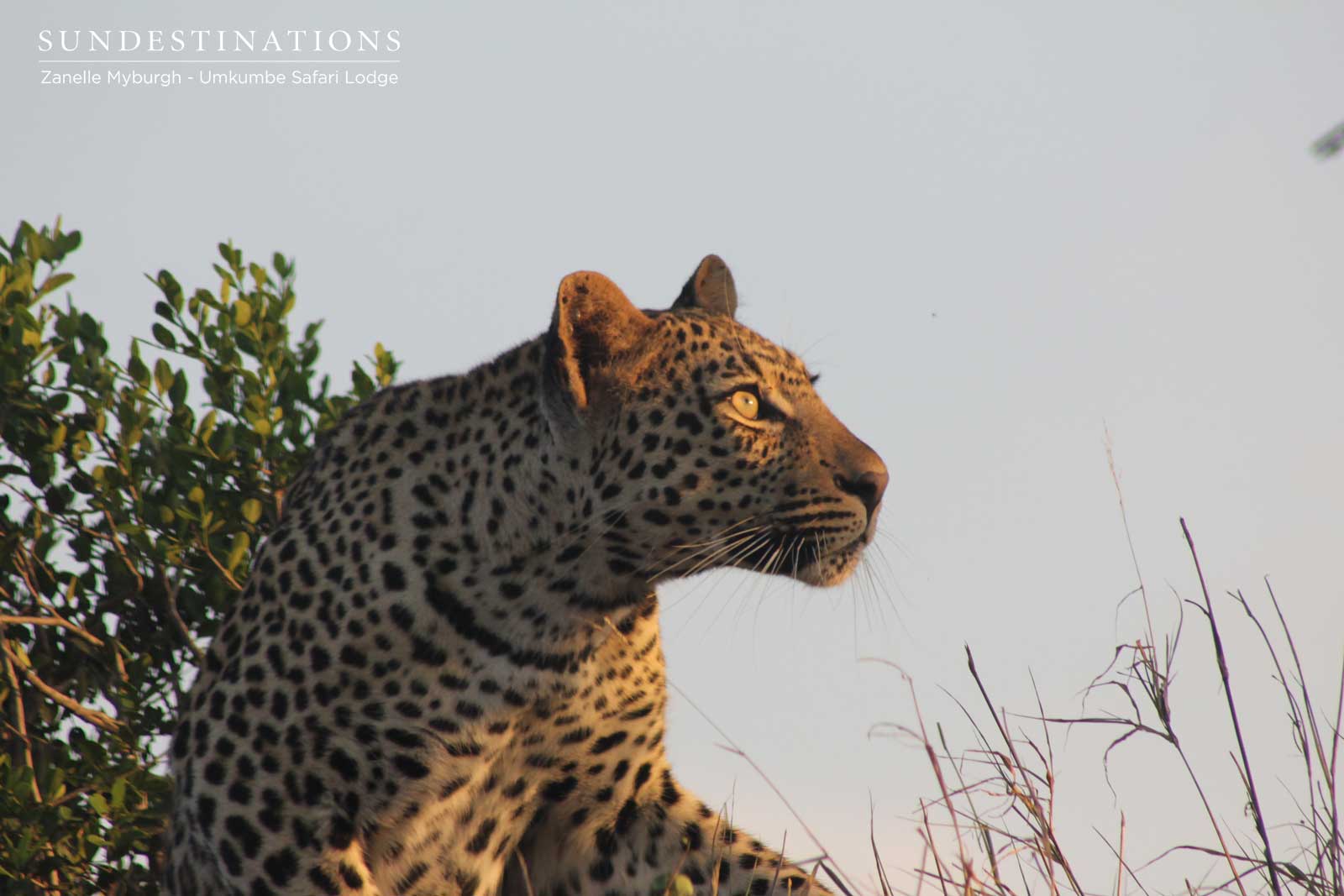 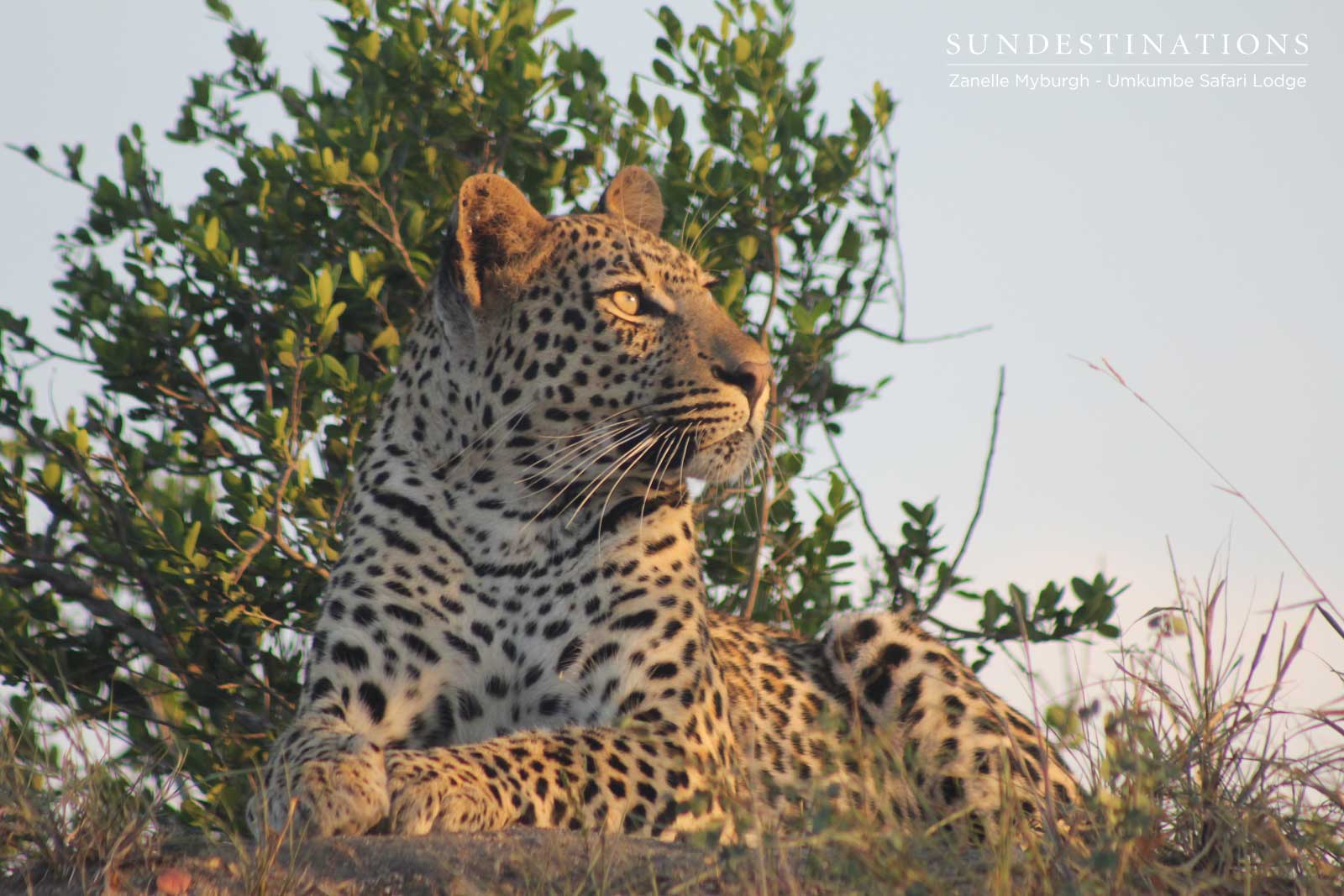