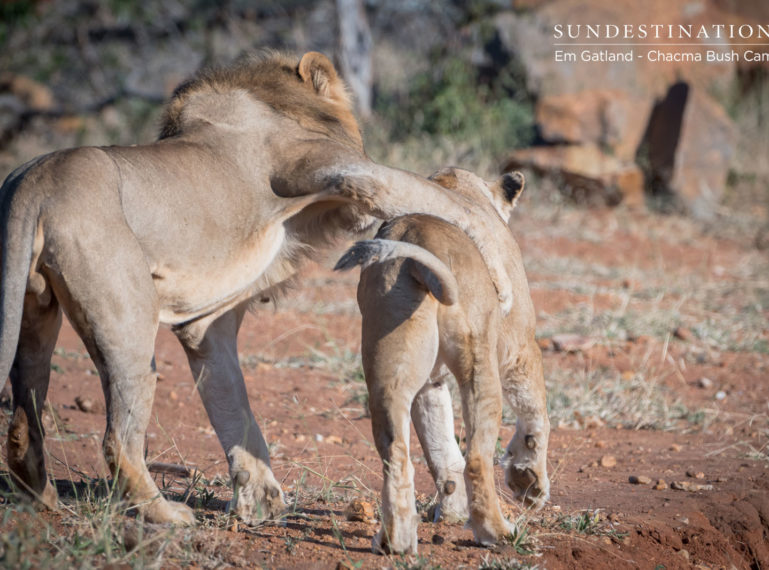 The Maseke Game Reserve has been the star of the show when it comes to lion sightings, and it’s about time we furnished you with a lion pride update. A while ago we introduced you to the burly Maseke 6 coalition and a small pride consisting of a lone female and 3 cubs. The Maseke boys appeared to be quite confident and dominant in their section of the reserve, and the lone female with her sons provided the team with a few fragmented sightings. Since our last update, things have evolved somewhat in terms of lion pride dynamics and identifying individual prides/coalitions on the territory they occupy. Two major shifts in terms of lion sightings have emerged. The first is the continuous sightings of one of the beastly Maseke boys mating with the lioness that has the sub-adult youngsters, and the second is of the newcomers comprising 5 young males and a dominant older female.

The Chacma guides are fixated on establishing the history and naming convention of the various prides within the Maseke Game Reserve. Figuring out the complex lion pride dynamics of the area is an ongoing discussion, and one that always involves input from neighbouring camps. Guides began referring to the 5 young males and a female as the Pannetjie Pride but soon established that they are the Archie Pride, a pride that appeared to have crossed over from Parsons.

The older lioness with the 3 growing sub-adults is referred to as the Lamai Pride. Soon these teenage lions will break away from their mother and seek out their own territories and prides to take over. We may well have yet another male coalition finding their way in the Maseke!

The artful Archie Pride are commonly spotted close to a fence line bordering a neighbouring reserve. With the heavy presence of the marauding Maseke Pride, it could cause problems in paradise. There could be trouble on the horizon with a possible clash in the not too distant future. In due time, we’ll introduce both of these coalitions/prides complete with a photo identikit so you can make comparisons. We spoke to Luan who said that both the Maseke coalition and the Archie Pride have been spotted quite far south, which means their paths are bound to cross at some stage.

Could we see a repeat of the notorious and dramatic situation that unfolded in the Sabi Sand between the mighty Mapogo and the equally powerful Majingilane? And what will happen when the Lamai sub-adults leave their natal pride? There are plenty of testosterone-filled males wandering about on the network of roads in the Maseke Game Reserve, so it’s pretty much a blank canvas of possibility at the moment – a painting which has yet to be decided upon.

The second major sighting, and the one that has stood out for the Chacma team, is the constant mating sessions between one of the Maseke males and the Lamai lioness. With the Lamai youngsters growing at a rapid rate, the older female is now ready to create a new pride with the dominant forces in the area. The youngsters were spotted fending for themselves while she found a secluded spot for yet another session with one of the Maseke males. Subsequent to this initial mating event, the powerful duo have been spotted on numerous occasions sneaking off into pockets of the bushveld for secret trysts. And just last night at Chacma Bush Camp, the entire Lamai Pride walked past camp.

To summarise, at the moment we are seeing the Maseke 5 (the numbers dropped from 6), 3 sub-adults with an older female (Lamai Pride), and a pride of 5 males with 1 female (Archie Pride). The Lamai lioness is mating with one of the Maseke males, which will strengthen her presence if she gives birth to cubs sired by these soldiers of the night.

The below images are of the Lamai lioness and one of the Maseke male lions. 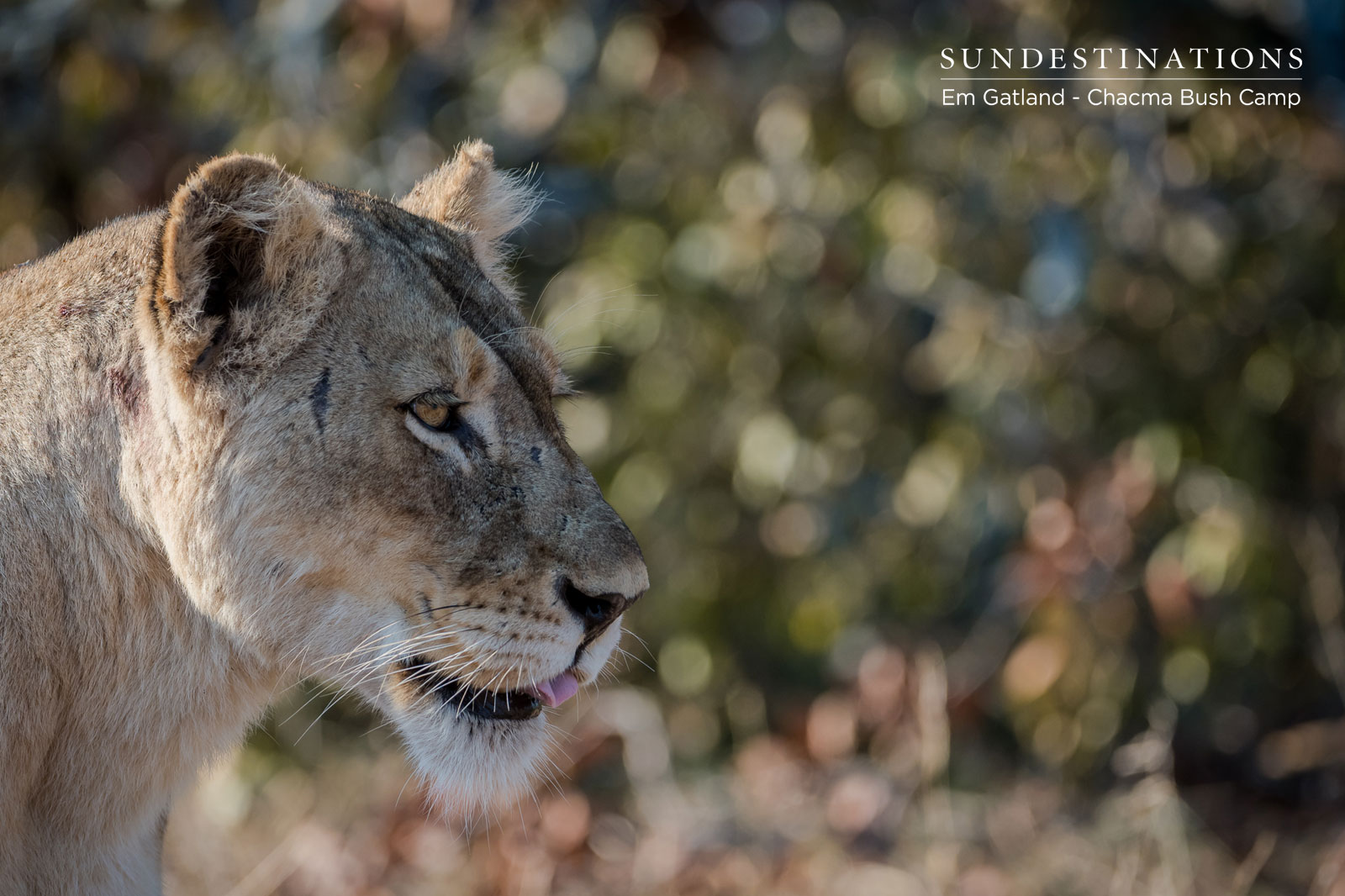 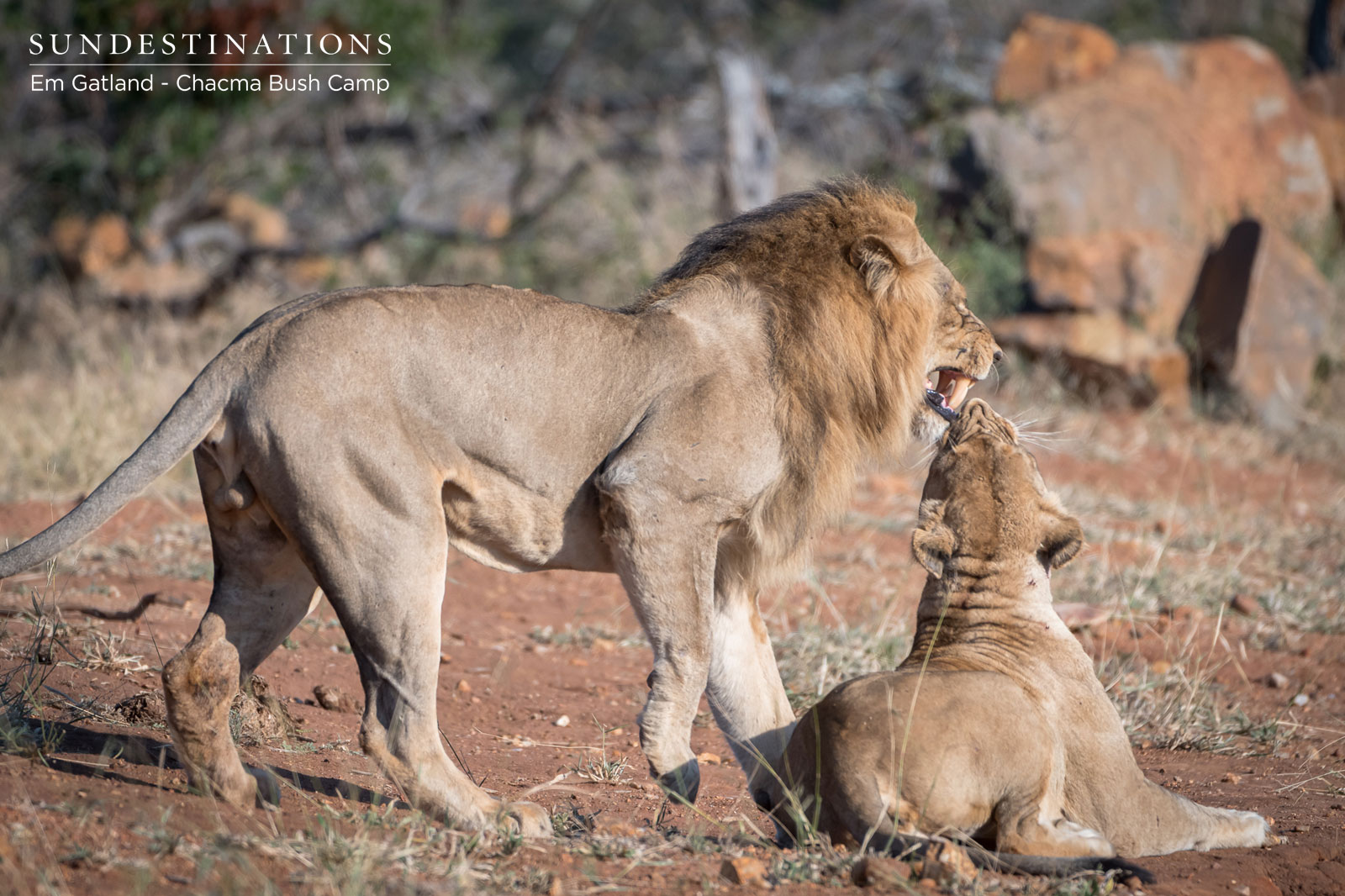 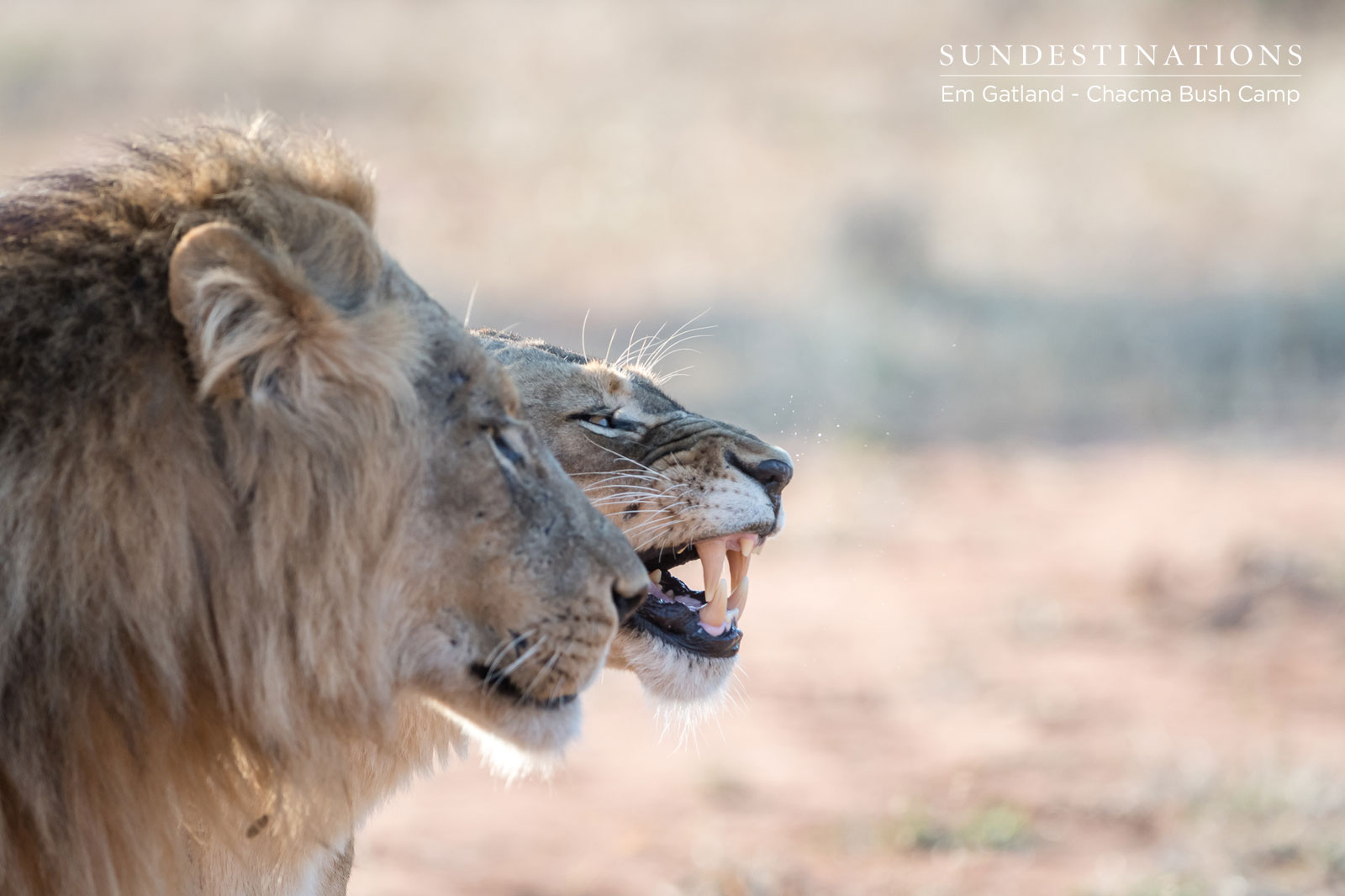 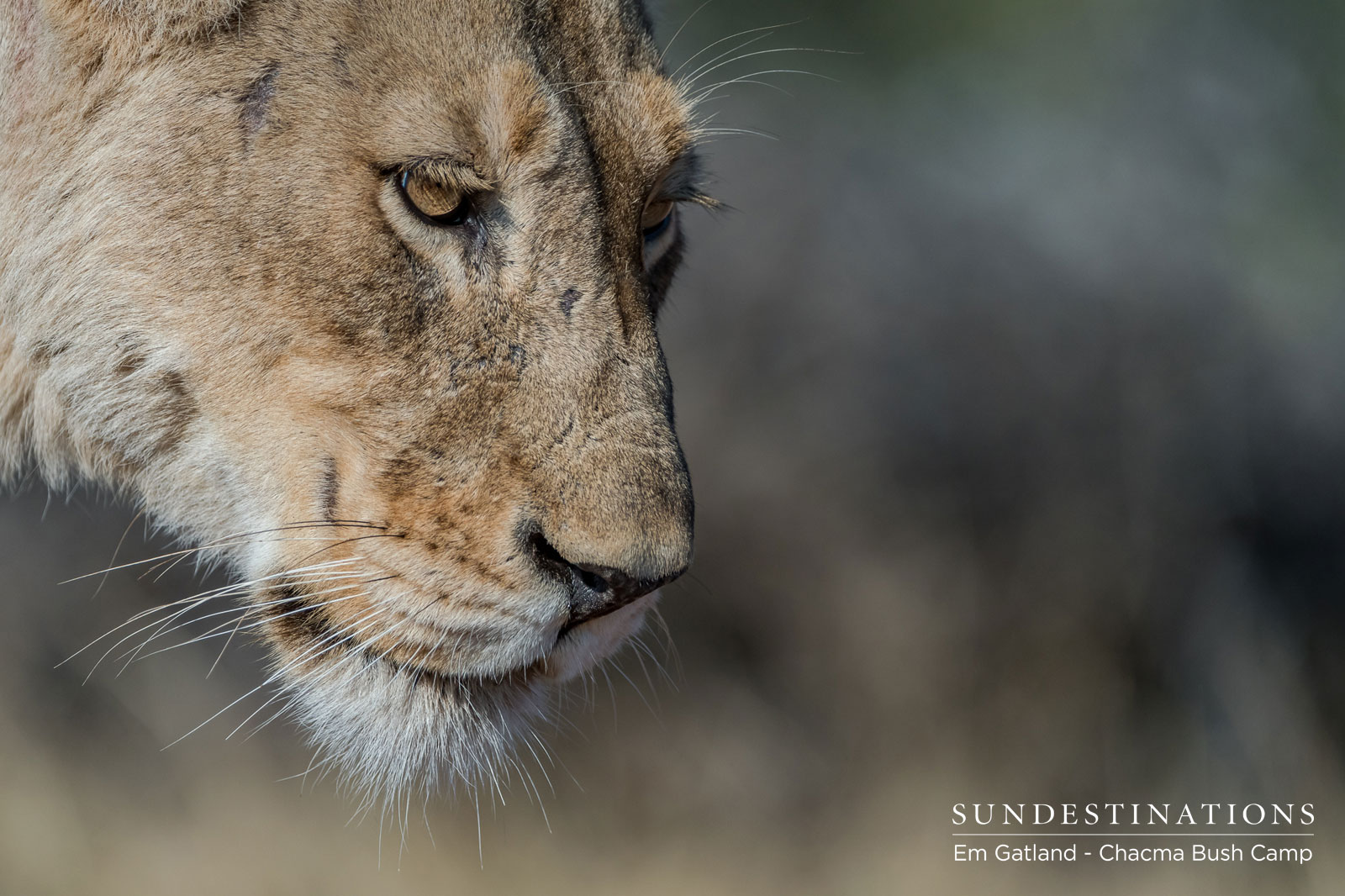 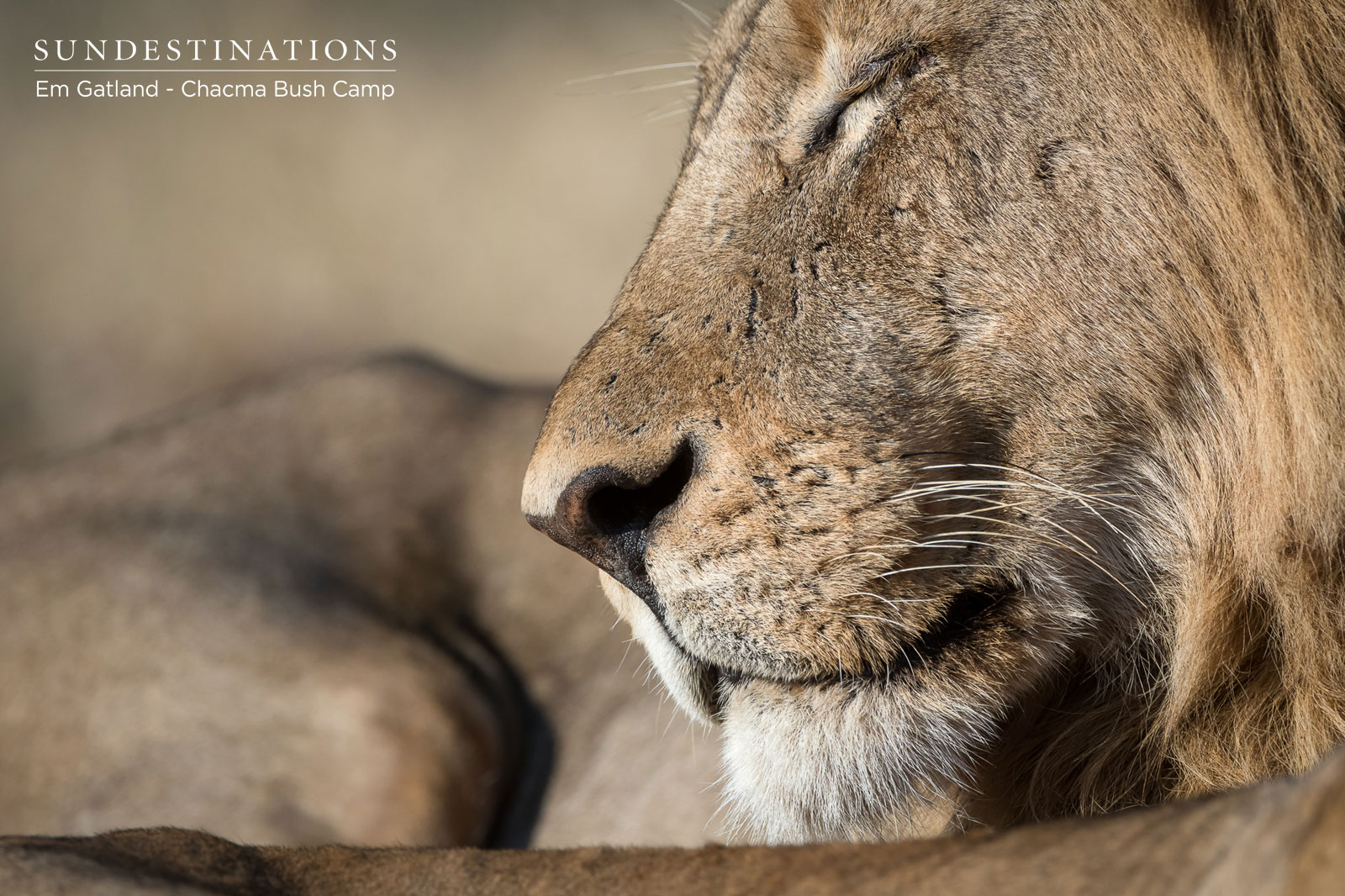 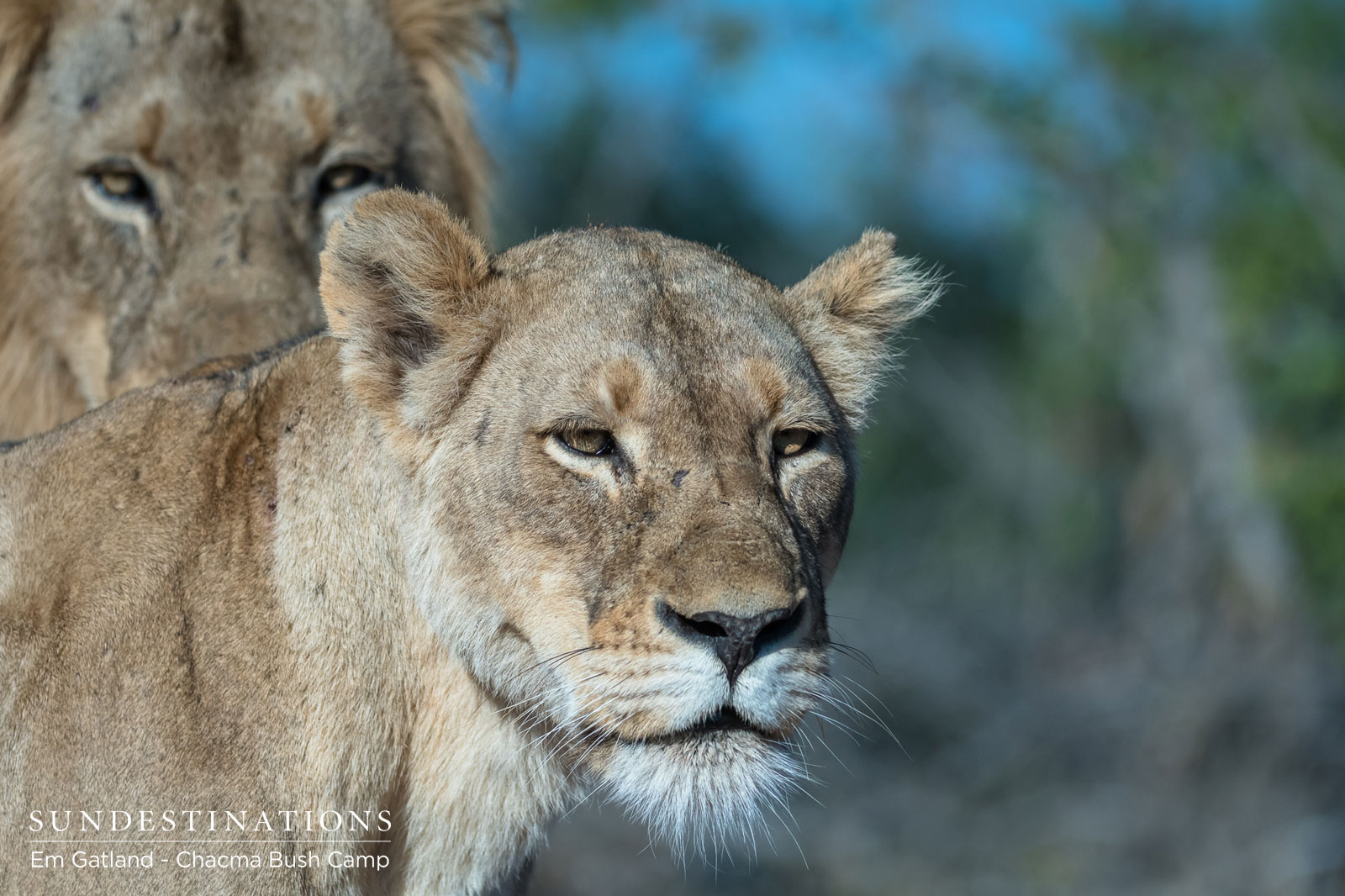 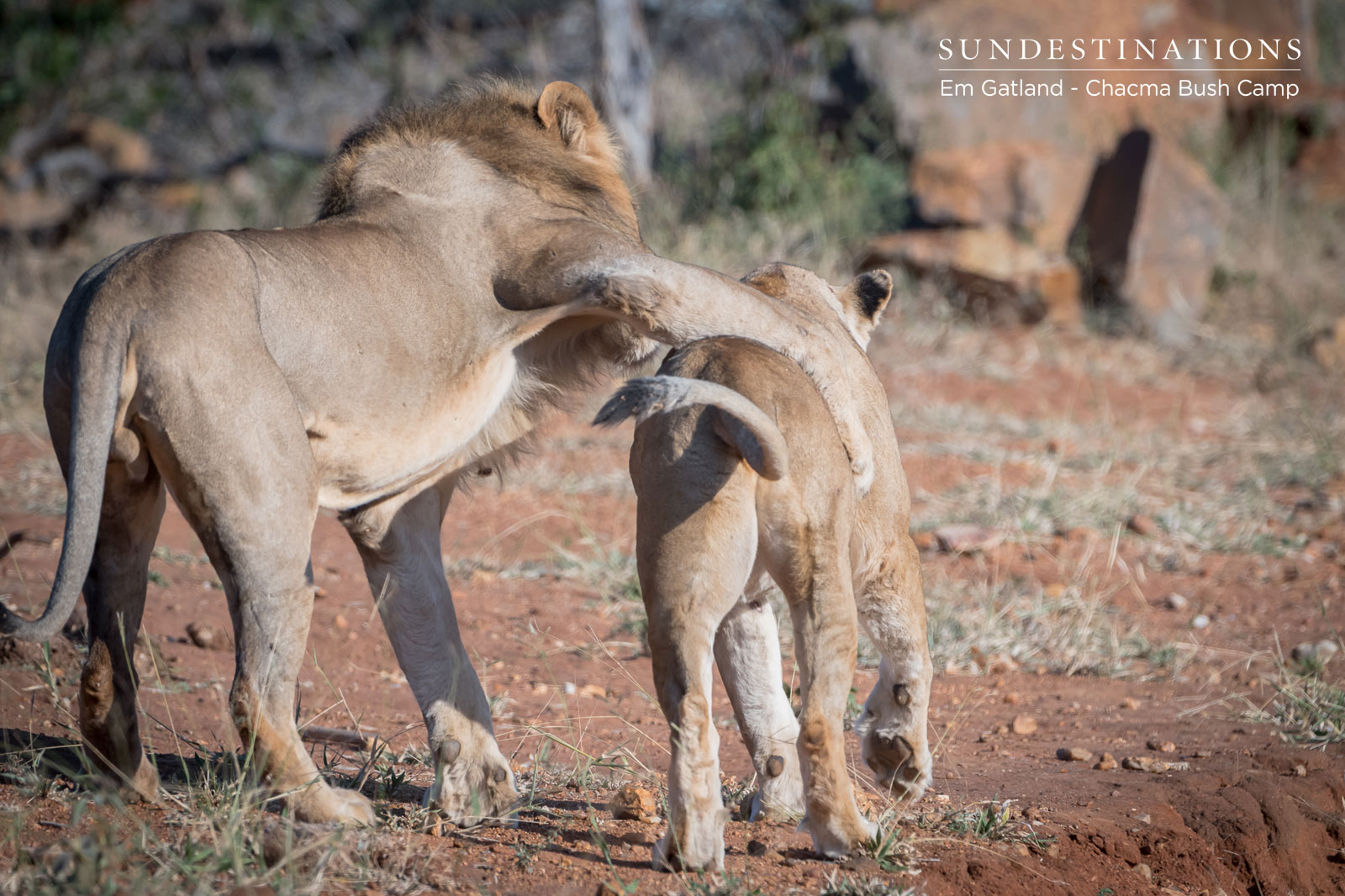 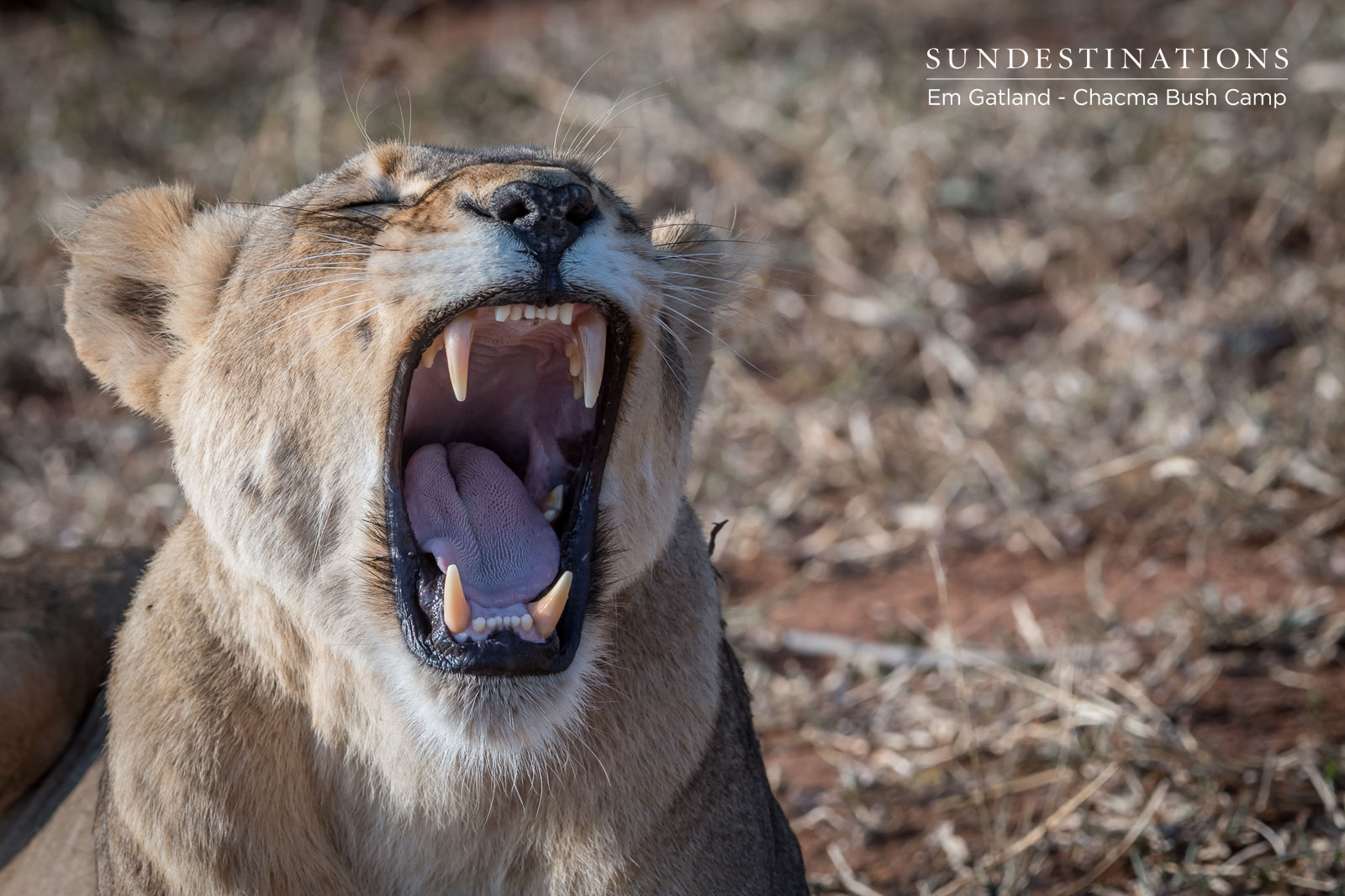 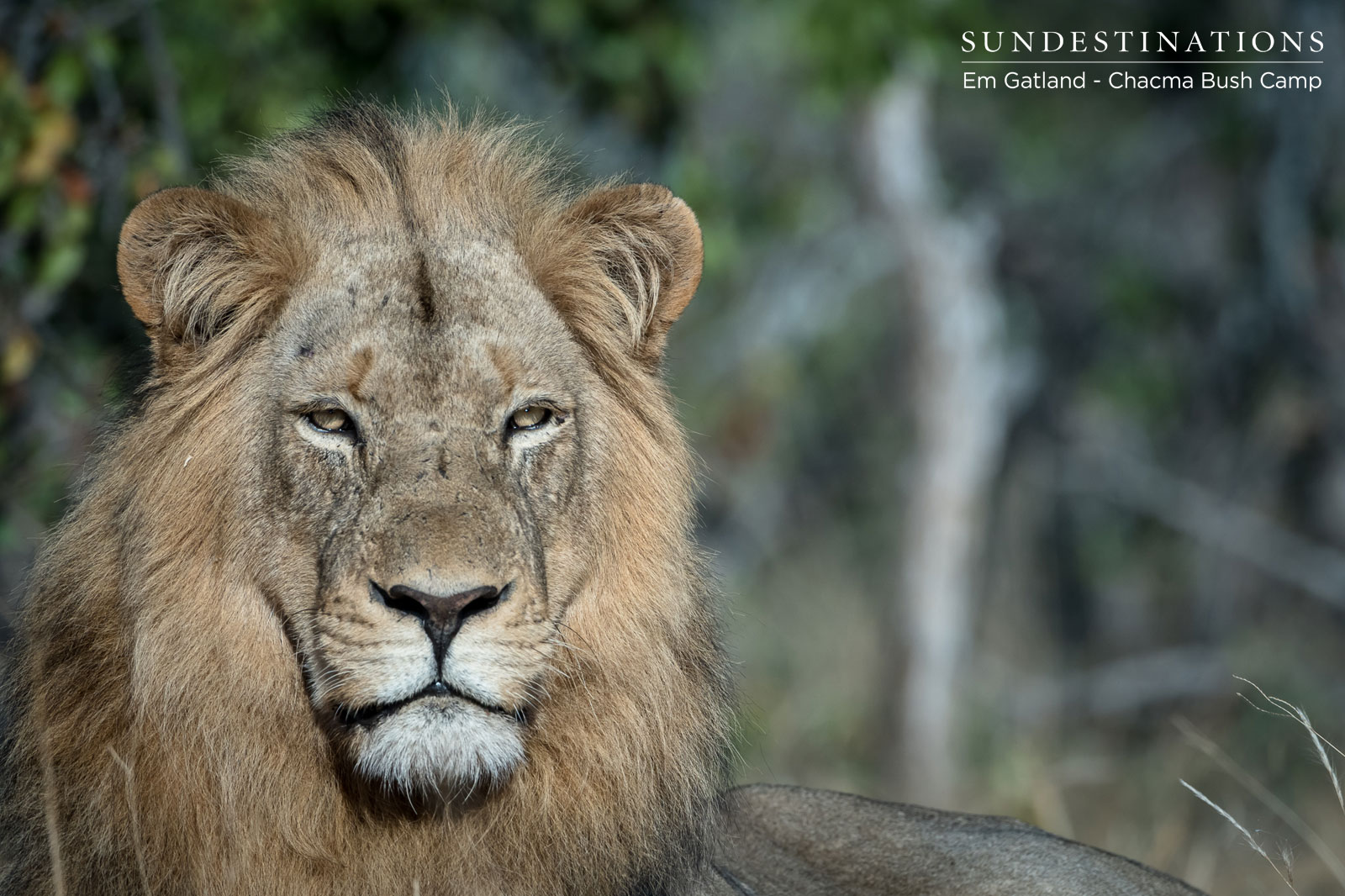 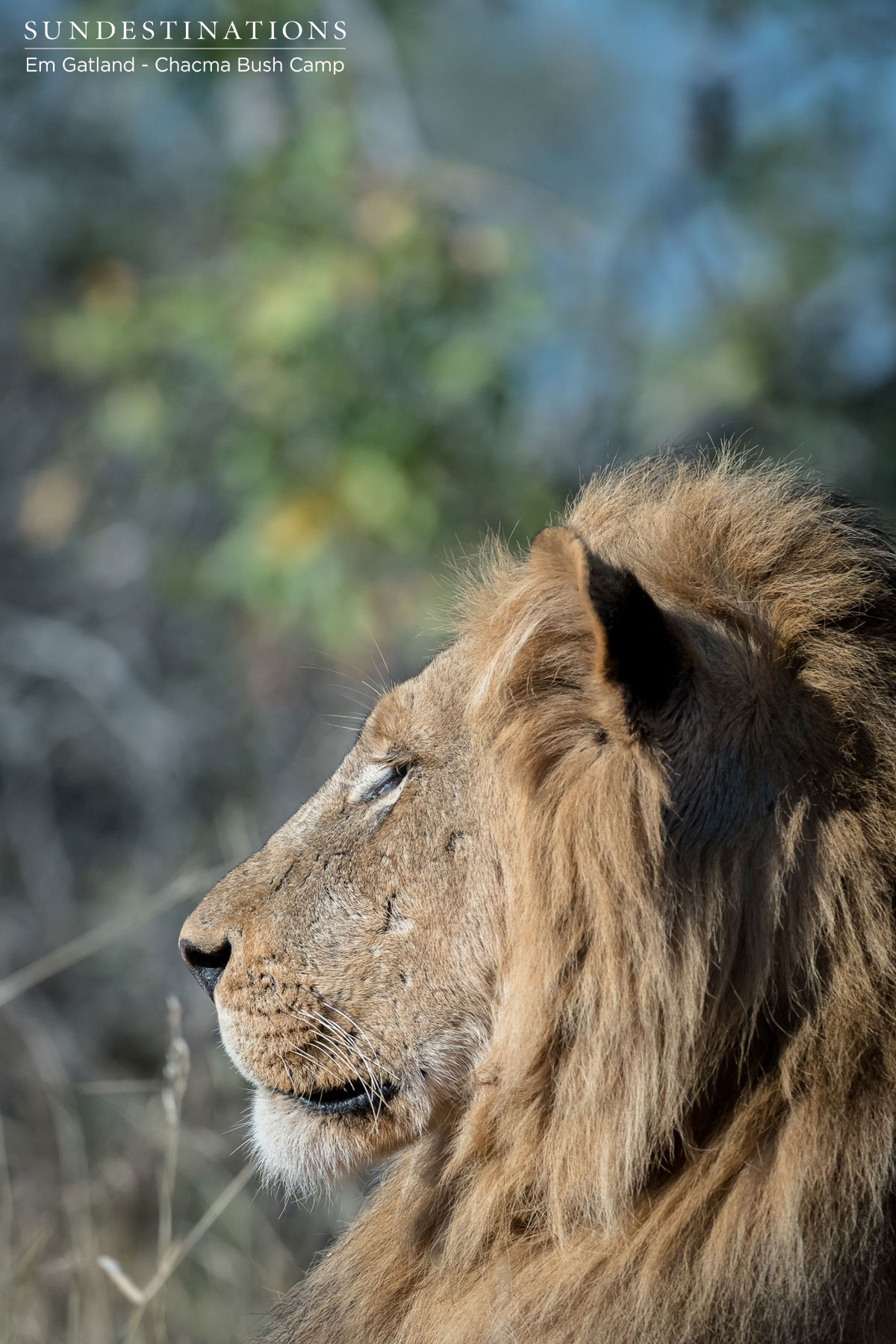 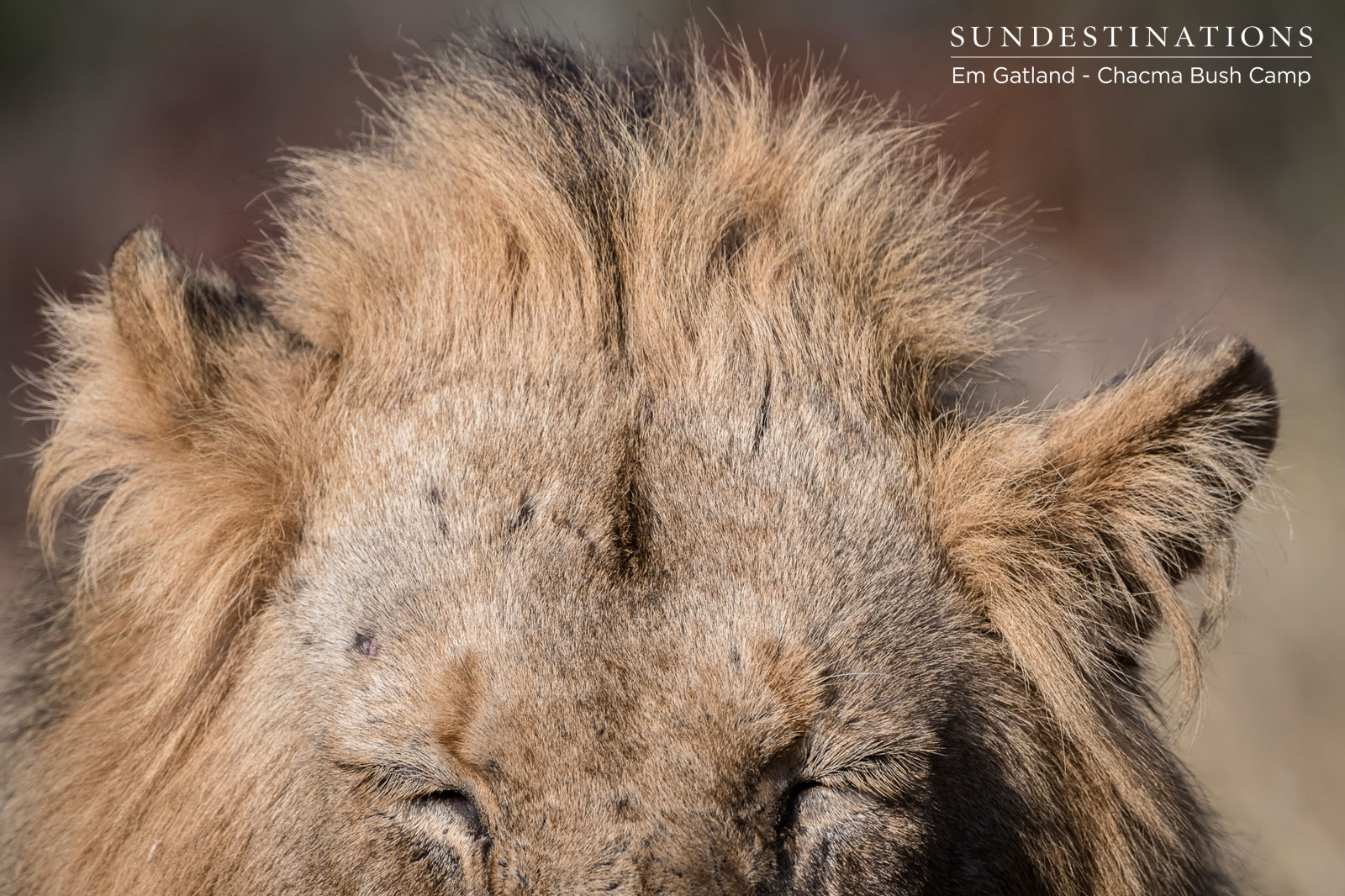 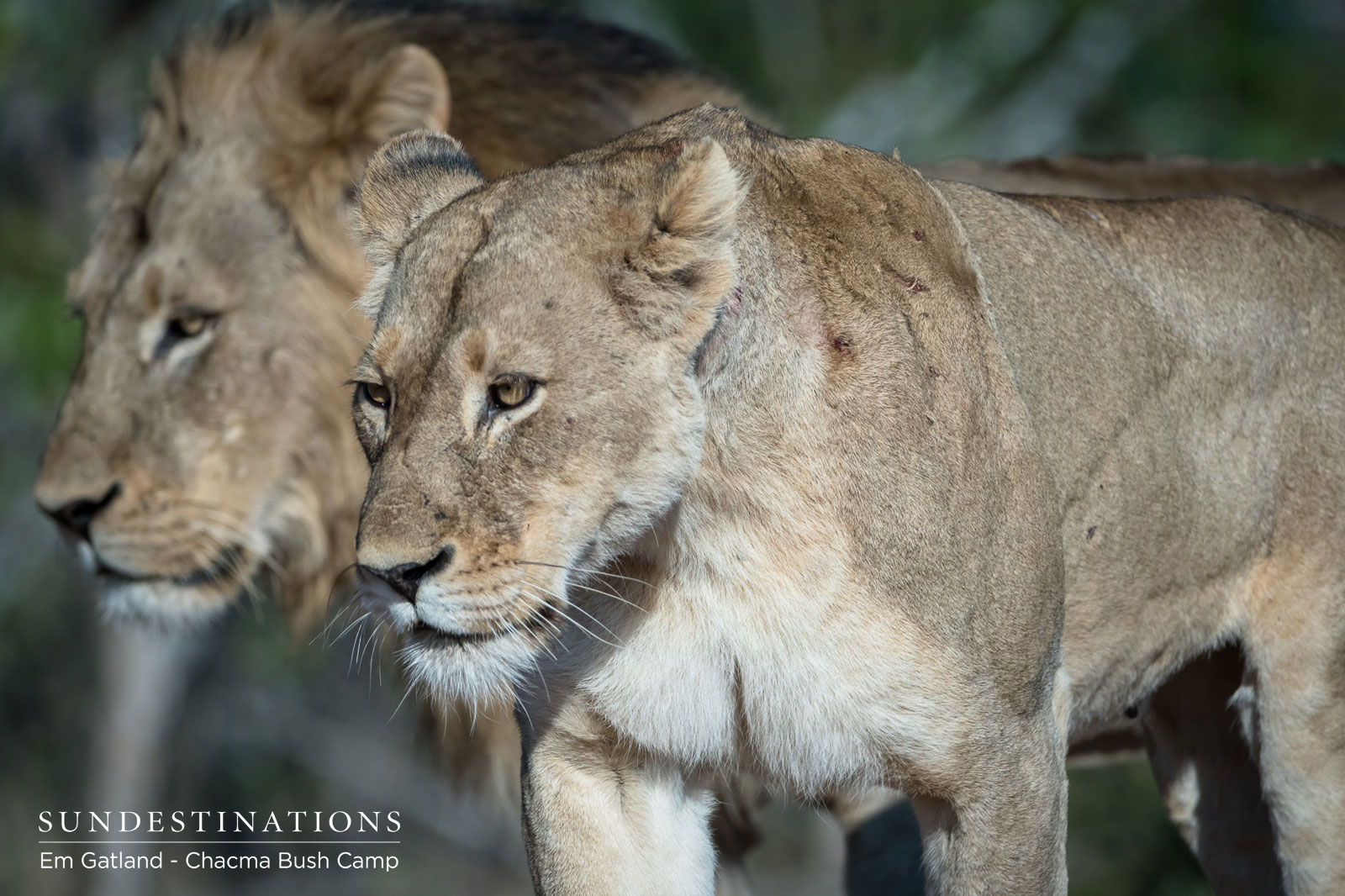 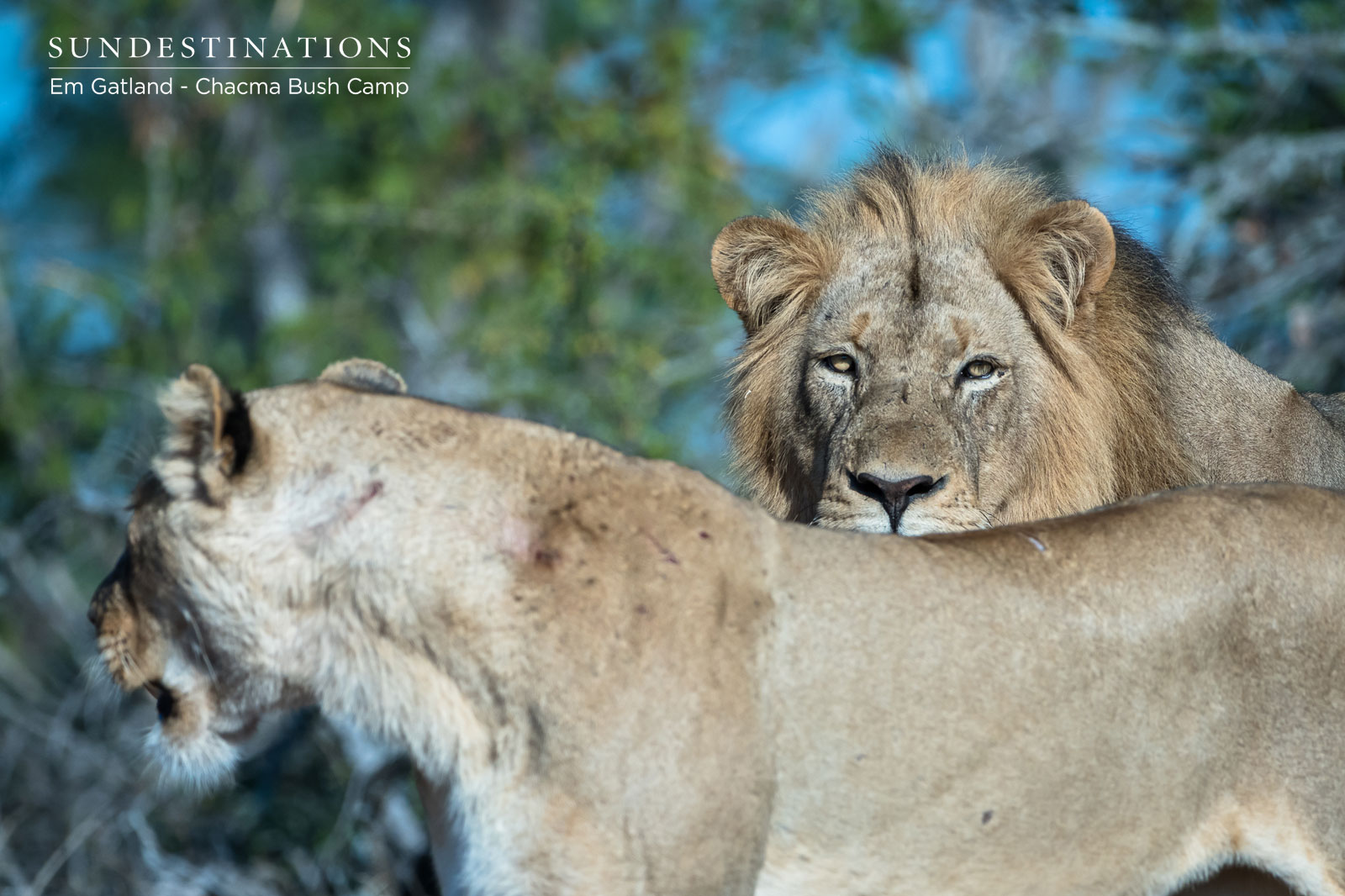