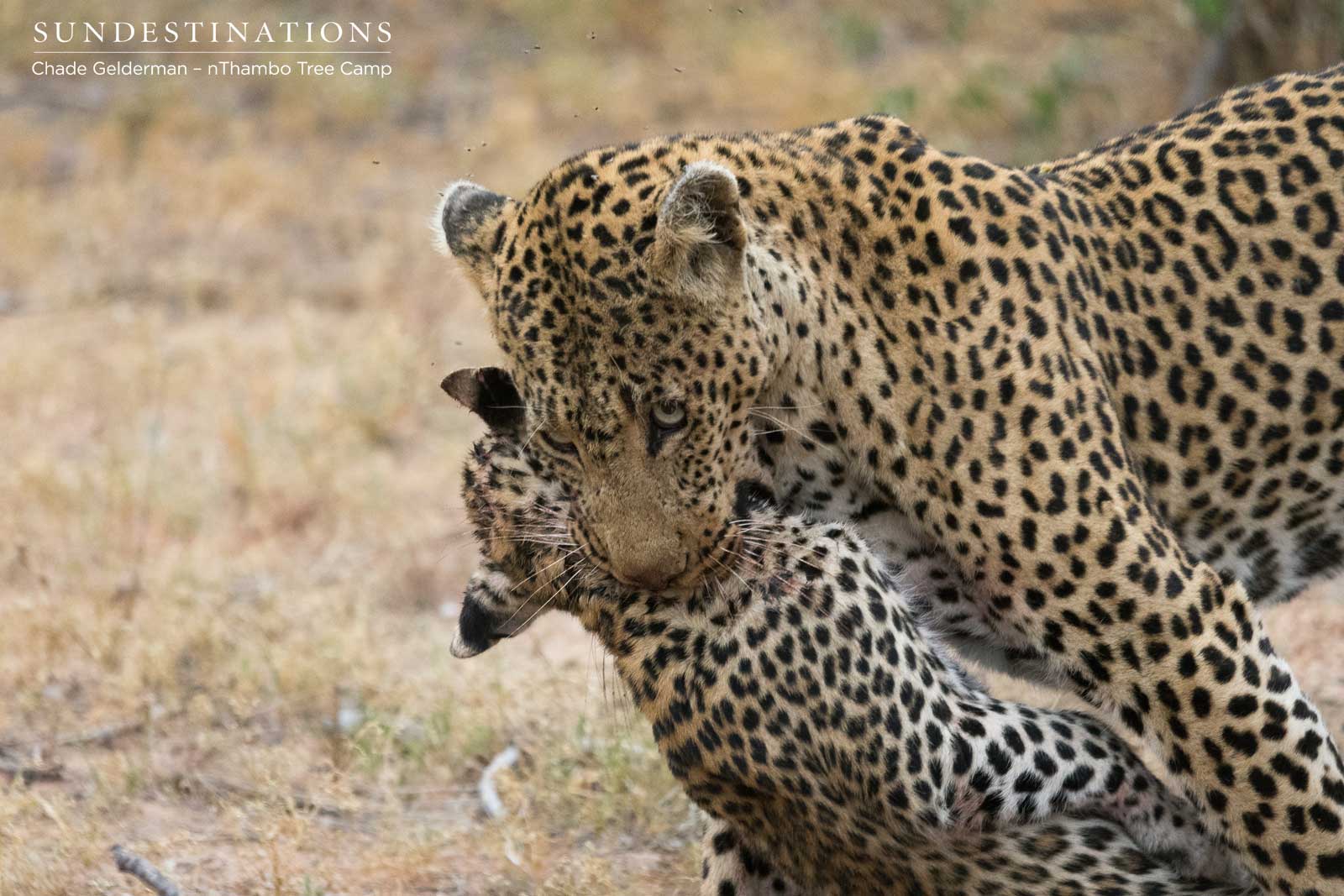 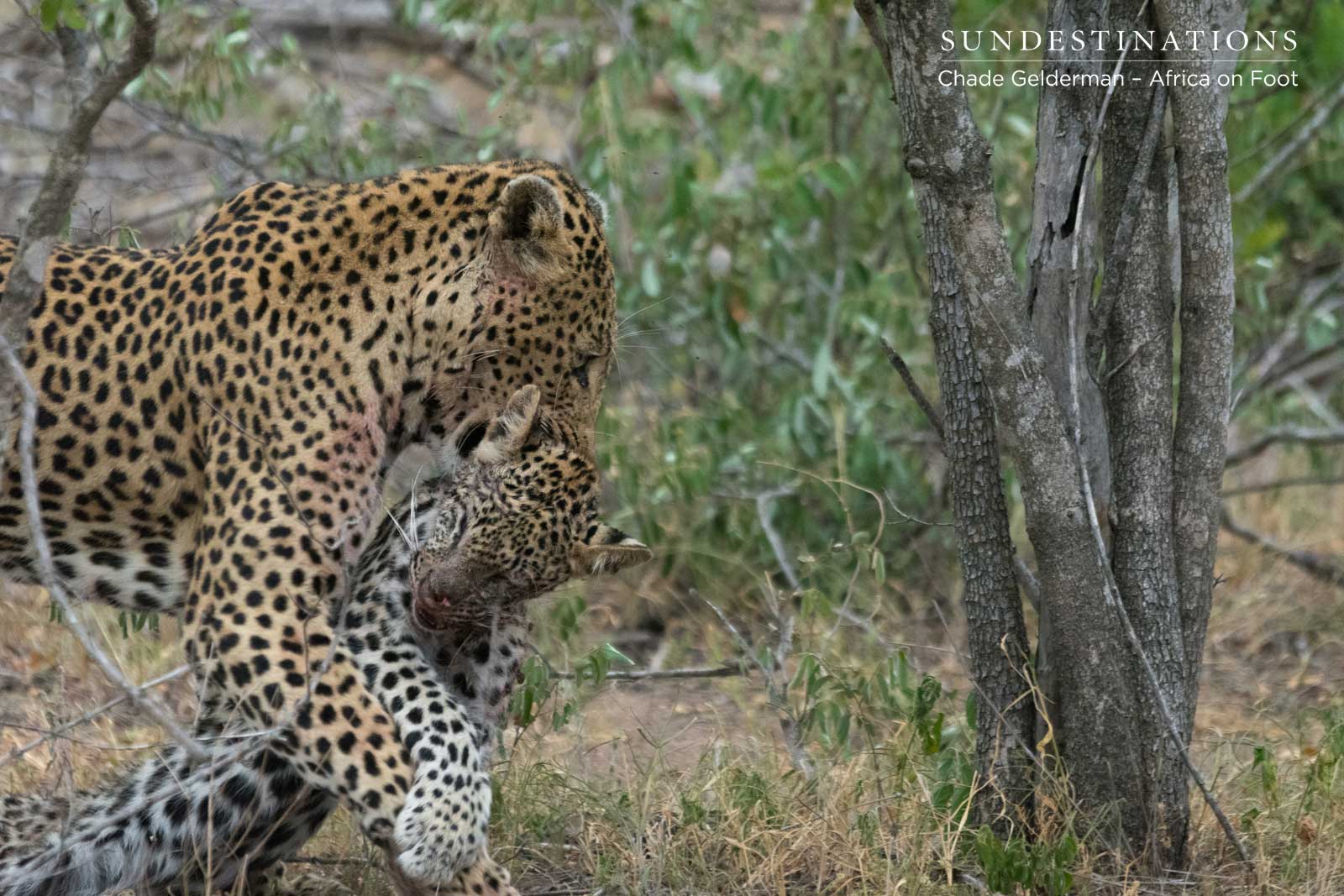 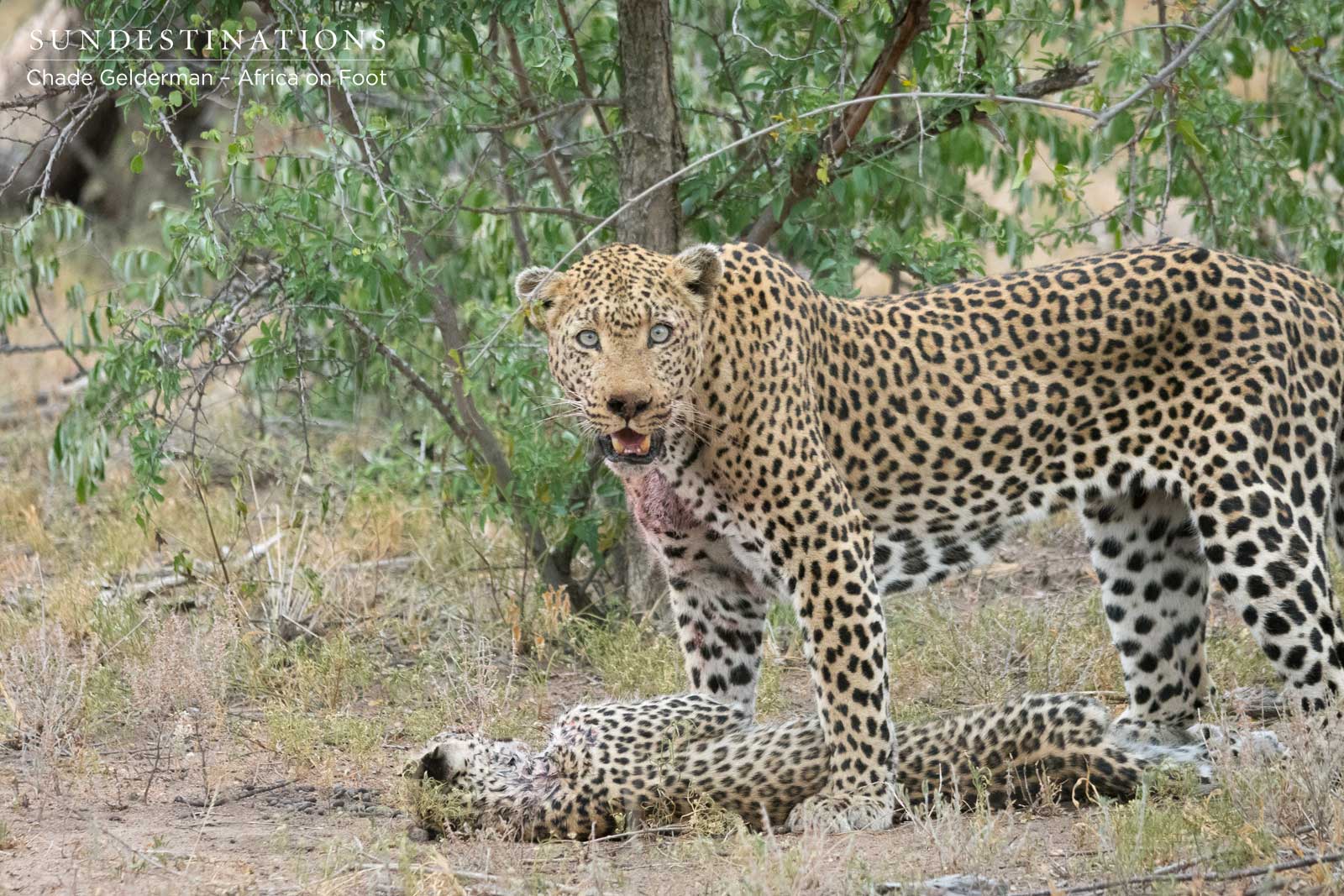 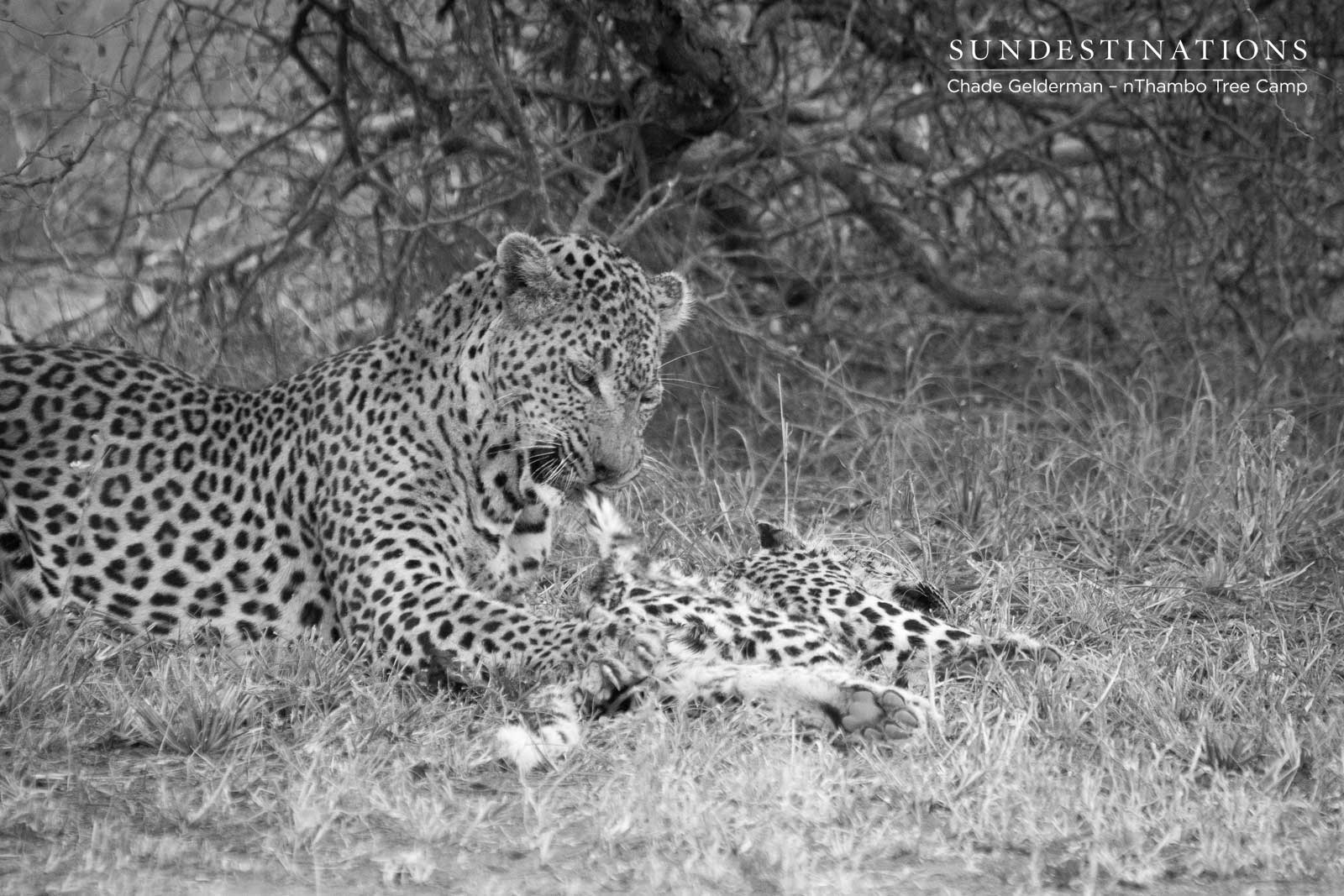 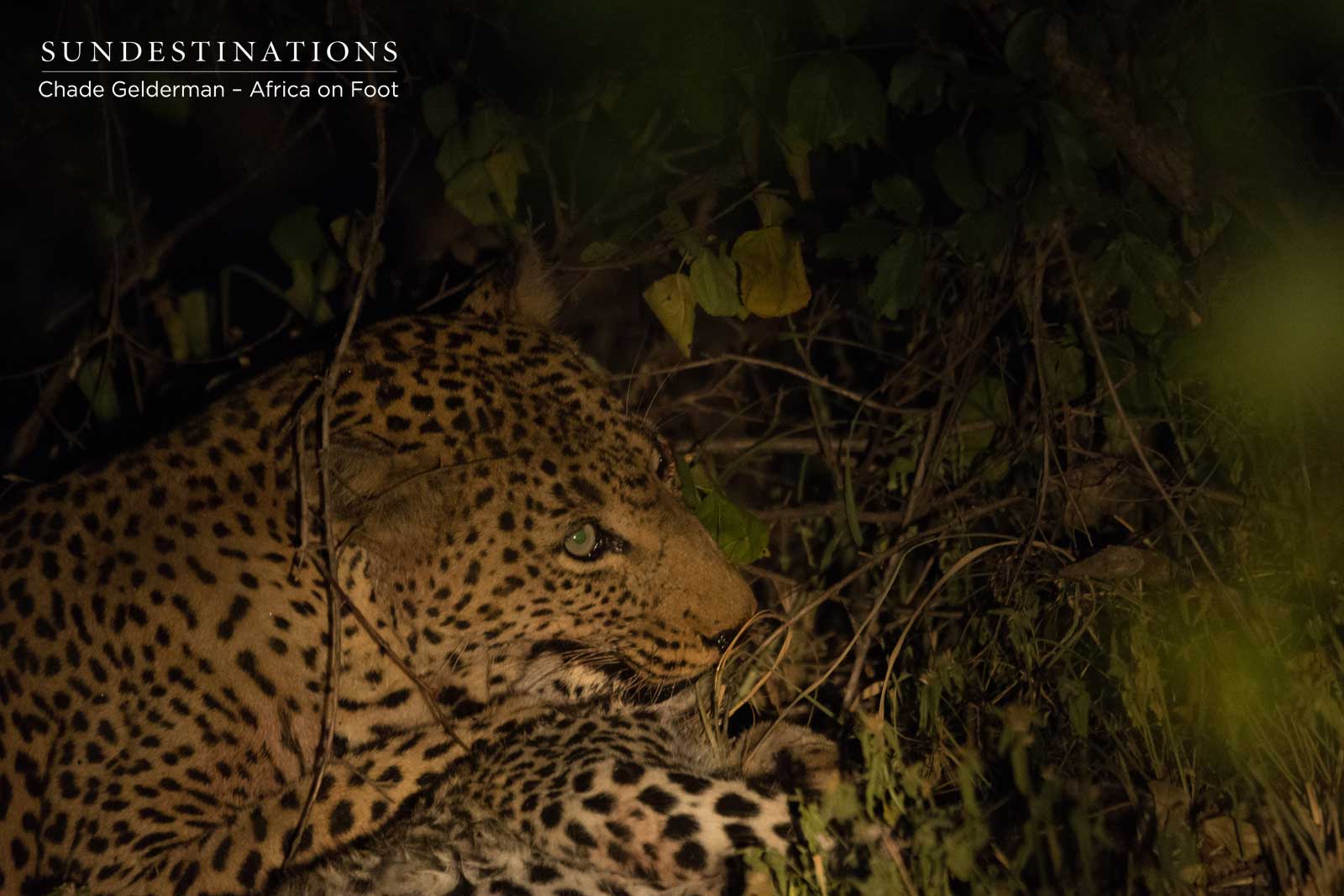 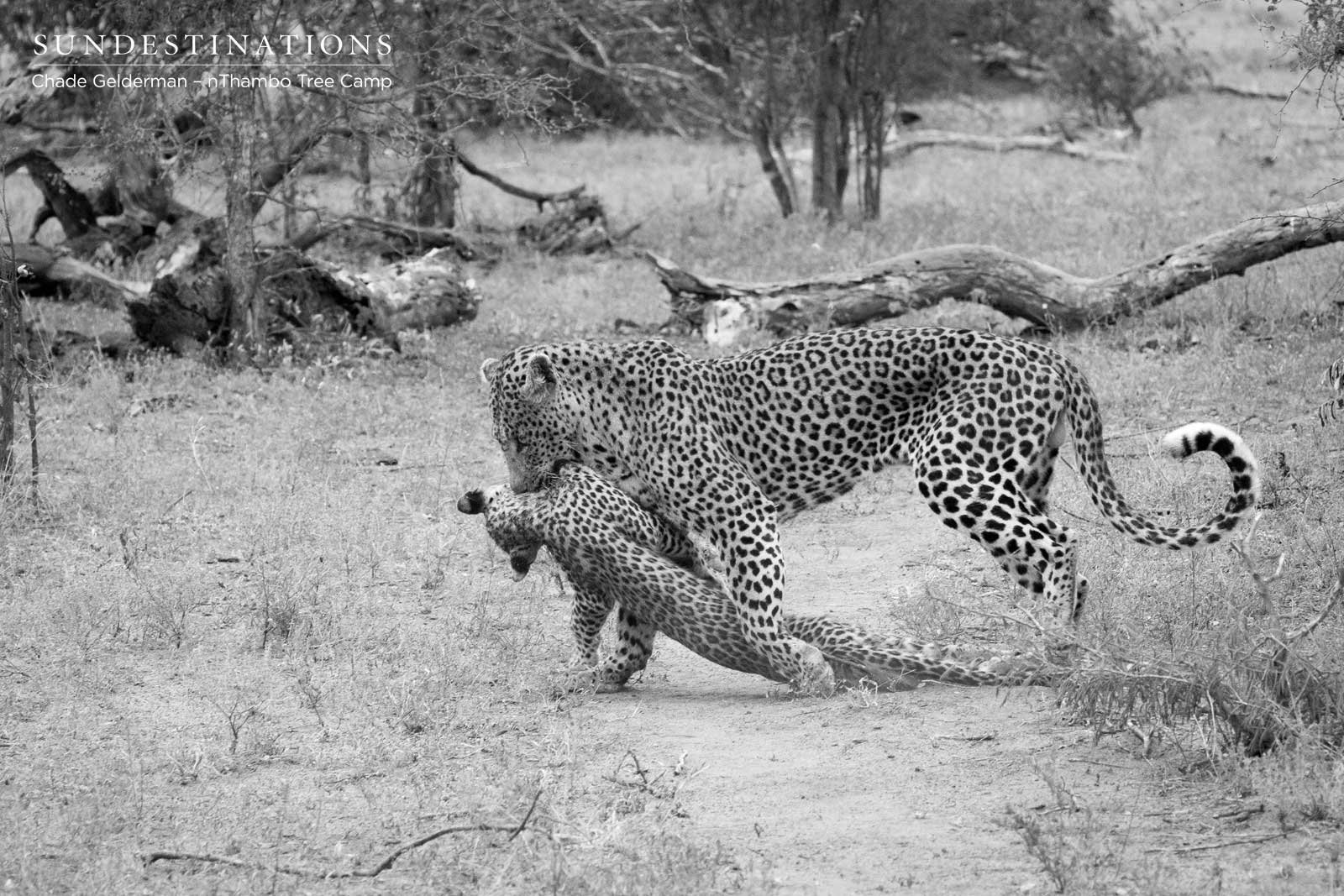 There’s no easy way of delivering this heartbreaking message of a cruel and untimely death of a curious leopard cub. How this fluffy rosette patterned cat met its fate isn’t unusual, but was downright strange to witness. The event will certainly go down in the Klaserie’s history book of barbaric sightings. It was an event that made tracker Isaac say, “I’ve never seen something like this in my 35 years of guiding and tracking!”.  This happened while on drive with Africa on Foot and nThambo Tree Camp – a moment that broke our hearts, rocked us to the core, and unravelled both guides and guests. And yet, in the grand scheme of things, we understand why.

Last night, in the Klaserie Private Nature Reserve, a huge unknown male leopard spotted a 6 month old leopard cub exploring the confines of its territory. The powerful male was one side of the waterhole, and the curious cub on the other side. Leopards do tolerate others on the periphery of their turf – but not this beast of a male. The older Tom took chase, played and fought with the cub, then dragged it off and devoured it. A graphic moment in the wild that rattled even the most experienced of rangers and trackers. This was an absolute sign of sheer territorial dominance and with intent to wilfully inflict pain.

At first, guests from nThambo were excited to see a huge male leopard seemingly patrolling his territory on the outskirts of the waterhole. Out of the blue the large and burly male moved at the speed of lightning with the intent of pouncing on the youngster. He forcefully attacked the 6 month old cub that was exploring the opposite side of the dam, and with the greatest of strength delivered a few final blows to the unsuspecting cub. Tufts of fur were removed at a rapid rate, and dust clouds ensured guests and rangers were shielded from too much graphic violence, but the throaty barks and anguished cries could still be heard. It was showdown and one that left its onlookers speechless and yearning for meaning.

Lead guide Mauritz said that the large male even ate the paws of the cub, a visual which is pretty unbelievable. Leopards can be fussy eaters and often discard parts of their prey that aren’t favourable to their palate. This Tom was bloodthirsty. After inflicting death, he still did not walk away from the scene. Leopards can be opportunistic feeders, but to feast on one of your own seems like a scene from the movie Hannibal.

Ranger Elmar says, “First we spotted the big male leopard behind the termite mound, so I tried to position the vehicle correctly so that guests could get proper visual. Then I noticed the cub on the other side of the dam. The big male ran around the waterhole, chasing the cub deep into the bushes. The male pounced and the cub put up a brave fight for at least 10 – 15 minutes, before it finally slipped away.”

This moment is still being talked about at camp, and probably will be in years to come. Unfortunately, this is the wild. A place where we cannot – and do not – interfere in nature taking its course. It’s warfare out there and often we’re reminded at just how fragile the circle of life really is.

* We have two videos – one taken by a guest from the UK, Ali Degutis, and the second video is from Elmar – a ranger at nThambo Tree Camp. 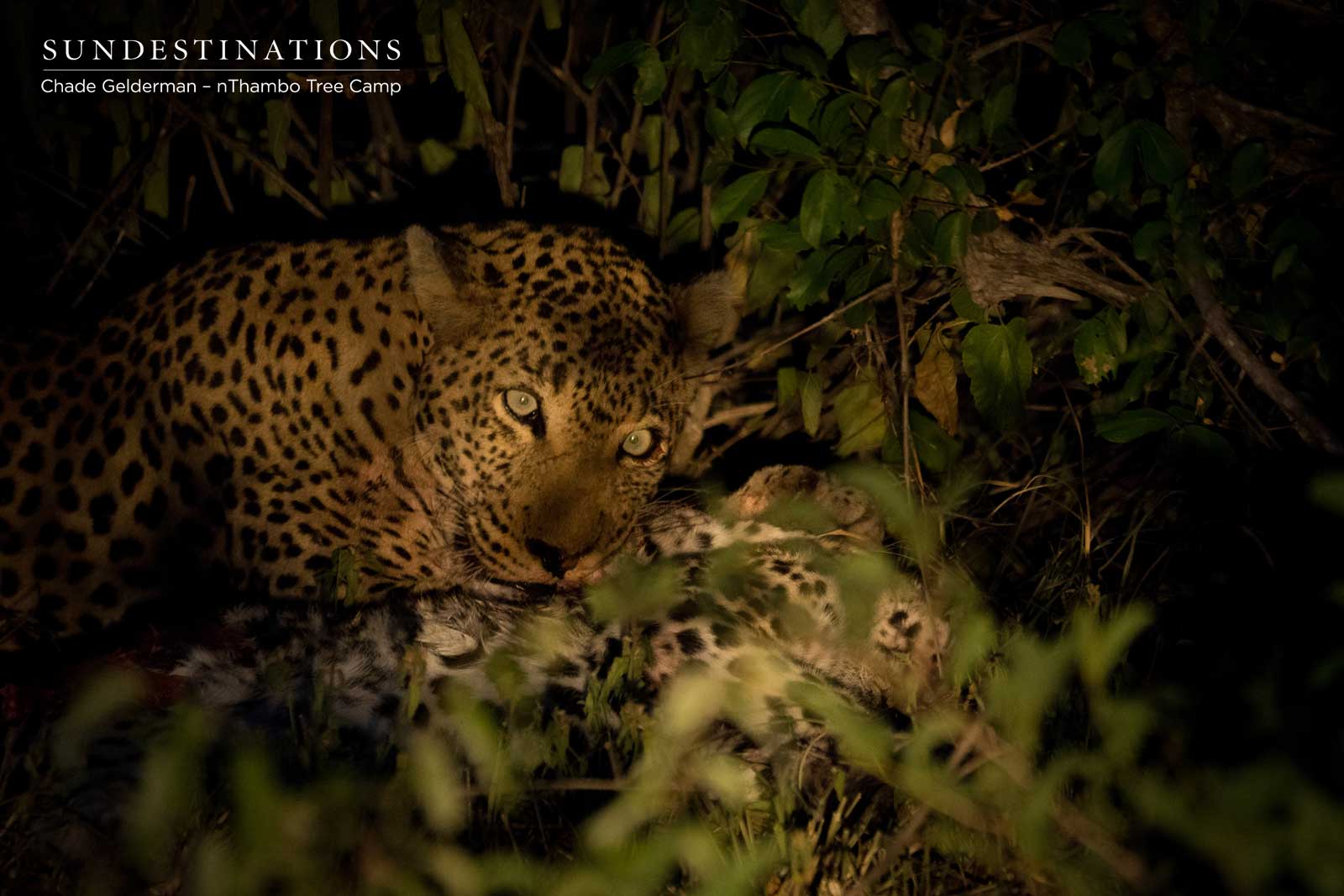 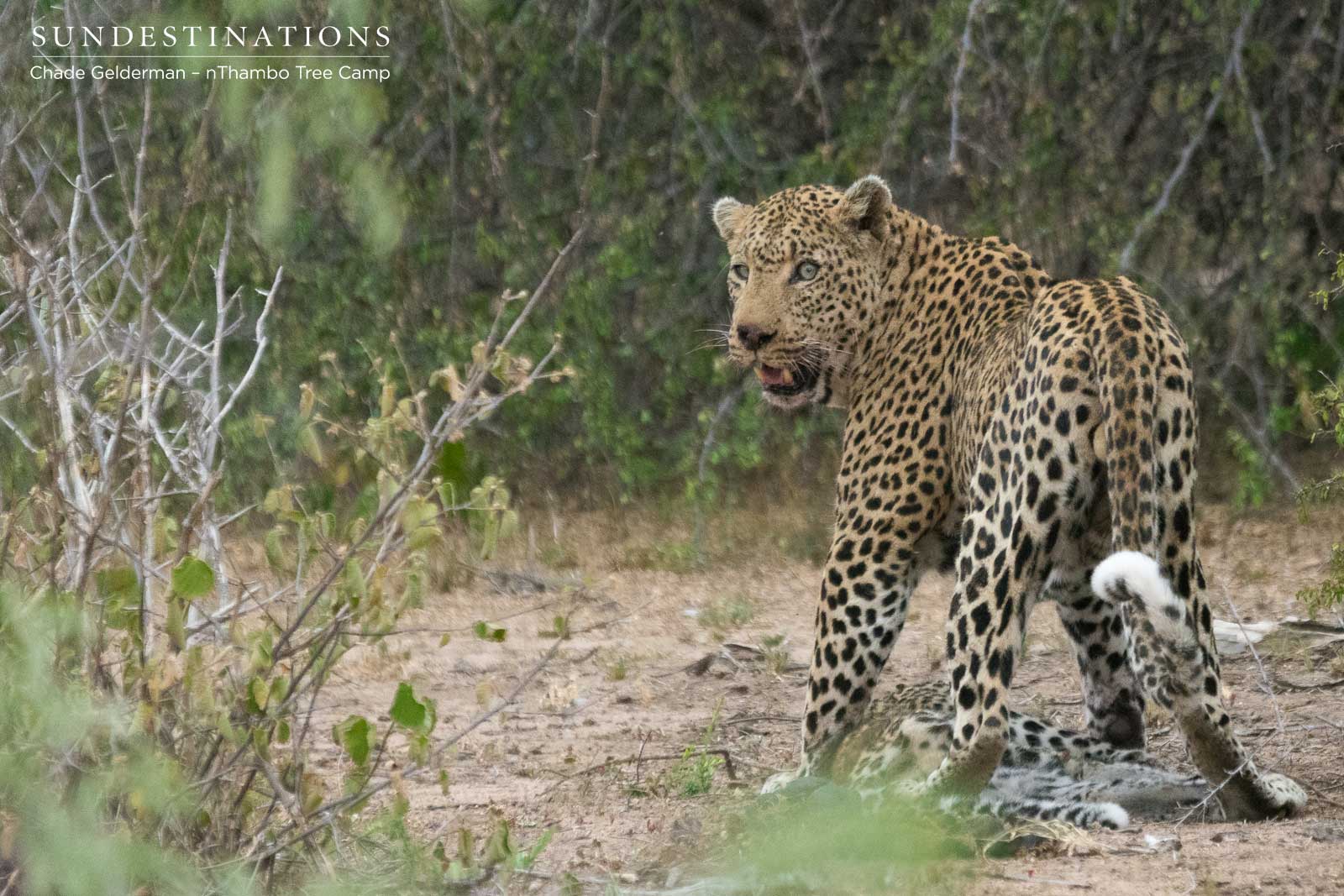