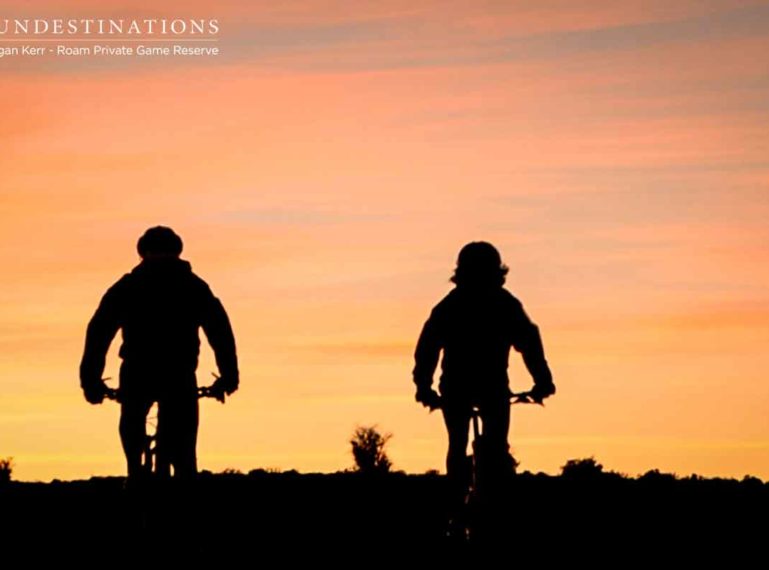 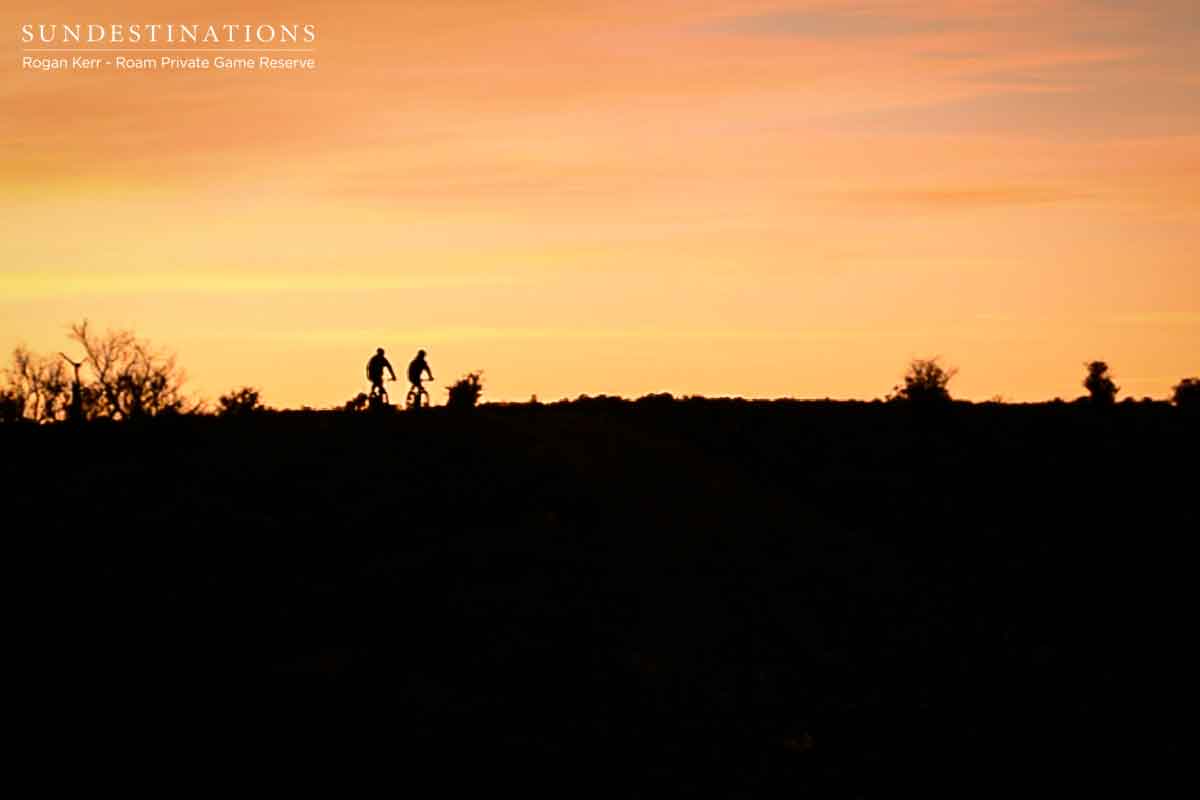 The Great Karoo is a place of stark beauty. Smack in the middle of this seemingly desolate but deceptively diverse heartland lies Roam Private Game Reserve, where guests can opt for game drives, guided walks or – for something a little different – an exciting mountain bike ride.

Nowhere in South Africa are the skies more vast than on the flat, arid plains of the Karoo. The smooth rhythm of the horizon is only interrupted by the scattered and peculiar flat-topped koppies so typical of the region, and the occasional mountain range. At a cursory glance it might seem almost Martian, but at closer inspection the parched panorama comes alive with a rich diversity of hardened semi-desert flora which includes a variety of succulents, fynbos, renosterveld, dwarf bulbs, geophytes and a veritable kaleidoscope of desert flowers.

Guests at Roam are not only privy to the floral secrets of the Karoo biome, but are also treated to an array of plains game which includes 13 species of antelope, zebra, giraffe and even buffalo. Roam has also recently initiated a cheetah programme on the reserve whereby rescued cheetah were reintroduced to the plains as part of a major conservation project. With a bit of luck and a pair of sharp eyes, guests could also spot smaller predators such as black-backed jackal, caracal, Cape fox, meerkat, bat-eared fox and civet.

Now all of these delights can be enjoyed on a leisurely bike ride. Guests of Roam Safari Lodge and the Manor House are now encouraged to saddle up their iron horses and pedal their way around the reserve on a number of mountain biking routes of varied distances. Naturally, game drives are a fantastic way of gaining intimate knowledge of the reserve and its inhabitants, but imagine waking up in the luxurious comfort of the Safari Lodge or the Manor House to a crisp Karoo sunrise and sipping on a coffee, before setting off into the wild on two wheels, with the looming Swartberg Mountains forming the perfect Insta-worthy backdrop.

The ultimate sense of freedom envelops you, as you cruise through the reserve at your own pace, traversing empty basins, sandy river beds, steep shale climbs and technical down hills, while spying creatures great and small. The stillness of the morning is only punctured by your own breathing and the crunch of your mountain bike’s wheels on one of four mapped out trails.

The Green Route is a kid-friendly 6km amble in the area around the Manor House, and the Yellow Route is a slightly more strenuous 15km, while the 24km Orange Route traverses a good portion of the reserve and the rider is bound to see plenty of game. The Red Route is recommended for fitter riders keen on exploring all the way to the north end of the reserve. It includes a number of stiff climbs, exhilarating downhills, almost guaranteed sightings and – with a slice of good fortune – a glimpse of the cheetah coalition that now calls Roam home.

Bring your own mountain bike, a helmet and a medium level of fitness, and come and roam the Karoo on your own two-wheeled game ride. 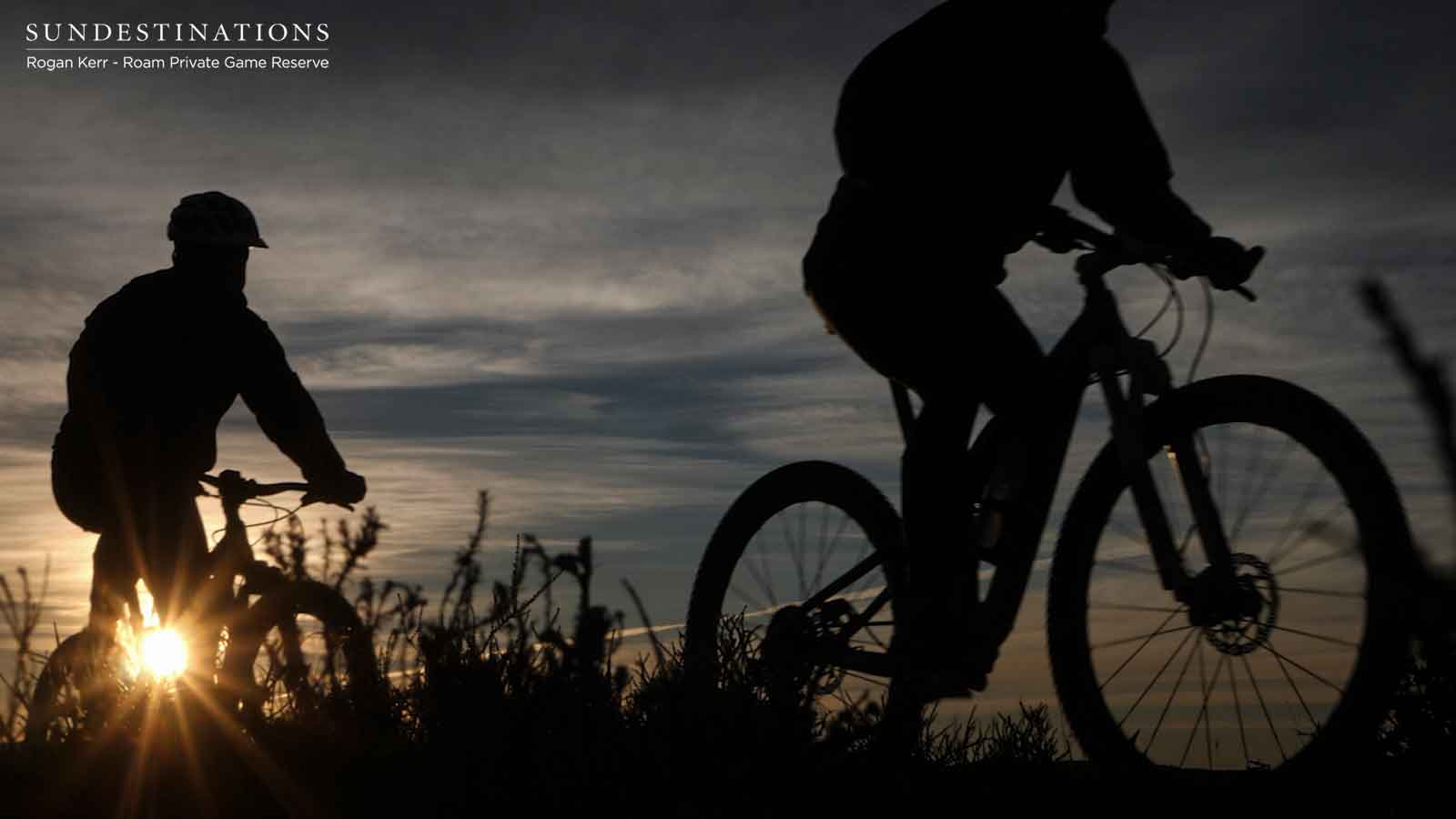 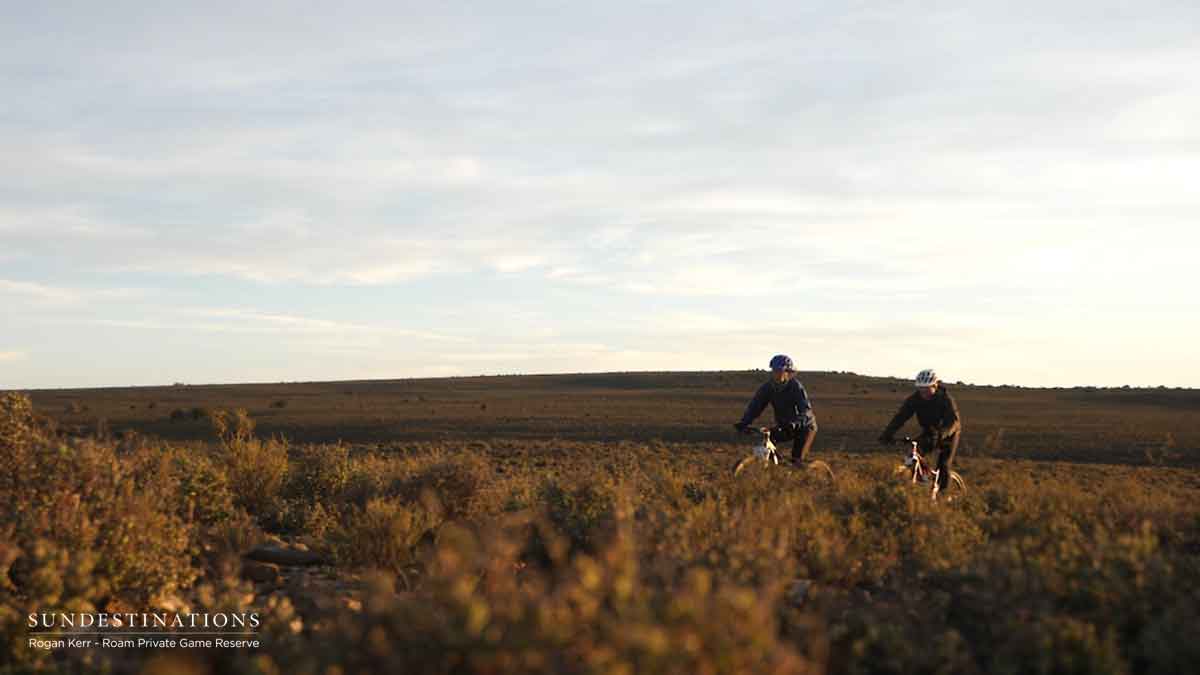 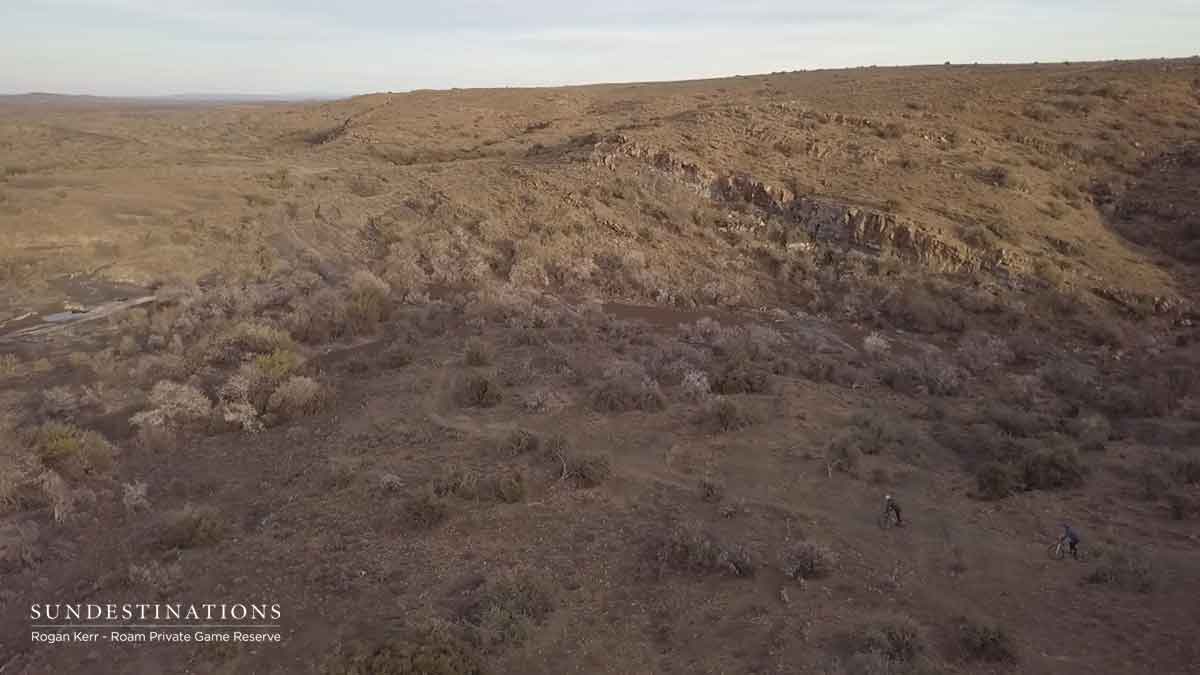 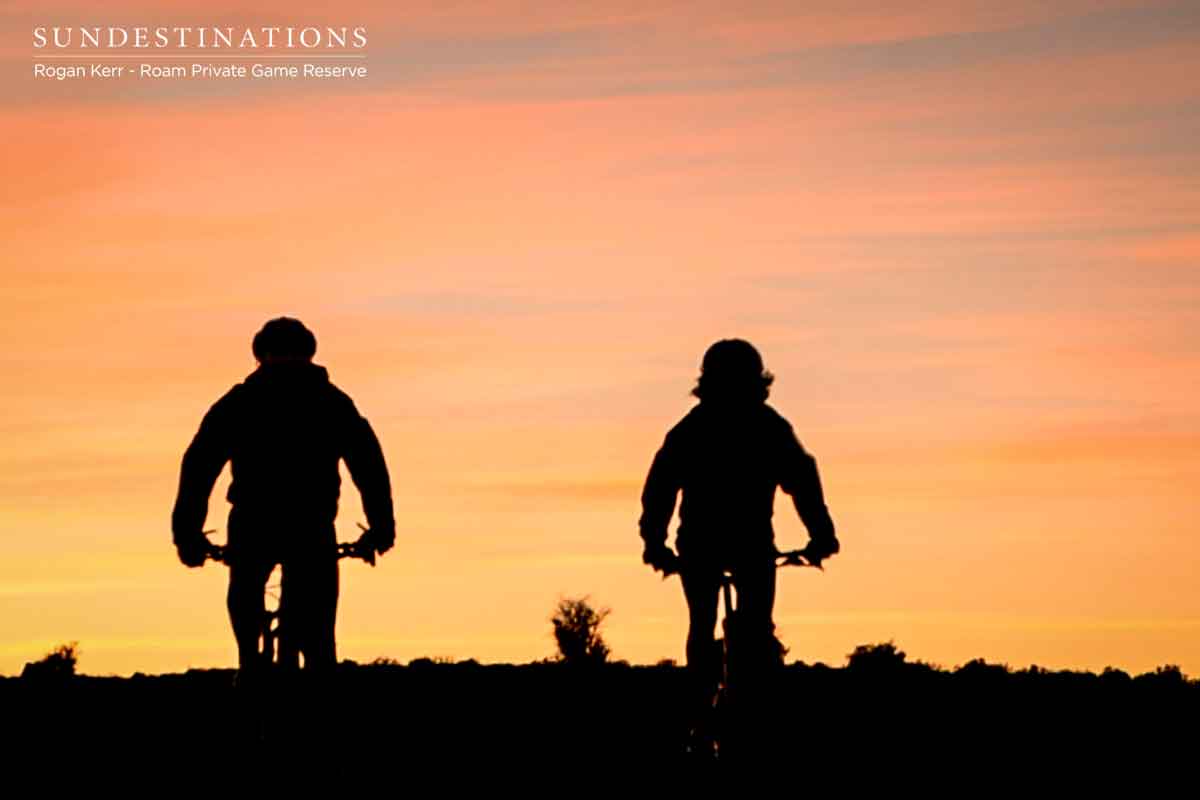 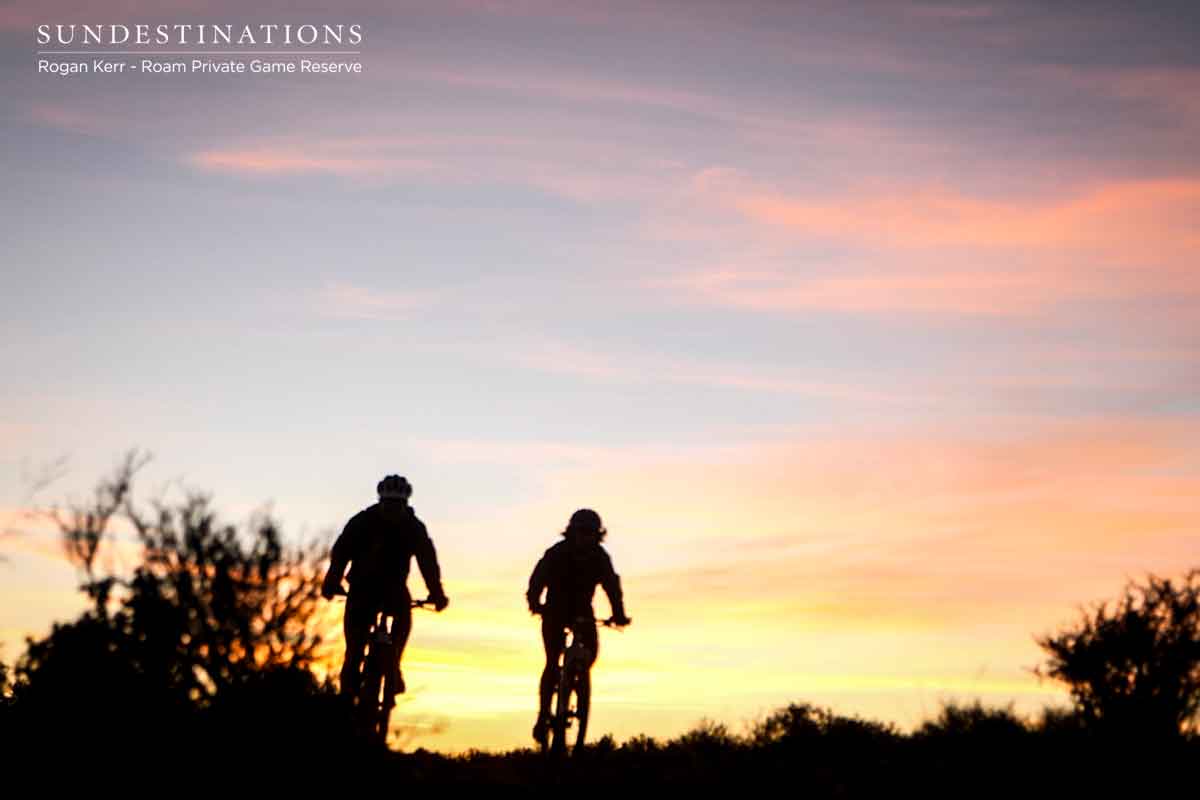