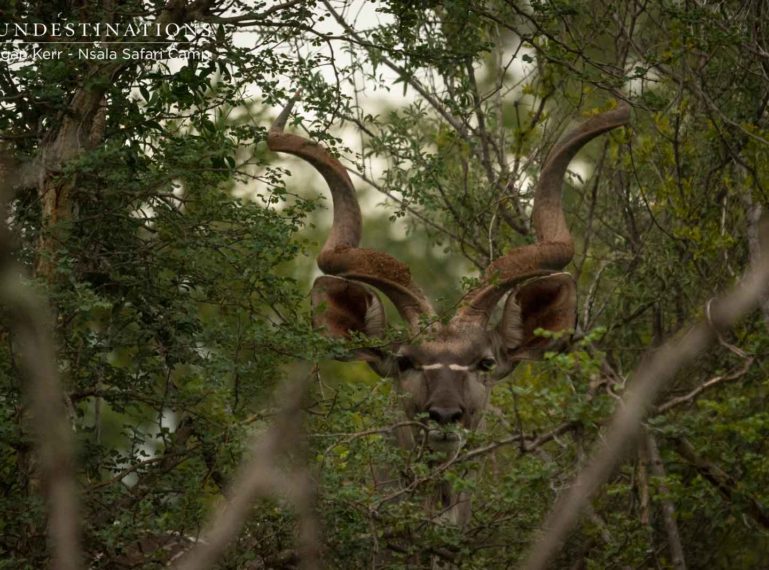 Nsala Safari Camp is charming, brims with character, and is surrounded by a lush, unfenced wilderness crawling with game – and you’ll pretty much have it all to yourself.

Nsala forms part of the Greater Kruger, meaning it’s fenceless and shares open borders with the Kruger, Timbavati and Klaserie reserves. It’s a vast 5 000ha tract of land, and you very rarely encounter other vehicles on the road.

It’s a little different from reserves such as the Timbavati or Klaserie where game rangers from various lodges are constantly in radio contact, which means they will always catch wind of great sightings. So if, say, a pack of wild dogs had just made an impala kill, the coordinates will eventually be relayed on a particular frequency, and guests from different camps will share in the special sight (generally two vehicles at a time so as not to resemble the dreadful traffic of a lot of the Kruger National Park).

At Nsala Game Reserve, there are no such radio-transmitted luxuries, simply because there aren’t really other lodges.

However, this has its own – rather significant – appeal. It means that when you come across a special sighting, you have it all to yourself, and it doesn’t feel coordinated or arranged. It feels properly wild, and as though you’ve made a discovery that you needn’t share with anyone else. But it also means that such sightings are slightly rarer, and no mean feat. Rather than rely on other vehicles for information, guides at Nsala have only their intuition, tracking skills and luck to count on. Fortunately, proprietor and guide Andrew De Luca has all of the above – in spades.

We’d barely left camp on our first game drive, when a spotted hyena slunk across the road and stood panting in the late afternoon heat, eyeing us warily. After a few seconds it loped off, and disappeared in the undergrowth.

‘Are they purely scavengers or do they hunt?’ the gentleman asked.

‘Hyenas are opportunists,’ Andrew offered. ‘They will scavenge when they can and hunt when they have to. They’re actually quite fierce hunters when they have to be, and organised too. But they will usually target young or injured animals.’

Andrew has an easy manner and kept us entertained and informed while he drove. His knowledge of the bush is deep and extensive, and he took visible pleasure in pointing out and expounding on intricacies and peculiarities of the veld and various wildlife. We had stopped at a cluster of termite mounds and he was explaining the various roles in a termite colony, when a huge male rhino suddenly emerged from the thicket, grazing unperturbed and seemingly indifferent to our presence. The massive bull allowed us to observe it for several minutes, before slowly swaying out of eyeshot. Moments later, two elephants crossed the road right in front of us and ambled down into one of the many dry riverbeds criss-crossing the property.

As the sun dived behind a bank of pink clouds and finally ducked behind the horizon, we kept driving. Customarily, we would stop for a sundowner at a pretty lookout – not this time, it seemed. Andrew had fallen uncharacteristically silent, was no longer really keeping an eye out for game, and seemed intent on getting somewhere. He didn’t even switch on his spotlight. Minutes later, we found out why. We descended into a wide, dry riverbed, and was greeted by a big bon fire at the centre of it with chairs encircling it, a table with various drinks laid out, and a cooking fire off to the left with the smell of something delicious wafting from it. Among the welcoming party to this magical dinner spot in the middle of the wilderness was Andrew’s father Paul, and several staff.

‘Sorry, I wanted to keep it a surprise, and we had to hurry,’ Andrew explained. ‘I would’ve stopped for drinks, but I thought this might make up for it!’

It did. We sat around the fire sipping on G&Ts and enjoying the De Lucas’ congenial company, until dinner was served and we moved over to a beautifully laid-out table and sat down to a scrumptiously braaied meal. Around us, the evening was alive with bush melodies, including a choir of frogs, the far-off calls of jackal and the gentle ring of a Scops Owl. Apart from the halo of light that the fire created and a couple of lanterns, we were enshrouded by darkness, and it felt wonderfully wild. It also made for spectacular stargazing, the milky way perfectly visible in the African night sky.

Later, we made our way back to the camp in the back of the game viewer.

The lodge consists of only three rooms, but they all look over a dry riverbed, a small infinity pool, a boma and a lovely dining and lounge area, which is frequently visited by a troop of mongooses. The elevated position of the camp gives one a good vantage point for spotting possible game passing through the foliage below, and a windpump on the far bank adds to the rustic charm of Nsala. The rooms are simple, but comfortable, and the sliding doors of each open right on to the common area, so that it makes for a cosy atmosphere.

Nsala is a wild place. And the camp with all its rustic appeal and bygone charm is perfectly tailored to its wild and natural surroundings. An expansive pool deck which, according to Andrew, is to be built in coming weeks, will add even more to the lodge’s aesthetic, and will complement the rest of the camp perfectly.

Although I could only stay for one night, it was enough to convince me that I would have to return to Nsala for a prolonged stay. The reserve feels like true wilderness, and the camp represents a beautiful little oasis with all the modern comforts one might need. 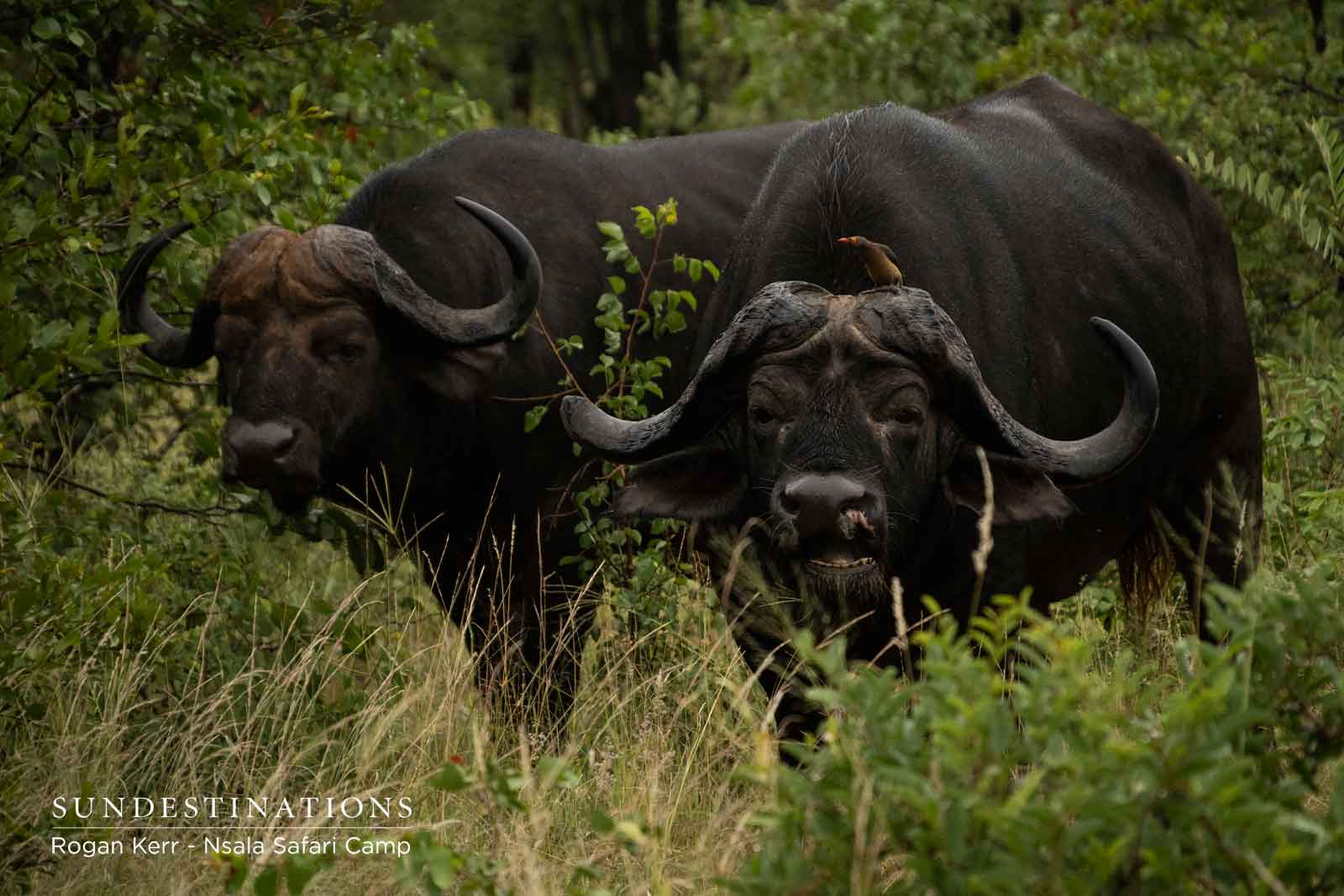 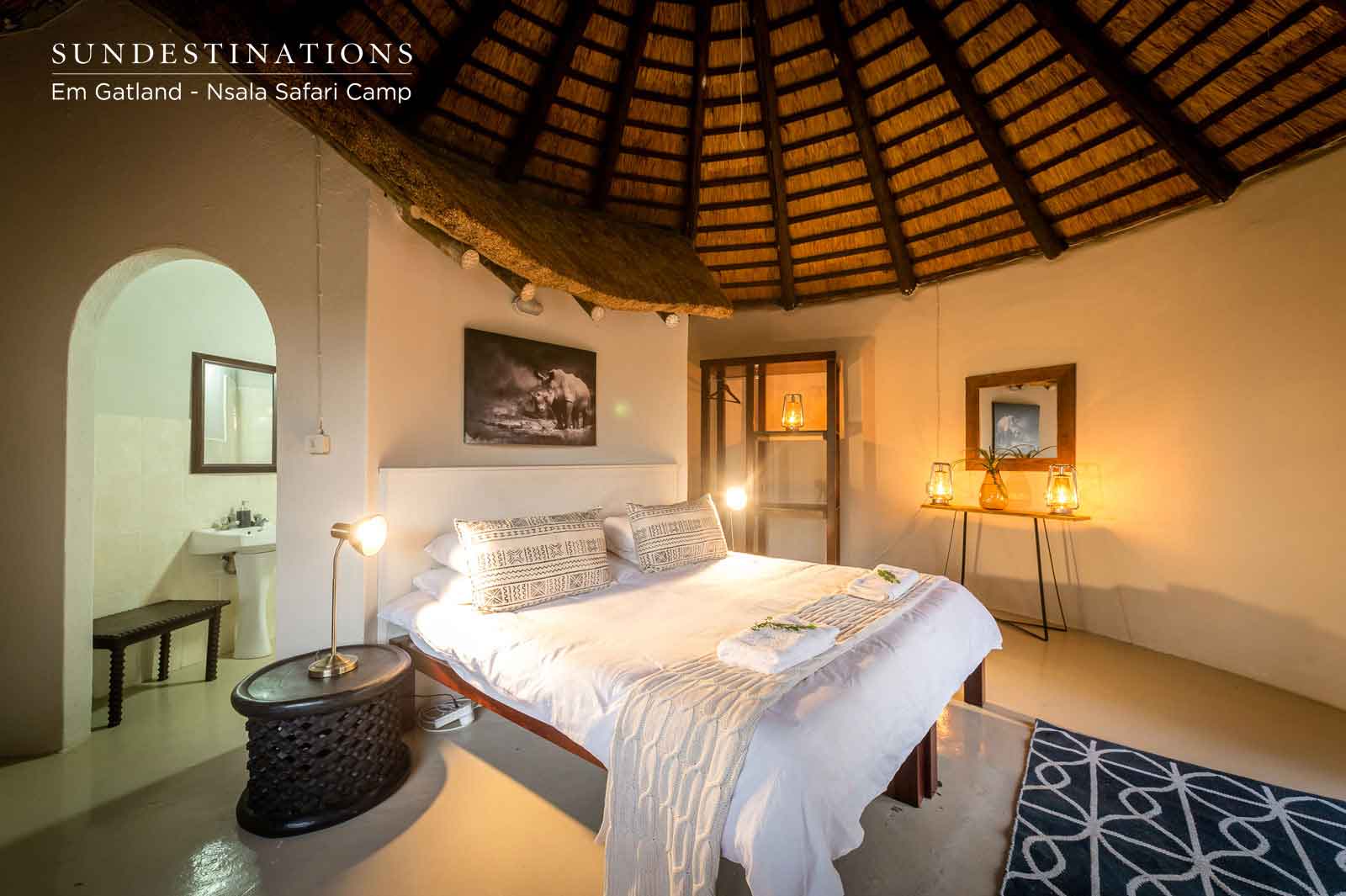 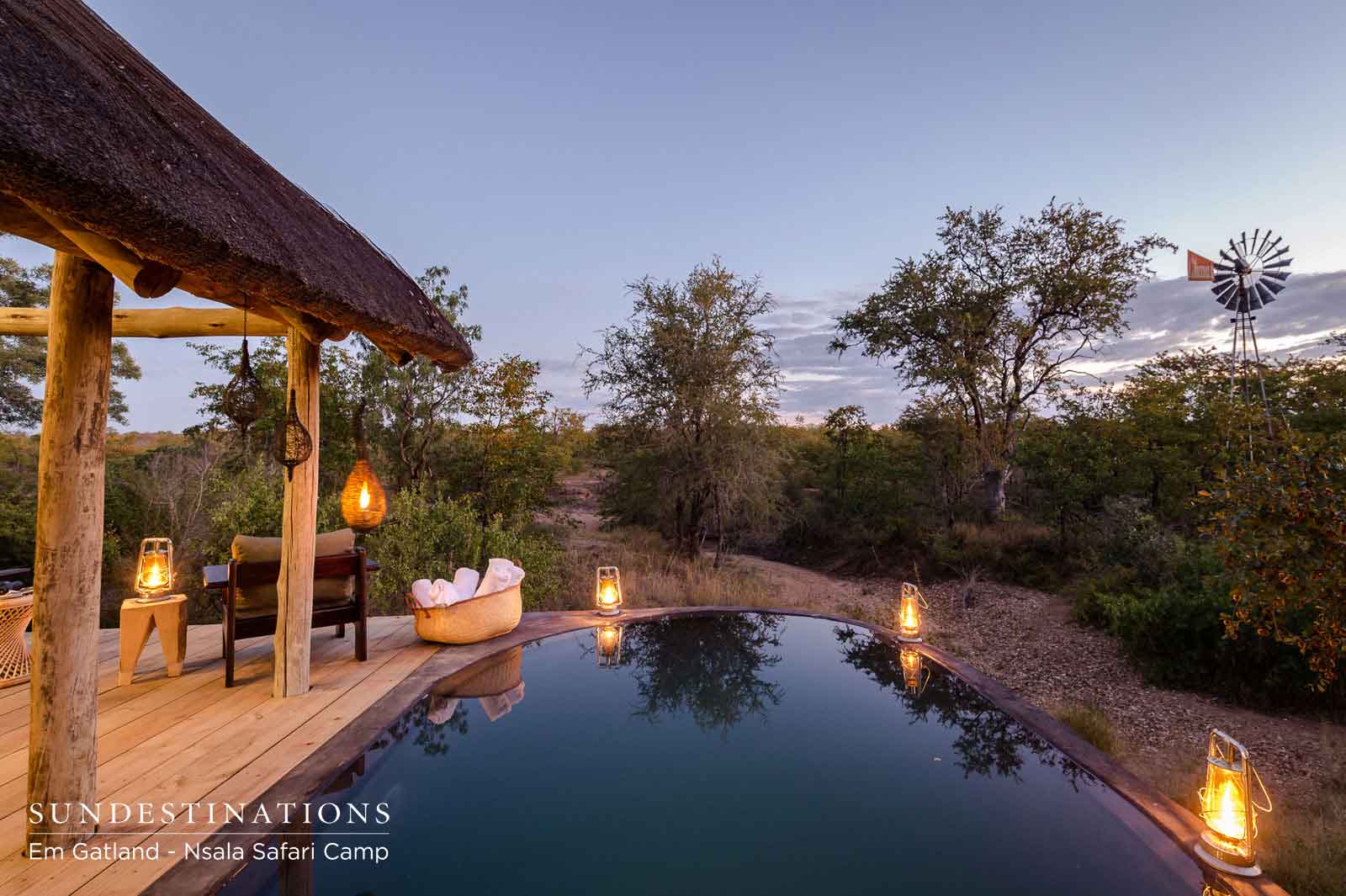 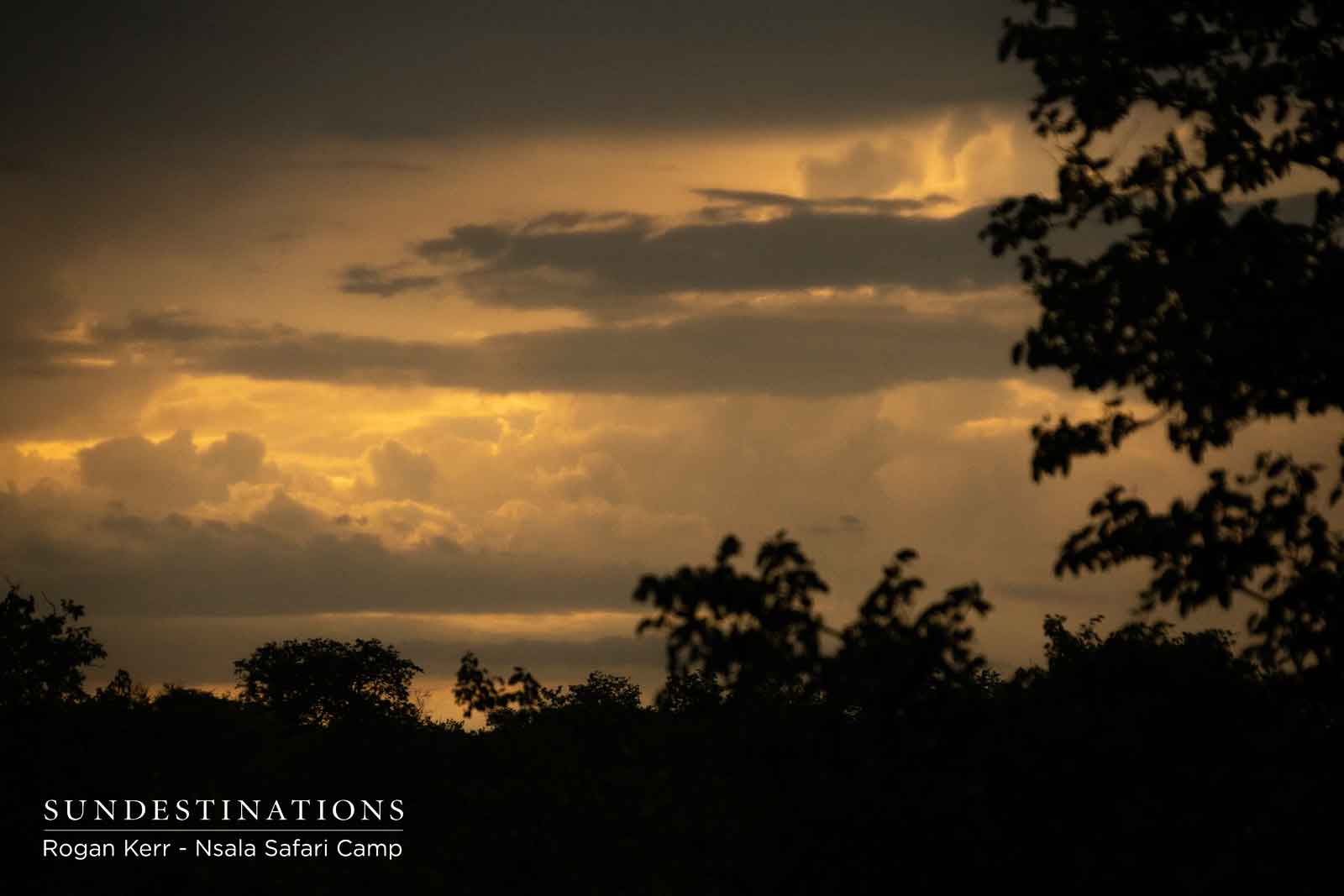 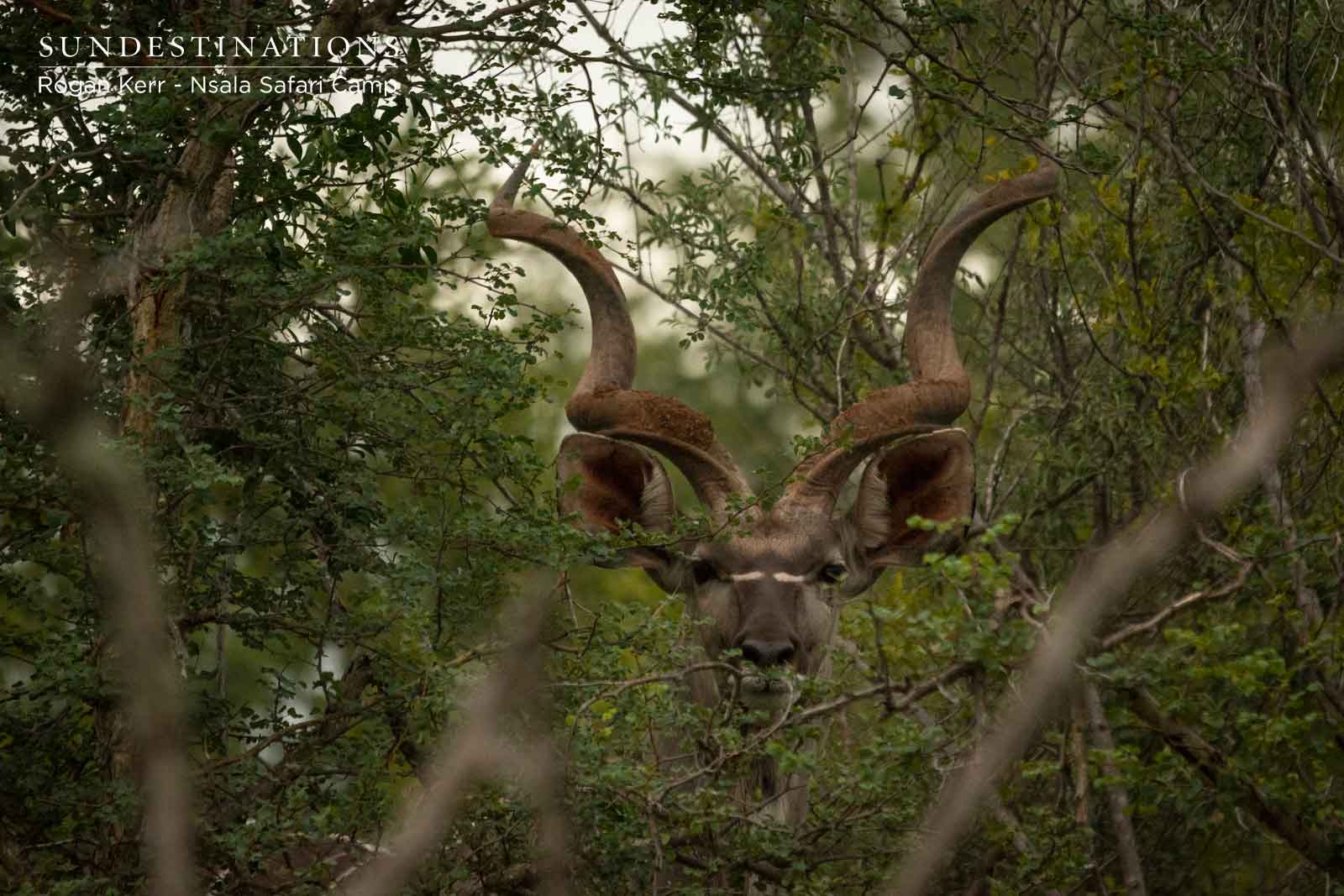