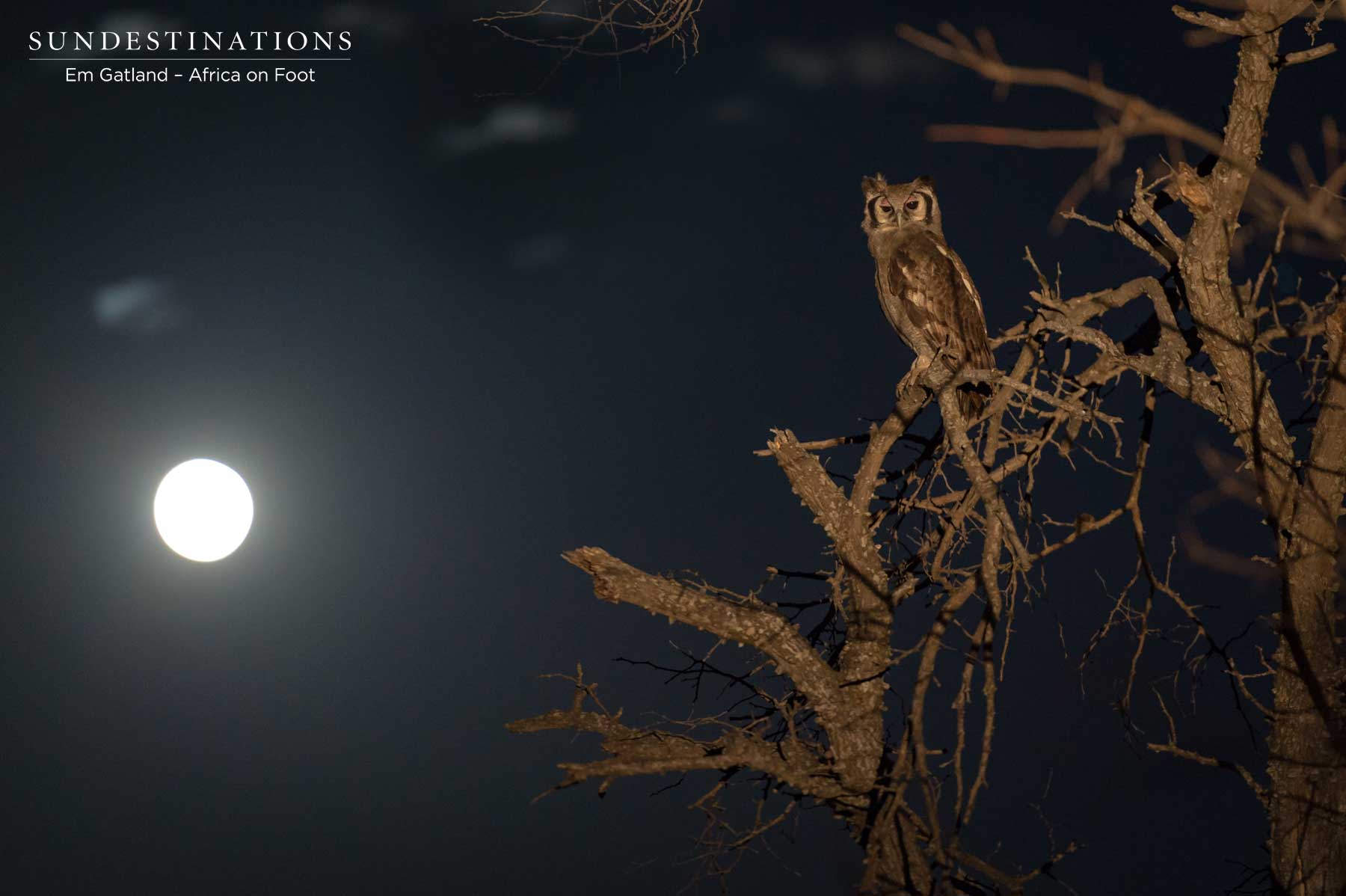 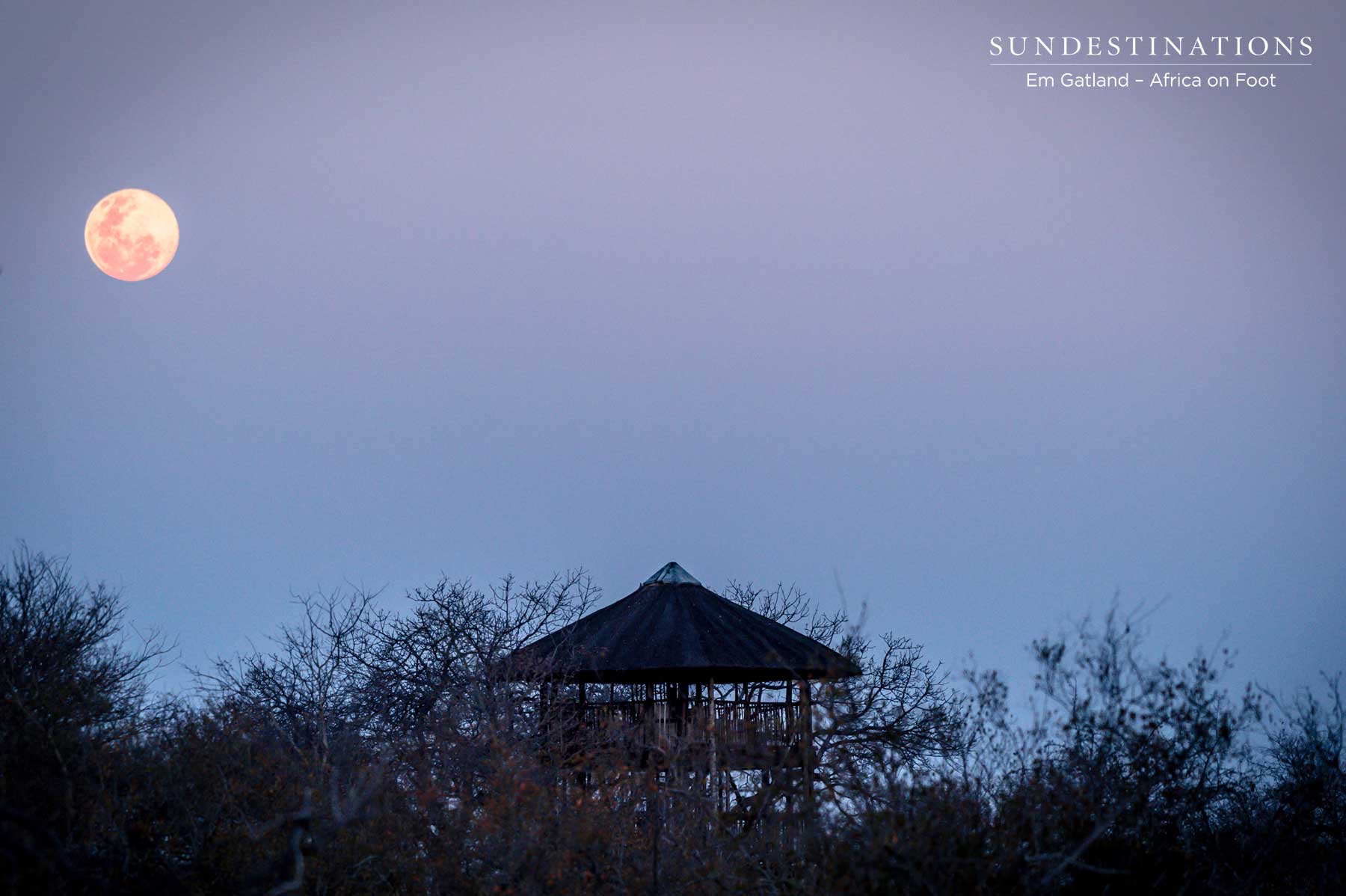 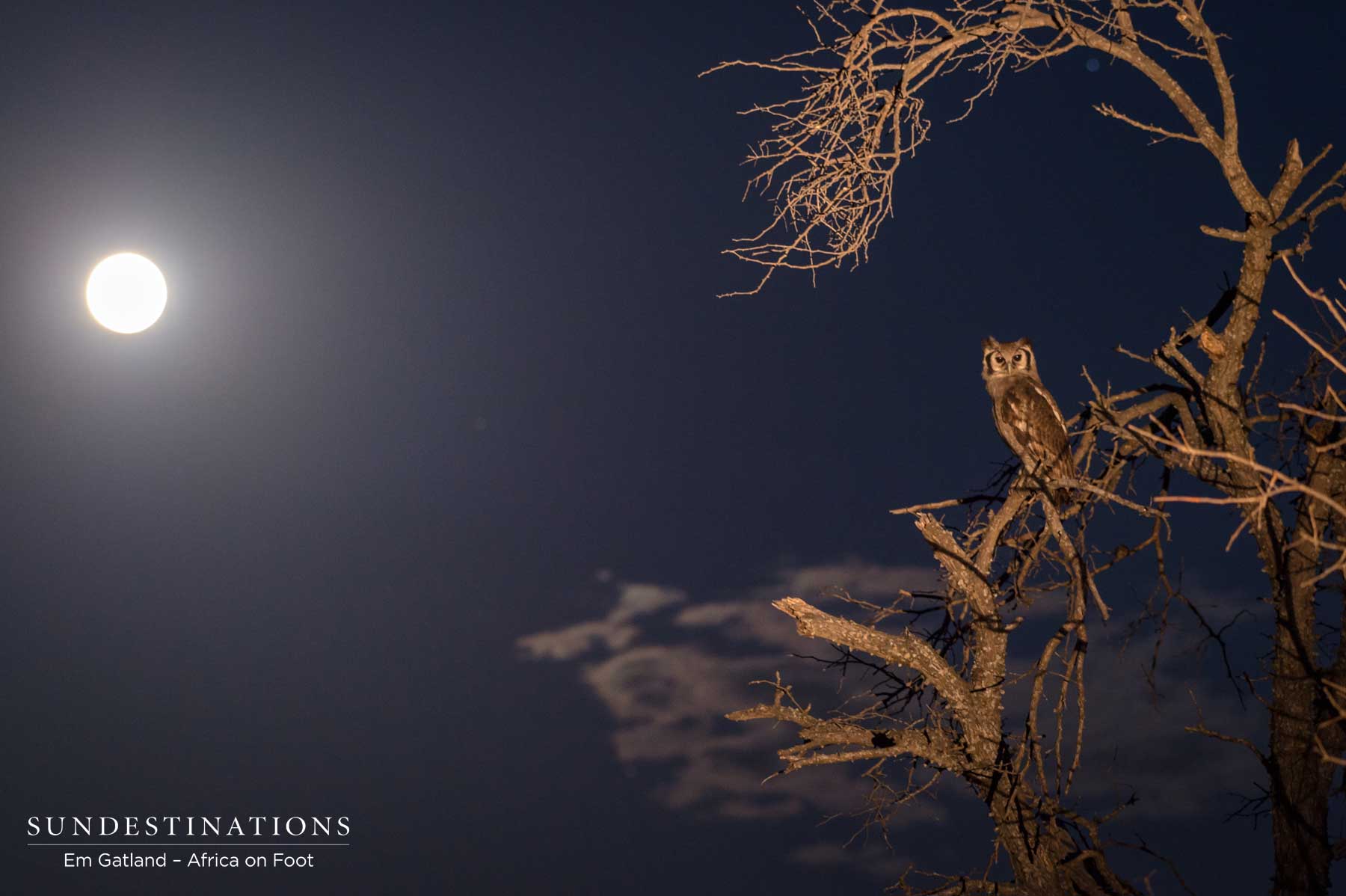 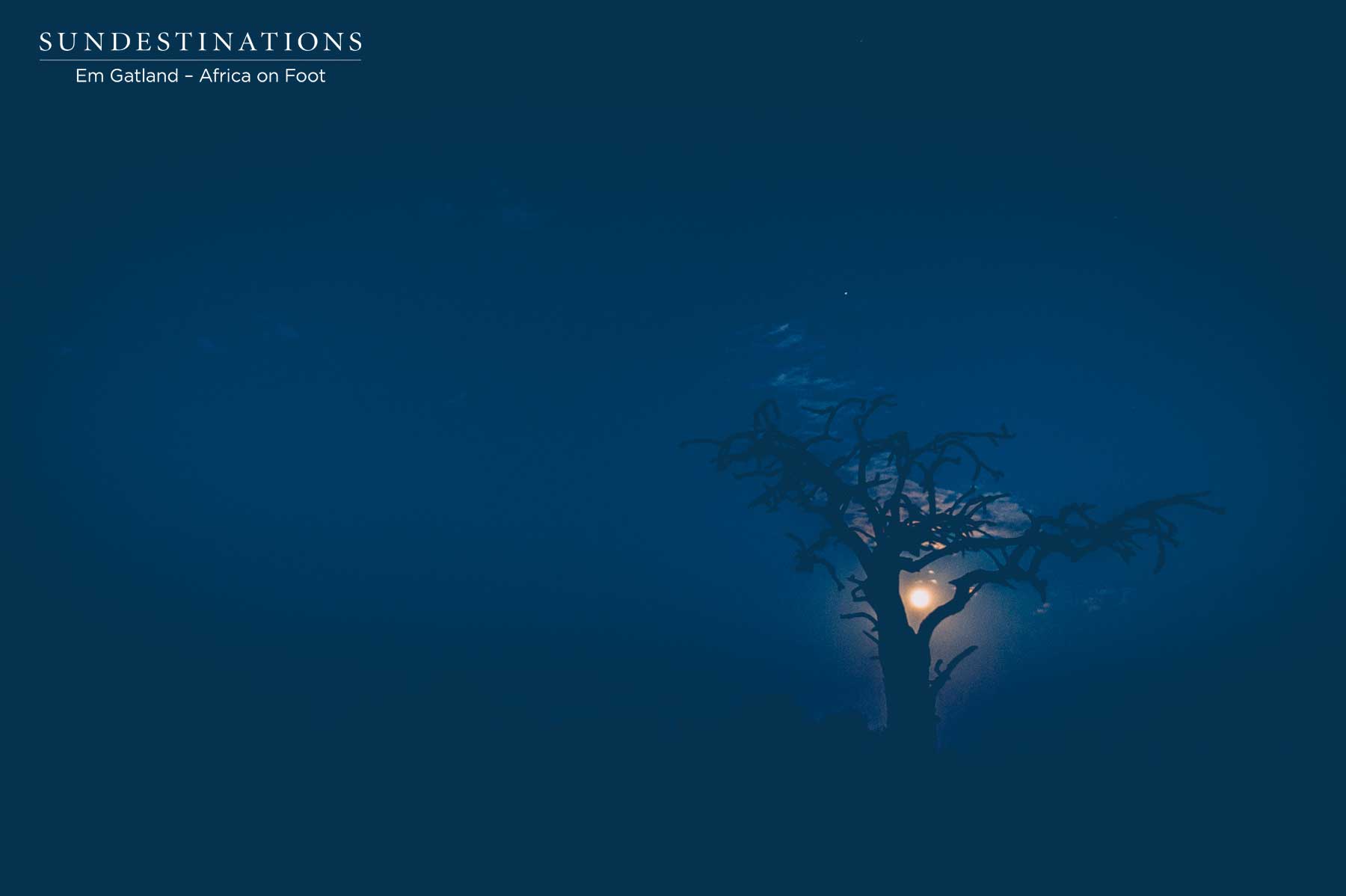 Photographing Owls is Always a Hoot

Owls. They carry with them a sense of wisdom, aura of mystery and innate intuition. Owls are respected by many and honoured in folklore. Their Mona Lisa eyes have the ability to make us feel like our every movement is being observed, and their hooting sound and screeching calls are unmistakeable. The majority of owls thrive at dusk and dawn, but there are also the partially diurnal species that provide us with perfect visuals during the day. We’re not going to analyse every type of owl species in the Klaserie Private Nature Reserve (of which there are many) but we are going to find out more about one of recent sightings of a Verreaux’s eagle-owl, Africa’s largest nocturnal and crepuscular owl. Otherwise known as the milky eagle-owl or the giant eagle-owl, this bird of prey is one of the largest and exquisite owls to spot while on safari.

When photographer Em Gatland took the night hours – in true night owl fashion – she had little idea of what lay ahead. The indigo night sky and barren trees created quite the 3D illusion and with the full moon mothering the landscape below, her photos proved to be beautifully eerie, yet stark and filled with a sense of enigma. While happily and peacefully listening to the sound of her slow shutter speed, Em noticed the unmistakeable presence of a  Verreaux’s eagle-owl. Perched comfortably on the branch of a decaying tree, the bird of prey hung around long enough to provide us with a few interesting photos.

Here are a few facts about this large species of owl.

1. This species of owl is active at night, and, like most nocturnal birds is not bestowed with the beauty of bright plumes and rainbow colours. In fact, they’re normally mottled blacks, whites, browns and grey; and somewhat drab in appearance. The males have little need to put on colourful courtship displays like their diurnal counterparts because, well, it’s dark. Also, these bushveld colours means that owls can remain camouflaged during the day.

2. Because this is larger owl, it’s diet requires bigger species of prey than other owls. It preys on medium-sized animals and even large birds. Prey can even include warthog piglets, springhares and Secretary birds. The Verreaux’s owl will consume insects and any “small” prey that comes their way, but they also don’t hesitate to carry off quarry weighing up to 1.8kg. Owls will glide gracefully through the air and then swoop down to snatch their prey.

3. Verreaux’s eagle-owls are monogamous birds and generally guard over their territory with a cacophony of song. The courtship ritual involves a series of rather staggered bobbing and shuffling movements. These owls will only breed annually in the dry season and after giving birth, fledglings will leave the nest at roughly two months.

Photographing owls is always a hoot… 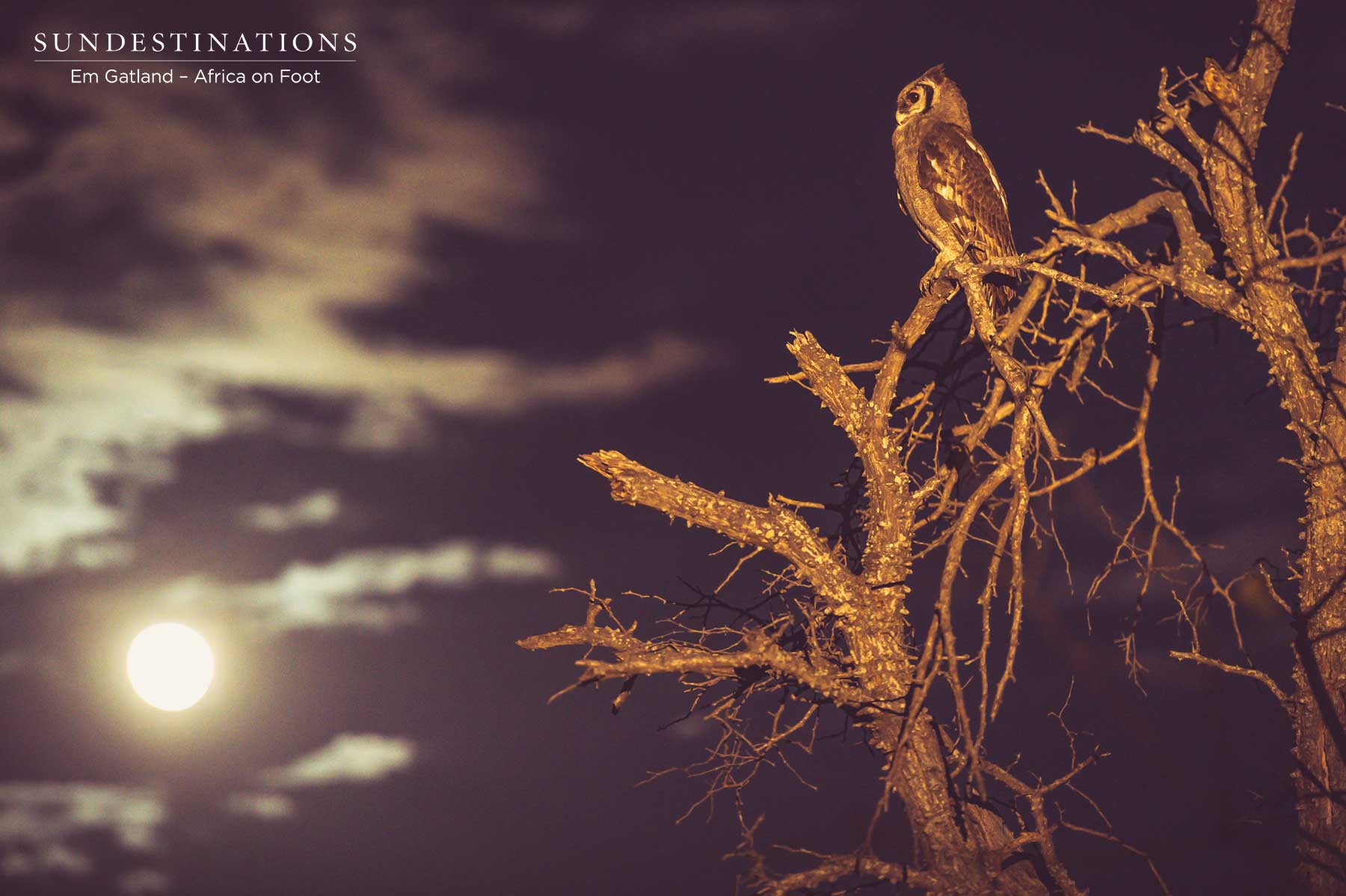 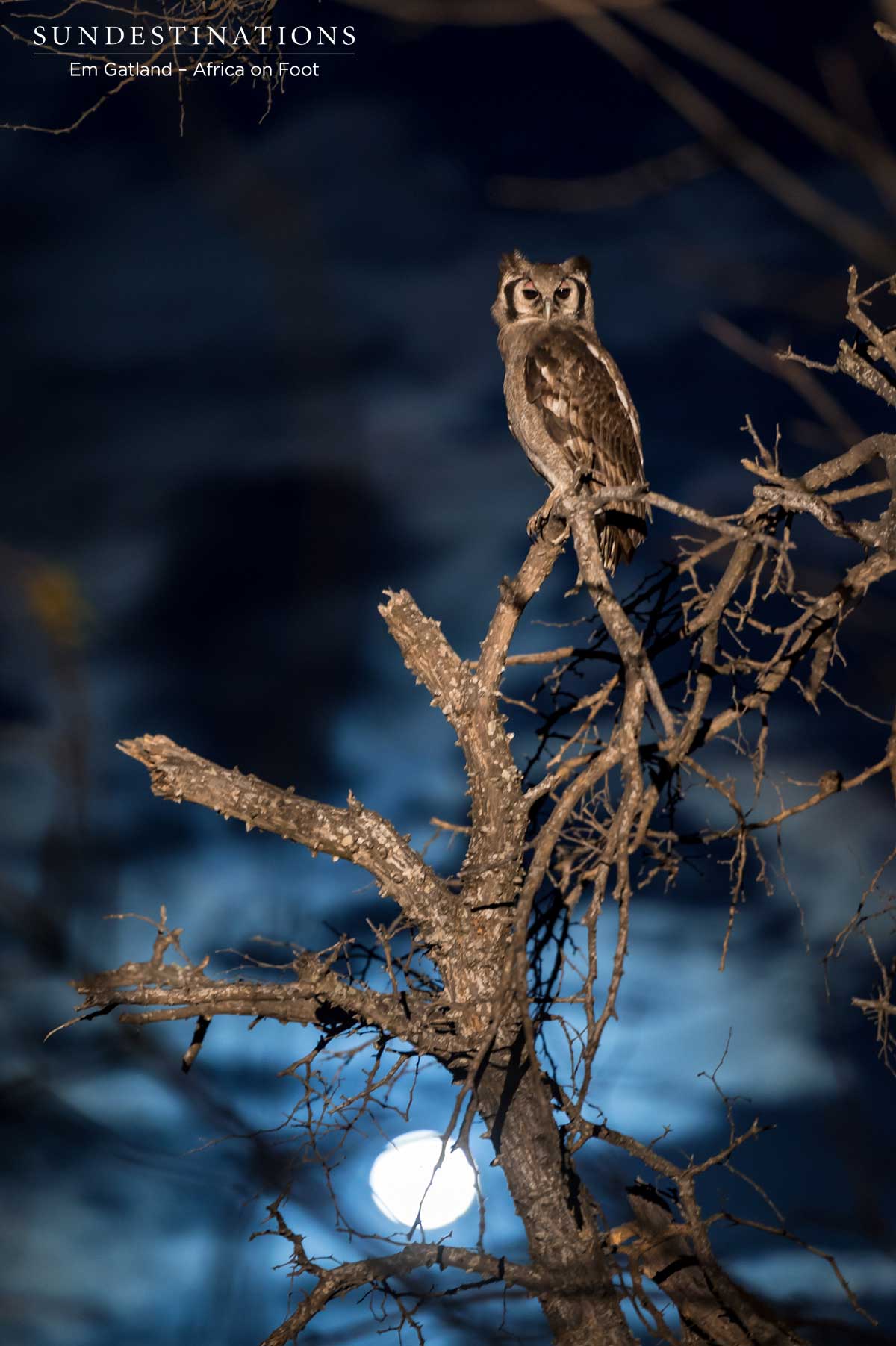 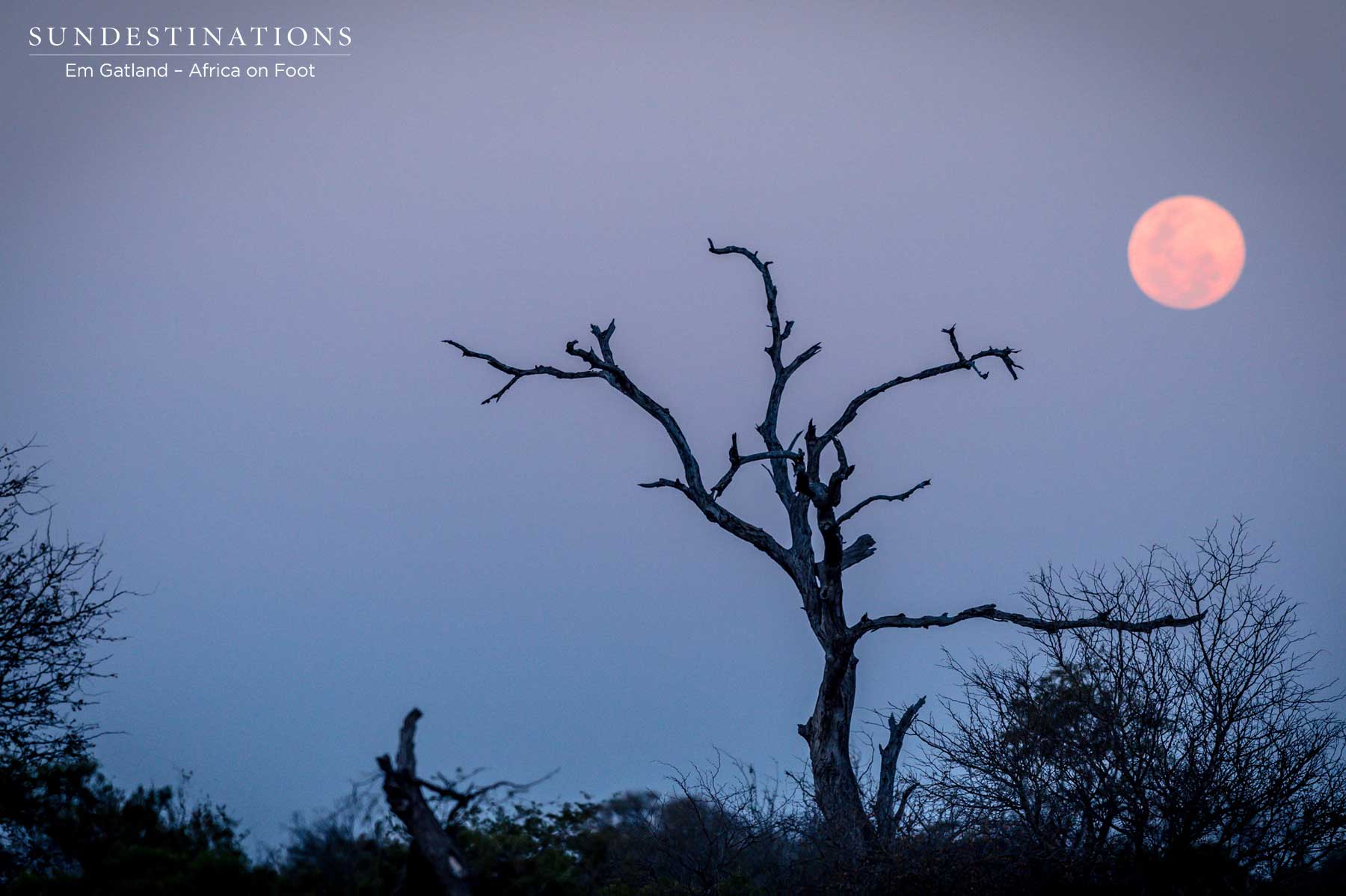