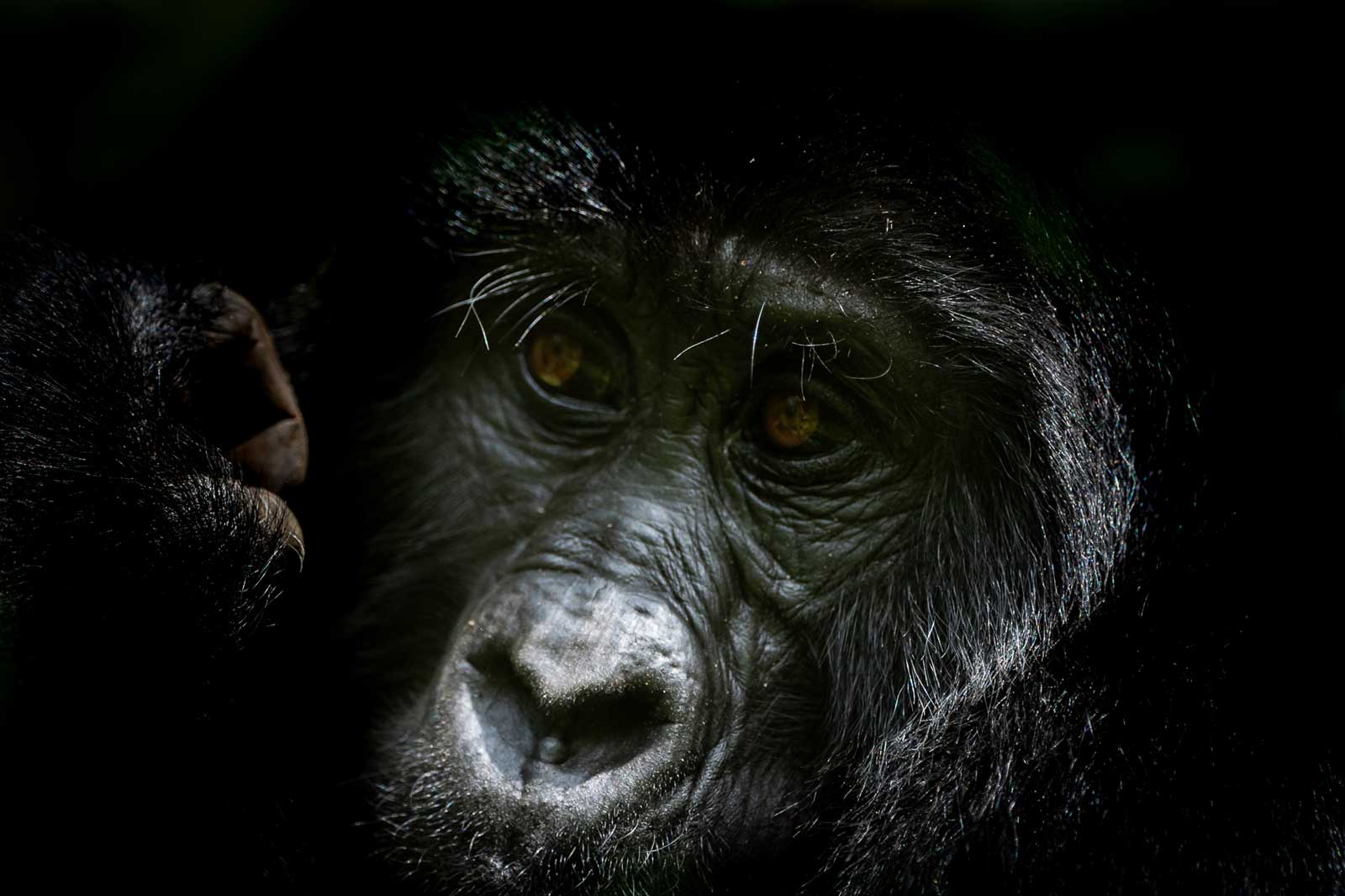 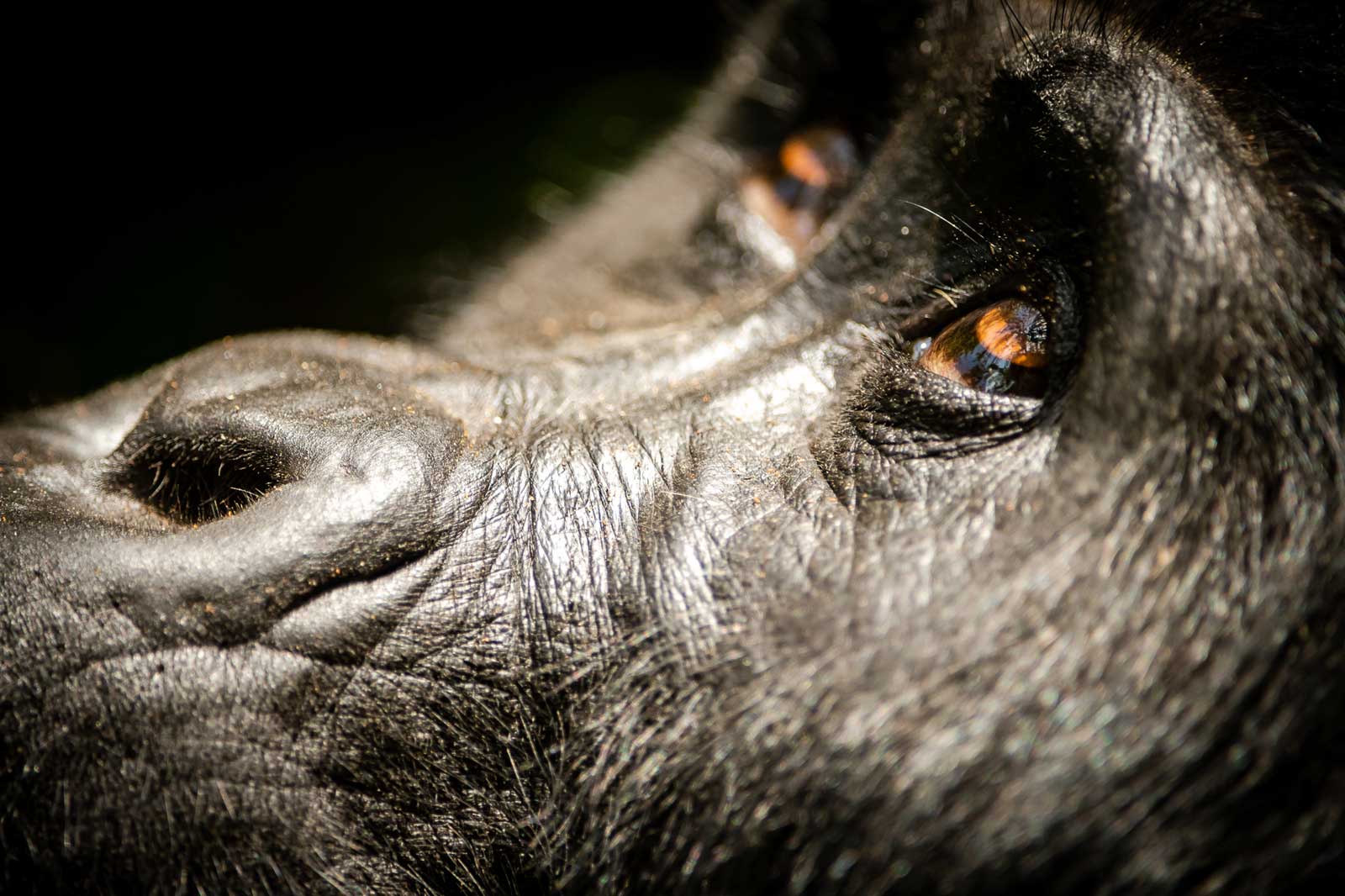 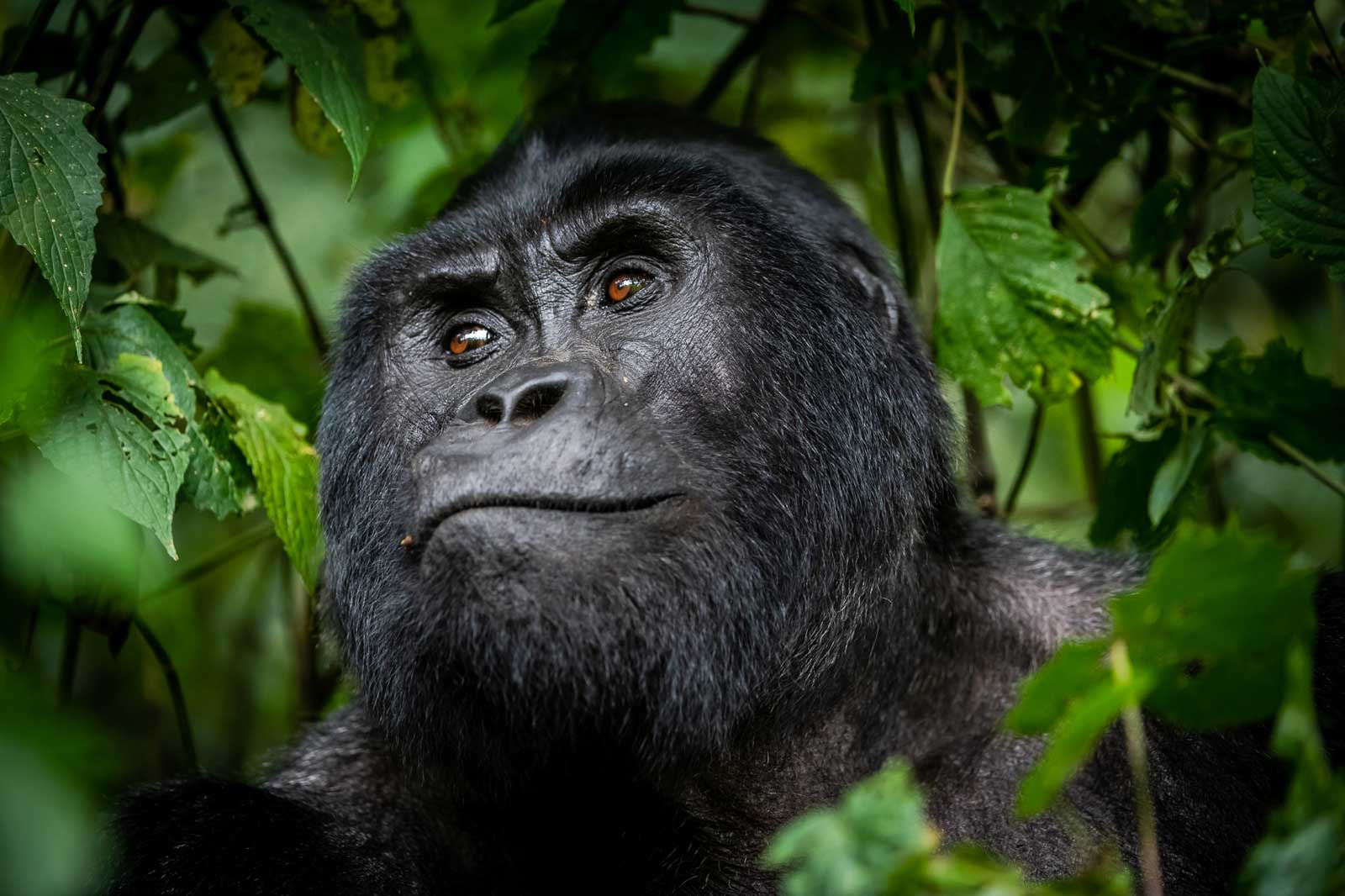 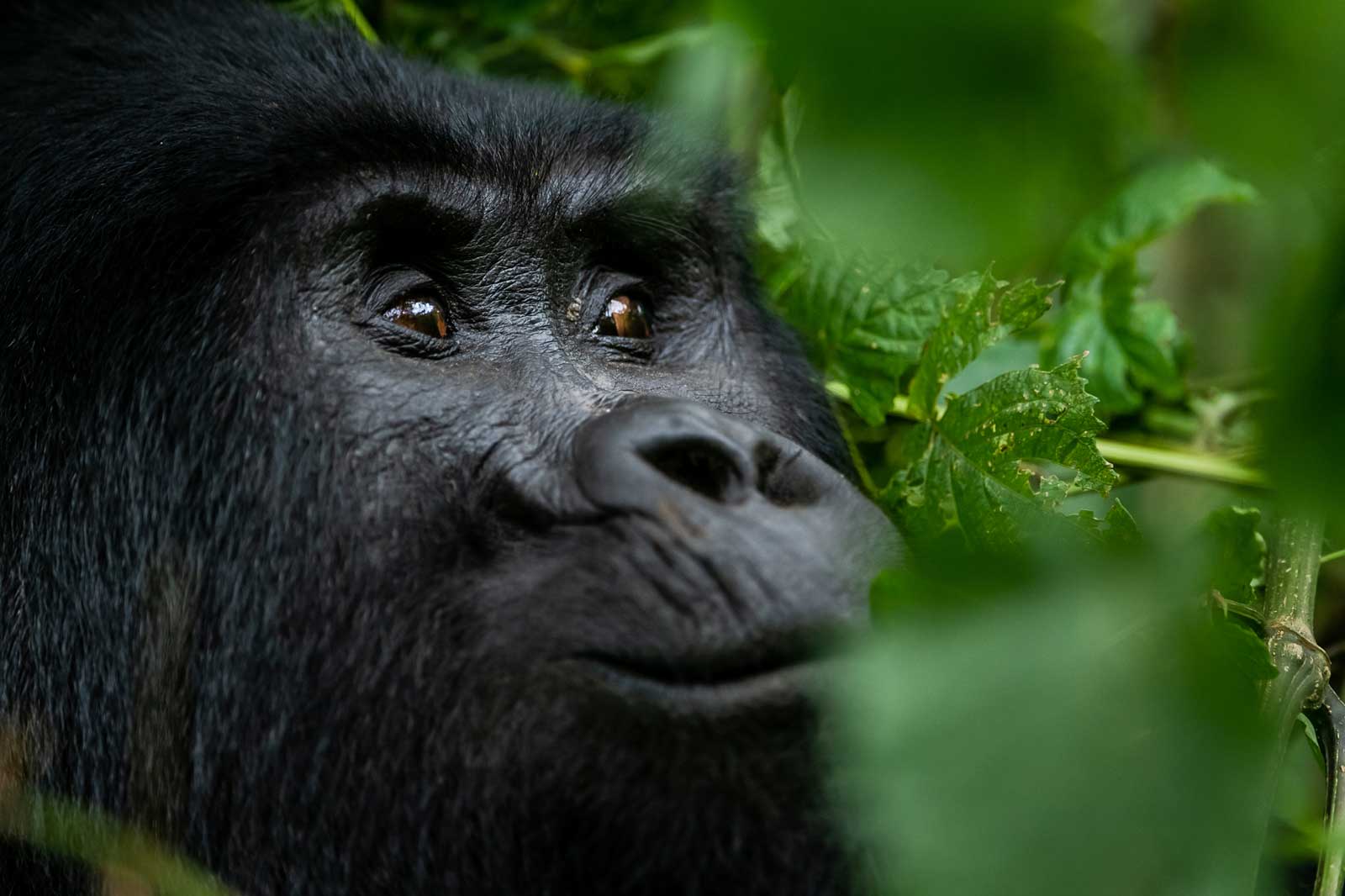 The broad-shouldered silverback gorilla casually makes its way past our group of hikers, flexing his muscles while he slowly knuckle-walks towards a patch of tangled vegetation. There we stood, completely in awe of the silverback’s robust and powerfully built stature, a mesmerising moment frozen in time. A split second of a connect between human and primate, and there are plenty of similarities. These are the mountain gorillas of the Bwindi Impenetrable Forest, and when you eventually find them after hours of trekking through verdant forest, you will discover that nothing can prepare you for the moment you actually come across them on foot.

The downside was the driving out of the local Pygmy community that called the forest their home. The history of the Batwa Pygmies of Bwindi and their forced removal from the reserve is a story for another day! For now we’ll focus on the gorilla families of the Bwindi Forest, a conservation area straddling the edge of the Albertine Rift Valley.

There are many different gorilla groups to track in the forest, some of which are more habituated than others. You will be briefed beforehand about the individuals or groups that you will be tracking. Locating the gorillas can take anything from a few hours to a full day arduous trek through tricky terrain. The gorillas located high up on the steep slopes are less habituated, and somewhat more burly than the ones on the lower slopes.

We were lucky enough to spot a small family of gorillas after just 2 hours of fairly easy walking through the forest. Admittedly, the ground was moist and carpeted with ferns so there was a constant need to check your footing. Hints of streams cut through the notorious thickets of herbs, vines and shrubs; which meant you couldn’t simply walk in auto-pilot mode. The impenetrable name is derived from the dense Afromontane forest smothering the high altitude slopes, and the fact that the gnarled vegetation twists and coils its way across the landscape.

Gorilla Groups to Track in Bwindi : 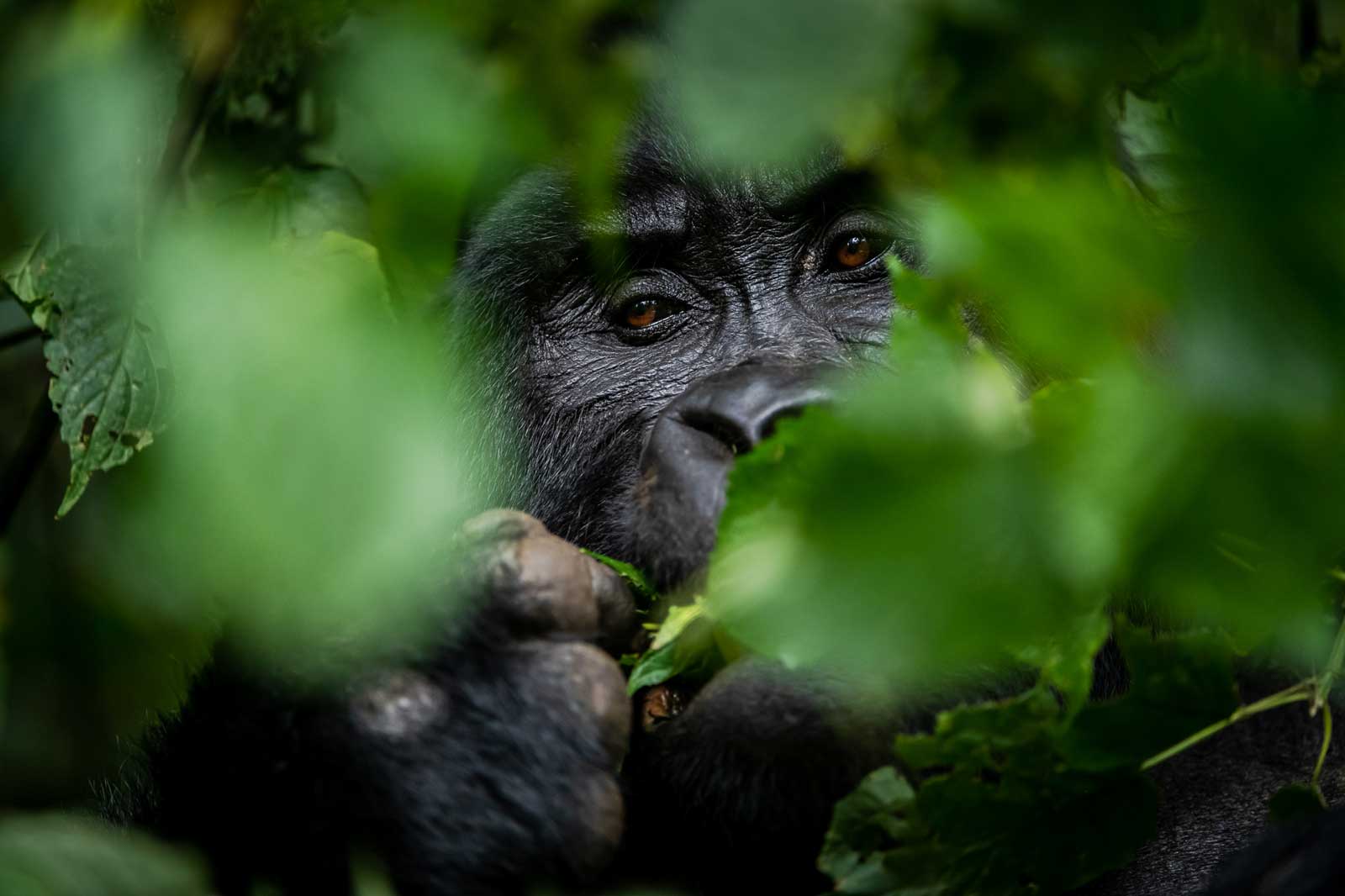 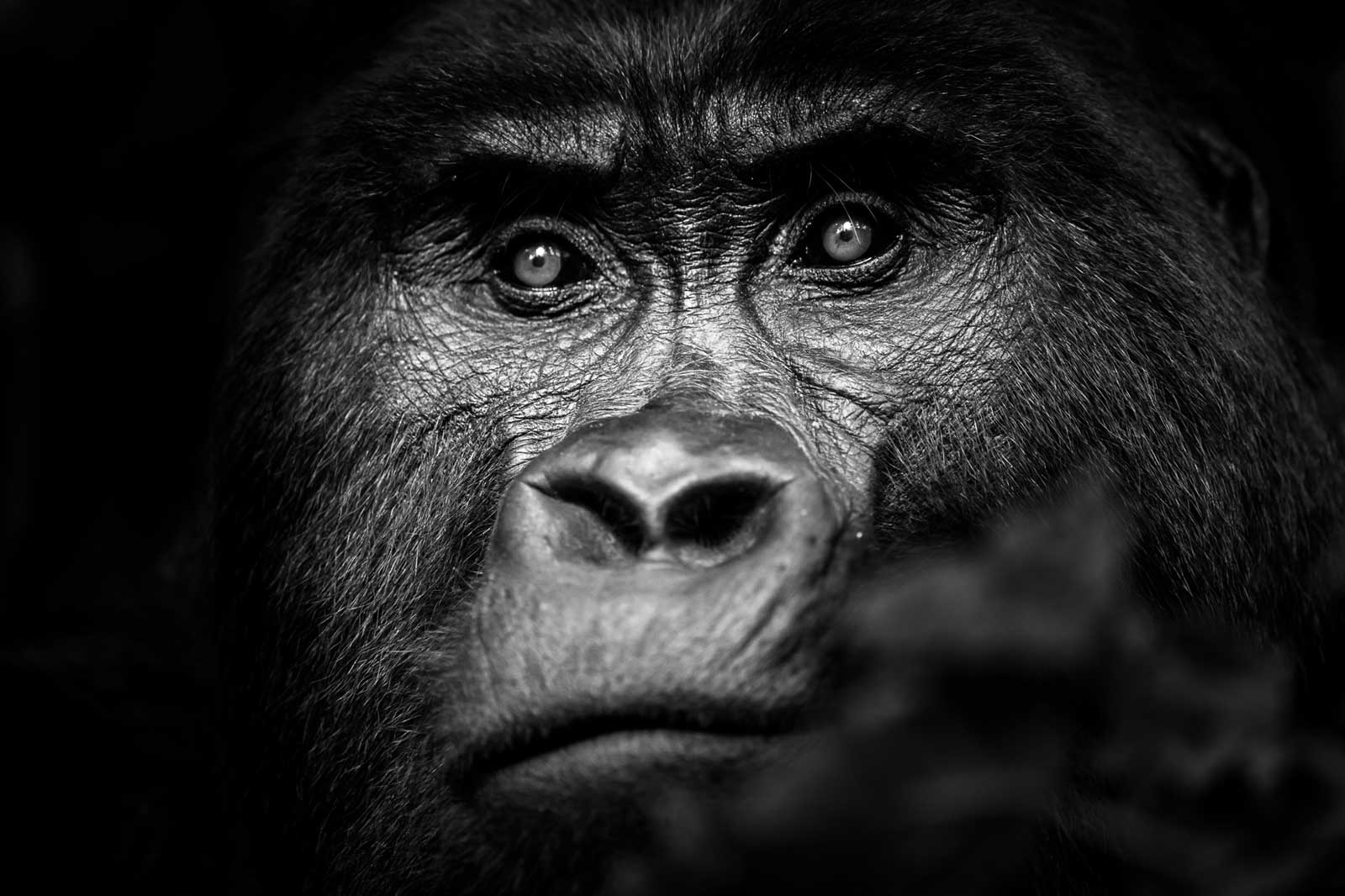 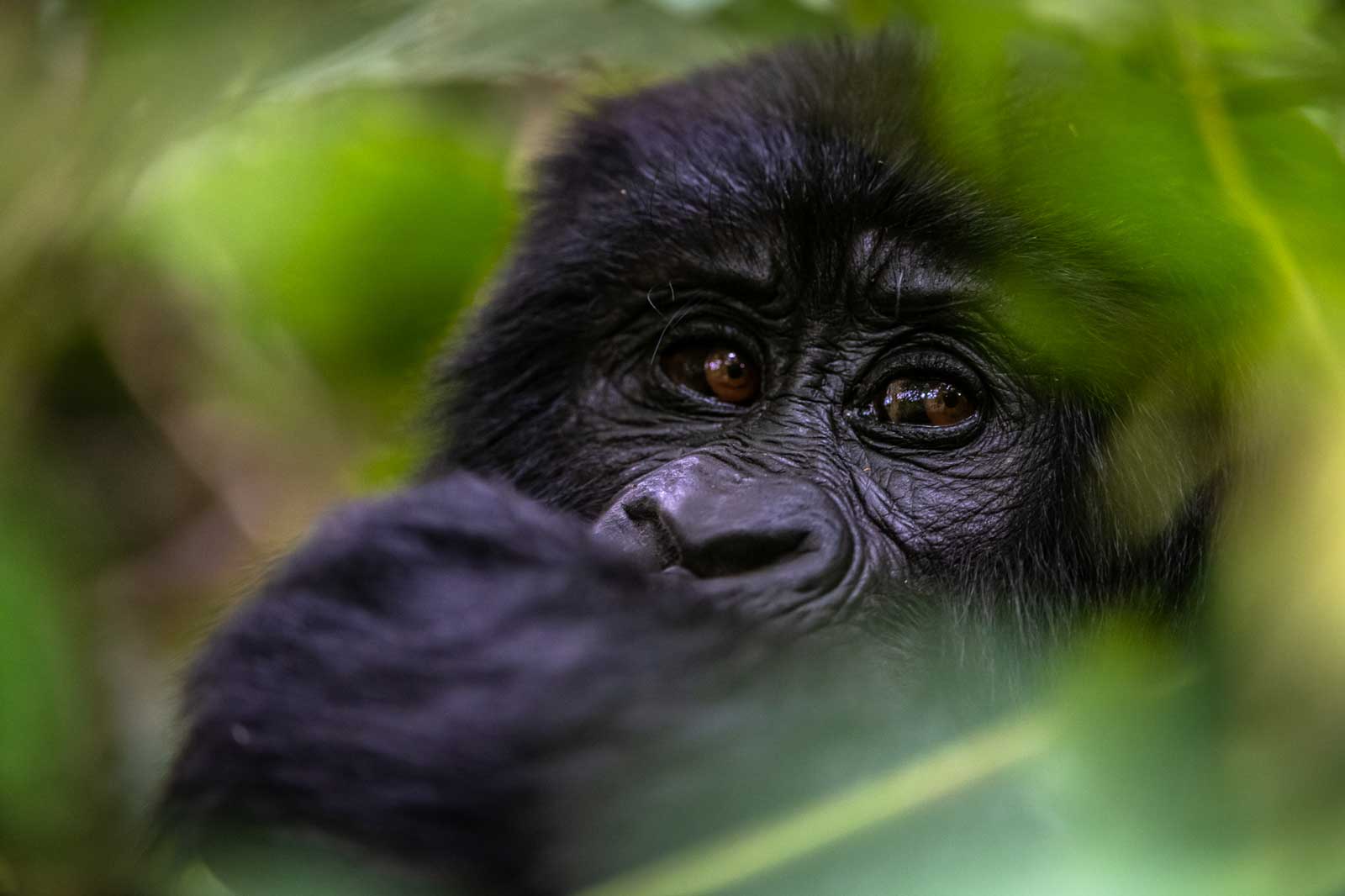