The Week in Pictures : Lions in the Limelight 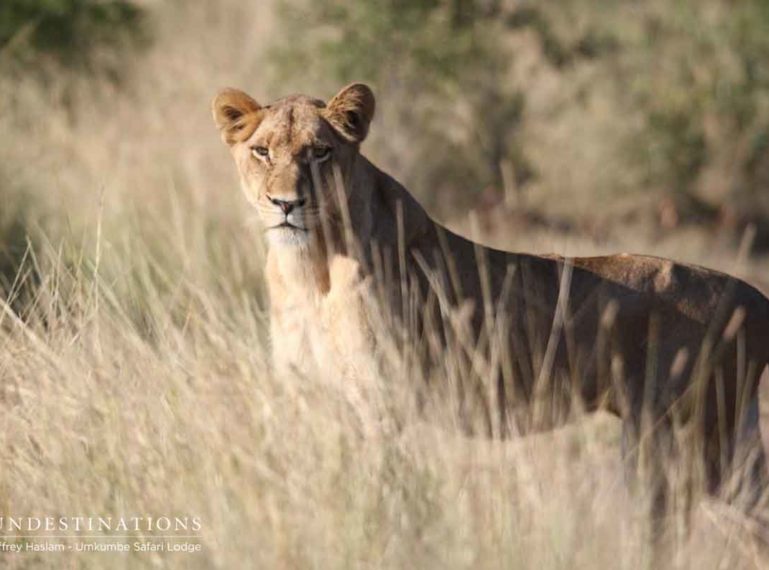 We’ve enjoyed a couple weeks of unique sightings and big cat behaviour across our Kruger camps. The central theme this week is – simply put – lions. There is a marked increase in lion sightings across the board, and guides within certain reserves are trying very hard to pinpoint the origins of splinter prides and small groups of unidentified lions. Of course, the leopards and big game haven’t gone unnoticed; it’s just that they’re not in the spotlight this week. The burly maned beasts have swaggered their way into the limelight ! We haven’t always managed to photograph lions, so today’s “Week in Pictures” is more of an update coupled with the exceptional photos taken while out on drive. Happy weekend !

We spoke to Angele who furnished us with a quick update from our favourite camp in the Balule Nature Reserve. It appears that guests and guides are still enjoying ample sightings of the Machaton male lions, clearly STILL a dominant force on the Ezulwini traverse. The cubs and their mothers – the Kudyelas – are also seen regularly. Leopards are also cruising around the traverse, making their presence known. The two leopards commonly spotted are Thuli and Faka Nchovela. Angele says, “It is said that Faka has cubs but the den site is still hidden – hopefully we will see them soon”.

The elephant and buffalo herds are back in the area, which has certainly added “bulk” to sightings. Hippos are loving the river waters in front of River Lodge, and can be heard honking and calling while guests relax at the lodge. Impala rams are making quite a racket at the moment – it’s rutting season ! Other than that, there are ample sightings of the smaller creatures such as chameleons, owls, genets and even an African wild cat with kittens. 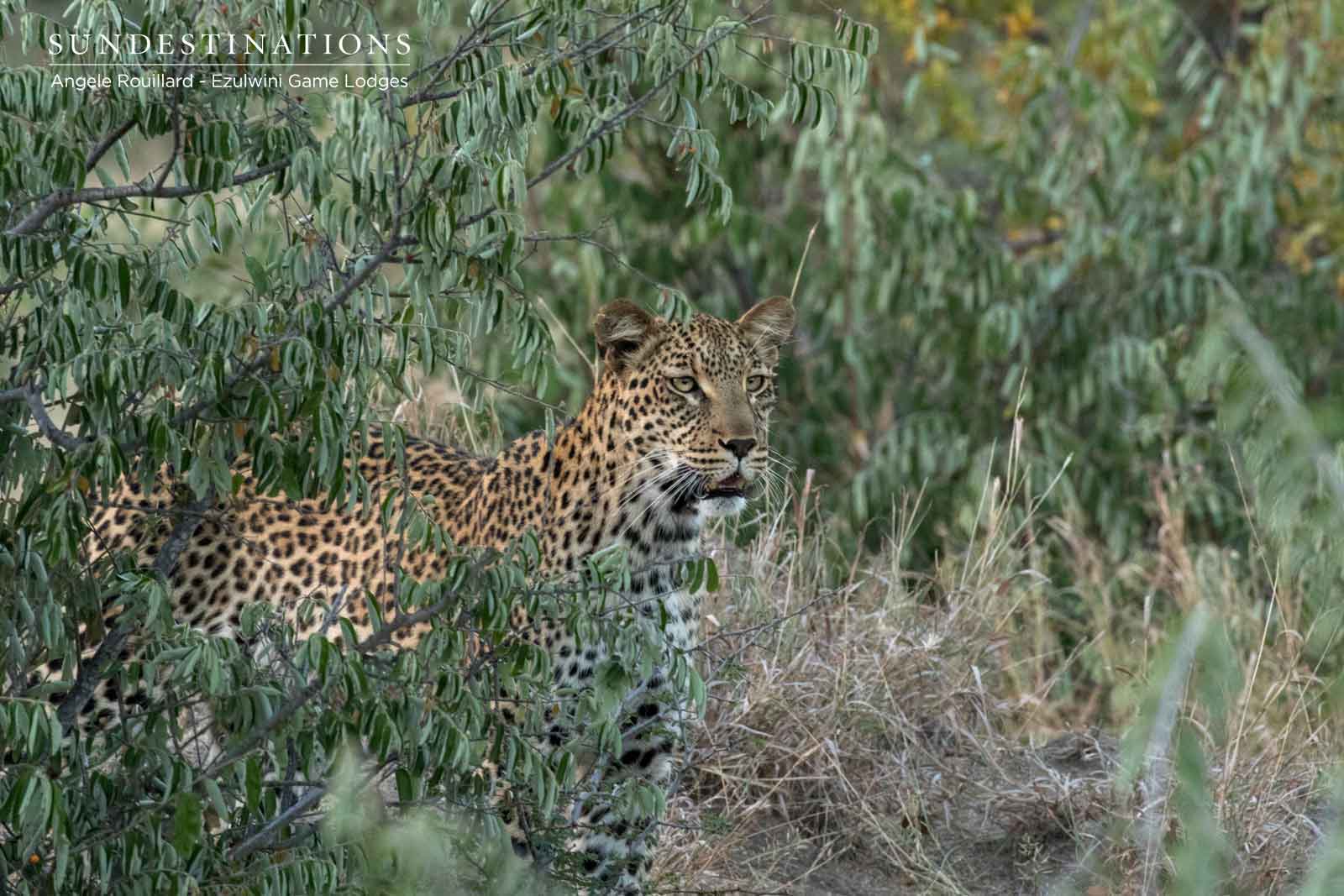 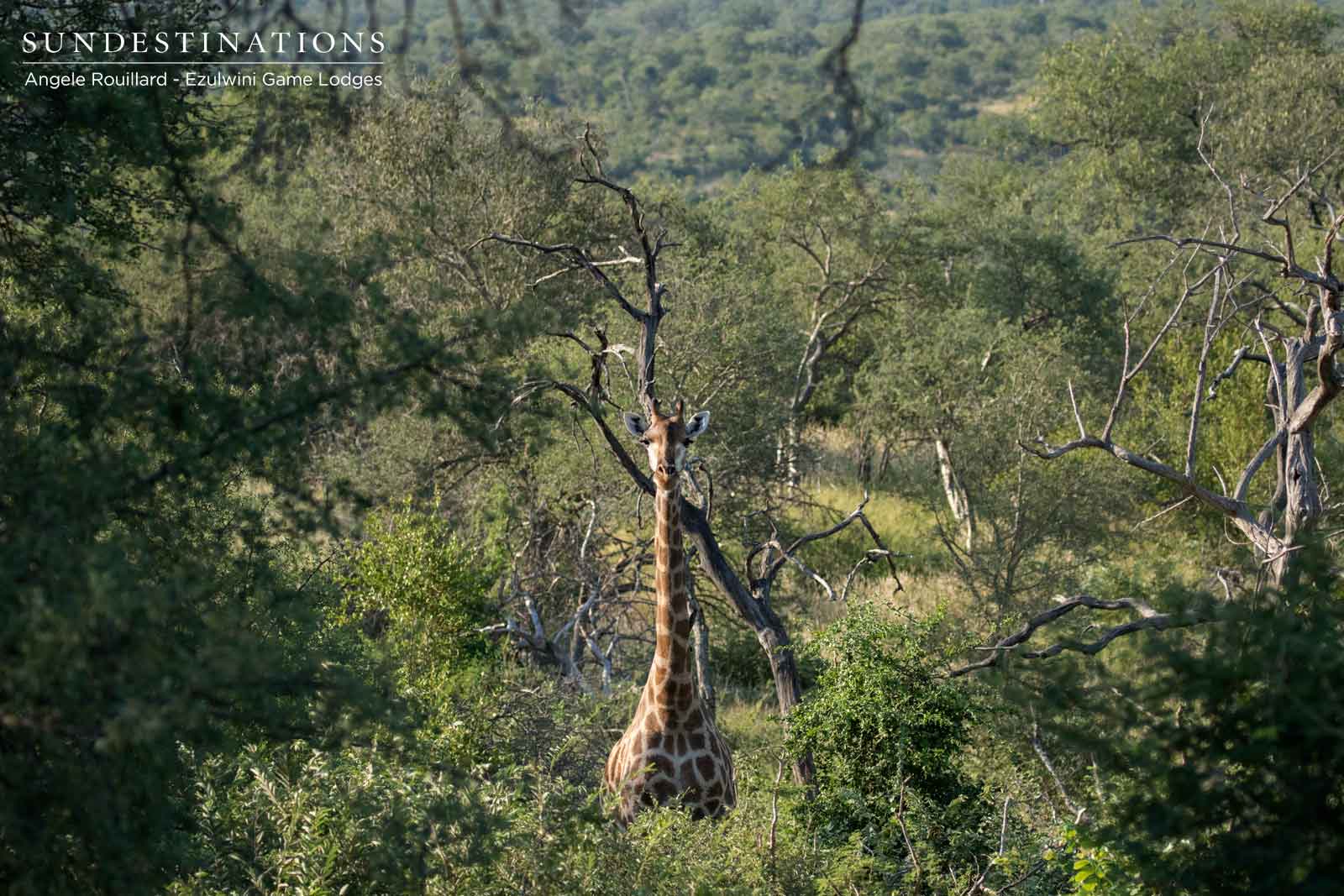 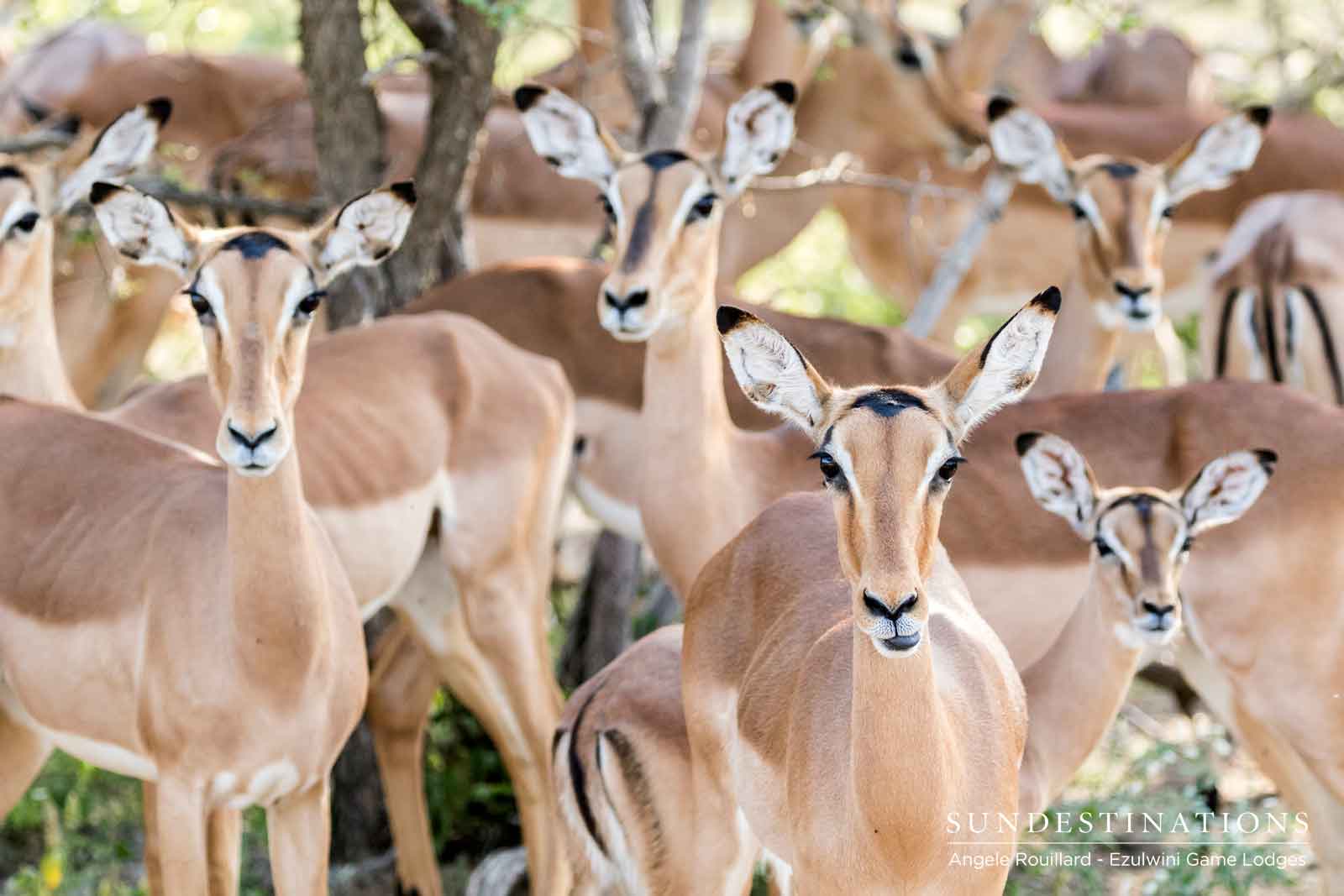 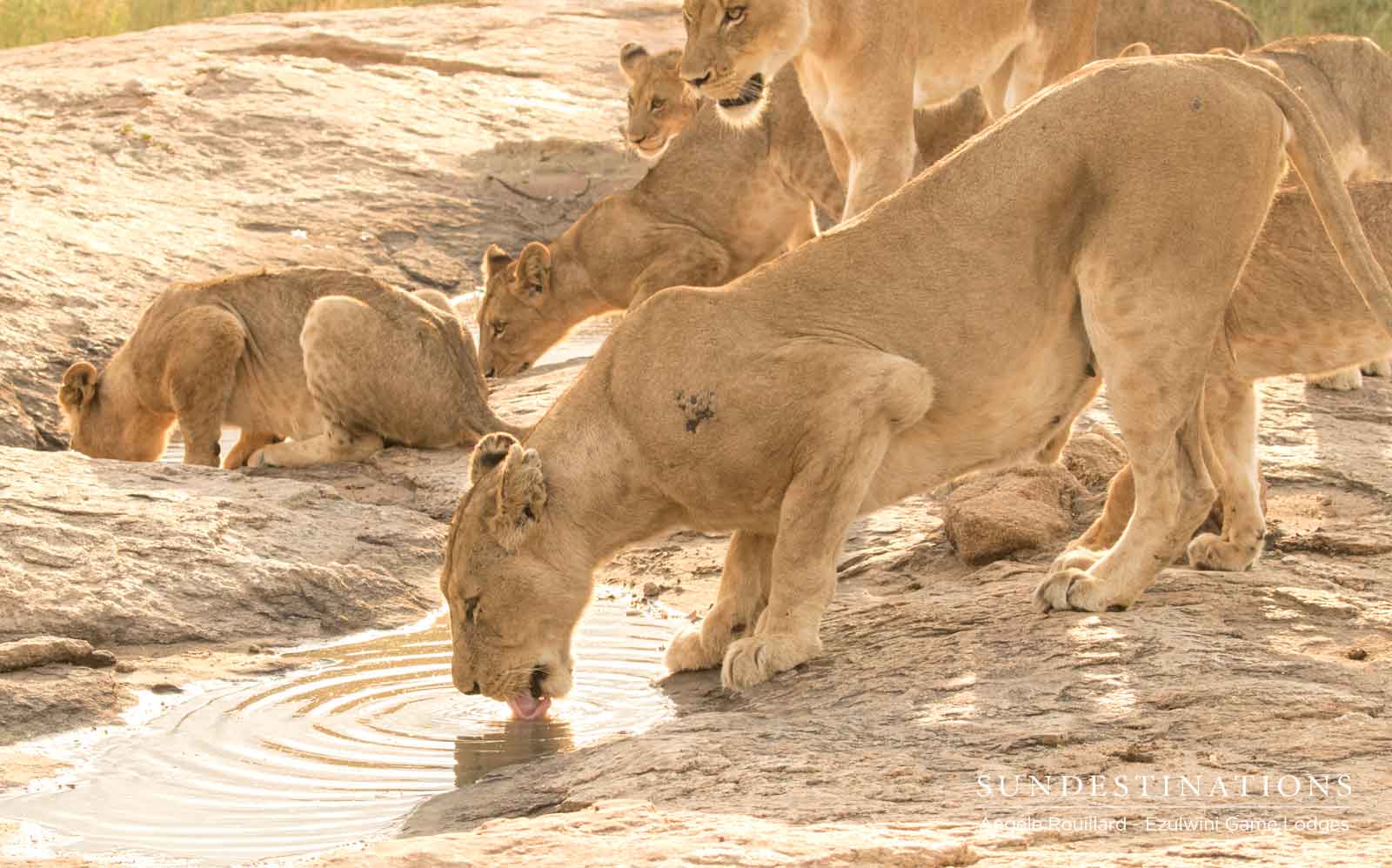 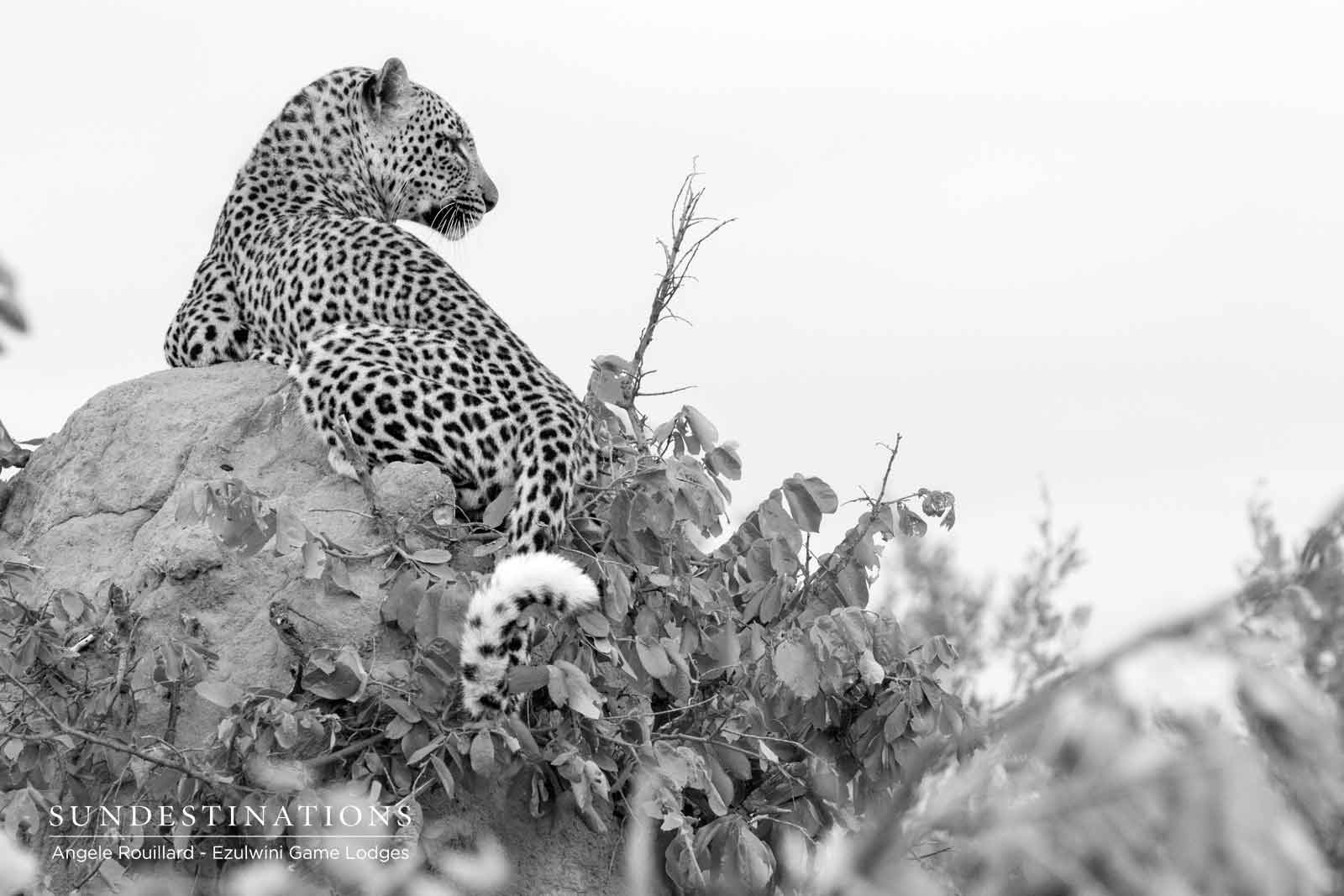 Umkumbe experienced the loss of one of their own – one of their legendary trackers tragically passed away, causing much heartache within the Umkumbe family. Walter will forever be remembered, and will be pleased to know that the team have enjoyed prolific sightings in the week following his death. A gift from Walter from beyond?!

Not only have Umkumbe enjoyed their usual high number of leopard sightings, but the lion sightings have also increased. The Southern Pride were seen during evening drive, and the Styx Pride were also spotted. The Styx Pride appeared to be clambering about on a fallen tree, which provided guests with unique sightings of lions in trees! A stray from the usual lion sightings of lions flopping about in the spears and twists of savannah grasses.

The big cats weren’t the only sightings enjoyed by our khaki-clad Sabi Sand team. Lo and behold, the painted African wild dogs made an appearance. This is the wild dog’s denning period, which should last for roughly 3 months. A period of time when the pack’s are somewhat more sedentary. Hopefully this sighting is an indication that Umkumbe will enjoy further wild dog sightings !

A sighting that deserves mention is that of the southern ground-hornbill. These giant turkey-looking birds with their striking crimson wattle are facing decline in the wild and are currently listed as “vulnerable” by the IUCN. 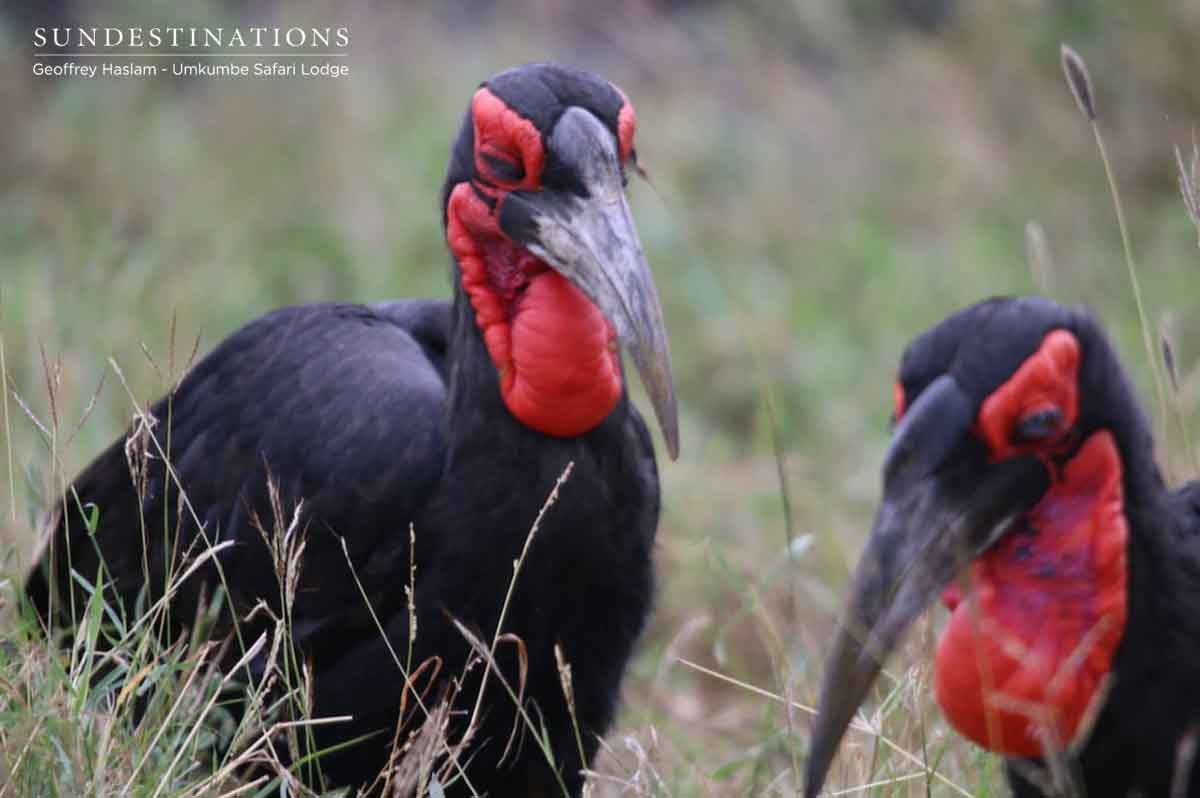 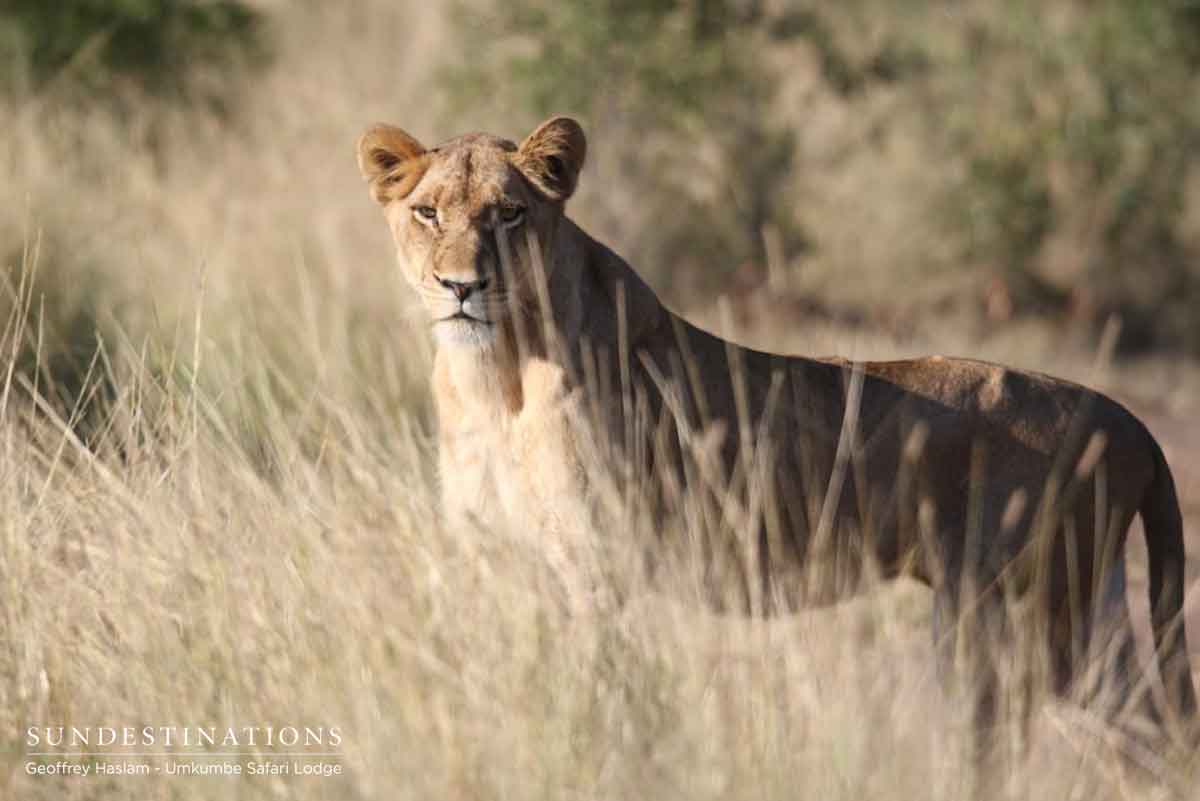 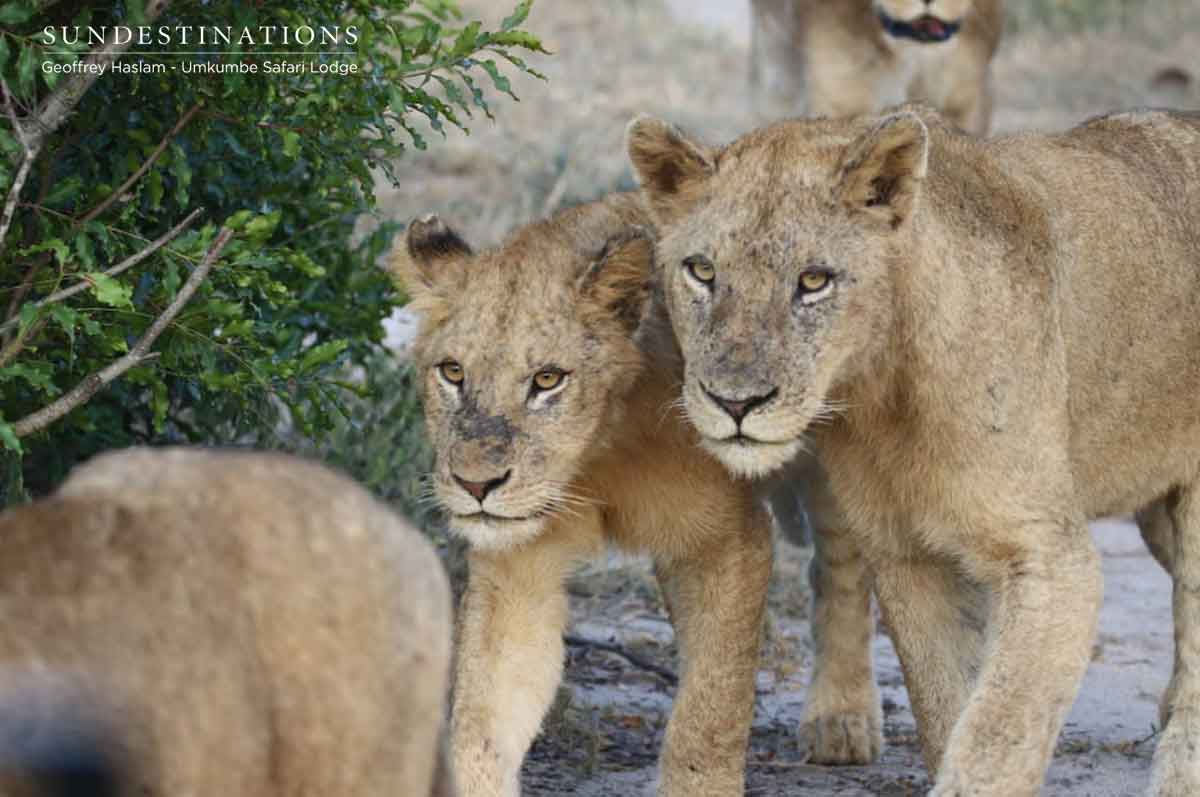 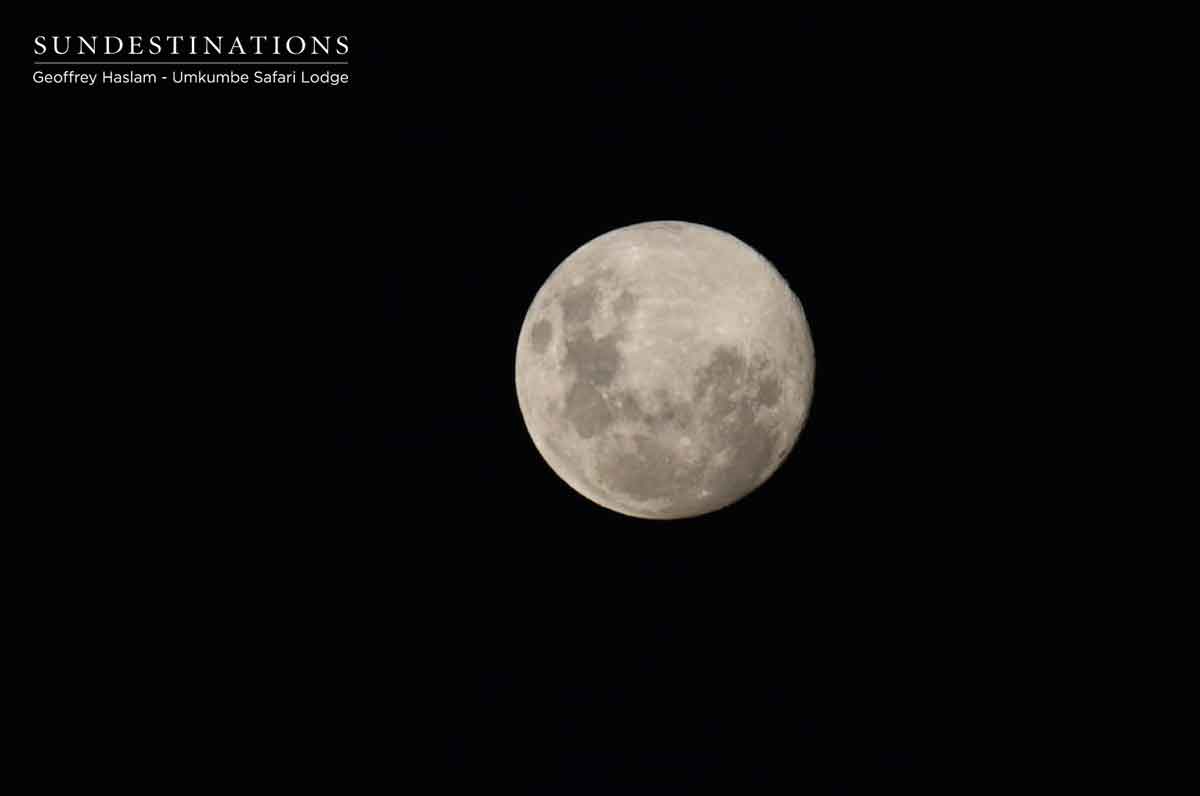 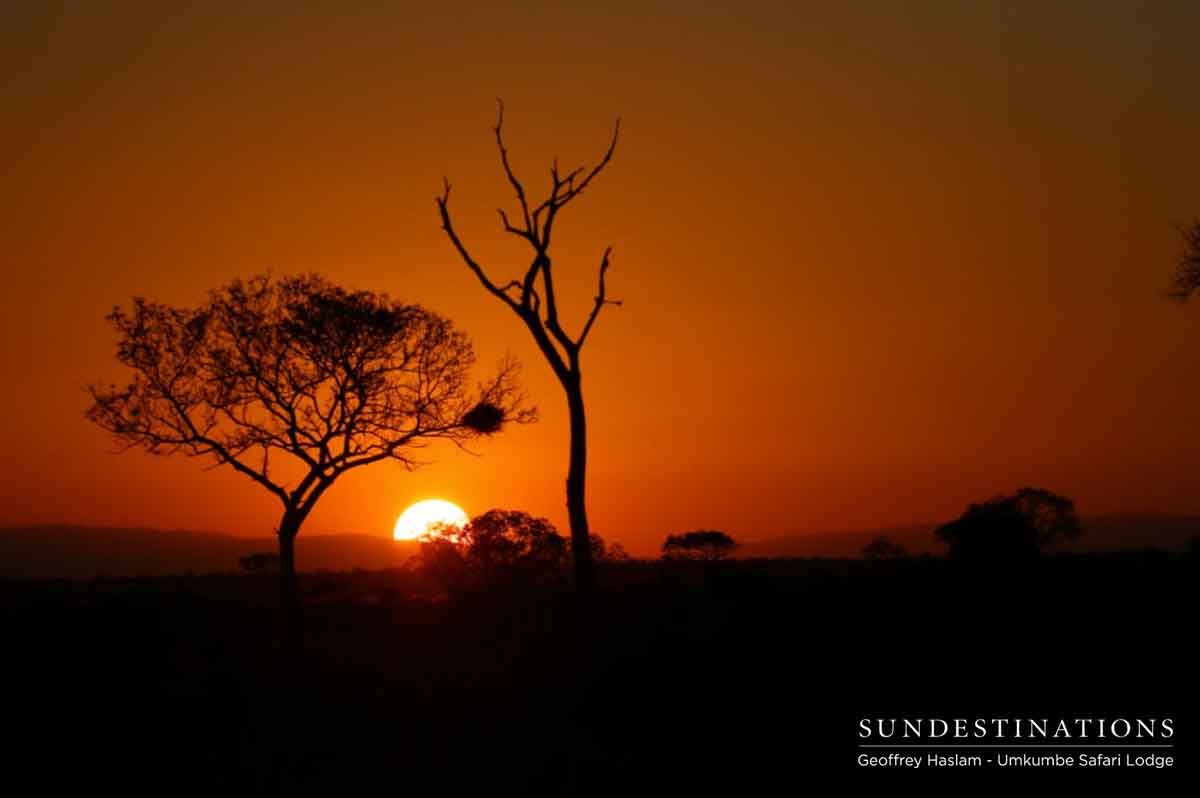 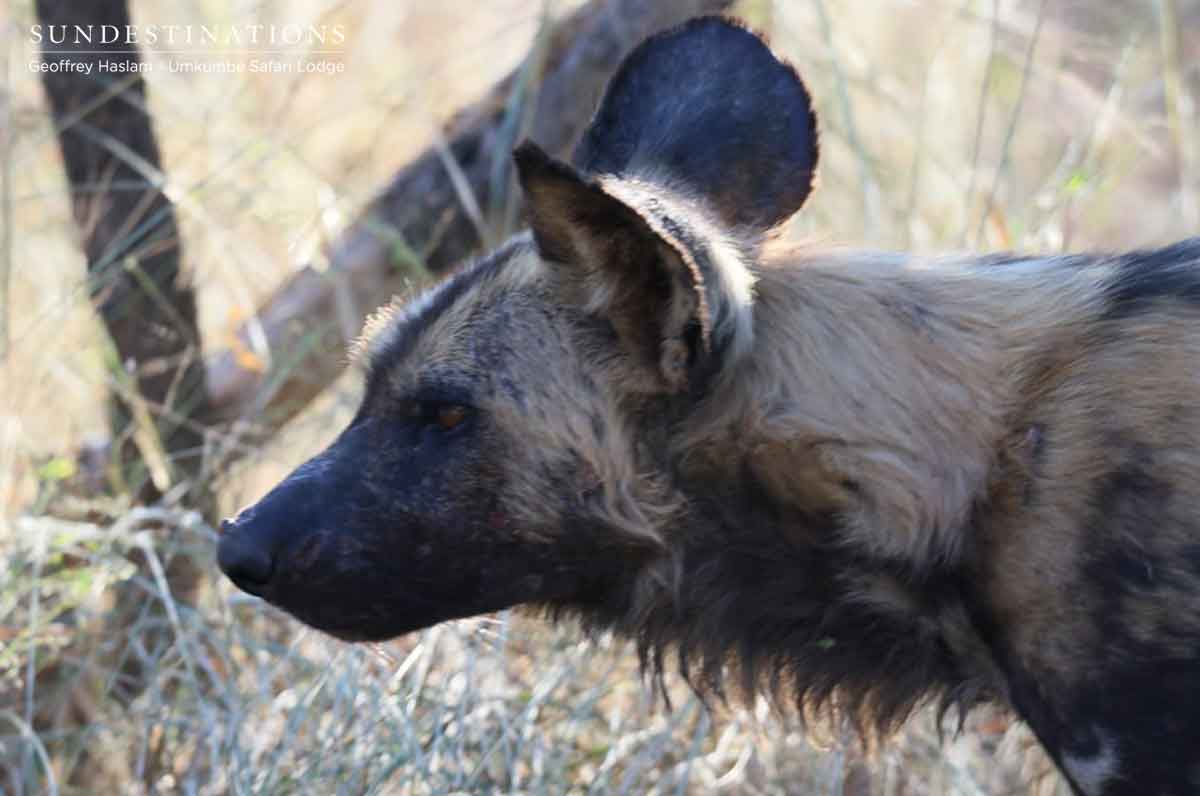 The Klaserie camps continue to enjoy a spate of lion sightings, with plenty of discussions and speculations about the various breakaway prides from the River Pride. There are small coalitions, mini-prides and the “normal” River Pride that provide guides with a fun-filled adventure in establishing the origins of the smaller groups. It is believed that these smaller groups all originate from the mega-pride that was once 26 members strong ! Either way, the River Pride are most certainly the dominant pride within the Klaserie.

The highlight to emerge from the week was yet another for the books. A large male leopard with a kudu kill was in the tree enjoying his feast, and 10 minutes later a pride of 7 lions approached the area, circled the tree and were trying to flush out the leopard. Two species of cat in one sighting!

It has to be mentioned that the 3 night mobile walking safari forming part of the Africa on Foot Wilderness Trails experienced a once in a lifetime sighting during the course of last week. Lions walked into camp and were spotted sleeping between tents! 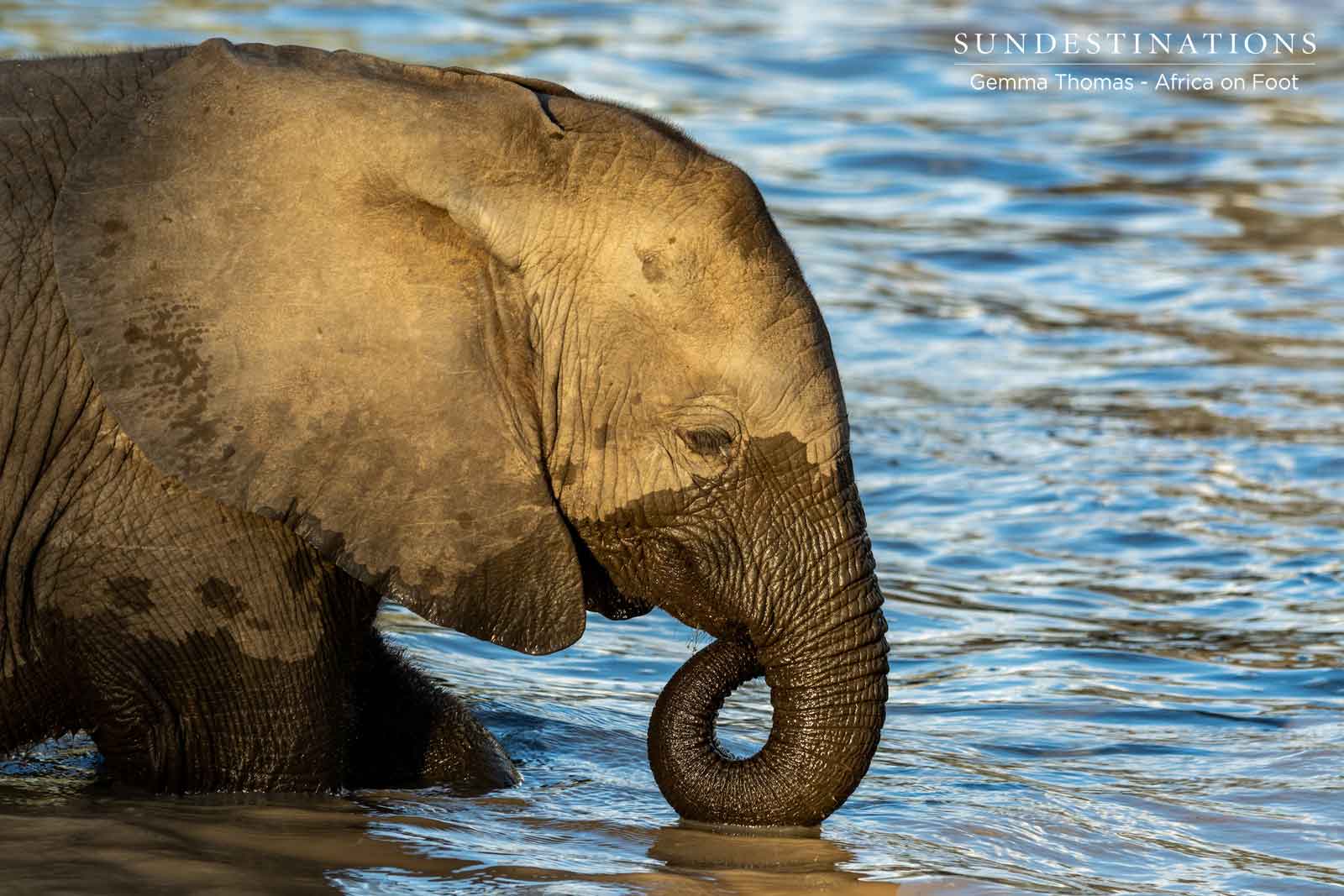 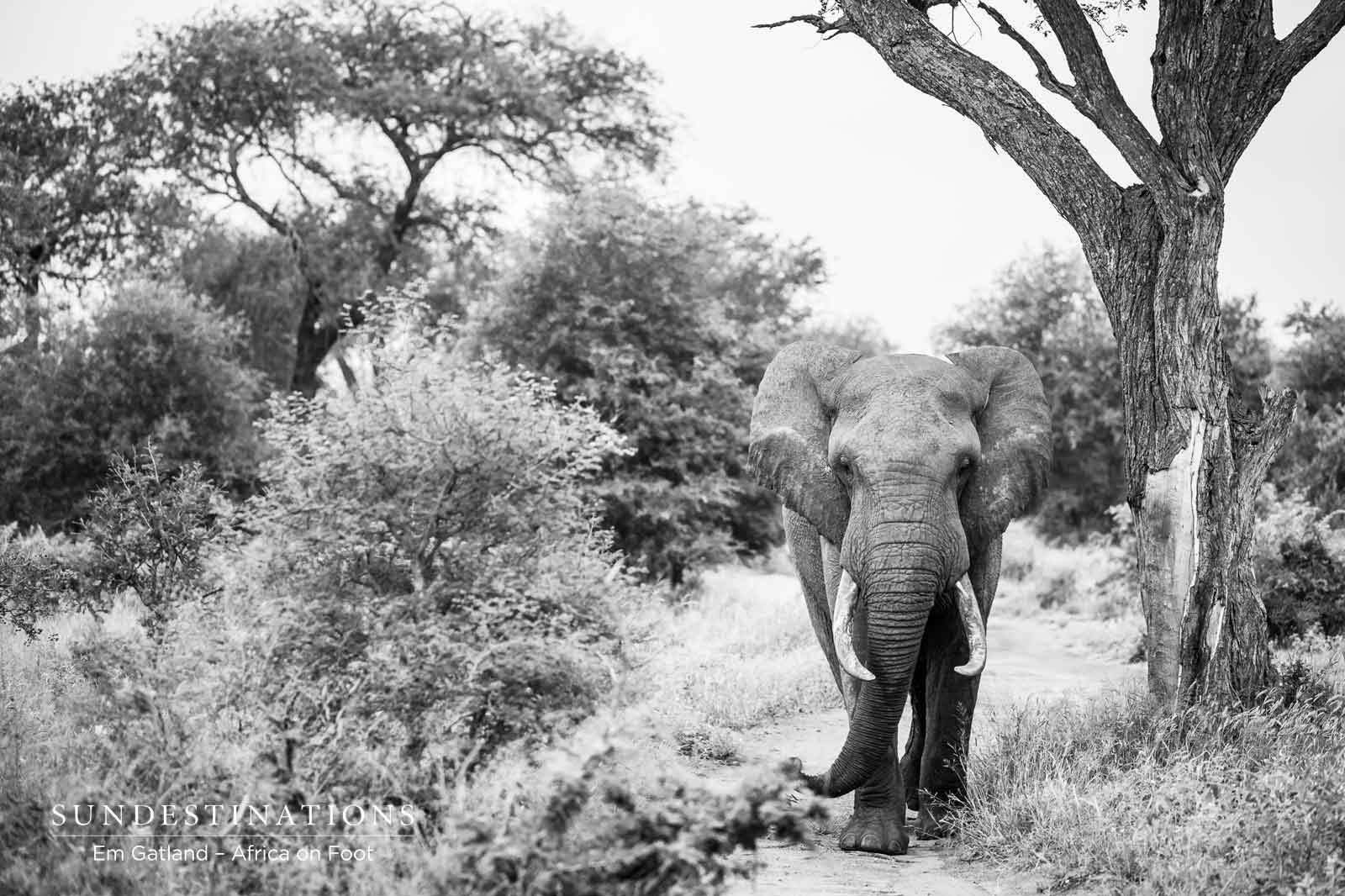 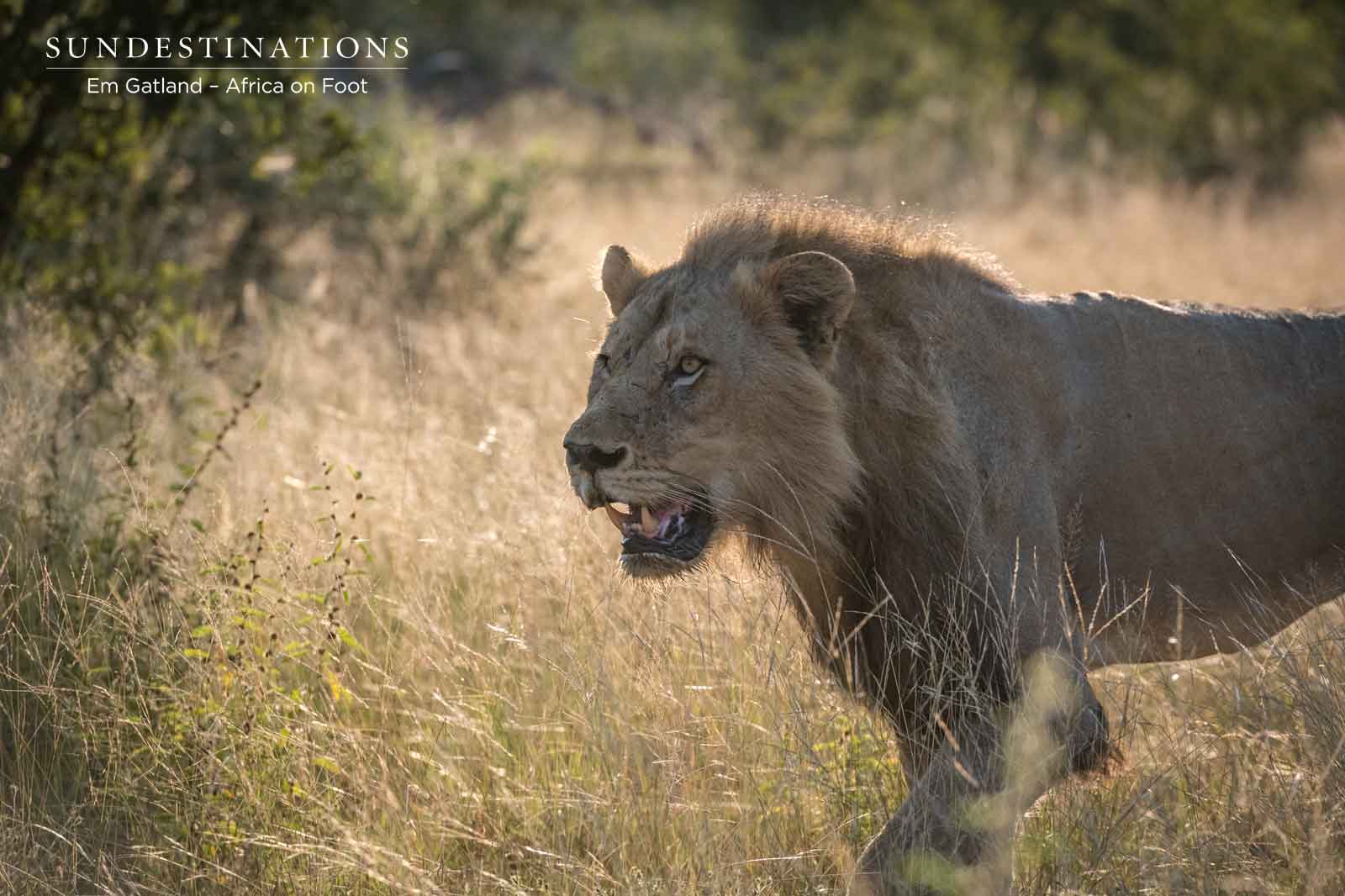 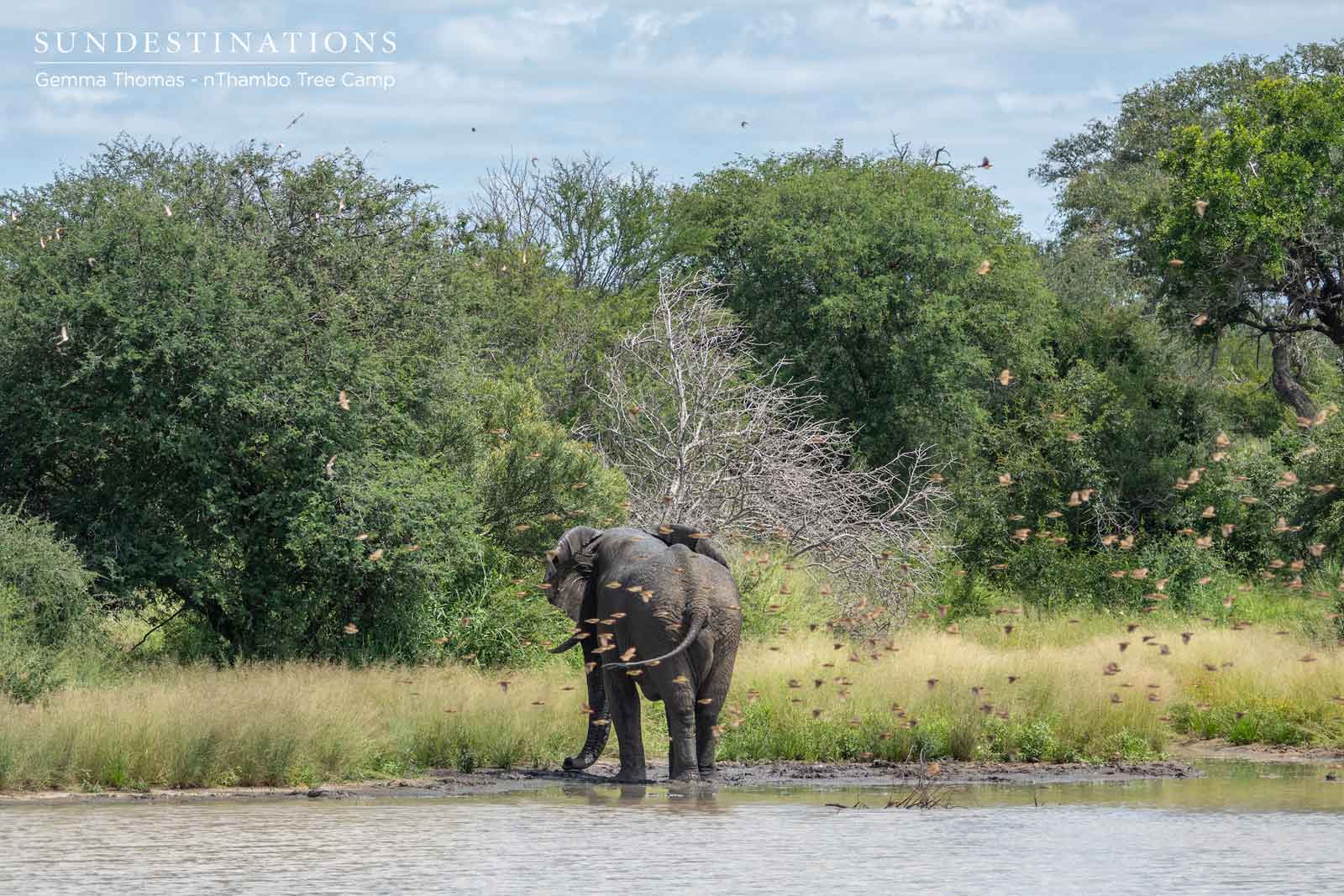 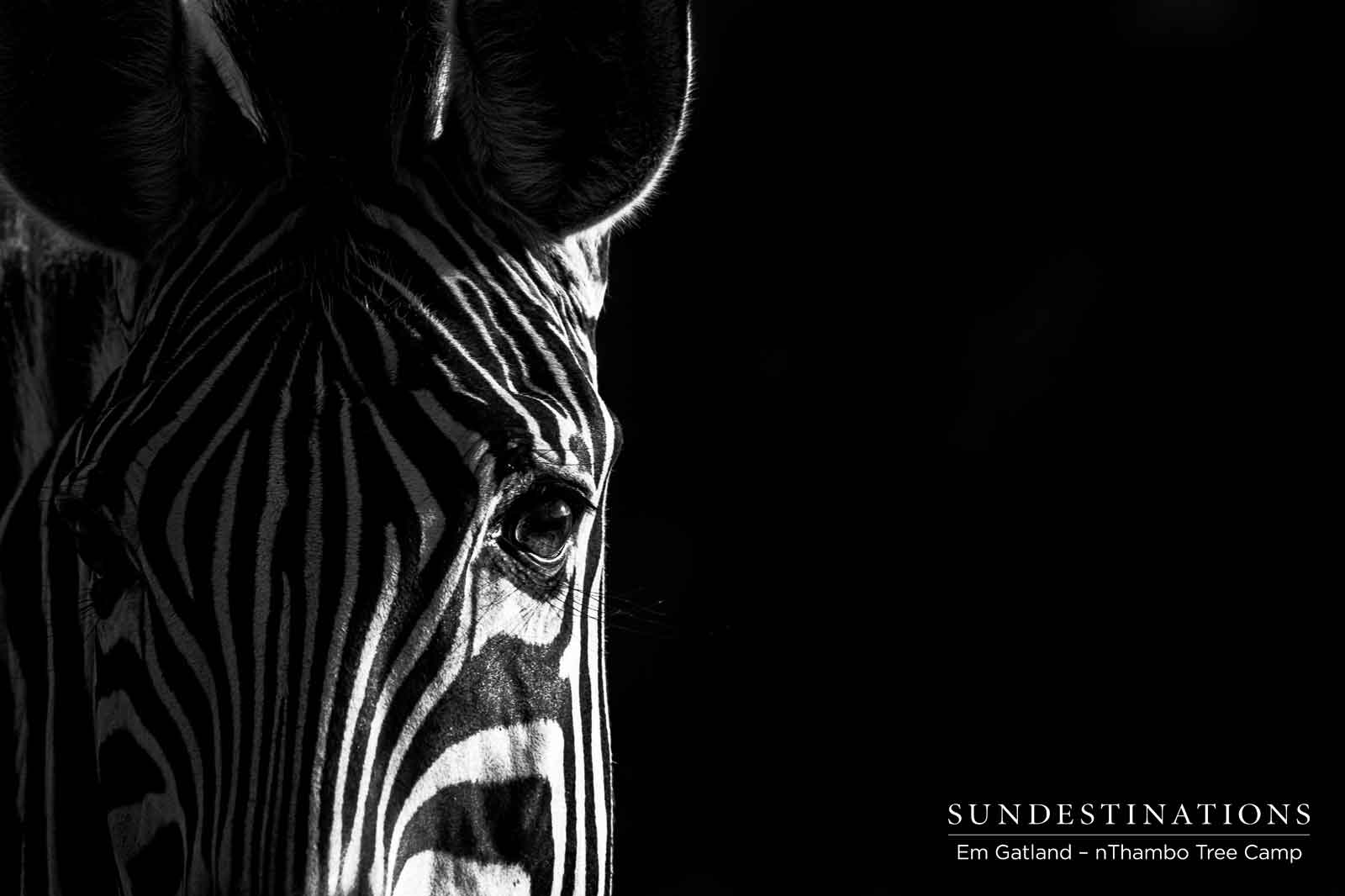 The team at Chacma is experiencing plenty of sightings of general game and giant herbivores. There are herds of elephants numbering 60 – 80 individuals, seen almost everyday on game drive. But that’s not all.

We spoke to guide AD for a quick update and he said, “we have around 20 different lion cubs on the reserve, and actually found a new group of cubs just yesterday! There is also another group of lions that we believe had cubs just 2 weeks ago, so they’re still in hiding.  We also found male lions mating with females, so hopefully there will be even more cubs soon! There’s also a leopard cub in the reserve which has provided us with sightings.” 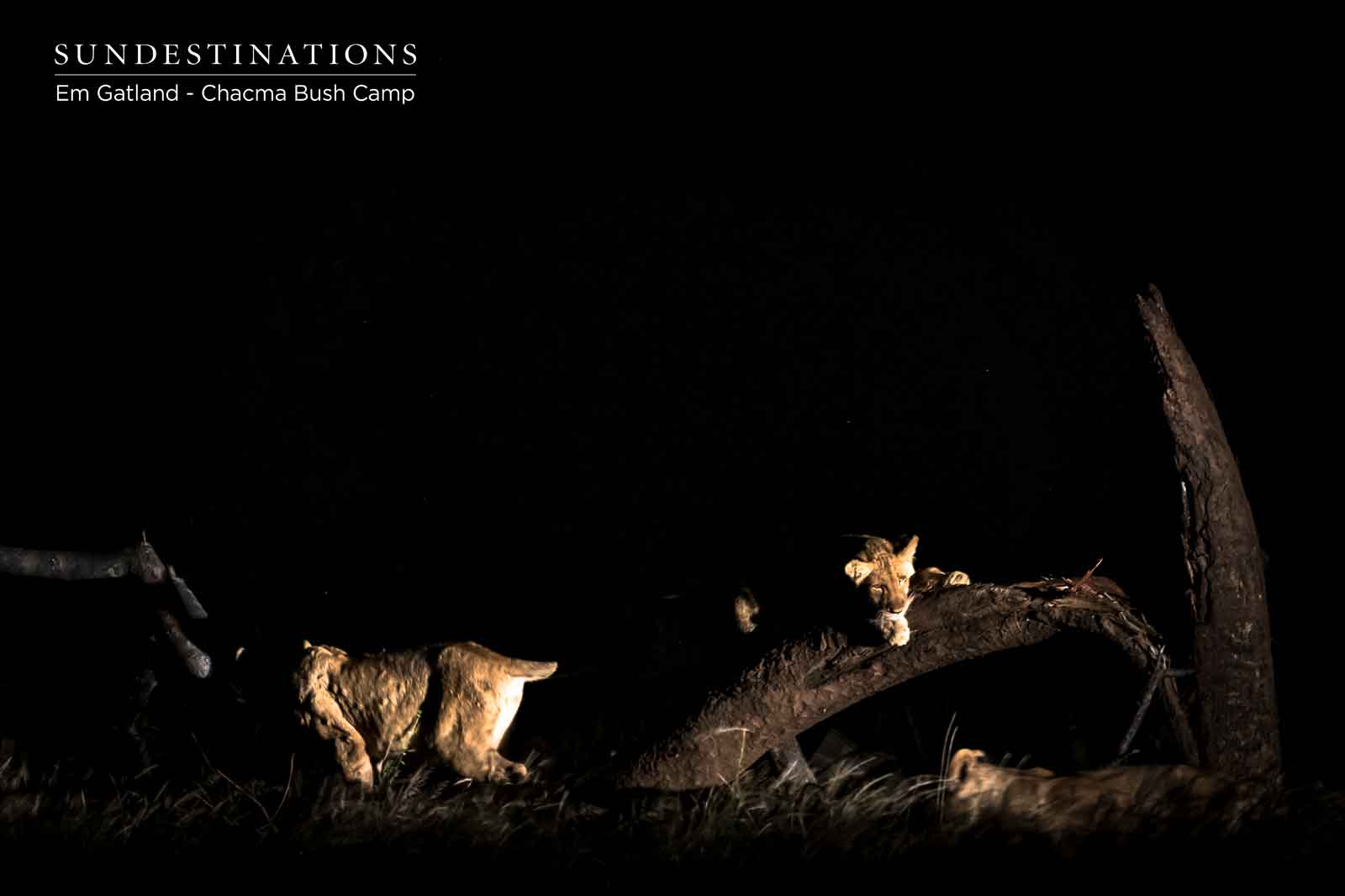 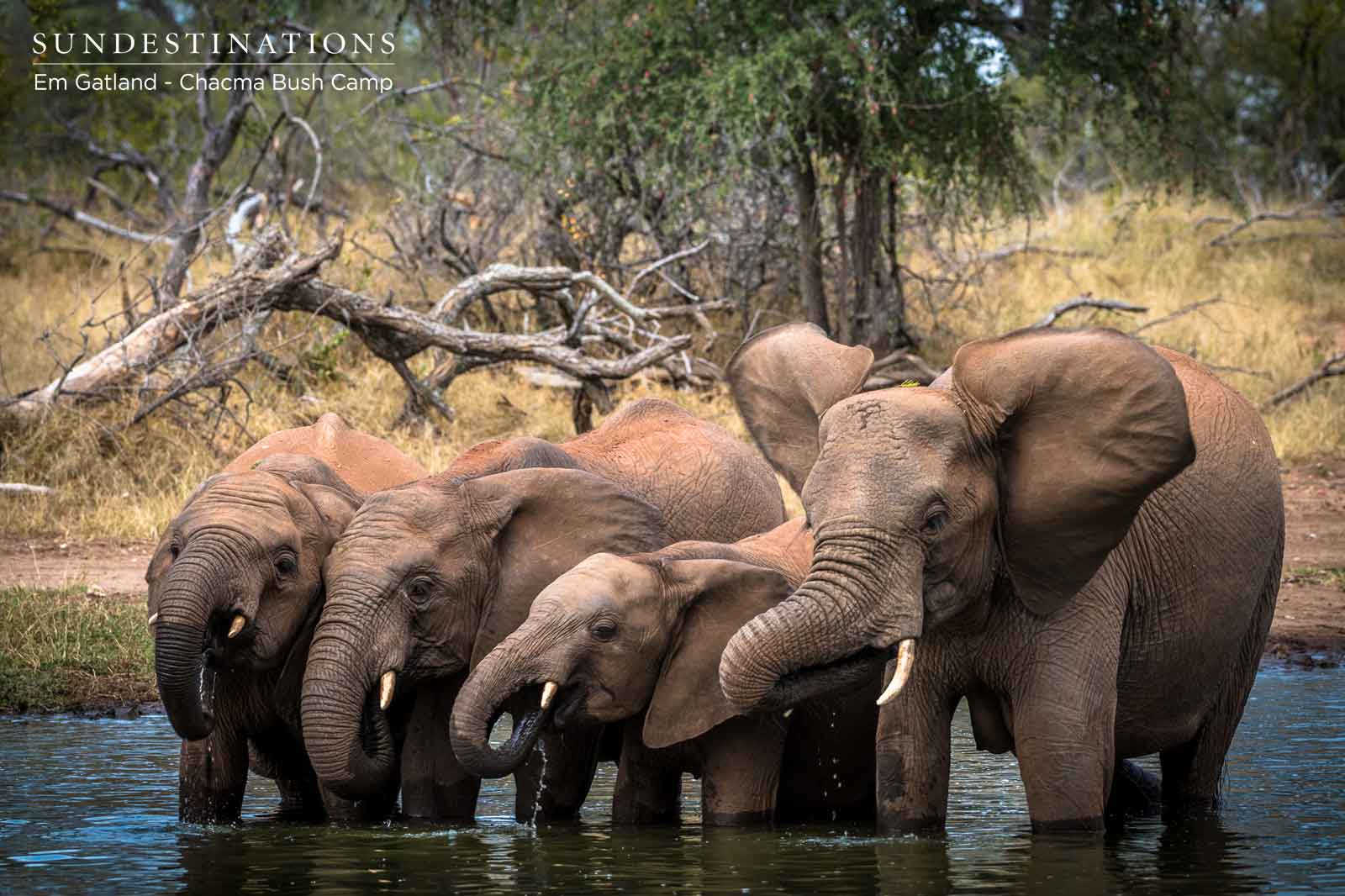 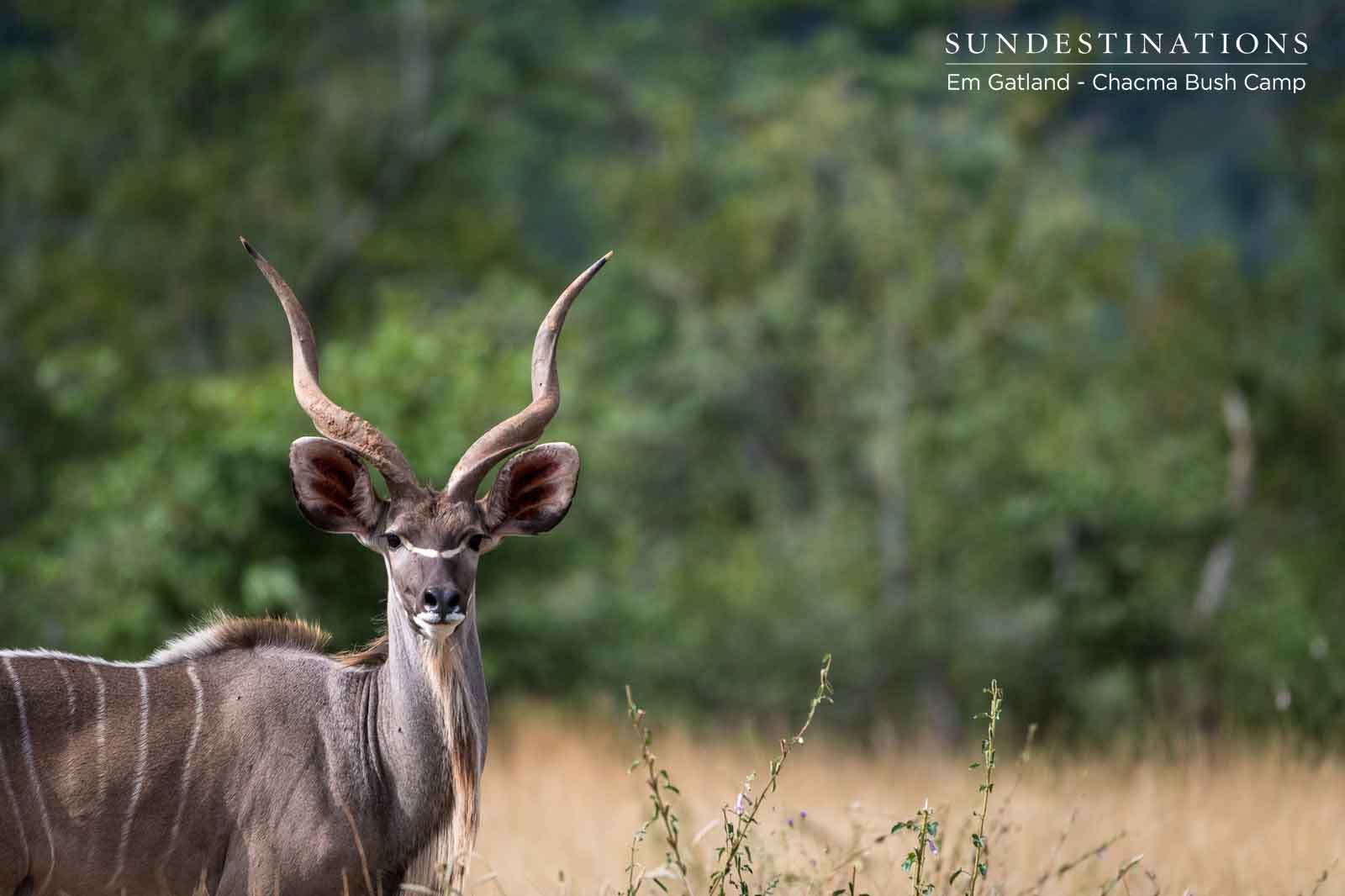