Timbavati Lions : Take a Walk(ers) on the Wild Side 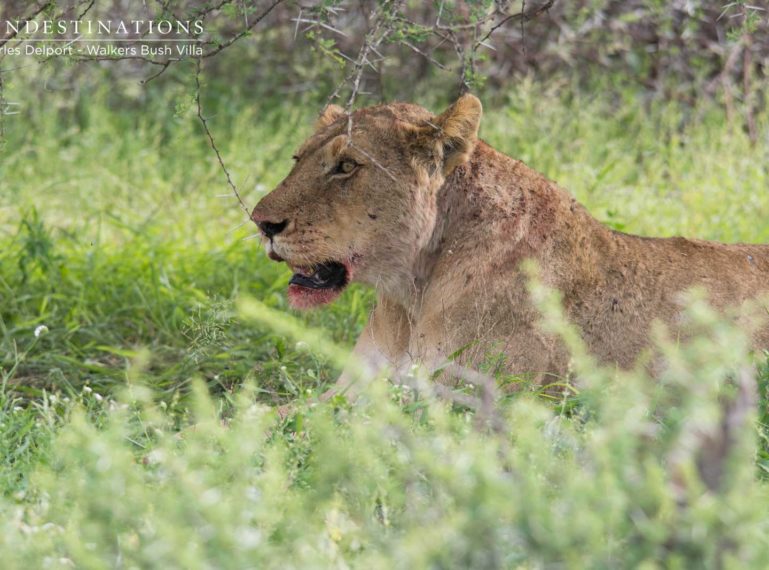 The rapacious lions strut their way through the bushveld, owning the night and dominating the day. Lions are the guardians of the darkness, a mysterious time of the day when these regal cats perform the most gruesome and graphic of activities. Take downs of quarry are never guaranteed, but hunting under the blanket of darkness certainly makes it easier for lions. The dark is perfect for the lion’s eyesight which performs well under low-light conditions. It’s much easier to approach prey when its dark. Lions are opportunistic and most certainly won’t forego a diurnal opportunity to flush out prey of the air is cool and conditions are right. However, the deadly darkness is when the pride orientated social cats conduct their perfect strategic epic take downs of prey.  Identify, stalk, surround and ambush. The key actions of a hungry lion pride !

While the lions are active at night, we lie safely tucked up in 5 star luxury. Don’t be surprised if you hear contact calling from coalitions and prides (sound carries further at night because of sound wave refraction); and the bellowing of prey being pounced upon.  Witnessing the extravagant and brutal showdown of a lion pride kill form beginning to end is quite rare, given that they mostly take place during nocturnal hours.

Morning game drives are designed to head out at first light, to catch lions in the midst of a feeding frenzy from the night before’s kill. These seemingly lazy carnivores sit with their stomachs enlarged, and diaphragms squeezing tight while laboured breathing can be heard – side effects of a stomach expanding from gorging on a kill! In short, lions are ruthless, powerful nocturnal beasts with complex pride dynamics. And the Timbavati Private Nature Reserve is one of the premier places to witness this lion behaviour unfold.

When experienced guide – Charles Delport – from Walkers Bush Villa hears the sounds of lions at night, and the unmistakable scuffle of a hunt; he often wakes his guests to find out the source of the commotion. these night drives are outside of standard game drive hours, but Charles likes to ensure that guests are afforded every opportunity to see once-in-a-lifetime sightings of lions attempting to grab their next meal.

The local lion pride on the Walkers Bush Villa traverse is the Giraffe Pride, a pride that is no stranger to the textbook behaviour of most lions. The River Pride often crosses over onto the Walkers traverse but the dominant pride is definitely the River Pride. The King of the area is none other than the handsome Black Dam male. Charles and Shirell mentioned that the Black Dam male is constantly patrolling his territory, which is quite wide. He isn’t seen as often as Giraffe Pride, a pride that has been spotted on almost every drive in recent months ! The Giraffe Pride comprises 12 individuals, with 4 adult lionesses and 7 sub-adults which are almost always seen together.

The below pictures (courtesy of Charles) are of a lone female from the Giraffe Pride. She was seen with the wildebeest kill that she took down a few days ago, which was probably killed during the dead of night. After she shovelled up the remnants of her meal, she left the remains for the clean-up crew (hyenas and vultures) and returned to her natal pride. In these pics you’ll see her crimson stained face, and her slow amble back to the pride.

Sometimes a take down involves the whole pride and other times lone lions will strike if the moment is right. Whatever their modus operandi, we are just privileged to witness the ultimate prowess of these lions. 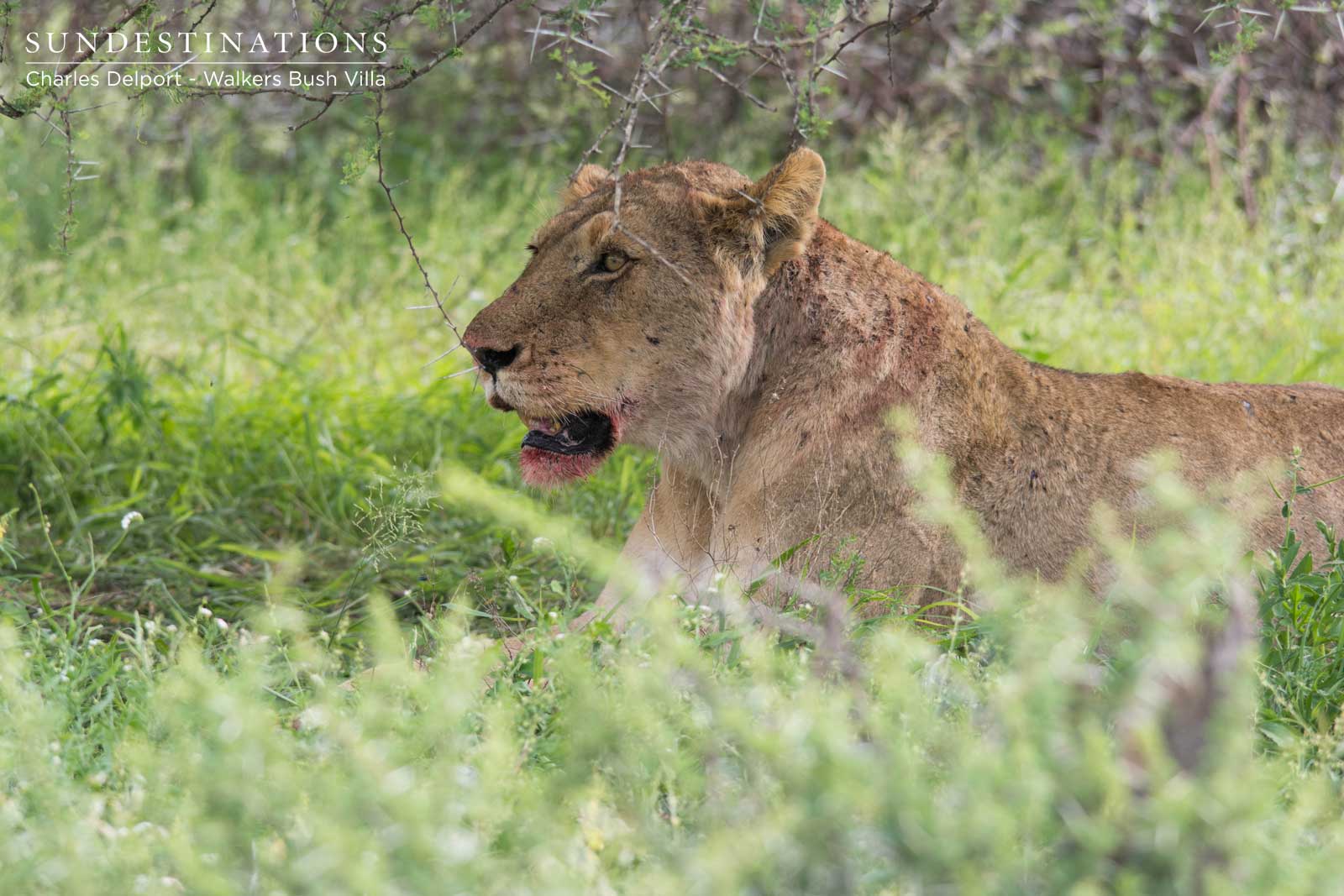 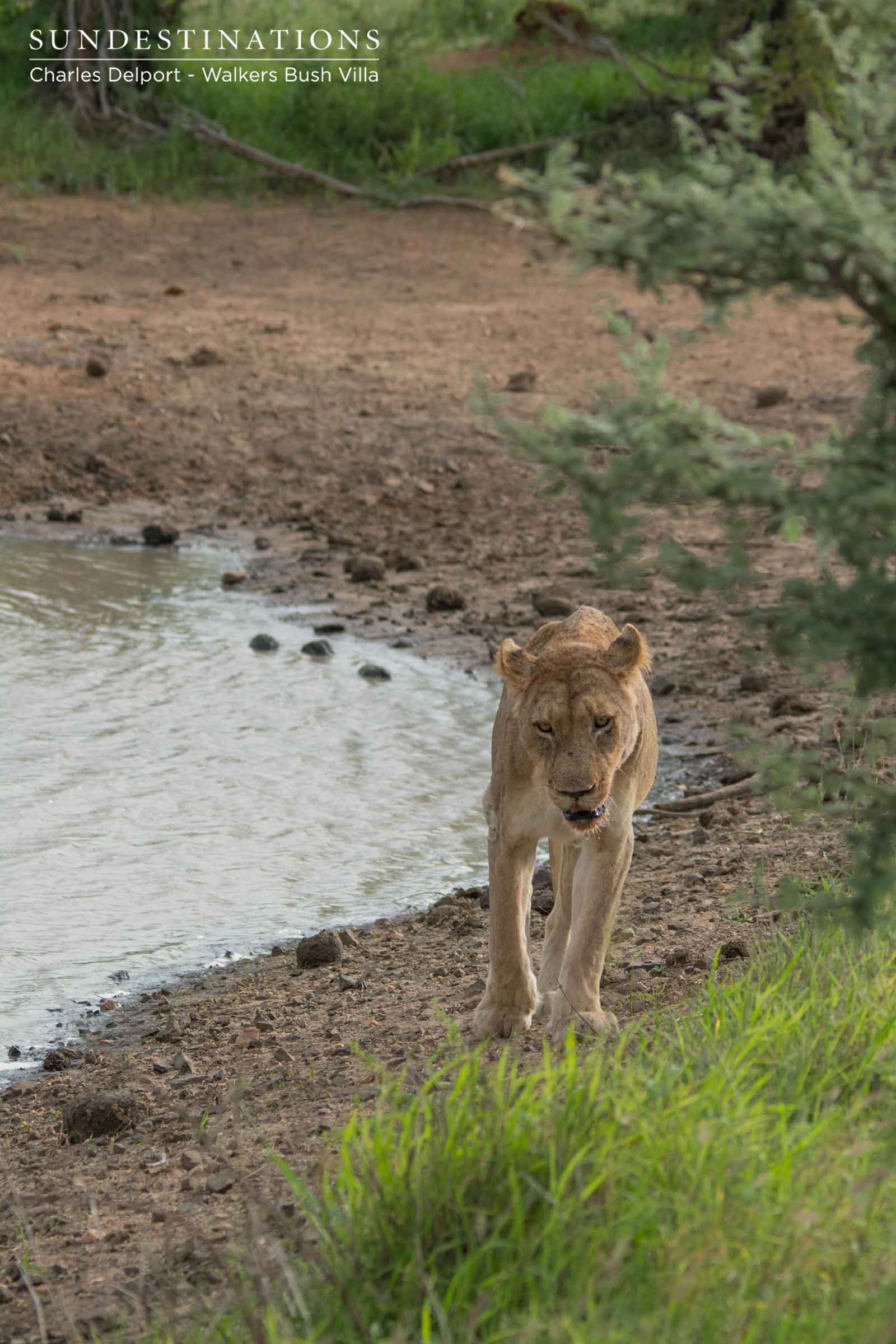 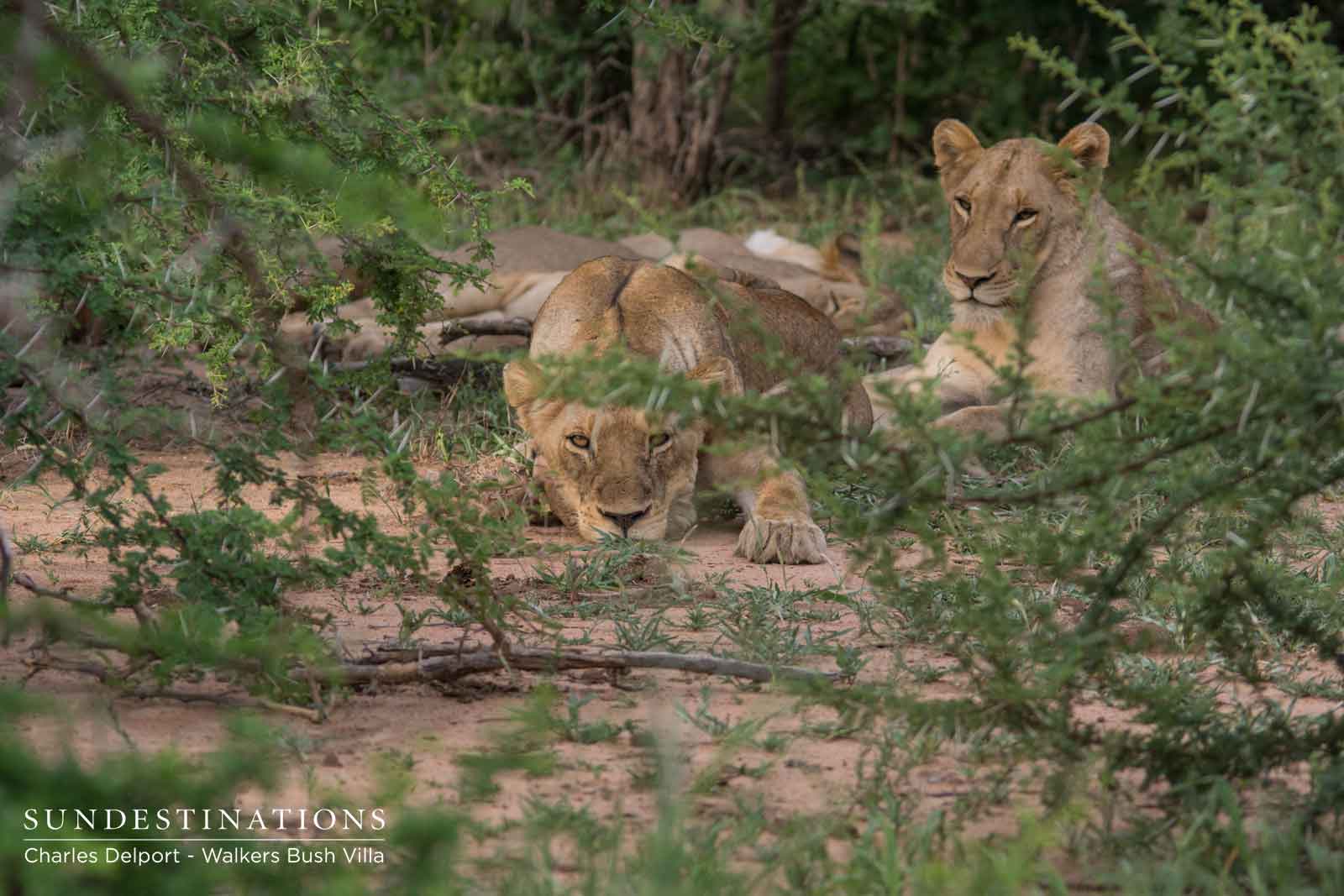 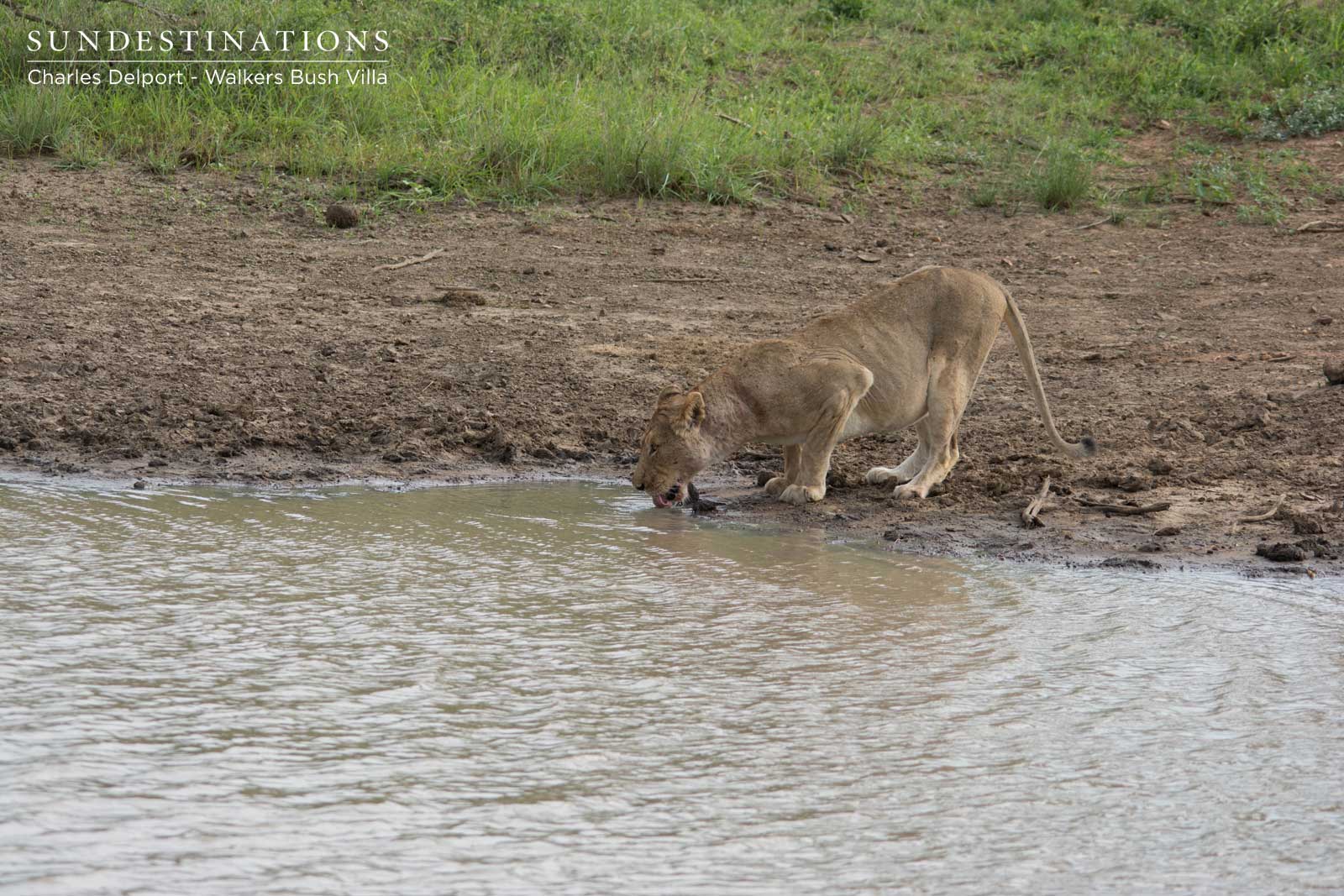 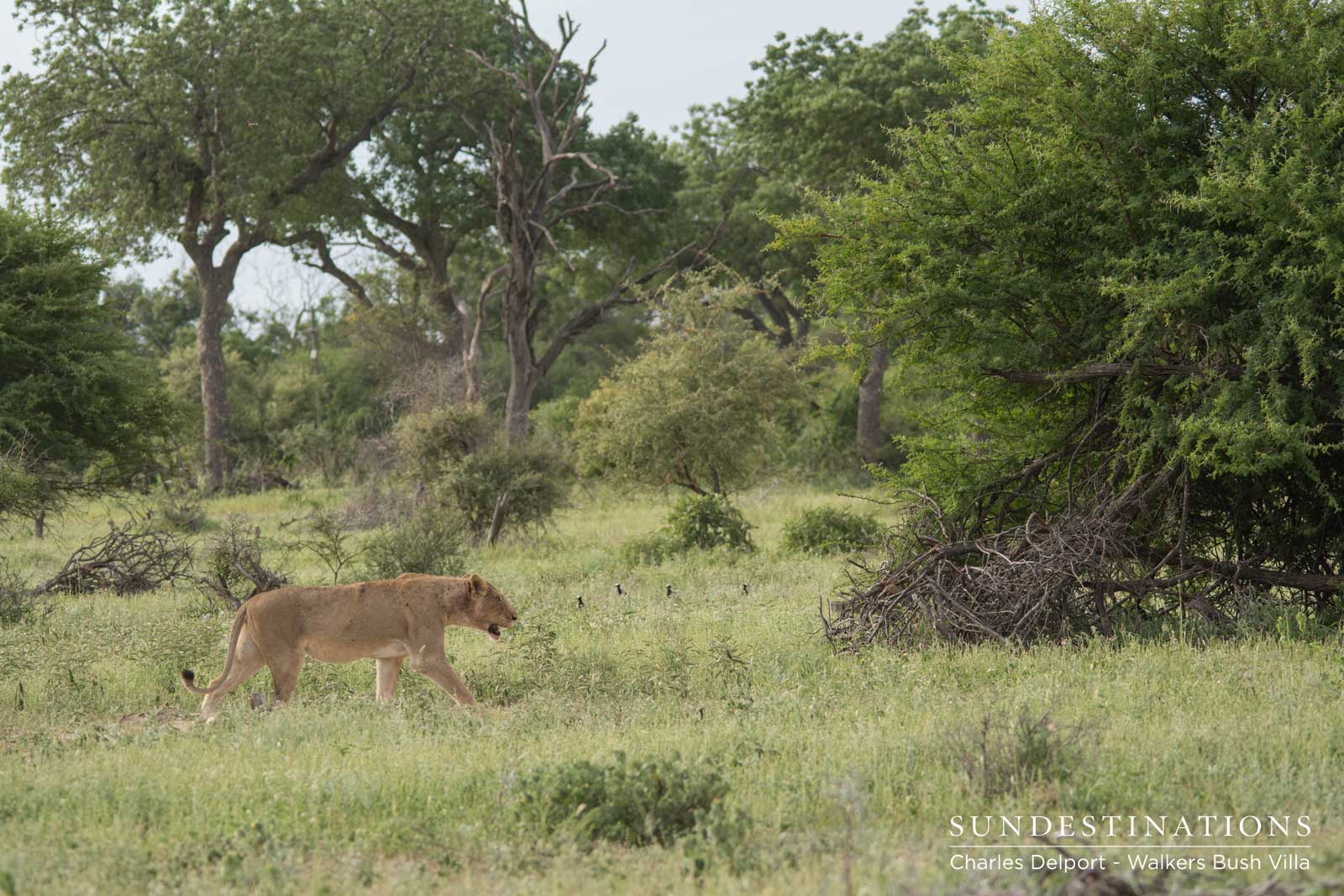 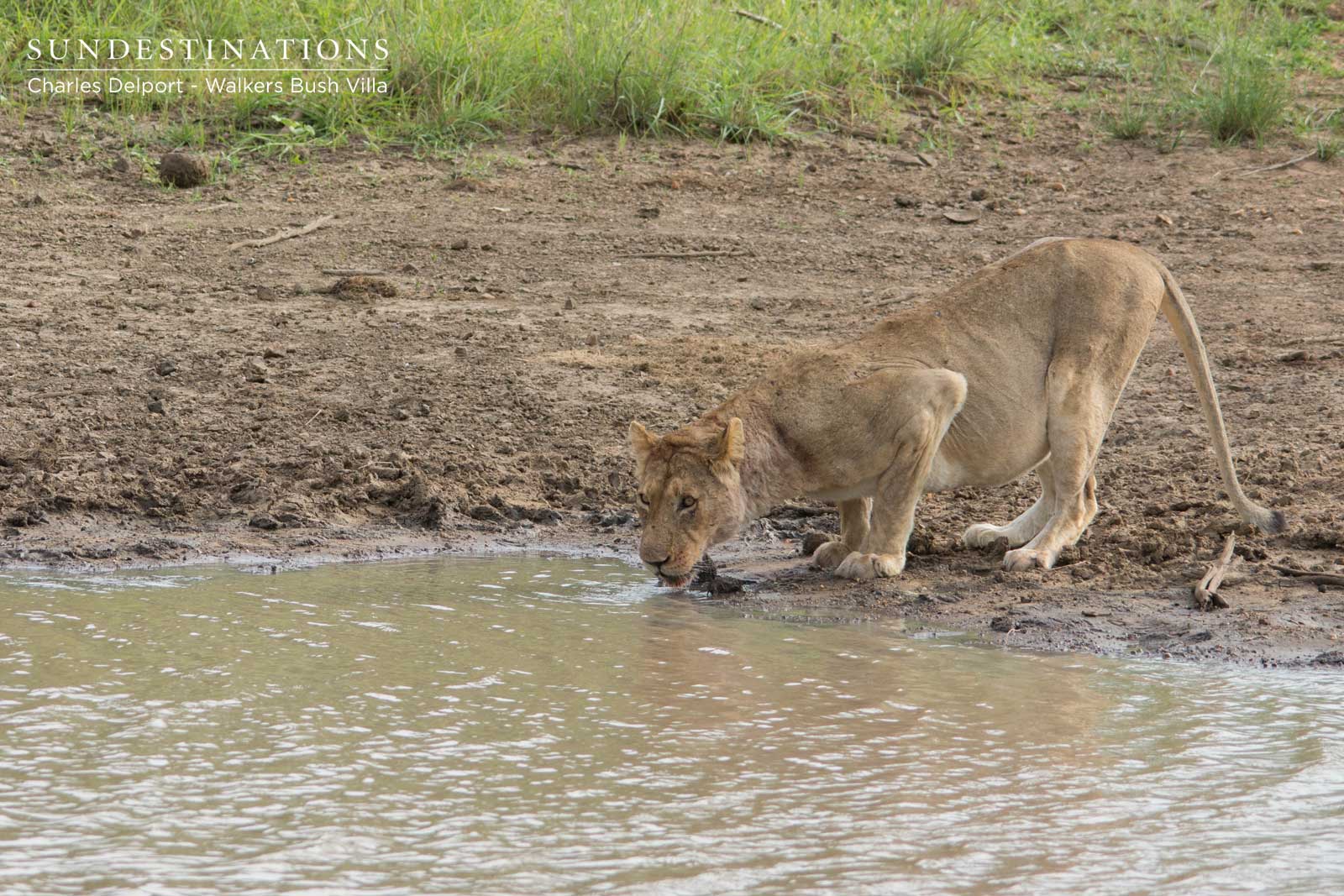 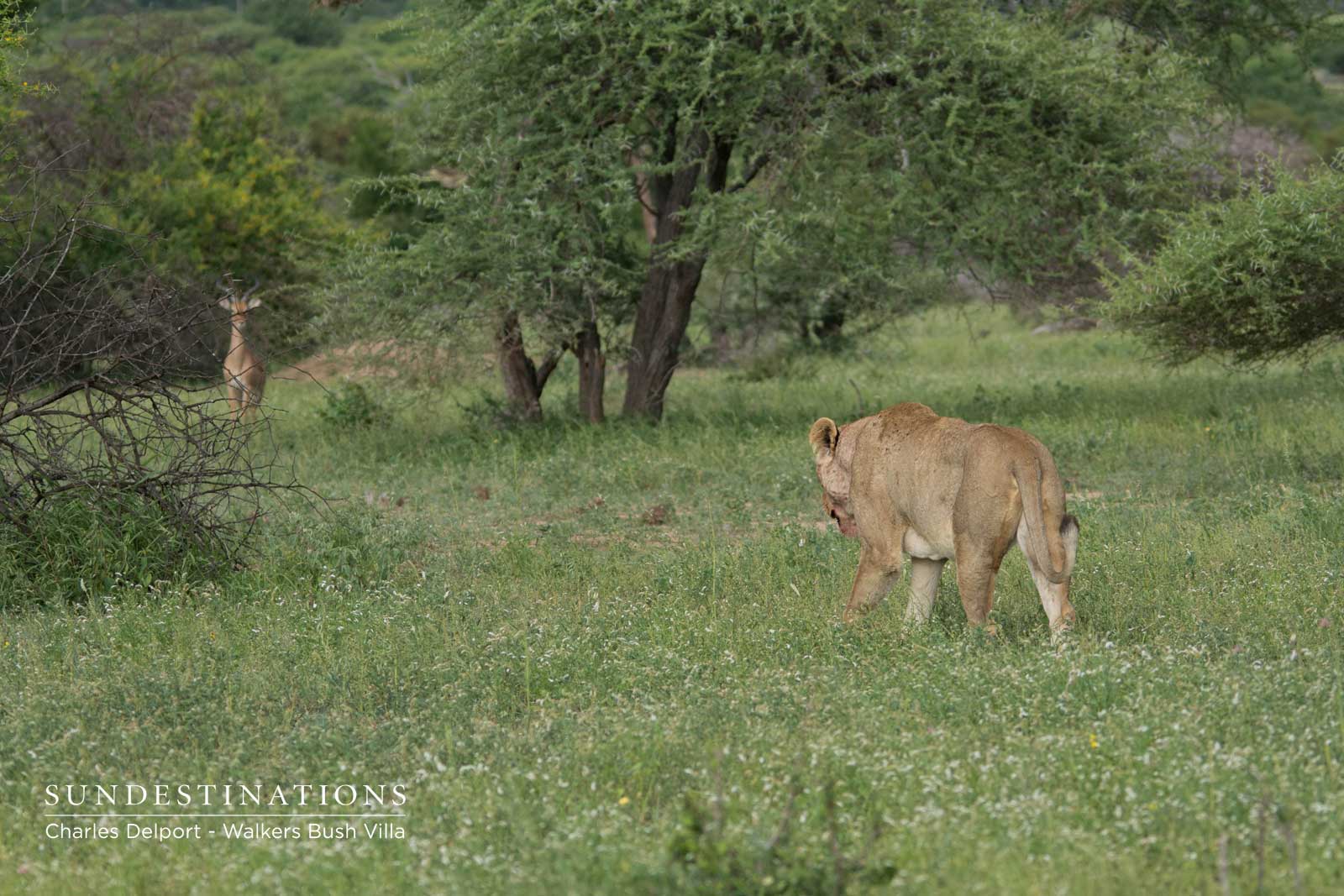 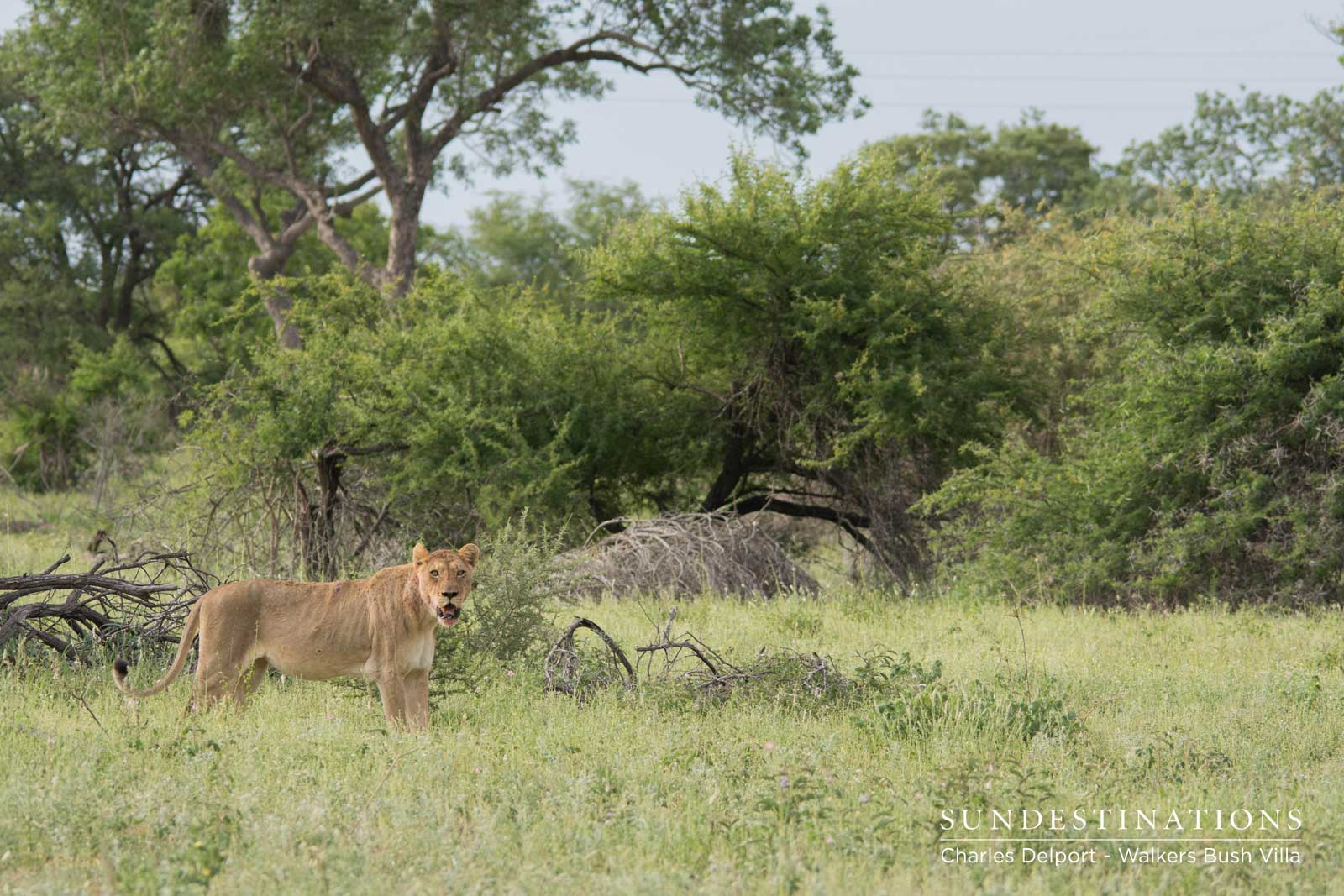