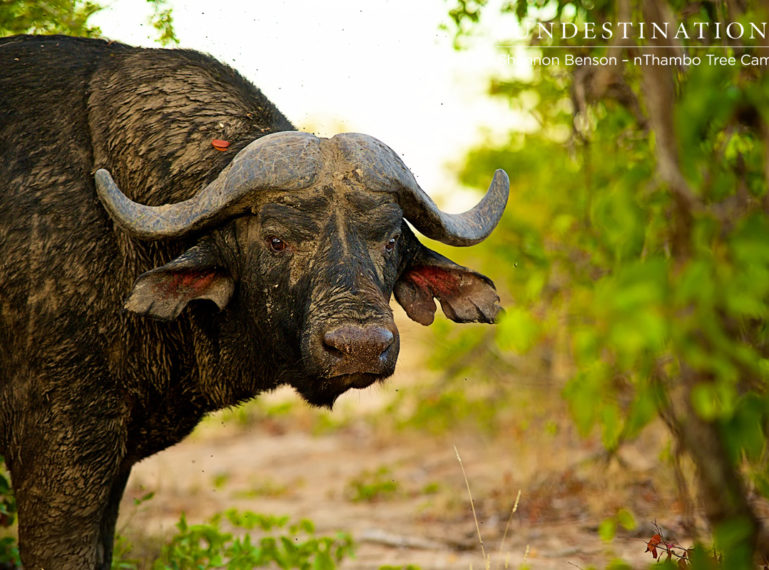 This week we have seen an abundance of snakes, breeding herds of mammals and big cats mating. The season of activity is upon us ! The team at Africa on Foot had a rather close encounter with the deadly black mamba snake and Judy from nDzuti Safari Camp saw a potent boomslang casually wrapped around the branches of a tree on the camp’s property. Then we had Greg from Africa on Foot showing his guests a small but aggressive rock python.

In terms of breeding herds, the camps have reported large herds of buffalo and elephant. But what stands out the most is the presence of big cats , proving that the Sabi Sand Wildtuin and the Klaserie Private Nature Reserve are prime big cat viewing destinations. Lions appear to have made more of an appearance in the Klaserie, while cheetah and leopard are dominating the cat sightings at Umkumbe Safari Lodge.

nDzuti saw the same male lion and lioness twice in the space of a week. The male is thought to be the beast who took down the leader of the River Pride, the dominant pride of the area. The female is a lone lioness from the River Pride. We hope to see cubs in the near future. At Africa on Foot and nThambo Tree Camp the two breakway Ross Pride lionesses attacked and killed yet another buffalo. One of the Trilogy males has his heart set on one of the females and is relentless in his quest to mate with her. We caught the action on camera – he did get rather defensive towards the nThambo vehicle. All that testosterone.

Even our gentle ungulates, the giraffe have been courting one another. Yet another incredible wildlife moment we were lucky enough to witness.

Umkumbe Safari Lodge discovered a majestic cheetah posing on top of a termite mound, surveying his land for potential prey. They also spotted two lions attempting to take down an older buffalo and shortly after stumbled upon two leopards. The female is called “White Dam” and the male is “Machlatine“. This is the male leopard, Maxabeni’s territory – let’s wait and see what happens here.

Enjoy the week in pics !