Wild Dog Pups Come Out of the Den 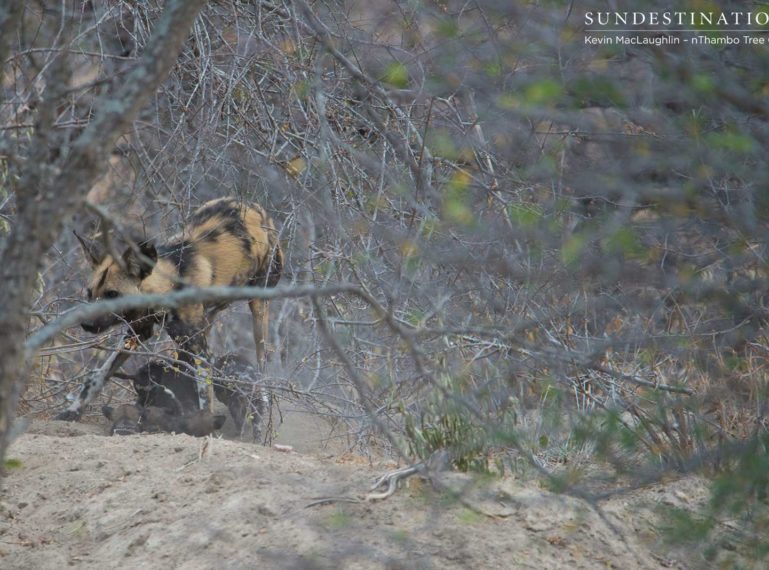 The little African wild dogs we’ve been going, well, wild about became a spectacle of ‘ooh’s and ‘aah’s yesterday afternoon as guests from nThambo Tree Camp enjoyed watching them emerge from the den. The 3 adult dogs of the pack were reportedly seen on the hunt a little way away, and when we arrived at the den site we could only see the tops of the pups’ heads as they stayed relatively hidden from site. Luckily, we got to see the arrival of one of the adult dogs, and then an eruption of squeals and squeaks filled the air as the little ones came out to greet him.

The young pups must be close to a month old now because they readily received a chunk of regurgitated meat delivered to them by the male adult dog that had returned from a hunt. After the quick feeding frenzy was over the pups played and frolicked and put on a bit of a show as they enjoyed being outside the den. It was quite remarkable to notice that the dog that returned to feed the pups was a male dog, and not, in fact, their mother. This is typical behaviour among African wild dogs, as all the pack members work to look after the pups. This male dog stayed at the den, relaxing, as the pups entertained themselves nearby.