21 Lions and Cubs. The Kambula Pride Seen at Umkumbe. 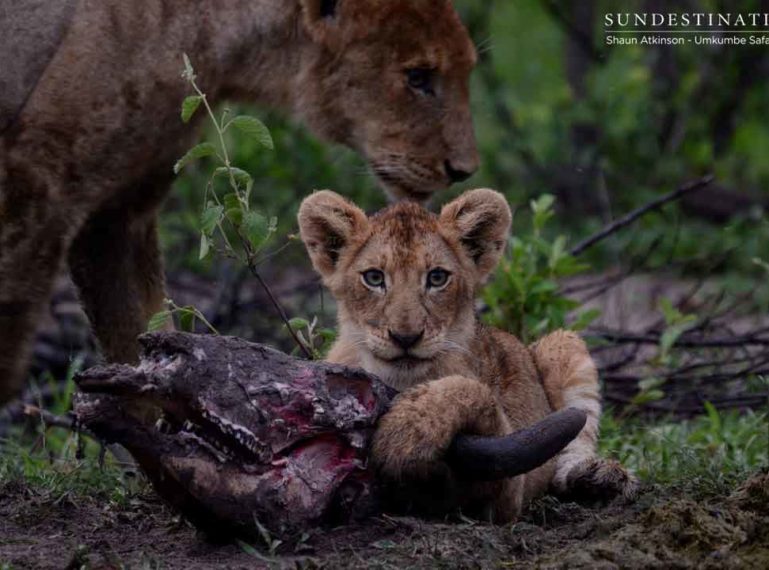 The Kambula Pride of lions have quite a tattered ancestry fraught with warfare and complex dynamics, one that we’re not going to drill down into at length in this blog. But we are going to give you a little bit of background information about this popular lion pride in the Sabi Sand. Complexity is a word commonly bounced around when talking about pride dynamics. When a pride has such a strong history with big numbers, so intertwined in a reserve, we don’t expect smooth sailing in terms of dynamics. Understanding the origins of splintered prides, small groups, breakaways, and coalitions is all part of the fun!

So, let’s get down to business. There are 6 females that make up the Kambula Pride and their parents are none other than the marauding Majingilane males and the well-known Mhangeni/Tsalala Breakaways. With mega-prides there are often breakaway groups, lone rangers and splinter prides. The Kambula’s history is far more deep than is necessary for the sake of this blog, but we thought we’d at least give you a bit of background info before delving straight into Umkumbe’s most recent lion pride sighting.

Now that you’re armed with information about the Kambula’s bloodline, let’s take a peek into the current pride numbers of the Kambulas. There are 6 adults in the Kambula pride and they’ve given birth to two litters of cubs, which has boosted their numbers. We understand that there are over 20 lions in the mega-pride, but Umkumbe guide Shaun counted 21 during this latest sighting of the Kambulas on a kill. So, let’s break down these numbers.

The 5 of the 6 females gave birth to two litters of cubs, the first batch of 11 cubs were born roughly 2 years ago. These killing machines are happy, healthy and thriving in their territory. Despite the high mortality rate in the wild, it’s clear that the genetics of these cubs carry a survival gene inherited from a powerful dynasty of lions!  Recently, the Kambulas gave birth to yet another litter of cubs who are currently a few months old. And just who sired this kingdom of cubs? None other than the ever famous Birmingham/Gowrie boys!

So let’s get back to the reason for this blog, which is mainly designed to share Shaun Atkinson’s images and updates of a recent sighting while out on drive at Umkumbe Safari Lodge.

Shaun says, “At the start of game drive, I drove into the clearing and then heard the blue wildebeest alarm calling, so decided to drive a bit further. We then saw 21 lions lying together ! There was 1 Birmingham male, and 6 with their previous litter of cubs with the new cubs. There appeared to be pieces of a wildebeest lying around, evidence of a recent kill that probably happened in the early hours of the morning. There was only the legs and head left. The lions eventually moved off in search of water, so we followed them to the waterhole and took a few photos. This was a really cool sighting !

Yet another fantastic sighting for Umkumbe Safari Lodge ! 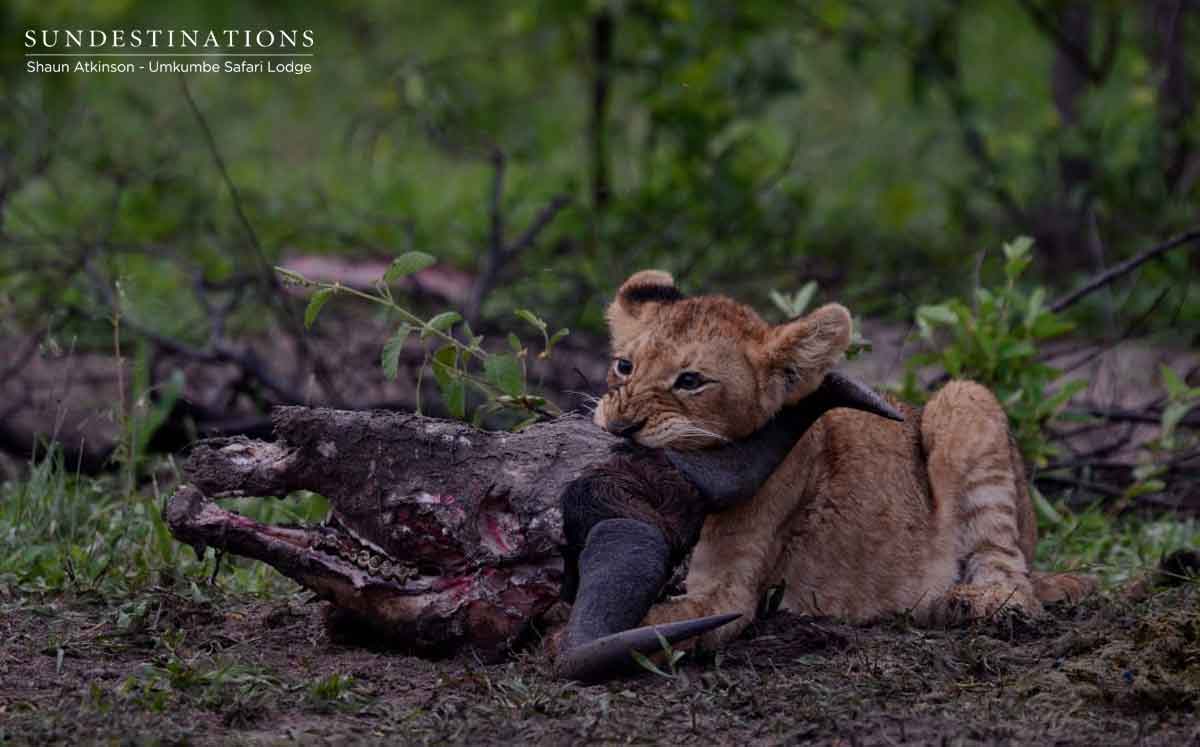 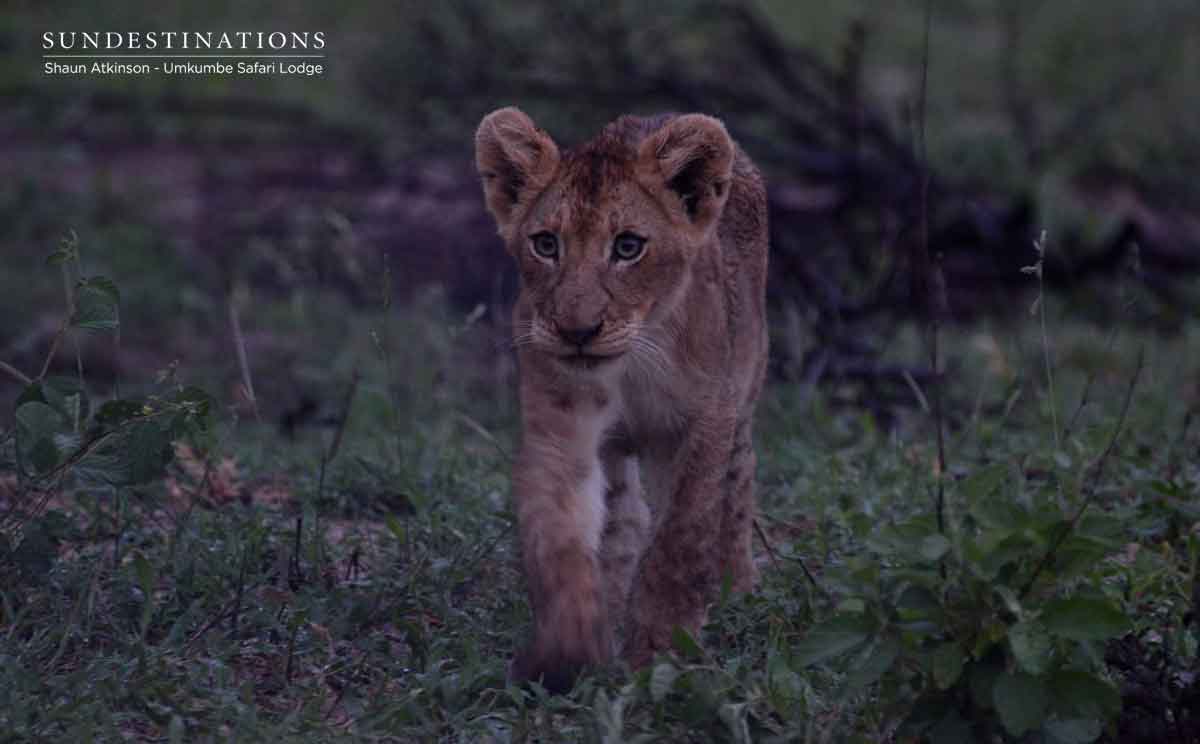 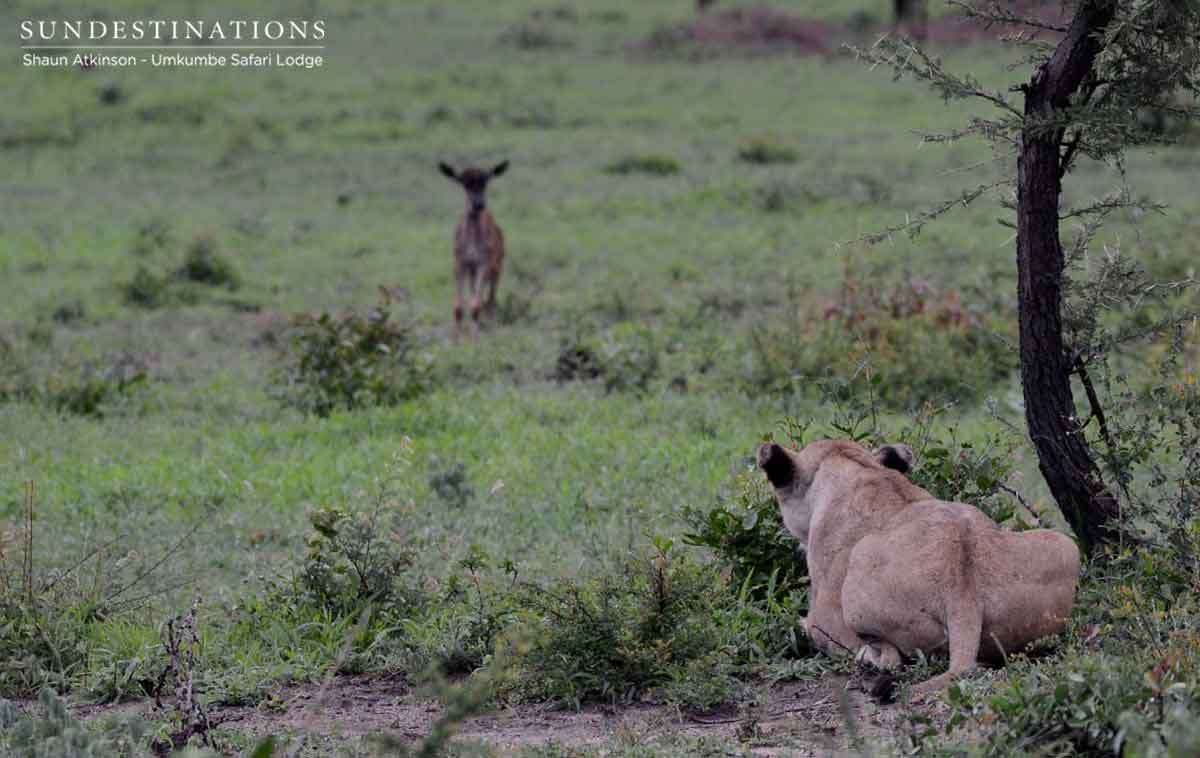 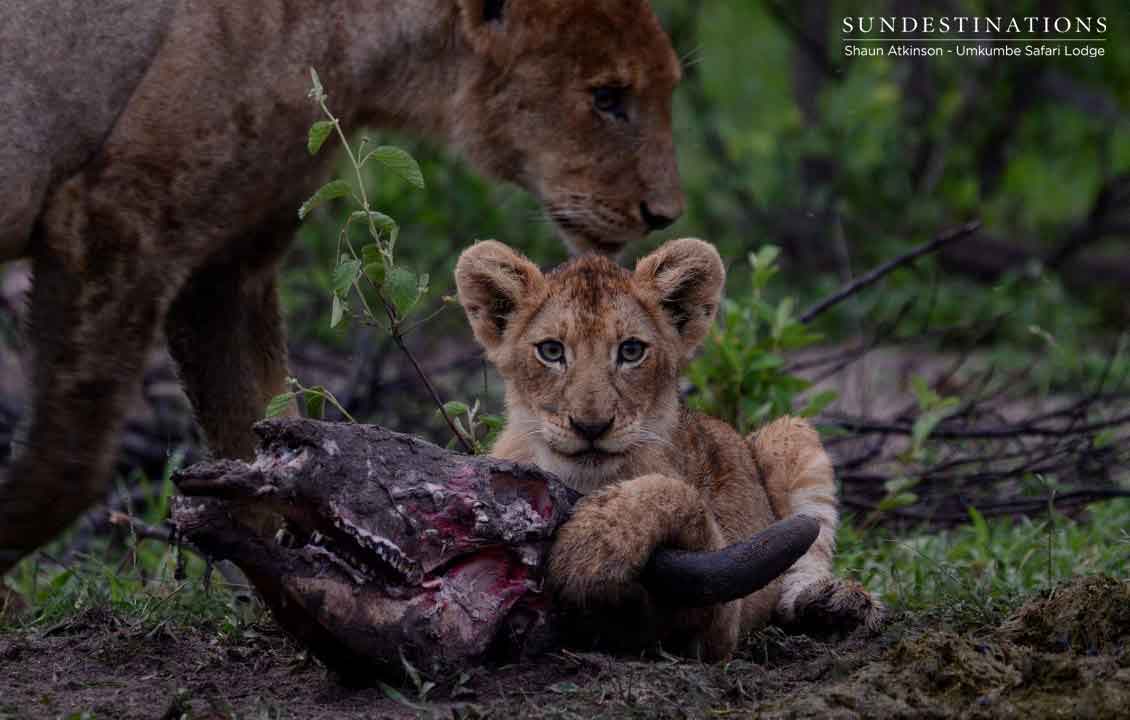 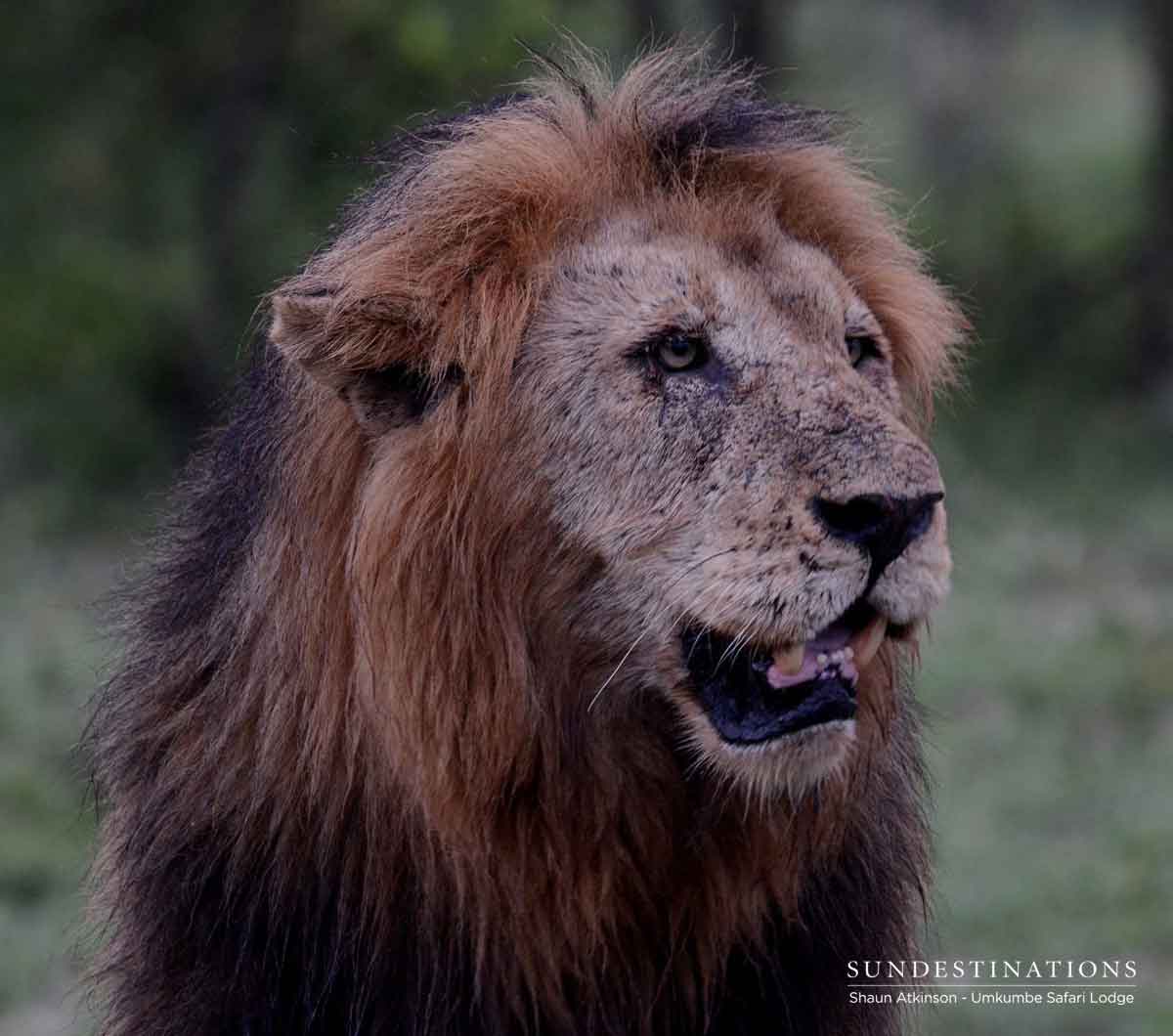 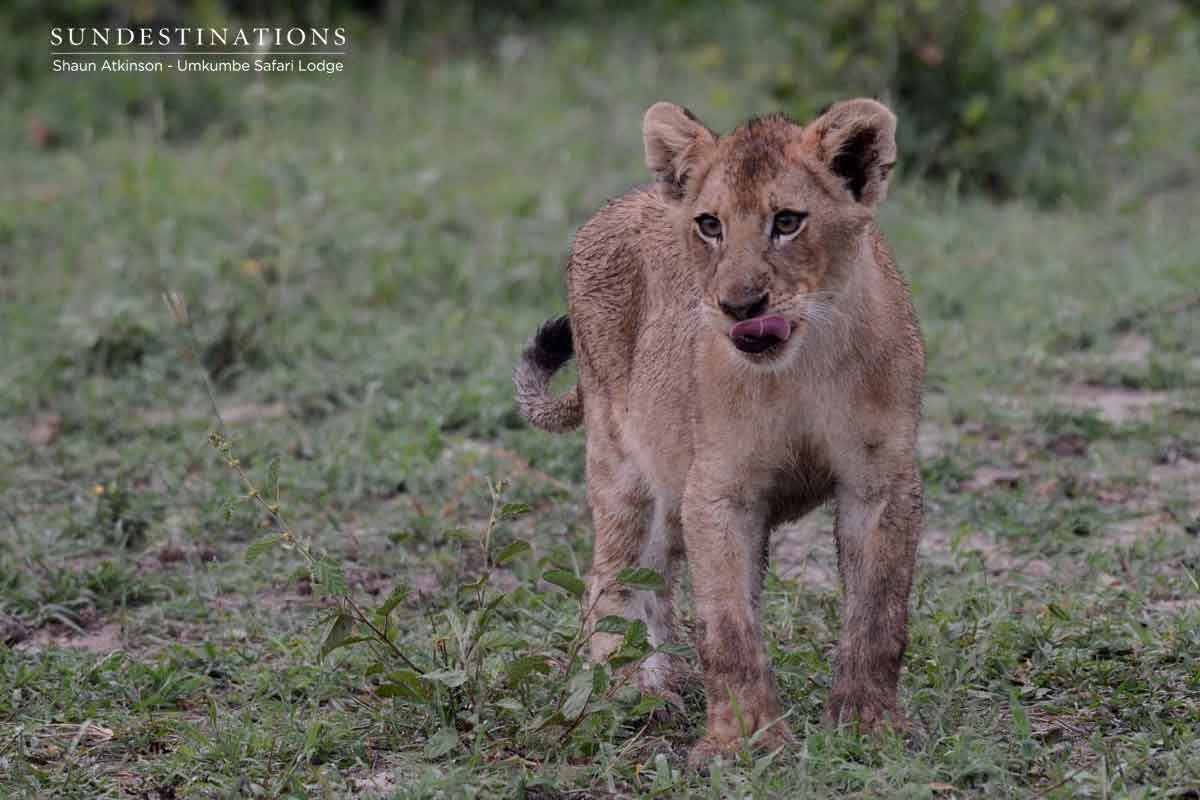 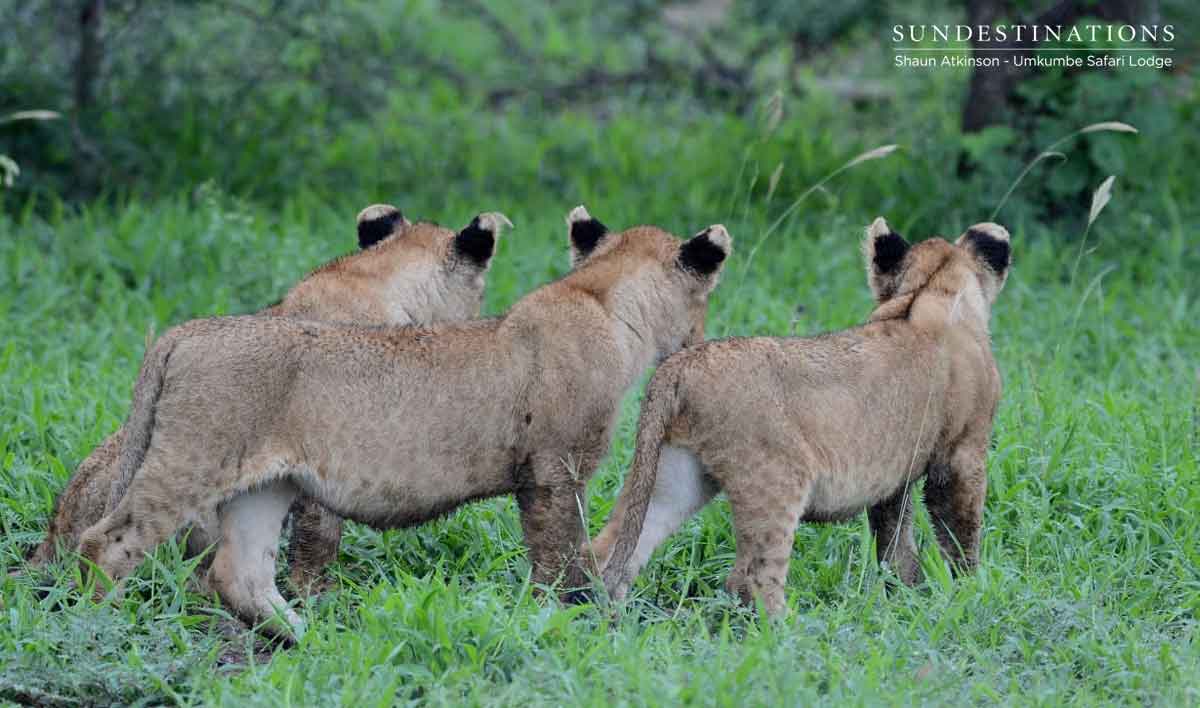 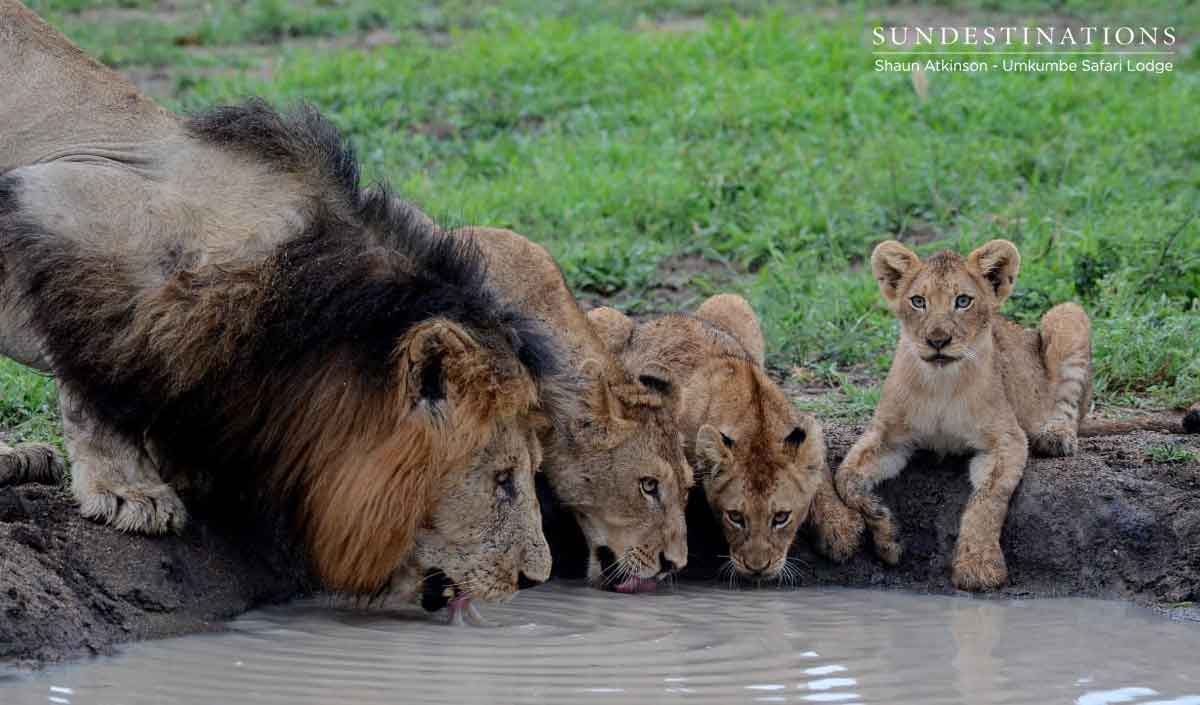 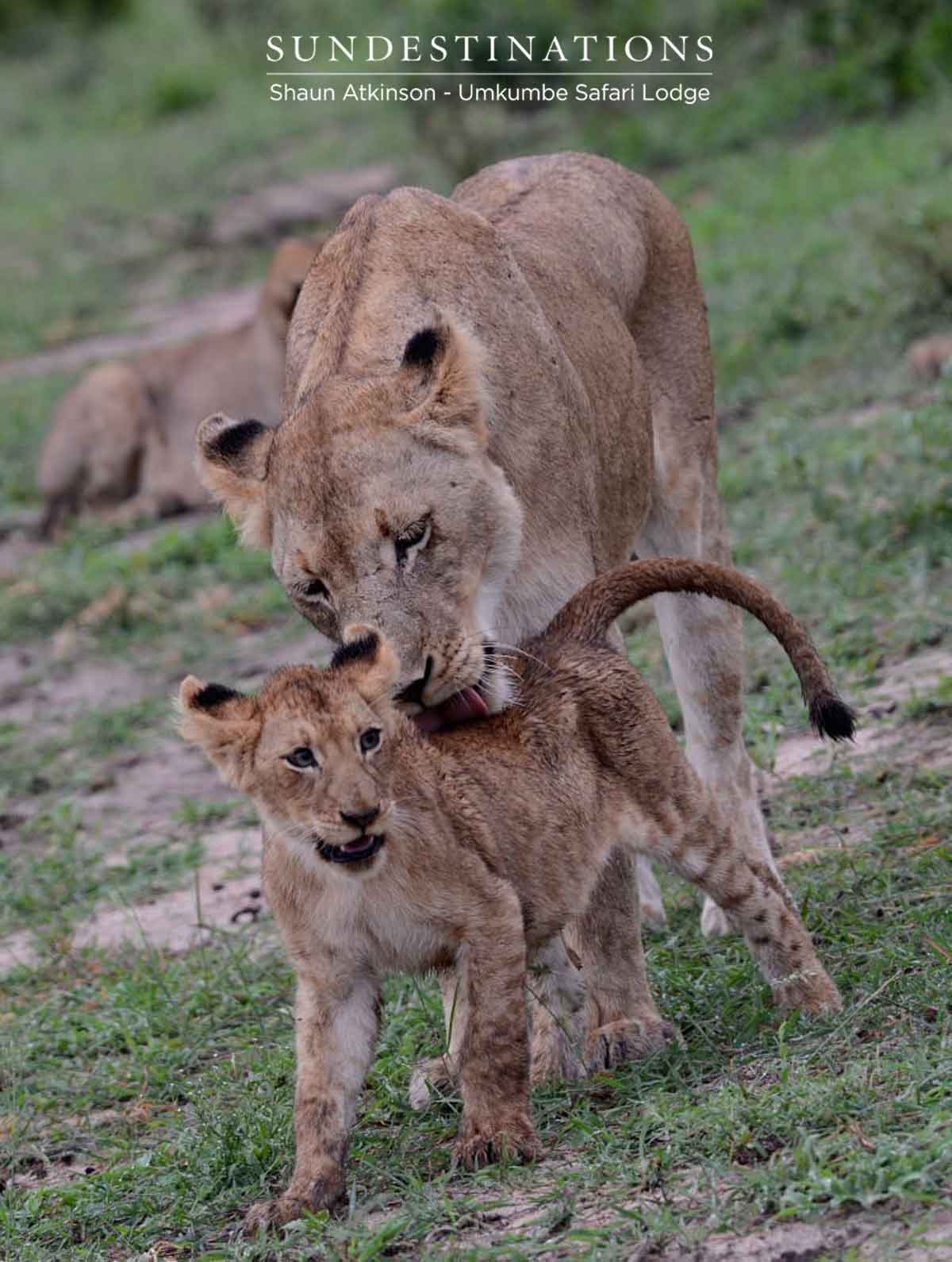