Bizarre Bugs of the Balule 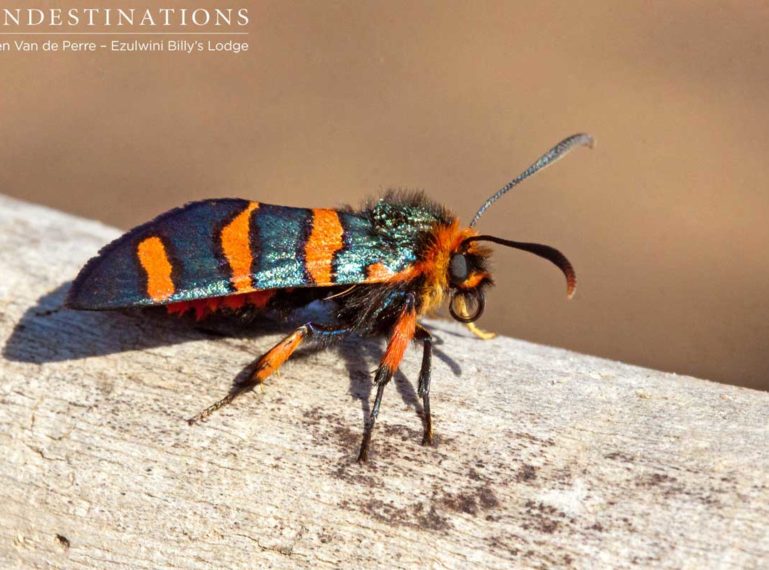 Our delicate planet is home to more than one million species of insects, a statistic known to delight avid entomologists worldwide. There are some six-legged bugs which are more aesthetically pleasing to the eye and those that could be the protagonist in a teenage horror movie. However, looks aside, bugs have a vital role in the ecology of an area; which is why we spend time studying their distribution and population dynamics. Insects, in fact, rank as the most successful organisms on the planet!

The Balule Nature Reserve is crawling with an array of arthropods and the sheer diversity of bug species is staggering. Time spent at Ezulwini River Lodge and Ezulwini Billy’s Lodge meant the opportunity for Jochen to photograph nature’s otherwise neglected species of wildlife. Here’s to the misunderstood, glamorous and bizarre bugs of the Balule.

Probably one of the most recognised beetles in the Balule is the dung beetle. These industrious creatures are referred to as “coprophagous”, which means they eat excrement from other organisms. Dung beetles have a preference for herbivore dung because many of the grasses are generally undigested. Dung beetles spend much of their day rolling dung where the female will lay her eggs. When the larvae emerge, they have an endless supply of food.

Dung beetles need to roll their dung ball in the direction of their “home” and to do this, one of the beetles will climb on top of the dung ball to steer it. They often seem confused when on top of the ball and may seem disorientated; but they are merely orientating themselves. Latest research confirms that one particular species of African dung beetle uses the stars to steer itself home. The large longhorn beetle is easily recognisable by its unusually long antennae which are often longer than the beetle’s body. Beetles are attracted to light and will lay their eggs in wood cracks. The larvae of the longhorn beetle can be quite destructive to timber because the grubs will tunnel through the wood and feed as they tunnel. These grubs are actually considered to be a delicious delicacy in certain parts of the world – apparently they taste like roasted peanuts! This pretty iridescent beetle lives up to its namesake. It certainly looks like a bright jewel in the otherwise dry vegetation. The adults live on a diet on foliage, nectar and pollen. Mature adults do not live for very long but the immature beetles can take up to 35 years to complete their developmental cycle. These fluffy red creatures are called red velvet mites and they spend their days hiding in soil litter. Because of their vibrant colouring they are often mistaken for spiders. Interestingly enough, the oil secreted from the red velvet mite is used in Indian medicine to treat paralysis. The beautifully coloured handmaiden moth is a diurnal insect. These moths are often confused with the poisonous Burnet moth. There is speculation that it mimics the Burnet moth in order to ward off predators. Do you know what type of insect is below? Help us identify the below bug. It’s certainly unusual !