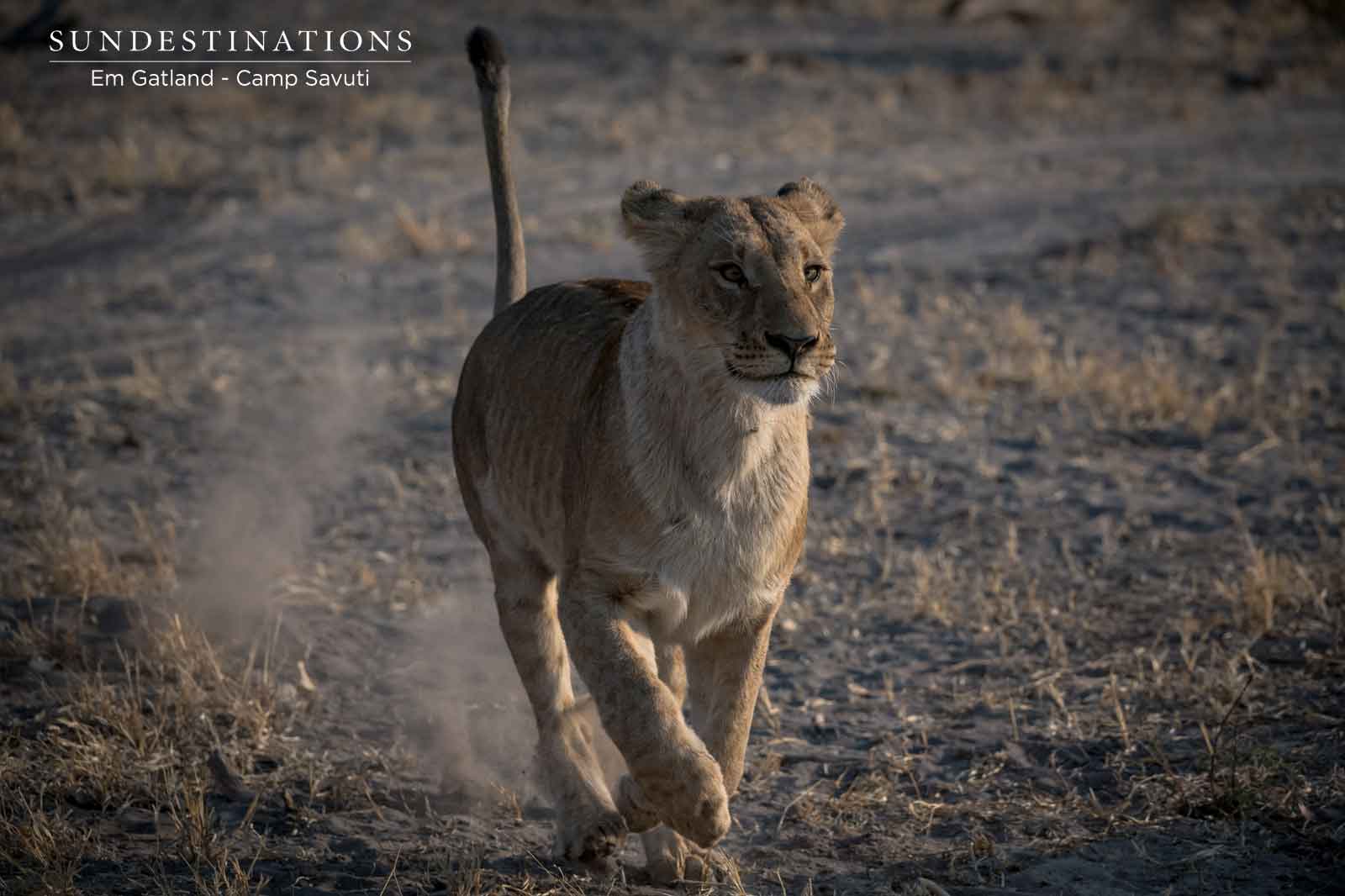 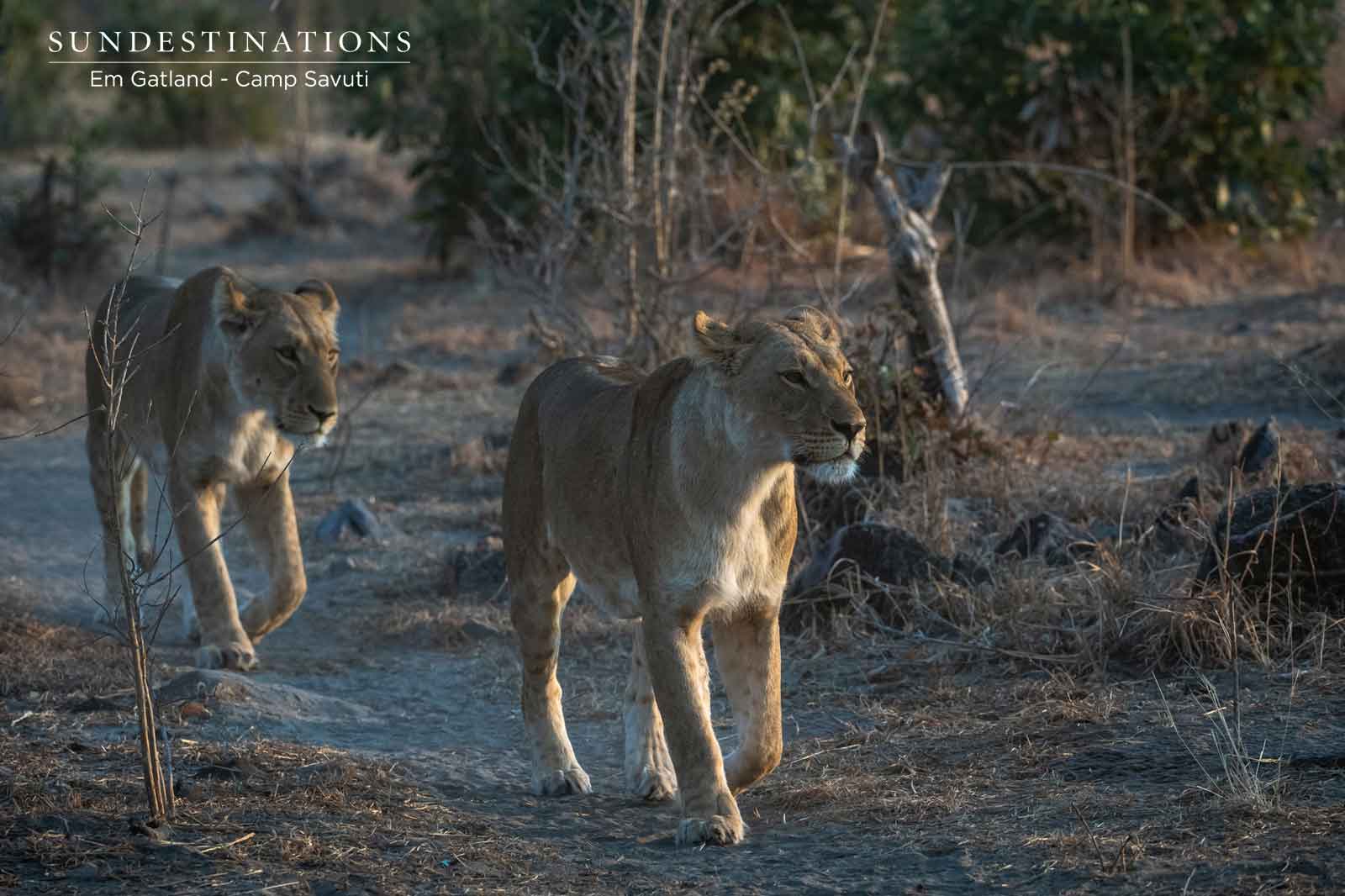 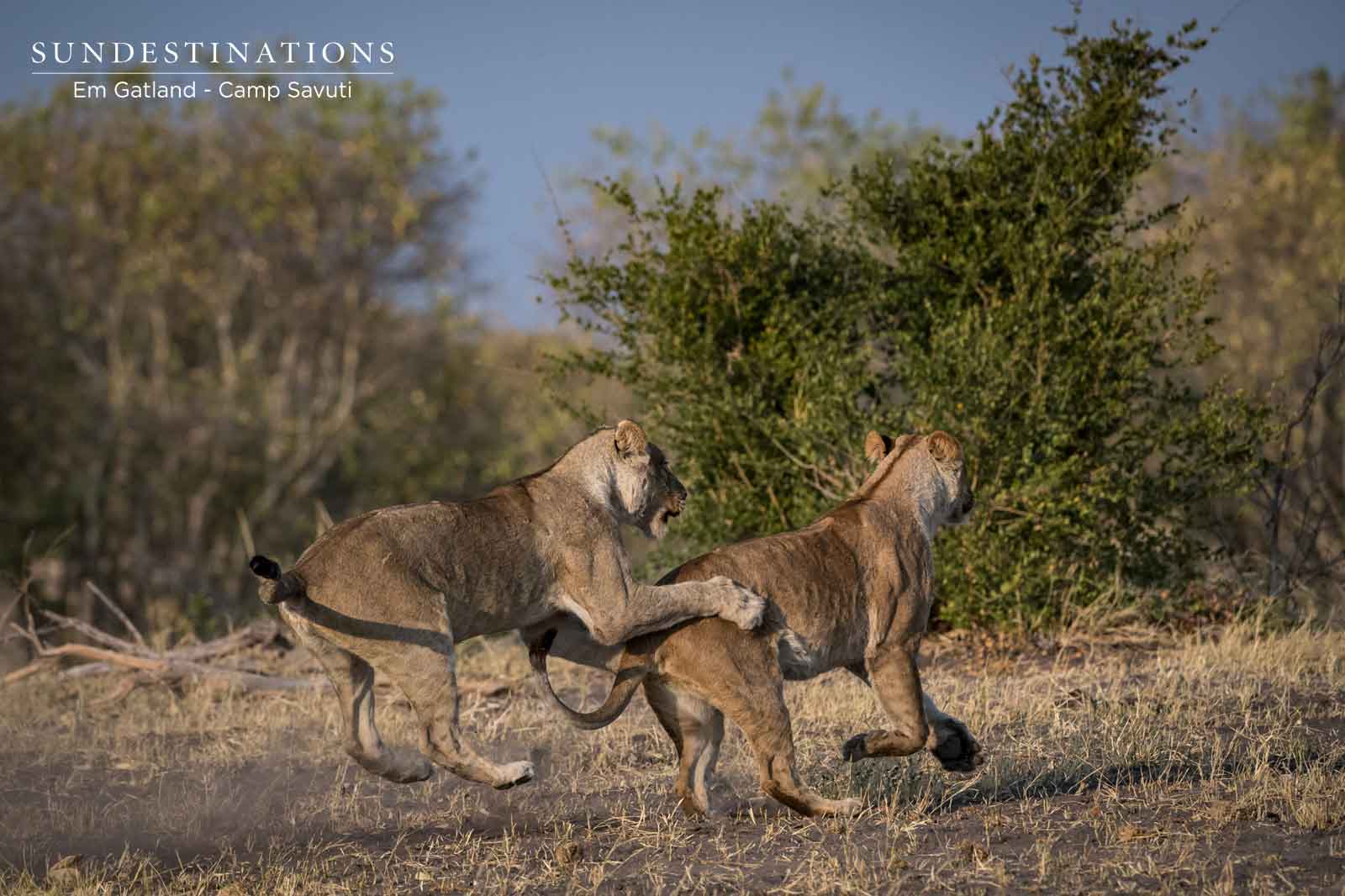 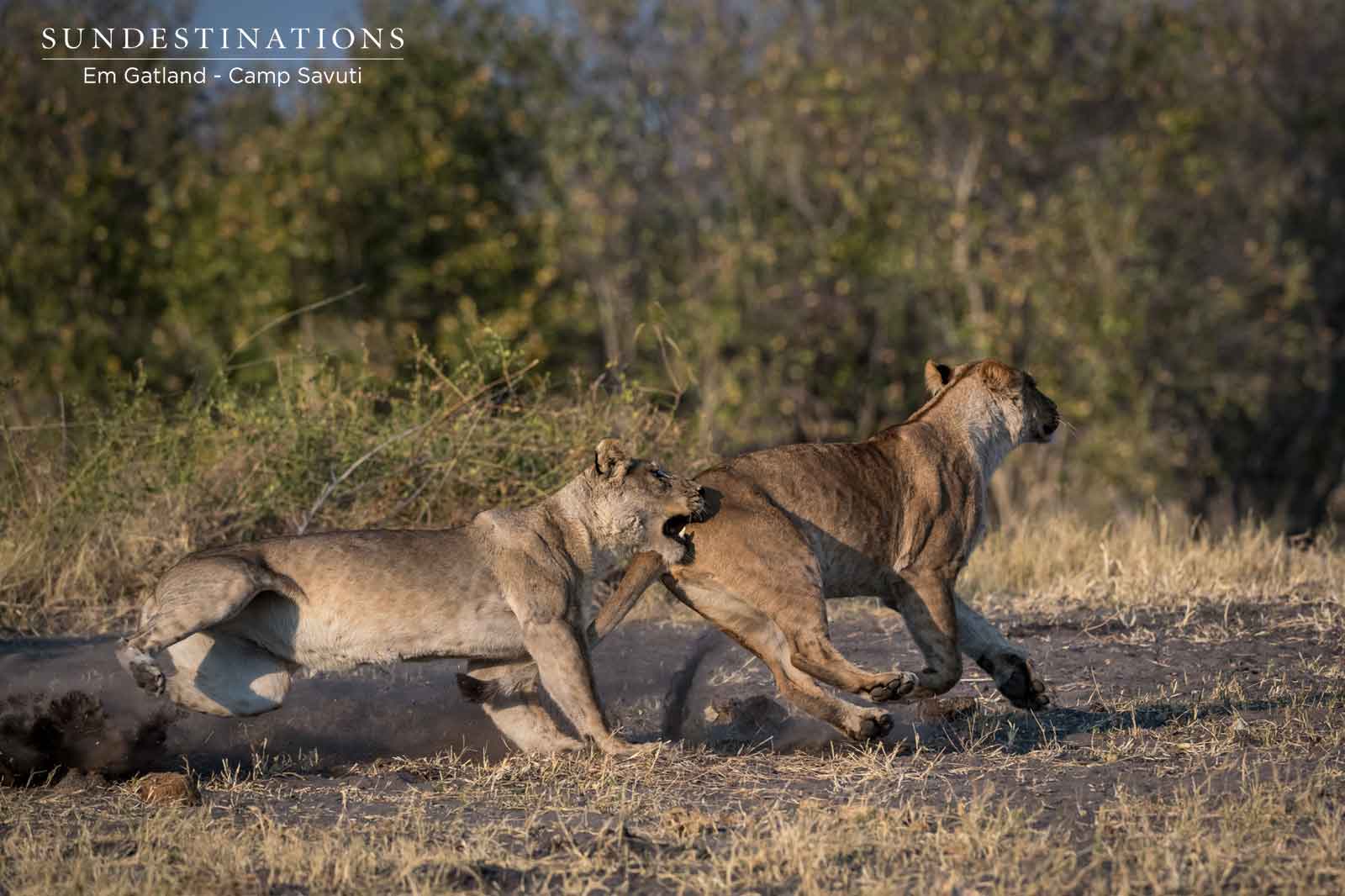 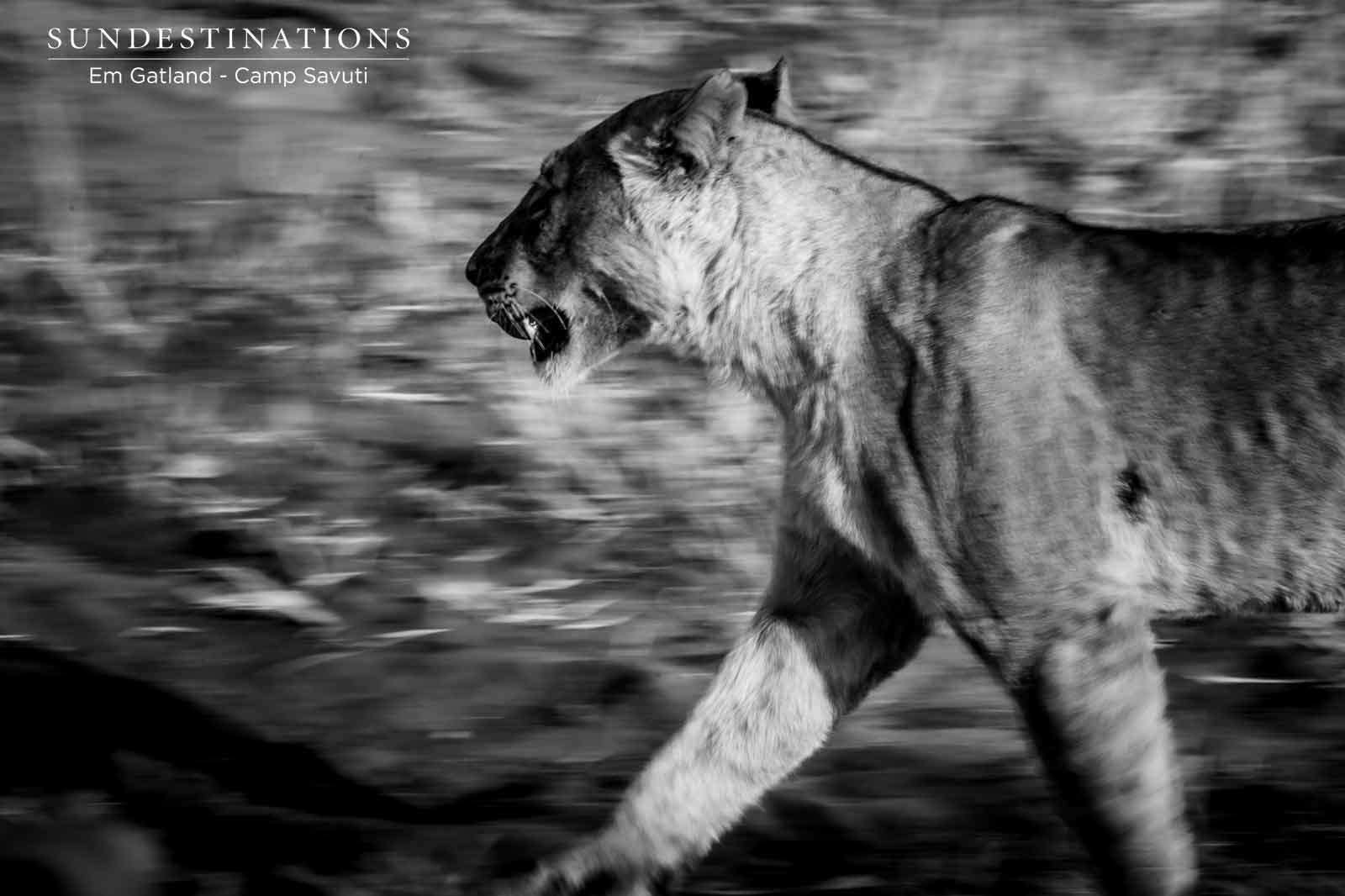 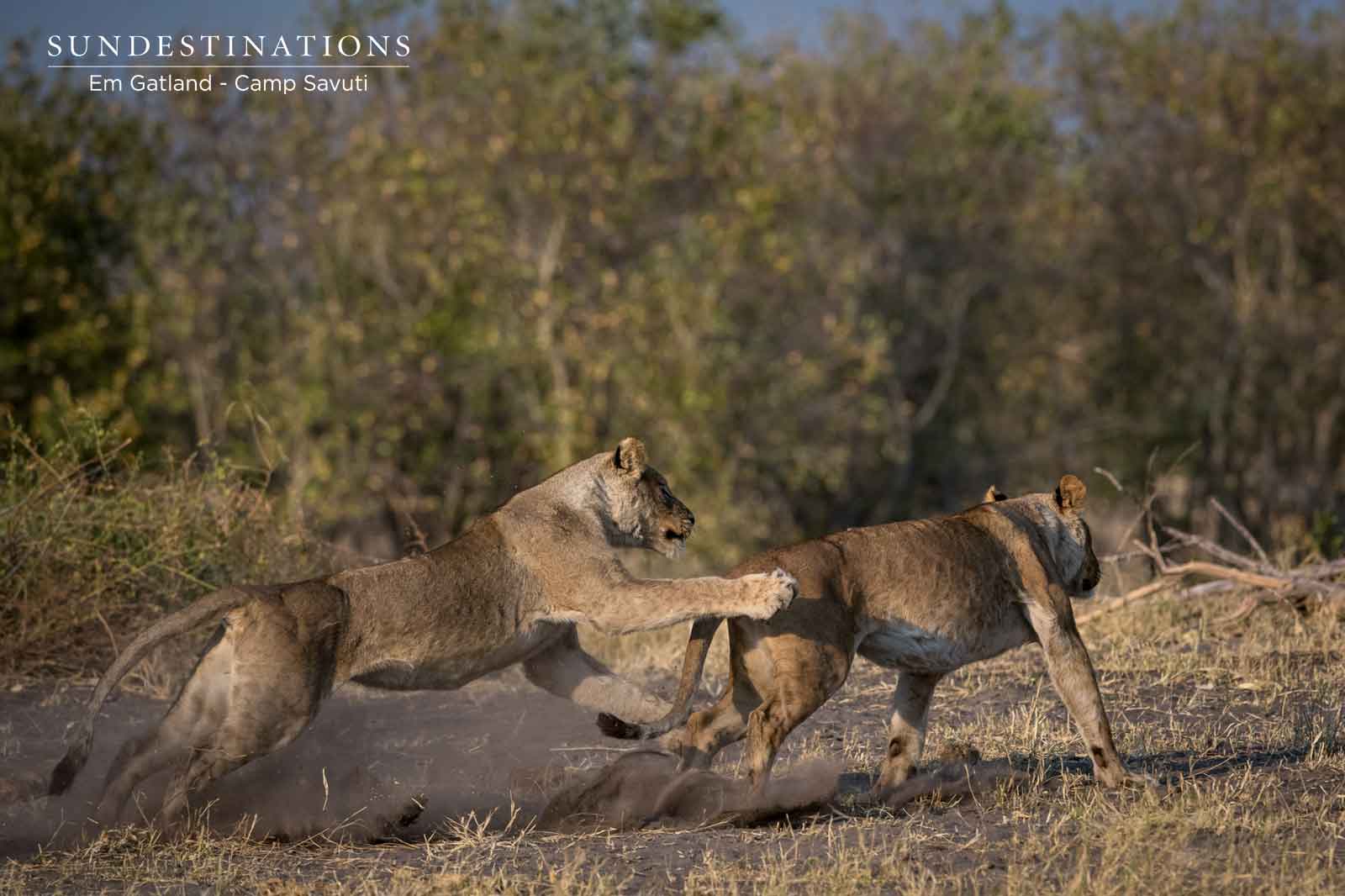 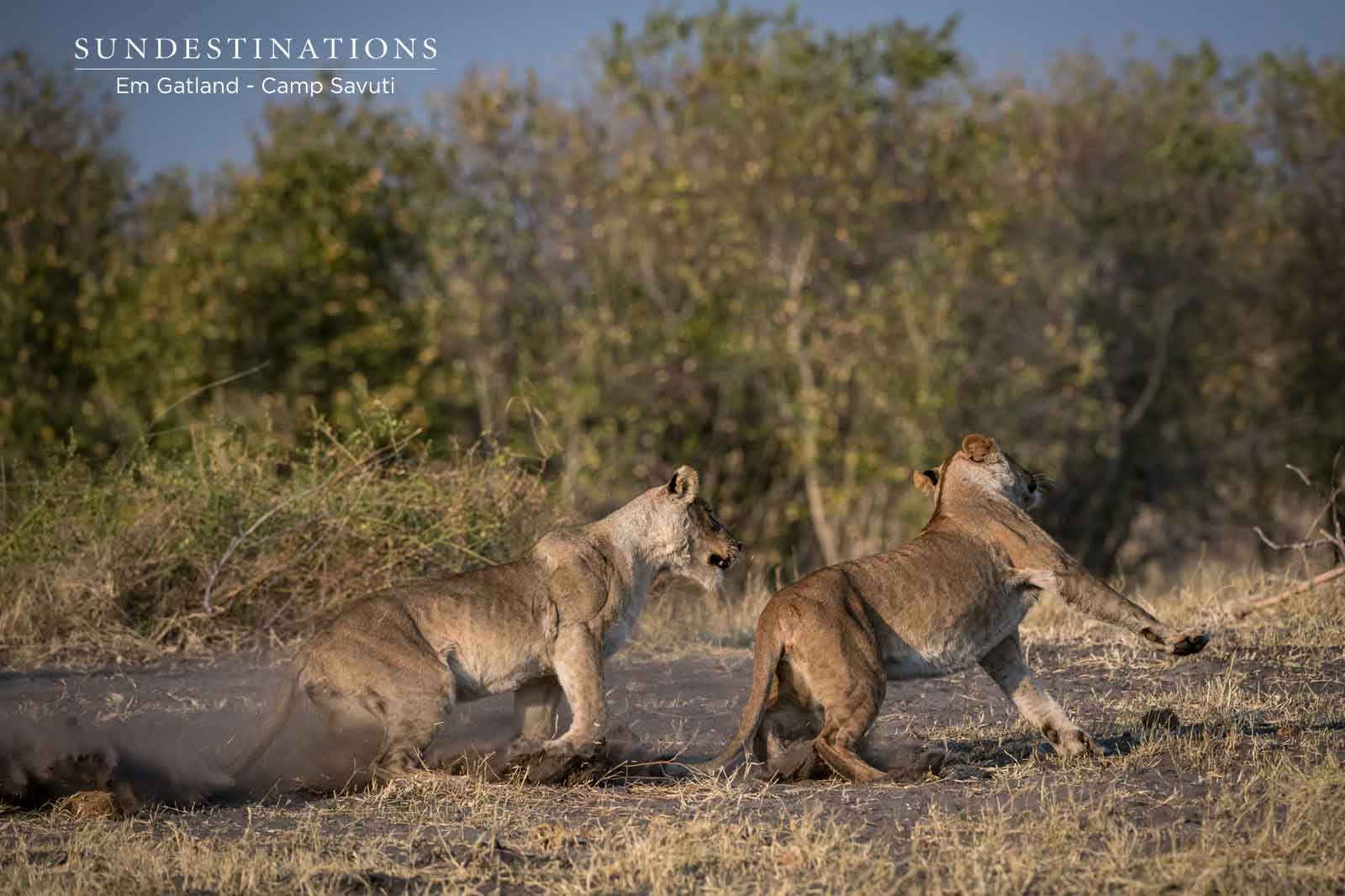 Camp Savuti : The Marsh Pride Lionesses Get Rough and Rowdy

The Savuti region of Chobe National Park is a sought after pocket of wildlife paradise. This enchanting predator-rich region is well-documented for its fierce lion populations, one of which is the dominant Marsh Pride. Breakaway females and splintered groups from the powerful Marsh Pride are often spotted while out on drive with the team from Camp Savuti. When the  young males within the pride reach maturity they eventually breakaway; and small groups of females tend to form their own mini-prides. Camp Savuti enjoys ample sightings of various offshoots from the resident Marsh Pride, a turbulent pride steeped in history. The 30 strong Marsh Pride is a product of their environment, hence their brutish ways.

Why do we refer to the lion prides of the Savuti region as foreboding and fierce? Let’s unpack this a bit. It’s no secret that the Savuti Channel is an unforgiving and desolate landscape with a fascinating geography. The channel is often bone-dry for decades, and then suddenly begins to flow again; a phenomenon that is down to tectonic plate movement affecting the flow of water in Linyanti, Chobe, Zambezi and even the Angola highlands. There’s speculation abound about the root cause of the slow ebb and flow of the Savuti, but it does seem to have many contributing factors.

Of course, when the Savuti does flow – like it did in 2014 – it completely changes the biome. The region moves rapidly from dry grassy savannah to a swampy marshland that draws in the water-loving giants such as hippos, wading birds and even lechwe. At this stage the Savuti is completely arid – and we don’t know when it will flow again. Despite the current dry conditions, Savuti is a year-round game viewing destination and is most certainly a place where you’ll get your fill of big cat sightings.

This brings us to where we are today. The lions of the area have quite the history, one that is actually tied into the geography of the area. When the channel stopped flowing the general game populations migrated or died off; which meant the lion prides were starved of prey. The resourceful and opportunistic cats decided that their only option was to hunt what was readily available : elephants. They became accustomed to taking down giant prey and quickly earned themselves a reputation of being ferocious, unforgiving cats. Their behaviour defied textbooks and fascinated lion fanatics from around the globe. The antics of the savage Lions of the Savuti became well-documented, and to this day the prides still capture interest.

The current Marsh Pride have a genetic lineage tied into the fierce elephant killers of years gone by, and their robust bloodline is evident – even in play.

Photographer Em Gatland visited Camp Savuti in July this year, and managed to photograph moments with big cats which led to top notch images. Not only did she photograph leopard cubs, but she also managed to spend time with the Marsh Pride on a giraffe kill.

In conjunction with this sighting, Em spotted a couple of the females chasing, tumbling and tackling each other. Even when the Marsh females engage in play, it’s still rough and rowdy ! In this series of images, we see how the females practice their ambush techniques and rough house with each other.

The next time you join the Trails of Botswana or stay at Camp Savuti, at least you’ll have a wealth of knowledge about the Marsh Pride of lions. To know their history, is to understand them !

Click here to find out more about the Savage lions of the Savuti. 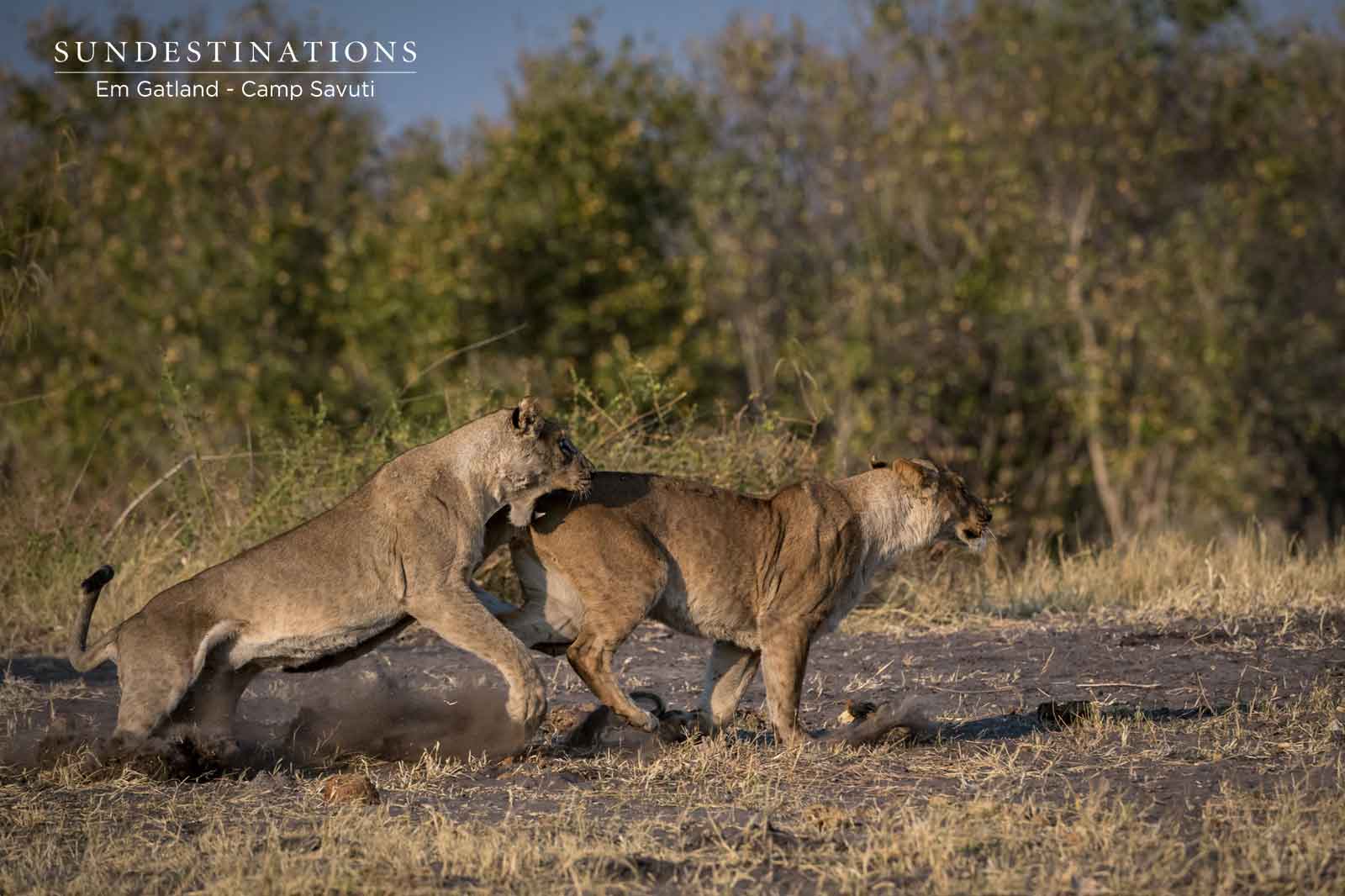 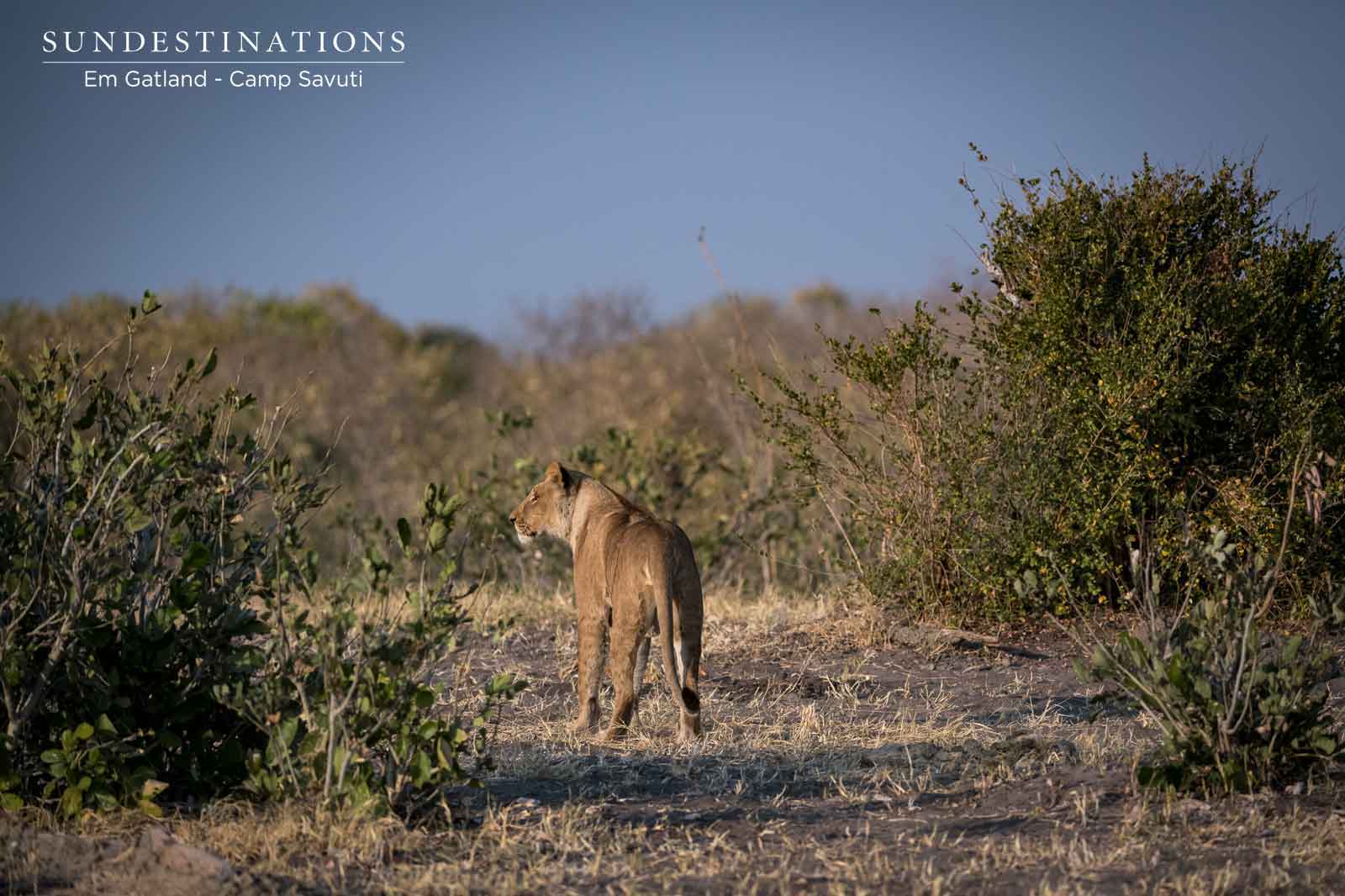 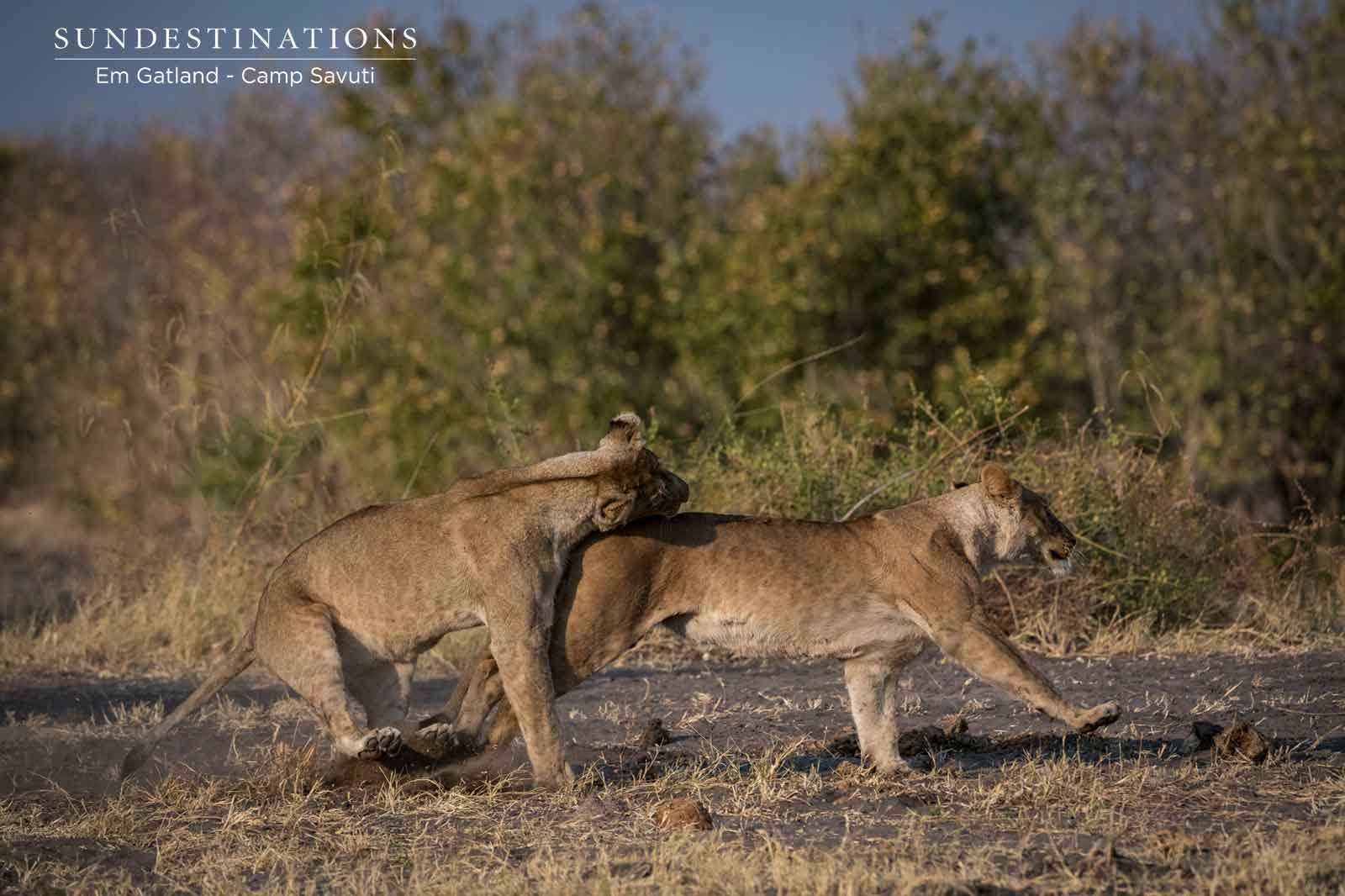 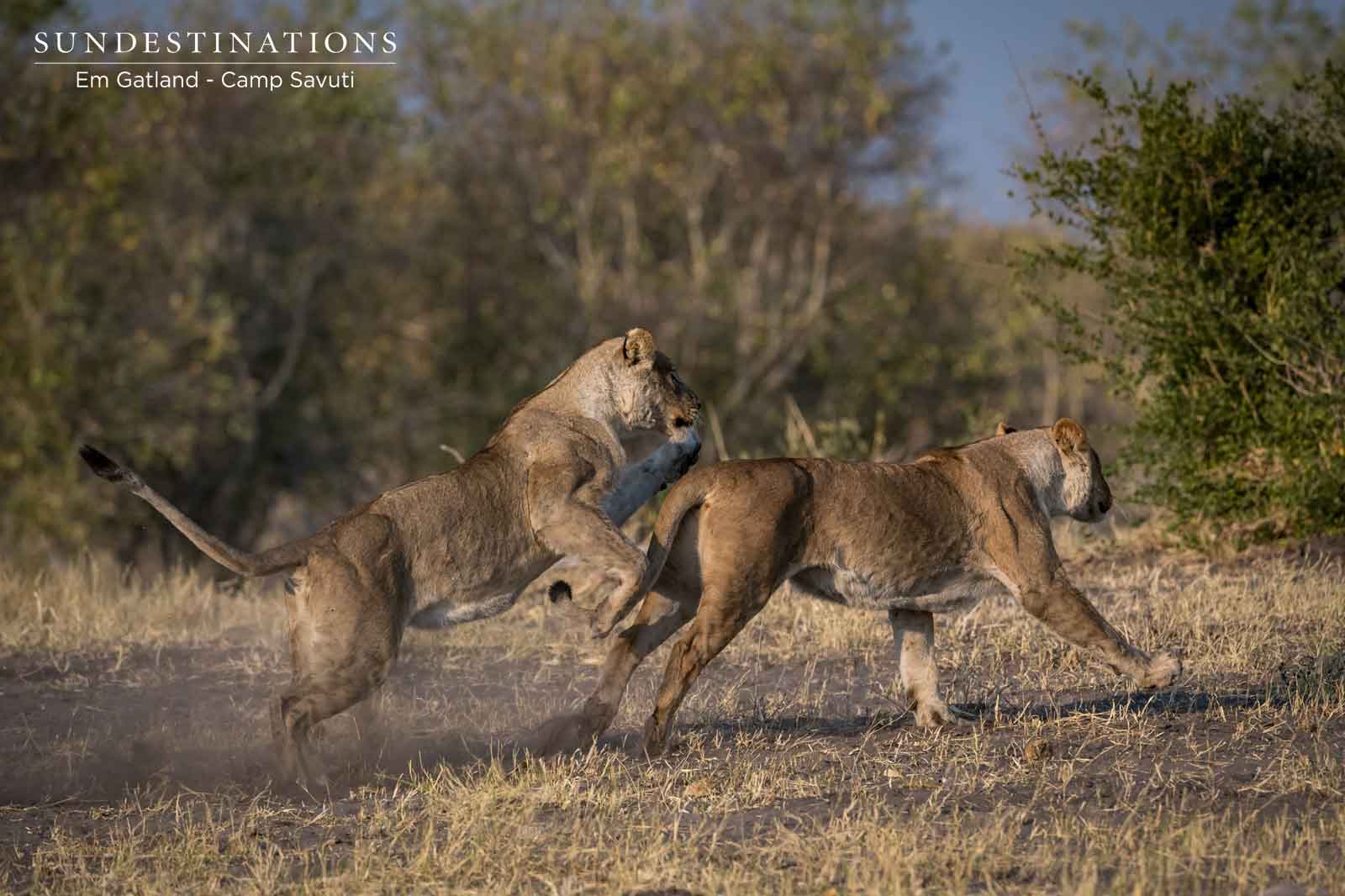 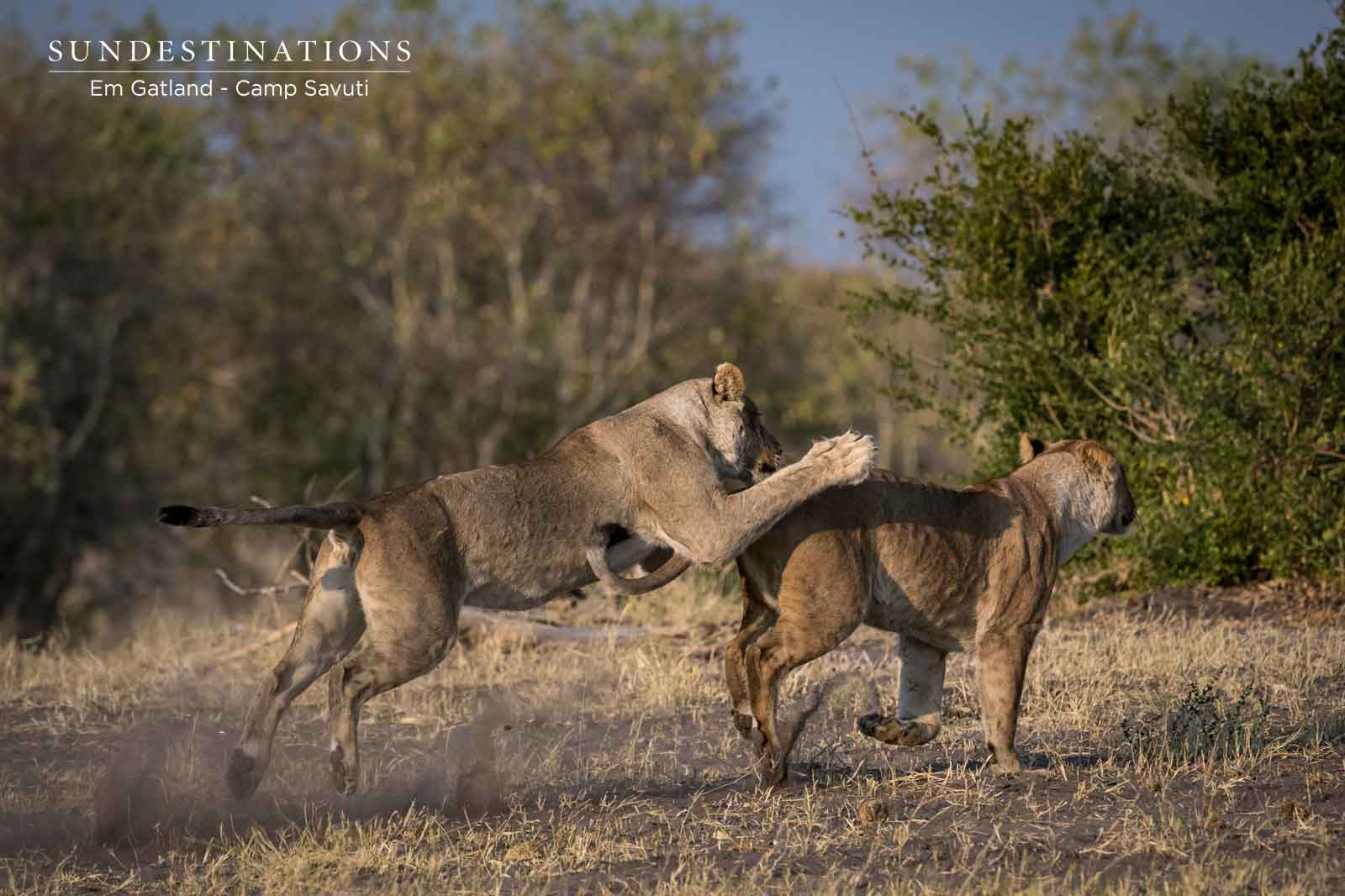 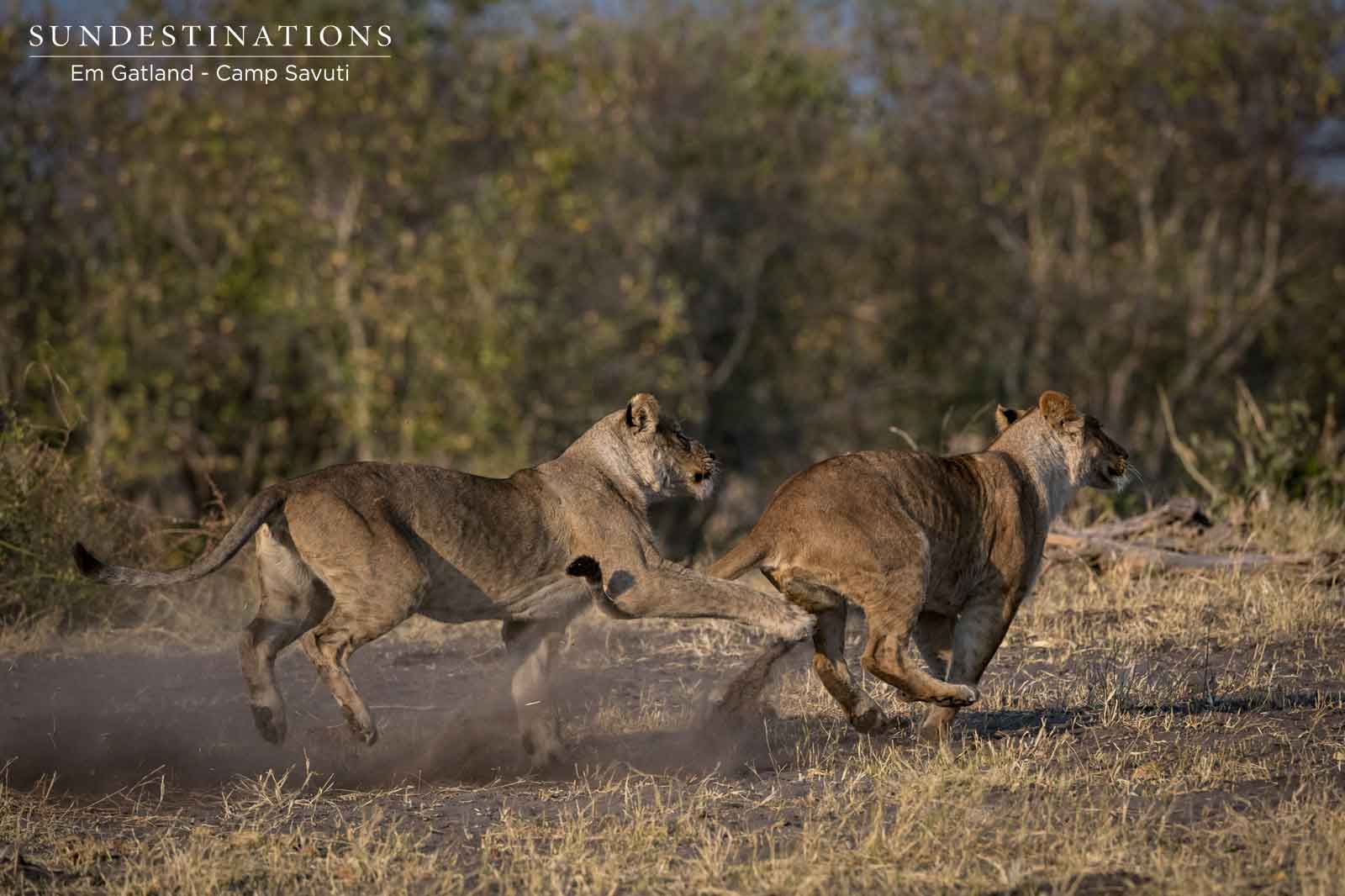