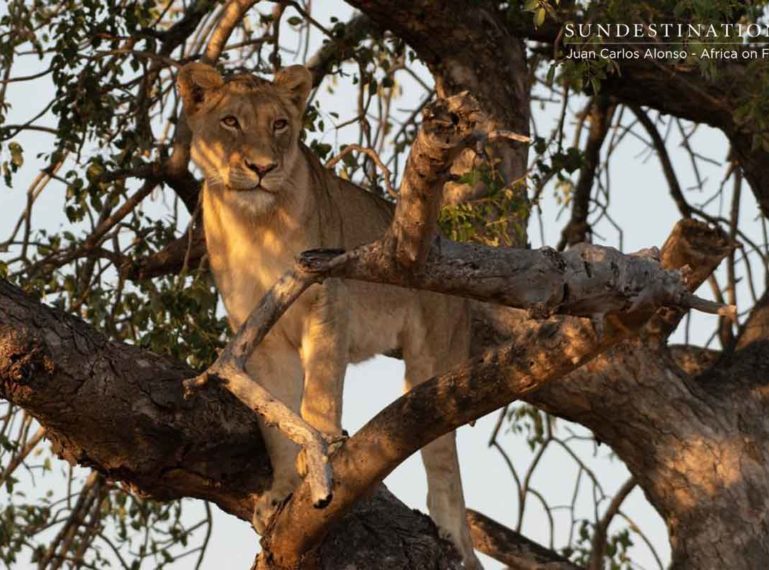 One of the major drawcards of Queen Elizabeth National Park in Uganda, Lake Manyara National Park in Tanzania and the famous Serengeti, is the presence of rare tree-climbing lions. Spotting a stocky and powerfully built lion clumsily clambering up a tree, is indeed a unique wildlife sighting. Leopards are our textbook tree-climbers, but lions – not so much. There’s no denying that some lions within prides do climb trees, but overall it’s considered a sighting for the books and certainly one worthy of documentation. The tree-climbing individuals within prides are only seen in less than 5% of documented lion pride observations (stats ref : Discover Wildlife BBC).

There’s no definitive blanket answer as to why lions climb trees. Lions climb small trees for a number of reasons. Clawing your way up a tree might just provide the shade needed from the blistering heat of the plains of East Africa. That’s one reason. Another reason is that lions may also desire an elevated view to scan the landscape for potential prey. Another common school of thought is that a lone lion might retreat upwards if they feel overpowered from a violent skirmish at ground level.

It was the efficient and much loved guide, JC, who broke the news to us about the tree hugging lioness. JC is always in the thick of the action, with his camera poised. Here is his account of the event :

A few mornings ago I returned to an area where an unknown, shy male leopard had secured an impala kill in a knobthorn tree the previous day. Upon arriving, there were five hyenas pacing underneath it. The leopard was nervously adjusting its kill in the tree when it unfortunately dropped it on the ground.

The hyenas cackled with delight while the leopard took the opportunity to leave the area. As we watched the hyenas fight over the remains, I heard impalas alarm calling in the distance. Thinking that we’d get another chance to see the leopard, I followed the sound only to find a lone lioness approaching. She cleverly assessed the situation and quickly climbed a marula tree before the hyenas had a chance to attack. Ultimately, the hyenas lost interest and the lioness descended the tree unharmed.

As it stands, the unknown pride of 6 were actually seen on Friday night, and a few of the Sun Destinations team jumped in the vehicle this morning to track the pride. We’ll let you know the outcome when the on-the-ground ‘veld loving team gets connected. 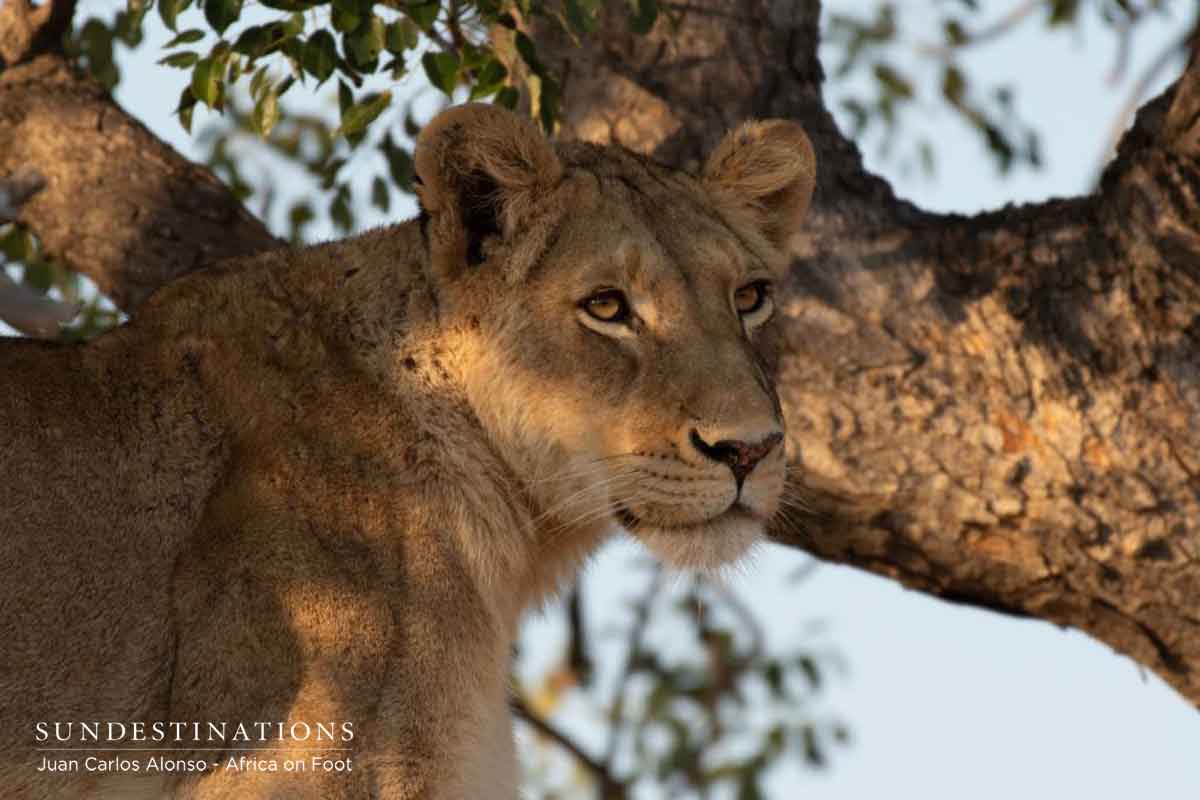 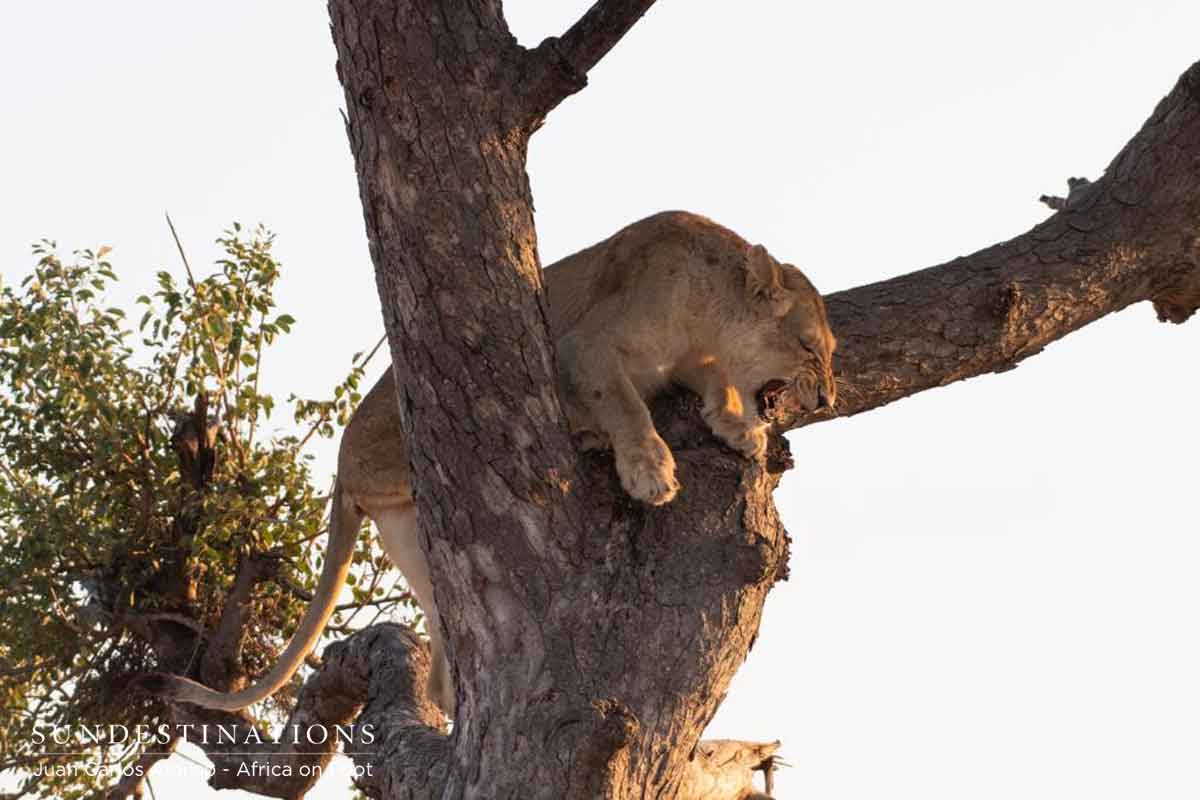 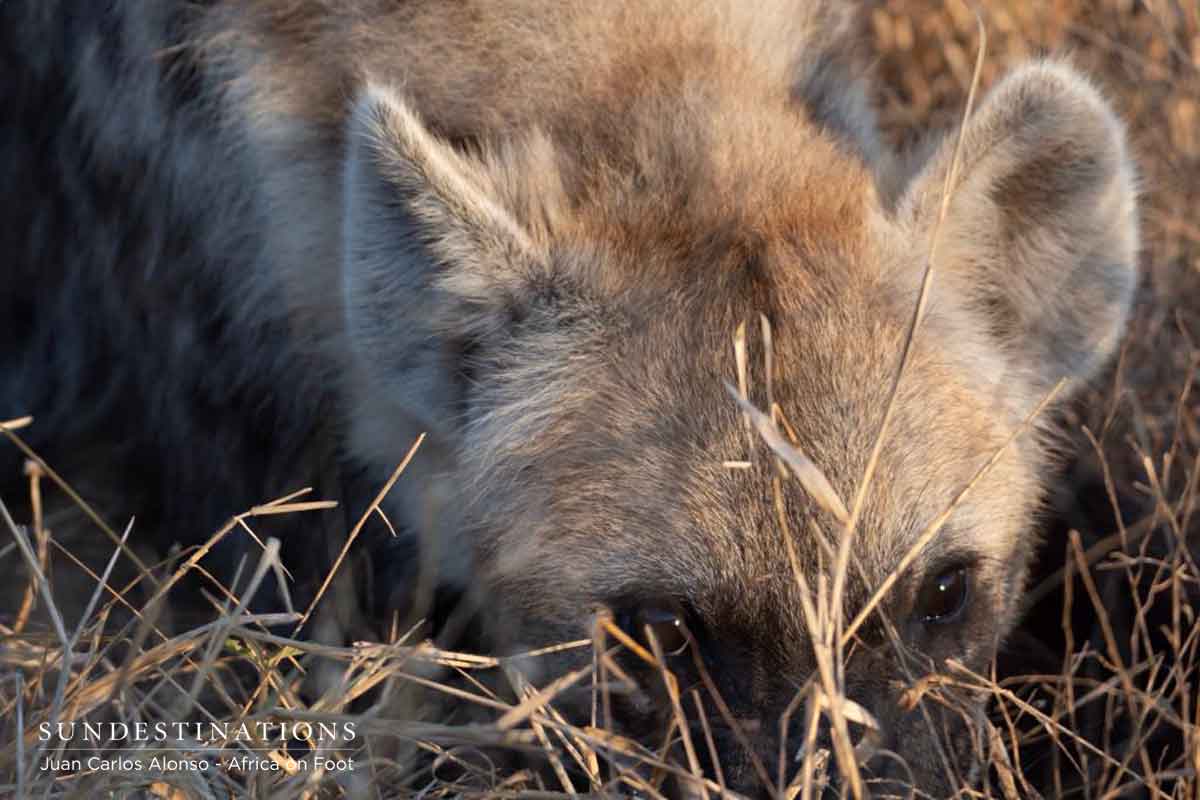