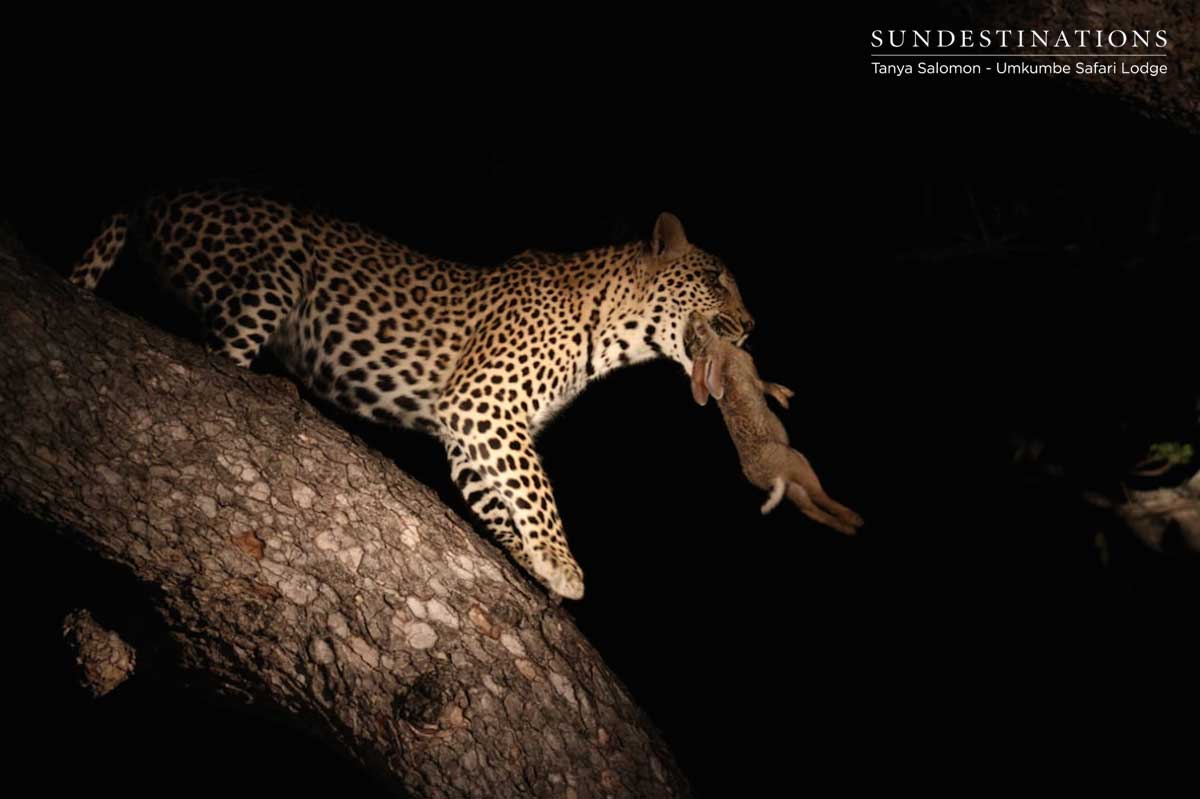 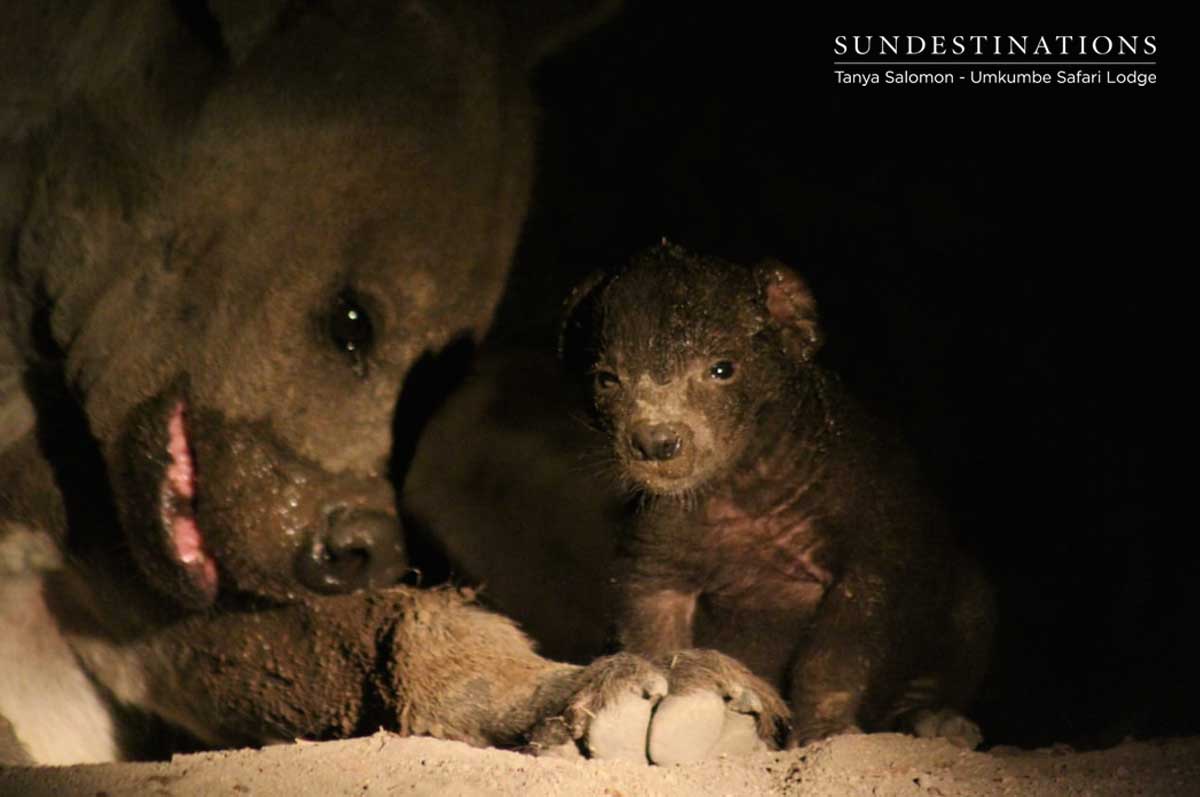 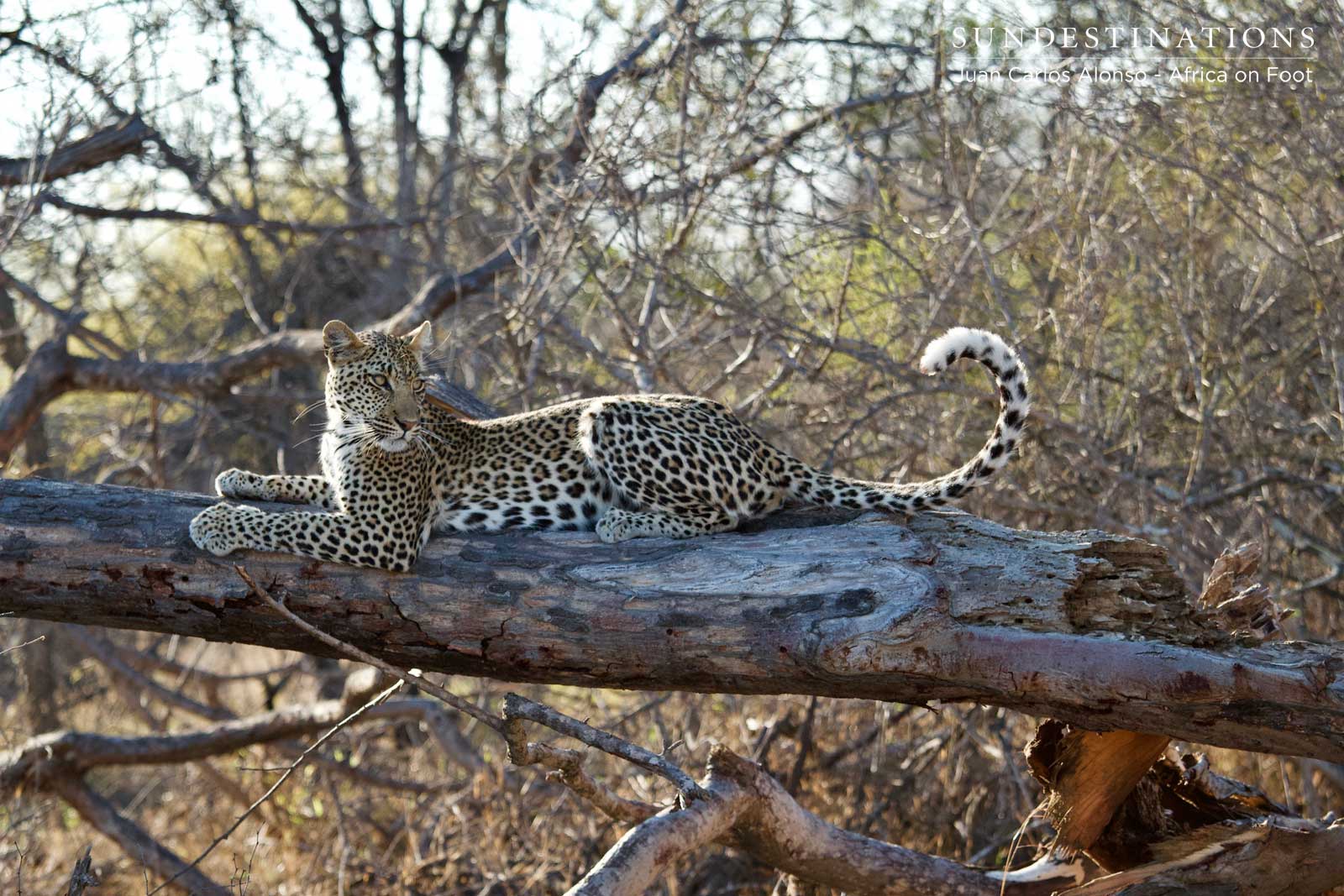 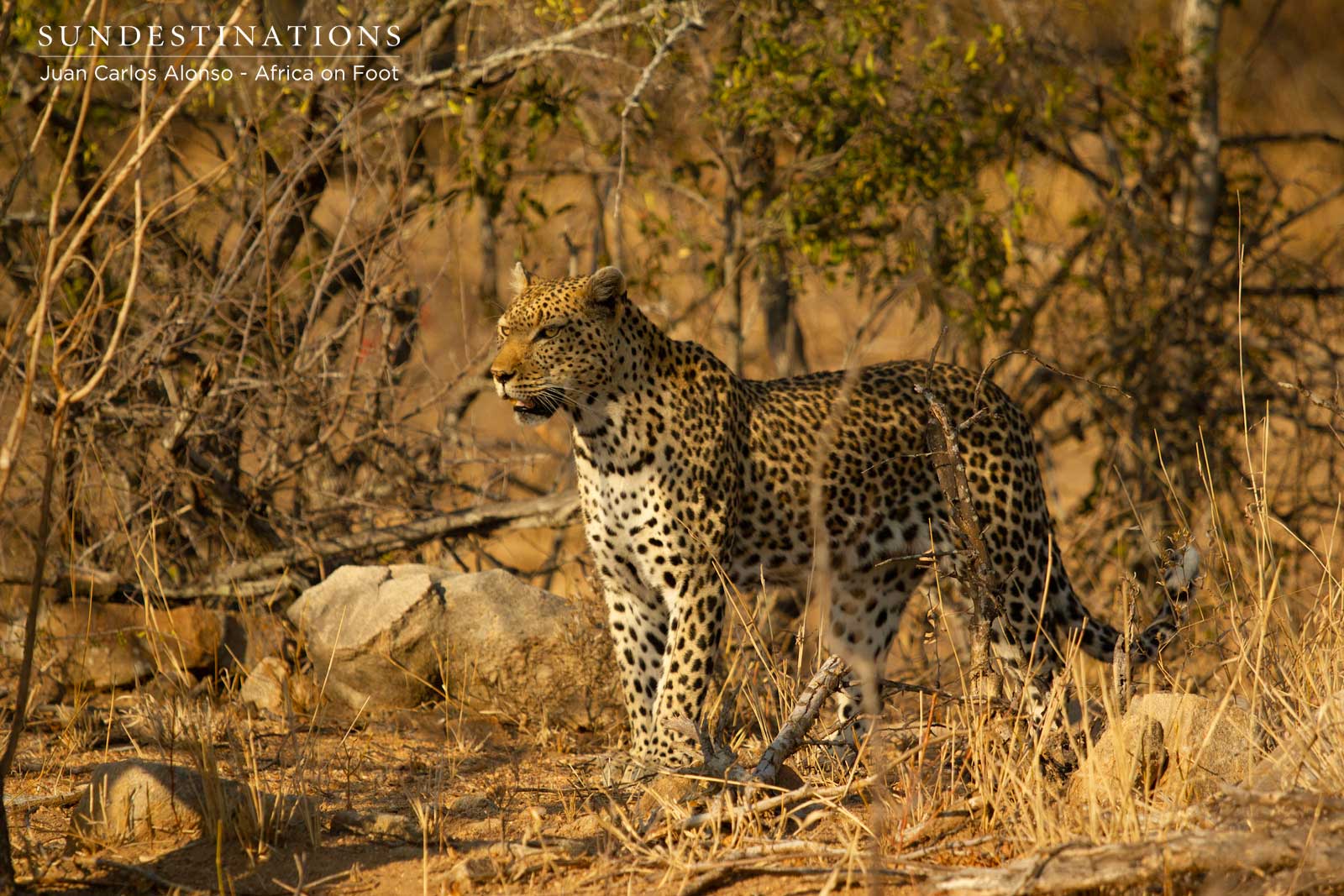 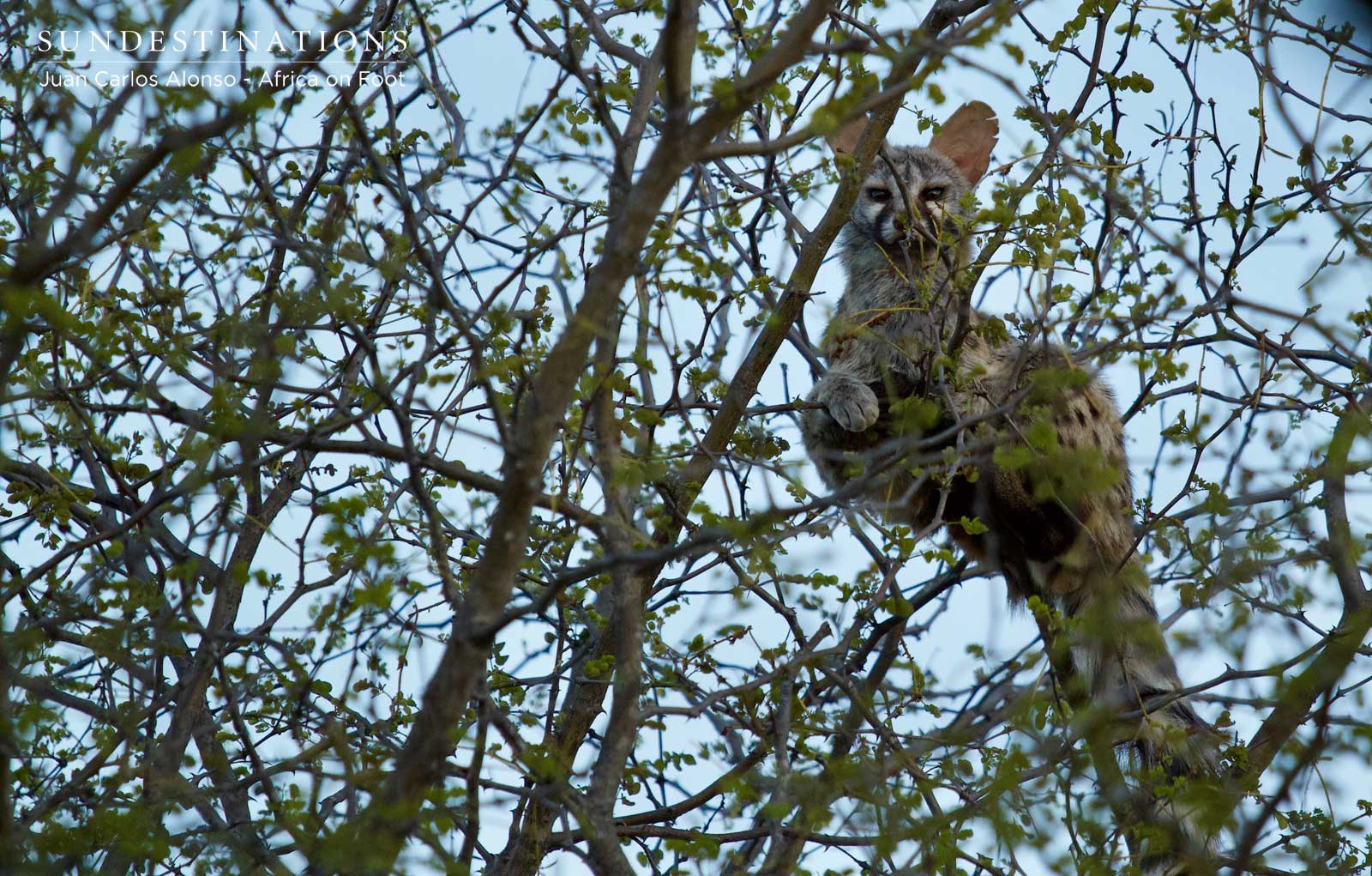 The Week in Pictures : Panthera Power

Summer is fast approaching and the arid landscape is shifting from crunchy browns to soft greens. Patches of rain have replenished the Kruger landscape and new life is emerging. There’s a heavy presence of calves, pups and cubs, which always warms the heart. Juicy shoots and leaves are sprouting forth, and the herbivores are delighting in the abundant greens. With the increase in plains game activity, and the presence of vulnerable young, it means that the predators are out in full force. This week it’s definitely power to the Panthera, given that there is such a marked increase in big cat sightings.

Our sister lodges in the Klaserie Private Nature Reserve have enjoyed a flood of both leopard and lion sightings. The unknown pride of lions were spotted in the area they tend to frequent, and the leopards are also making their presence known. The two candidates stealing the leopard show are Nyeleti and Cleo. Guests and guides have enjoyed regular sightings of these cats, and overall the cat sightings in the Klaserie are consistent. The highlight of the week was a rather unexpected sighting of a rare spring hare! One of the trackers from nThambo said he has never seen a spring hare in the Klaserie. A rewarding sighting ! 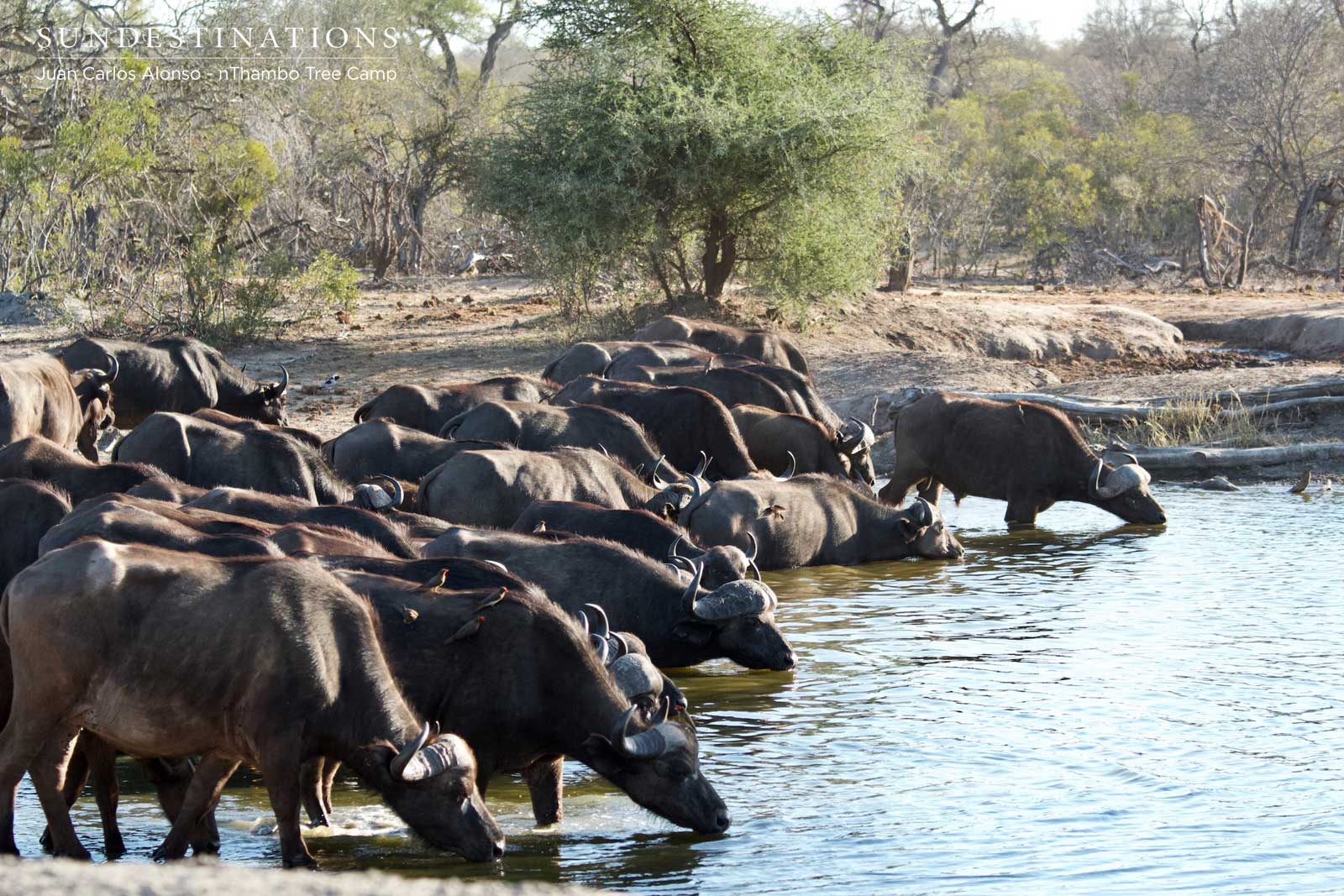 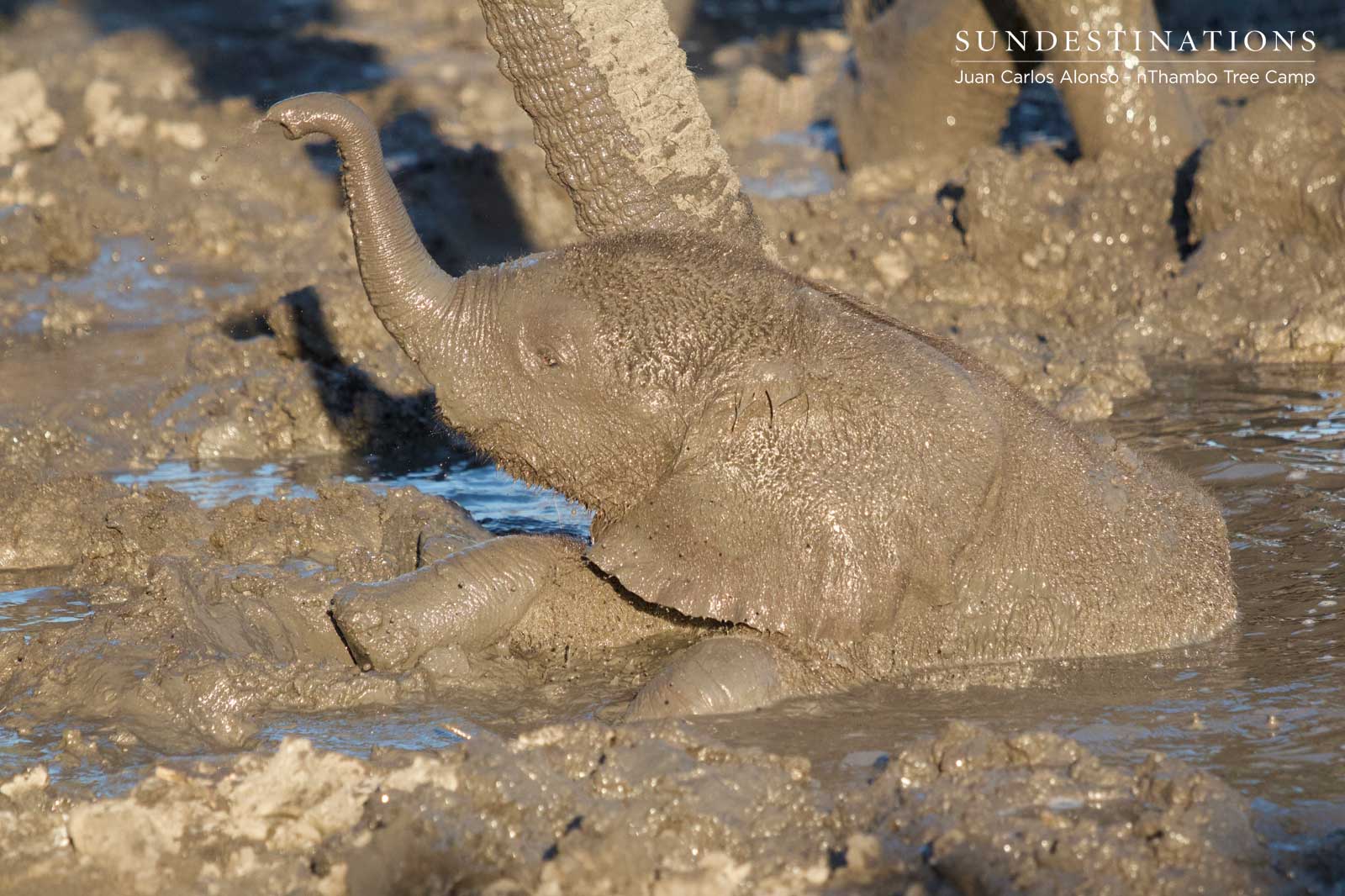 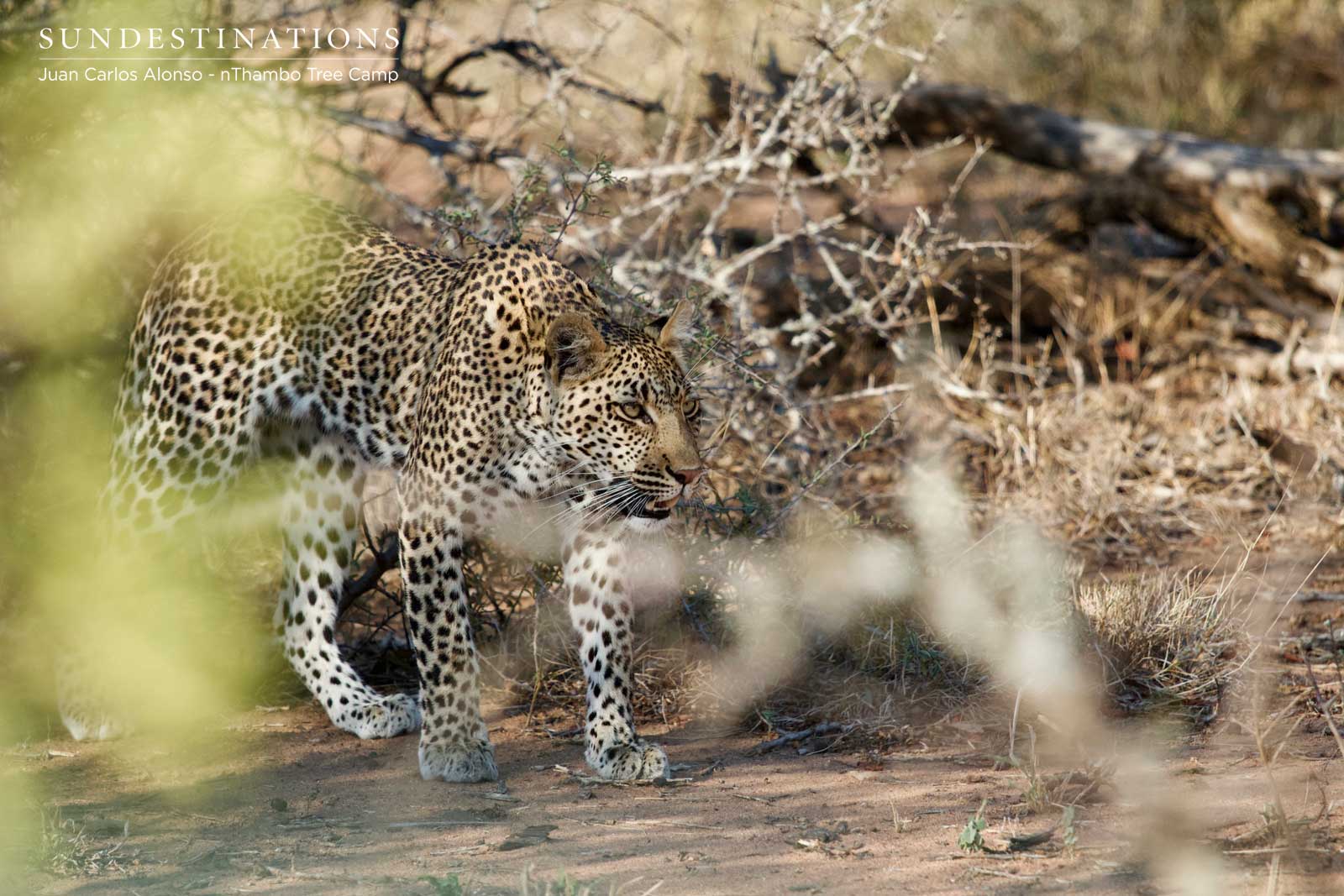 The Sabi Sand crew have enjoyed a few heartwarming moments with the wild creatures of the Sabi Sand Wildtuin. The highlight (no, it’s not about leopards) from this past week was witnessing the birth of a litter of hyena cubs! Guide Tanya was there with her camera and managed to furnish us with a few images. So rewarding stumbling across a hyena den site! Tanya also managed to find Tatowa’s cub in a tree with a rather small kill – a little scrub hare. Leopards are opportunistic and will pounce on anything from smalll to medium size mammals. 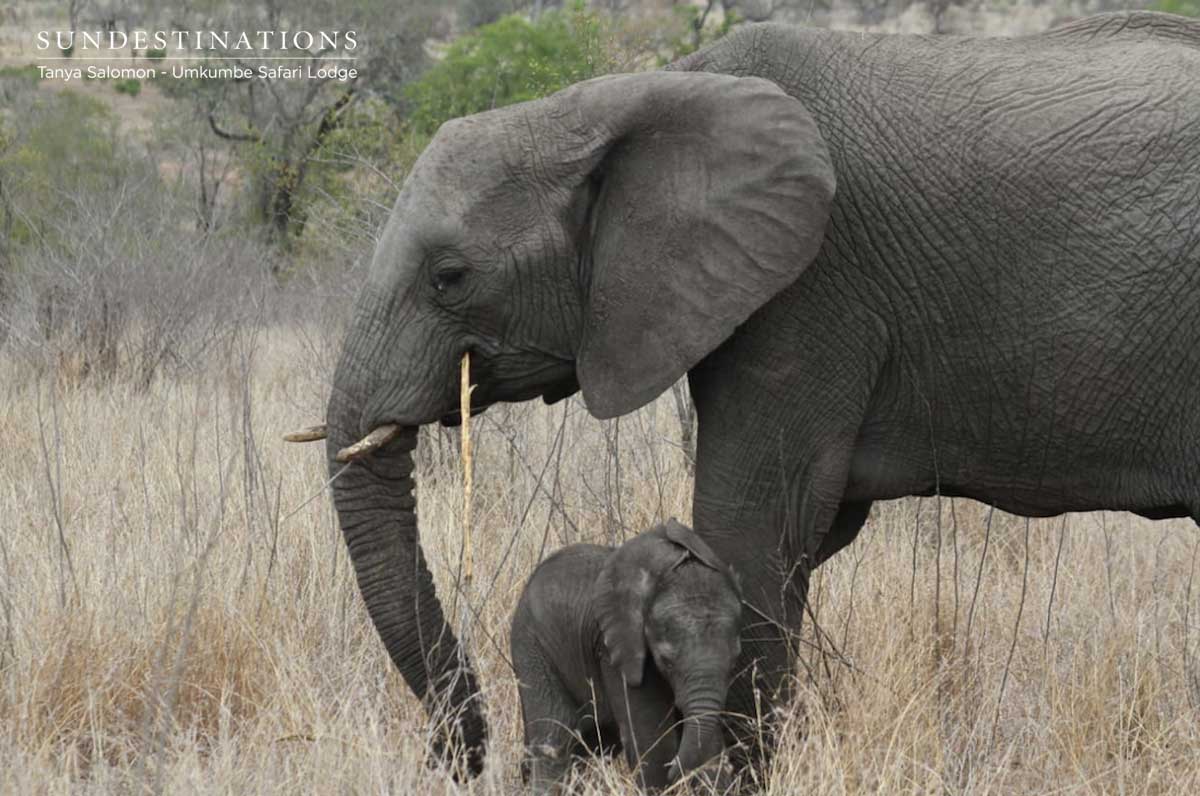 Over the past few weeks Chacma has enjoyed a flurry of lion sightings, with sightings of the Maseke cubs. Last night proved to be a huge highlight for both guests and guides. It was one of those lazy and languid evenings where guests didn’t even need to leave camp to spot lions. While enjoying a dinner on the balcony, two lionesses casually strolled past the waterhole in front of camp.

Needless to say, it made for incredible evening entertainment. One of the burly Maseke males was also hiding out in the thickets in front of camp. Our videographer, Rogan, happened to be at Chacma and filmed this lion king of Chacma. He says he was filming the Maseke male lion from the patio, and the next thing the lionesses appeared right at camp. He said, ” We actually thought that the big boy was going to stroll up the driveway at one point”.

Another highlight from the week was the presence of the African wild dogs. A fantastic week for predator sightings in the Maseke Game Reserve.

Ezulwini Game Lodges enjoy consistent sightings of big game and predators. Guests at Ezulwini have enjoyed prolific sightings of lions, and the elephant sightings are always rewarding. There are abundant “jumbo” sightings around the Ezulwini traverse, and they will spend hours feasting on edible greens. 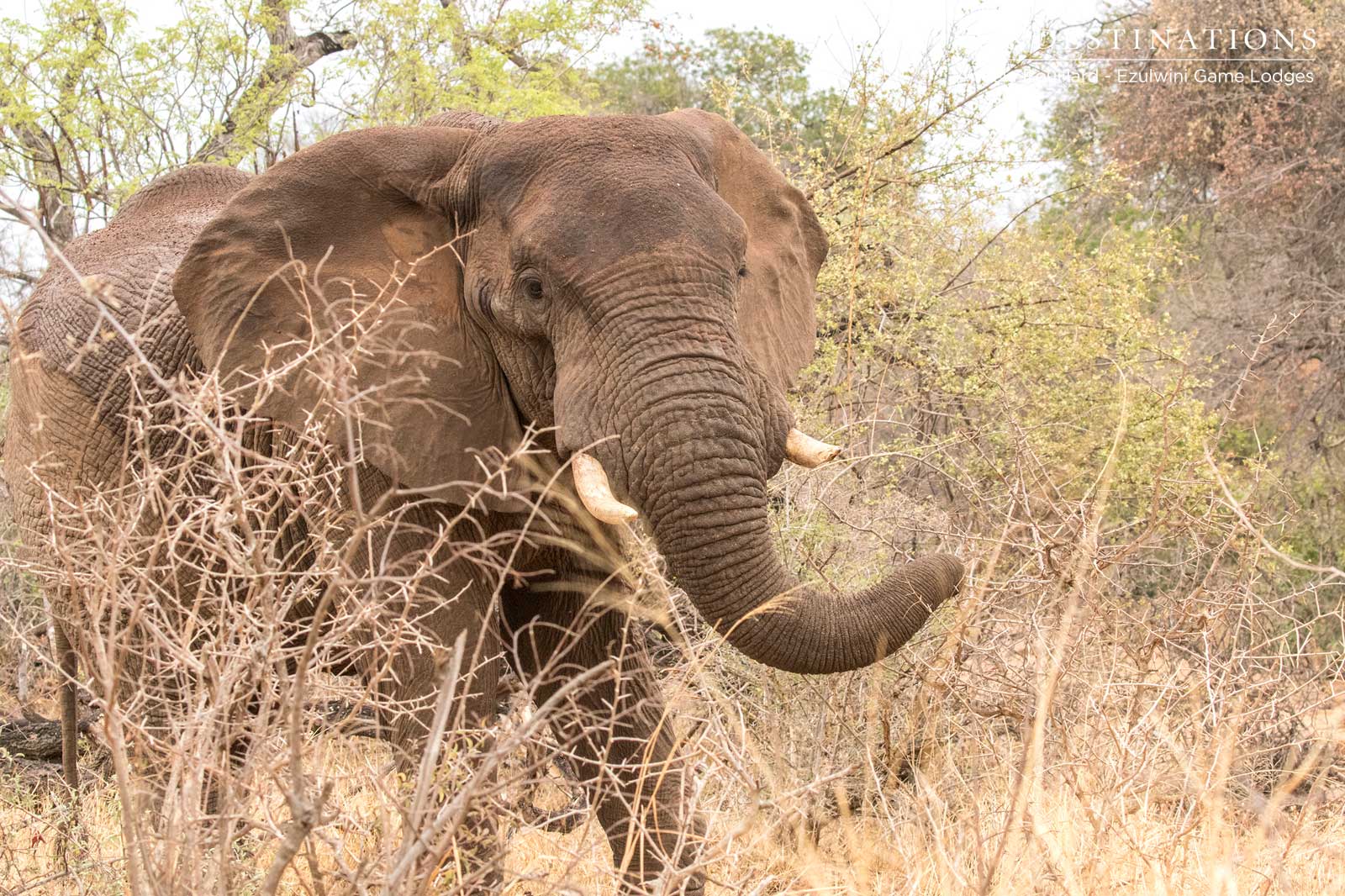 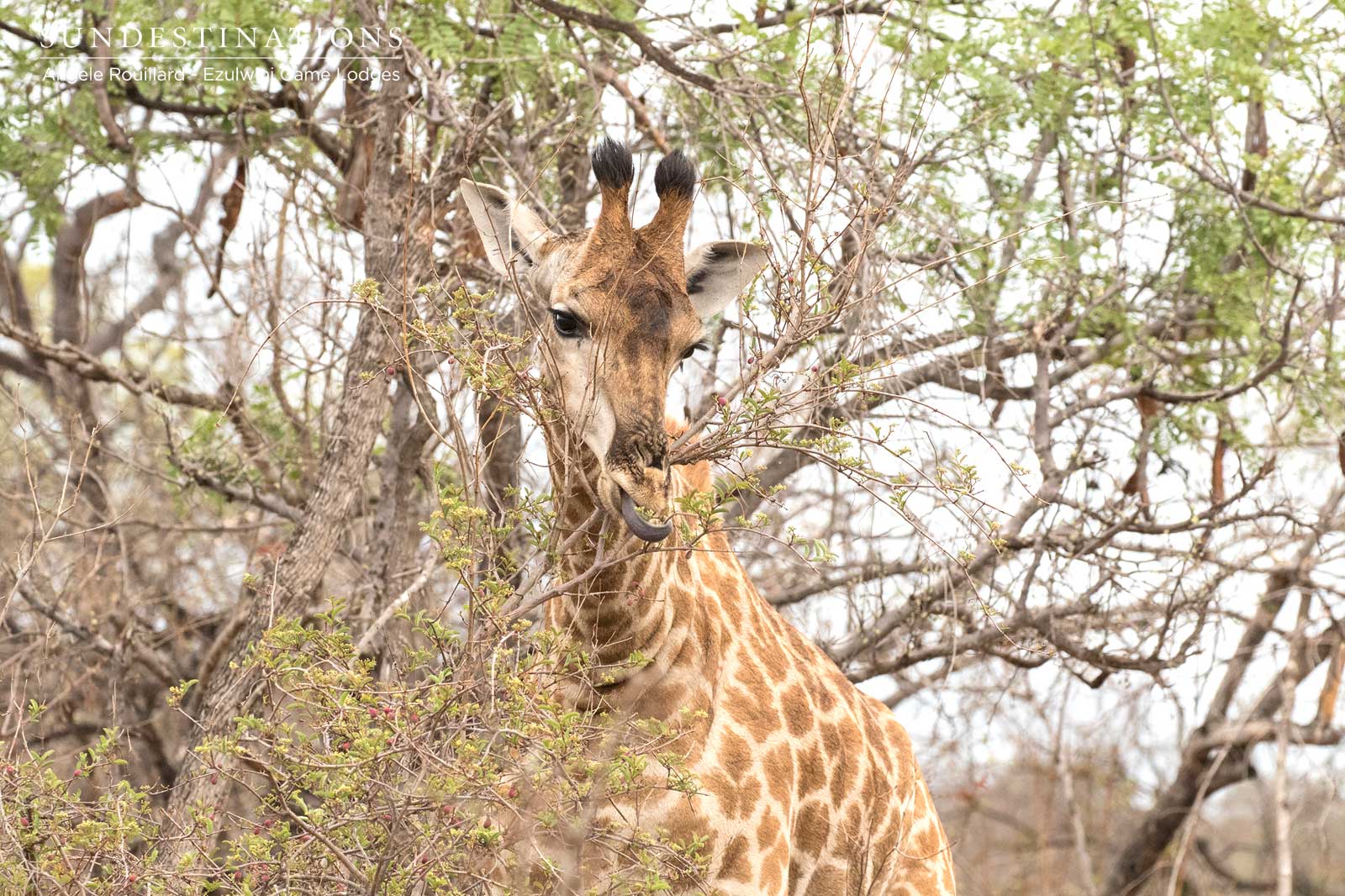 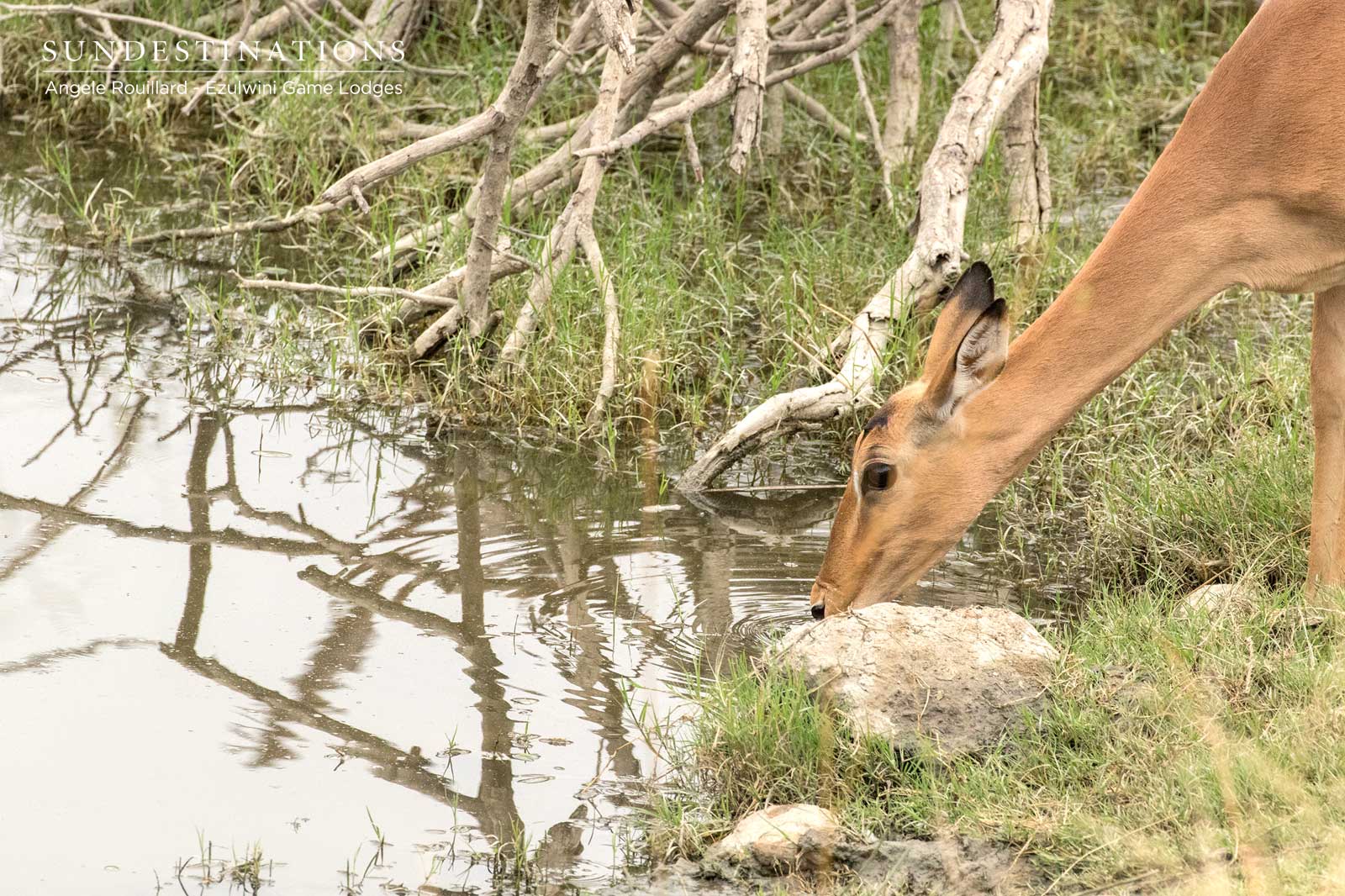