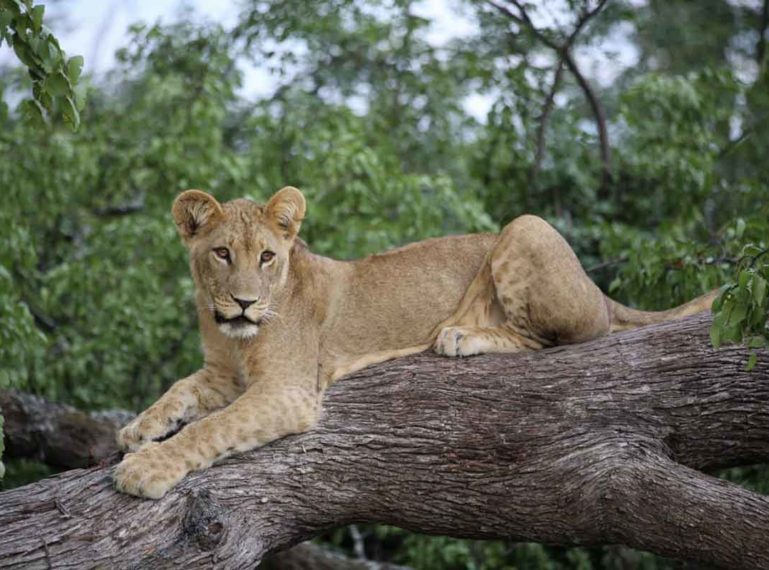 A Chobe Lion Pride, called the Mababe Pride, has claimed territory in the southern stretches of the Chobe, and they’re well-known for their marauding antics within the NG41 private concession, which is approximately 6 kilometres from Mankwe Tented Retreat. This strong pride is the largest local pride in the Khwai and surrounding area, providing eager safari-goers with regular sightings for their predator logbook. Recently, camp manager Yolande spotted the Mababe Chobe Lion Pride around a local waterhole, seemingly relaxed and playful in their environment.

Lions traverse wide territories that spill across a multitude of reserves and concessions. Lone males and coalitions of brothers strut around in search of prides to dominate, and cover a far wider distribution than their female counterparts. Lionesses tend to claim smaller territories that are rich with prey sources and potential den sites. 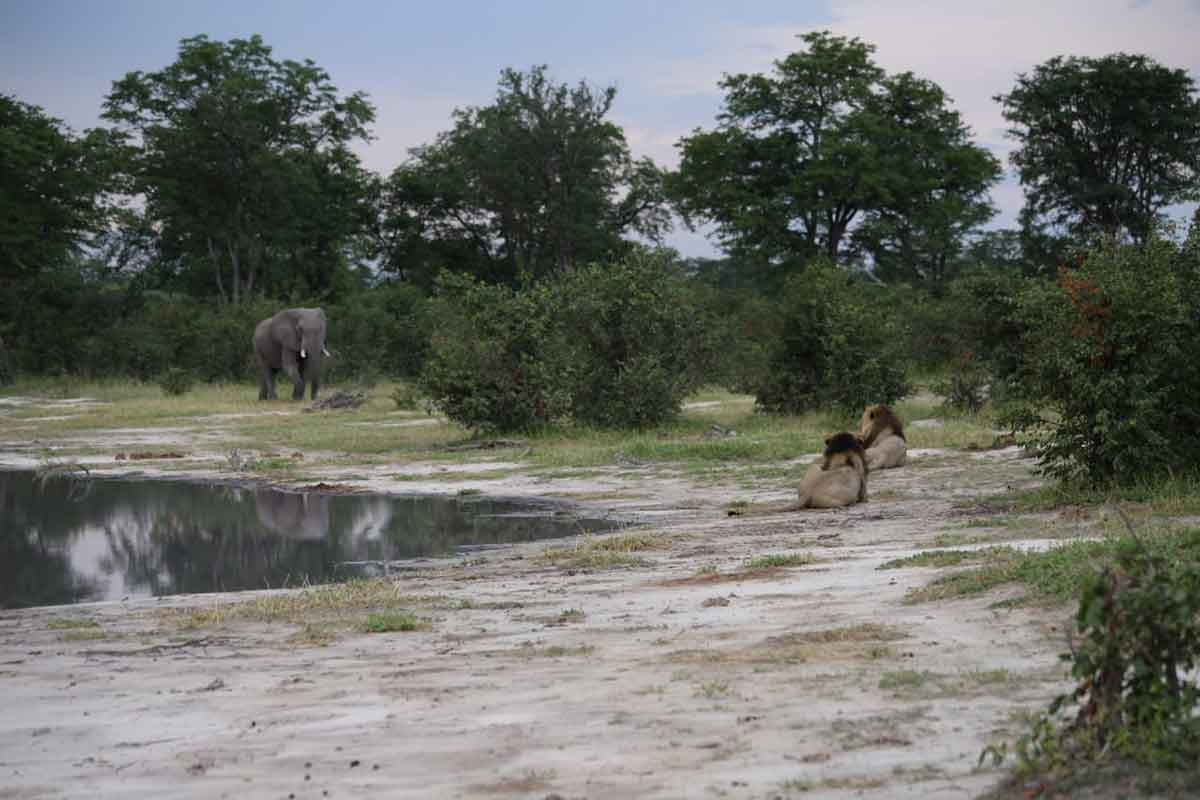 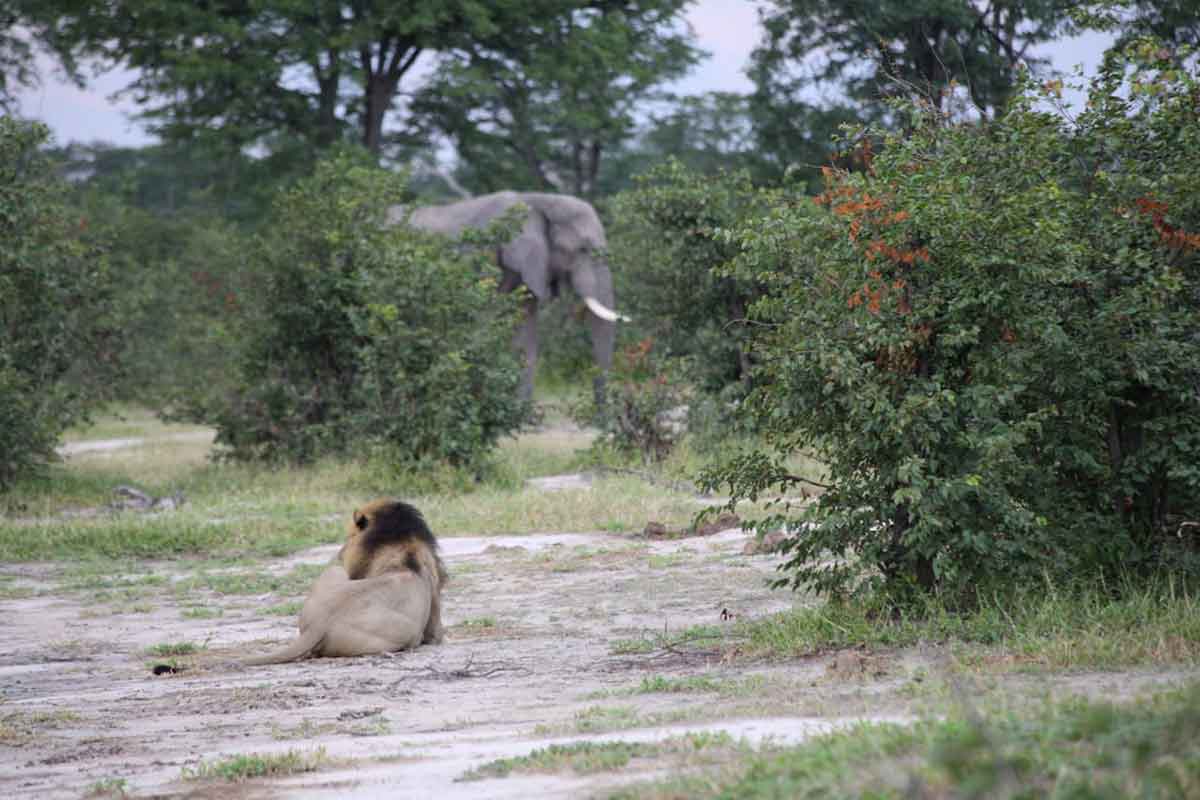 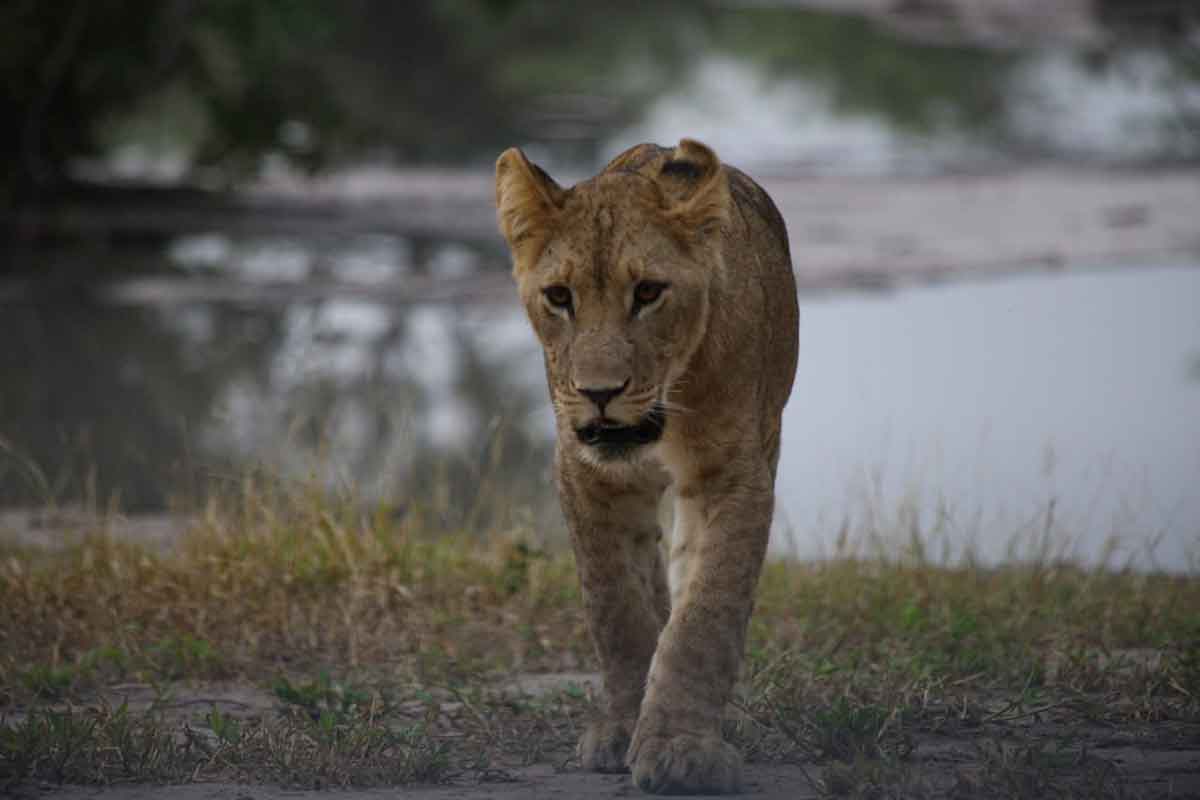 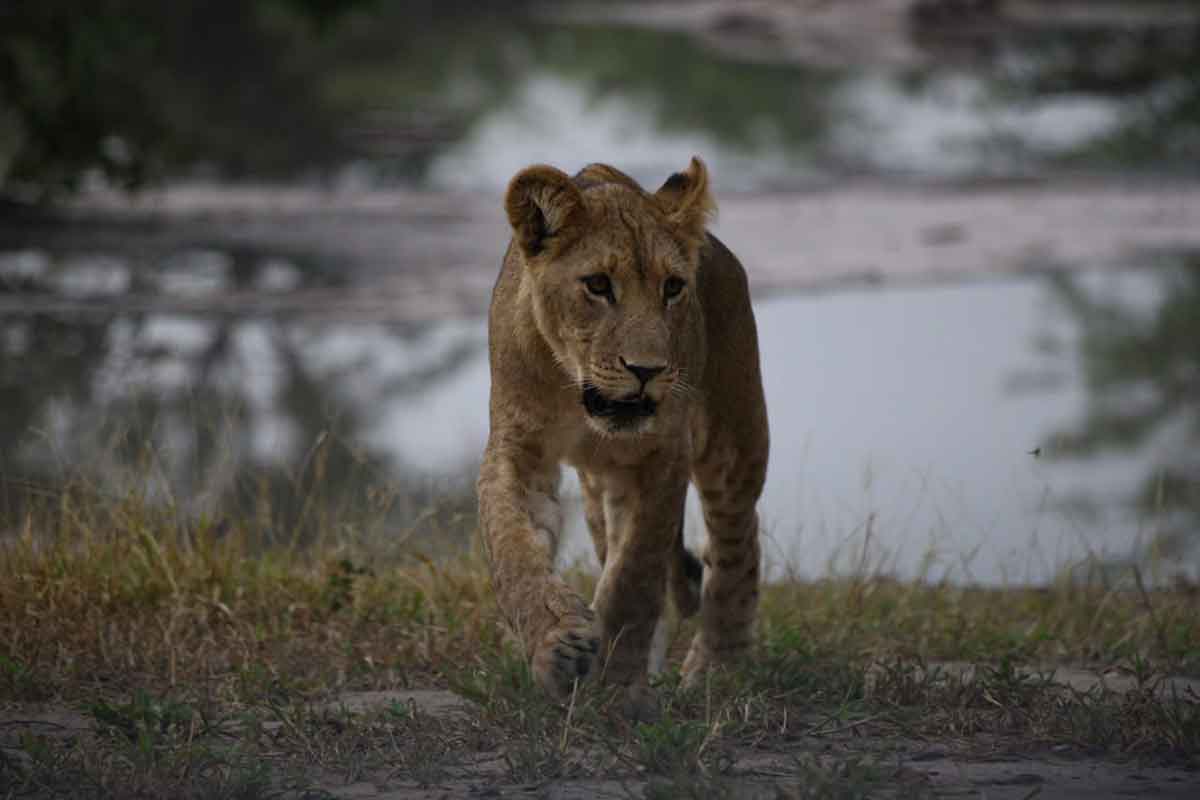 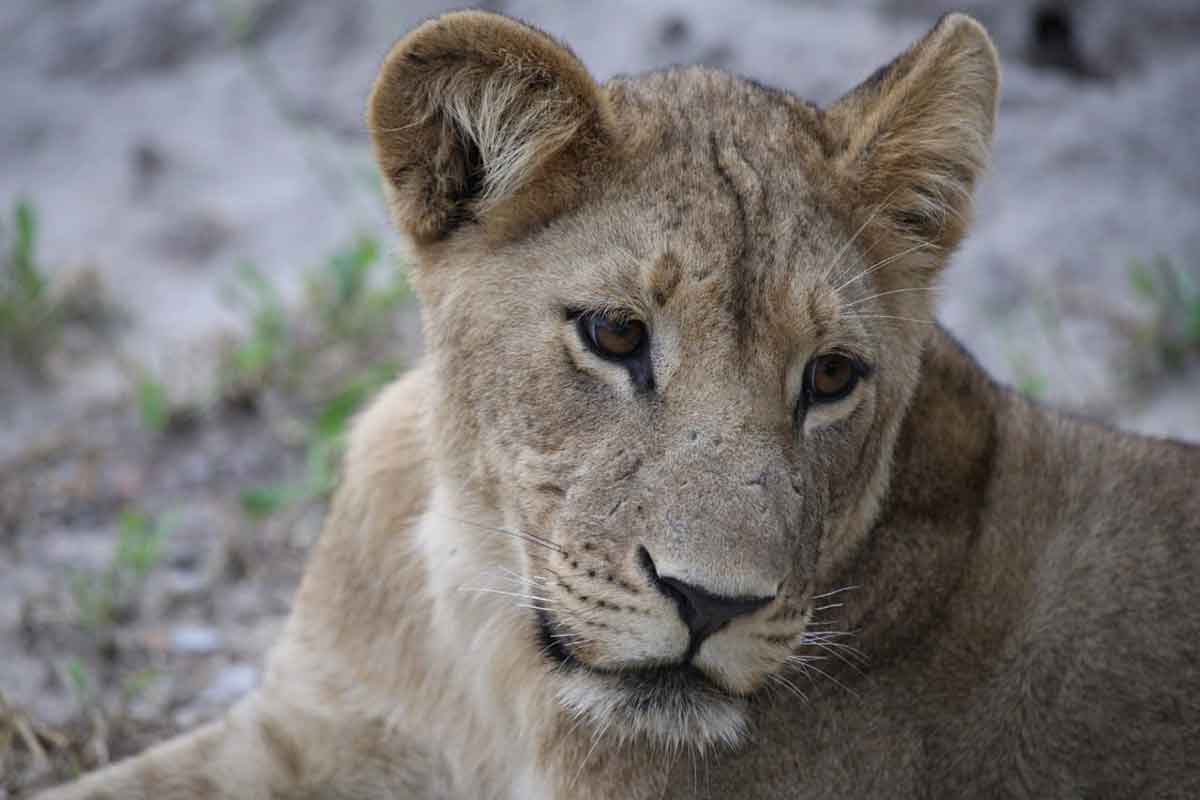 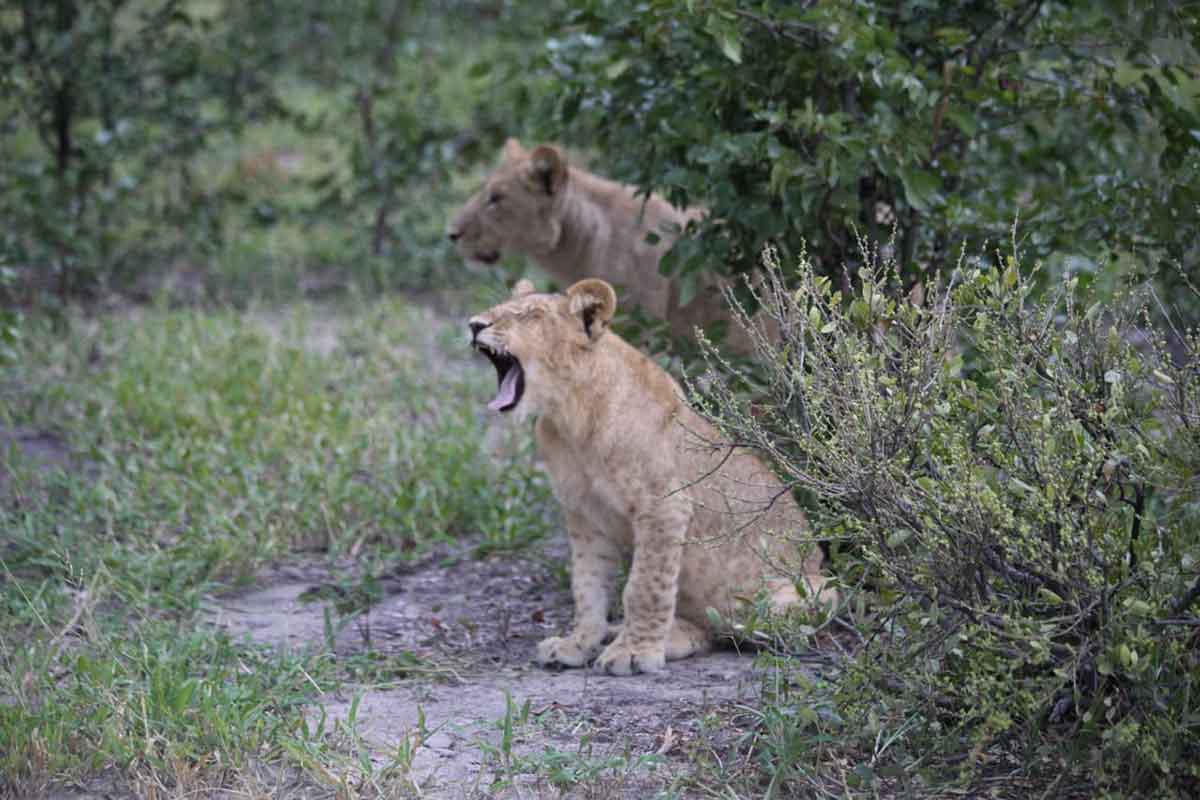 This strong and healthy Chobe lion pride was spotted rolling around on the “beach” area around a waterhole. The entire pride seemed quite habituated to the presence of the vehicle, and completely non-plussed. In this particular sighting, the burgeoning lion cubs decided to approach the wheels of the vehicle to investigate.

The lion cubs were investigating, sniffing, and flopping around the vehicle. In the shrubbery around the waterhole, the mother lioness appeared to be on edge. With her guttural cough, she was contact calling her cubs who weren’t heeding to her calling. There was a lot going on around the waterhole!

Yolande also mentioned that there were two males with the pride who’d recently made a buffalo kill. The pride was probably still in relaxation mode after their hefty feast. Mankwe Tented Retreat’s traverse has access to some of the prime predator viewing spots along the Khwai Riverfront. 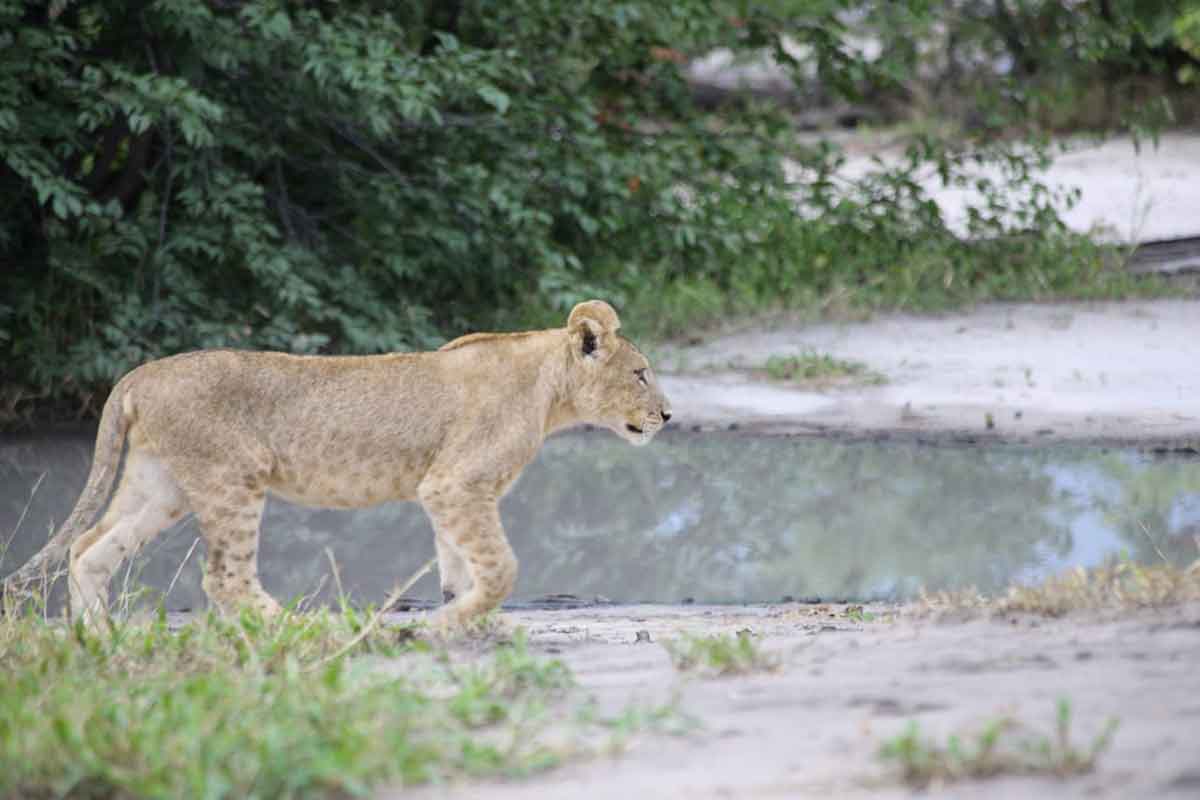 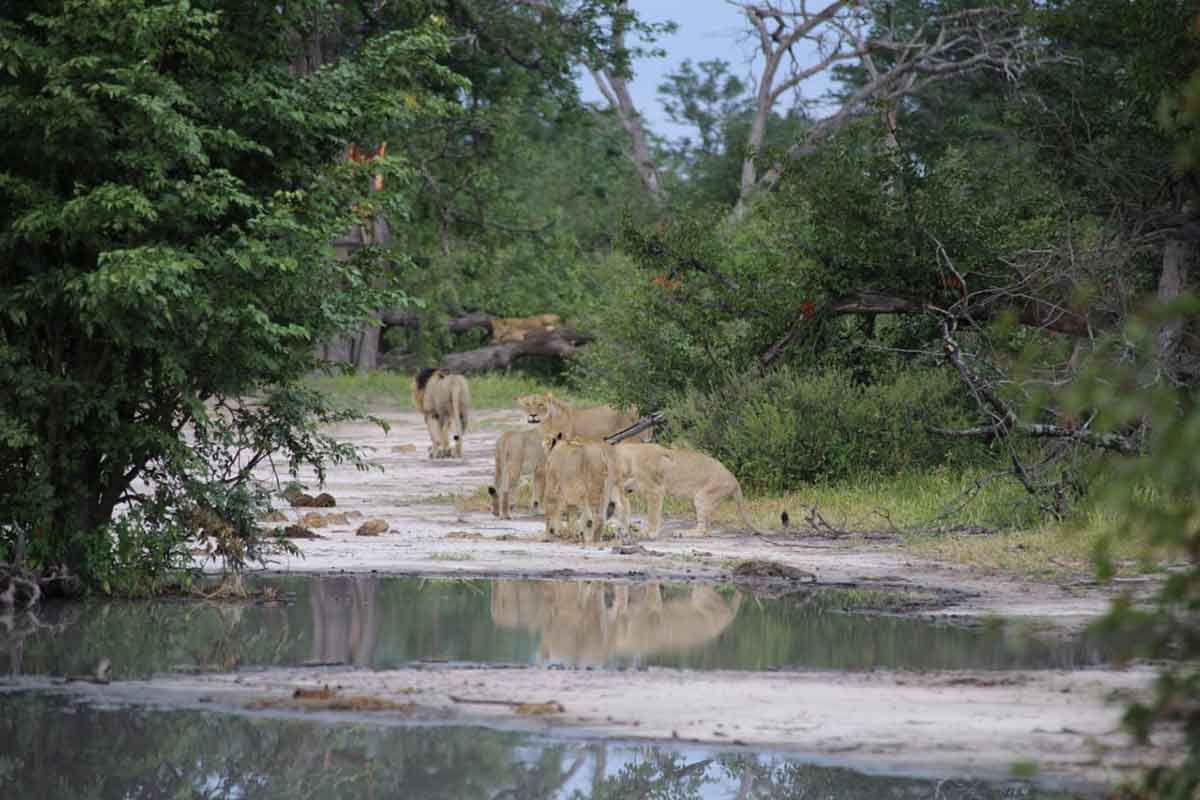 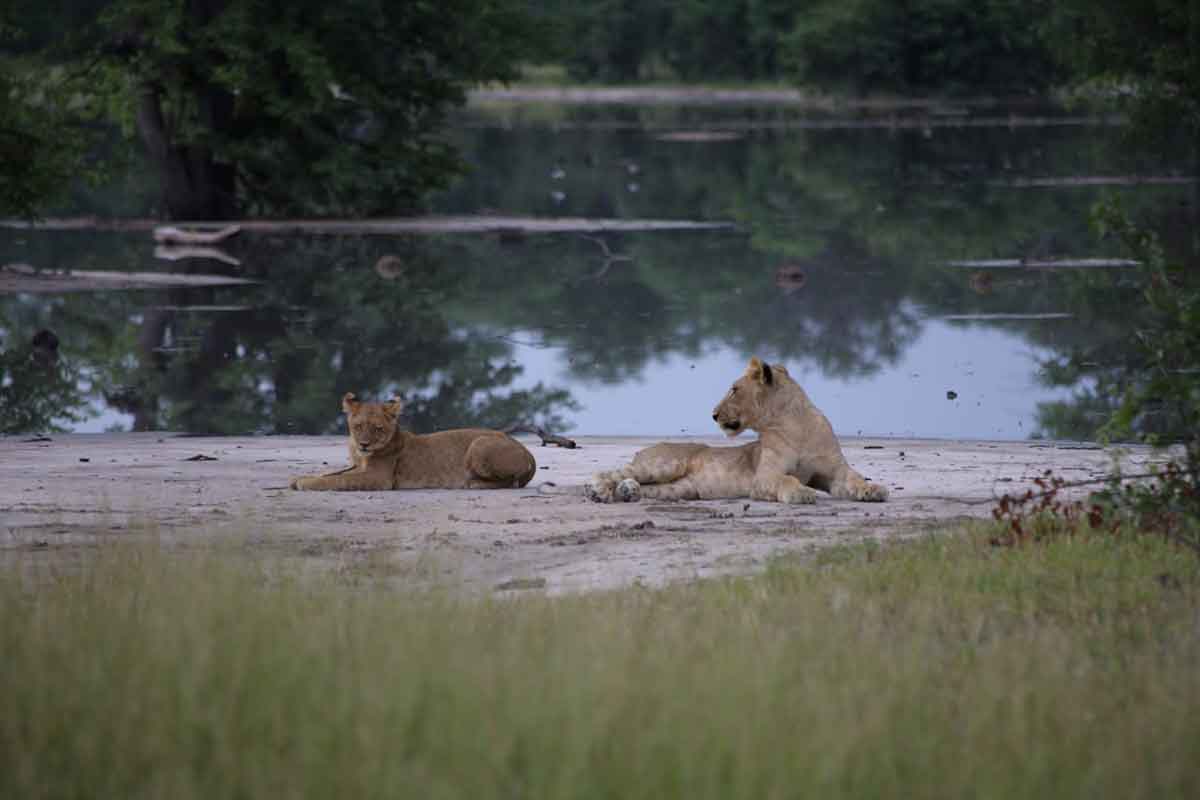 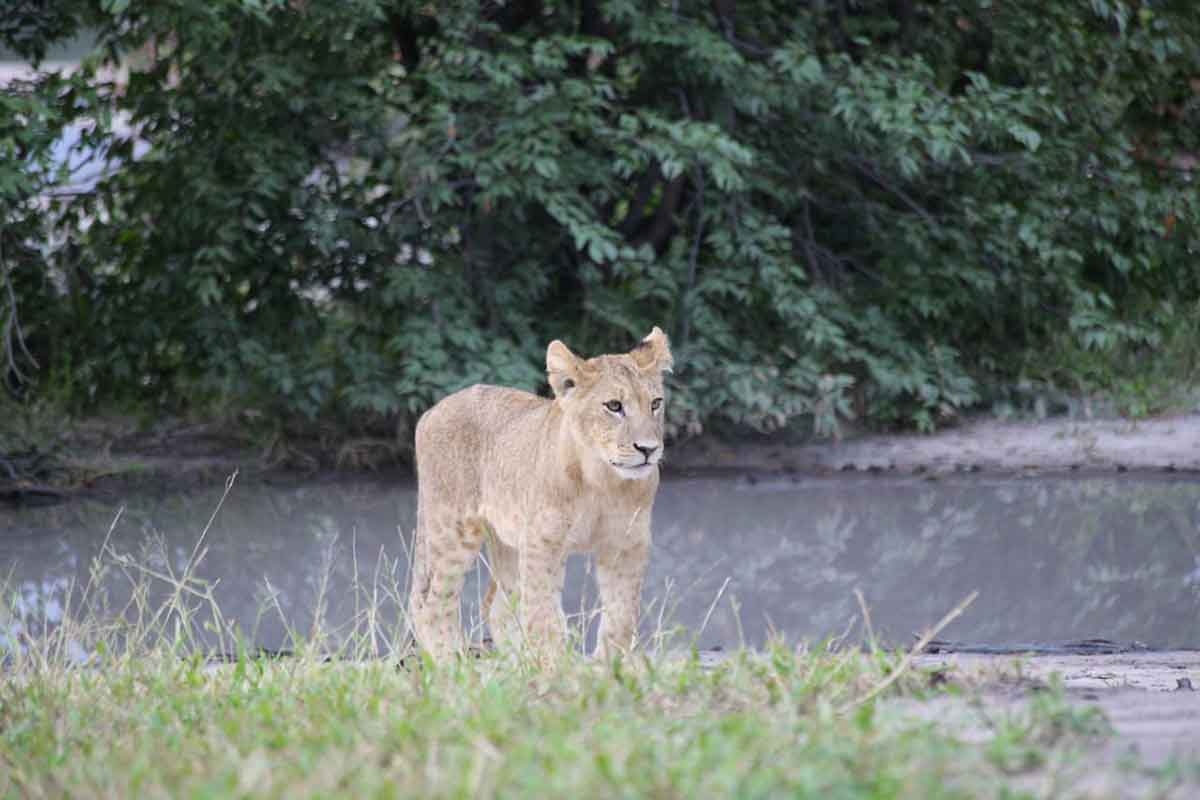 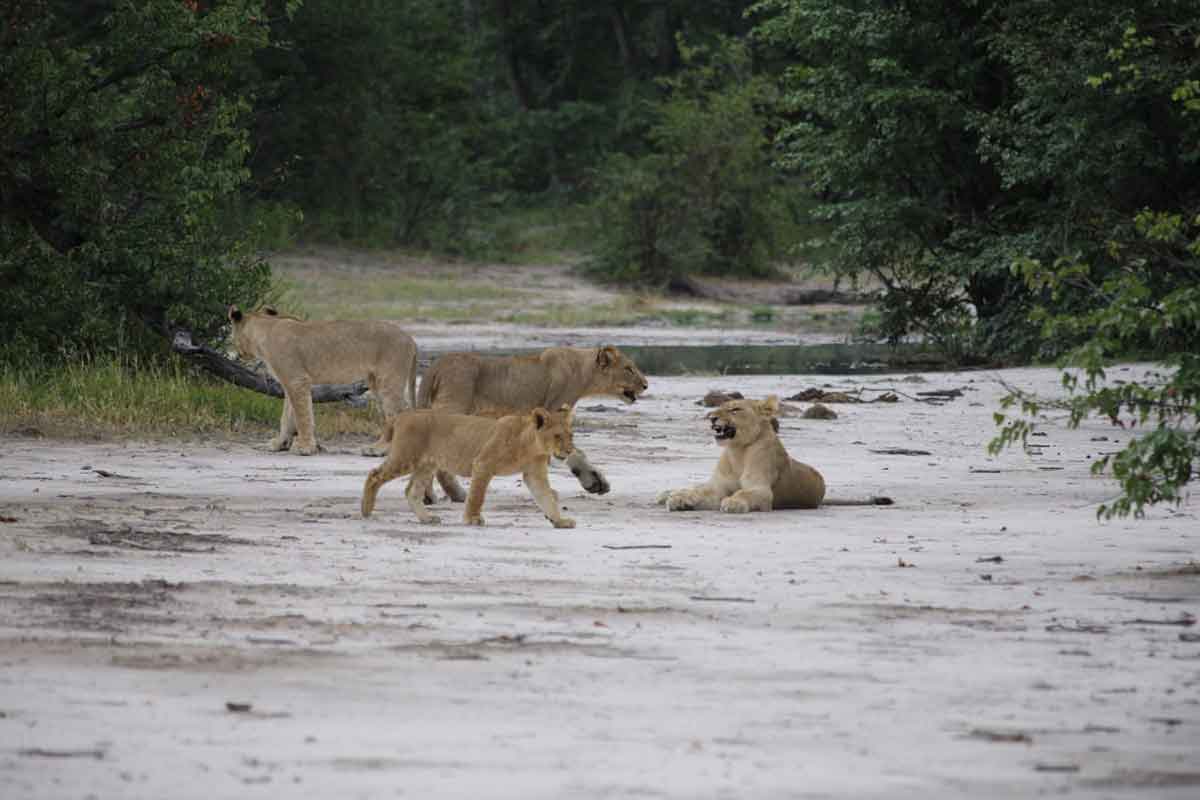 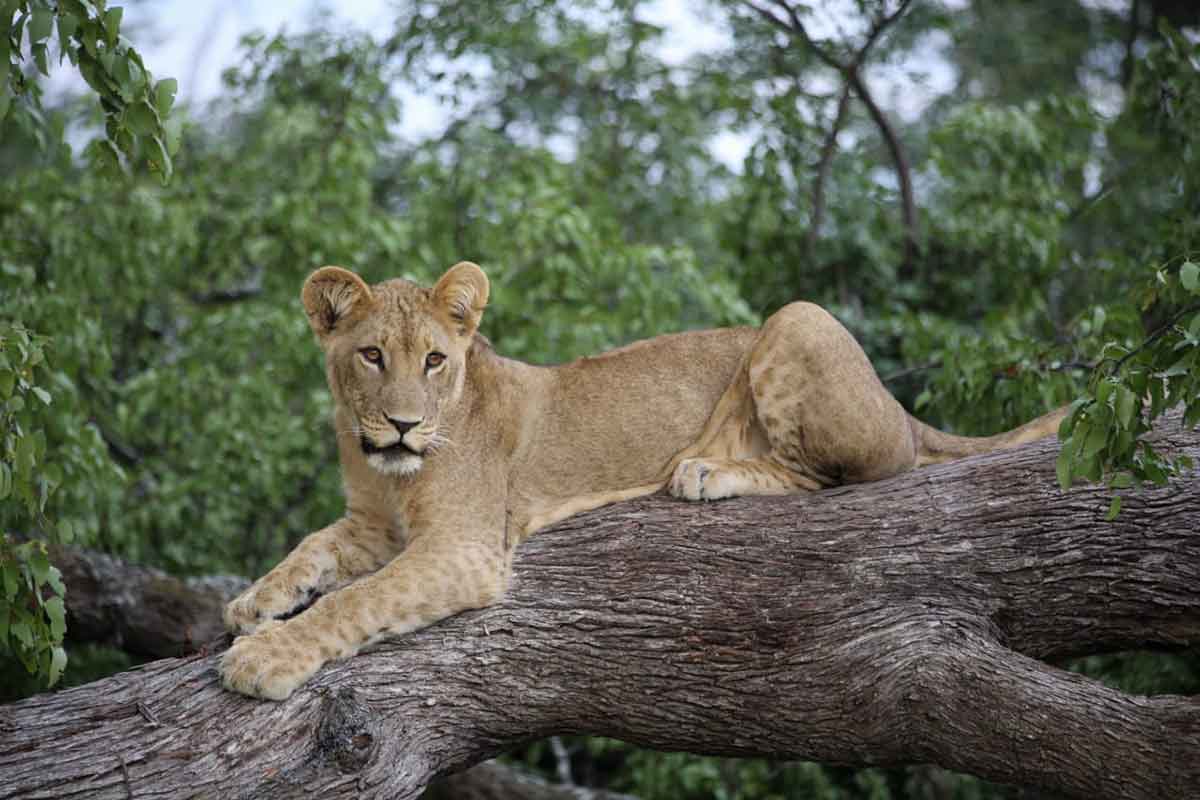 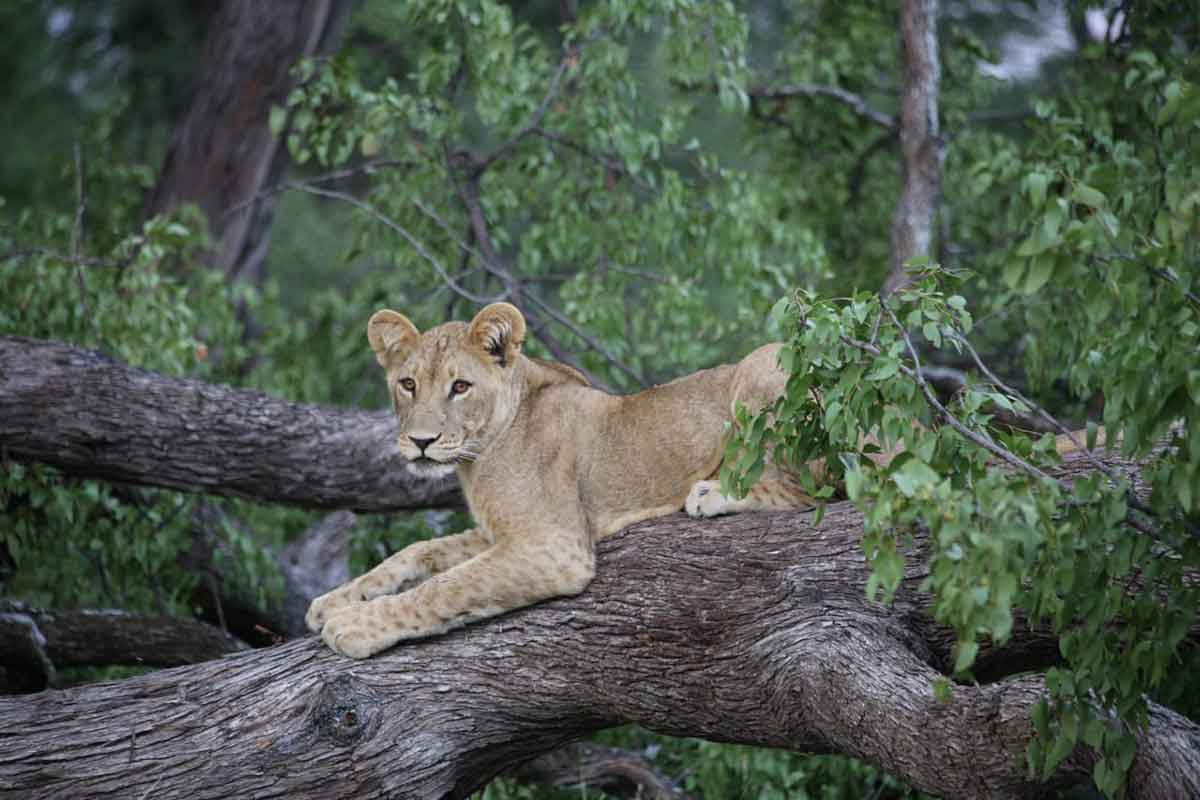 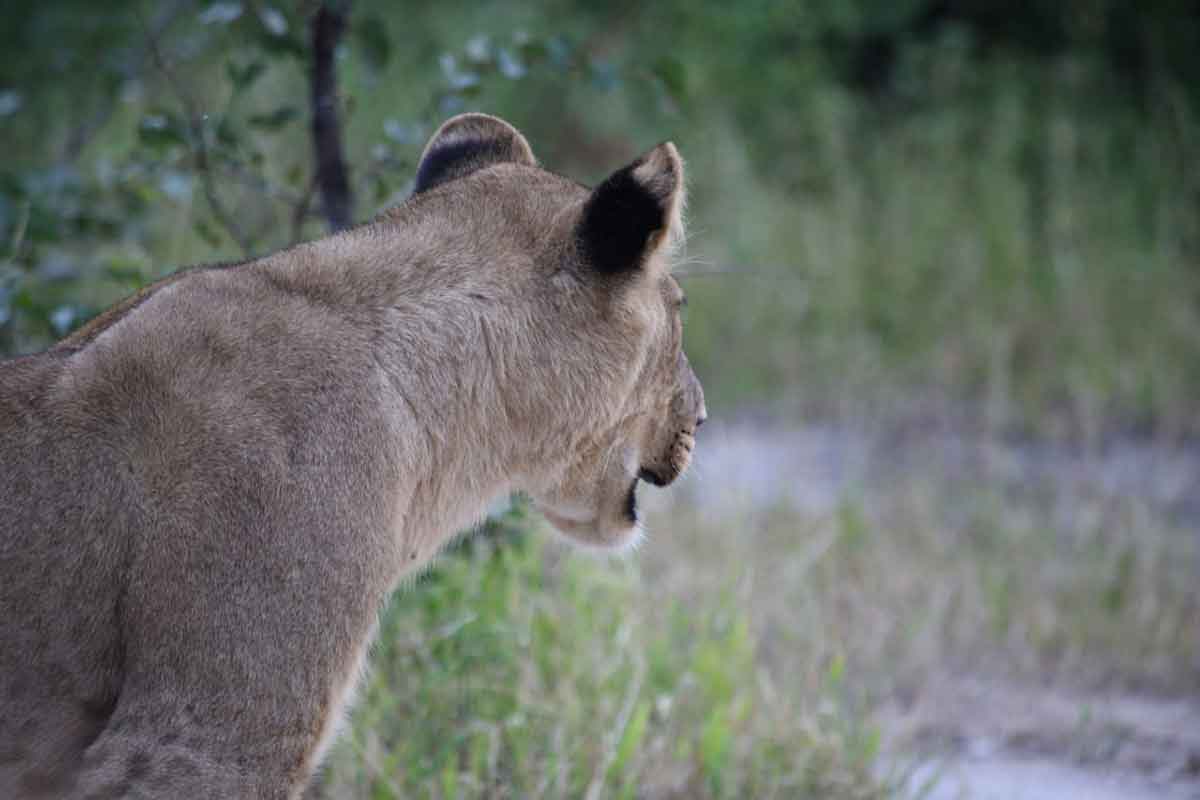 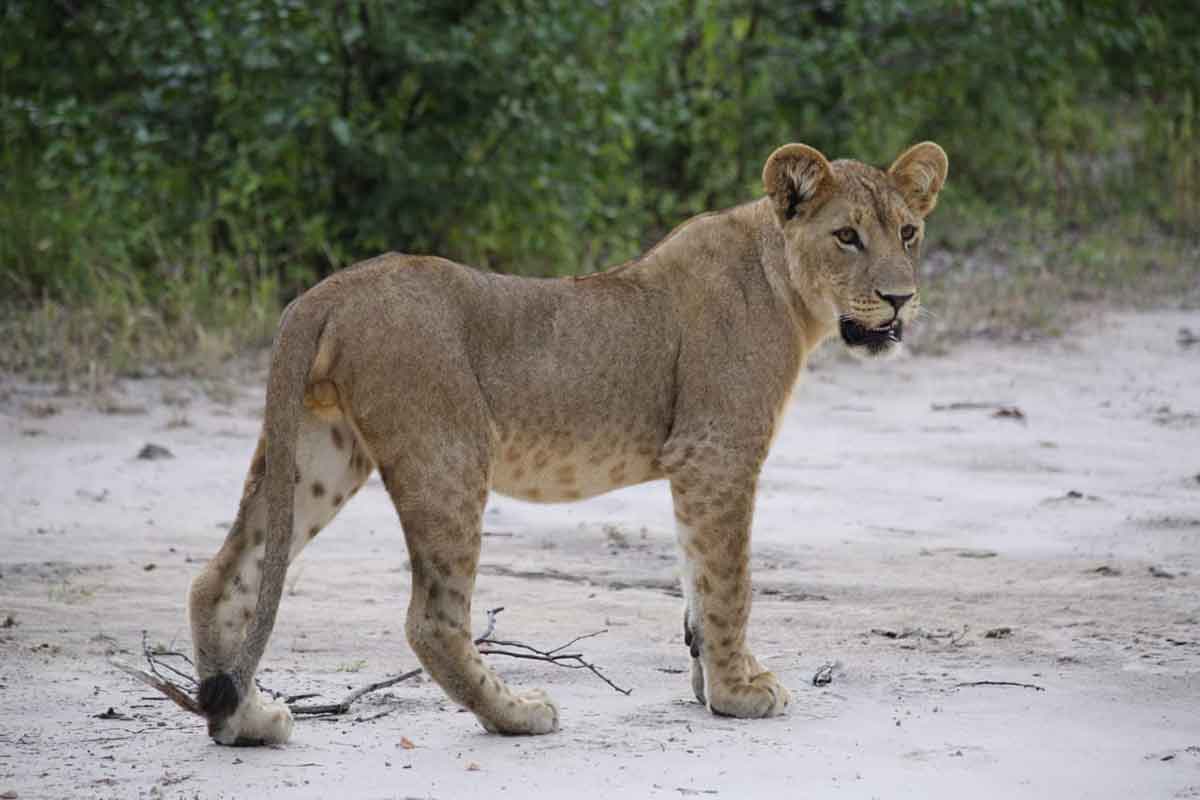 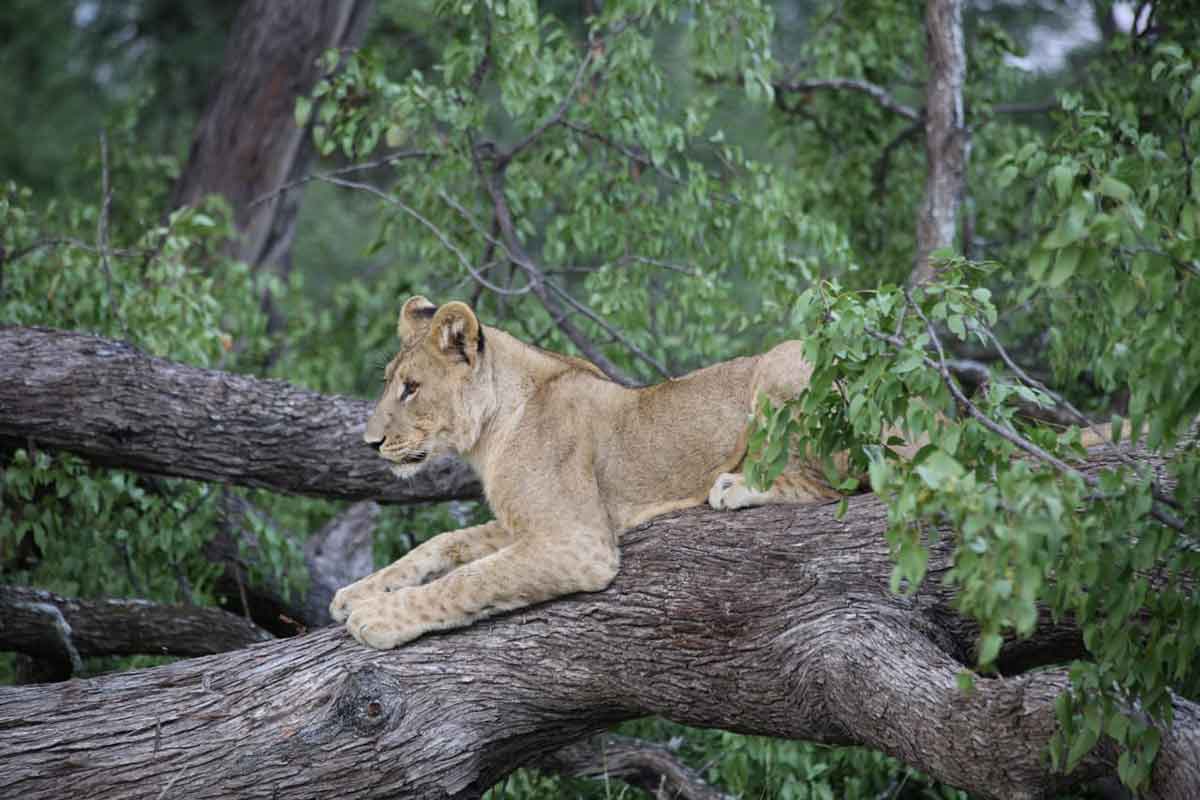 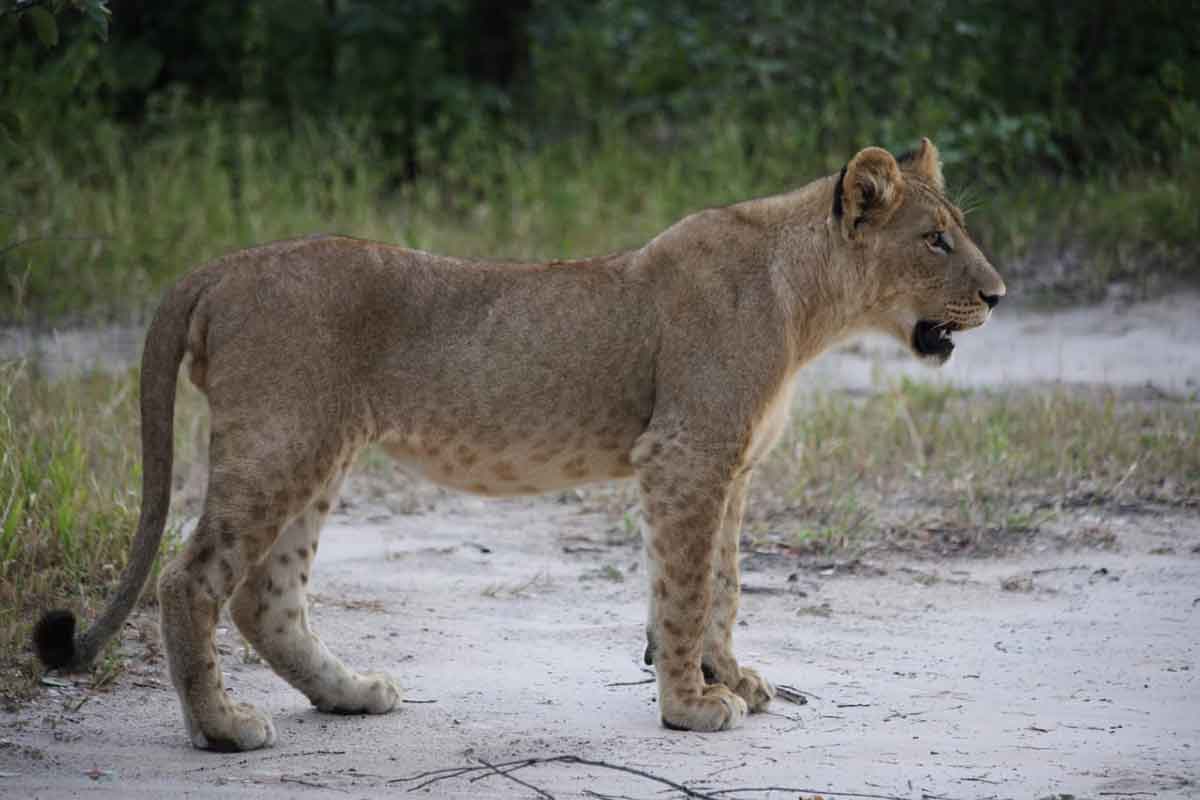