How the Big Cats of the Balule Take Down Prey 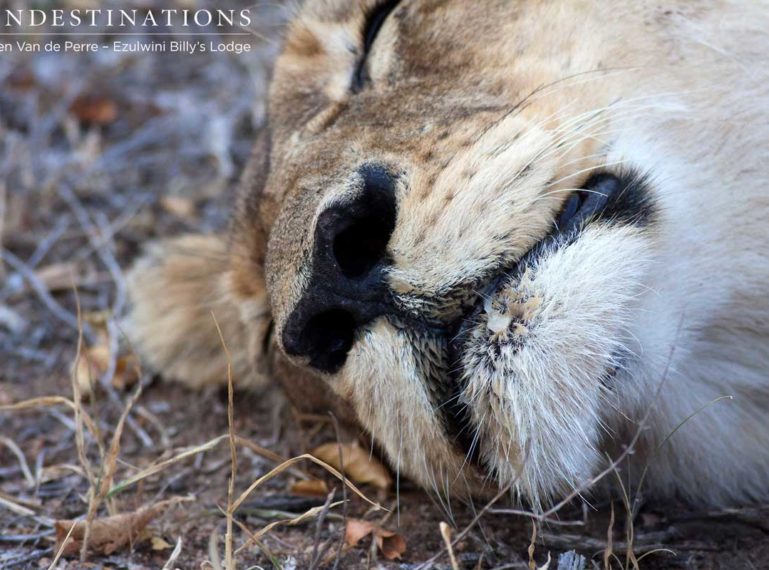 Just recently we’ve seen our fair share of big cats in the Balule. There’ve been cheetah sightings outside of Ezulwini Billy’s Lodge, sightings of leopards mating and lions doing what they do best – nothing! Let’s look at how the various big cats seen in the Balule take down their prey.

How Lions Kill Their Prey:

Lions spend time stalking their prey before they ambush. Lionesses do the majority of the hunting but when it comes to feasting, the males dine first. During the take down, males hang back while the females do the work. They’re nocturnal hunters and if they miss the kill the first time, they’ll abandon the chase. Lions are tactical hunters which assume certain positions (like on a football field) just before the take down happens. Lions form similar hunting patterns and they have stalking roles; left, centre & right wing positions.

When potential prey is spotted a single lion looks at it, which is a non-verbal cue that the rest of the pack to take their positions and fan out. They encircle the prey and launch the attack from their position. Lions will eat until they cannot move and will head to the closest waterhole to replenish their thirst. After devouring a meal they will spend ages lying around and snoozing. How Cheetah Kill Their Prey:

Cheetah tend to conduct their hunts at first light or late in the evening and they’re solitary hunters, but have been spotted hunting in coalitions of 2 or 3 cats. They have very poor eyesight which means they need a fraction of light to conduct their kills. Lions and other super-predators are nocturnal hunters, which means there’s less competition for cheetahs. Cheetah use their speed to chase prey. They are sprinters and not endurance “runners” which means they’ll tire easily after a burst of speed. This is why they get close to their prey and go into stealth like mode before the chase.

Cheetah attempt to trip their intended victim with swift paw motion and then suffocate it with a bite to the neck. Cheetahs will only eat fresh meat and will walk away when they are full, irrespective of whether there is meat left or not. This differs from lions who will guard the kill for days and leopards which stash their kill in a tree. Cheetah need to eat quickly and will often drag the kill to a more secluded, covered area out of the line of vision. How Leopard Kill Their Prey:

Leopard’s are opportunistic hunters and either ambush or stalk their prey. Their prey can be anything from baboons to small antelope and even birds! They thrive on the element of surprise and get as close as possible to their target. They pounce on their prey and give it a single bite to the neck. The kill is swift, fast and effective. To prevent scavengers from stealing their prey, a leopard will drag the meal up into the fork of a tree where it will stash it for days. When it comes to eating, they will lick the fur off the carcass of its prey before feeding.