Hyena vs Lions vs Hippo : Africa on Foot Ranger Observes the Weird 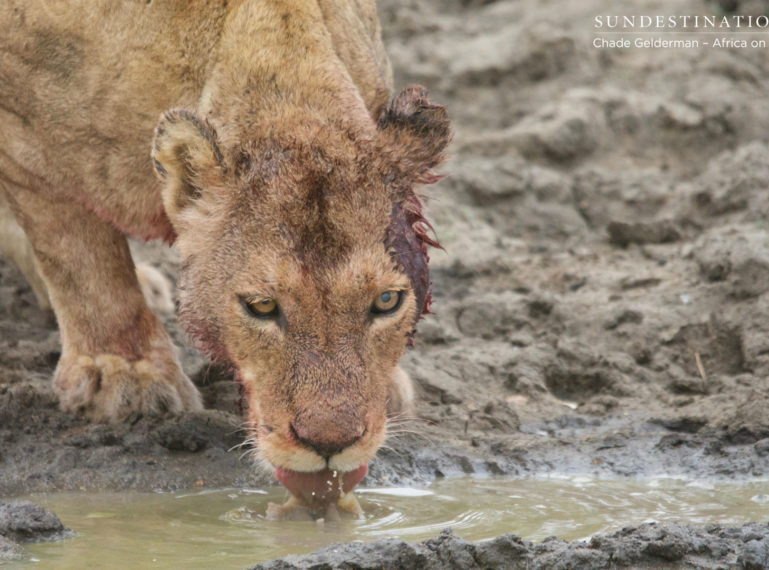 Africa on Foot camp manager Nadia and ranger Chade were driving back to camp when they happened across a clan of hyena feasting on a fresh kill. They stayed with the clan until one of them led the group to Jason’s Dam. Here they witnessed two (currently) unknown male lions heading towards the hyena kill. After following the sturdy males, Nadia and Chade returned to Jason’s Dam. They heard a rustling – and lo-and-behold, there was a blood-soaked Ross Pride Breakaway lioness emerging from the dry shrubbery heading towards the dam. The hyenas began circling the immediate area and caused quite a commotion with their cackles. With all the noise from the wildlife party happening at the dam, our resident hippo became rather agitated and engaged in display of dominance! Just another day in the Klaserie. Read the story below to find out the details of the sighting and the history of lion activity in our area. 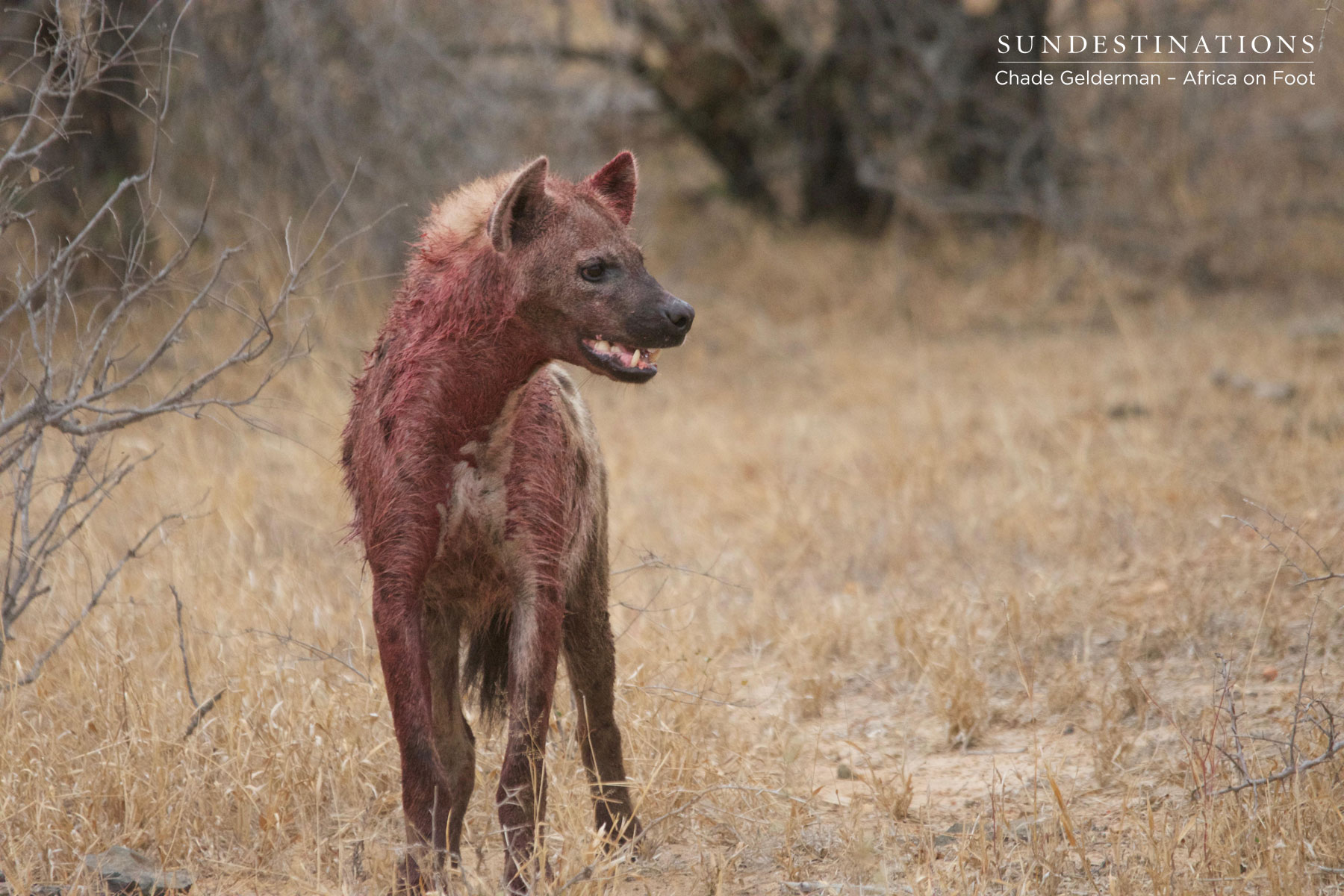 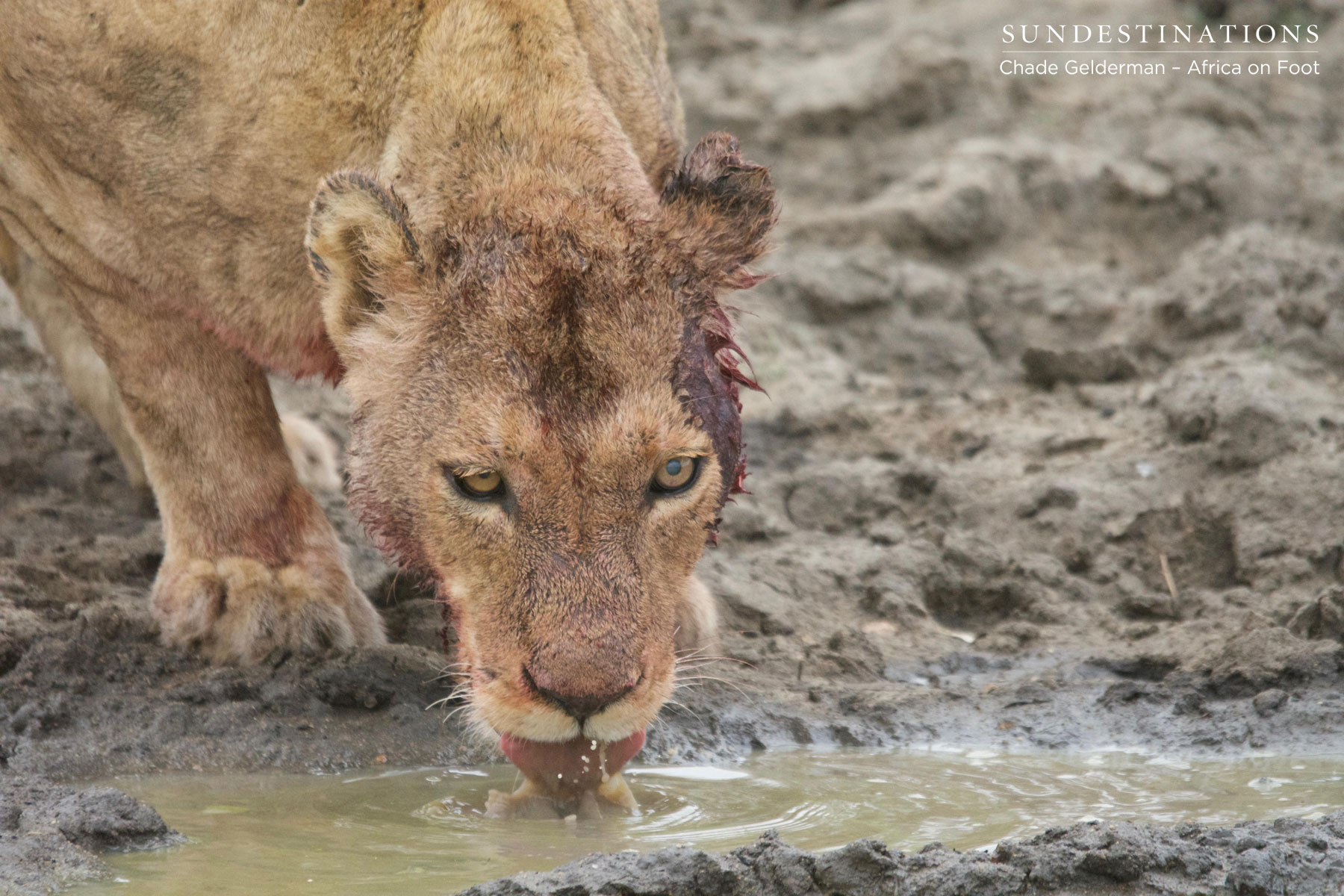 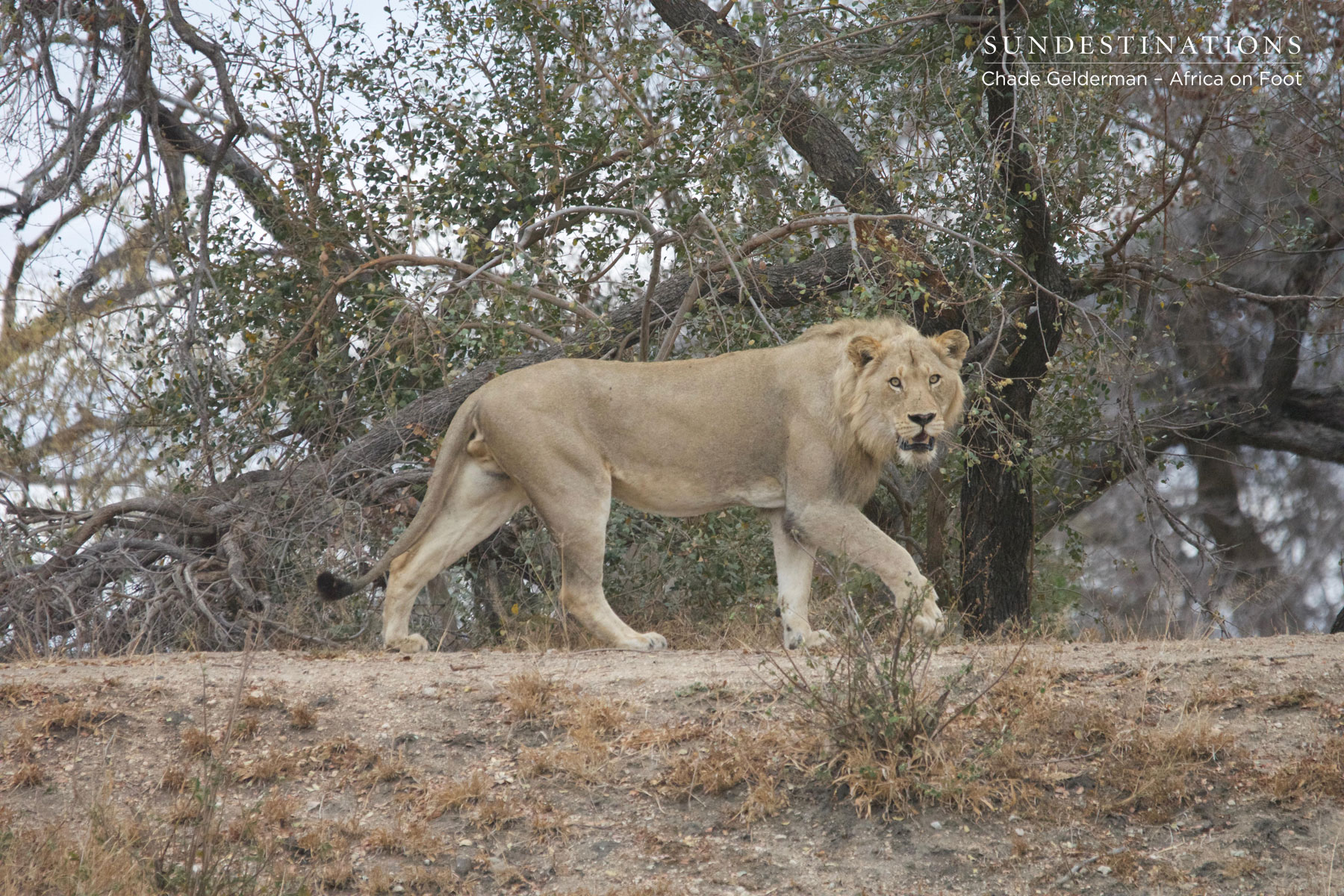 The Ross Pride Breakaway Lionesses dominate the turf around Africa on Foot and nThambo Tree Camp, which means there really is no room for other lionesses and their birth prides. The own the night. They own the day and, they rule the roost. Despite their hardships and battle scarred bodies, they continue to forge ahead in our reserve. It’s common knowledge that these formidable sisters mate with any male that enters their territory. We’ve seen the Mabande male, the Mbiri males, the Trilogy males and other “guest” males trying to stake claim on undiscovered lands. Some return, some stay, some don’t. Just typical lion pride dynamics! We enjoy a number of Ross Pride sightings, but we do rejoice when we stumble across new males or returning males – it always provides an interesting mix of lion sightings.

If you’ve read our stories you’ll will be aware of the Trilogy males, of which sightings have dwindled. For months and months on end, two of the Trilogy boys were seen in company of the Ross girls. The were a dynamic foursome. Then the Trilogy boys were driven out by aggressive new males. Then they returned. Then one of the Trilogy returned with a younger male from the Mafikizolo pride. The one thing that has become apparent is that when the Mbiri males, the Mapozas or any other males seek out the company of the Ross girls and try to establish territory, one or more of the Trilogy appear out of nowhere. Do they remain hidden and only emerge when potential threats approach their hallowed grounds? It seems so ! While the Ross, Trilogy and other male lion drama continues to enthral us, we also take note of that  ever fearsome Hercules Pride that hangs around on the periphery. They seem to come flying in like an unwelcome tornado, upset the balance, conduct expertly crafted kills and then promptly leave the vicinity.

Now that you’ve a quick history about the ever fluctuating lion pride dynamics, this is what has happened over the past couple of days.

Two nights ago, while Chade and Nadia were returning to camp they came across an unusual sequence of events involving the Ross Pride Breakaway lionesses and two unidentified males. They came across a clan of about 15 hyena enjoying a buffalo kill. After observing their antics for a while, the hyenas made headway towards  Jason’s Dam. They followed the clan to the dam where they watched them bathe and replenish their thirst. Out of the blue, two sauvé looking males appeared on top of the dam wall and walked towards the buffalo kill – Nadia and Chade followed in hot pursuit of the next bit of lion activity. After watching the unknown youngsters for a bit, they returned to Jason’s Dam where the clan of hyenas were congregating. Then, one of the Ross Pride Breakaway lionesses strolled down to the water to drink and the hyenas began to circle the area. A rather aggressive hippo clearly became agitated with all the commotion surrounding his dam, and engaged in plenty of dominance displays to ward off would be intruders.

The following night, guests enjoyed a surprising sighting of the Trilogy male enjoying the company of the Mafikizolo male ! The two of them were feasting on a buffalo kill. Was this a fresh kill or had they been dining with the Ross girls from the previous night? So, with the presence of the two unknown males in the vicinity of the Ross girls, the Trilogy male returns…As predicted! 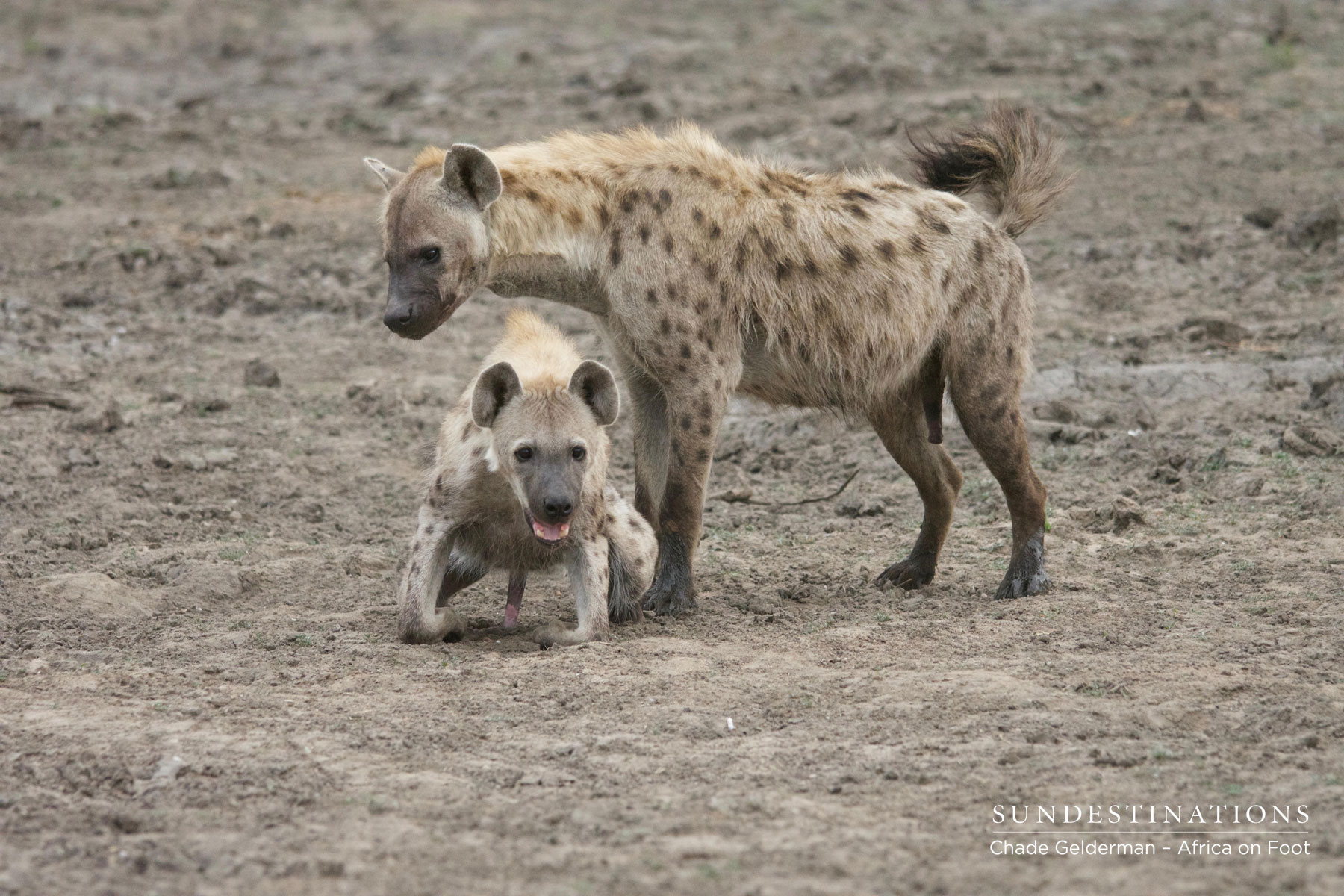 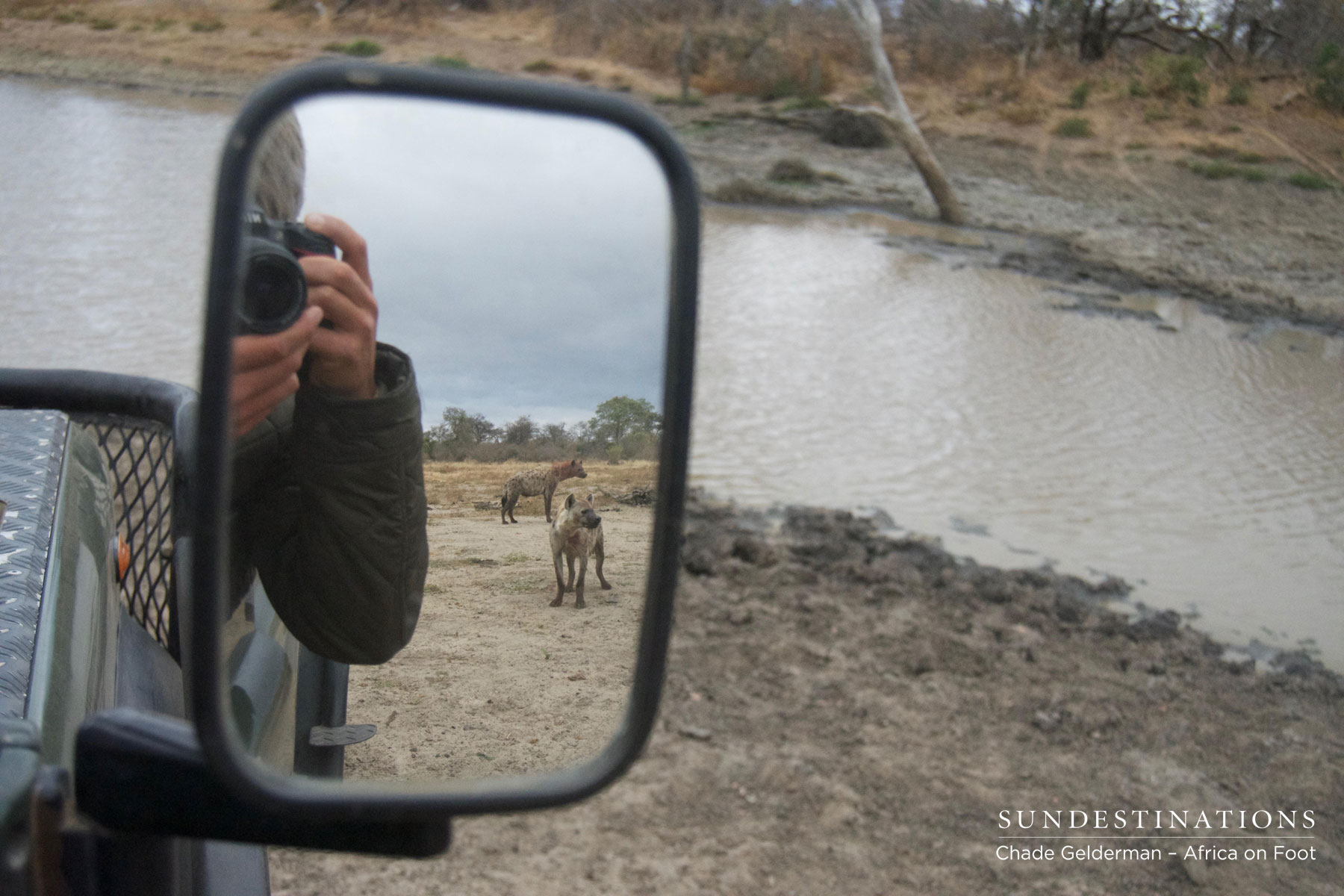 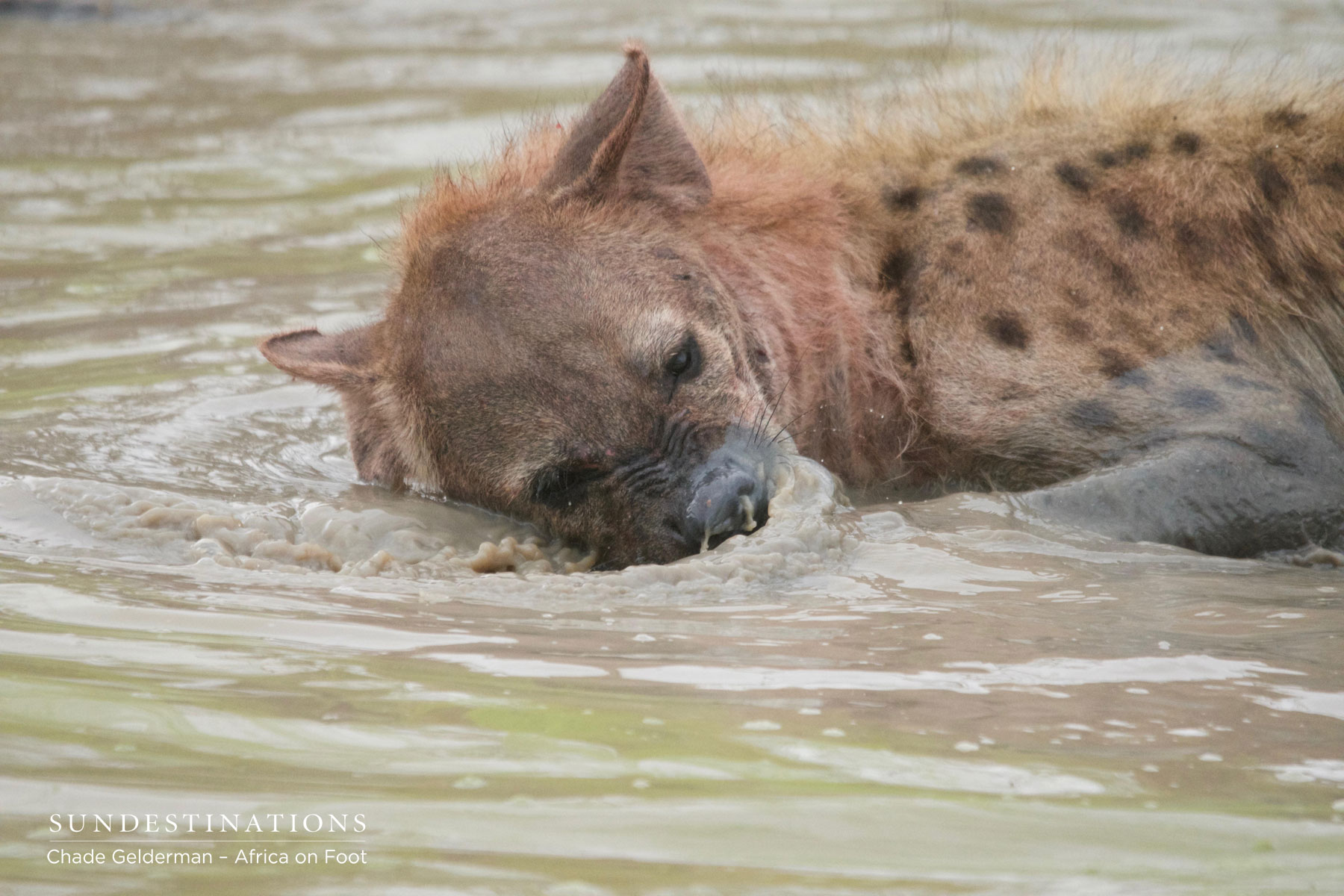 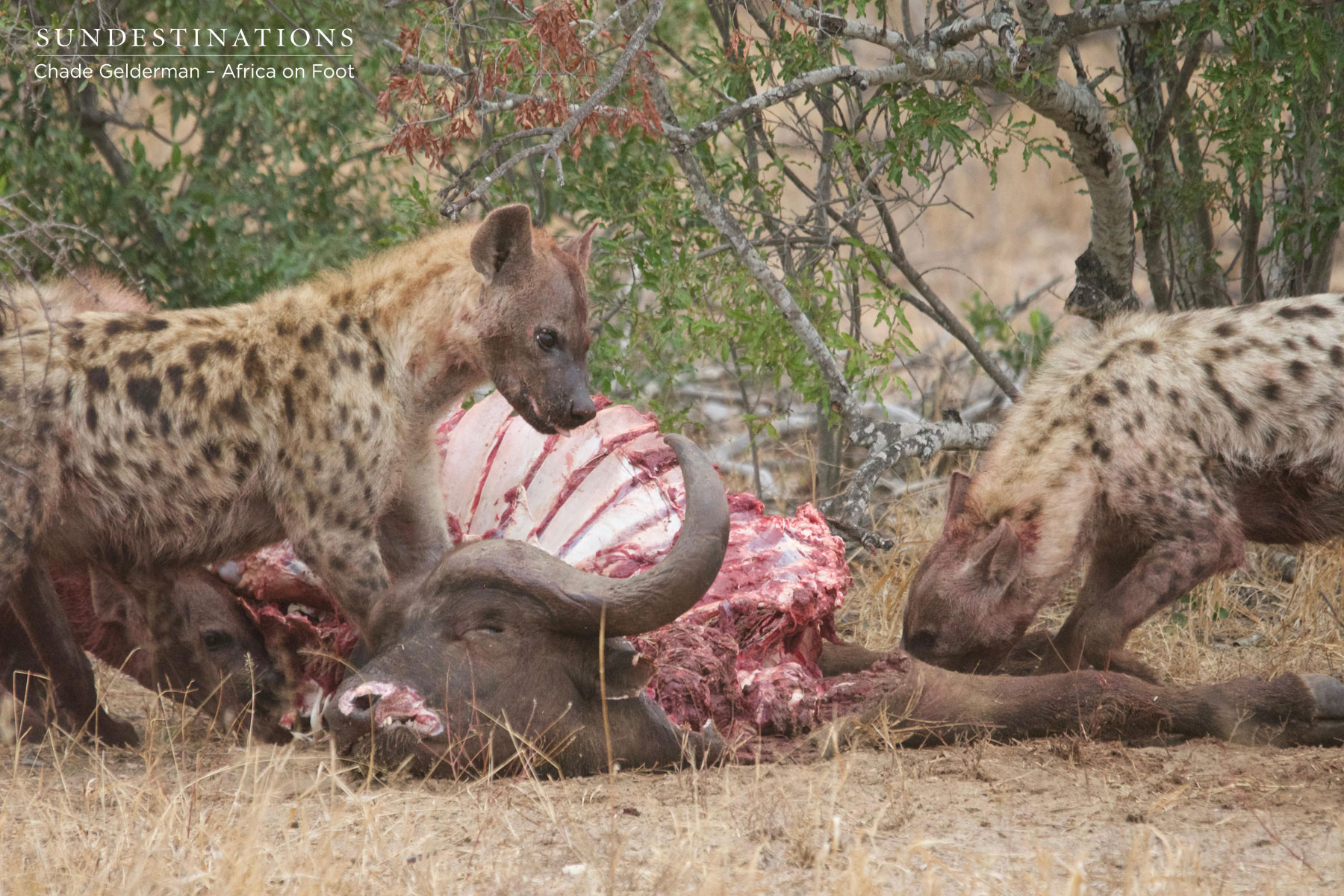 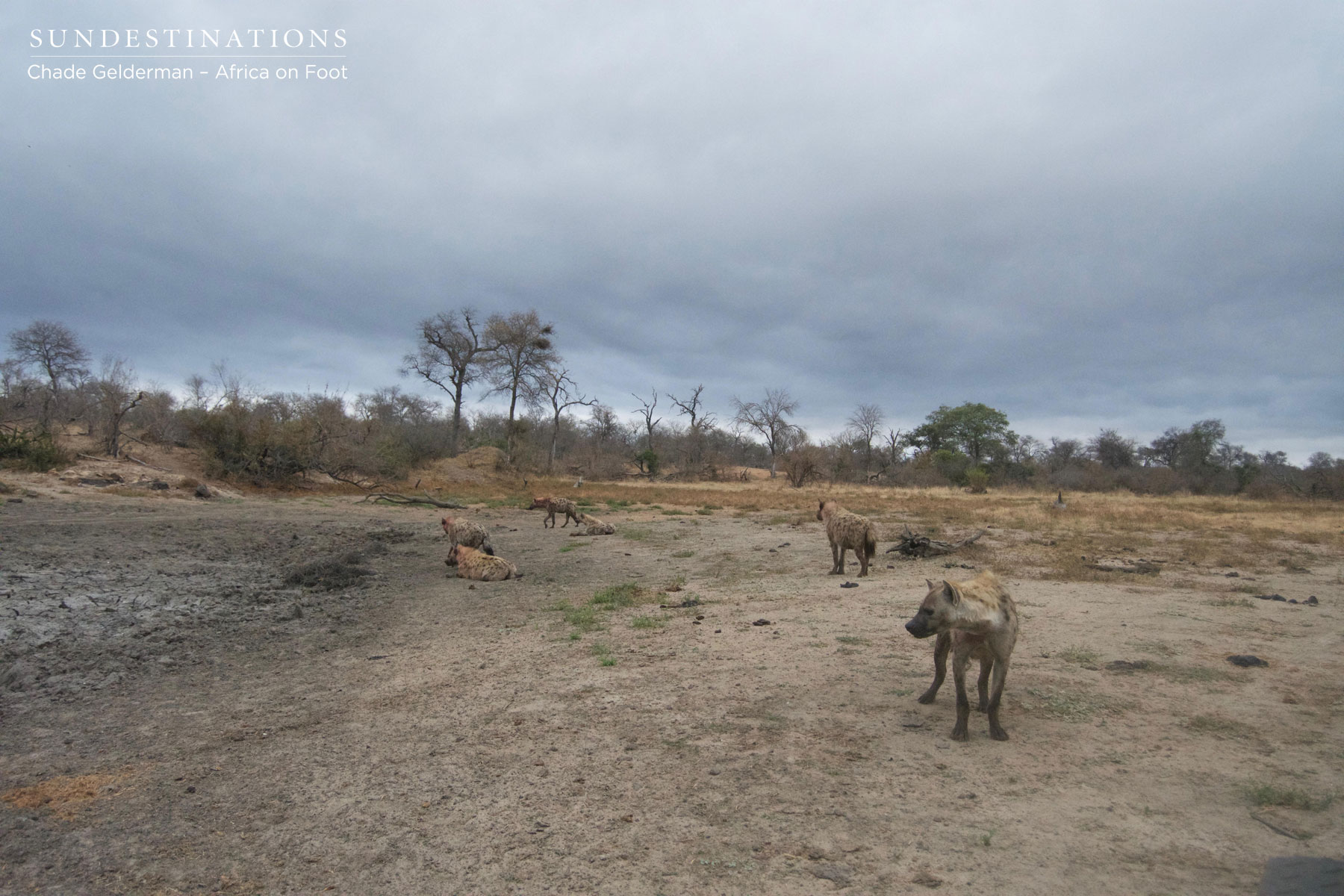 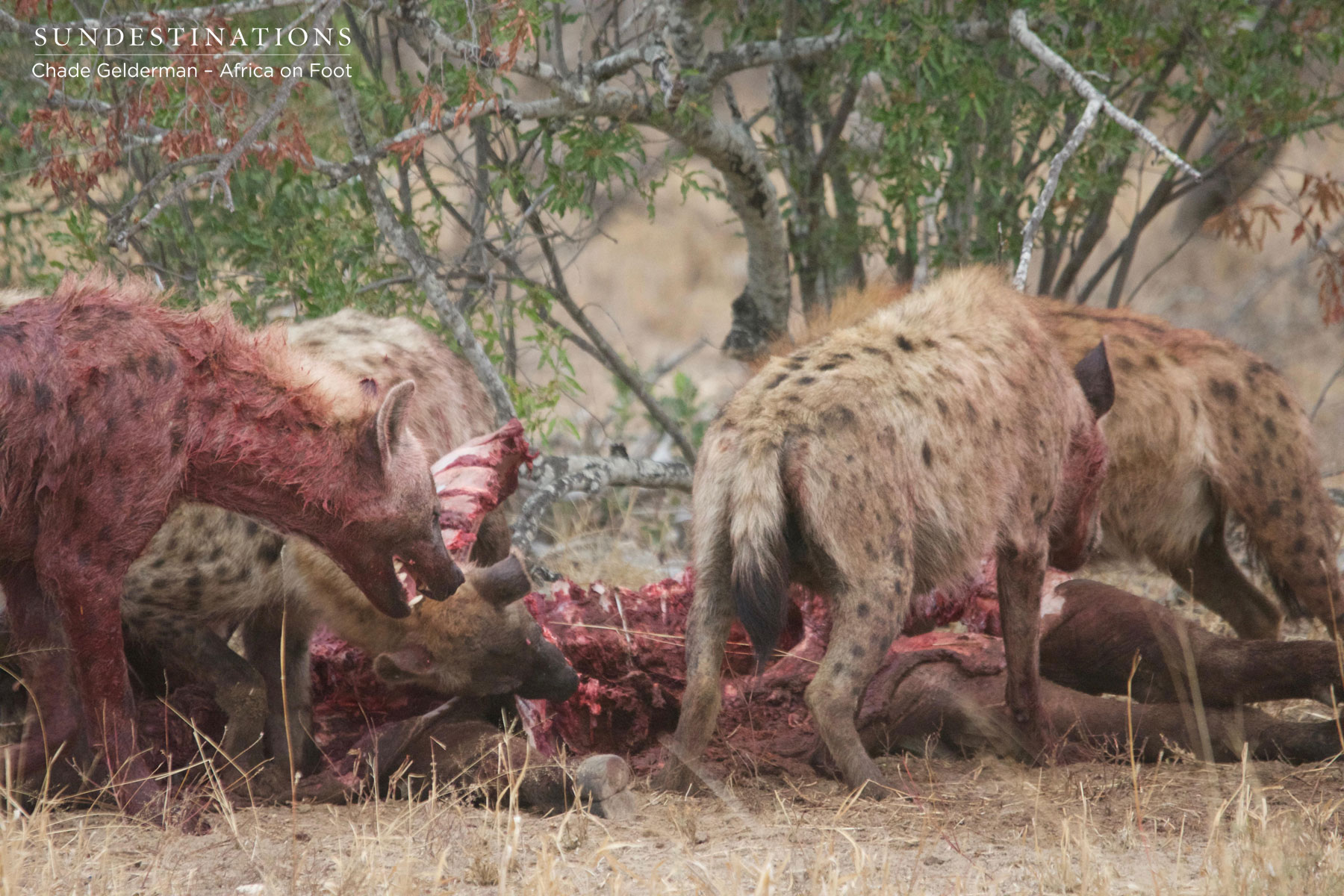 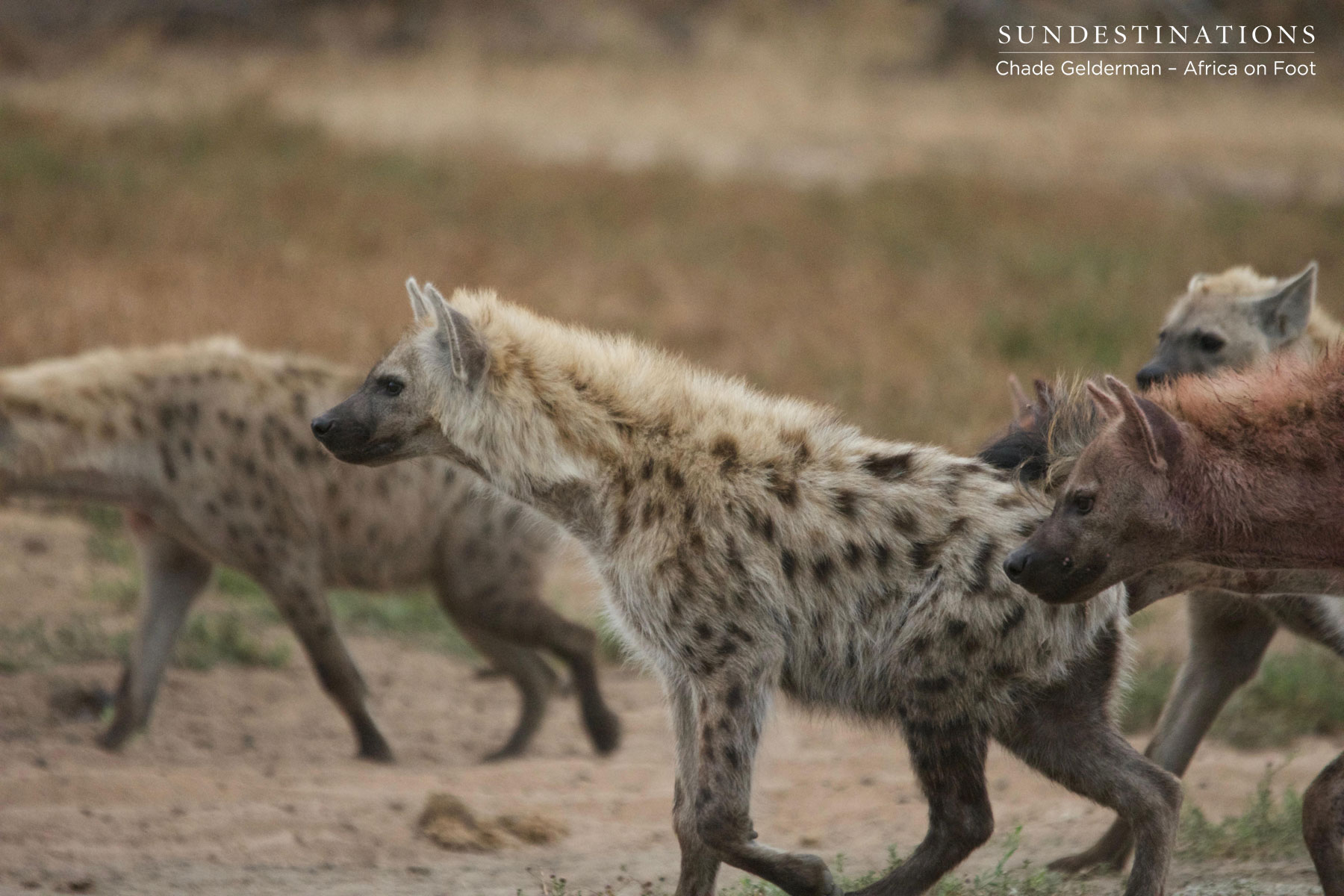