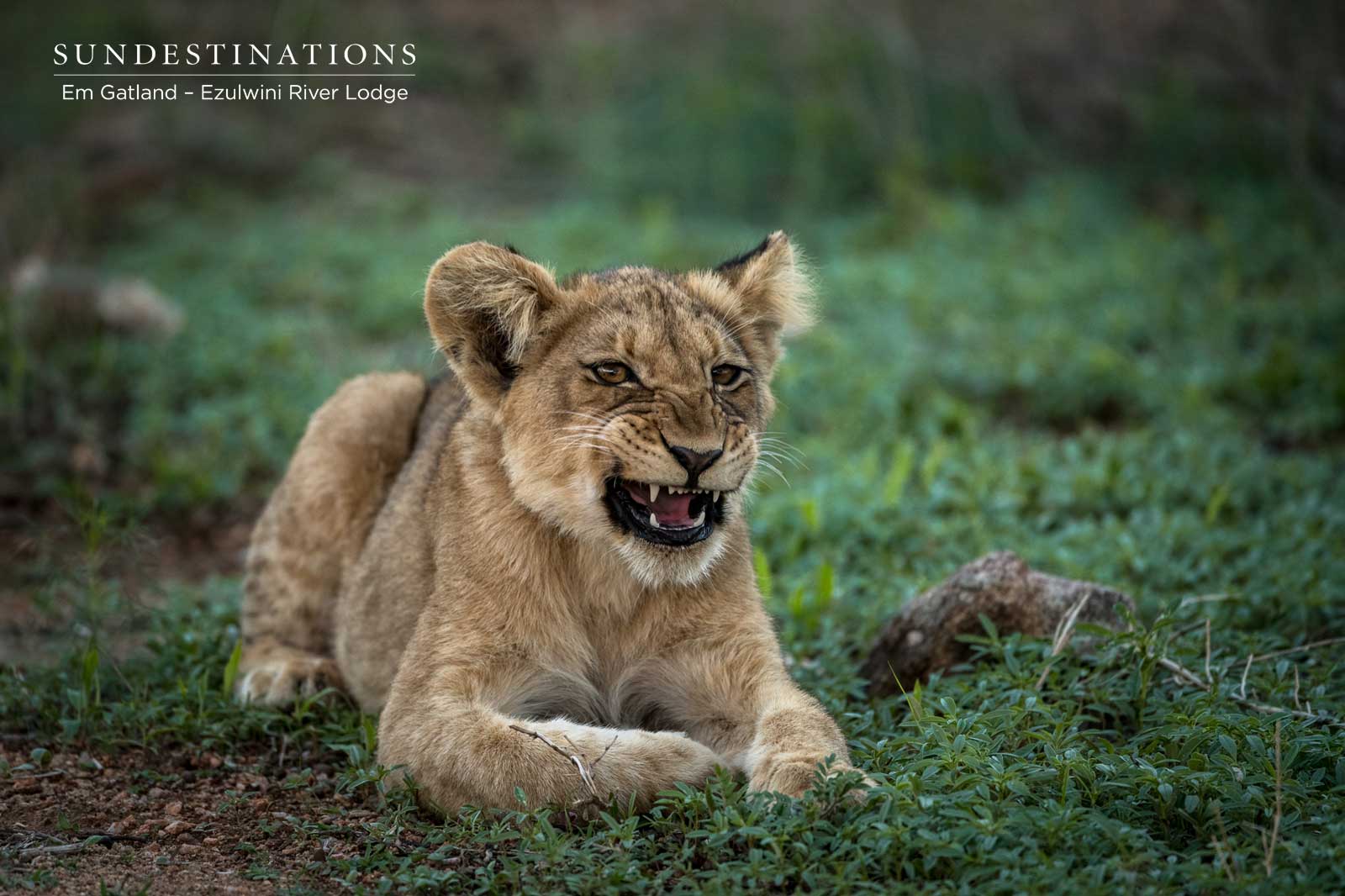 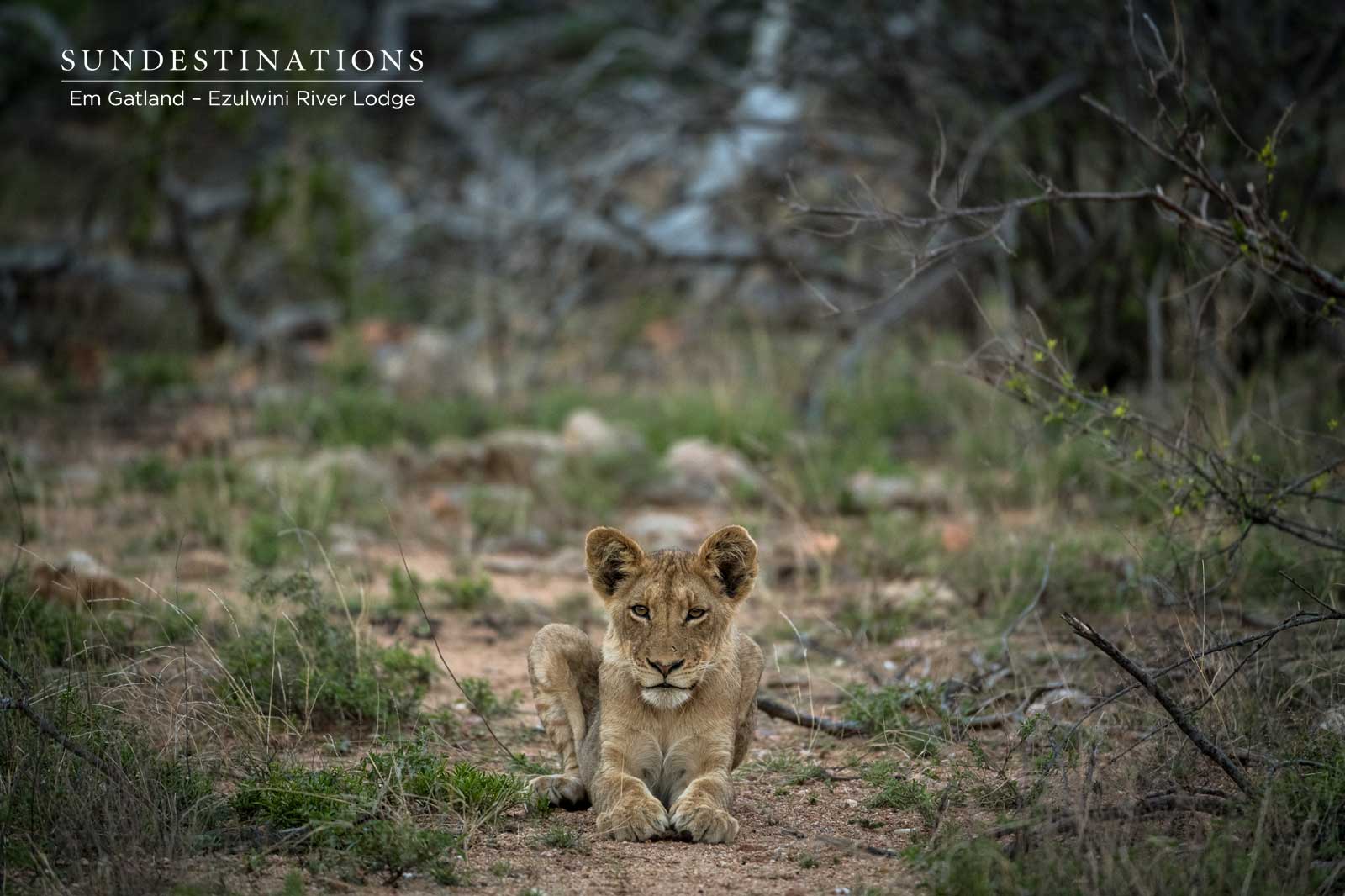 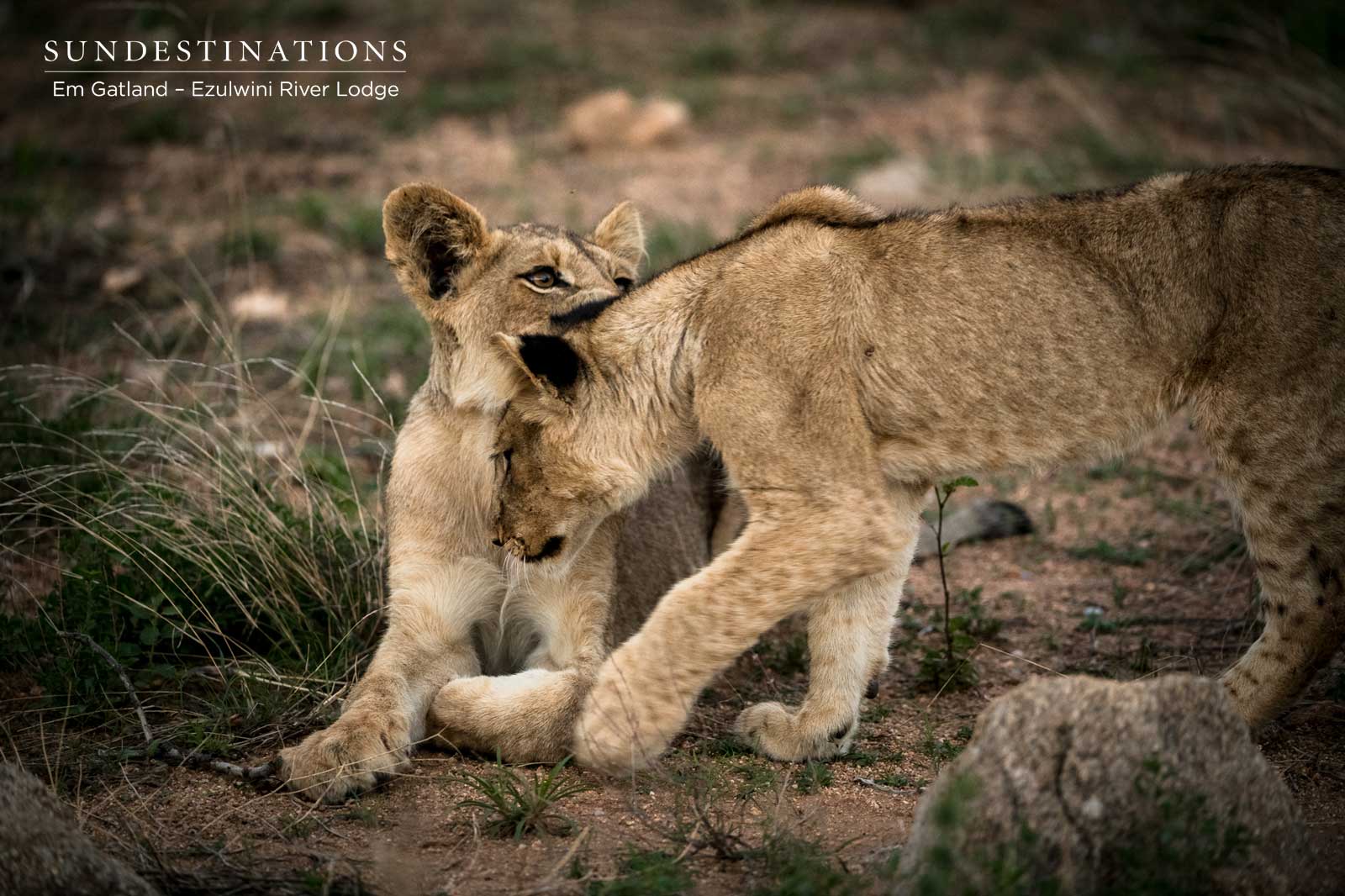 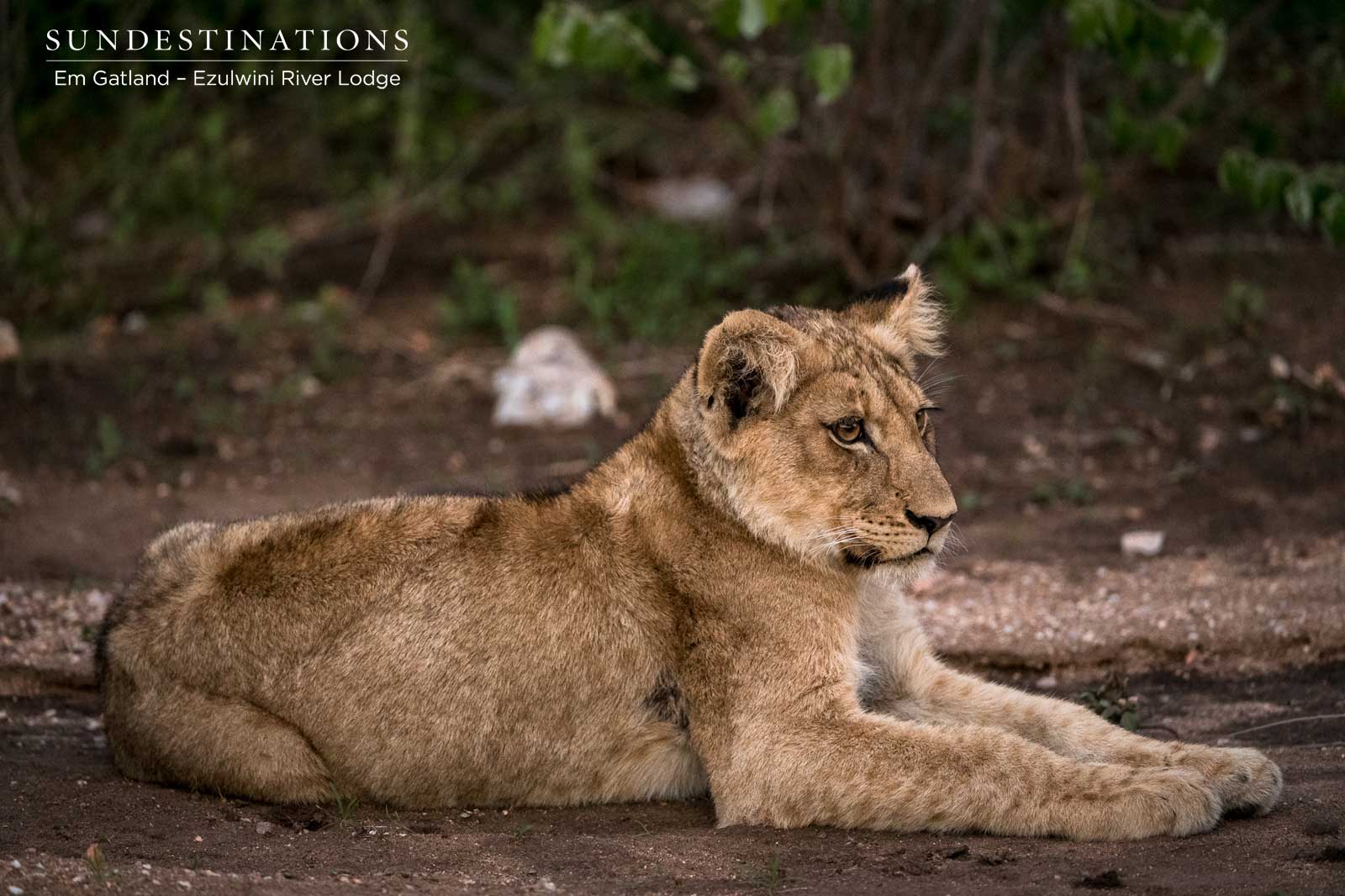 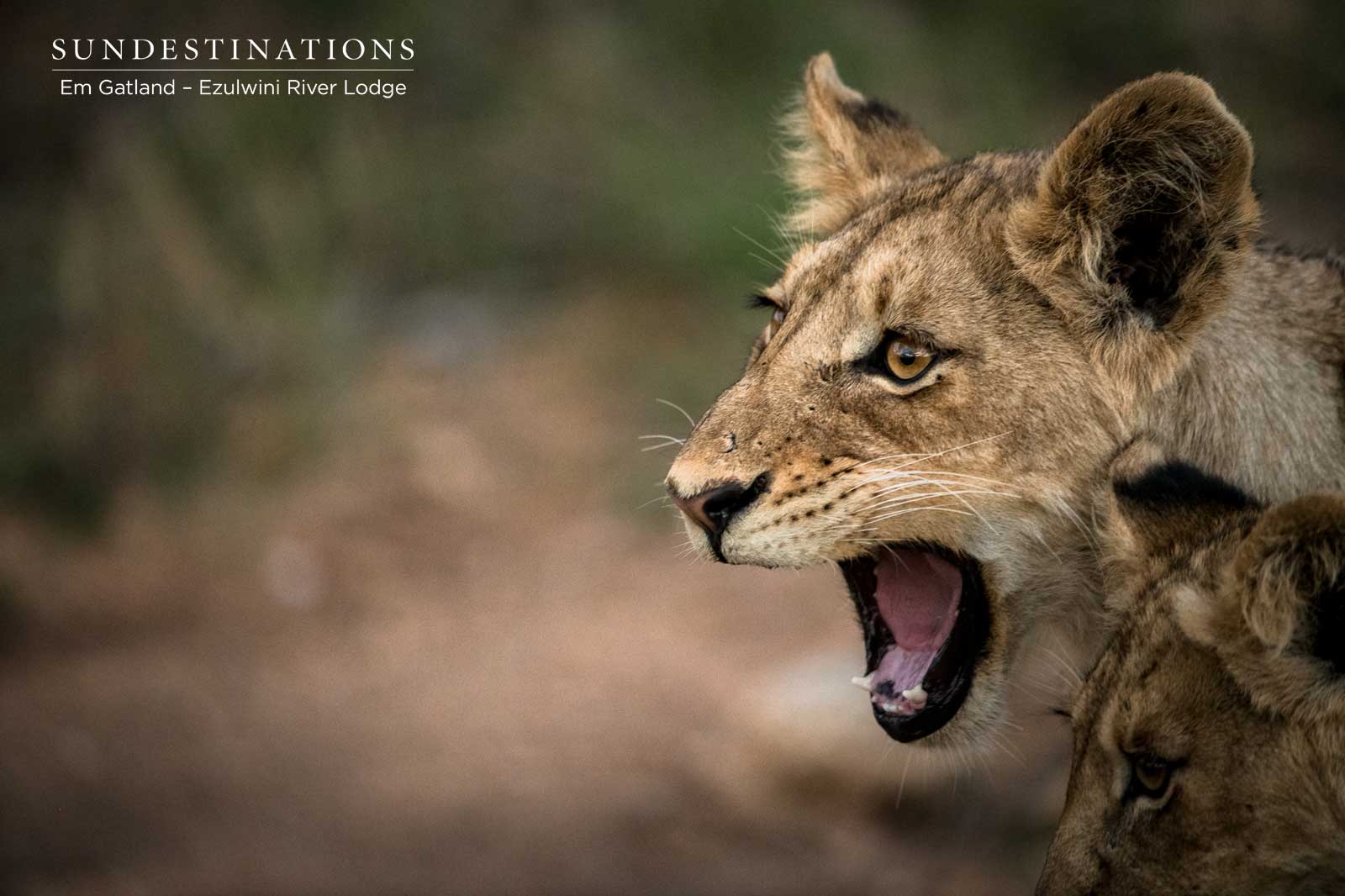 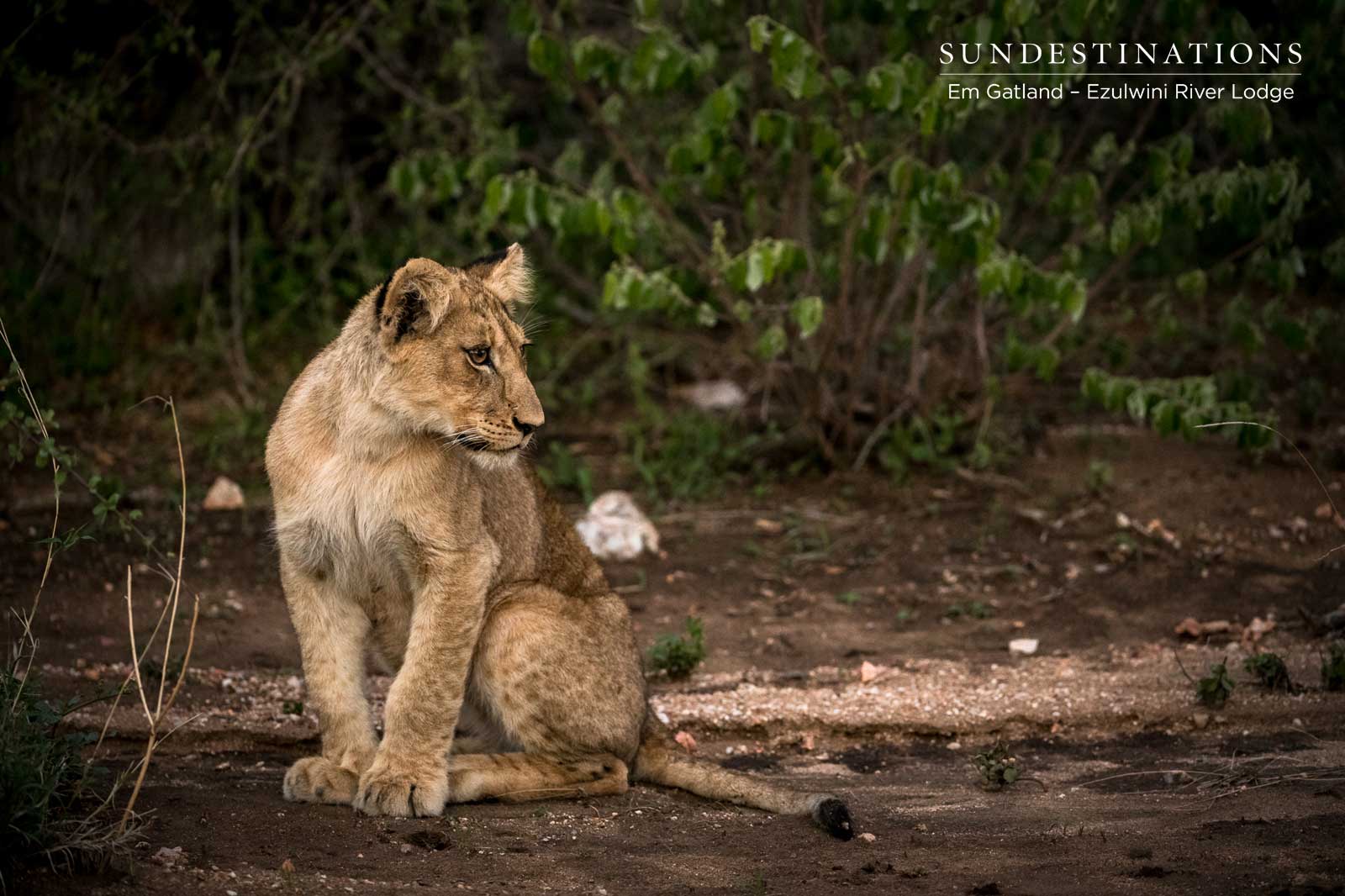 Keeping up with the Kudyelas

The Machaton male lions sired cubs with the Kudyela lionesses, and successfully increased their genetic bloodline in the Balule. These reigning kings sought to produce offspring to ensure their powerful genetics were passed down through the generations. The lion cubs are often spotted on Ezulwini’s traverse, just bumbling around and patrolling boundaries with the older pride females. The 4 Kudyela lionesses birthed the collection cubs, and last night guests were rewarded with sightings of the future legends of the Balule Nature Reserve.

We’ve introduced the Balule lion fan club to the new additions over the past couple of months, and the cubs are still healthy. Last night photographer Em Gatland joined the game drive in the Balule and they came across two of the 10 lion cubs.

The cubs belong to the 4 Kudyela lionesses, and are roughly between 4 – 8 months old (3 cubs, 3 cubs, 2 cubs and 2 cubs). The lionesses are often been spotted on the move, shifting den sites for the cubs. A few of the cubs are now old enough to move around with their natal pride, so we’re speculating that the cubs spotted last night were the older ones.

Cubs are weaned at about 6 months, and right now they are learning a few hunting techniques from the pride elders. Cubs will learn how to stalk, ambush and attack prey while in the pride. Females learn how to hunt when they are much older than their male siblings. Lionesses stay in their birth pride for life (they may breakaway and form split-off prides) and therefore aren’t forced to hunt from an early age. Males are ousted from 2 – 3 years of age, and are therefore forced to hunt at a much earlier age.

We hope you enjoy Em’s lion cub images of the Kudyela cubs! 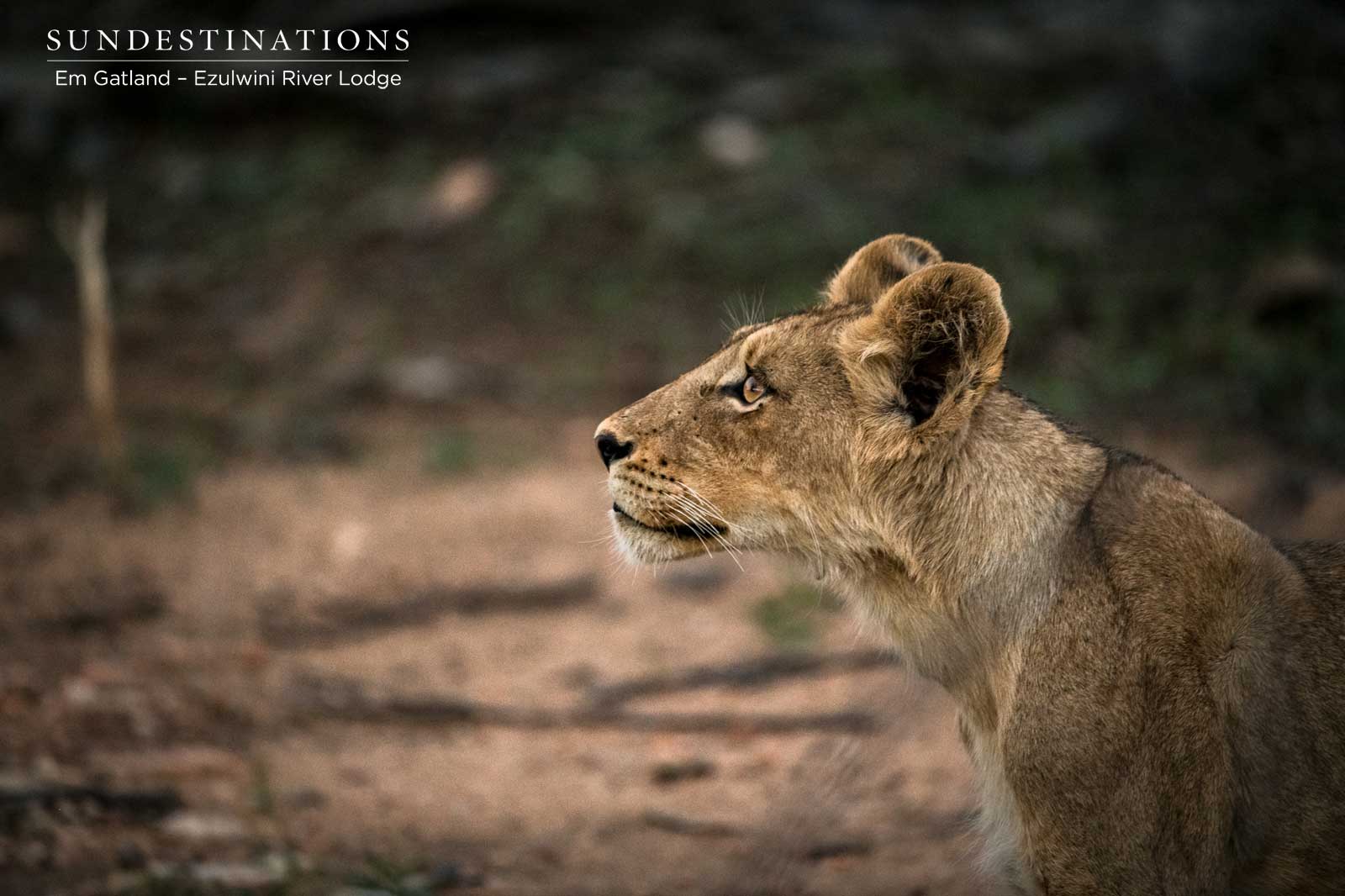 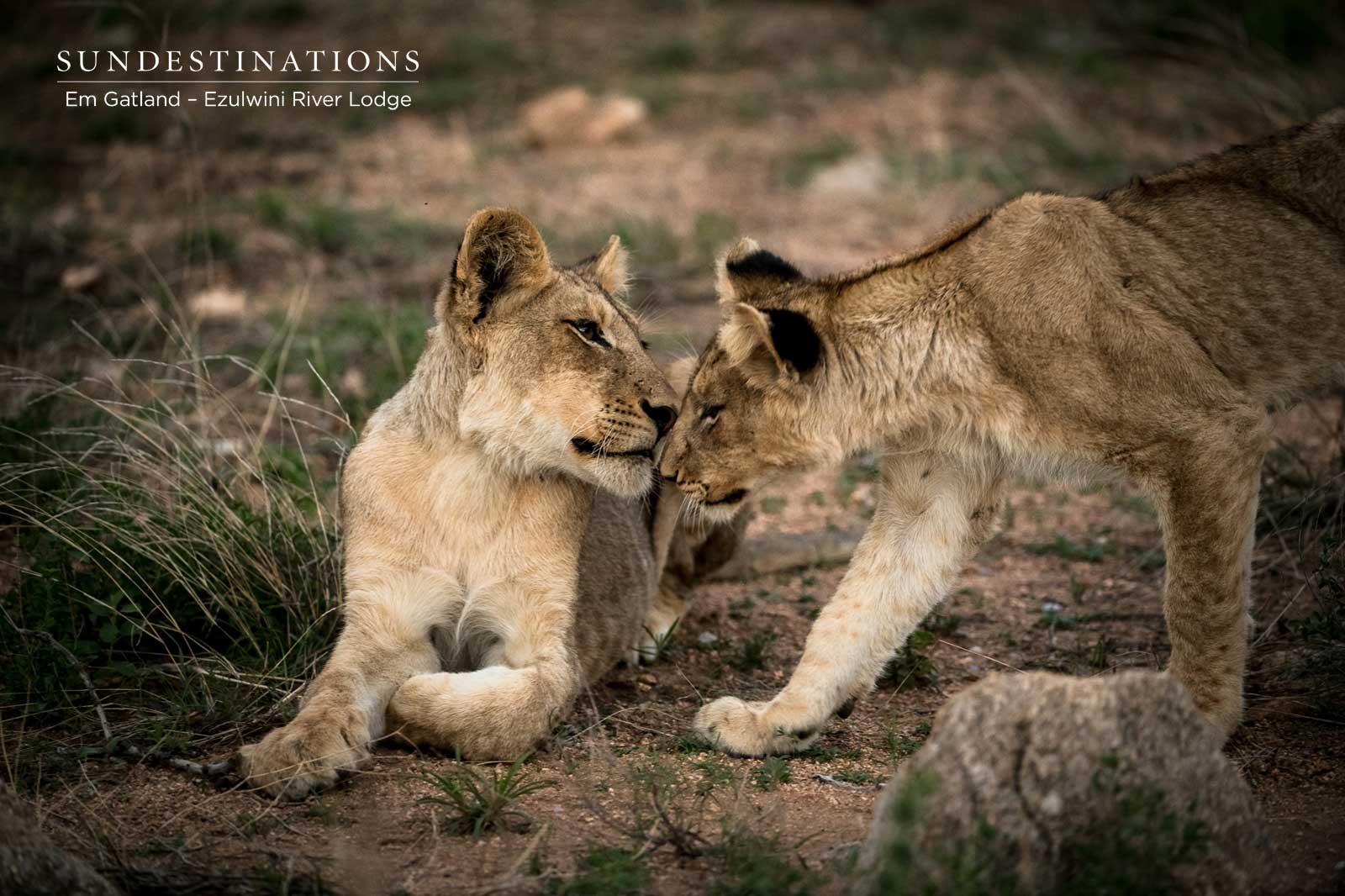 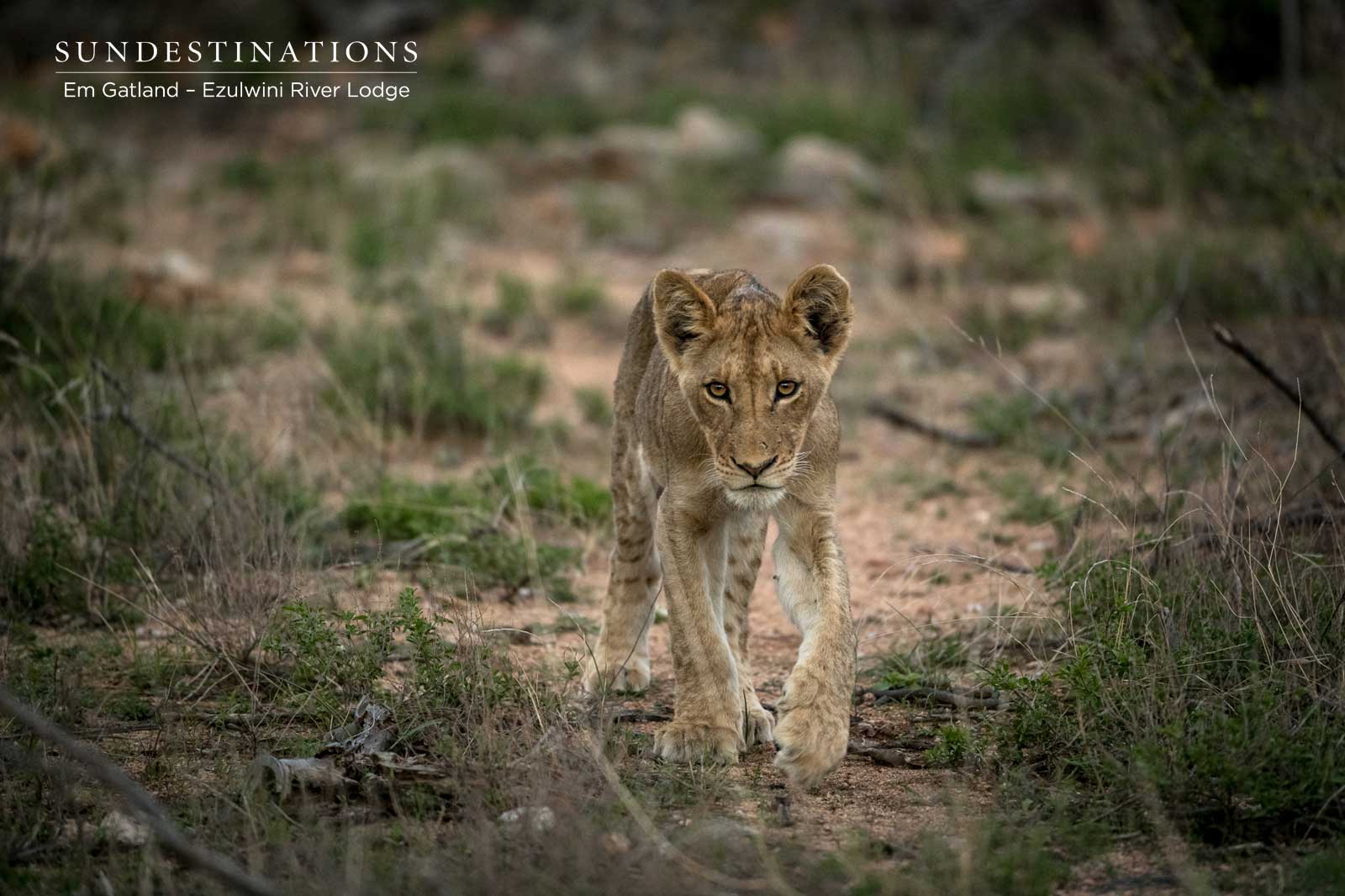 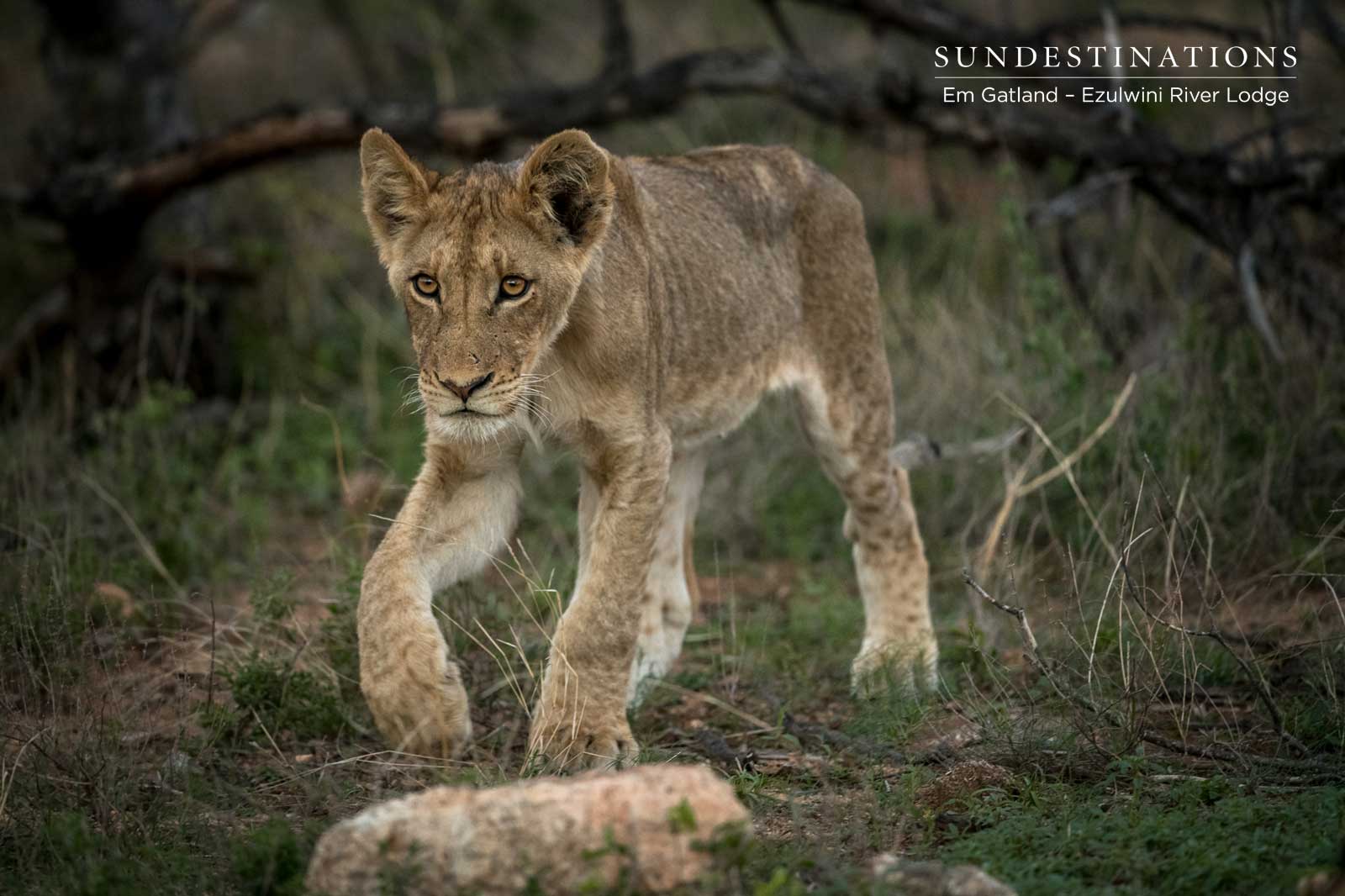 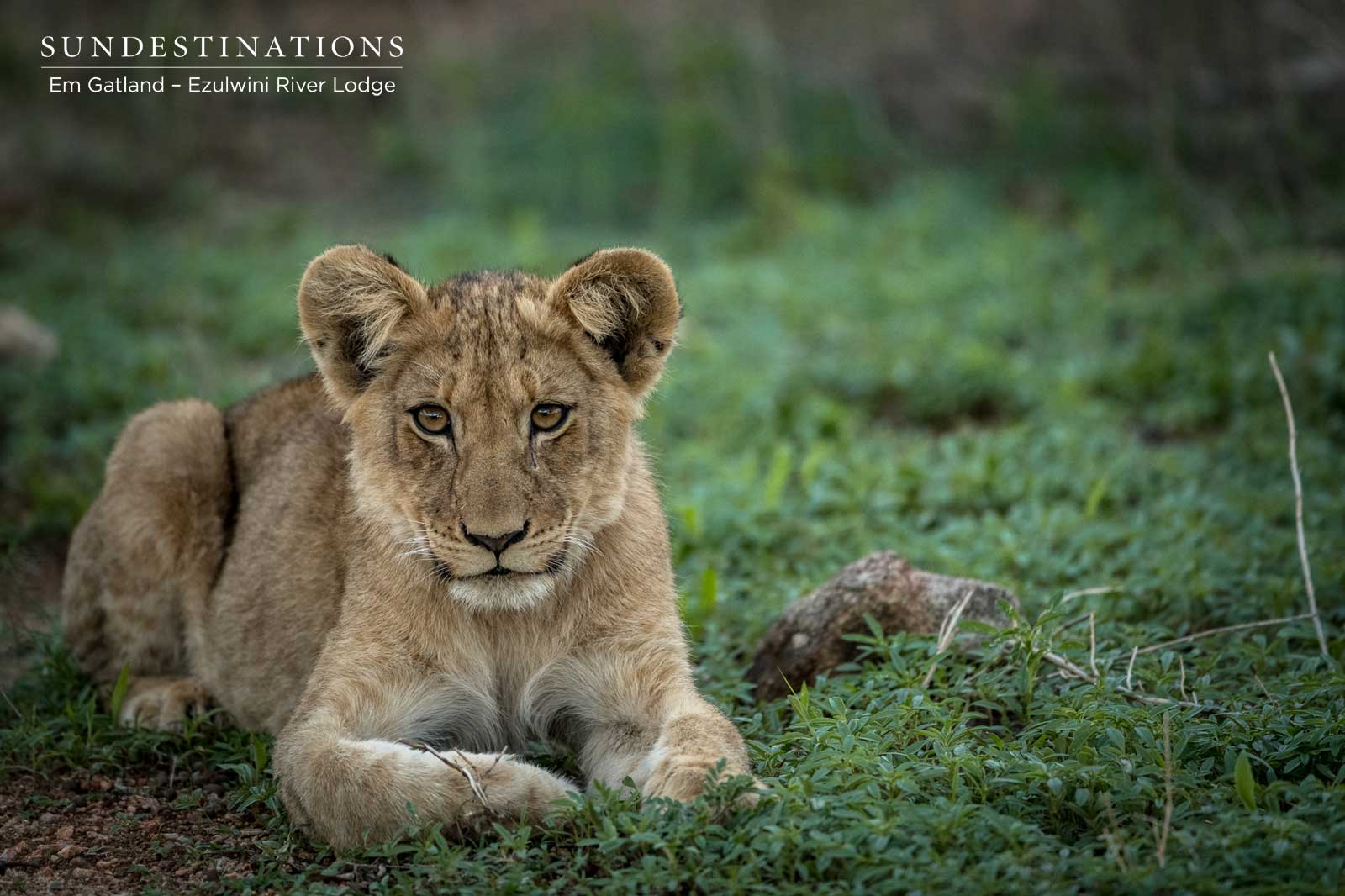