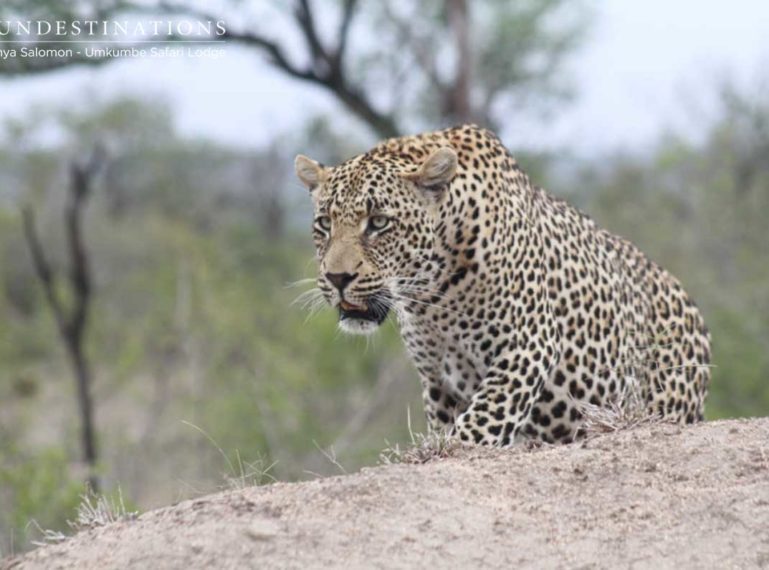 In one corner we have virile and agile youngster Nweti, filled with bravado. In the other corner we have the wise gentleman, Inyathini, filled with experience and stamina. These two testosterone fuelled leopards have declared war, and there’s a prickly tensioned filled atmosphere when we’re in the company of these two contestants. We use the word contestants, because really that’s what they are. What we are witnessing on the outskirts of Umkumbe Safari Lodge is typical male leopard behaviour – a fight over land ownership.  Ultimately, this is what causes warfare between male leopards. Which is exactly what’s happening between young Nweti and legend Inyathini. Nweti wants Inyathini’s territory. These are interesting times on the Umkumbe traverse!

When a burgeoning young male seeks independence from his mother, he has an innate desire to establish territory of his own. The young males seek a home range to call their own, one that is preferably laden with females and ample prey sources. The dominant male leopard has exclusive breeding rights to the females within his own turf. Unless he is overthrown by another thrill seeking youngster. If under threat, leopards generally flee. But if they’re long established in an area and have the experience of an ageing warlord, they won’t give in without a fight.  To make sure leopards from neighbouring regions understand their game plan, the males will scent mark low lying shrubbery, claw parts of trees, and produce guttraal barking calls to advertise their home range. This is what Nweti was doing, but it was on homeground that was ALREADY claimed by aloof legend, Inyathini.

Guides at Umkumbe have witnessed the animosity between these two leopards, with plenty of underlying tension becoming more apparent over the past weeks. We’re pretty sure Miles, Geoff and Tanya are keeping an eye on the leopard shenanigans. Who will stay? Who will flee? Will one of them die in a brutal battle? This we cannot predict!

Inyathini is an enigma. The luminary has been around for years and is the ultimate loner. He has little known history, but we have established that he wandered over from the Kruger National Park and has since settled into the Sabi Sand. He was aggressive at first but is more relaxed nowadays. It’s clear he came from a hidden enclave of the national park with little activity.

Nweti is a young male leopard born and raised in the north west Sabi Sand. He has always been fairly relaxed around vehicles, and oozes confidence. It’s clear that this boy is trying to establish a solid home range. Unfortunately, these things come at a price (ousting others) but it’s a showdown that Nweti is willing to fight. 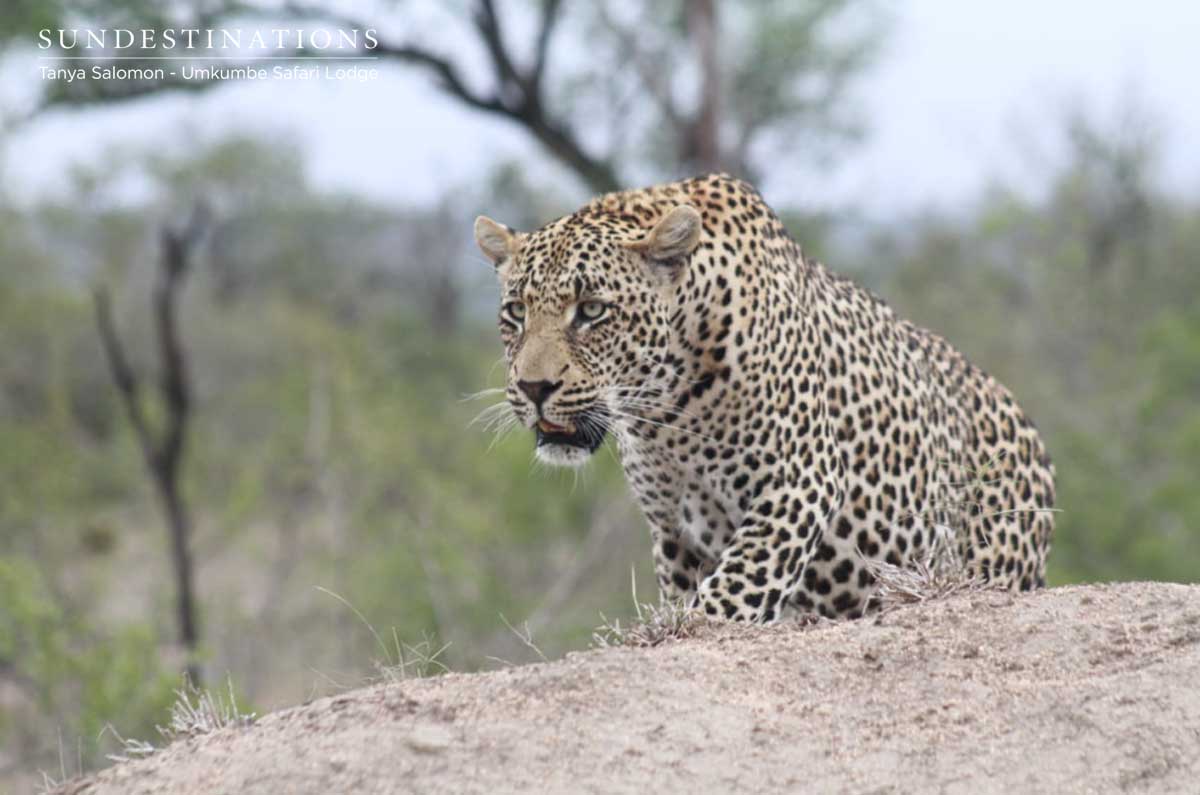 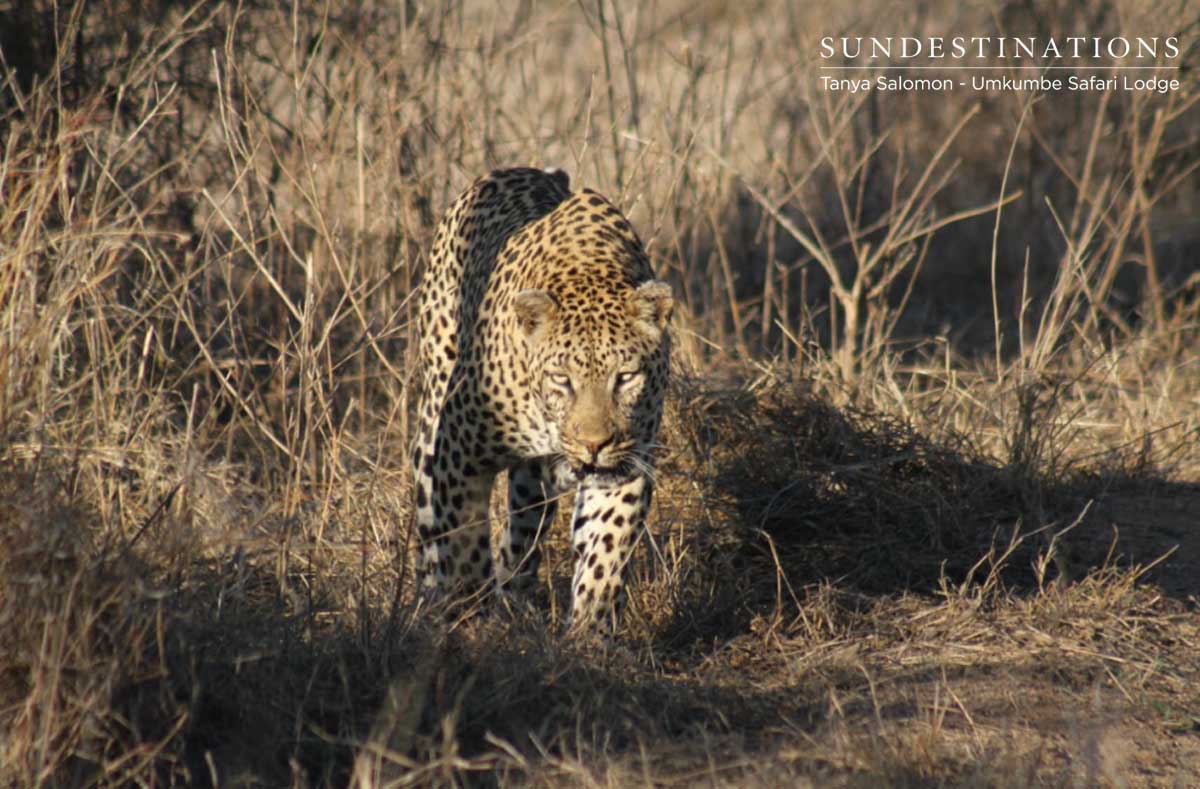 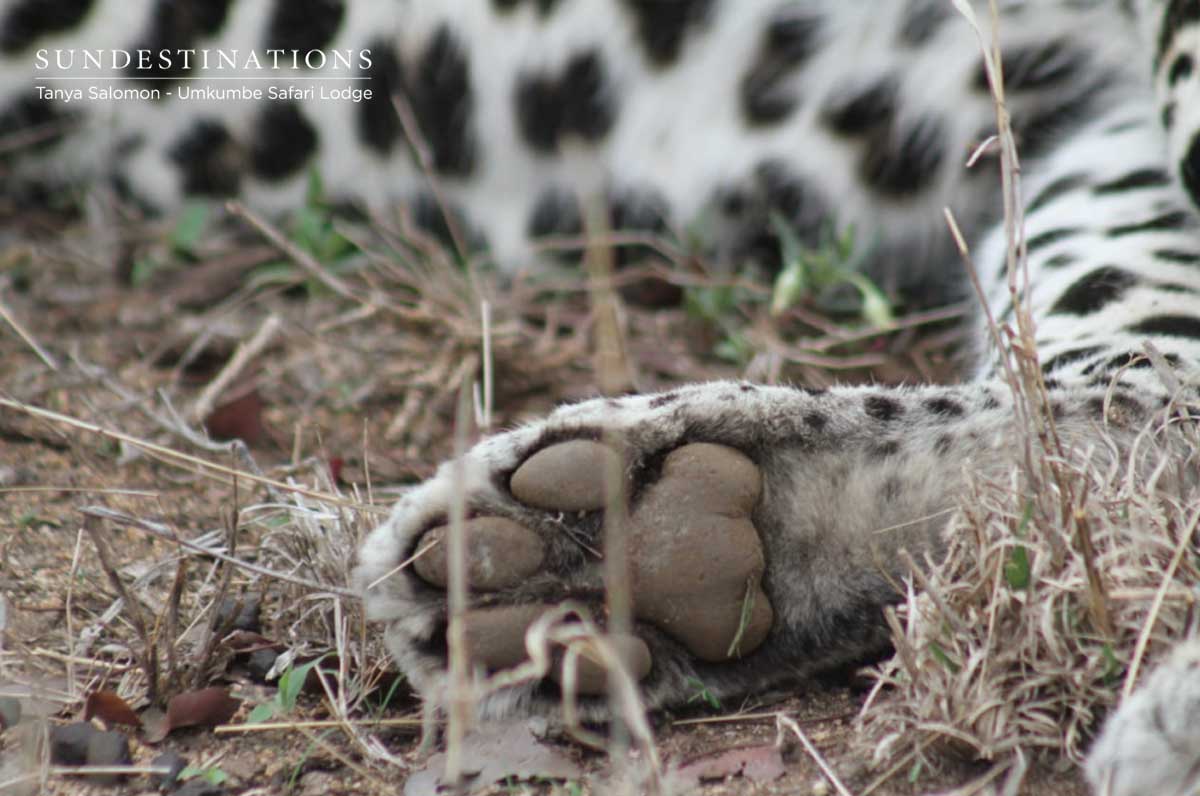 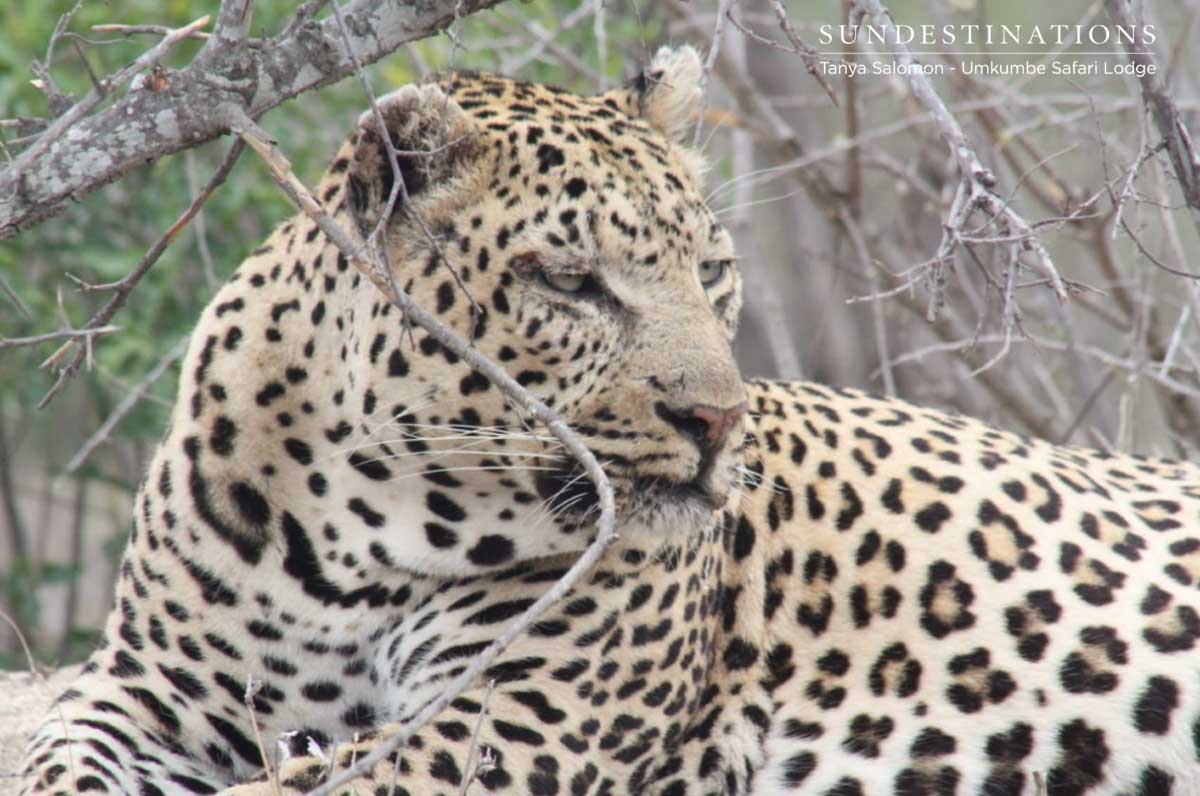 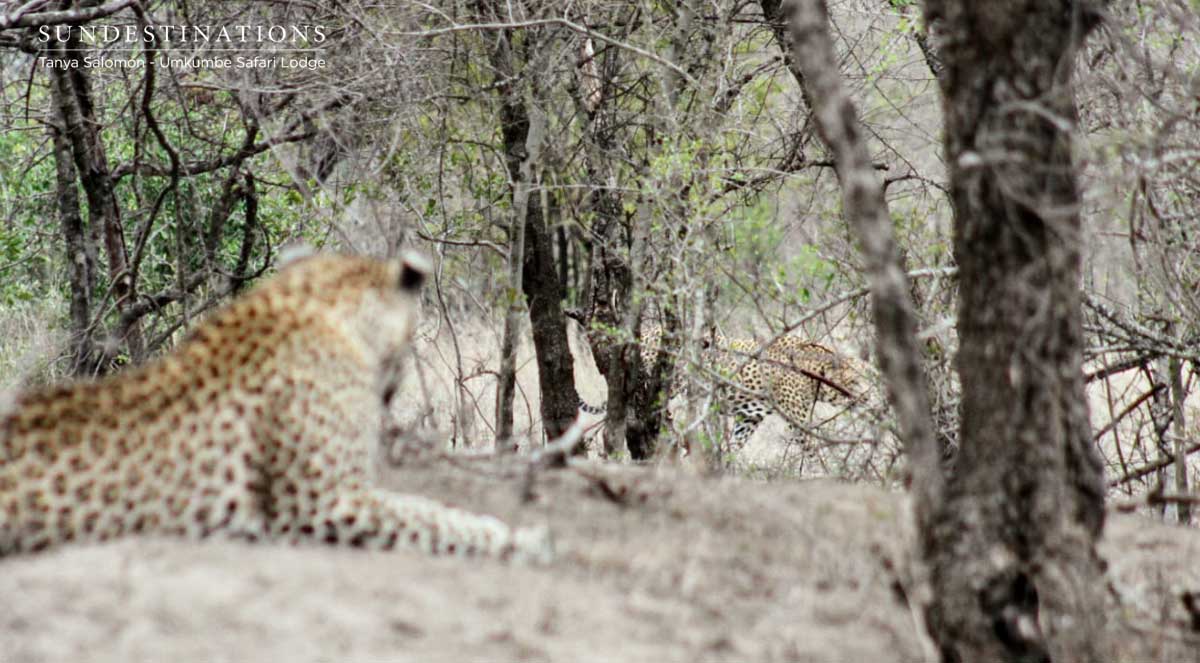 Nweti encroached on Inyathini’s  stomping ground. A home range that was rightfully his for quite sometime. Older males have been known to tolerate coming-of-age youngsters on the boundaries of their personal traverse but there’s an understanding that the newcomer must cower in shame and leave immediately.

Nweti didn’t flee. He stayed. And he even mated with local lass, Ntsumi. A brave move given that he was outside of his jurisdiction.

You can only imagine what happened next. A war began to brew between the two males. When the fight eventually broke out, Inyathini walk away with bloodied fur and open wounds. And a deflated sense of pride.  It became clear that Nweti had won the battle. He proceeded to mark his new kingdom rather vigorously, and not one low-lying bristly shrub went unmarked. With Inyathini seemingly ousted, we were equipped to see less of the legend.

But things are never that black and white in war. While in hiding, Inyathini spent some time nursing his emotional and physical wounds, and came back to claim what was rightfully his land. The old boy looked strong and healthy after his quiet retreat!

As it stands, the leopards are back to square one. A Mexican stand-off of sorts. The calls have been heard and there’s plenty of growling happening in the dead of night. We sense that another war is brewing – but  for now we monitor the situation closely to see which leopard will emerge victorious!