Lion Pride with Cubs Chase Buffalo in Front of Lodge 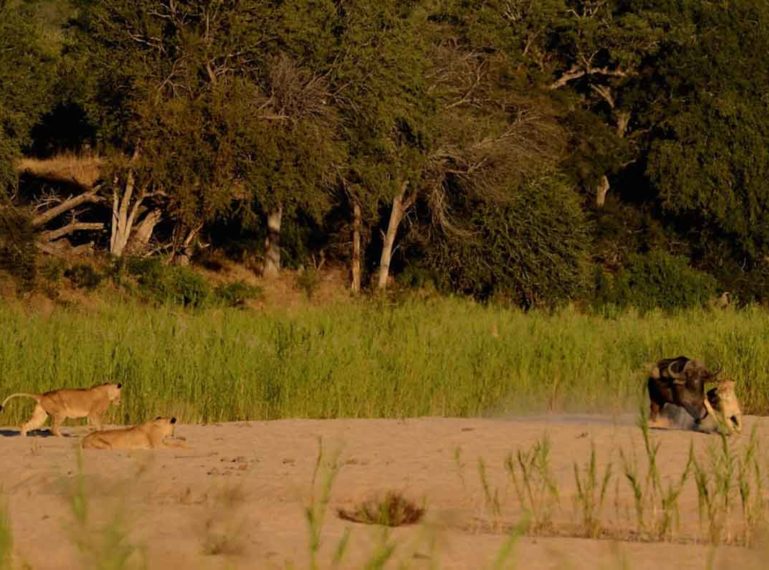 The rough knuckle-rap on the door of your safari suite before sunrise elicits mixed emotions. On the one hand you’re excited to uncover the secrets of the Sabi Sand, and stumble across a few Lion Kings at first light. On the other hand, it’s way to early to be civilised and the bed is just too comfortable to bolt upright from your slumber session. Afternoon and evening game drives are way less of a shock to the senses. By 15:30 – 16:00 you’re fully compos mentis and eager to find out what lurks in the depths of the savannah after dark. Let’s face it – evening game drives are far easier on the body! There are times when the predator magic happens right in front of the lodge, and the mountain comes to Mohammed (so to speak). Some of the most noteworthy sightings at Umkumbe Safari Lodge have happened on the banks of the Sand River, the (usually) perennial river that Umkumbe overlooks.

One such noteworthy sighting happened a few days on the sandbank of the river in front of Umkumbe. Guests didn’t have to travel far to see the entire Kambula Pride of lions together with their cubs. The pride were just chilling out, sprawling their bodies in the soft luxurious sand when they were interrupted by a herd of burly bovines.

The cubs are still young and need plenty of protection from the elements. It’s not uncommon for lion cubs to get trampled to death by heavy-hoofed buffalo and lumbering elephants. Not to mention the threat of predators and scavengers. In this instance, the buffalo were hovering and bulk grazing in the area. The pride appeared to fear for the cubs’ safety, so a scuffle ensued. Hurricanes of sand and aggressive behaviour followed after the buffalo approached. The older members of the pride attempted to take down one of the buffalo – a brave move. Not only was there an attempt to frighten off the mafia-looking buffalo with a few scare tactics, but there was also a quick attempt at a take down. Ultimate opportunists !

So, just who are this pride? This is the Kambula Pride. A pride originally consisting of the six Mhangeni breakaway lionesses born in 2013. There are currently 4 adult lionesses; and 9 cubs sired by the Birmingham males. A powerful bloodline. This is not the first time the team have spotted the lionesses. Just a few weeks back the entire pride was seen with the Birmingham leaders. 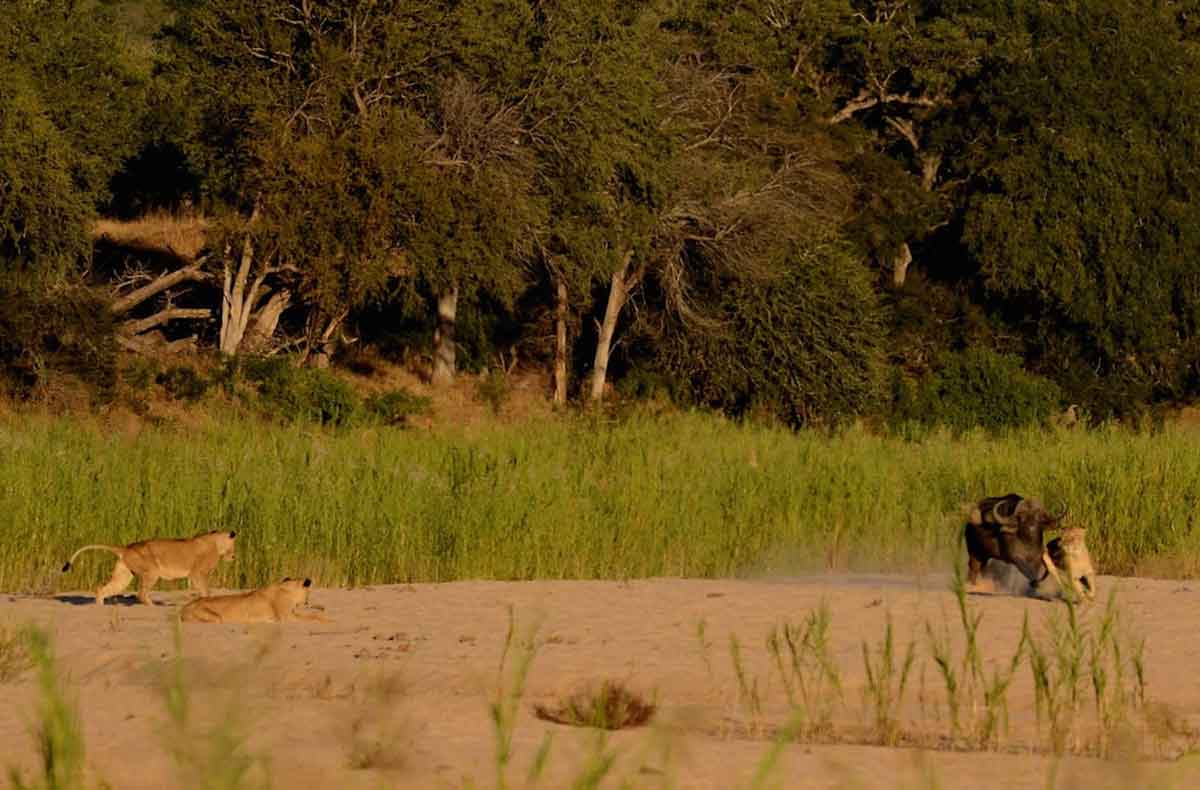 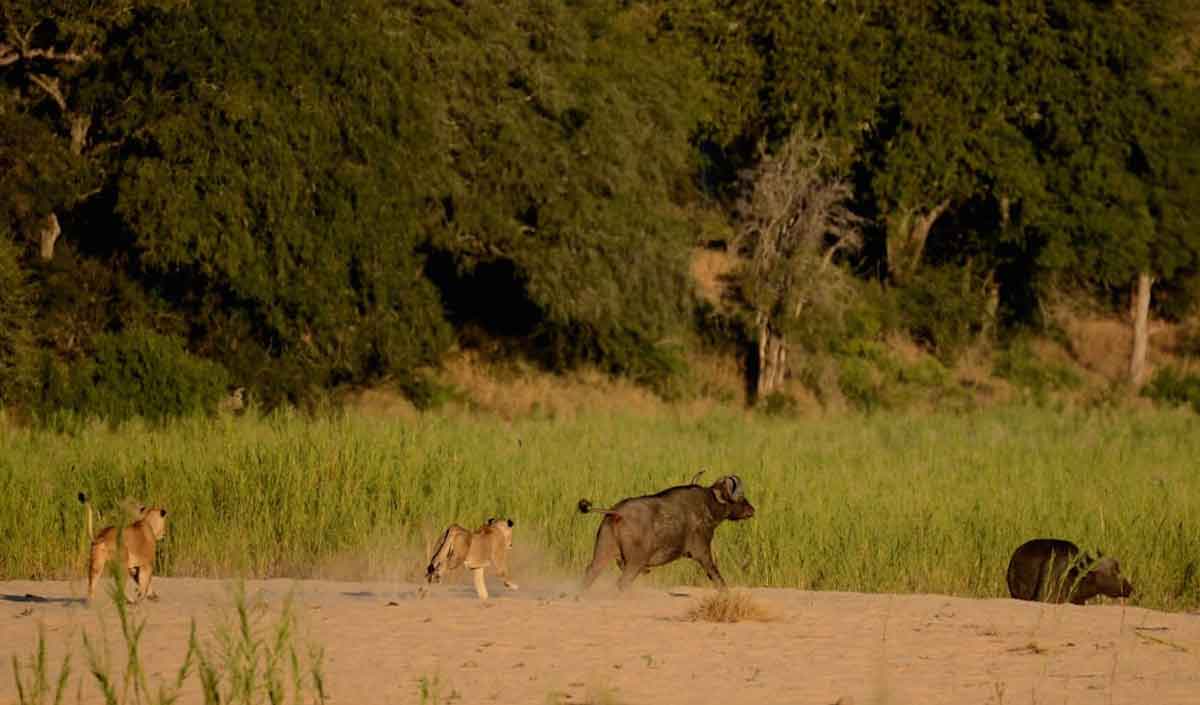 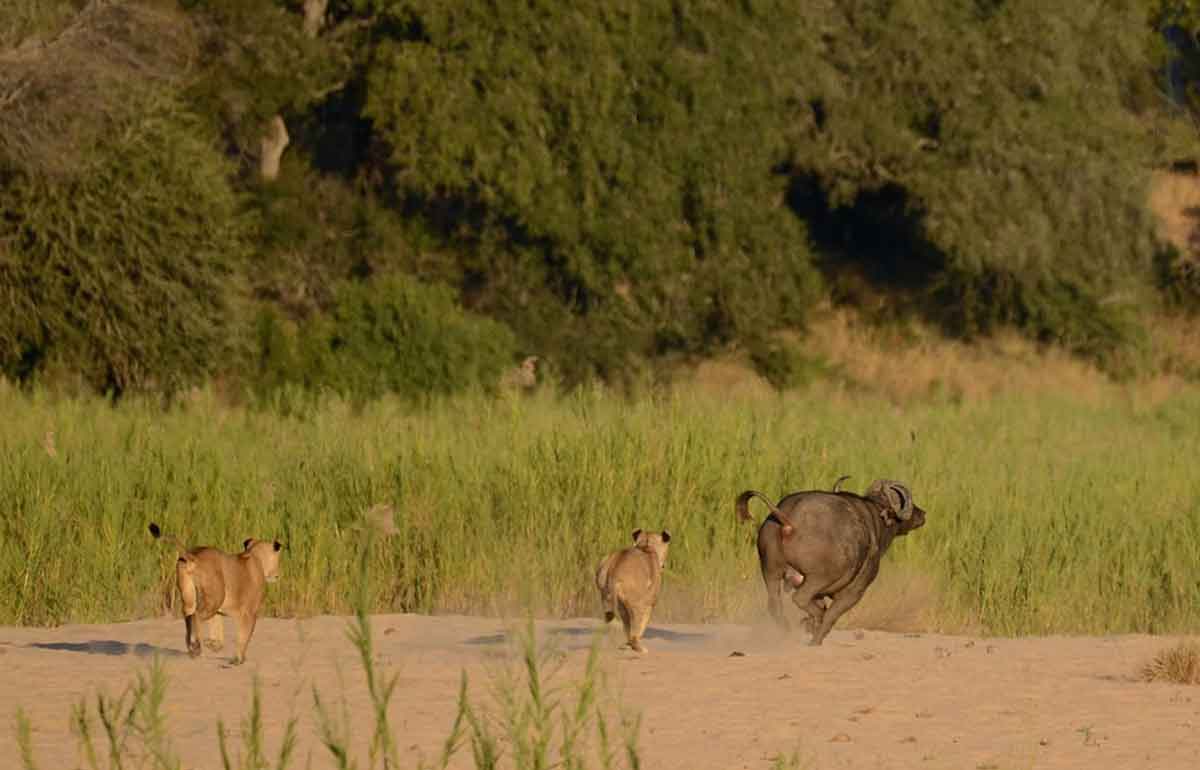 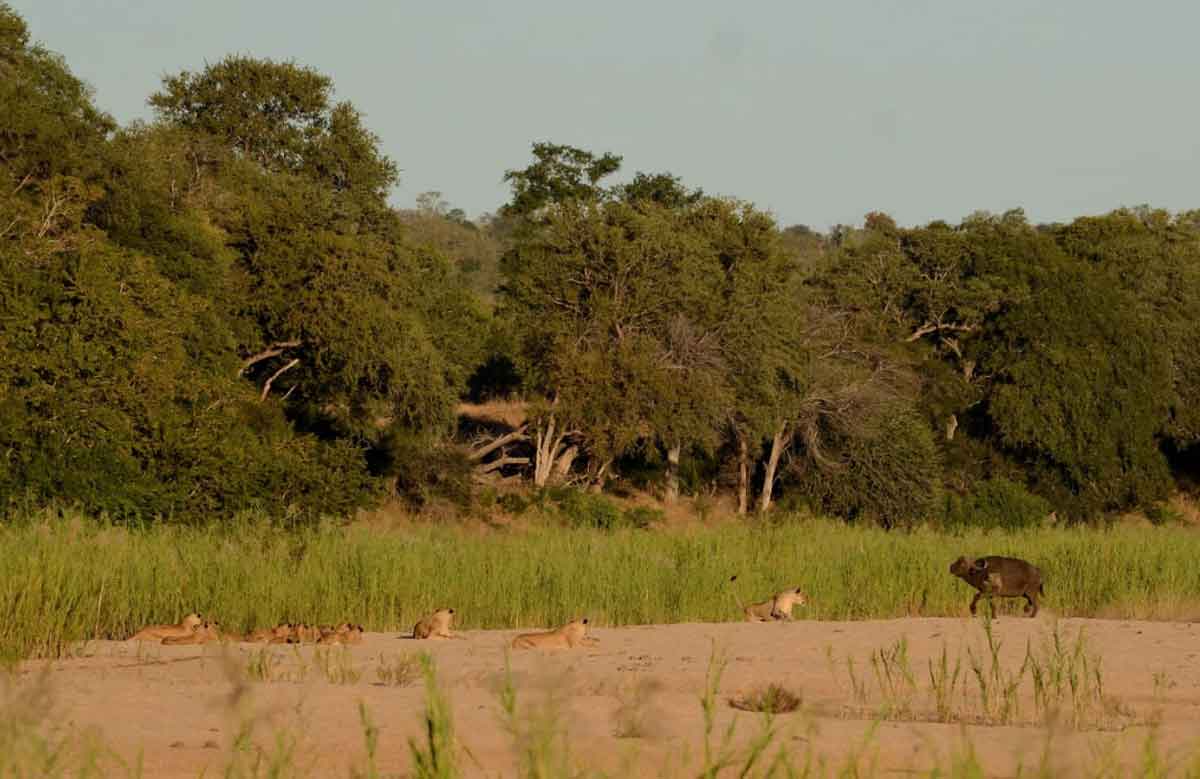 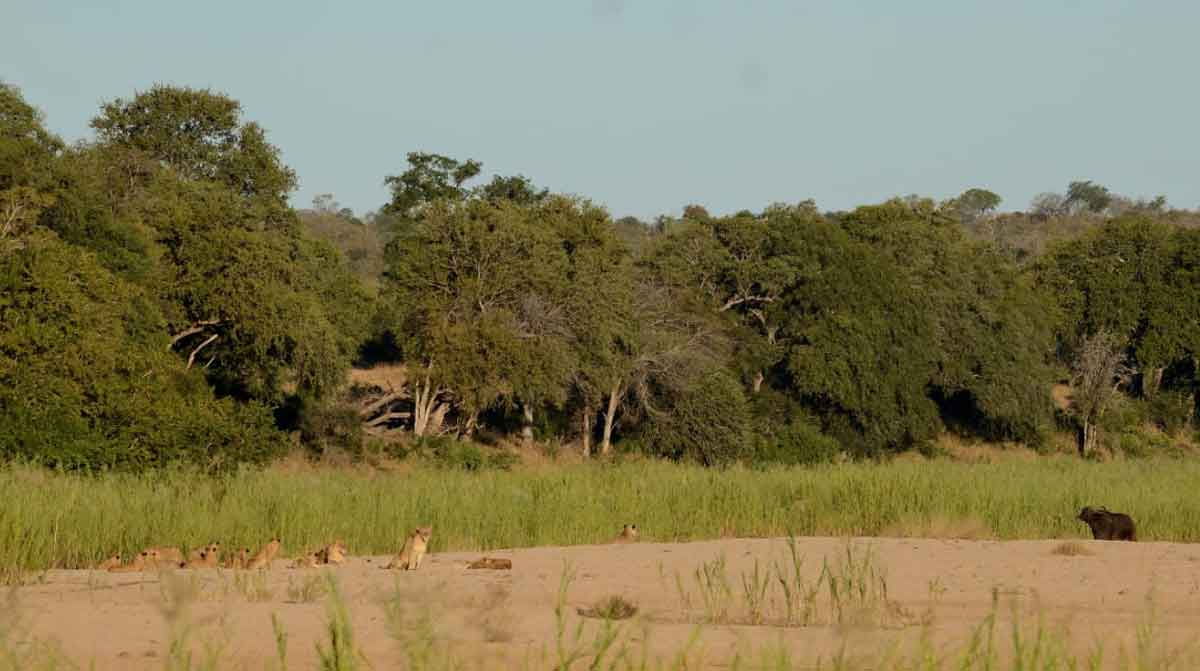