Lions of the Maseke : Lionesses, Sub-adults and The Bushveld Kings 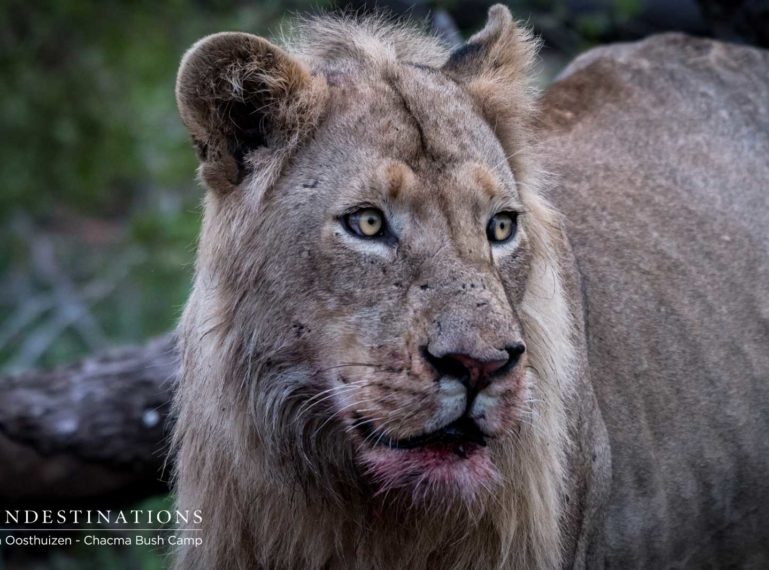 A couple months back we introduced you to a coalition of 6 burly male lions that we know as the “Maseke Males”. These lions patrol their turf with vigour and appear to be in elite physical condition, with two older males seemingly dominating the rest. Our sightings have included the full pride of boys, and then of the four younger males dining out on a kill. The Maseke have certainly made their mark on our reserve, but there came a time when we were wondering about our lack of lioness sightings. We needed to establish the whereabouts of the females, and ranger Luan spent plenty of time tracking the lions of the Maseke.

Male lions are generally drawn to an area that boasts a high density of prey and availability of females. It is in their genetic make-up to sire cubs and continue their elite bloodlines. With so many boys around, there had to be females in the area – and it was up to us to find them.

Lo and behold, we discovered the female of the species! Immersed deep within the mopaneveld in the pockets of knob-thorns and general shrub close to the Lamai gate, we spotted the lionesses.  The females were tucking into a meaty feast of wildebeest, but it was tricky to get 100% visibility due to the sheer density of the surrounding thickets. At least we know there are females in the area, but they already have growing cubs. Were the sub-adult cubs perhaps sired by the Maseke males? In time, Luan and the team will find out. We are slowly establishing  the history and the lineage of the lions of the Maseke Game Reserve, but it can be a complex task given the wide range a lion patrols. 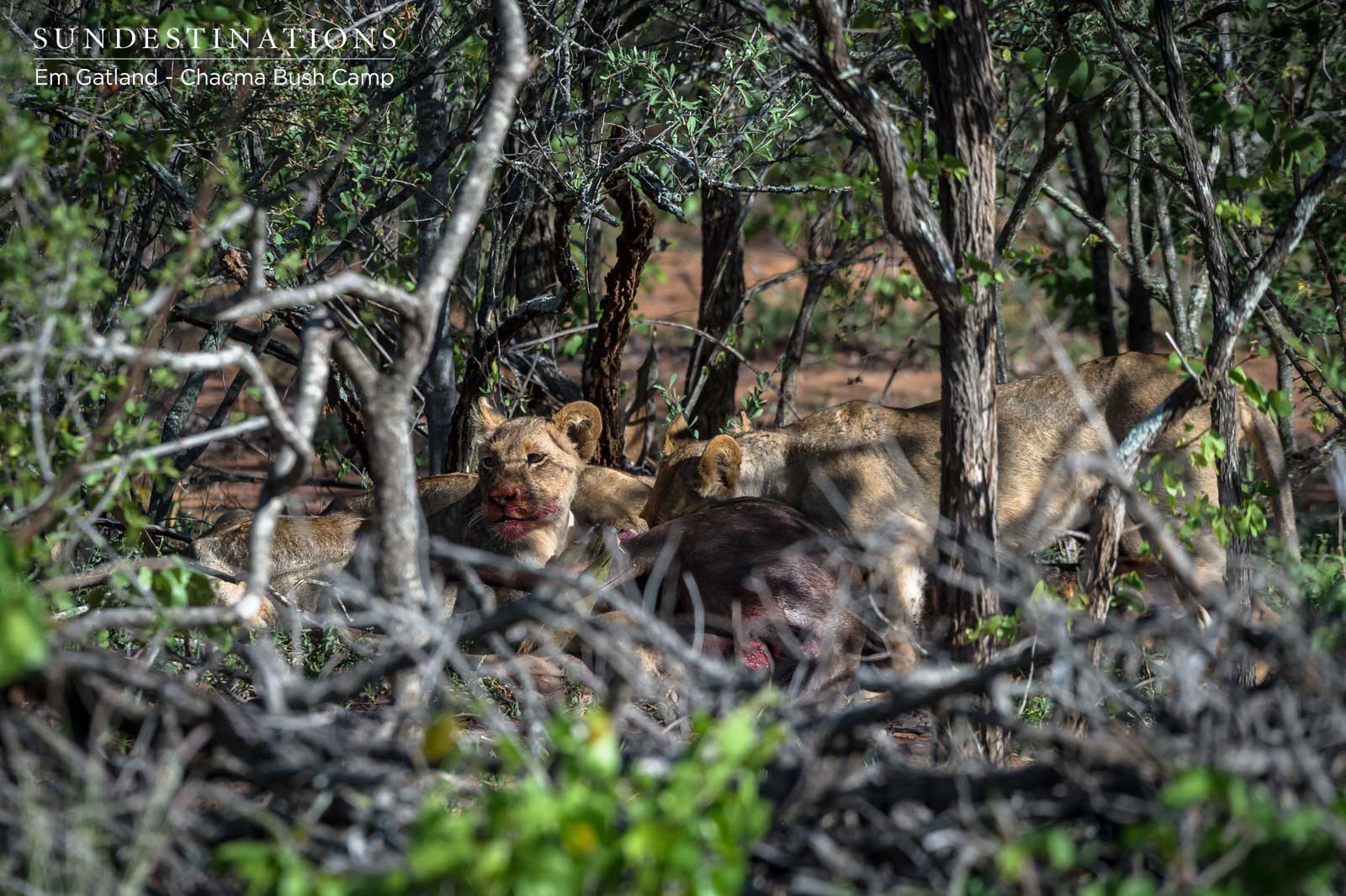 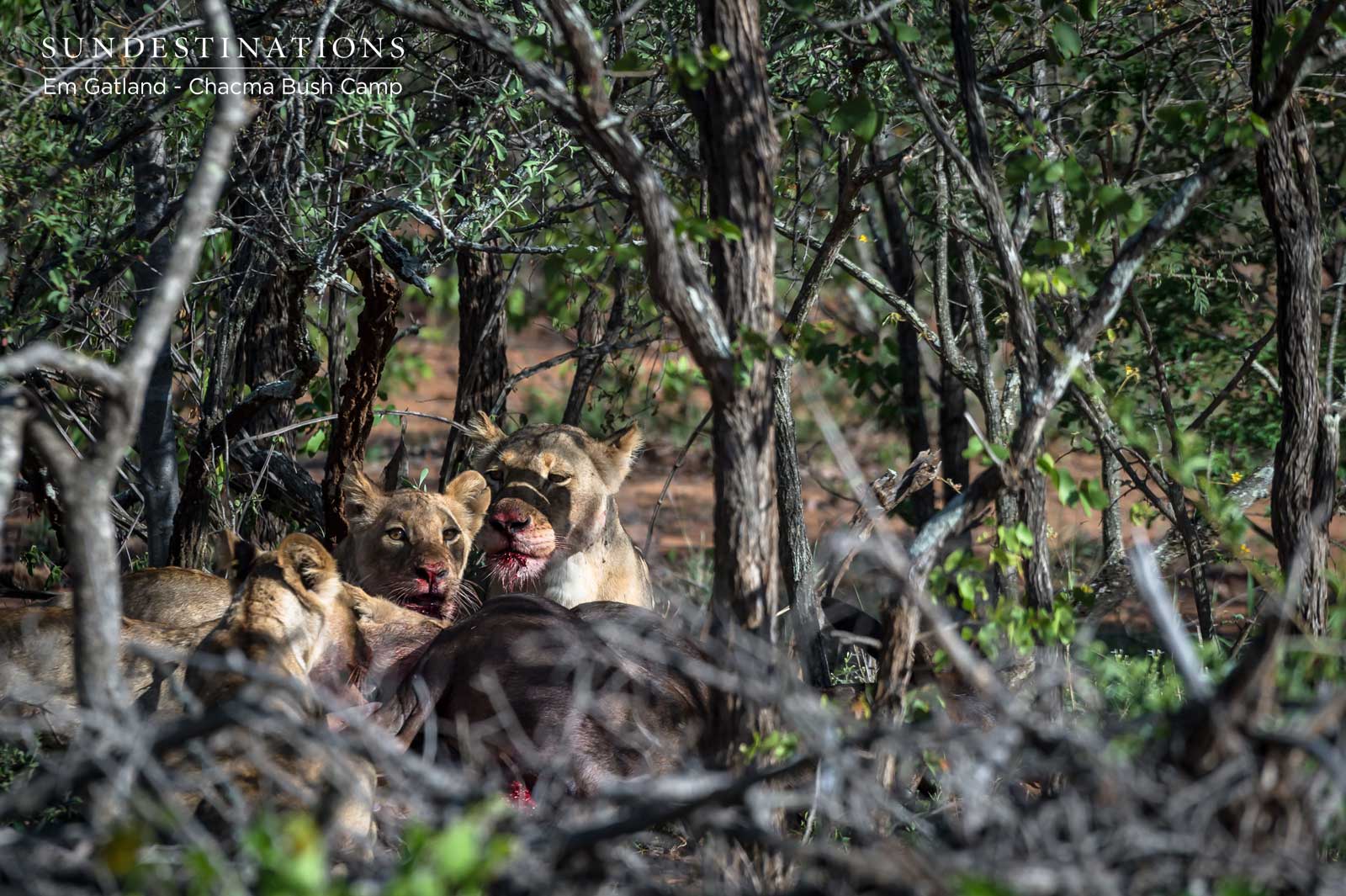 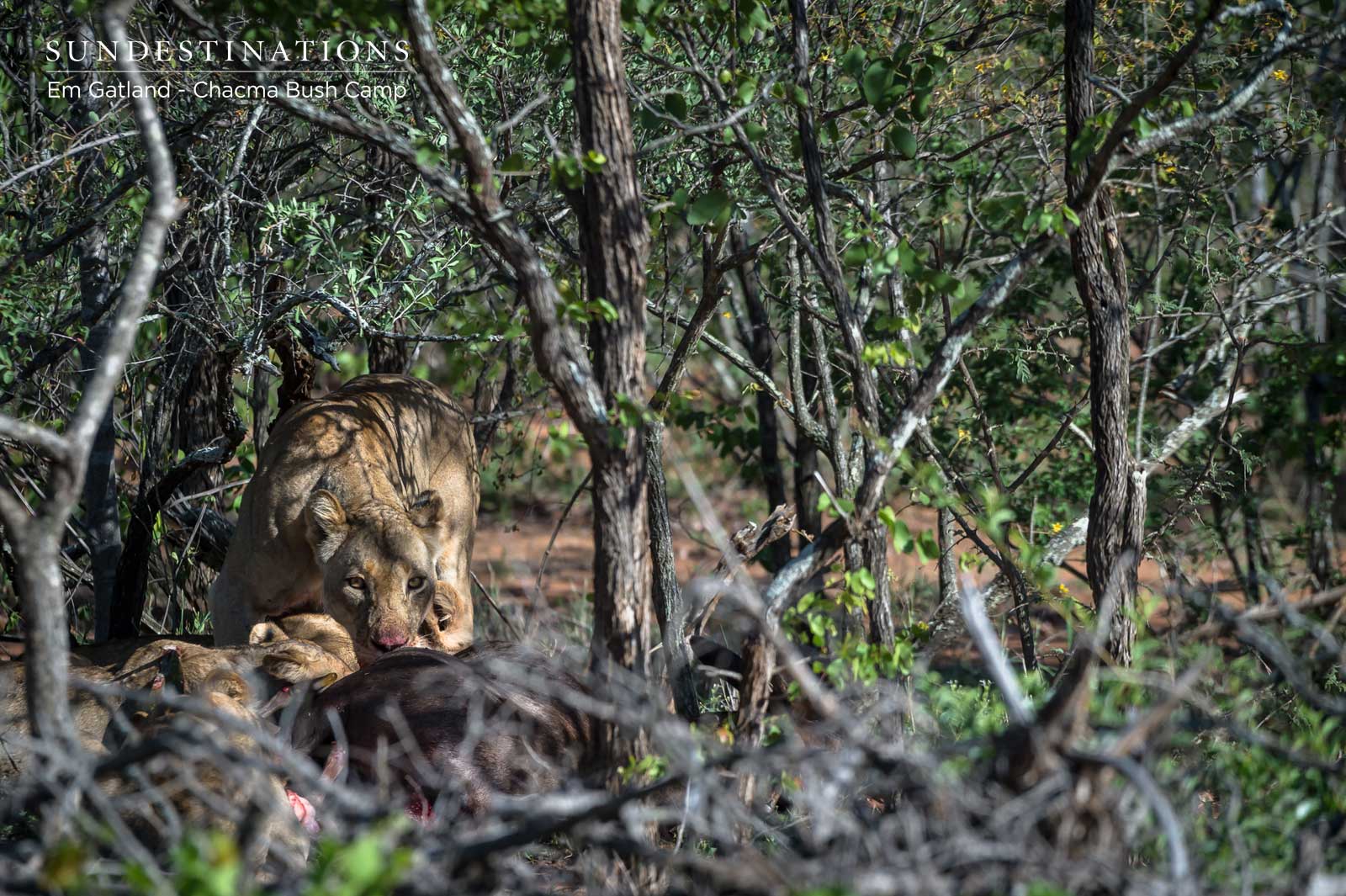 After spotting the lionesses we were also lucky enough to witness the Maseke males take down a buffalo. This coalition of brute force is quite the dominant power on our reserve – good luck to any other males pushing boundaries and overstepping their mark.  These males rule the land with an iron fist!

We sat with these males for ages, watching them tear into cartilage and gorge themselves on ripe, fresh flesh. The scene was brutal, but necessary for the survival of our bushveld kings. Lions will eat until they cannot move, and will lie on their backs to let their stomachs expand and cascade over their limbs. After observing the final morsels being devoured in a lion feast, you might notice that their breathing becomes laboured. This is because their enlarged stomachs press on their diaphragm. 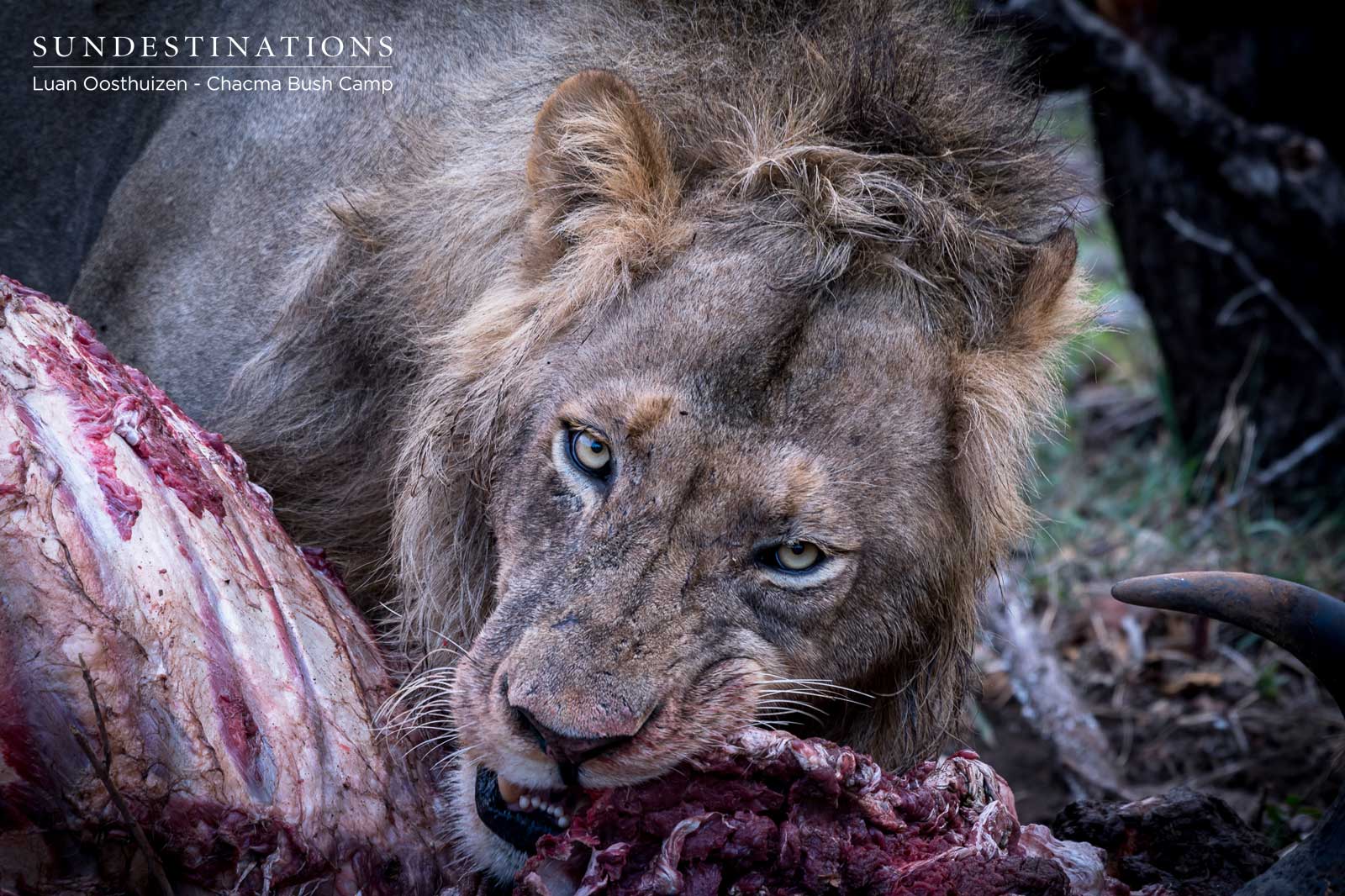 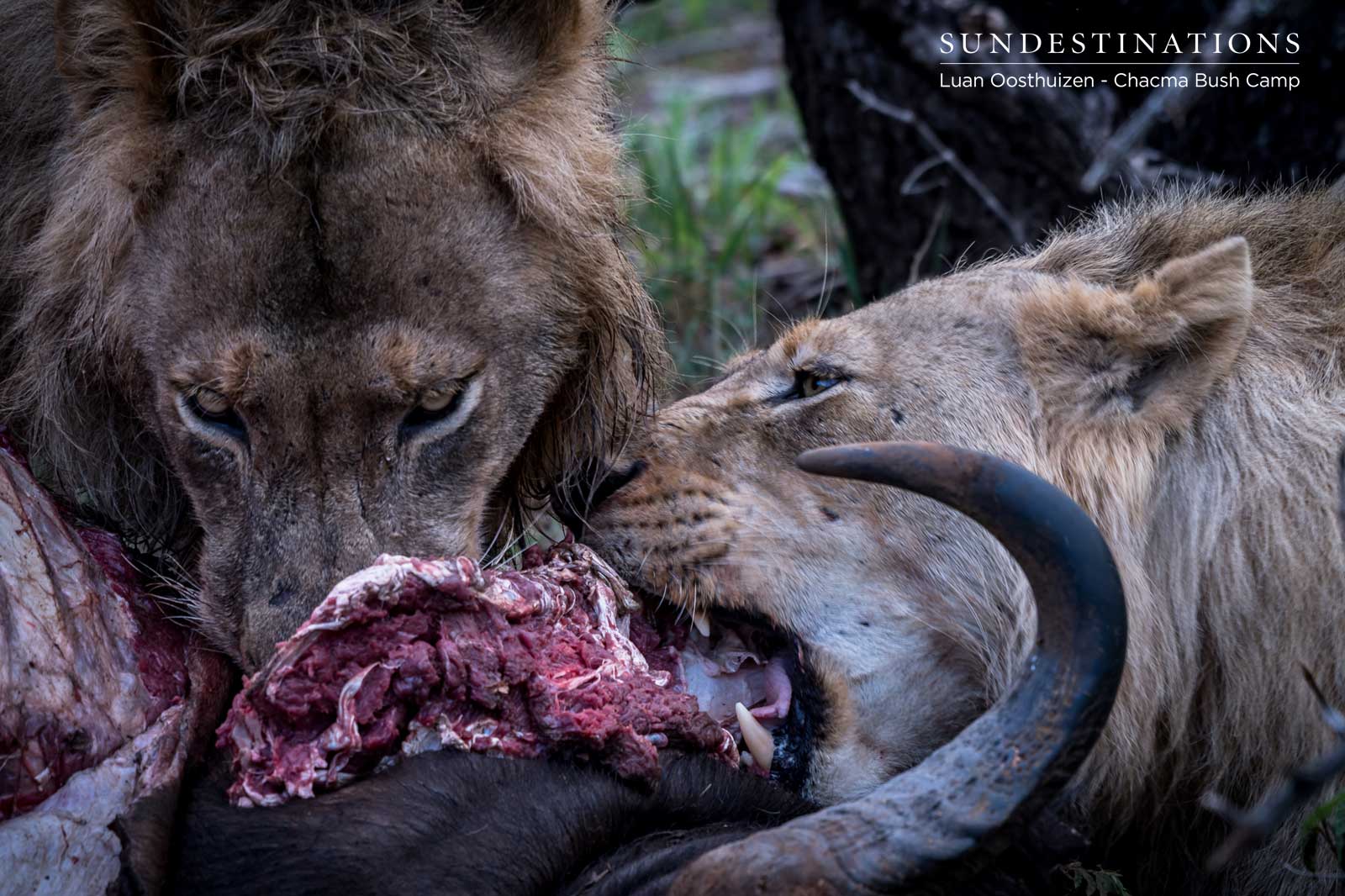 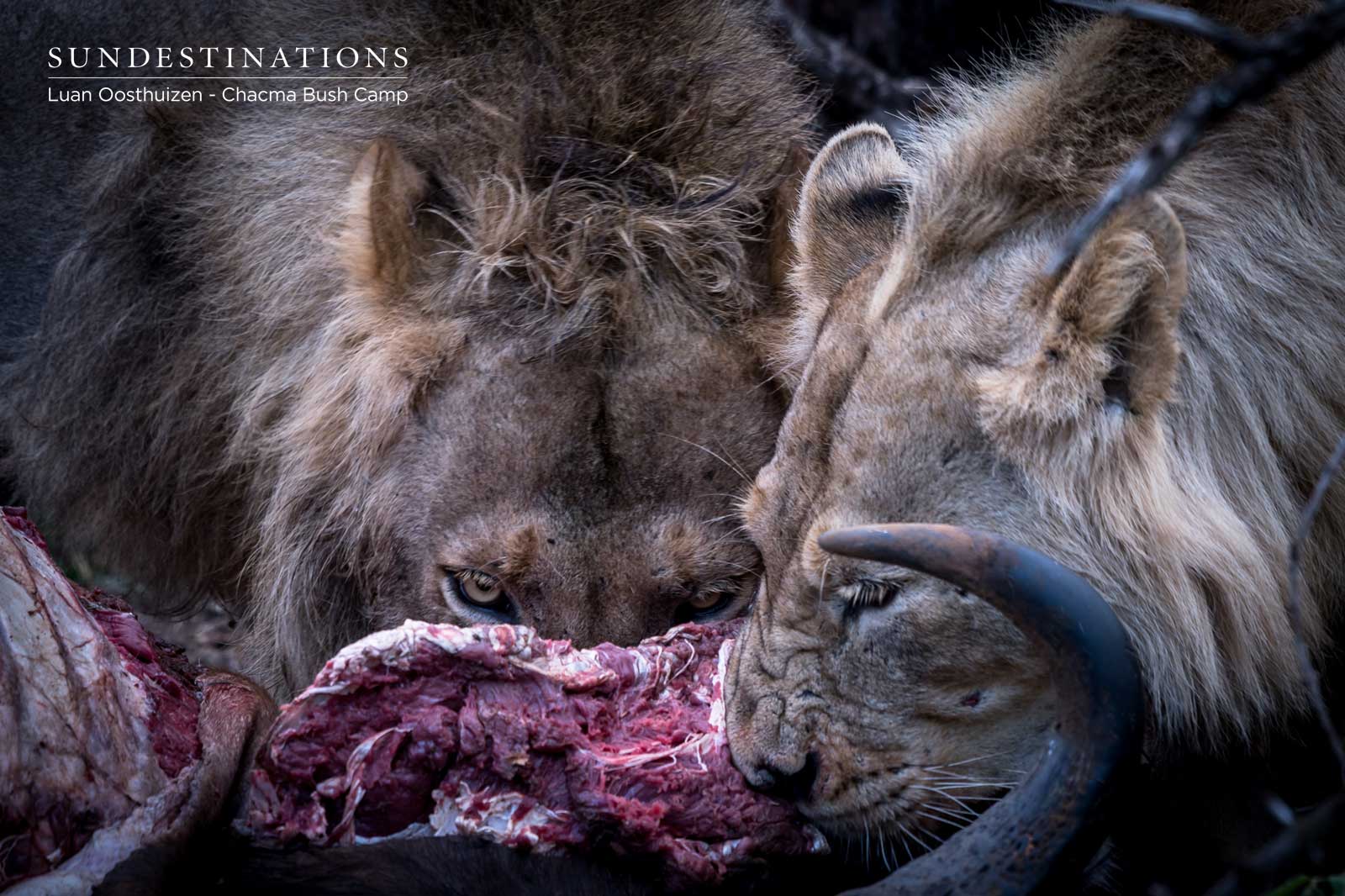 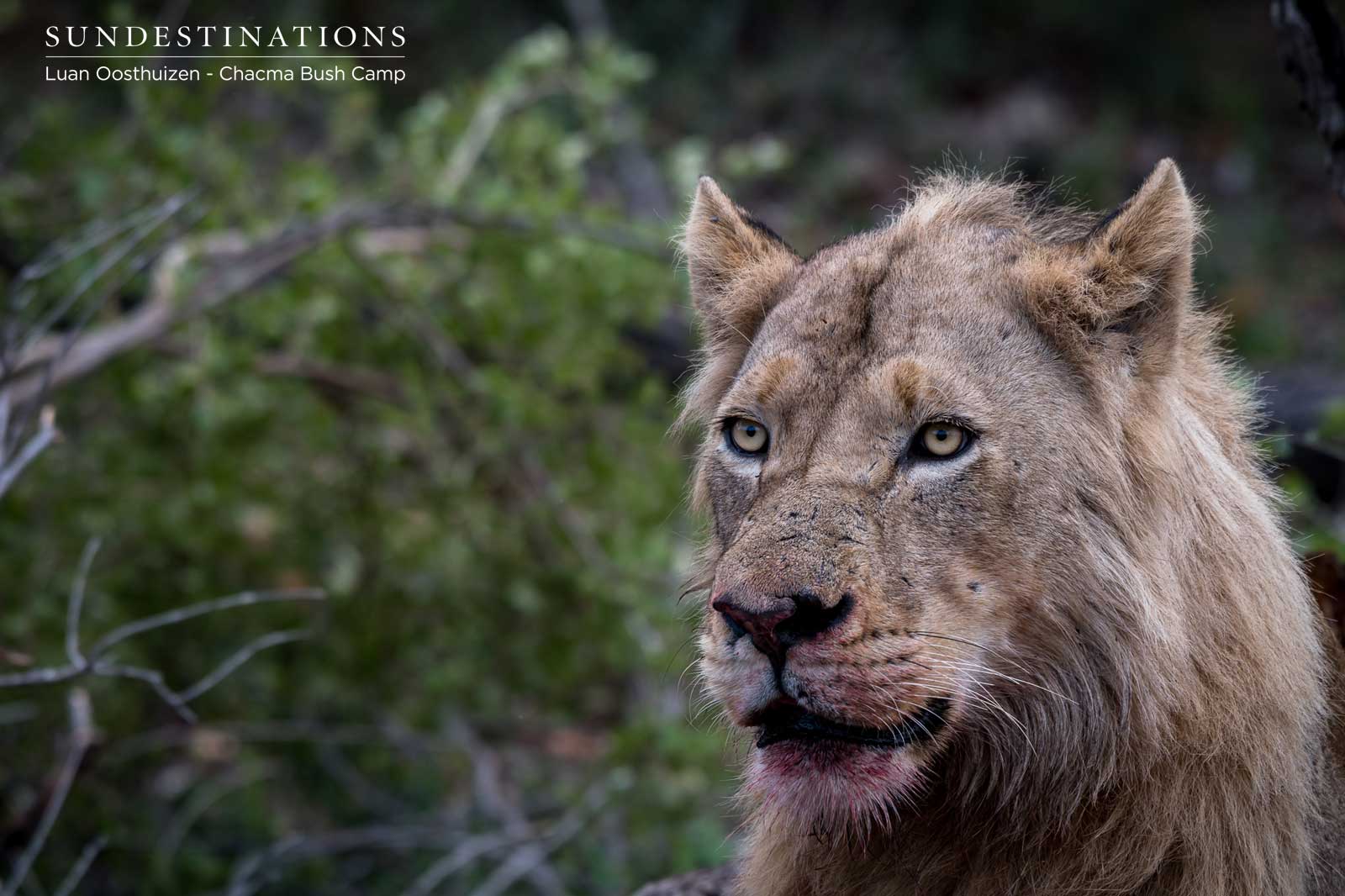 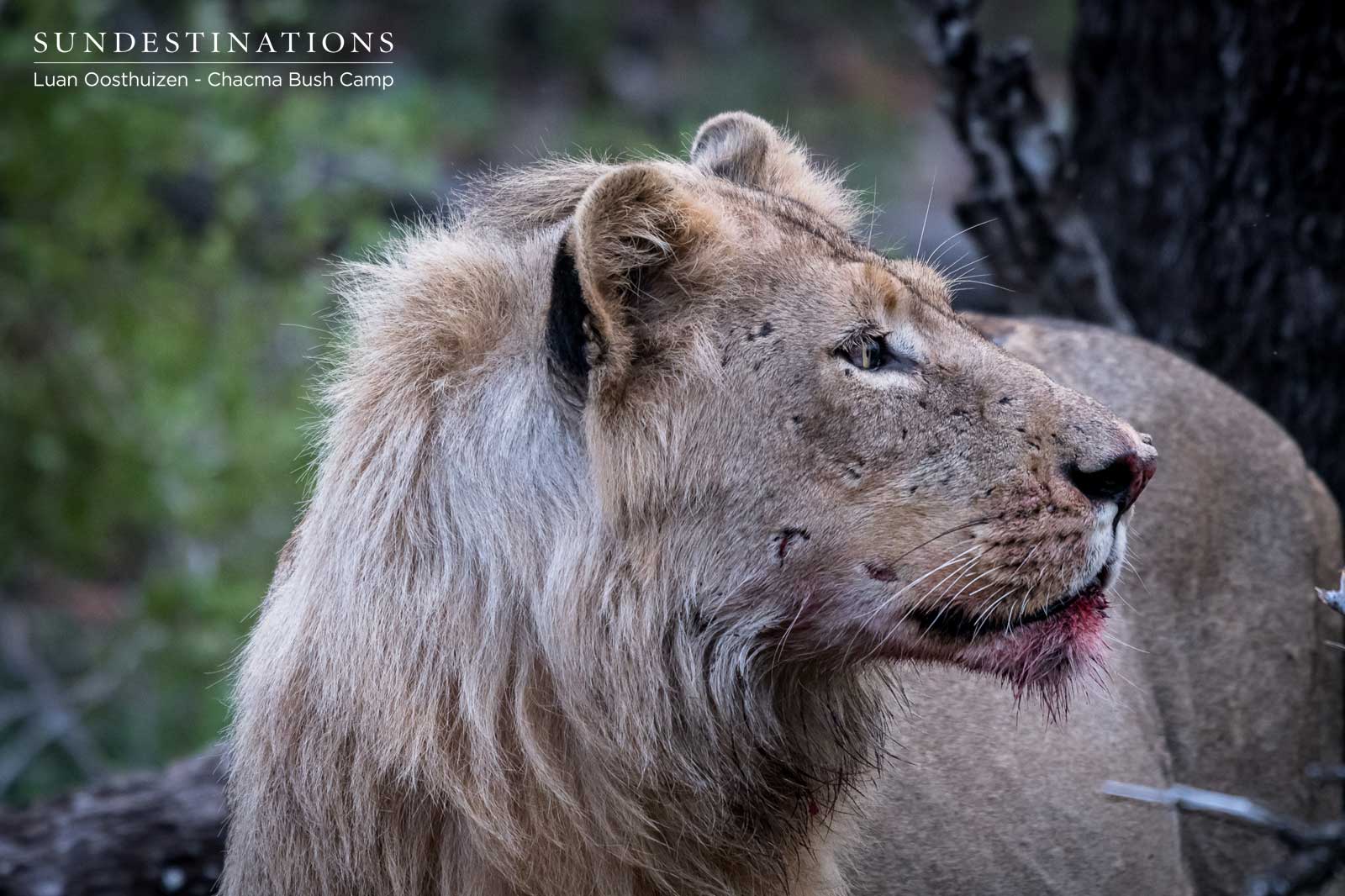 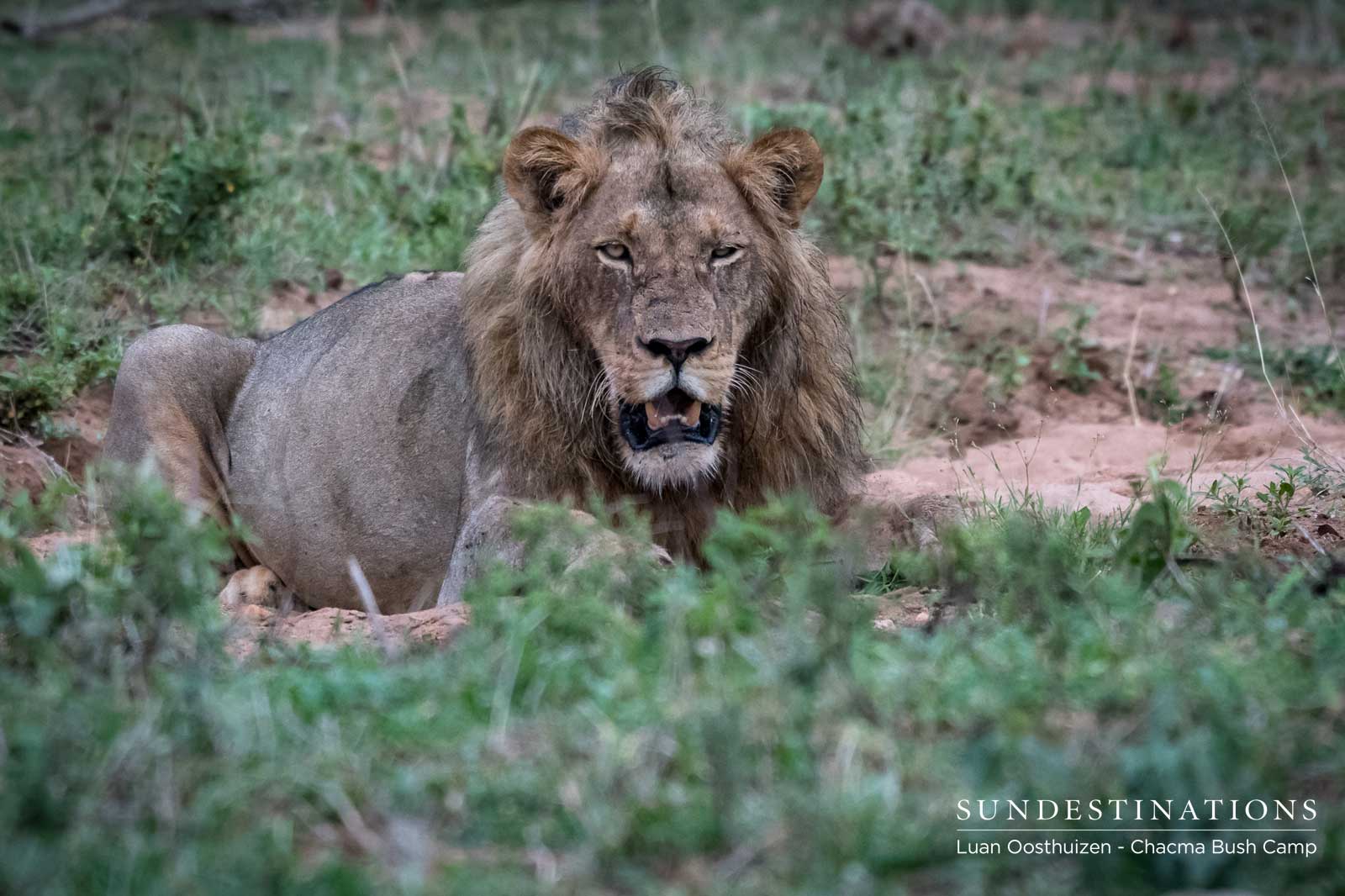 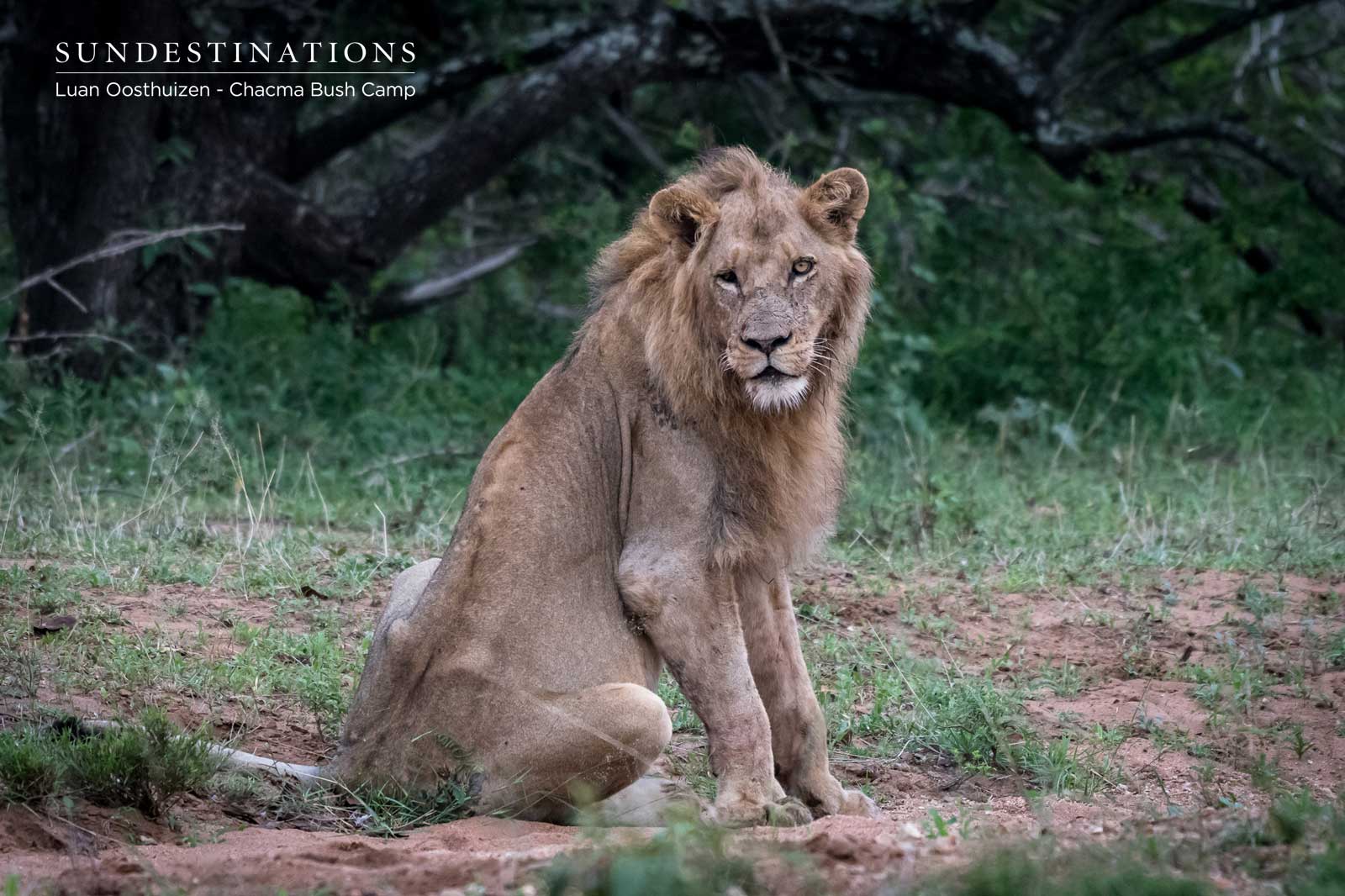 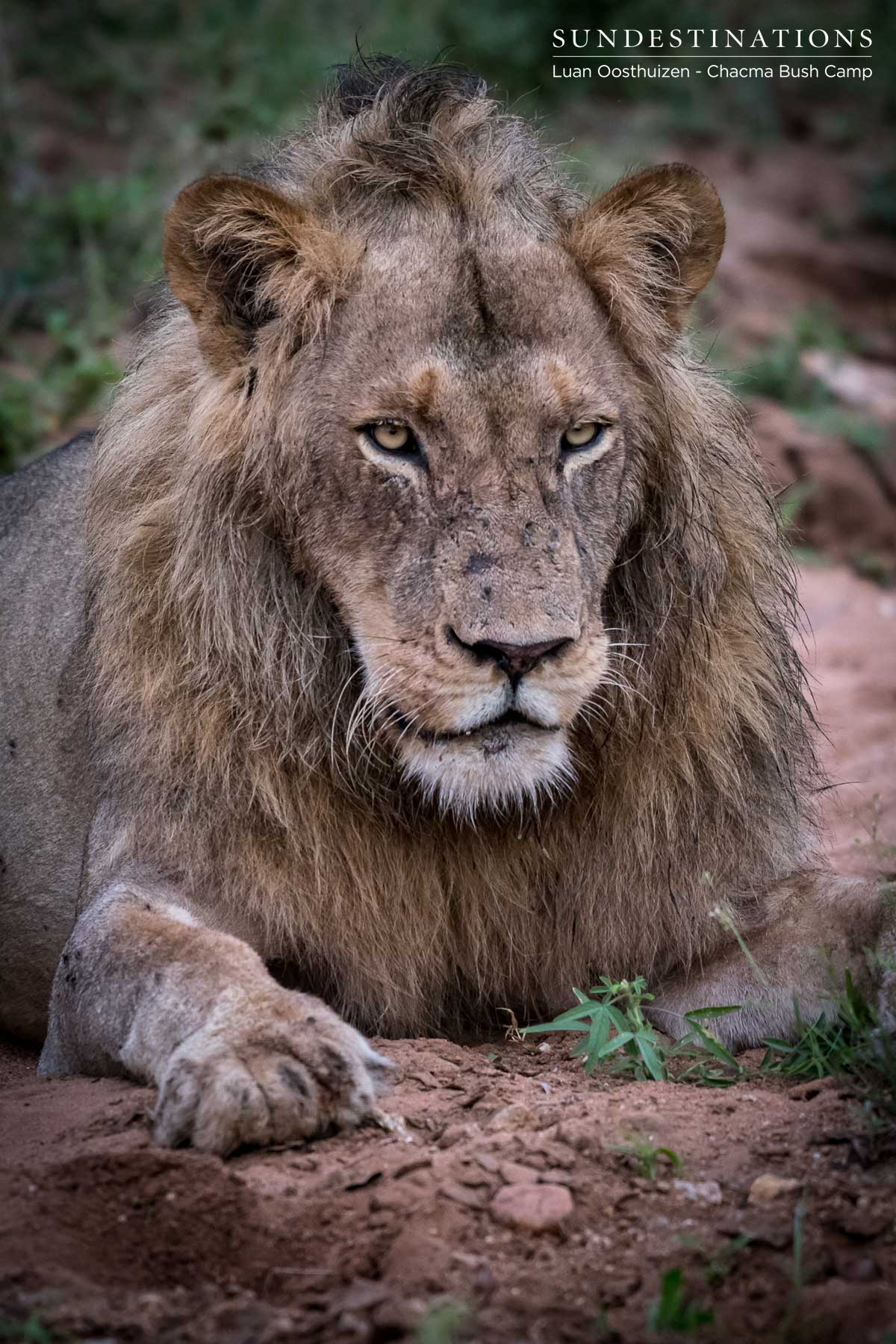 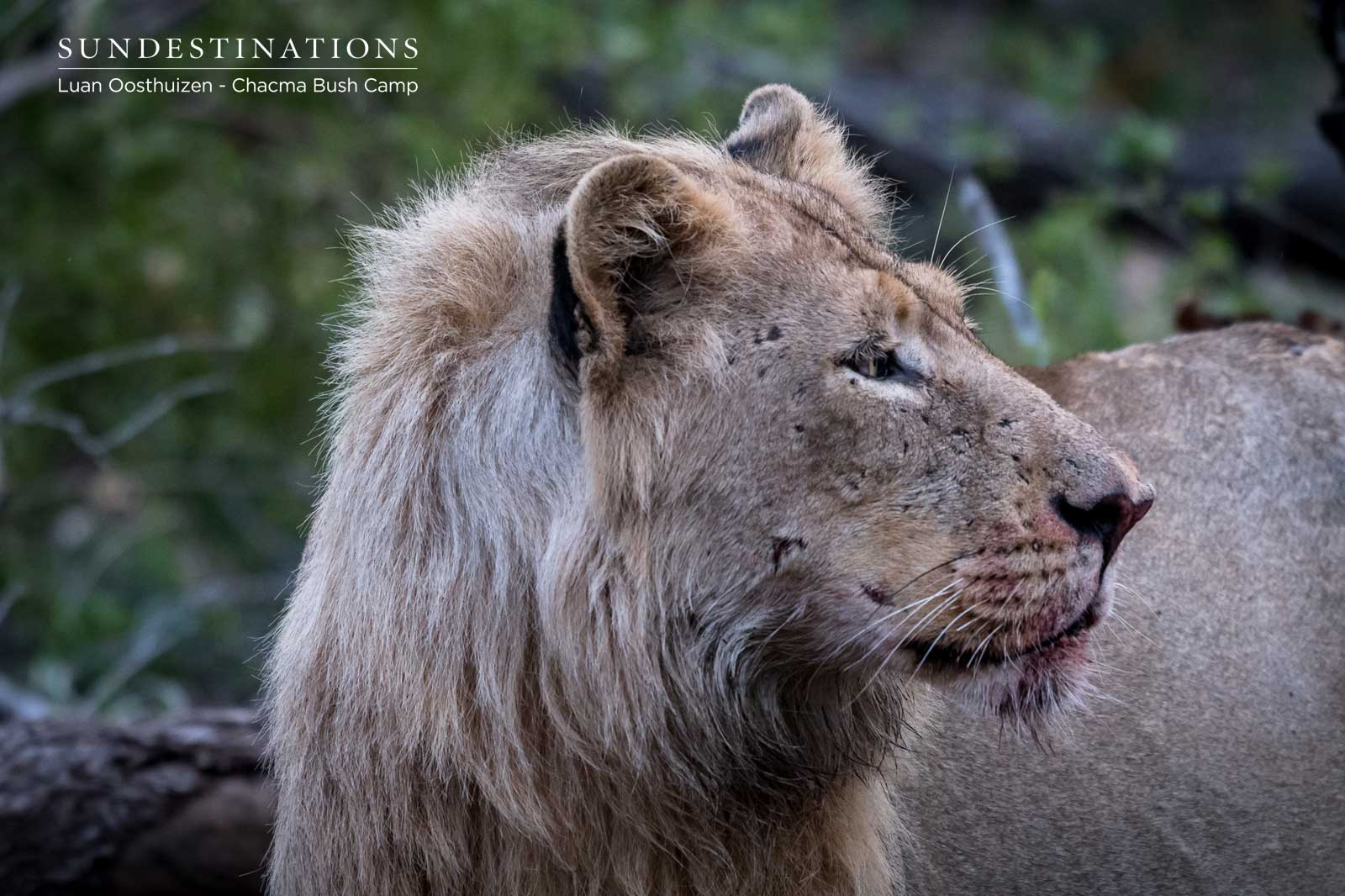 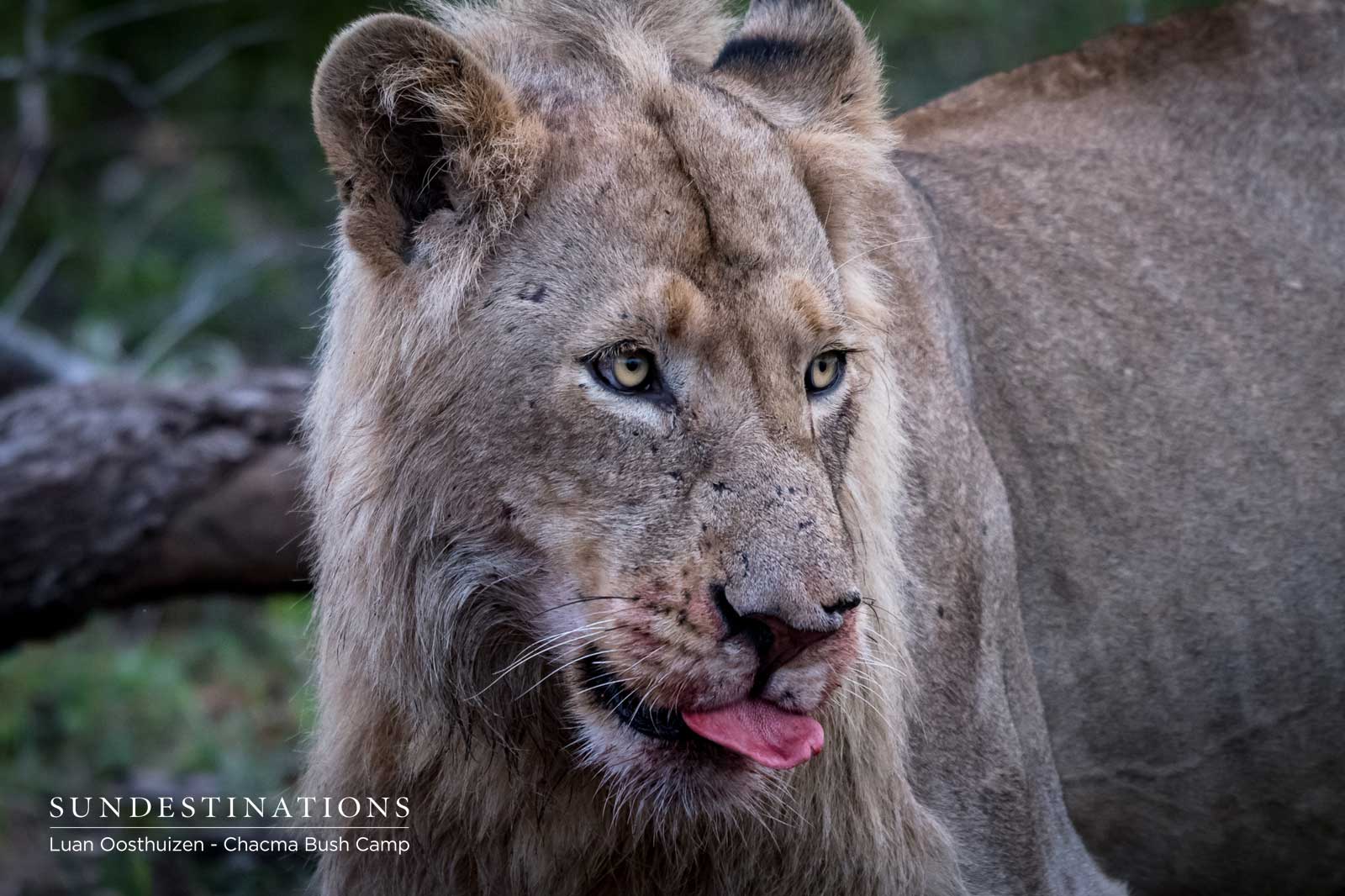 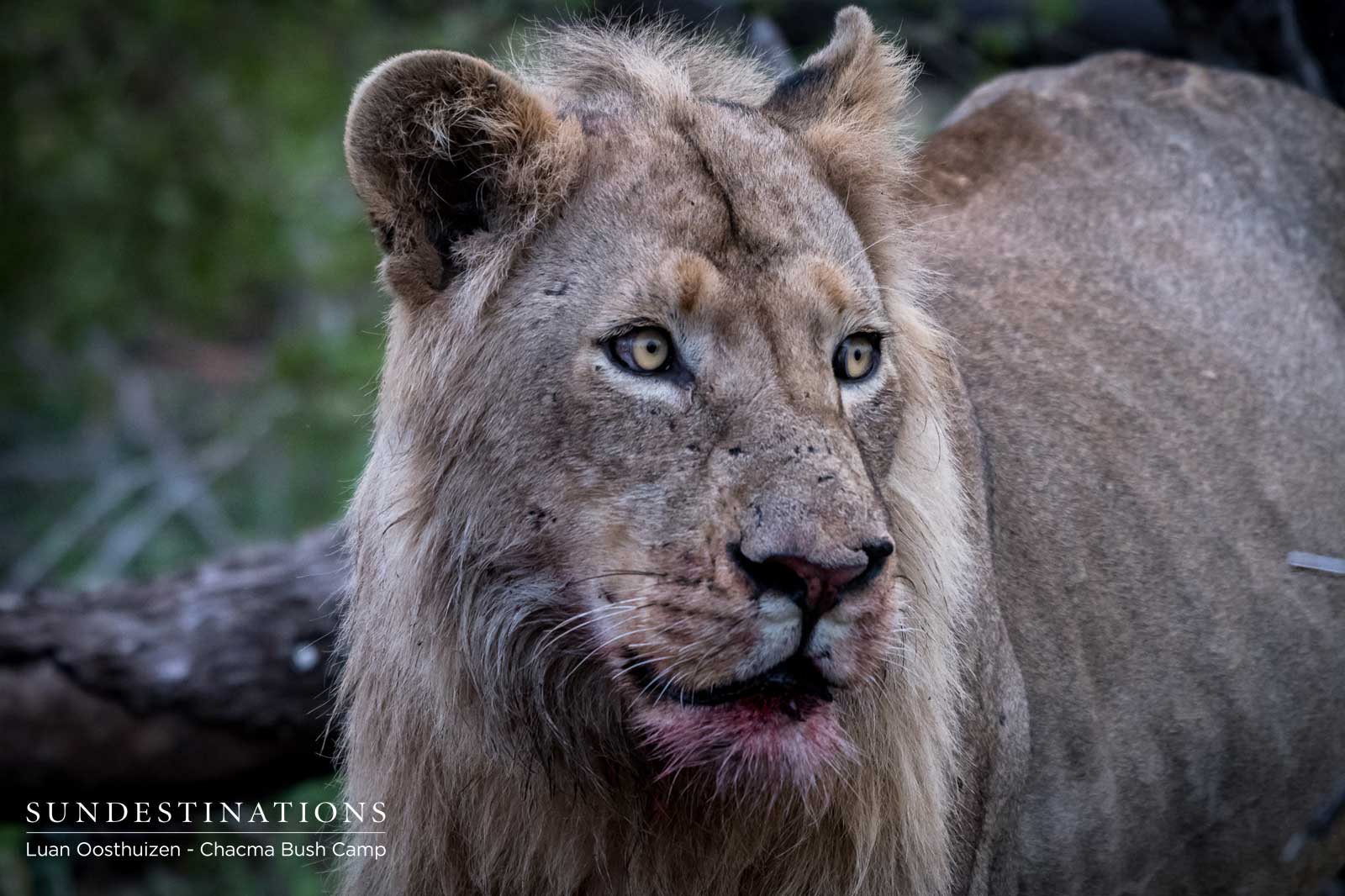 After indulging in the ultimate lion sighting of the Maseke males, we came across yet another set of lions. This time the pride was spotted quite a distance from the Lamai Gate, and were hovering around the Olifants River area close to Nyati. We noticed an older lioness with 3 sub-adult cubs, two males and one female, with one of the cubs being somewhat older than the other. Because they were so close to boundaries we speculate they wondered over from Excellence farm. These lions certainly weren’t sedentary – the older lioness attempted to take down a warthog, but was unsuccessful in her attempts. 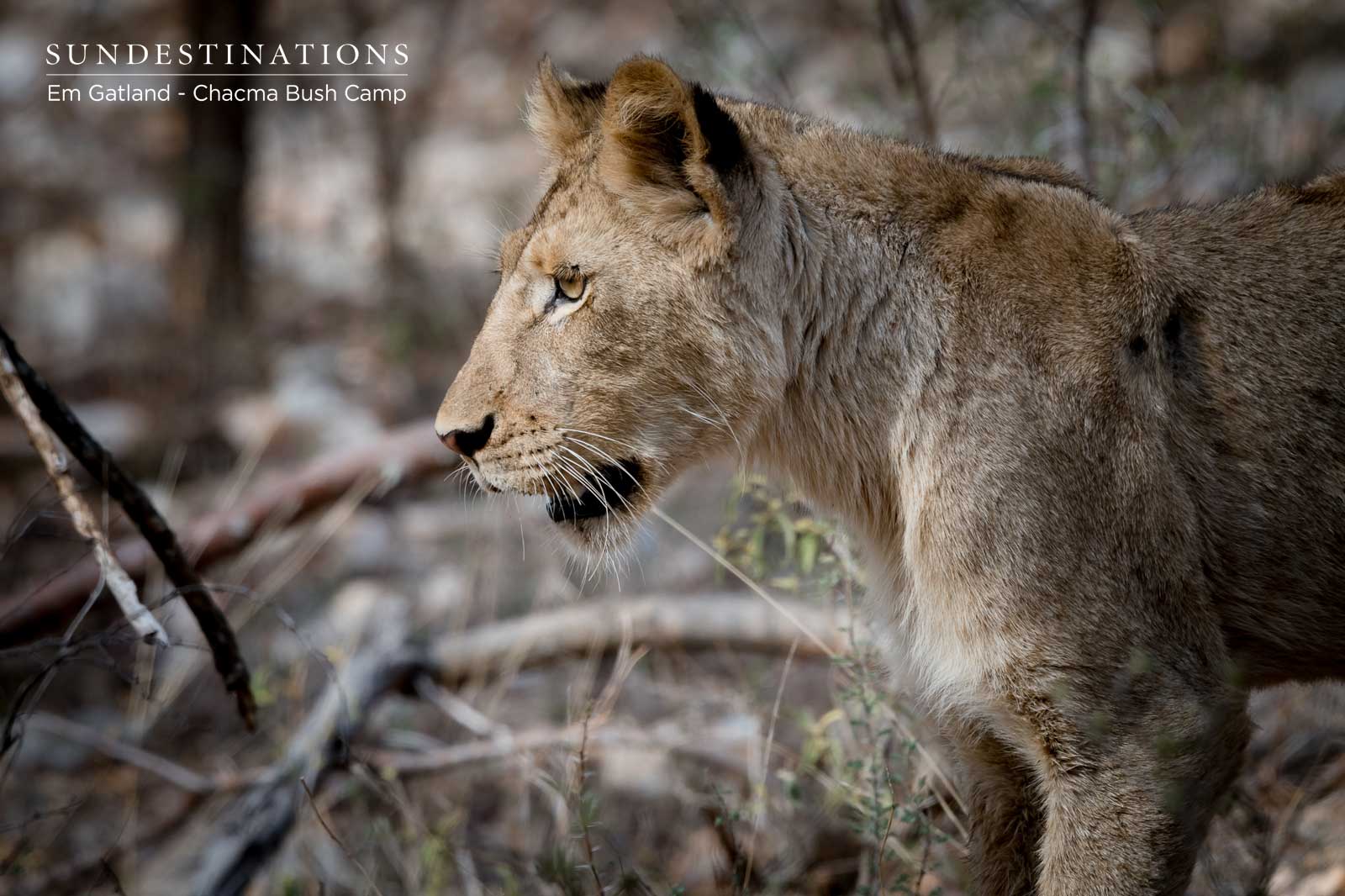 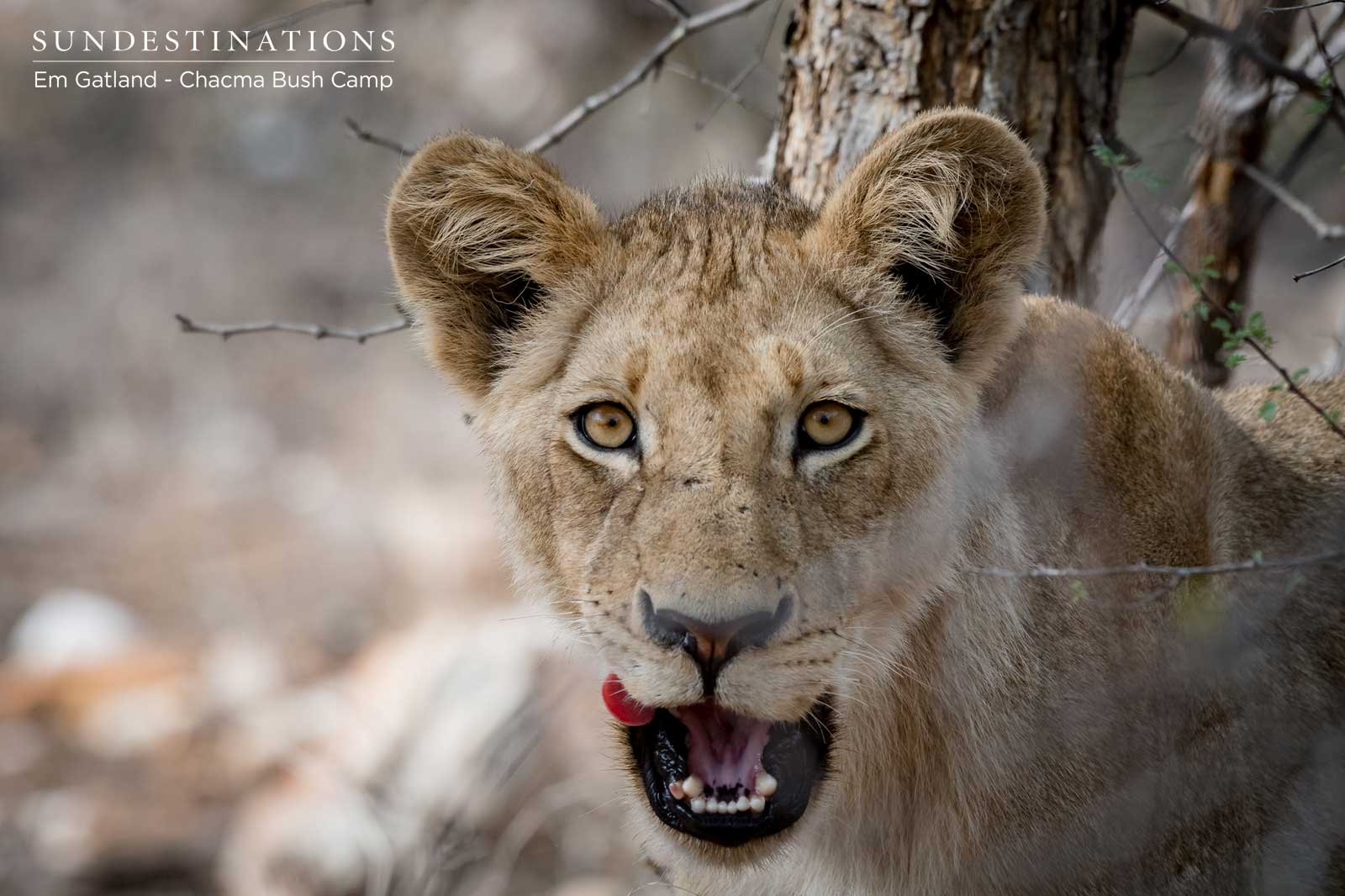 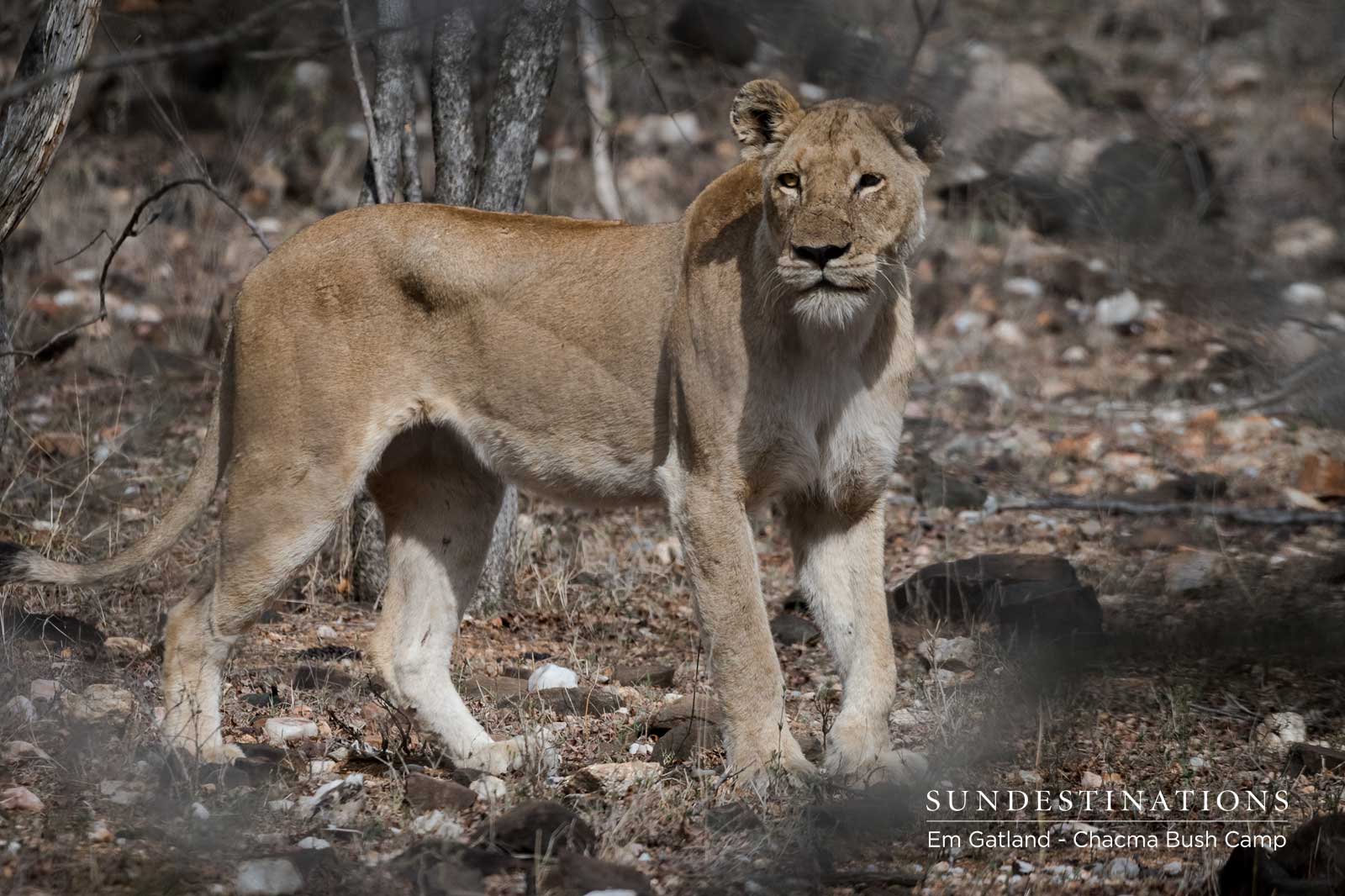 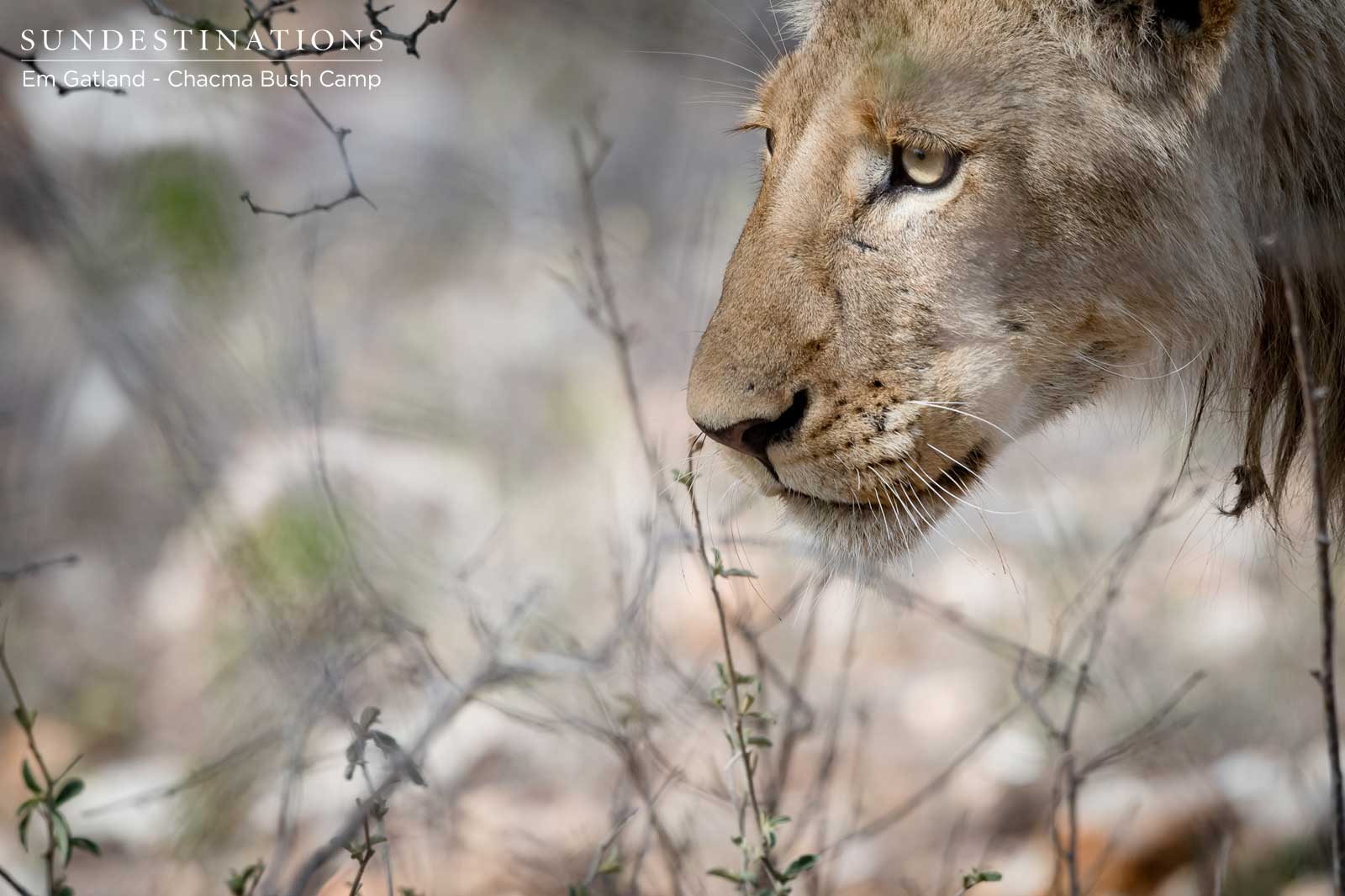 To recap. We spot the Maseke deep in the heart of our traverse on  a regular basis – that we’ve established.  We’ve spotted the female with the older sub-adult lions close to the gate on a kill, and now we’ve just seen another lioness with 3 sub-adult cubs close to the Olifants river. Have any of the Maseke sired these cubs? Who are the lionesses close to the Olifants? Who is the other lioness we saw at the gate? Our quest is to find out how these lions are connected to the Maseke. A complex but worthwhile task that allows us to monitor lion behaviour in the area.