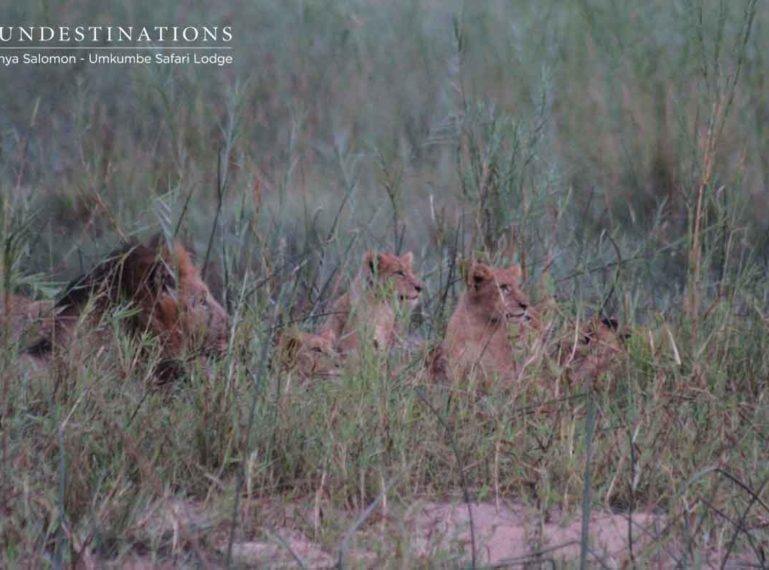 Game drives with Umkumbe Safari Lodge tend to over deliver in terms of leopard sightings. Located in the heart of leopard country in one of South Africa’s most revered reserves, puts Umkumbe in the perfect position to spot these somewhat elusive and obscure predators. Game drives with the passionate team from Umkumbe Safari Lodge are successful when it comes to predator sightings, especially leopards – moments that are never taken for granted. We’re certainly no stranger to the fact that the wild is an unpredictable place, and at times eager safari-goers can be on the bad side of luck; but Umkumbe is consistent with their tracking and spotting of leopards. Of course, recent events on game drives have delivered more than just the stock-standard leopard observations. The past couple of weeks both the muscle-bound lions and trotting wild dogs shared the limelight with the regal patterned cats.

The current crew of local leopards on the Umkumbe traverse are : Nweti, Ntsumi, the White Dam male and – on occasion – the Ndzanzeni female. Nweti is a virile and agile youngster and Ntsumi is a small in stature leopardess. Of course, leopards are notorious wanderers and push boundaries as they come of age. Males head off in search of territory laden with food and females; and females are drawn to areas rich with prey and possible den sites. A female’s territory is significantly smaller than a male’s territory. Youngsters cross over into already established turf and recent mother’s tolerate the presence of cubs on the periphery of their own home ground. Of course, if leopards succumb to the harsh bushveld or shift territories; it also creates space for newcomers. All of these reasons contribute to the constant shift in dynamics with leopard sightings, which we often witness in the Sabi Sand.

The past week the team were afforded ample opportunities to view a few of the local crew of leopards. Guide Tanya stumbled across Ntsumi curled up in a bundle on the warm earth during night drive. Unfortunately, a rather brazen leopard – Tingilia stole her kill right from under her nose. Tingilia is not the friendliest leopard and has quite a bolshy attitude. Nothing better than watching a thieving leopard drama unfold. Clearly Tingilia is not one to mess with! 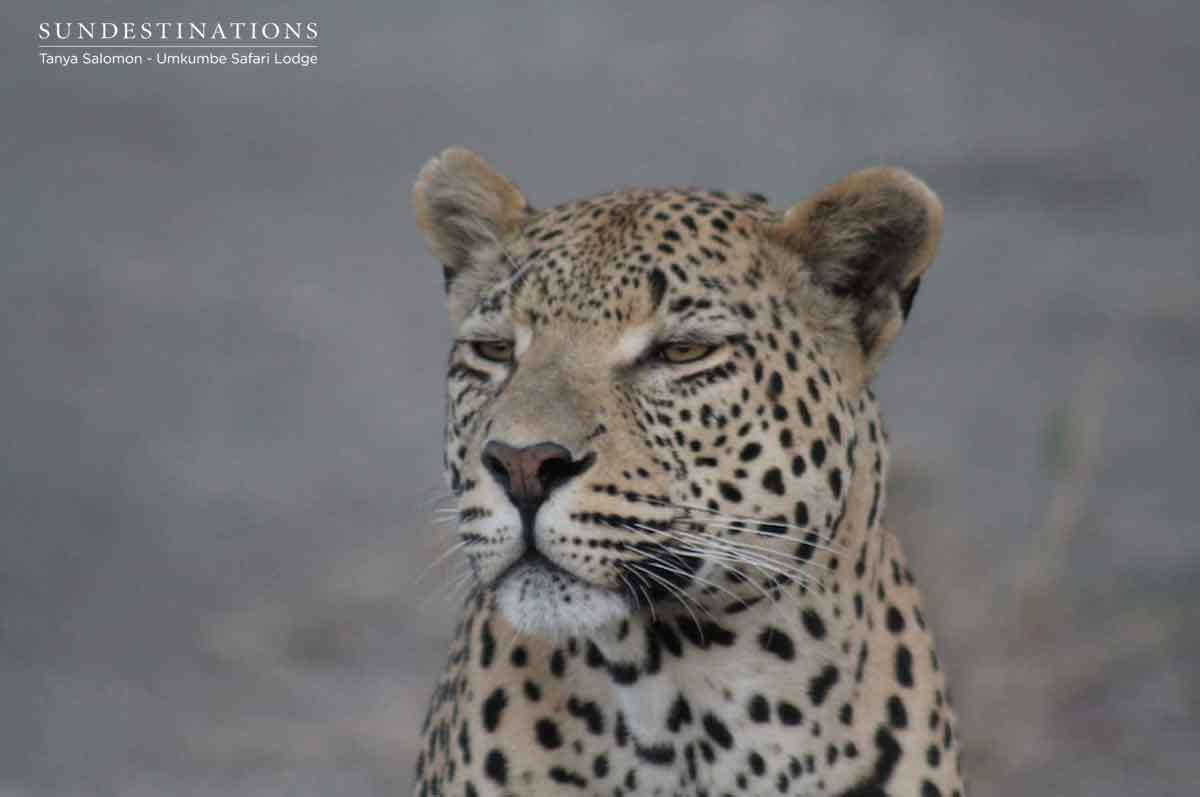 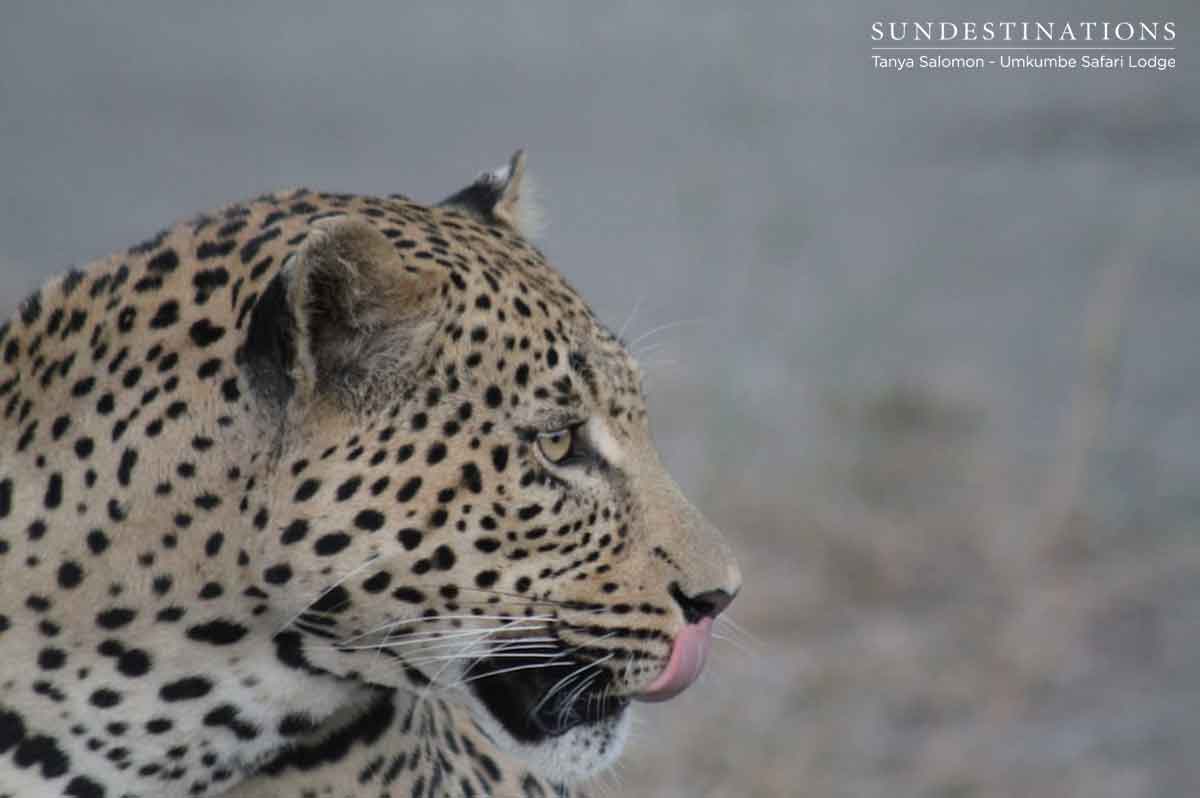 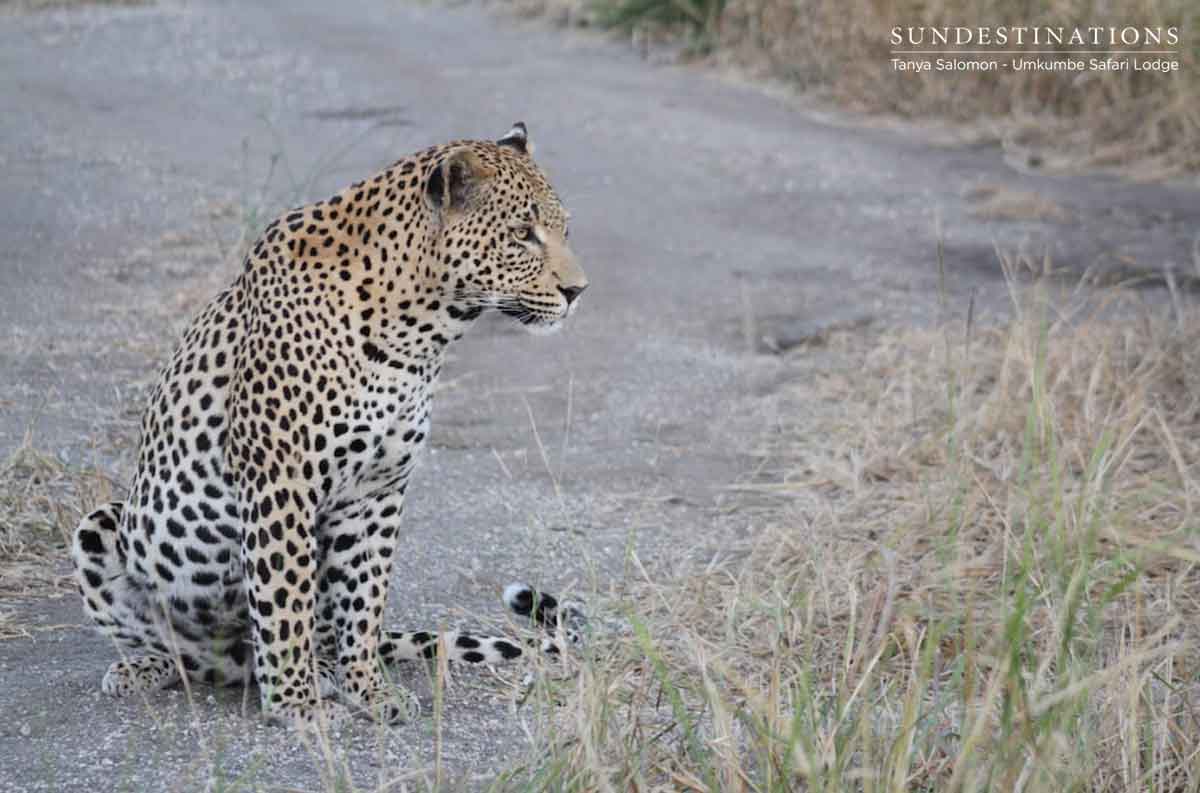 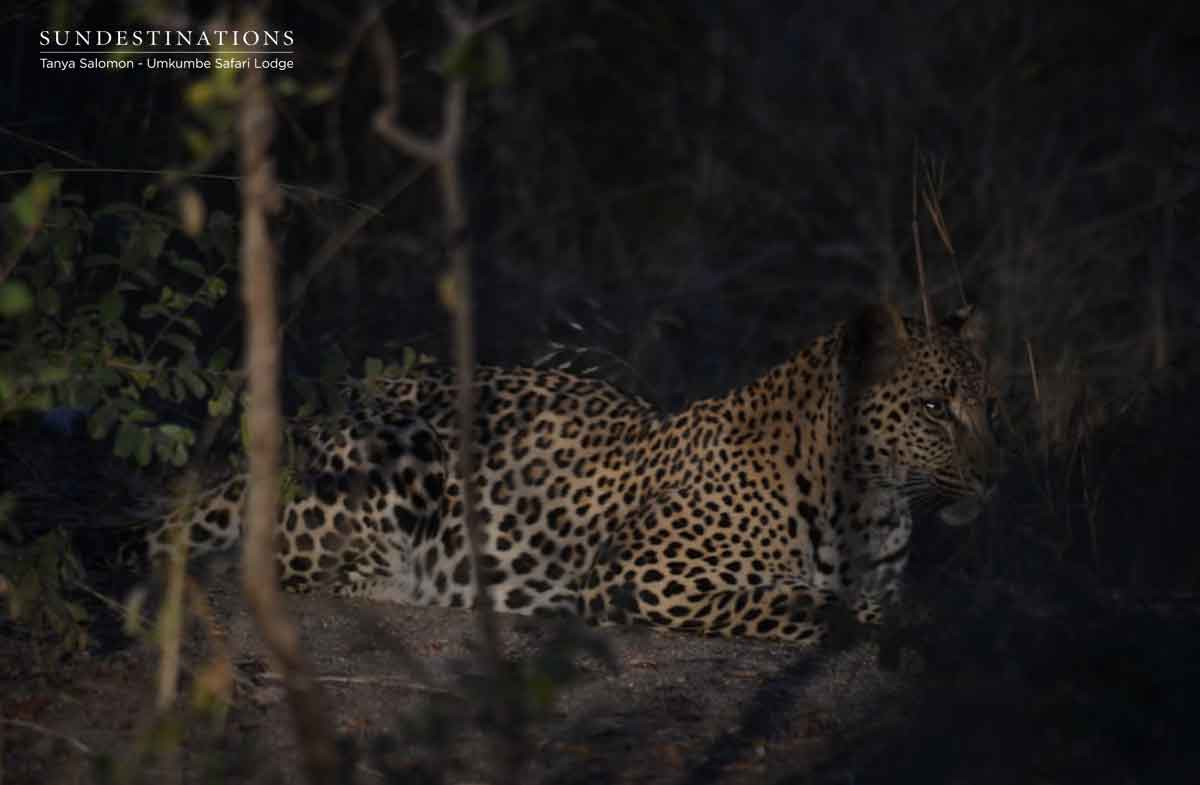 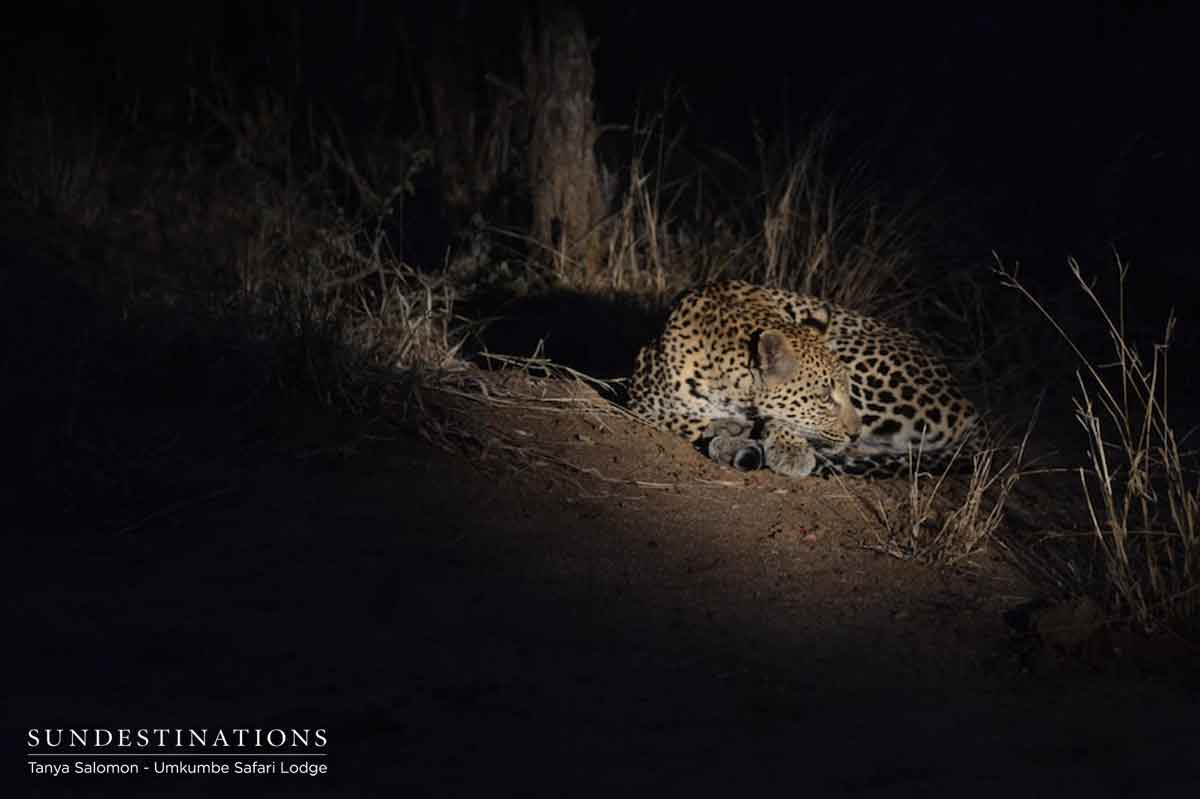 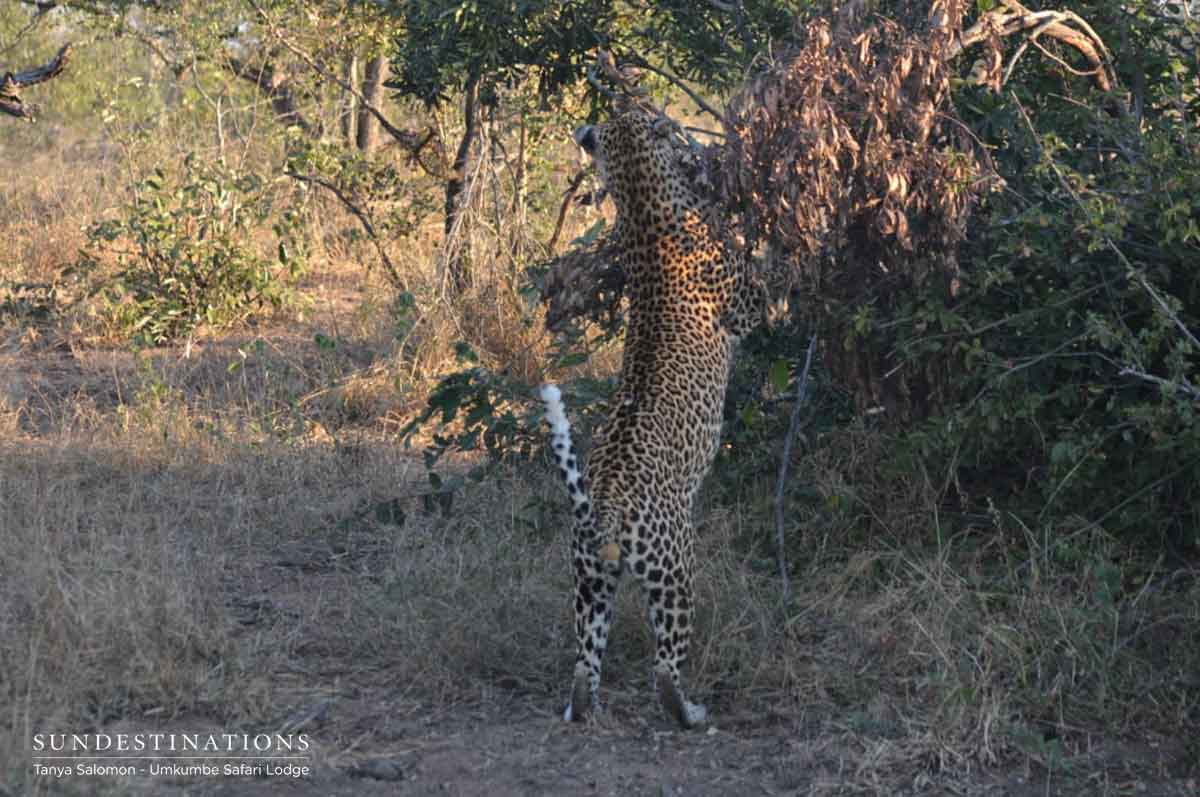 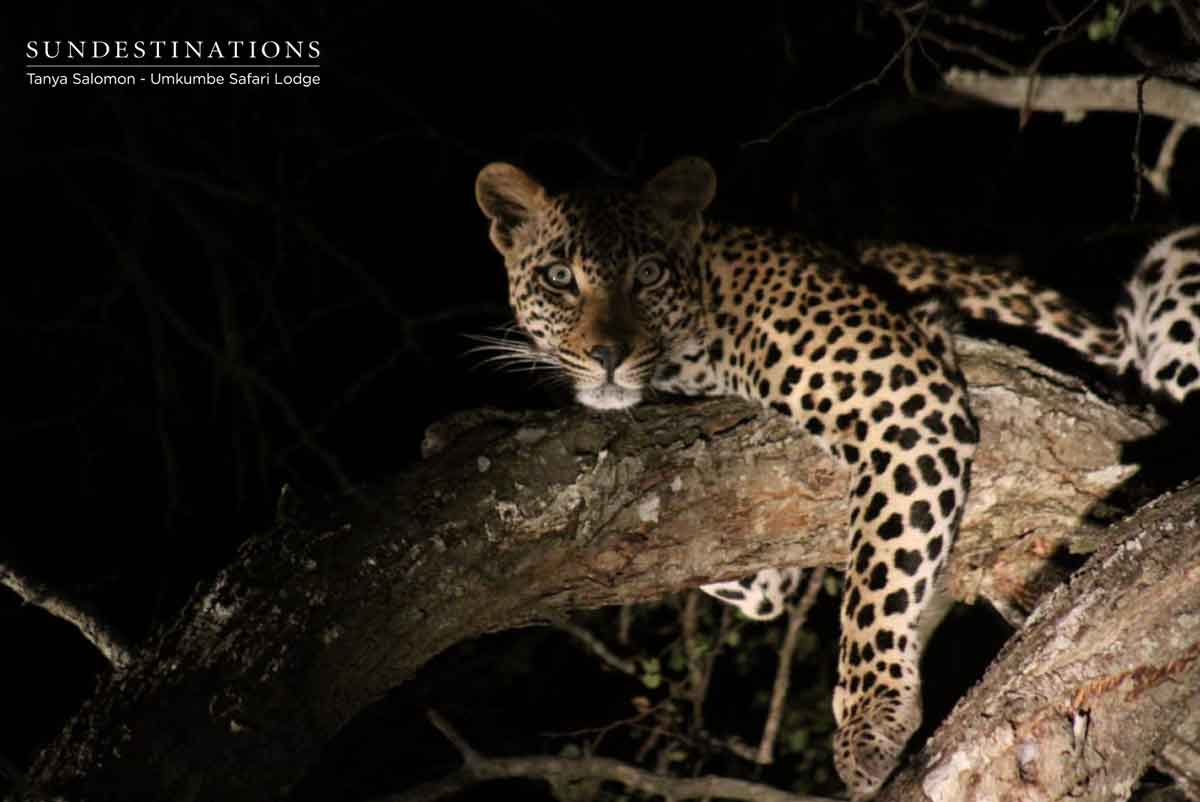 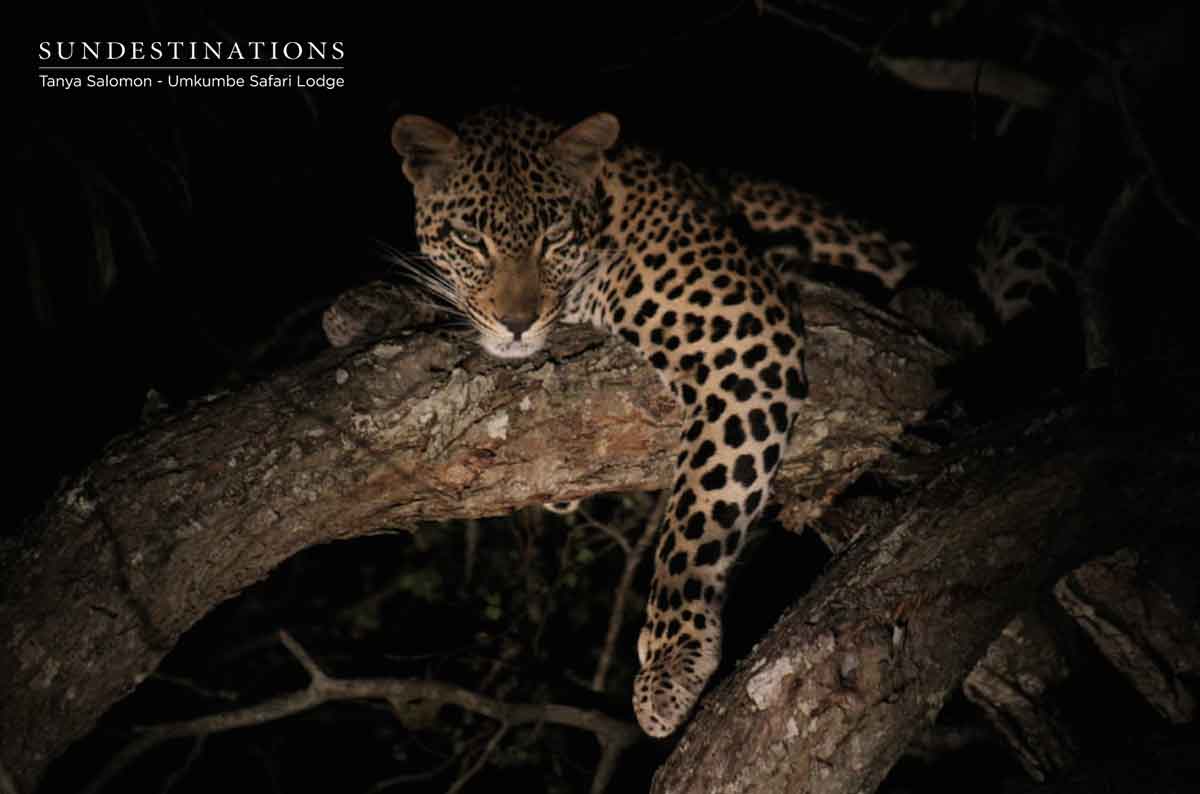 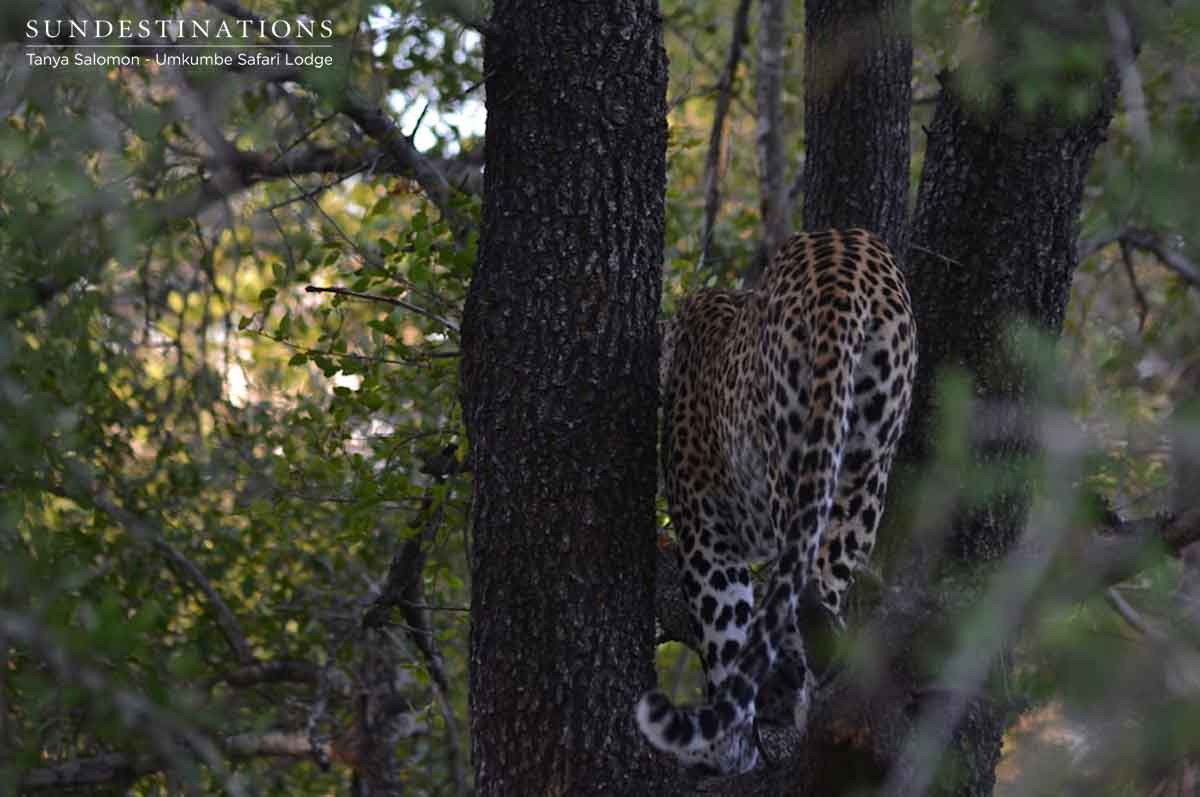 Let’s talk about lions. The lion sightings at Umkumbe Safari Lodge have increased, and some noteworthy Panthera leo sightings include : the Southern Pride, Birmingham males, Kambula females and their cubs. The burly Birmingham males sired cubs with the Kambula lionesses and guests were lucky enough to see these bumbling bundles of tawny fluff. Lion cubs face a high mortality in the wild, so sightings of cubs in the Sabi Sand are always celebrated! 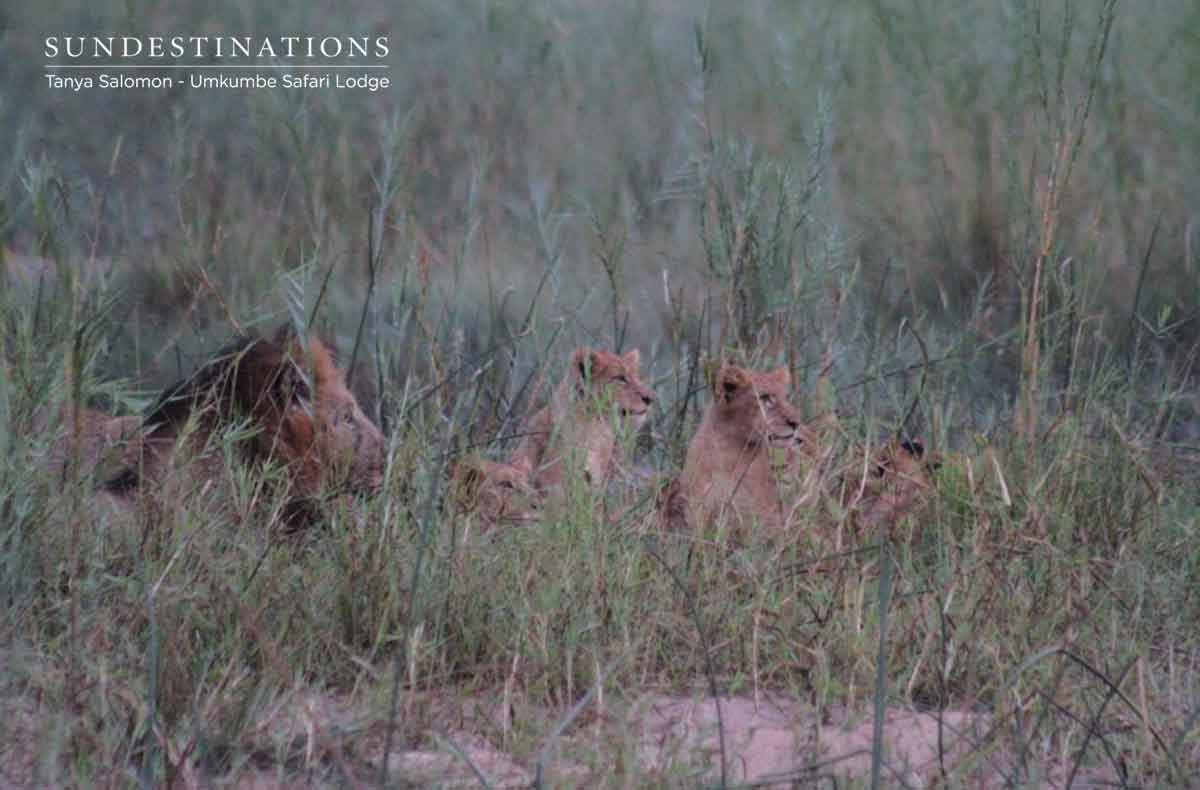 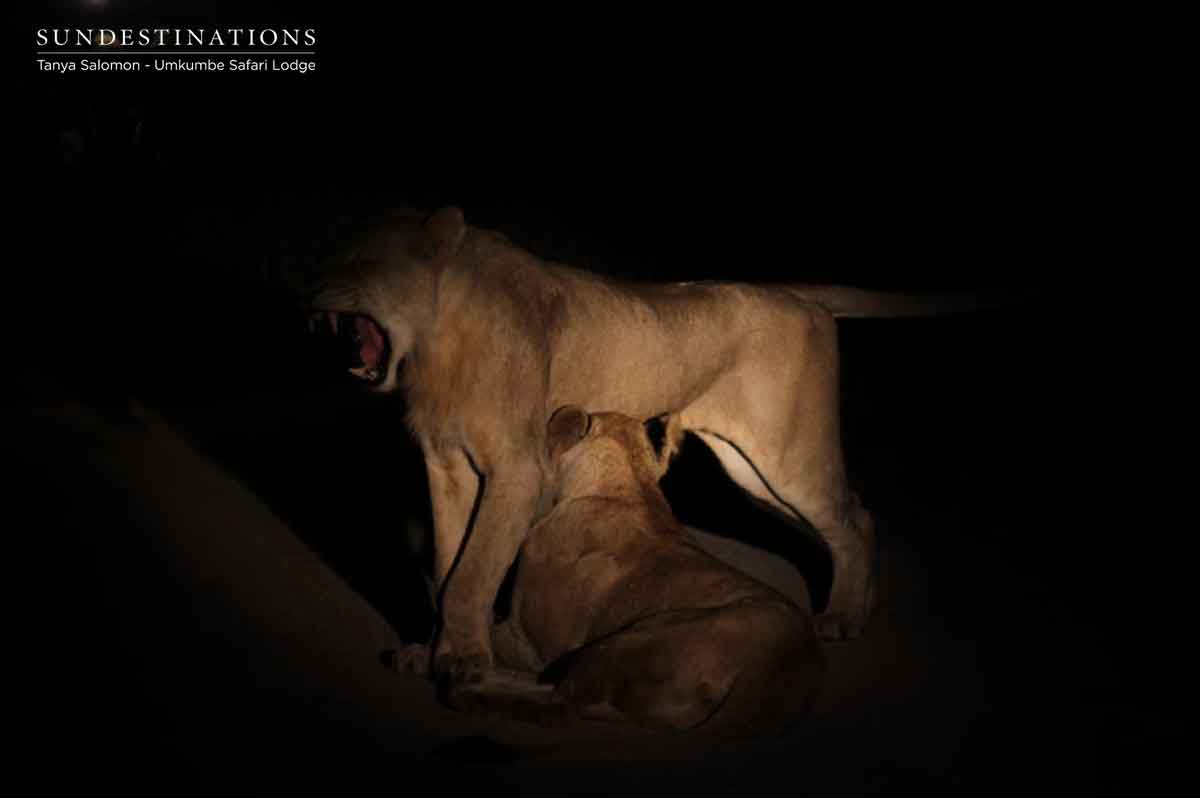 We move on from the big cat sightings to sweeping scenes of rare African Wild Dog predators. The resident pack have returned to the grounds around Umkumbe and were spotted feasting on the remnants of a recent kill. Plenty of tearing, pulling apart legs and excited devouring in one sighting. The hyenas approached the area in the hopes of getting a small part of the action. Hyenas and wild dogs are mortal enemies, so you can only imagine the commotion in the area. 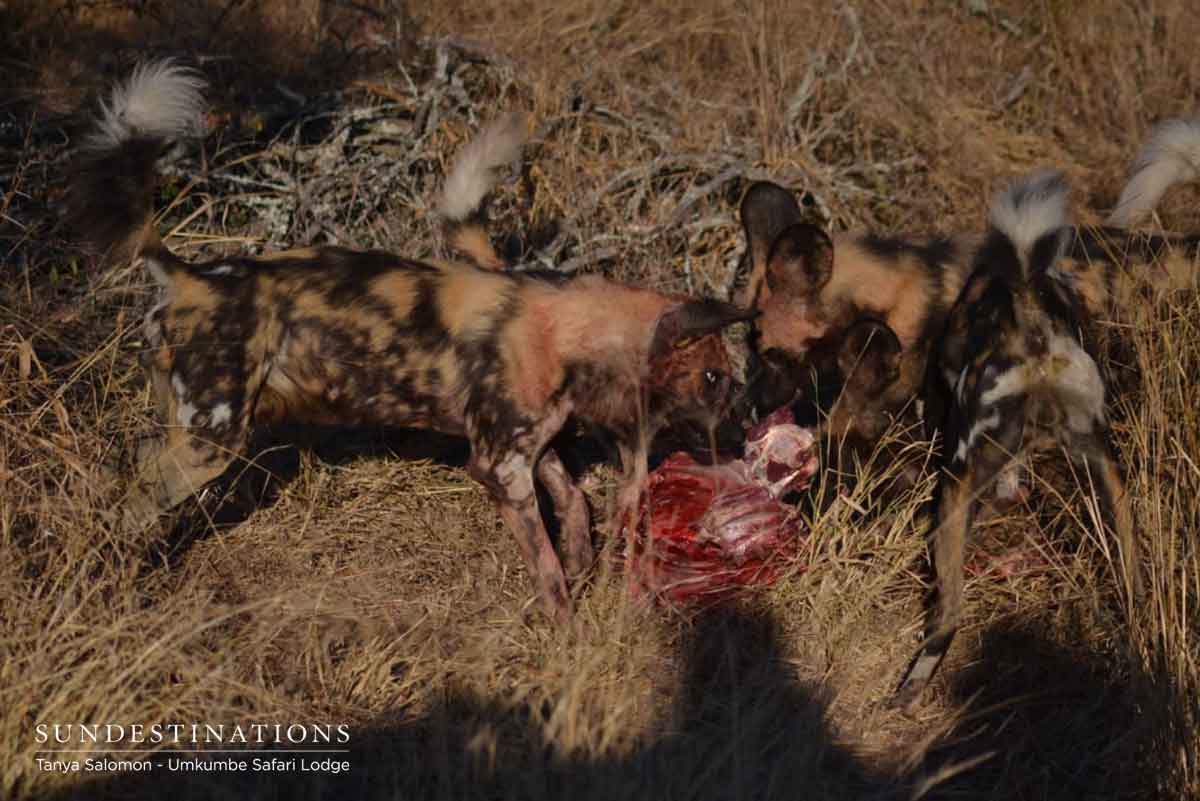 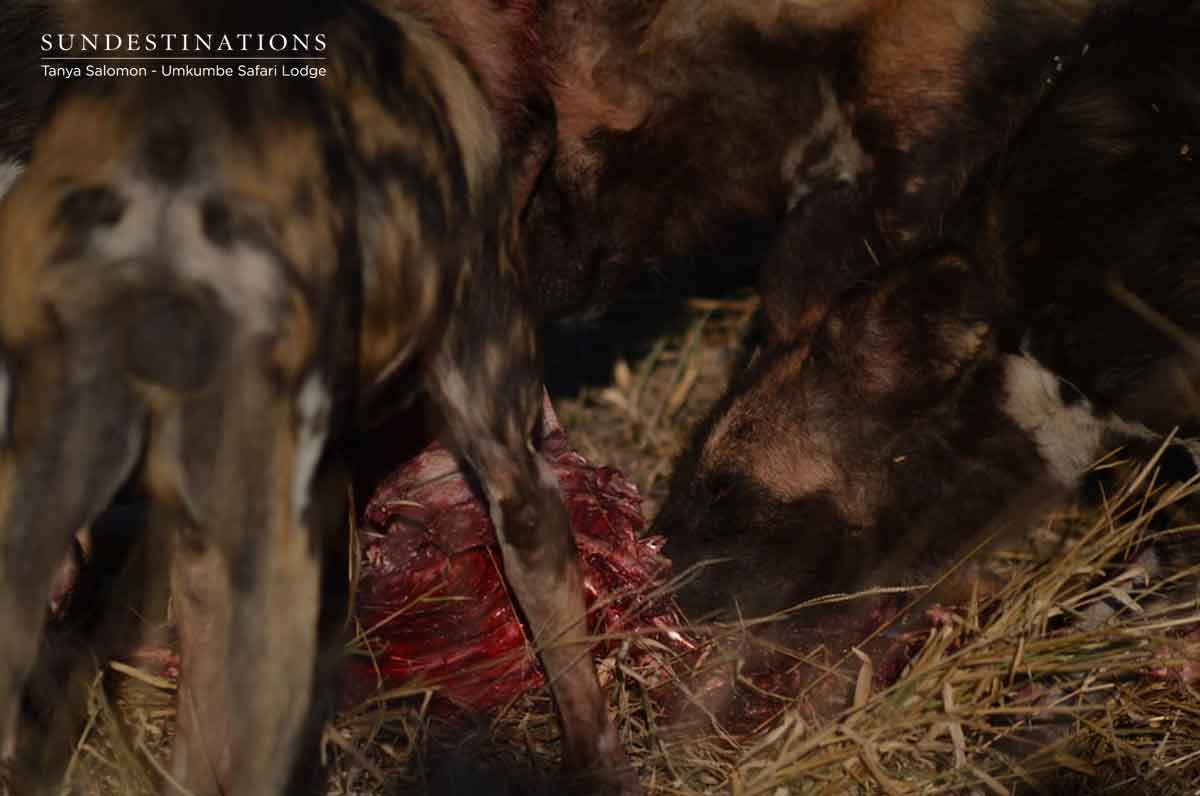 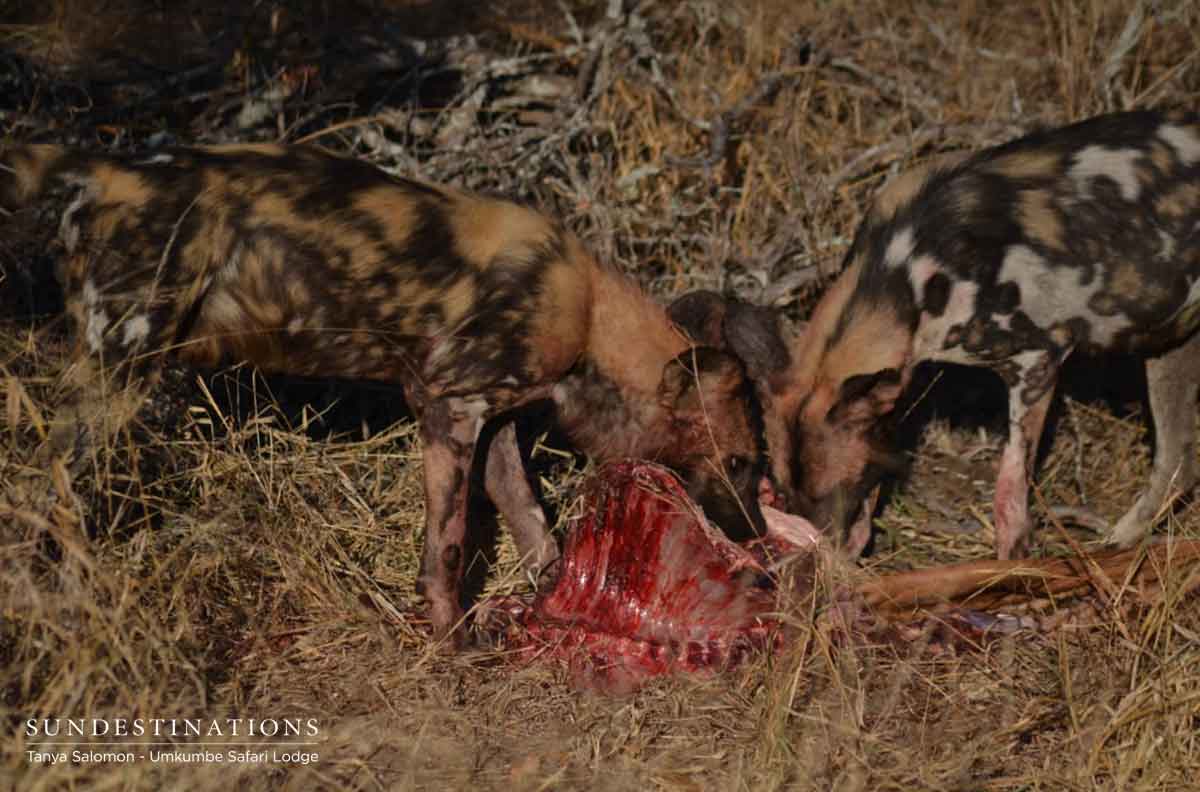 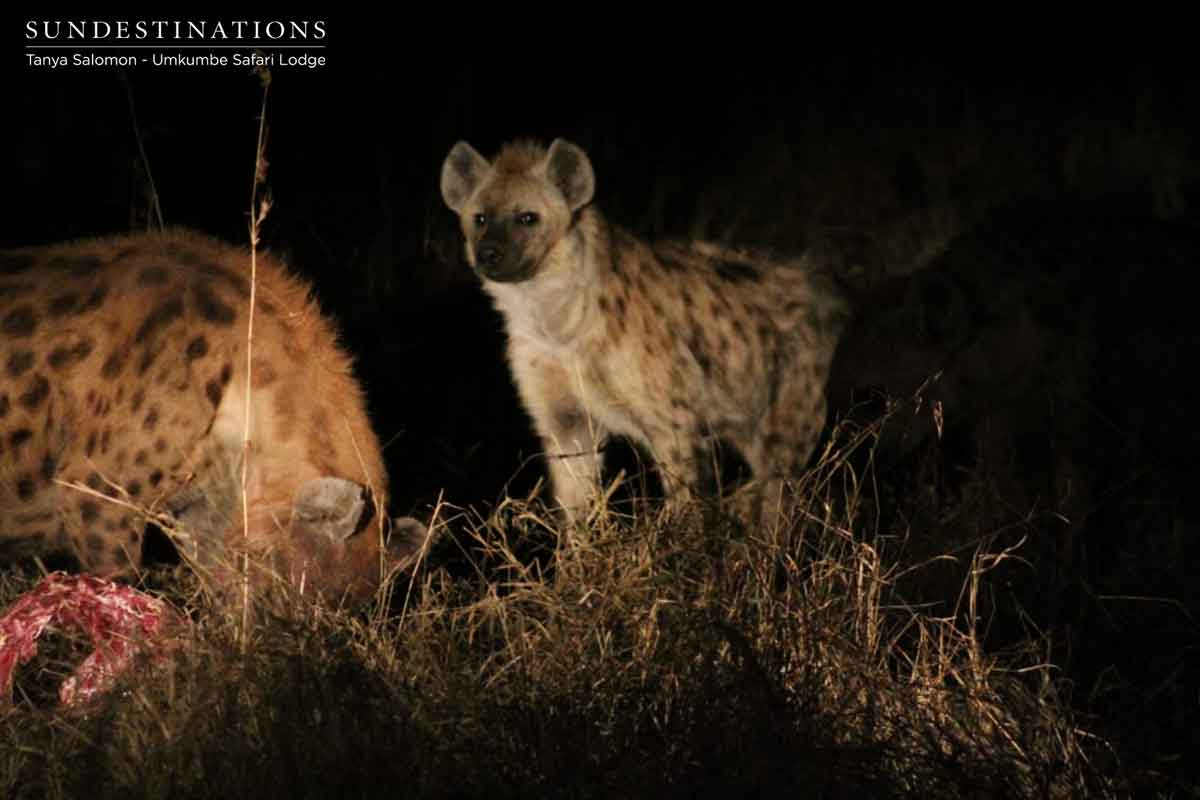