The Week in Pictures : Leap of Leopards. Your Bumper Edition. 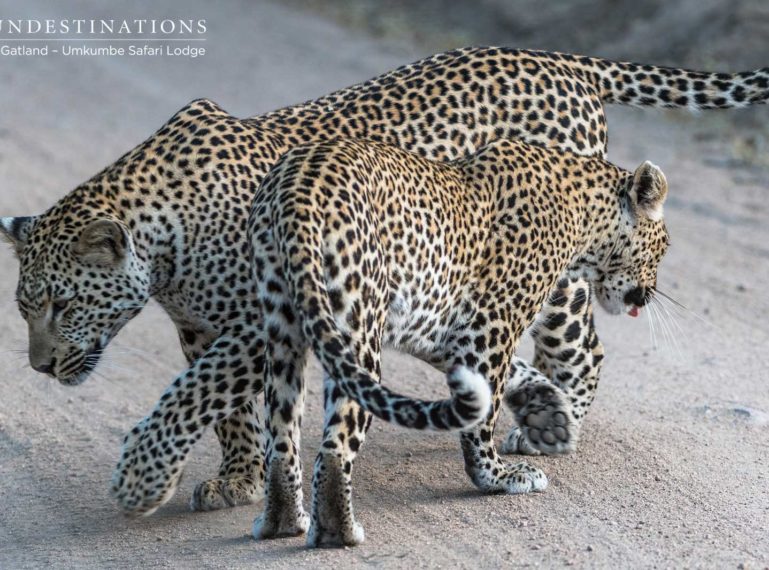 Leopards are aloof, scarce, graceful and independent. They lead a solitary lifestyle, and they’re rarely seen keeping company with other leopards. When we see 2 or more leopards hanging out together, it’s either a mother with her youngsters, or a mating pair. Seeing a leopard in the wild is always a heart stopping moment and often requires plenty of tracking skills to find this elusive cat. It’s a combination of guiding experience, luck, and being in the right place at the right time that sees us coming face to face with the sleek beauties of the bushveld. Leopards tend to hide out in the tops of trees, drainage lines and dense thickets. They’re always there, but our untrained eyes often miss them. Today, in our second theme of the trio of themed “Week in Pictures”, we showcase the ethereal leopards of the Kruger.

Why are leopards so tricky to find? There are a number of reasons why it takes eagle-eyes to find these cats. Because they lead a solitary lifestyle, and they don’t live in prides, it’s harder to locate them. Prides are normally on the move and easier to spot than one heavily camouflaged individual.

When it comes to meal time, lions with sit with their meal for days while they gorge themselves until they can longer move. They tend to hover around the vicinity of the carcass, rolling around on their back to expose their full bellies. They are so full and generally don’t move because of their enlarged bellies.

When a leopard conducts a kill, it’s quiet, secretive and done with stealth. They elegantly stalk and dart through covered areas, and ambush their quarry when up close. Almost immediately they drag the kill up into the fork of a tree for safekeeping, or even in a drainage line shrouded with vegetation. Not being on ground level also makes it tricky for us to find them. Leopards will keep their meal in a tree while they wander off to replenish their thirst, or conduct patrols of their turf. It’s not uncommon to find a half-eaten impala kill draped over a branch, but no sign of a leopard anywhere!

Leopards traverse far and wide. Males have far larger territories than females, and they seek out areas that have a heavy presence of females and ample sources of with prey. Females seek out smaller territories with easy access to prey and areas providing potential den sites. Because of these wandering ways, and the constant need to be on the move to mark their territory, it makes it tough to locate leopards.

Of course, you can just as easily sit on your patio with a drink in hand and a leopard strolls past. We call this leopard luck! 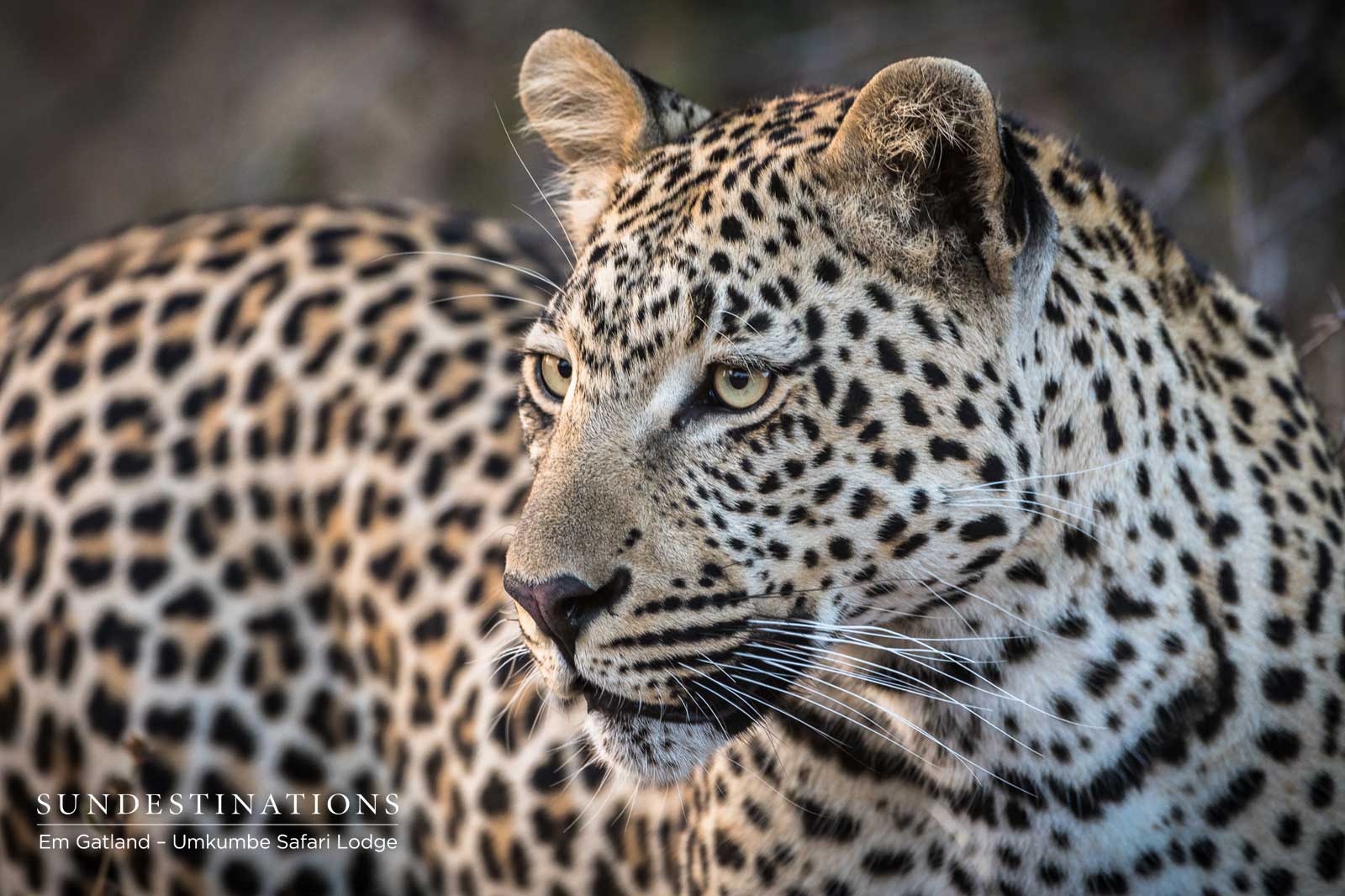 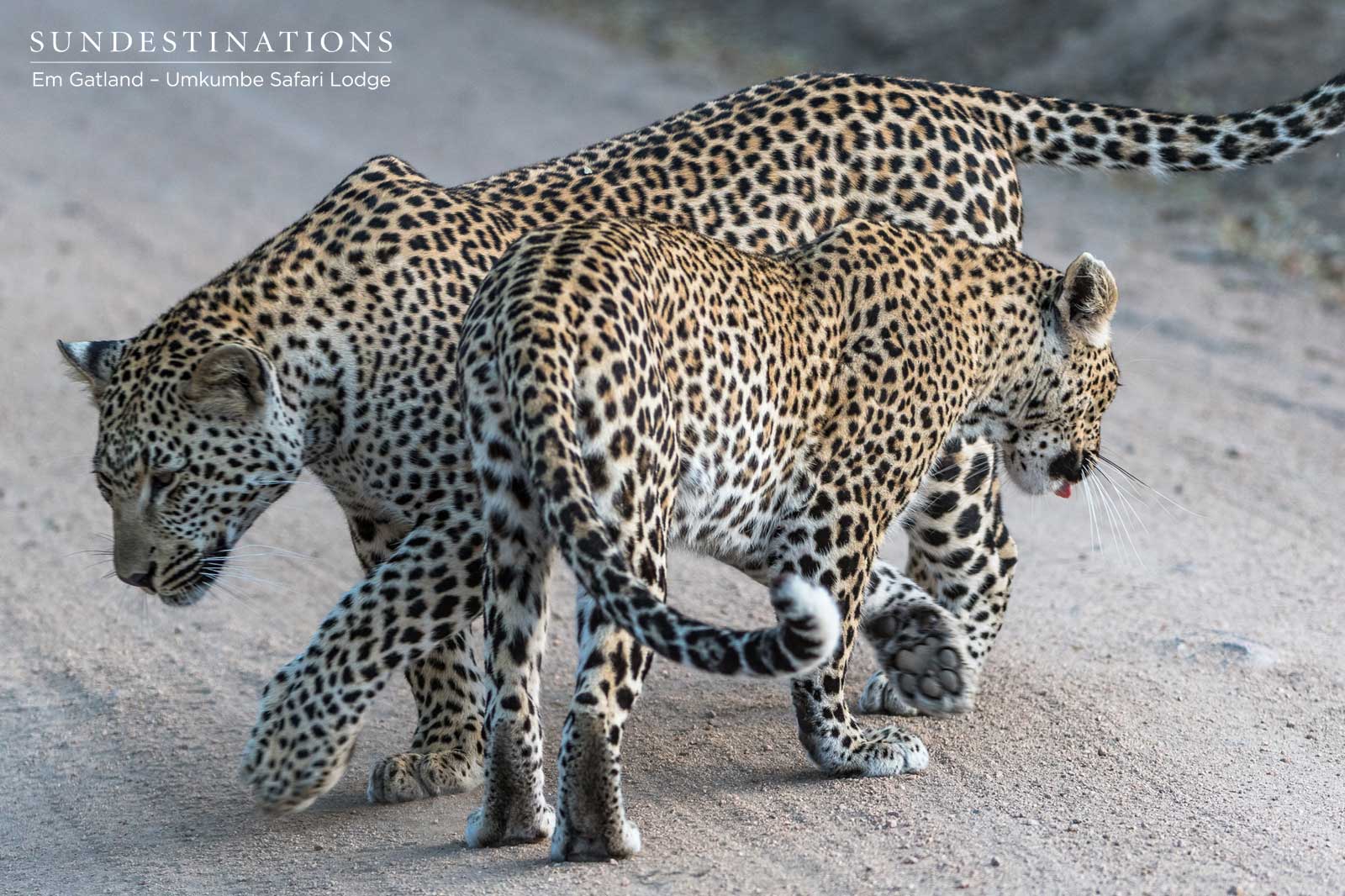 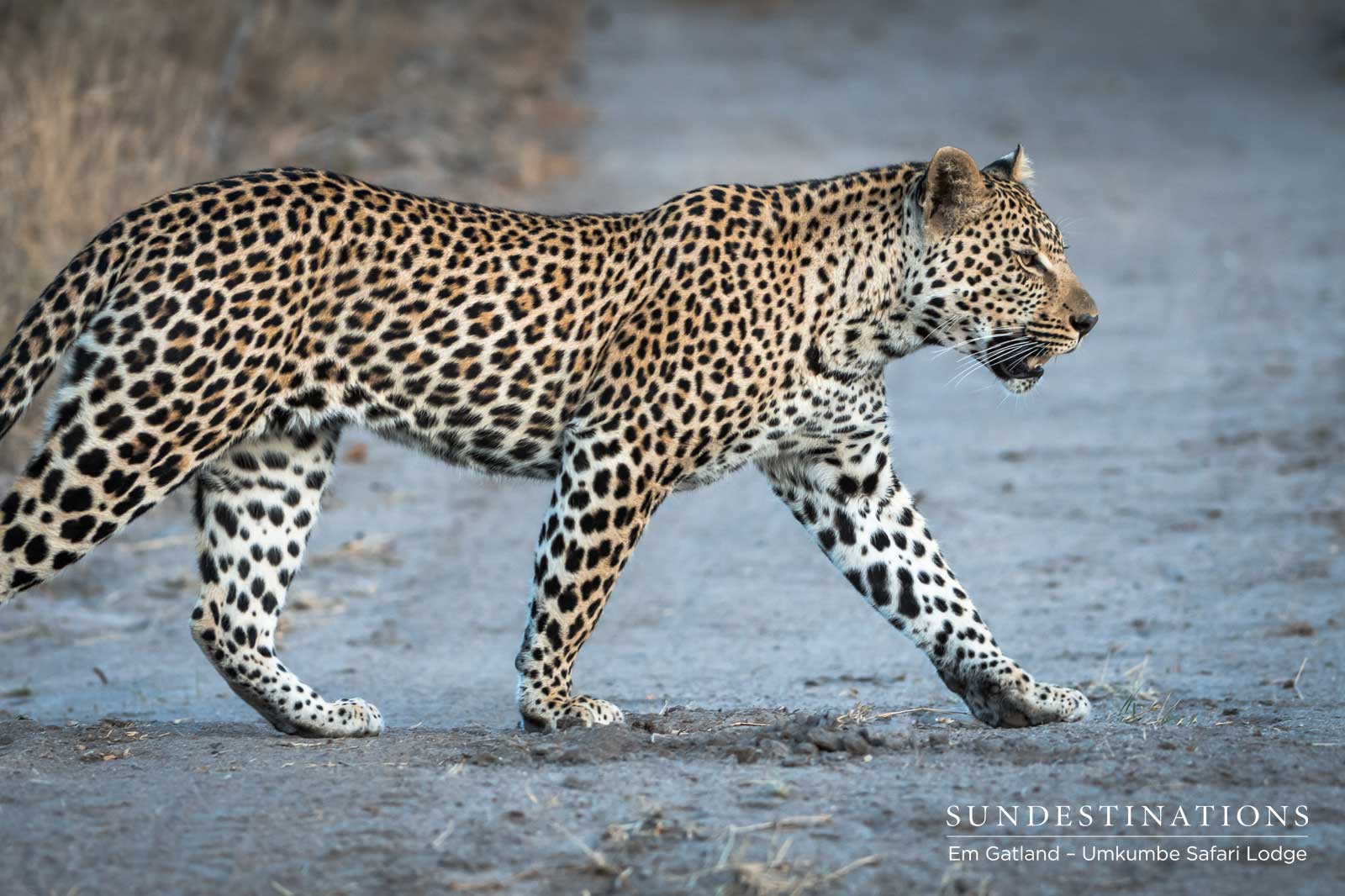 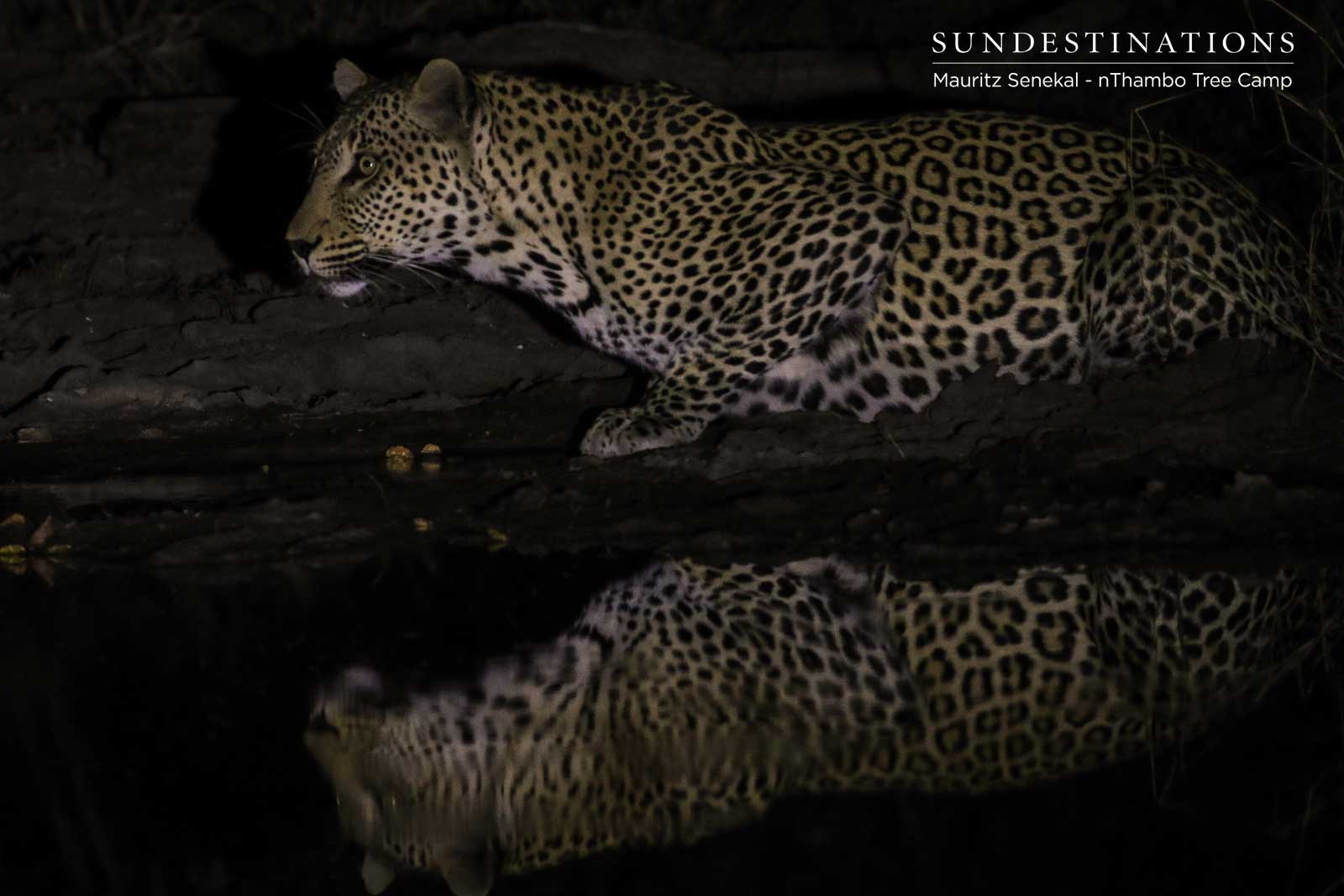 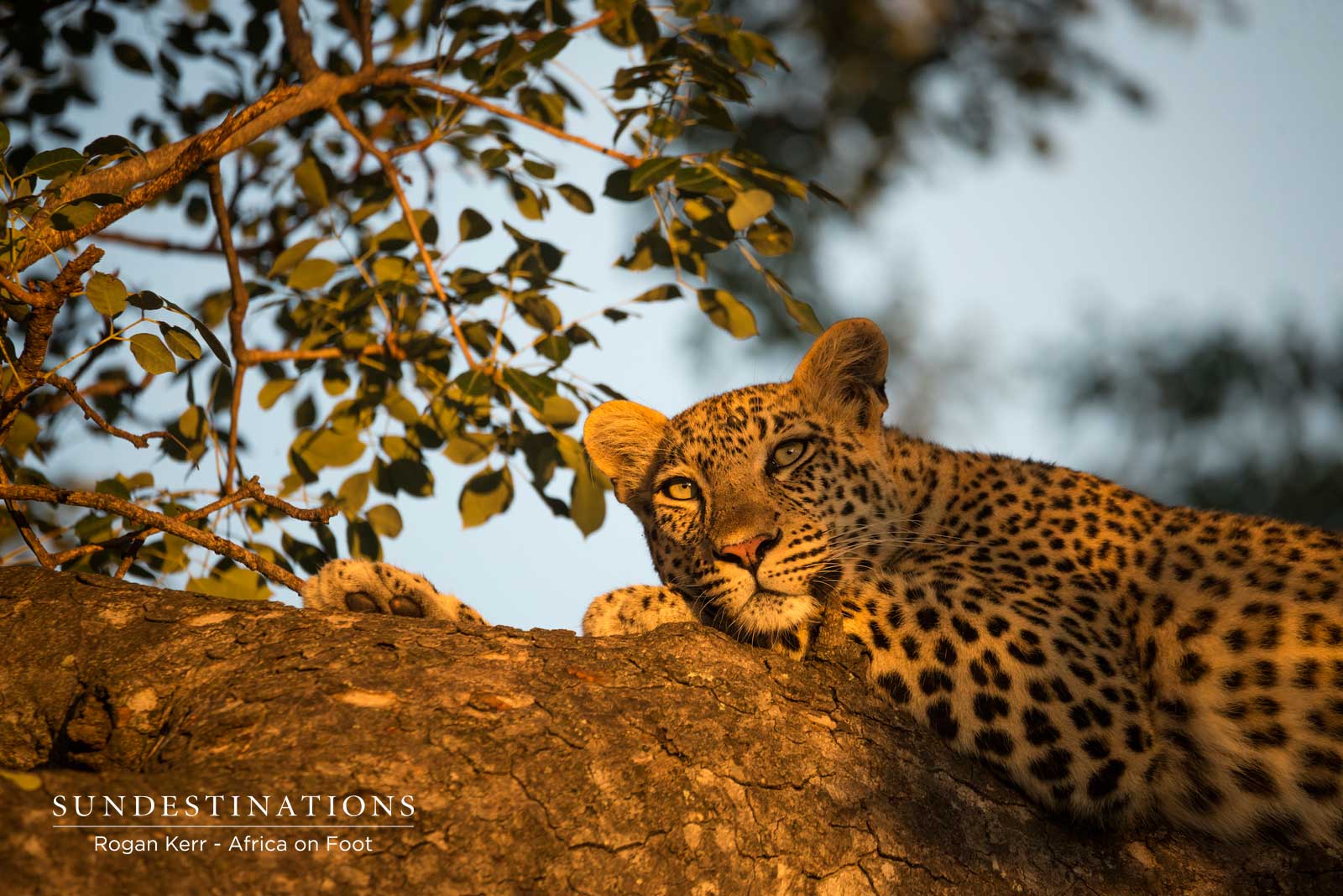 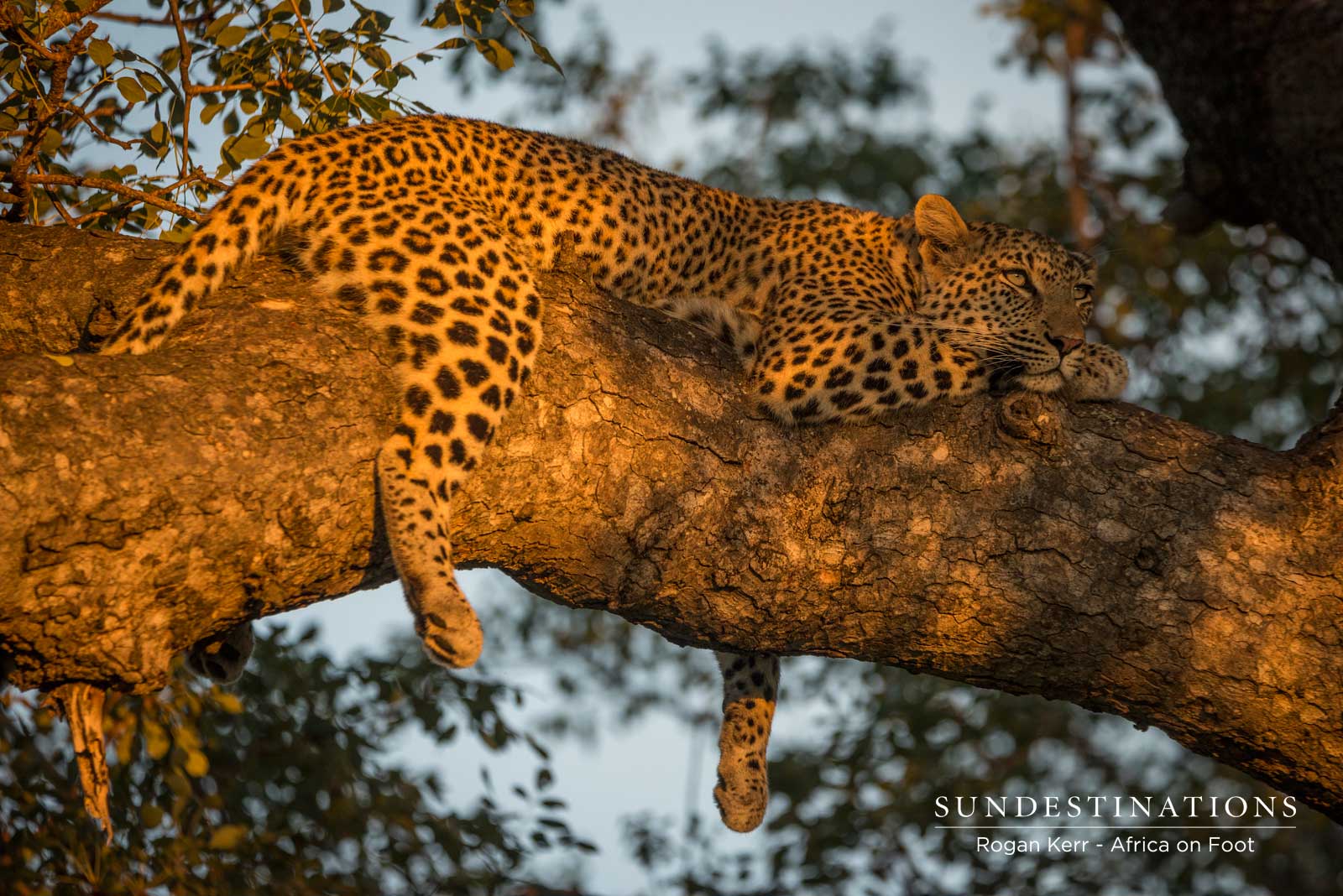 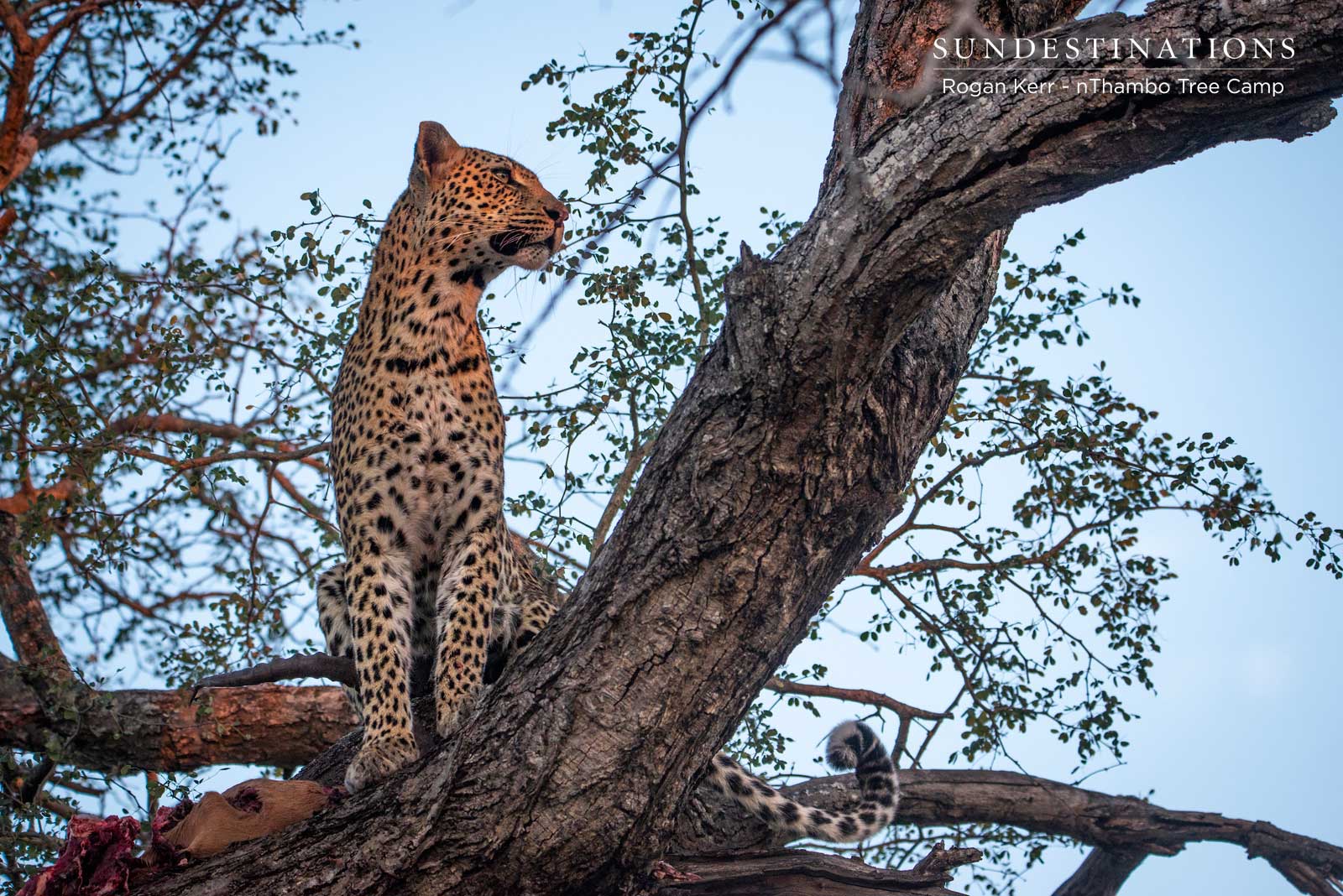 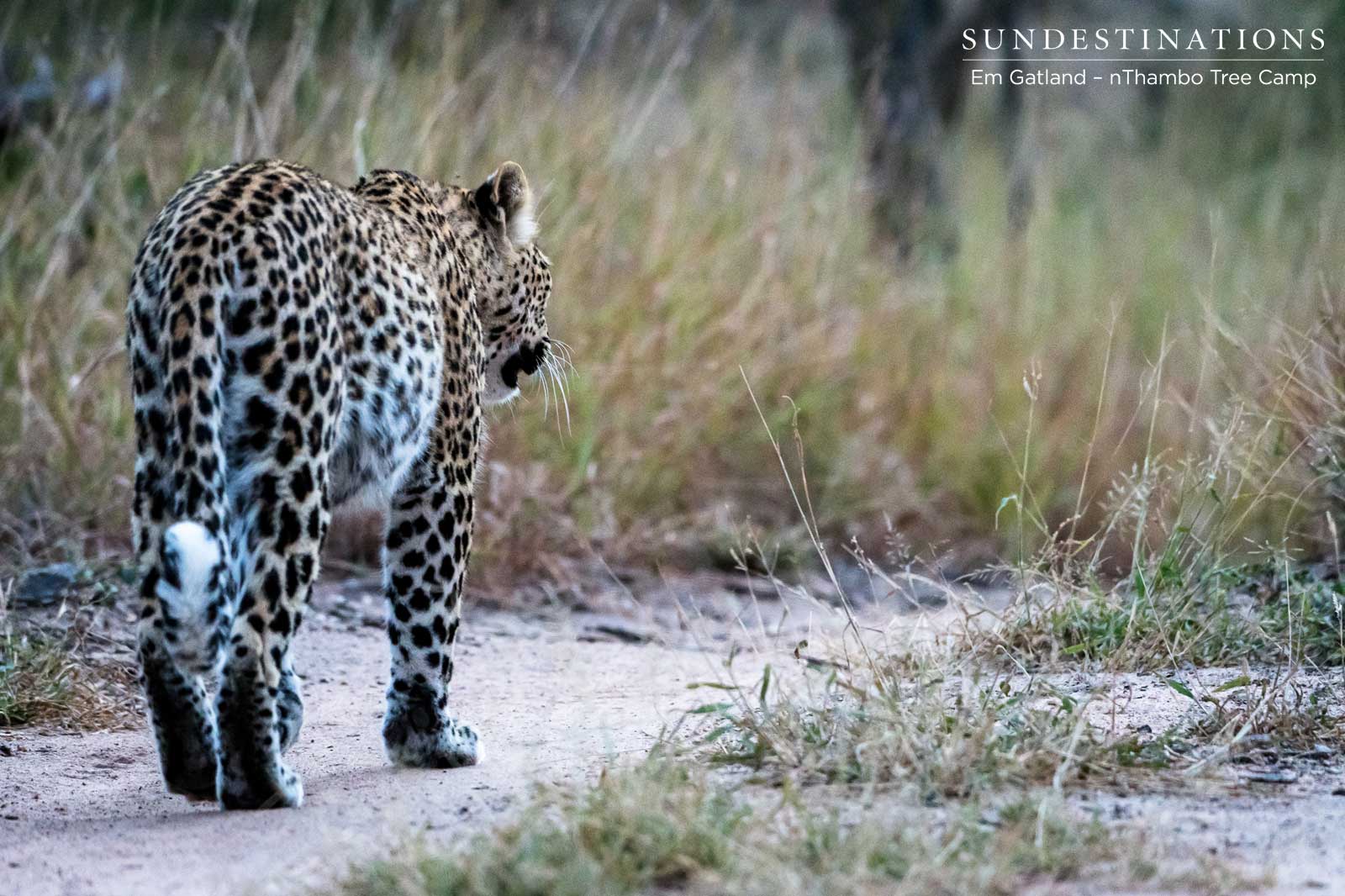 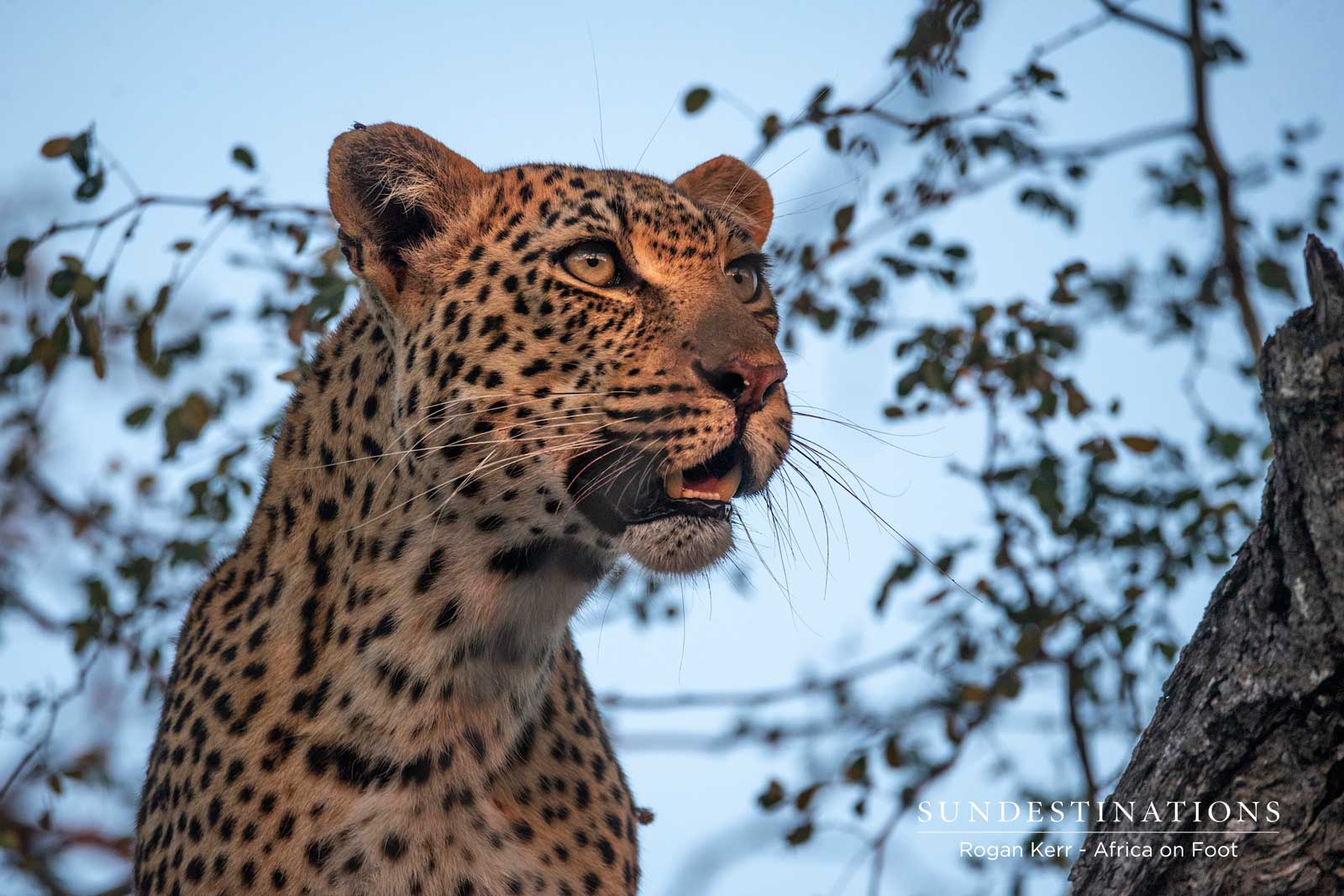 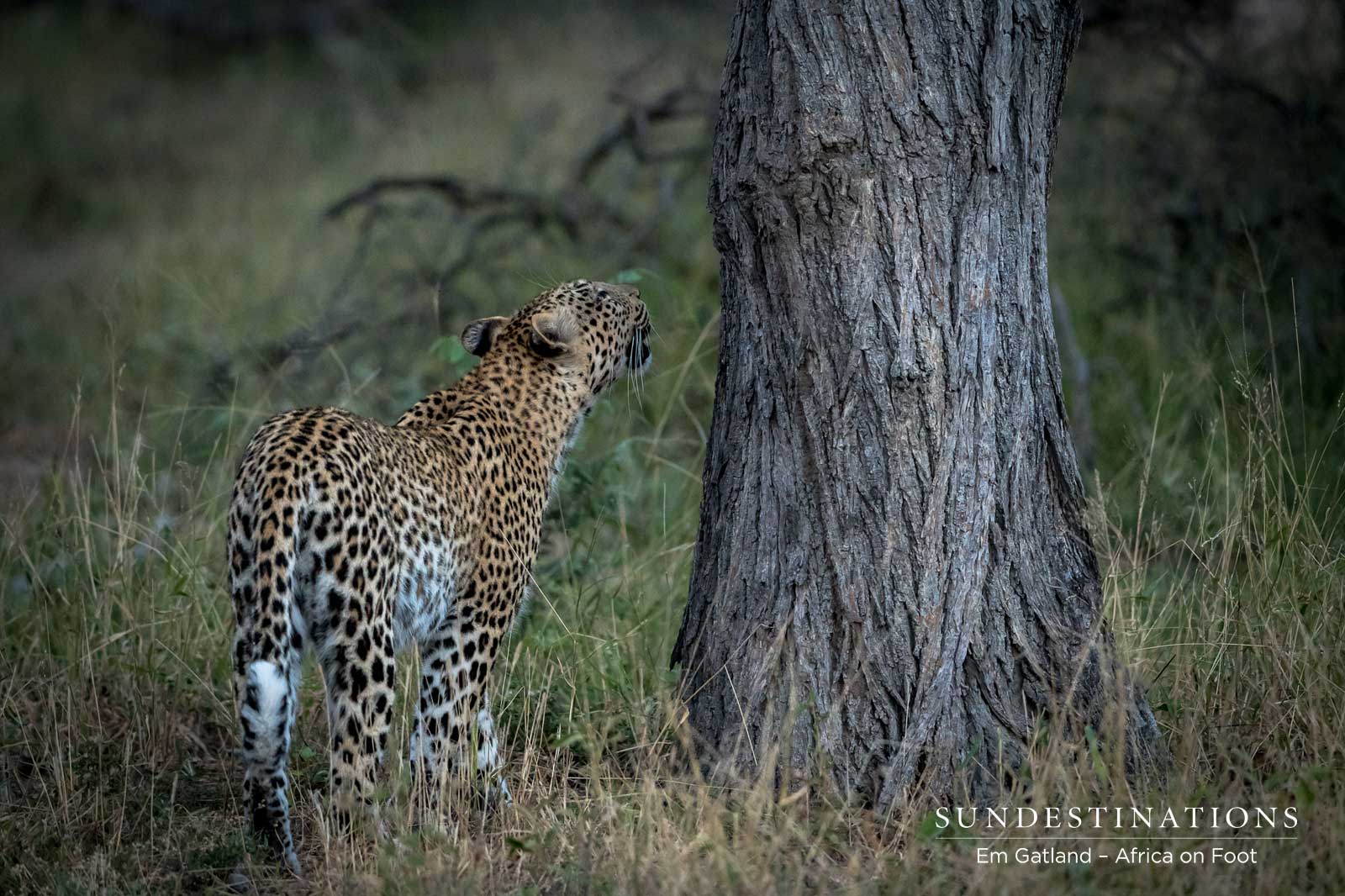 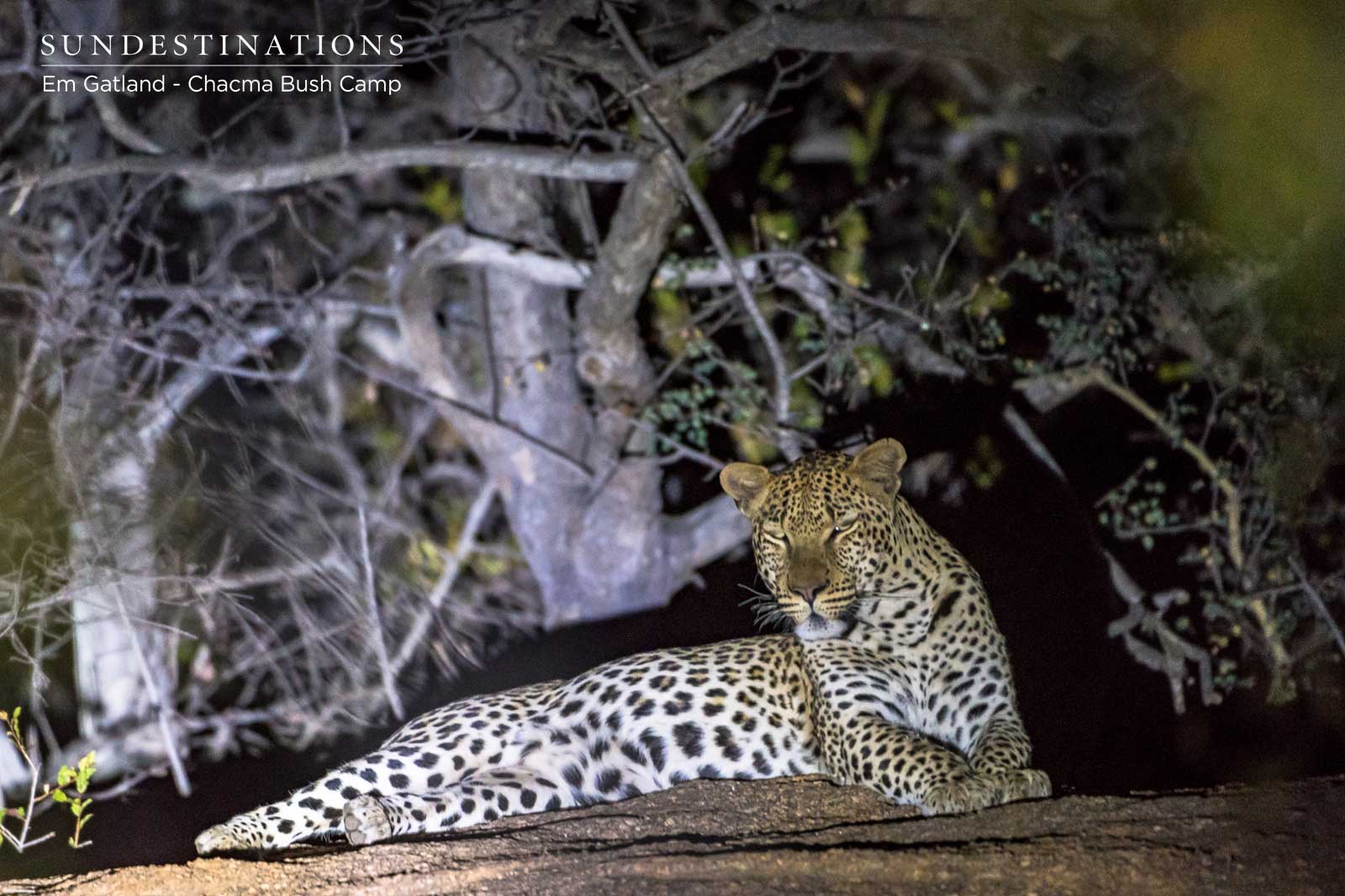 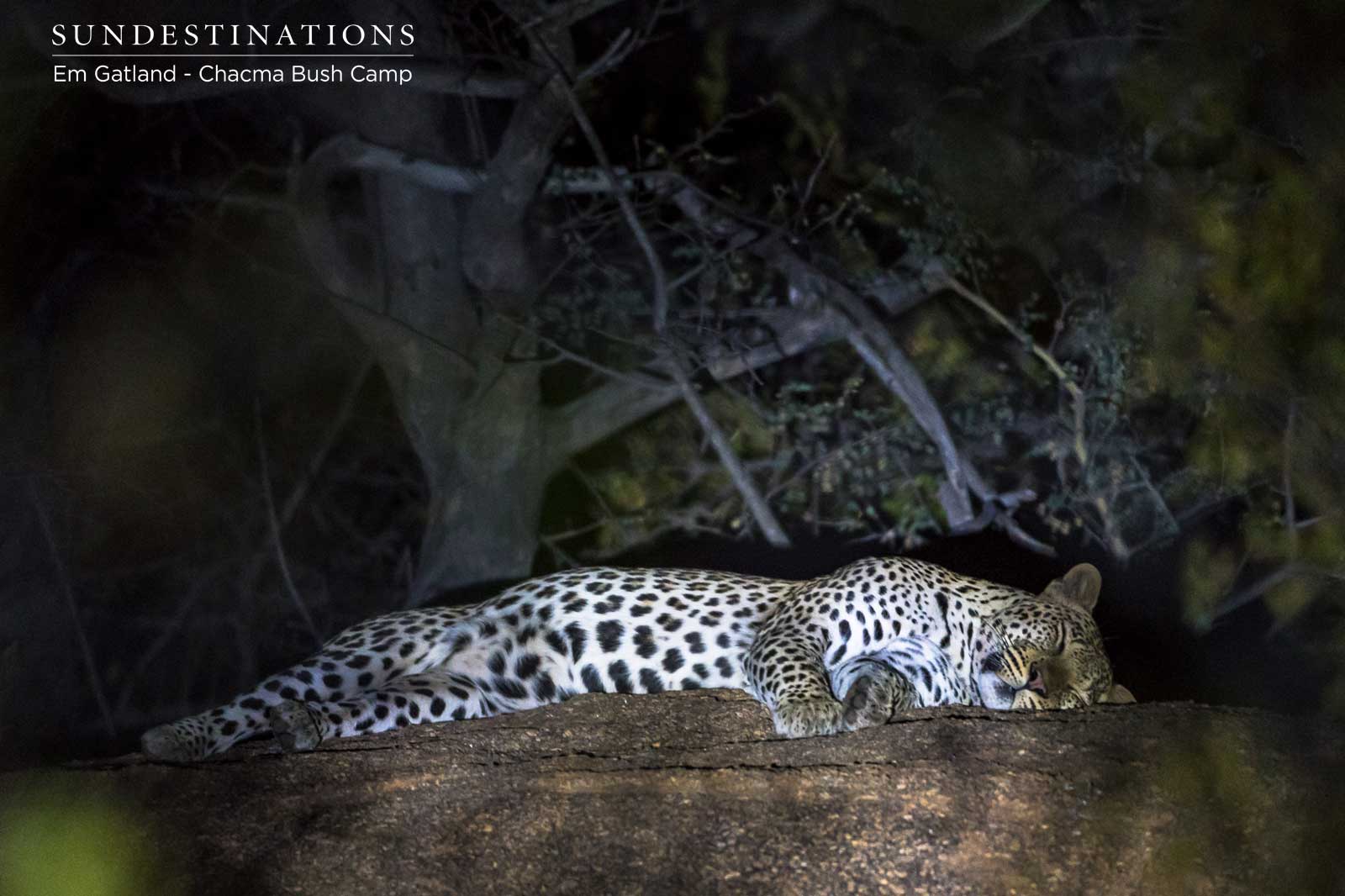 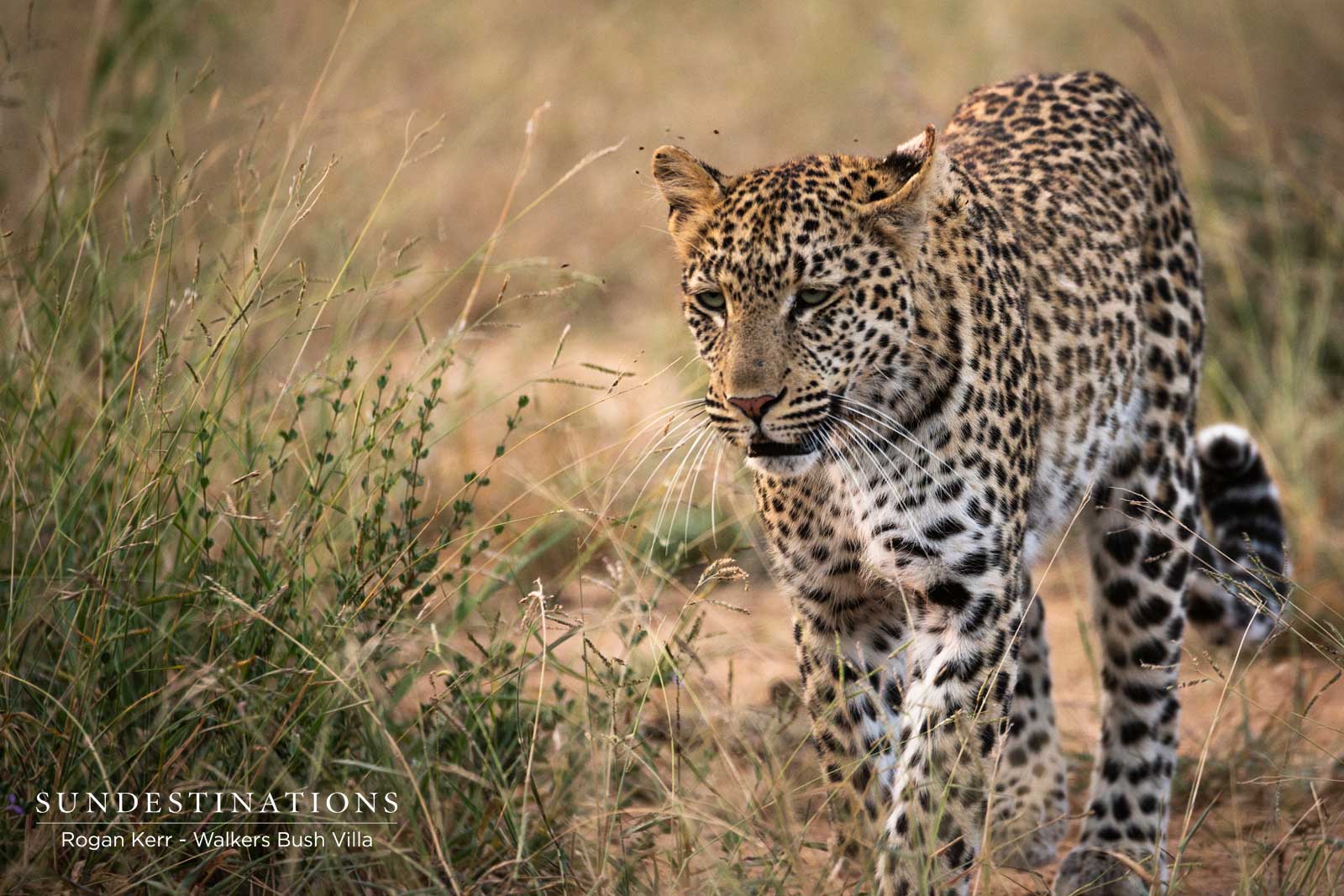 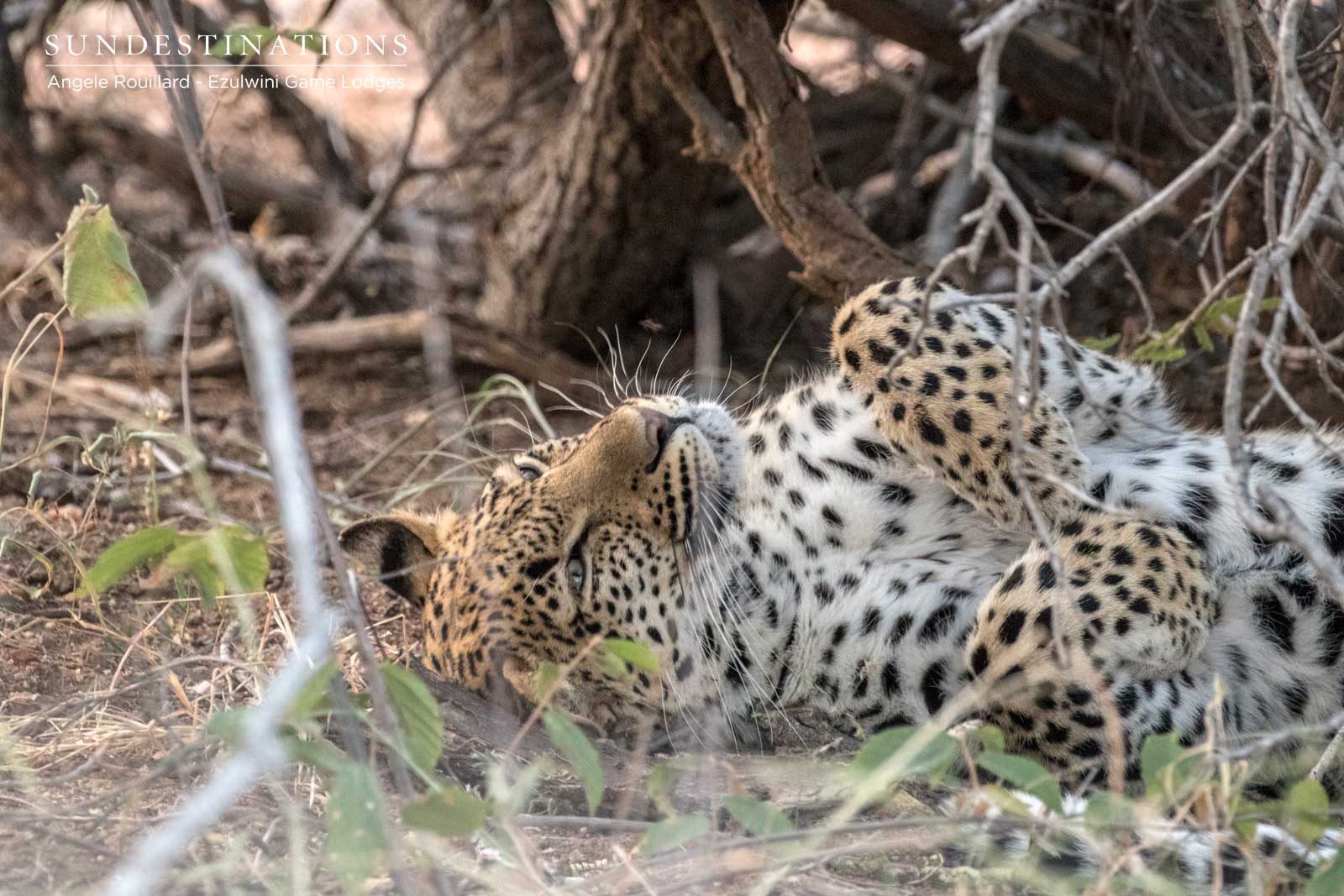 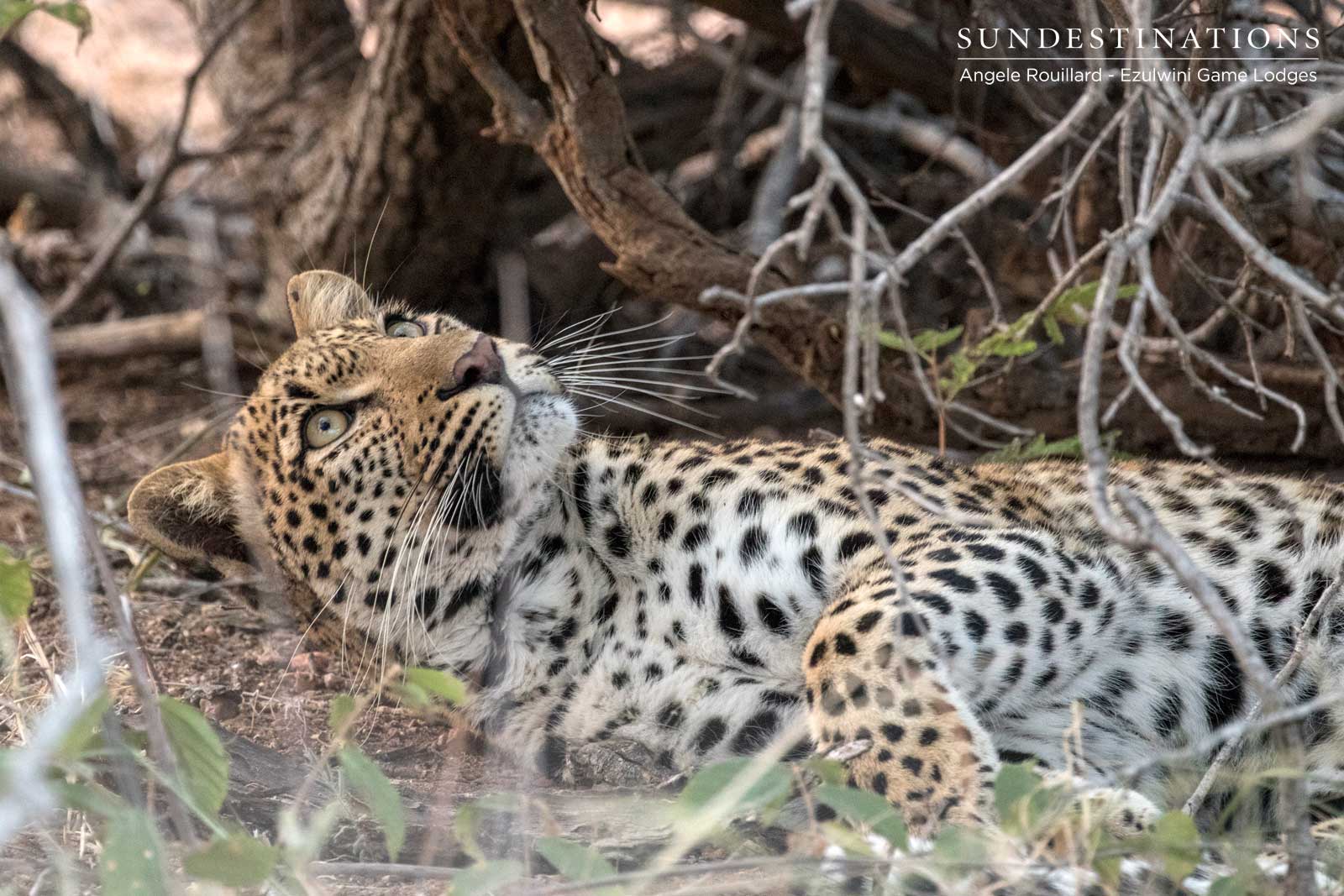 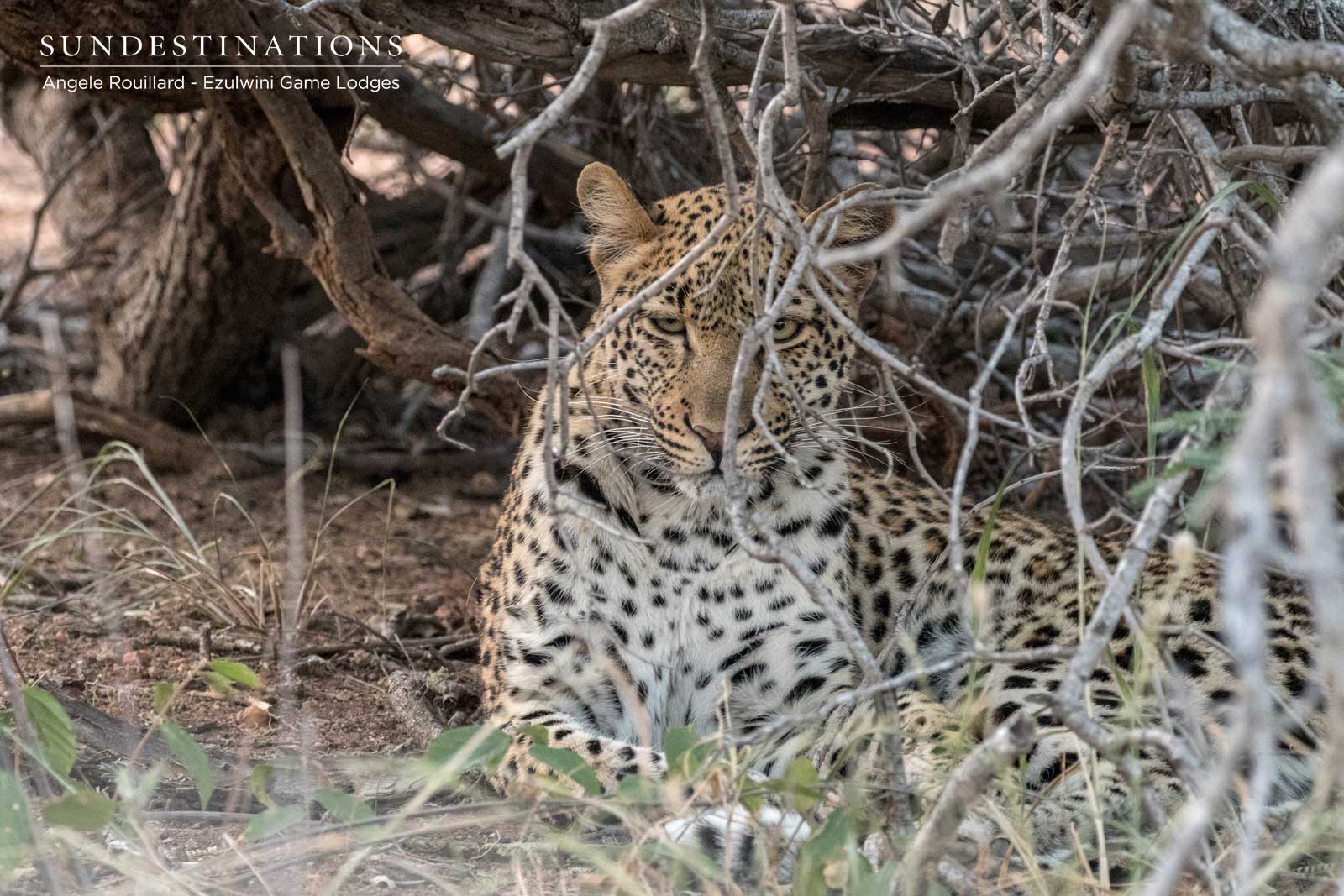