TIA: This is Africa (on foot) 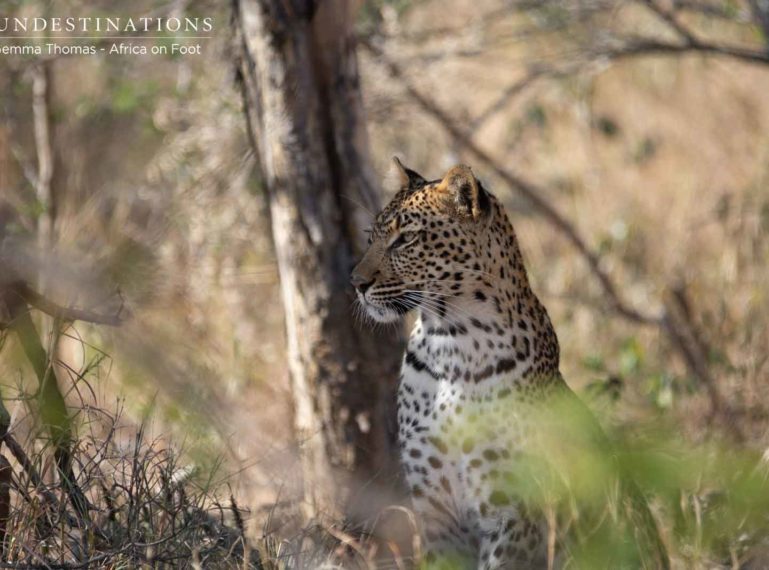 For a world-class experience in the wilds of the Klaserie, and to view the big five from the vantage of both a game viewer and on foot, head to Sun Destinations’ delightful and aptly named camp, Africa on Foot.

On assignment for a travel publication, this is my first time at Africa on Foot in the Klaserie Private Game Reserve, which shares open borders with the Kruger National Park. On arrival it is immediately clear that the lodge is no different to any other Sun Destinations offering that I’ve been lucky enough to visit. Meaning the camp is immaculate, the earthy architecture blends seamlessly into its lowveld surroundings, the staff are attentive and permanently smiling, and the rooms are just the right level of luxurious.

I have just enough time to drop my bags in one of the five chalets at Africa on Foot, before we head off on an afternoon drive, with charismatic guide JC behind the wheel. ‘What would you guys like to see today?’ he inquires in an American accent. On the game viewer are two Londoners, two kiwis, two Australians, and me. ‘Leopard!’ sounds the chorus in various accents. ‘We saw our resident young leopardess, Nyeleti, just yesterday,’ JC informs us, ‘so hopefully she’s still around. We’ll keep an eye out for tracks.’

As we set off in the cruiser, I sit nearest JC and ask how an American came to be a guide in the South African bush. ‘I worked in finance in Chicago for seventeen years, when one day I decided to make a life change,’ he says. ‘I had never set foot in Africa, but I had always been an outdoorsman in the States, and so the decision was made to come to the other side of the world and do a course in guiding. And after two years, here I am,’ he says with the satisfied grin of a man who clearly loves his job.

The radio suddenly crackles and one of the guides from a neighbouring lodge discloses that they had seen two ndlovu at Jason’s Dam, if we were interested to come have a look. JC confirms, and proceeds to drive a bit faster. Of course, none of the foreigners know what the Zulu message meant, but I get excited at the prospect of seeing elephant.

As we round a thick cluster of mopane, the dam slowly heaves into view, but no elephant. Eagle-eyed JC points to the left: ‘It seems we have a couple of snorkellers,’ he says. I squint, and true enough, just visible above the surface are the tips of two elephant trunks, sticking out of the water like a pair of wrinkled periscopes. Seconds later, one young bull’s head emerges, and then the other. In a playful mood, the first bull stands up out of the water and then falls over with a thunderous splash, while the second bull slaps the surface with his trunk, clearly enjoying himself. We watch the frolicsome spectacle, hardly believing our luck at the sighting. To top it off, the sun starts sinking behind the bushveld horizon in a dramatic show of pinks, providing a truly breathtaking backdrop to the playful scene in the dam. What a welcome to the Klaserie…

With bath time over, and dusk descending, we continue on our way and JC switches on his spotlight. The radio crackles into life again. ‘Ngala’ is the only word I manage to decipher this time, but JC seems to have caught the gist of the location, proceeds to make a U-turn and, once again, accelerates ever so slightly. Again, the foreigners are none the wiser, but I understood just enough to know that we might see some lions – ngala being the Shangaan word for the biggest of the African cats.

Moments later, JC shuts off the engine and points. Someone in the back of the vehicle gasps. Slowly, a tawny figure emerges from the long grass, and then another, not 20 metres from our viewer. Two adolescent brothers are stalking through the yellow grass, and covering ground rather quickly, likely on their way to a hunt. We follow the two lions for a short while, until we lose them in the undergrowth.

On the way back to camp, we see two rhino bulls, a massive Verreaux’s eagle-owl, a black-backed jackal and several hyena. ‘Are game drives always this fruitful around here?’ I ask JC, still astonished at what the bush had served up in a matter of two hours. ‘Not always. We got pretty lucky tonight,’ he says.

Later, back at camp, we sit down to a delicious dinner expertly prepared by the Africa on Foot cooks, before swapping a few stories around a roaring fire in the boma area after dinner. I retire early, and drift off listening to the last sputterings of the fire and the far-off calls of jackal.

The next morning at dawn, a few of us set off into the bush on a walking safari led by JC, who is armed with a high-calibre rifle and a surprising wealth of veld knowledge. Informative and entertaining, he schools our small walking group on various game spoors, trees, birds and more. We don’t see any big game, but just to be on foot in big five territory is exhilarating.

The rest of my time at Africa on Foot was spent much the same way. Eating like a king, swimming and lounging around the brand-new pool and deck (to which elephants frequently come for a drink, I’m informed), being whisked on game drives and breathing in fresh, gamey air on bush walks every morning. I never did get to see Nyeleti, the young leopardess, but that’s all the more reason to return to the Klaserie before long. 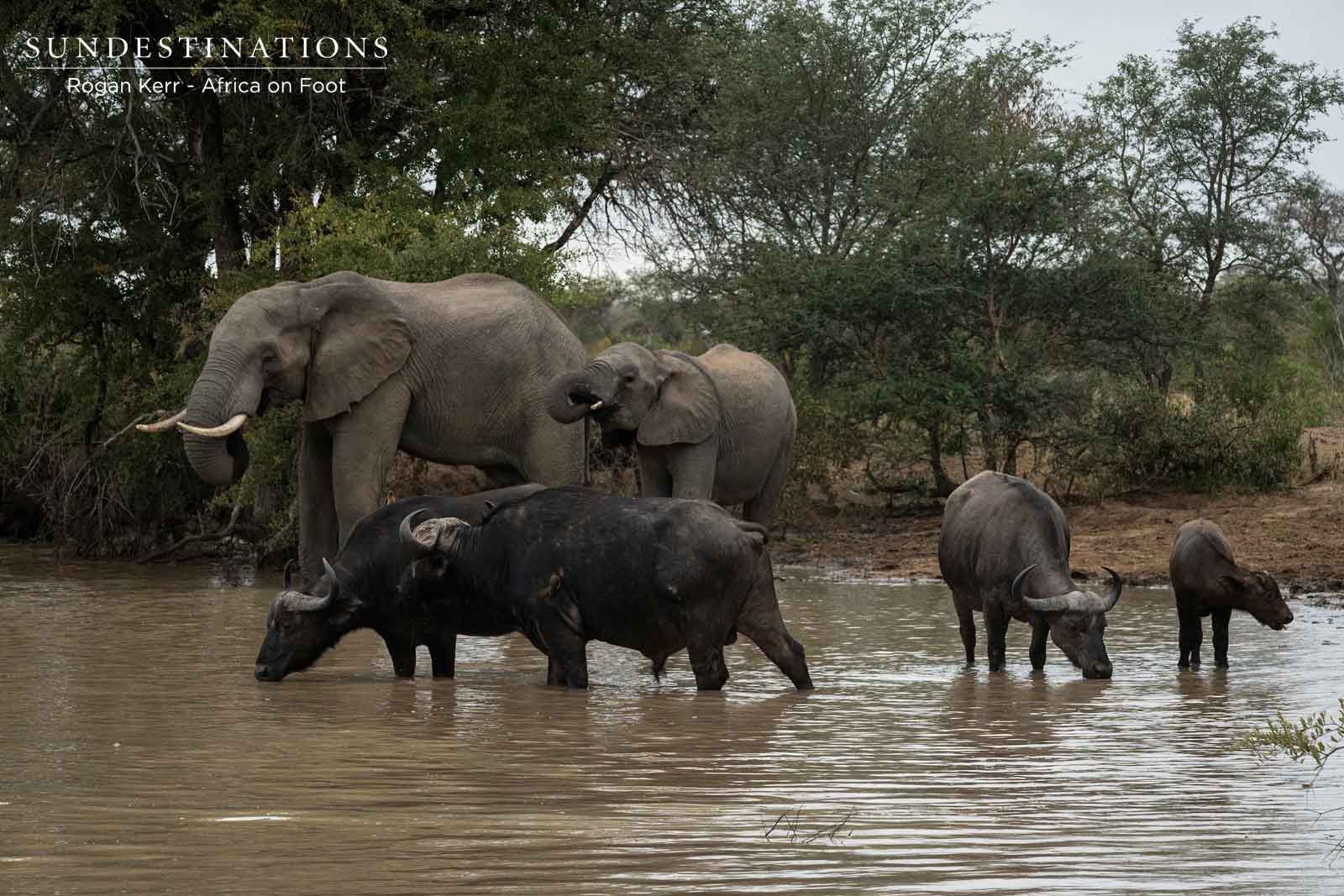 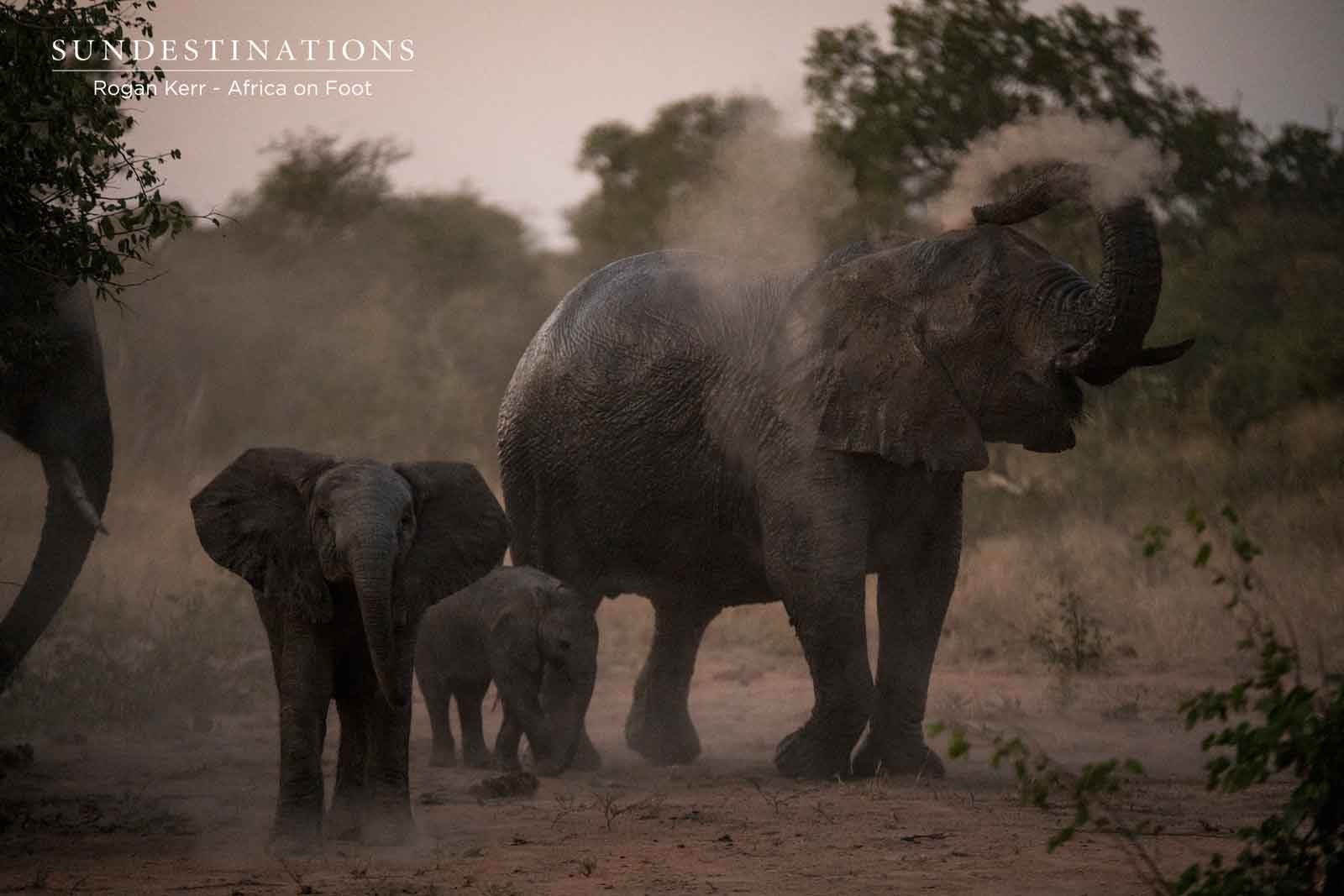 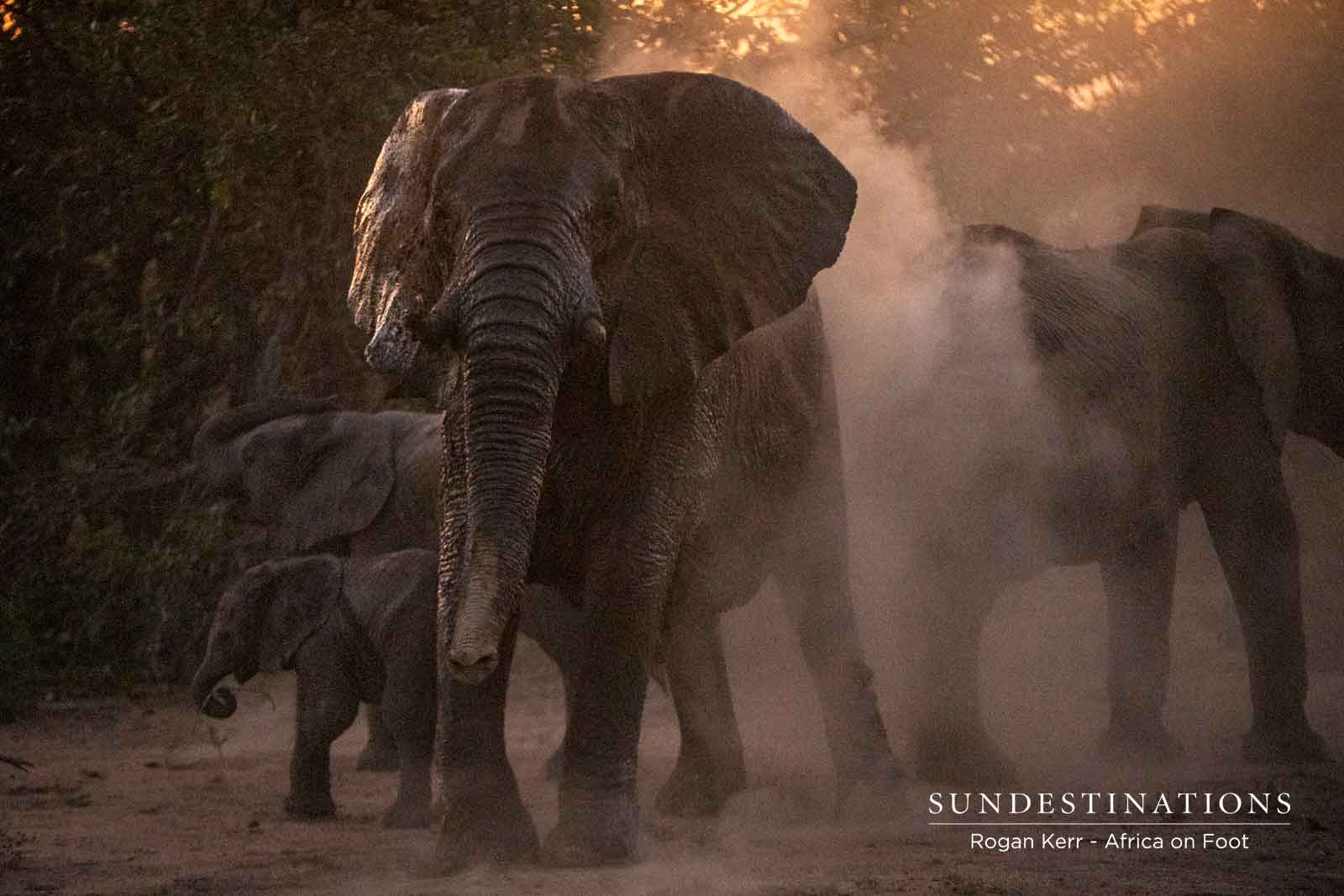 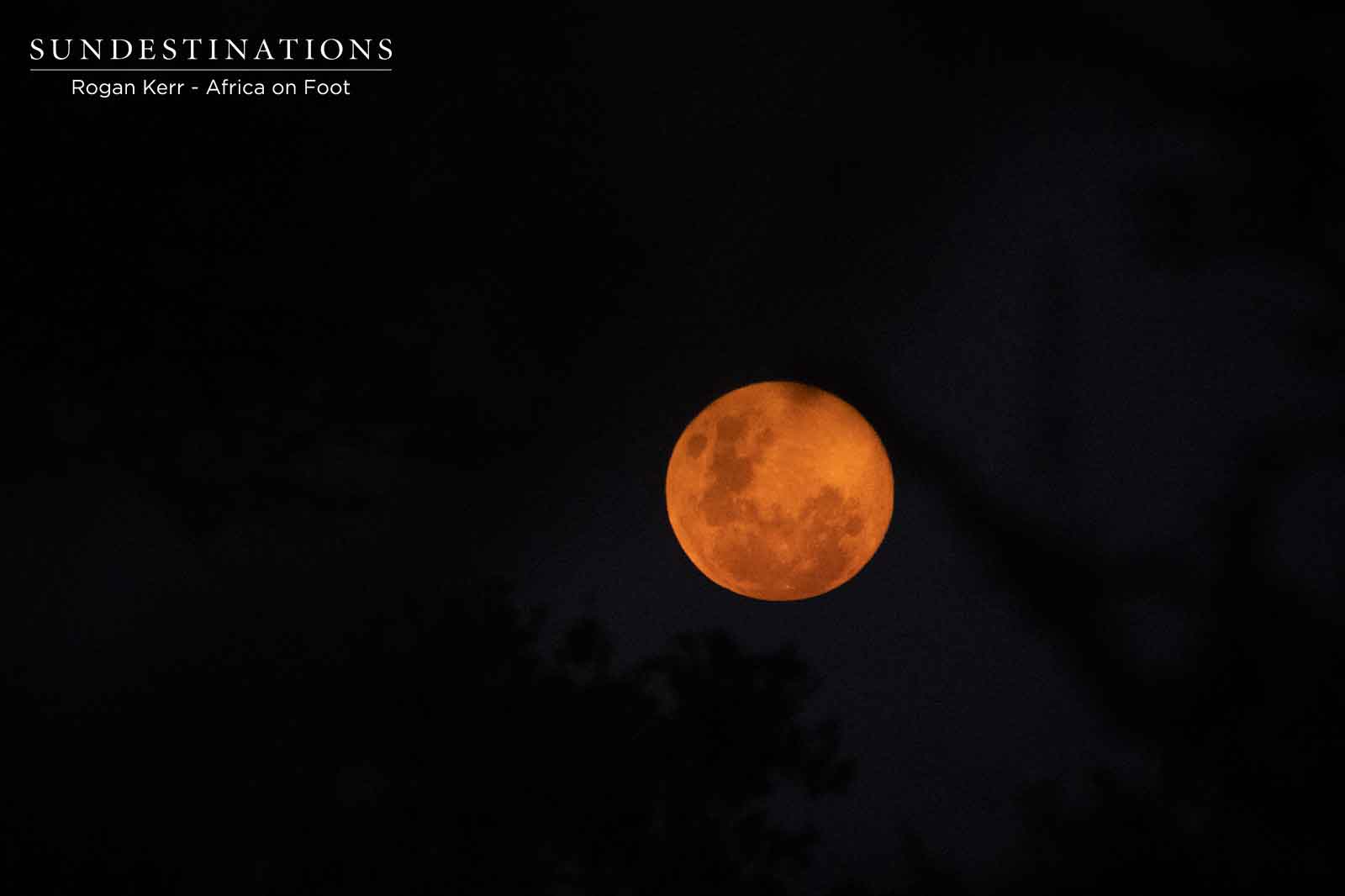 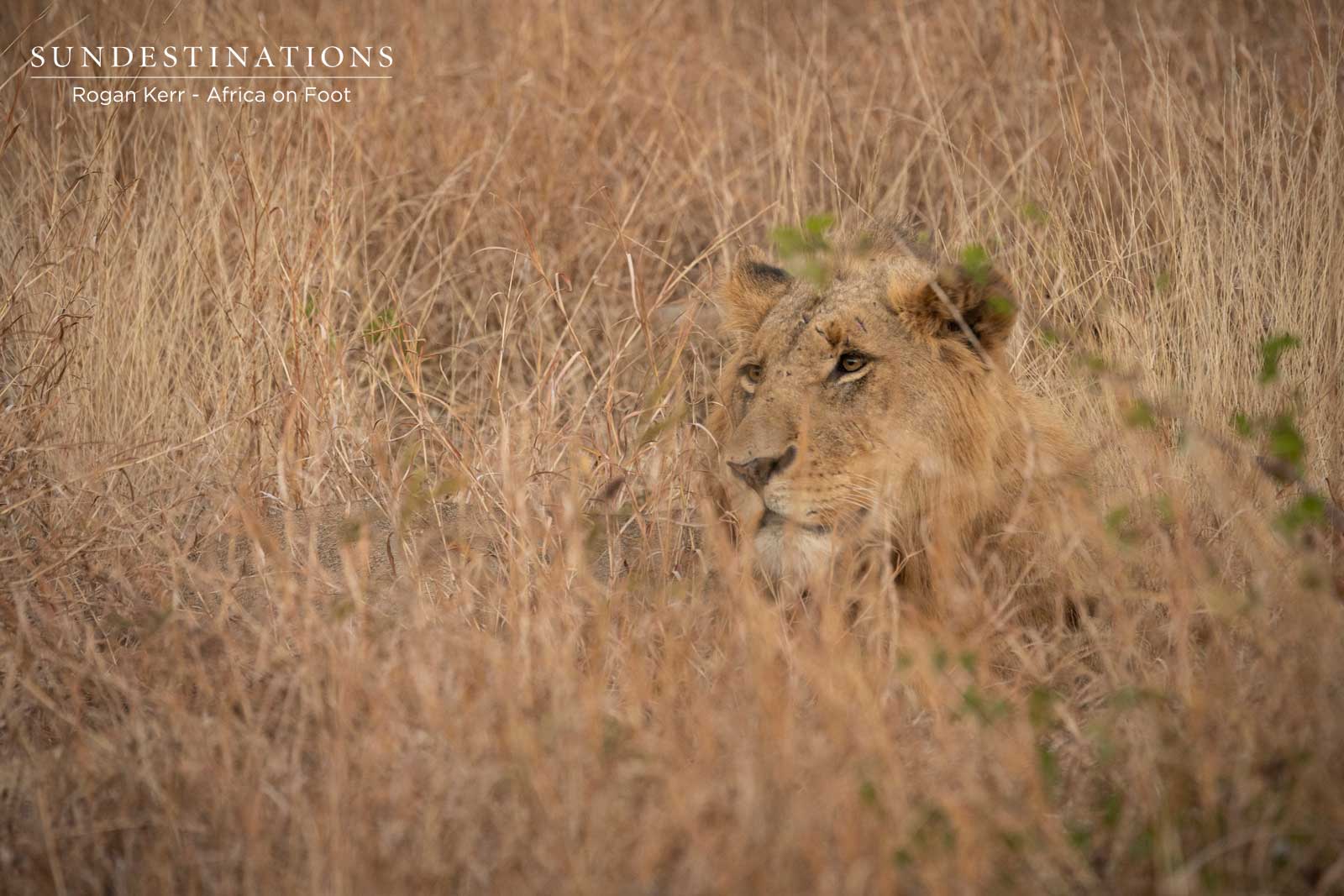 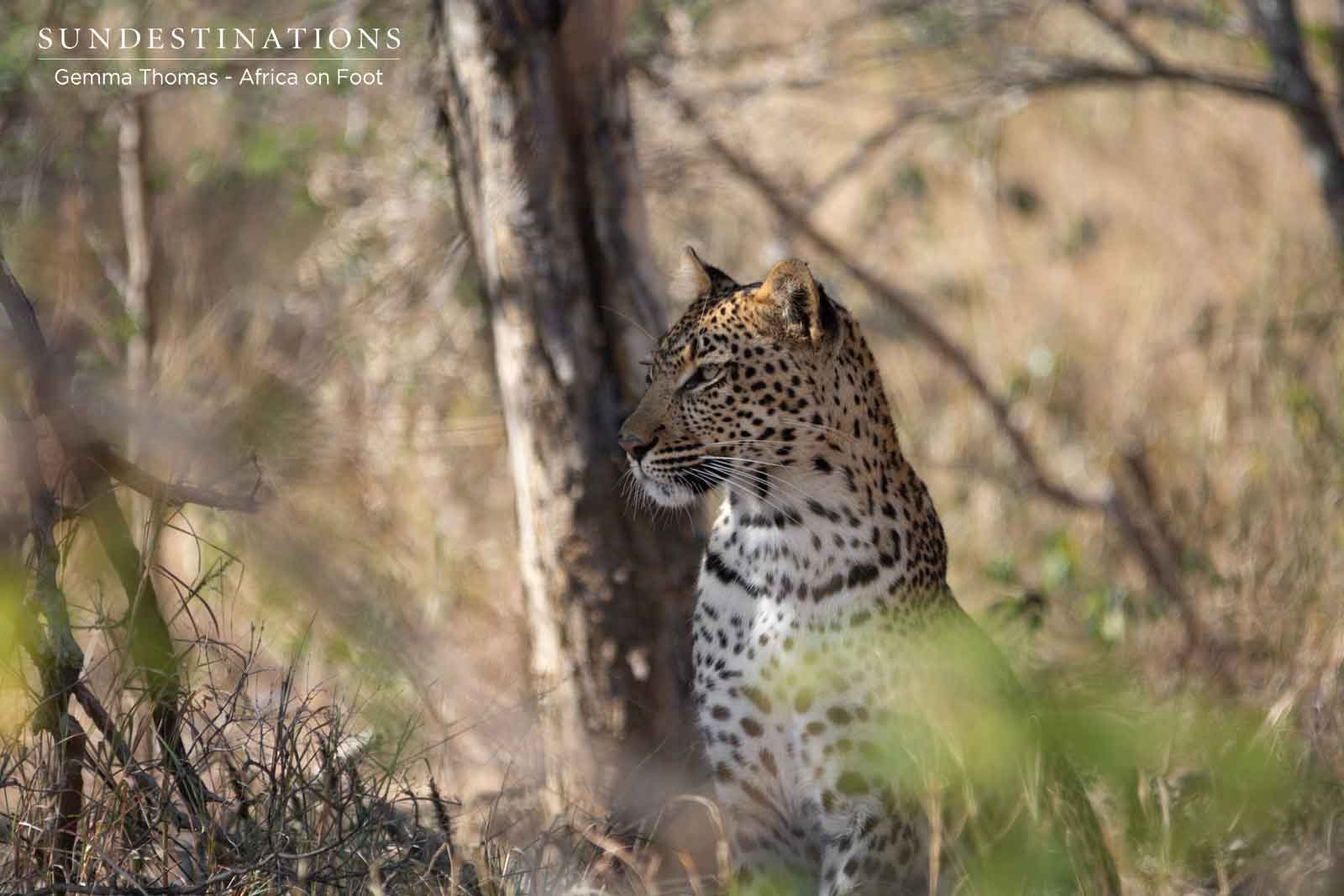