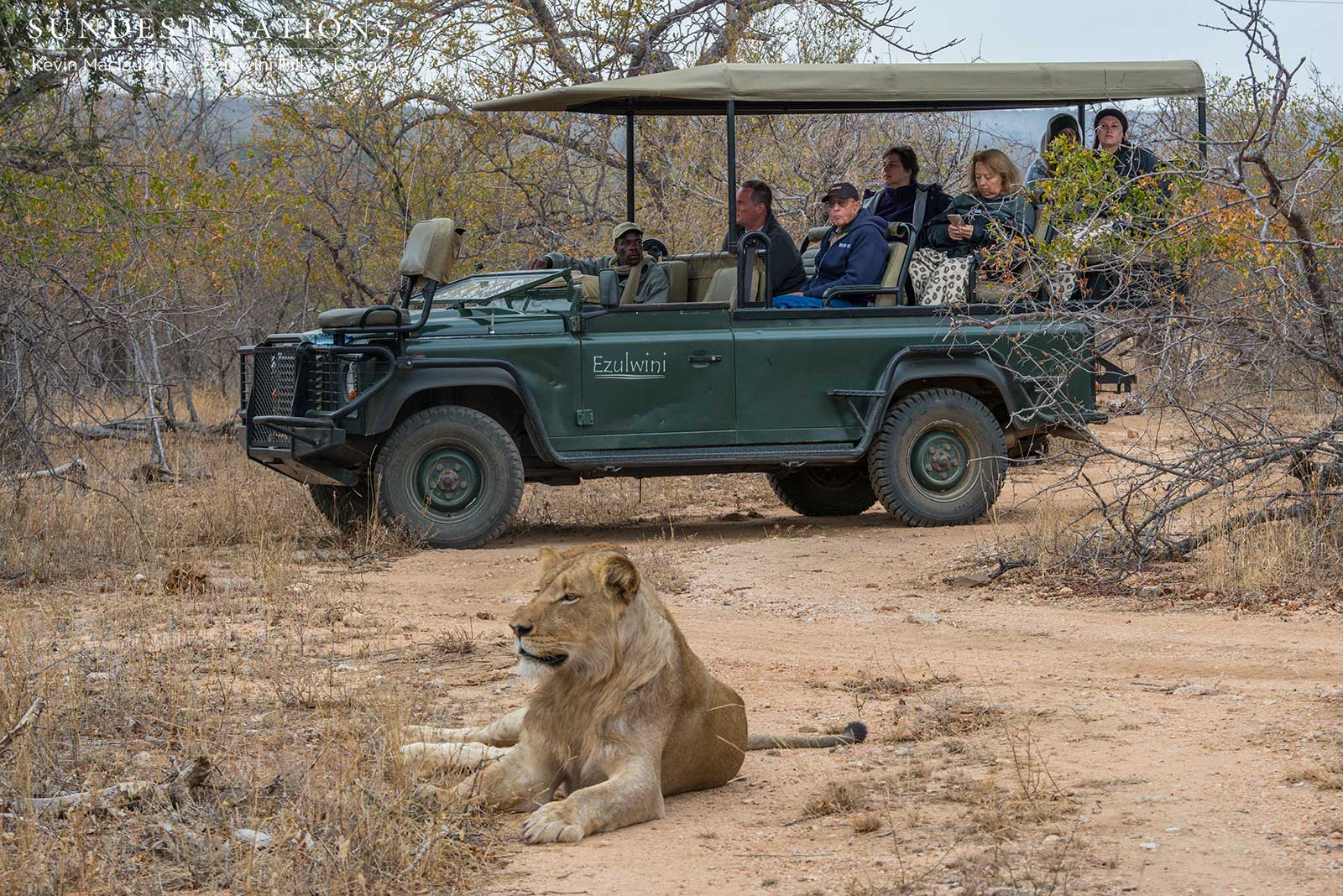 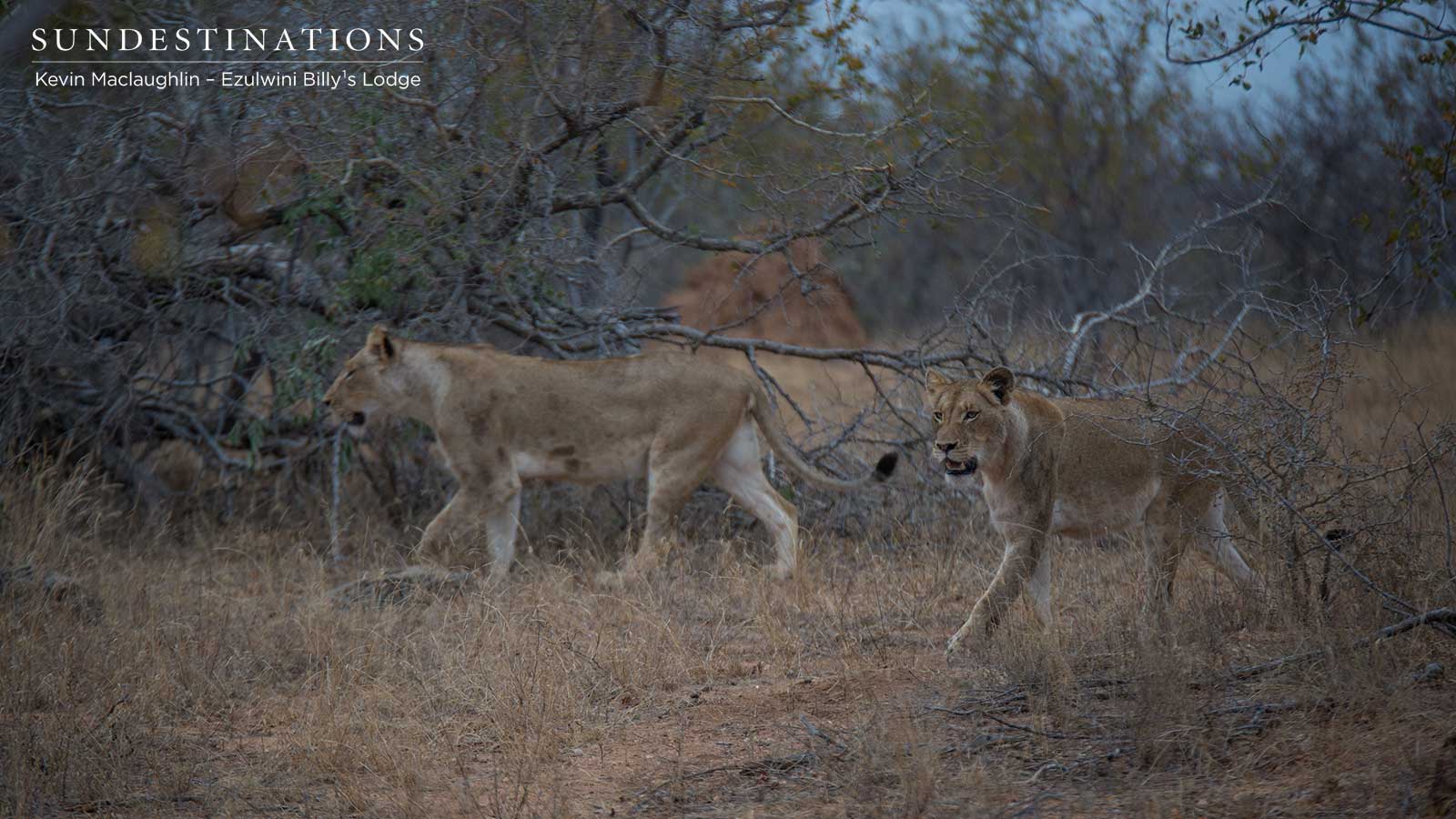 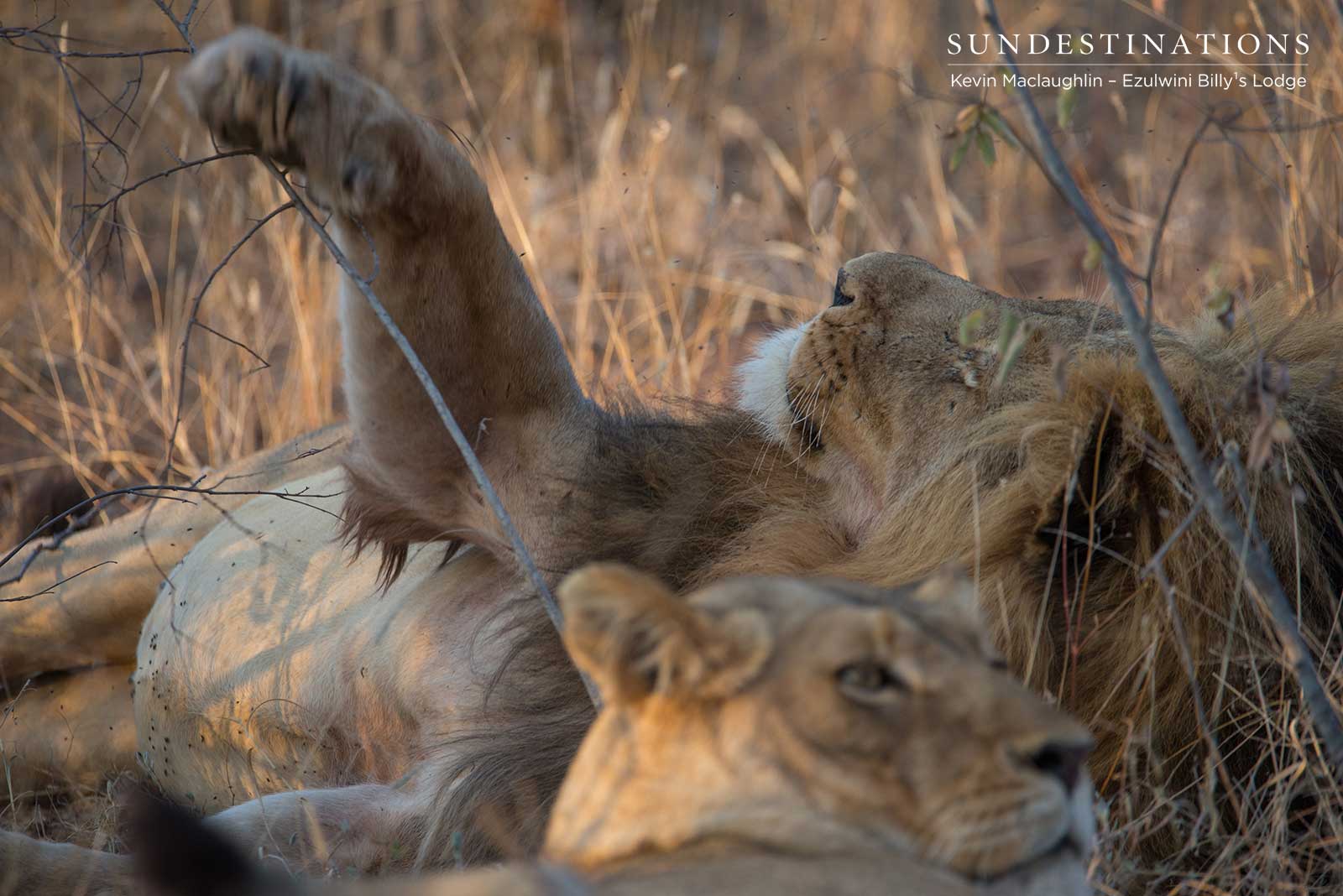 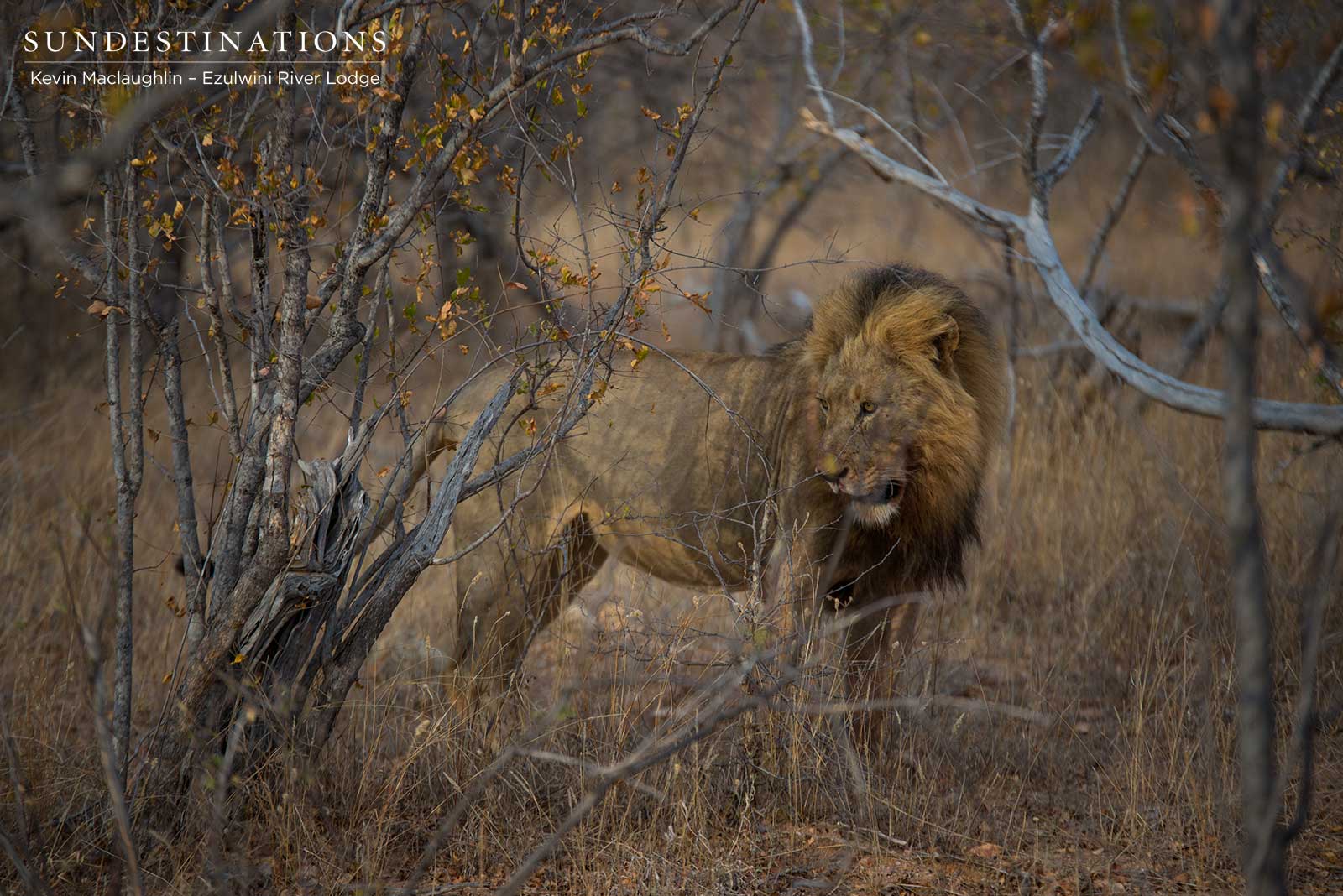 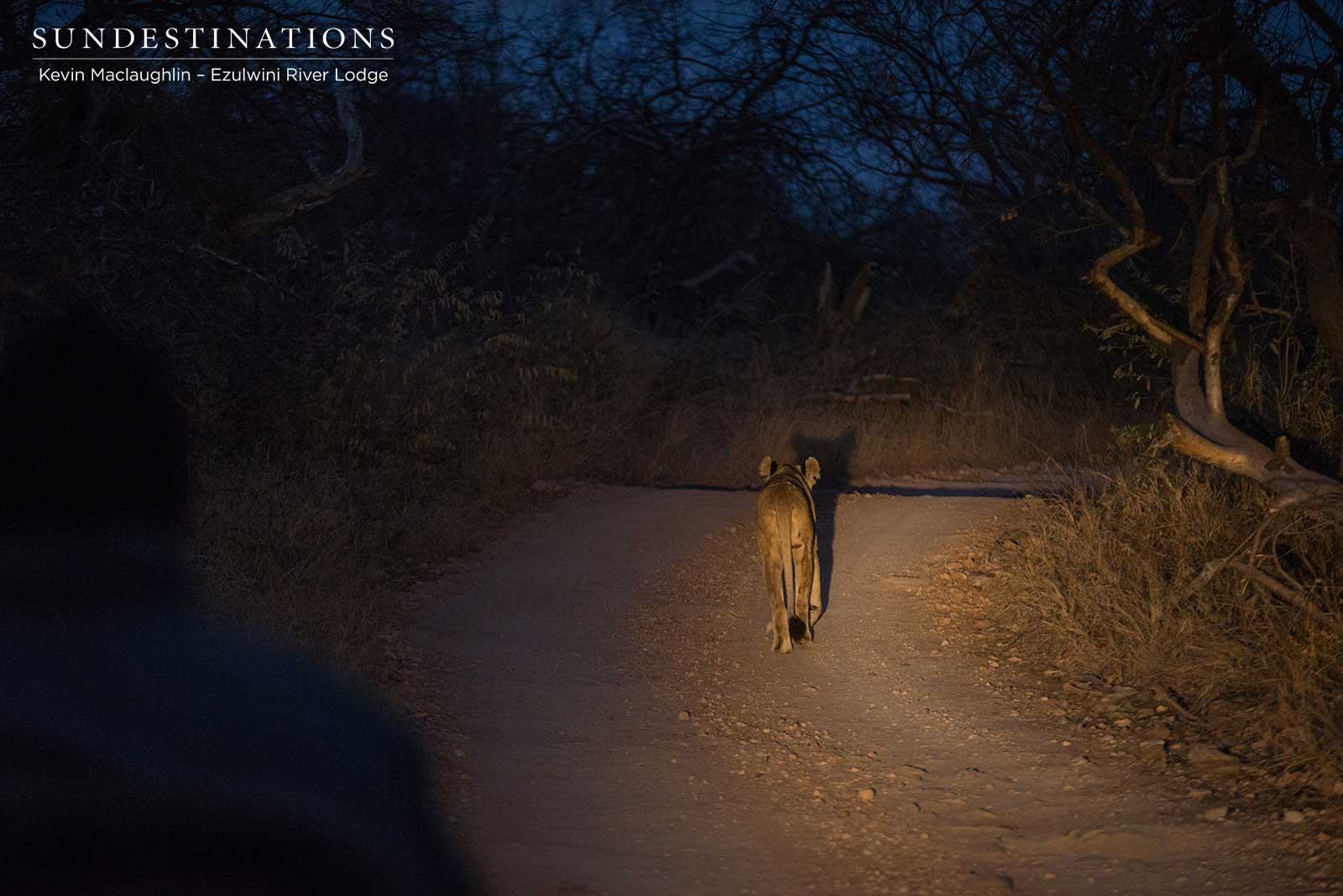 The 3 Machaton male lions have entered into Mohlabetsi turf with an arsenal of attitude and brazen bravado. Looks wise, they’re a powerhouse of all the lion stereotypes – heavyset, cascading manes and a strut that oozes confidence. The Mohlabetsi male lions were initially 8 lions strong and appeared to dominate the Balule area around Ezulwini. Recently, they dwindled to 6 and they’re regularly spotted while out on game drive with Ezulwini Game Lodges. The Machaton males entered Mohlabetsi turf and terrorised the large Mohlabetsi male; and with that the dynamics of the area shifted almost immediately. The male walked away relatively unscathed, but did have a number of deep scratches. Having put the fear of God in the coalition of 6, they now flee when confronted.  This dramatic event unfolded about 2 weeks ago.

Circa 1 week ago, our ranger and photographer Kevin MacLaughlin was on assignment in the Balule and sent us a detailed version of lion events that unfolded during the course of the week. He spotted the Machatons relaxing on the side of the road. Two of them were gaining their much needed sleep in order to conserve energy for their nocturnal patrols; while the third male was mating with a female. Clearly sowing his wild oats to sire cubs in order to continue the bloodline.

The Machatons have not only wreaked havoc with the Mohlabetsi boys. It appears that even the Kudyela Pride (they are a split-off from the Olifants West mega pride) are exiting swiftly when they get wind of the Machaton mayhem. Kevin says they saw the pride of females and sub-adults on the move while he was staying at River Lodge. 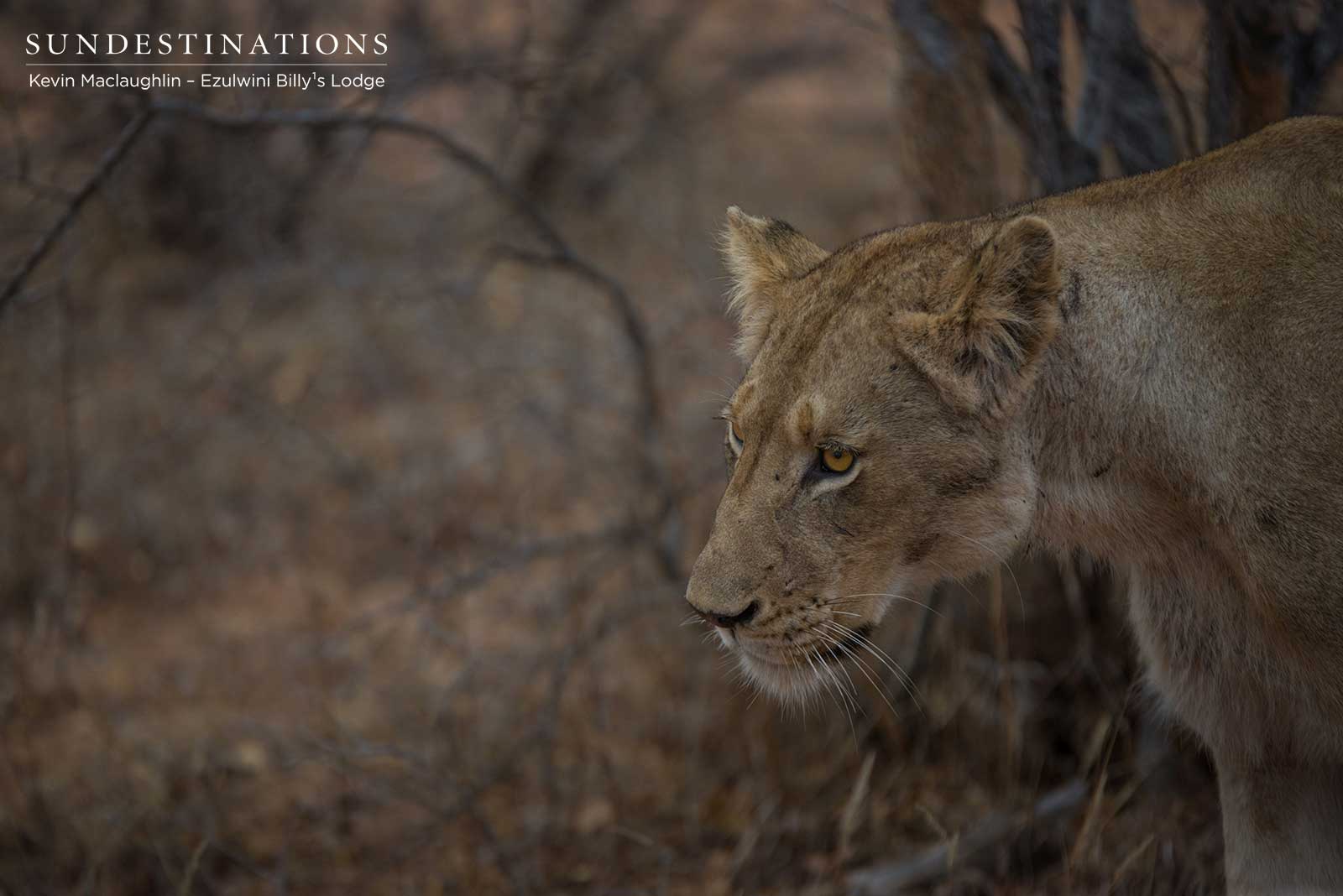 Despite the Kudyelas keeping a low profile when the Machatons approach, a few of the females were spotted mating with the Machatons! One of the Machatons tried to mate again with the same female that he had success with previously, but now she refused his advances and he certainly wasn’t taking no for answer! 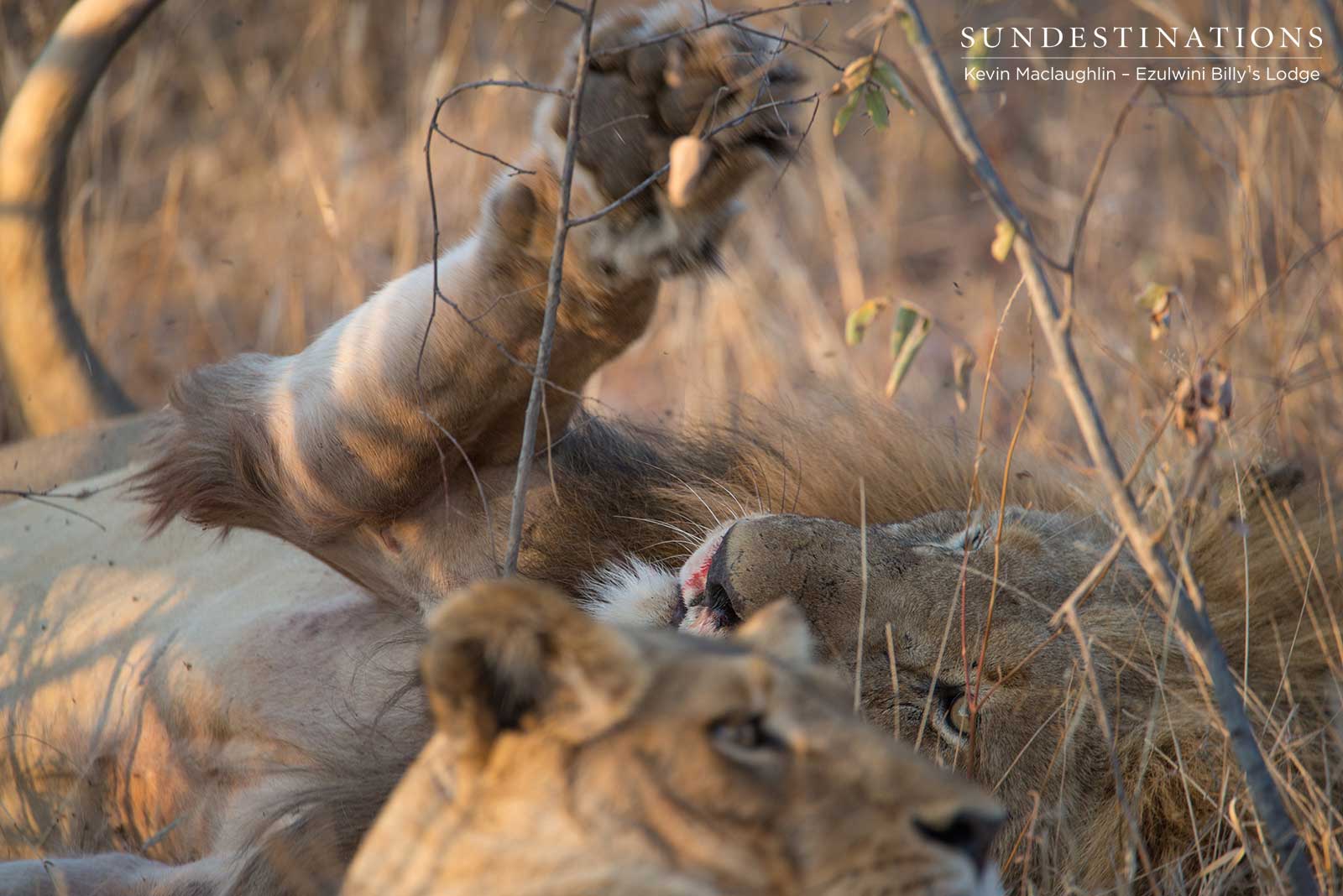 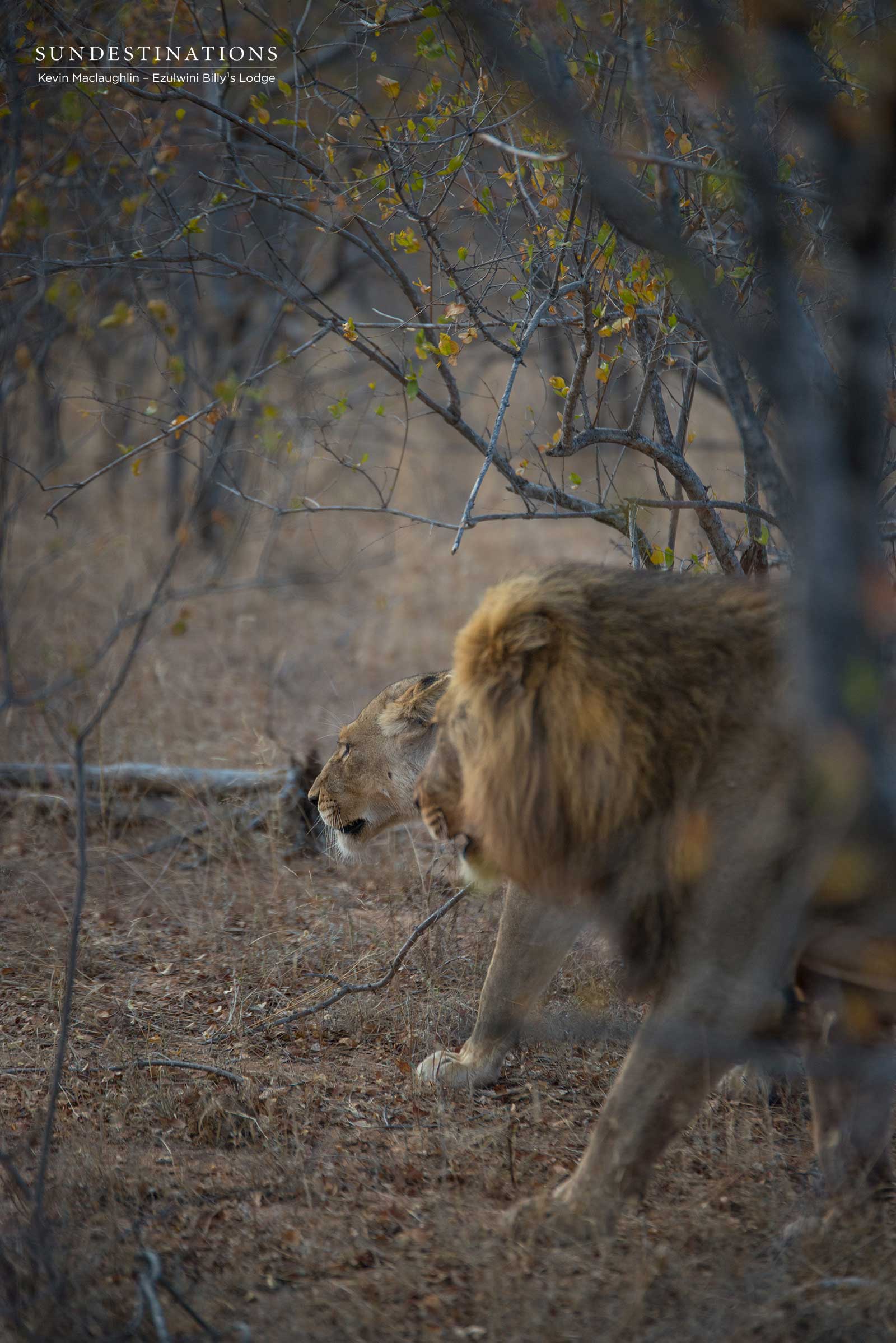 That same morning a lone lioness was spotted close to the perimeter of River Lodge, just strolling down the road. Ahead of her the road was littered with lion tracks, which indicates she may well have been lagging behind a pride. Unfortunately, she moved off into the thickets and rangers lost visual.

These incredible lion sightings and dramatic events took place during the course of last week while out on drive with Ezulwini Game Lodges. Today, we have just herd news from a neighbouring lodge that a body of a badly decomposed male lion was discovered. Speculation is that it’s “Blondie” from the Mohlabetsi male, but this is yet to be confirmed. The lodge reported that the remaining 5 Mohlabetsi males are in good health, but are still on the run from the Machaton boys. It’s always heartbreaking when a lion passes away, and this can quickly create a shift in behaviour from prides within the area. 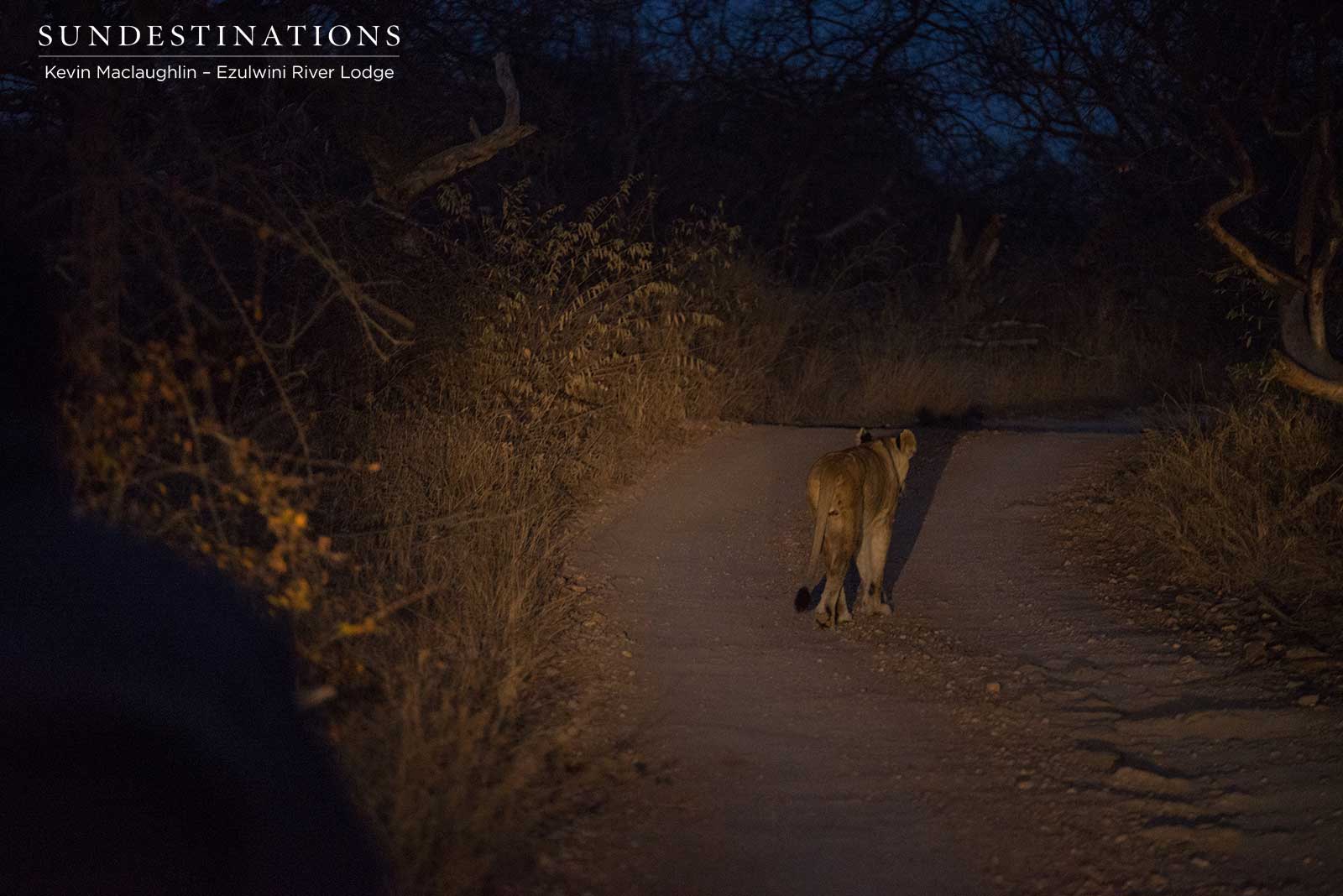