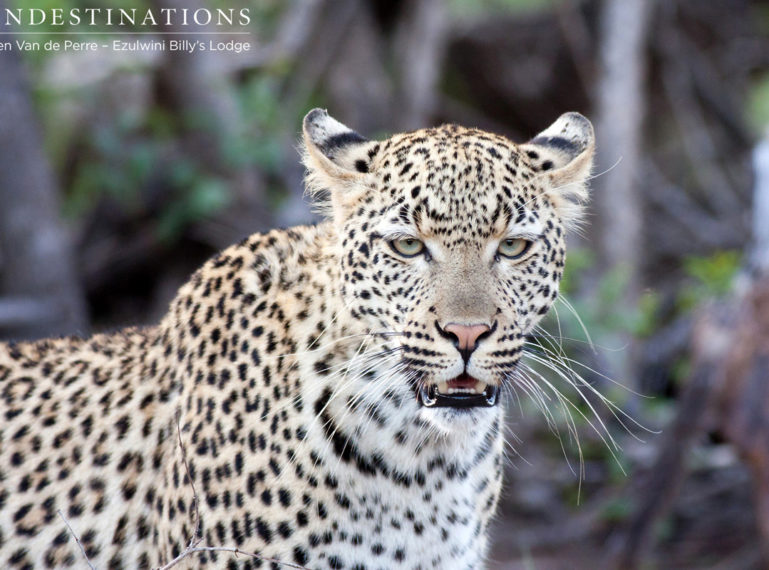 The Van Wijk’s leopardess is a small, yet powerful cat often spotted on Ezulwini’s traverse. She loves nothing more than to be in the limelight and never misses an opportunity to have her photo taken. Alongside Chavaluthu, the blue-eyed boy of the Balule, she’s one of the most commonly spotted leopards while out on game drive. A couple of nights ago, the leopardess was spotted patrolling her turf. Seemingly relaxed and confident, she let guests and guides watch her antics for about 20 minutes before she sauntered back into the thickets.

In the meantime, here are 5 interesting facts about female leopards. Hopefully this will help to understand the Van Wijk’s behaviour.