Week in Pics : The Genius of Genus Panthera 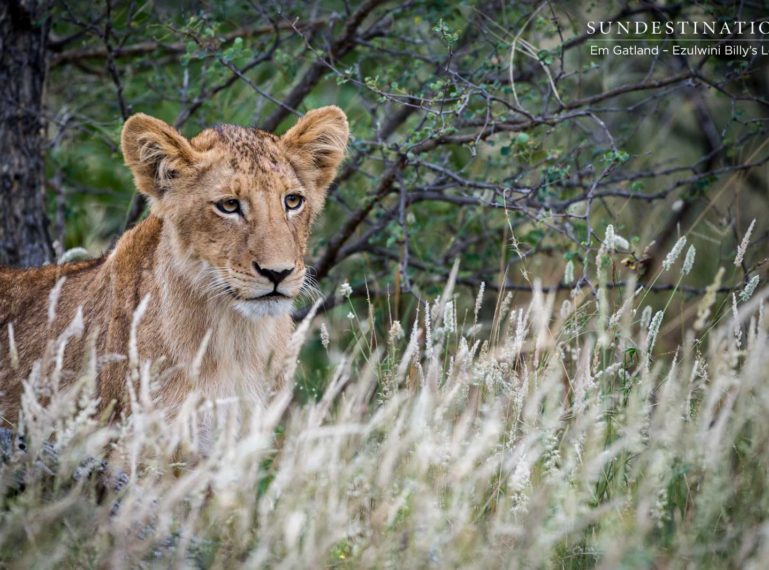 The Felidae family comprises the genus Panthera which refers to lions, leopards, tigers, jaguar and snow leopards. Snow leopards aren’t common in the bushveld; but our precious Panthera pardus (leopard) and Panthera leo (lion) are found in abundance throughout Botswana and Kruger. Now that you’re more aware of the taxonomic hierarchy of our cats, it’s time to celebrate the pure genius of these master stalkers, powerful pouncers and finely-tuned killing machines. This week we’ve experienced an unusually high rate of big cat sightings across the board, so it’s time to give them a bit of air time.

The Bicycle Crossing male and Mxabene male were seen during the course of the week. Spotting leopards while out on drive in the Sabi Sand is nothing unusual for Umkumbe. The highlight was stumbling across the Sparta Pride females – one of which was up in a tree ! It seemed they’d conducted a kill close to the boundary fence and sought refuge in a tree when chased by a herd of elephants. Tree-climbing lions? What a sighting for ranger Nadia and guests. Recently, the team in the Balule have indulged in plenty of quality time with blue-eyed beauty, Chavaluthu the male leopard. The highlight was the sighting of lions cubs. We have yet to ascertain which pride they belong to, but we do know that the Mohlabetsi males were mating with a variety of lionesses  towards to end of last year. The Klaserie Camps have had an interesting development in the world of lions. Duma, the golden-haired male has become fairly elusive but a lone male from the Mafikizolo Pride wandered over onto Klaserie turf. The Ross Pride breakaway lionesses made a comeback and so have the leopards. Leopards Bundu and Cleo have dominated this week’s sightings. The lions are hovering around the perimeter of this Kwatale Concession camp and are often seen at the pan in front of camp. Photographer Dan went out in search of them and found a male and female enjoying a mating session! Unable to get photos, this week we’ve decided to share images of our other rewarding sightings at Tuskers Bush Camp.