Week in Pics: Wildlife Behaviour in the Rain 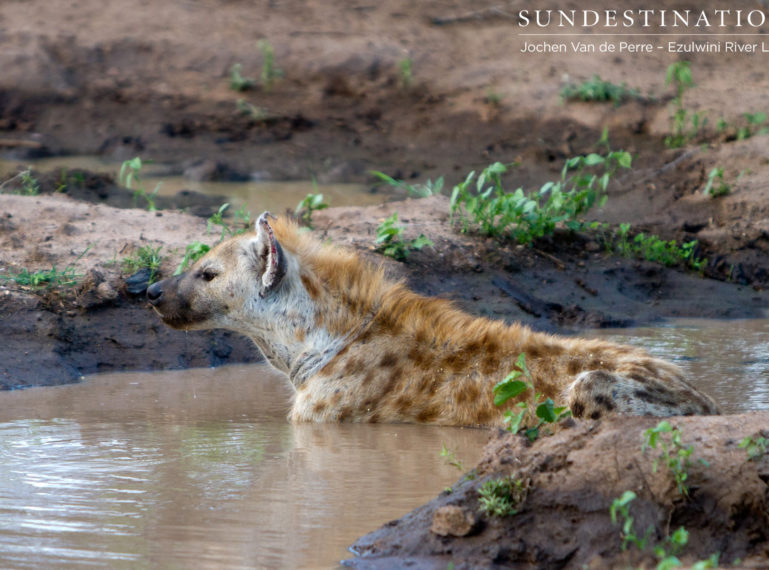 The skies have opened and torrents of fresh water can be seen soaking the parched lands of the Kruger. The rain is here in full force and it’s creating a playground for our wildlife ! Dagga boys are spoilt for choice with waterholes, elephants are frolicking in the water like first time beach goers at the seaside; and some strange, yet wonderful things are happening in the Kruger. The rains have breathed new life into the arid landscape and Africa is dancing with delight.

This week in pictures, we’re celebrating the diversity of wildlife and focussing on the creatures both large and small who’ve emerged while the rains have pelted down.  Because our focus today is the abundance of water and changing weather patterns, we’re going to look at how wildlife behaves with the wet weather.

Our pride of the Balule is Ezulwini River Lodge and Ezulwini Billy’s Lodge. The lodges enjoyed heavy but intermittent rains over the past week, with a few days of dry weather and heavy clouds looming above. Last night there was a light rain and 34mm was recorded! The Balule bushveld is looking green and waterholes are looking quite full.

This week the accomplished scavengers hyenas, curious zebra, gentle elephants and stoic buffaloes have taken centre stage.  Buffalo need to drink twice a day and the “pathfinders” normally lead the heard to the closest water source. Dagga boys are the old bulls who you see wallowing in mud pools. All this rain is making the dagga boys very happy!

The huge breeding herds of elephant are spending plenty of time coating themselves in mud and their moisture laden bodies is a relief for everyone to see. Even the hyenas have taken to cooling off in the newly replenished waterholes. They’ll be sure to scurry away when they catch a whiff of a kill somewhere! Despite the incredible downpours and the mud soaked lands; our delicate water-fearing big cats have been seen in abundance this week at Umkumbe Safari Lodge. Leopards are one of the most adaptable cats and can live in a range of conditions. If there’s a downpour, they’ll seek shelter under the shrubbery or in a drainage line, which is preferable to the soaking weather, but nothing stops an opportunistic leopard on its quest to kill; even when the weather is undesirable.

White Dam, the notoriously shy leopardess, was seen with her cub just relaxing in the thickets. This week, the elegantly patterned leopard Mahlatini was seen guarding his duiker kill. This elusive leopard hasn’t been seen in 3 months, so this definitely topped the sightings of the week.

Bloats of hippo have been enjoying the high water levels of the Sand River, which runs in front of the lodge. Water loving species like waterbuck, buffalo and elephants have come out of the woodwork. Honey badgers and civet cats were also seen just flittering about under the cover of the starlit night sky. Antelope and plains game have certainly enjoyed the new growth and fresh grass on offer – the rains have delivered a fresh buffet!

This week, Umkumbe has just released an interview with Marius Zeilinga about the rains and the cause-effect it has on nature and the bio-diversity of the area. The Klaserie team happily reported a sighting of the Ross Pride Breakaway females. Albeit a brief sighting, the lions were spotted. They were on the move during the drier parts of the day and the gentle pitter patter of paws could be heard crunching through the thickets. We’ll tell you about that later on today…!

In other news, as predicted, the huge buffalo and elephant herds are enjoying the wet weather. These two mammoth sized herbivores need water sources in order to survive; more so than other species. The smaller creatures have been out to play and there was a rare sighting of a deadly puff adder. Clearly the snakes are on the move to find sources of heat during the day and drier areas to hibernate from the rains.

Wading birds, such as the unfortunate looking marabou stork, also seem to be celebrating the rains. Raptors such as the fish eagle clearly love the full dams – more fish and reptiles. Plenty of activity from nThambo Tree Camp and Africa on Foot game drives.

Enjoy the week in pictures and let’s celebrate the birth of a more “green” Kruger. Our lands have been thirsty.