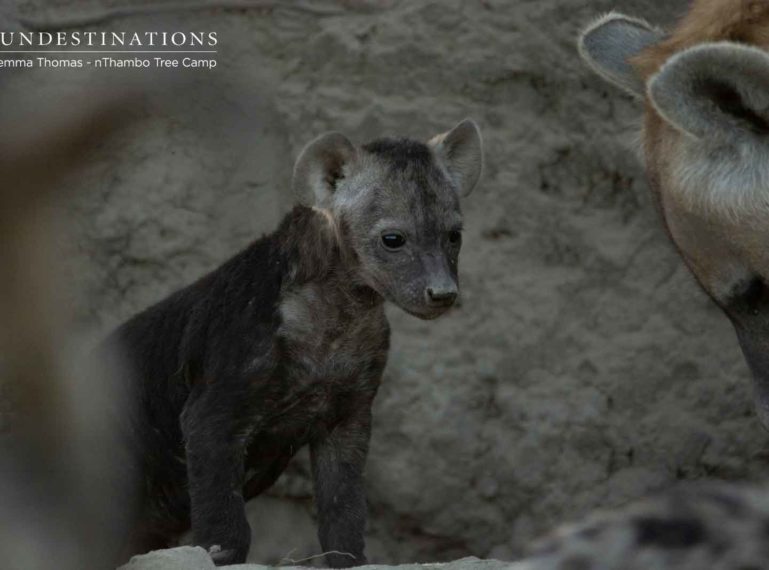 About a week ago we released the first 3 videos (Chapter 1) of the discovery of Margaret’s Khaya, a hyena den on the Klaserie traverse. Before we discuss the next 3 videos (Chapter 2) it’s vital that we furnish you with a quick recap. Chapter 1 discussed the discovery of a buzzing hyena den deep in the thickets of the Klaserie. Rogem learned of the active den and headed straight to the area in the hopes of finding the youngsters. They weren’t disappointed with their bushveld mission. When they approached they area, they came across a couple of juvenile hyenas nursing. Team Rogem spent time observing the alphas taking care of their young.  At a later stage they returned to the den and discovered an even younger set of cubs ! It became clear that this massive active burrow currently houses a number of cubs varying in age. 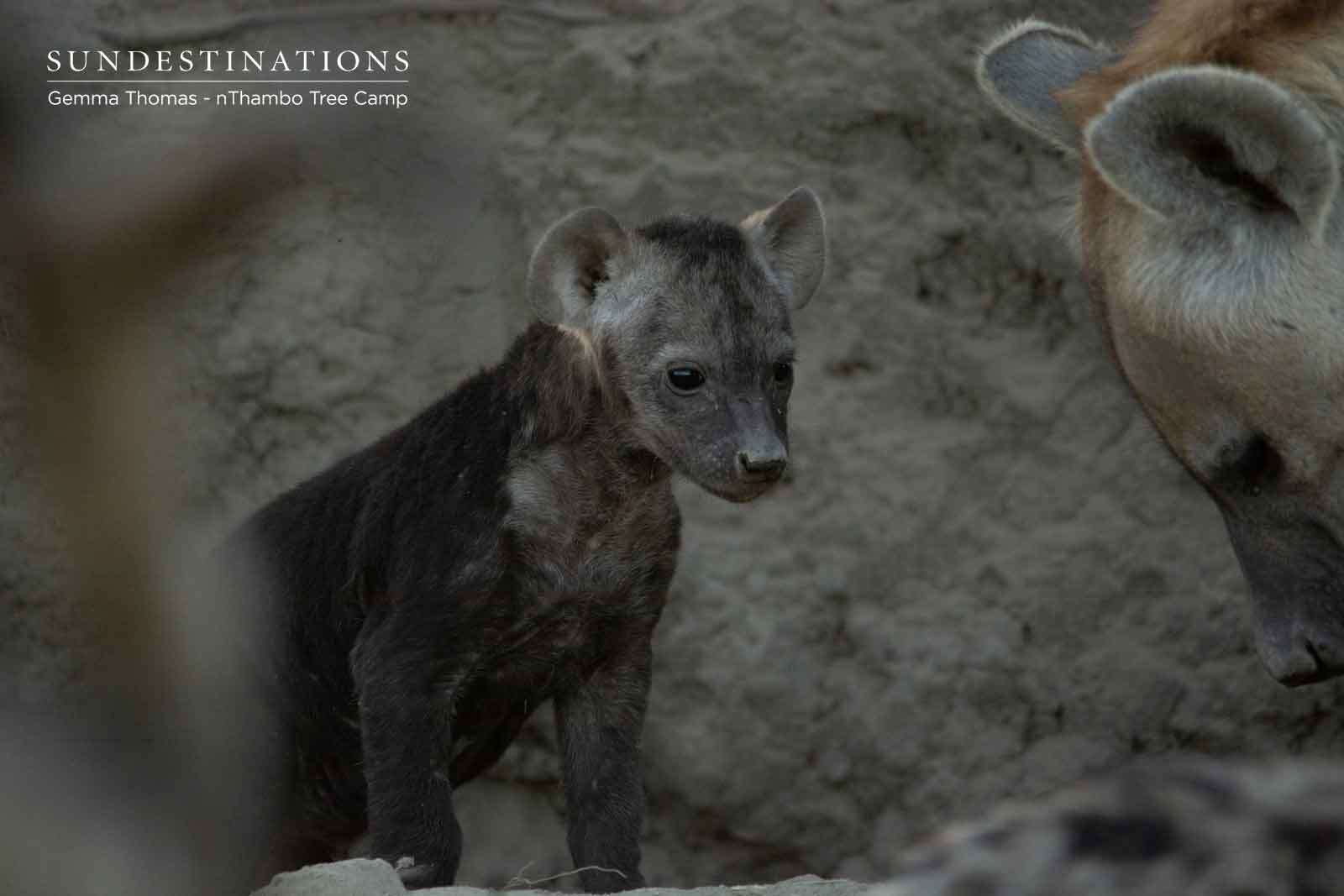 Cue chapter 2’s videos. This series of videos showcases the behaviour of the young cubs exploring their new world. The tiny brutes cheekily emerge from the entrance of the den site, and tentatively sussed out their surrounds while constantly checking in with mom. They stumbled back and forth from the entrance, seemingly wanting to explore the unpredictable world beyond the den. In the first video we see the cubs testing the waters.  The other 2 videos show the cubs becoming a bit more confident in their environment. Notice how the alpha females are very quick to usher the youngsters back into the safety of the den with a quick intimidating shove.

These tiny hyena cubs are displaying textbook behaviour. Naturally curious and confident, the cubs love nothing better than to clamber over older cubs, pick up vegetation and engage in playful behaviour with older cubs. These entertaining antics are actually vital for increasing bonds within the clan, building strength and asserting dominance. Hyena cubs are born ready. These scavenging carnivores are born with their eyes open and also have an aggressive attitude, which serves them well in the wild. Cubs stay in the den like structure for up to 18 months where they enjoy the safety of their community. It’s within this intricate burrow system in disused aardvark dens that hyenas learn how to handle themselves in the wild.

Currently, the cubs are still in the den area and guides from both camps have enjoyed prolific sightings of these successful scavengers.

We still have the final chapter to release – stay tuned.

Click here to read Chapter 1, the discovery of the hyena den site.