The Week in Pictures : Forget Flora, Winter is the (Feline) Fauna Season! 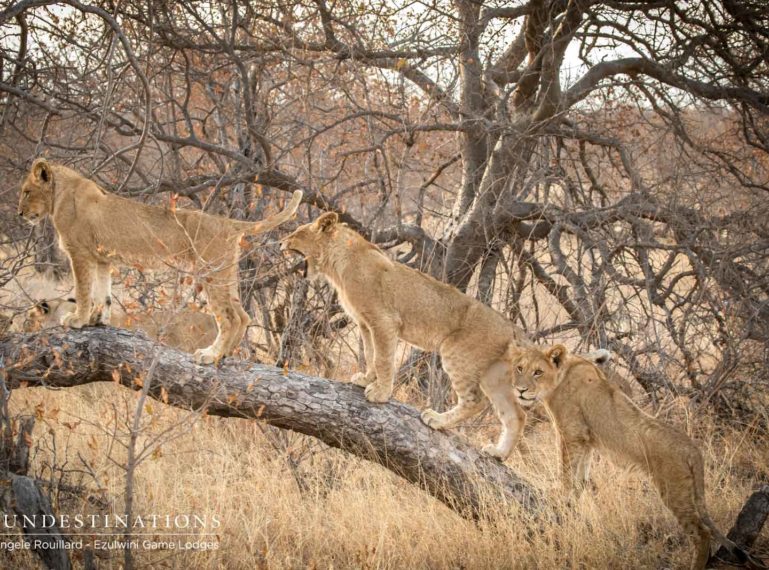 Friday flew past faster than a Peregrine falcon swooping in on its prey, which meant that we didn’t have the chance to release our much loved weekly edition of the “Week in Pictures” – we owe you a bumper edition of pictures. The Lowveld is buzzing with predator activity at the moment. When the bright colours of the bushveld die during the winter months, the life beneath the thickets comes alive. In summer the flora booms and in winter the fauna booms. There’s a perfectly reasonable explanation for this – the thinning of the bushveld just means that we are capable of viewing more during the winter months. During the lush summer season when the land is laden with velvet greens, the magic happens out of sight. Winter gives us more scope to spot the predator activity.

Let’s do a quick recap of the sightings from our Kruger camps. This week, Ezulwini Game Lodges and Umkumbe Safari Lodge have delivered the most noteworthy sightings across the board.

Our media team spent a few days at Umkumbe Safari Lodge during the course of the week, and were rewarded with a few interesting predator sightings. The cat sightings for Umkumbe proved to be more lion orientated than leopard. Rogem took delight in the 3 different lion sightings enjoyed on the traverse. One of the prides spotted was the Styx Pride – a pride that is looking quite battered and scruffy from their various confrontations with other local prides. The Styx Pride made a kill, but it seems one of the ever powerful Birmingham males stole it from them.

Rogem reported an absolute abundance of elephant herd sightings and avid shutterbug, Gem, managed to take incredible photos of the vehicles surrounded by these grey giants. When Gem and Rogan left Umkumbe, guide Shaun sent in reports of more lion sightings. And this time it was the 2 Talamati males and a Southern Pride male.

Like clockwork, one of the elusive leopards appeared out of nowhere. Ntsumi decided that the leopards needed a bit of airtime, so she made a guest appearance for Shaun. 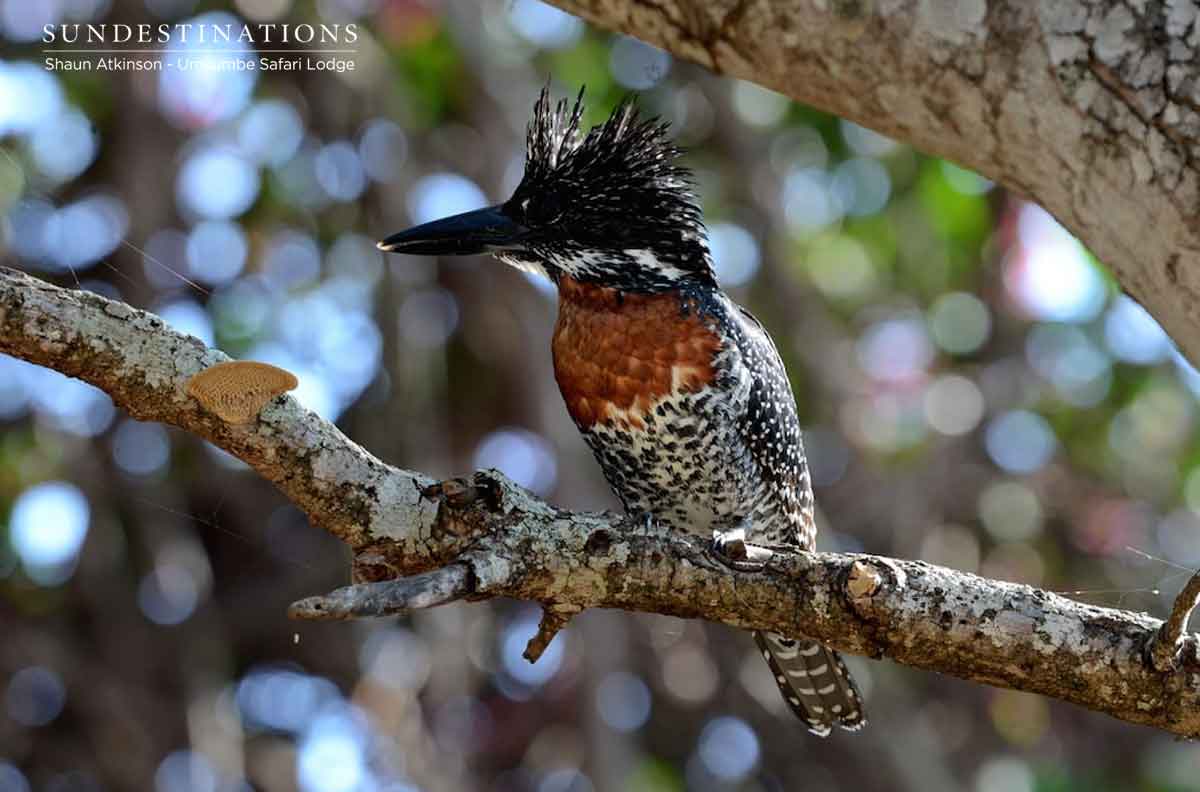 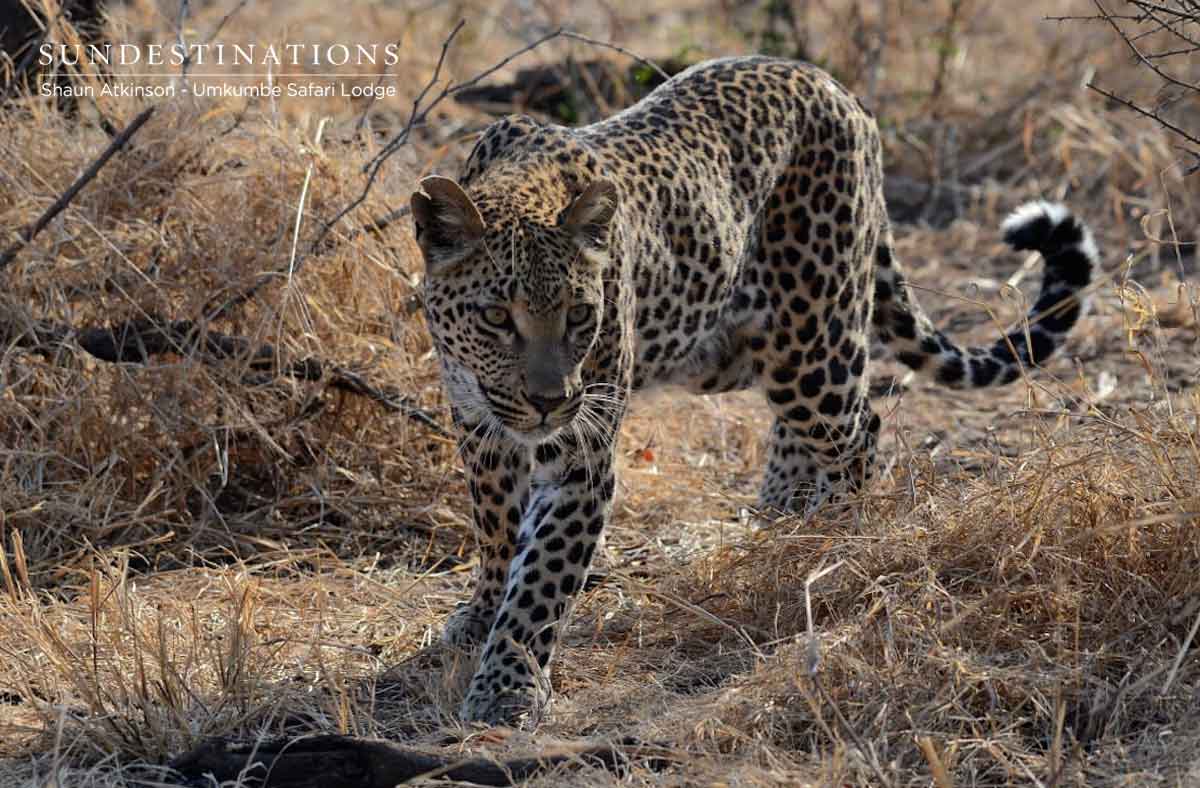 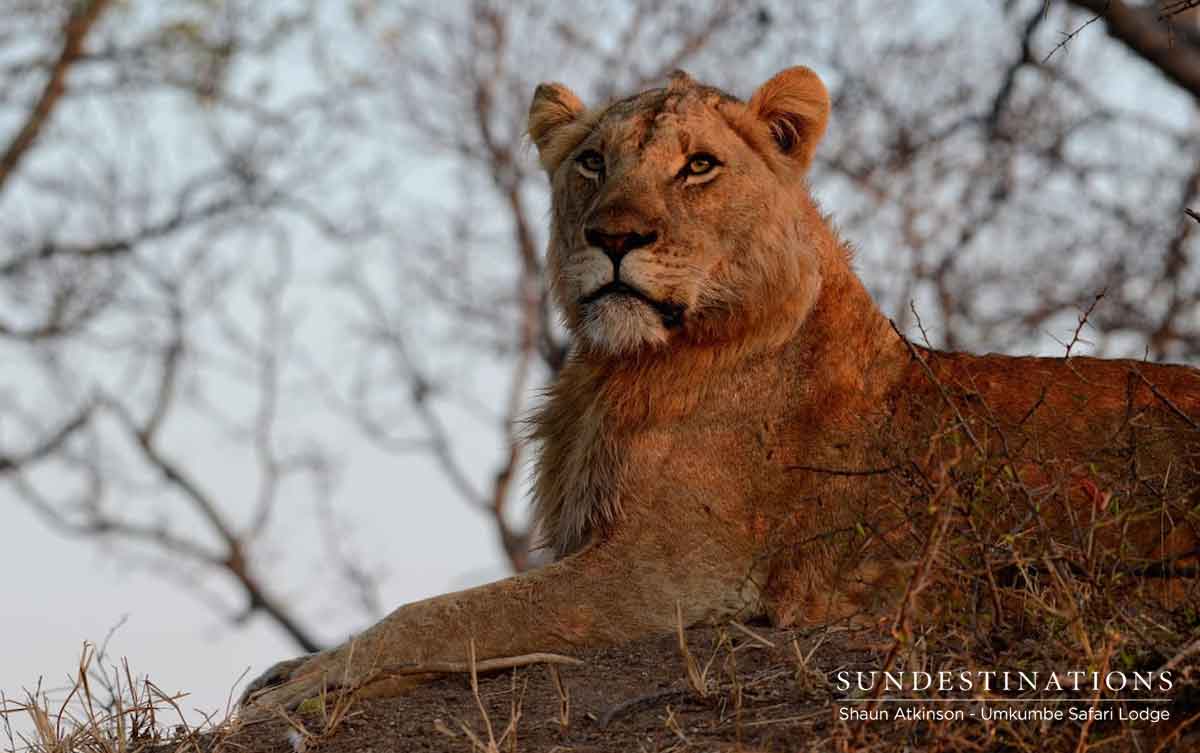 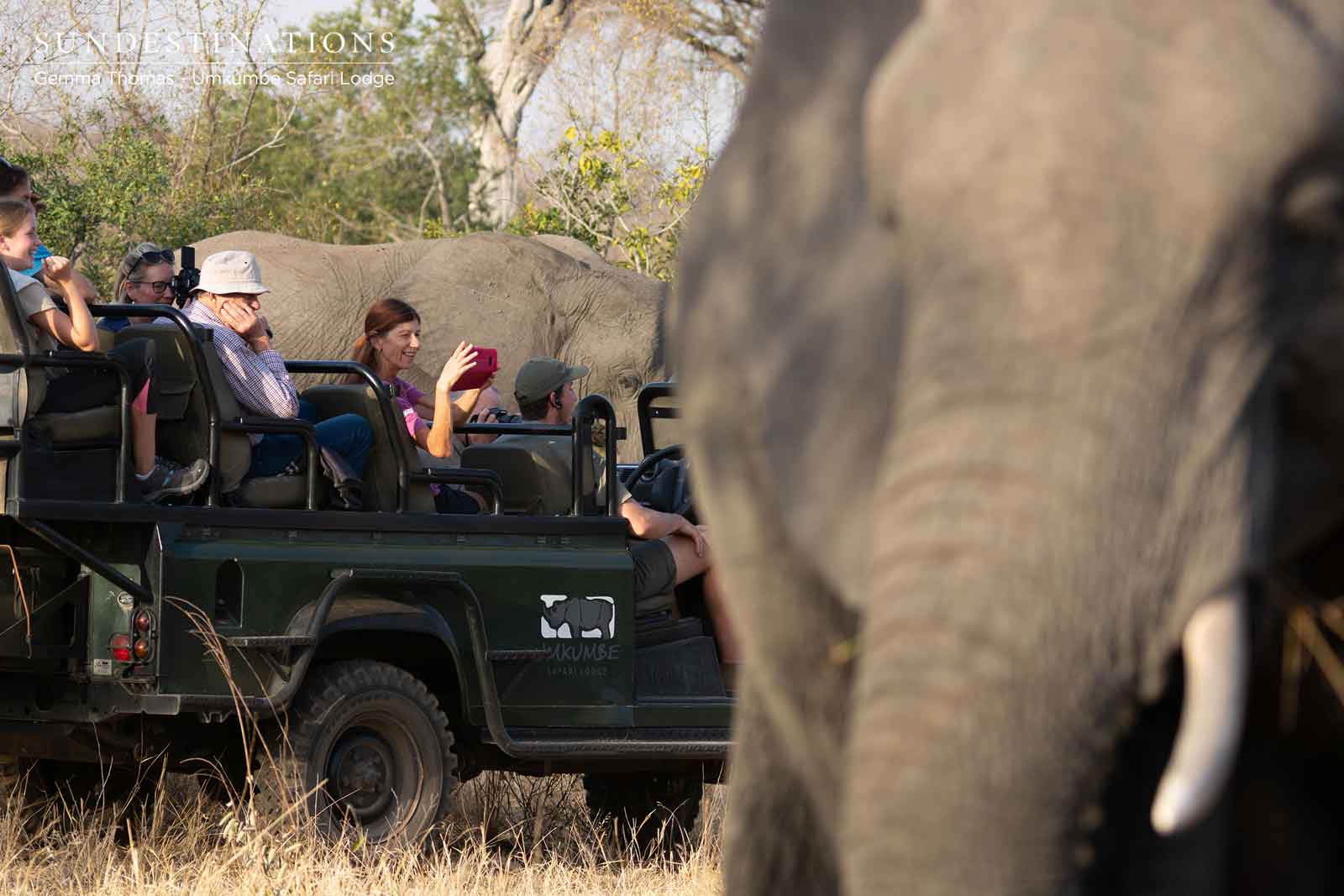 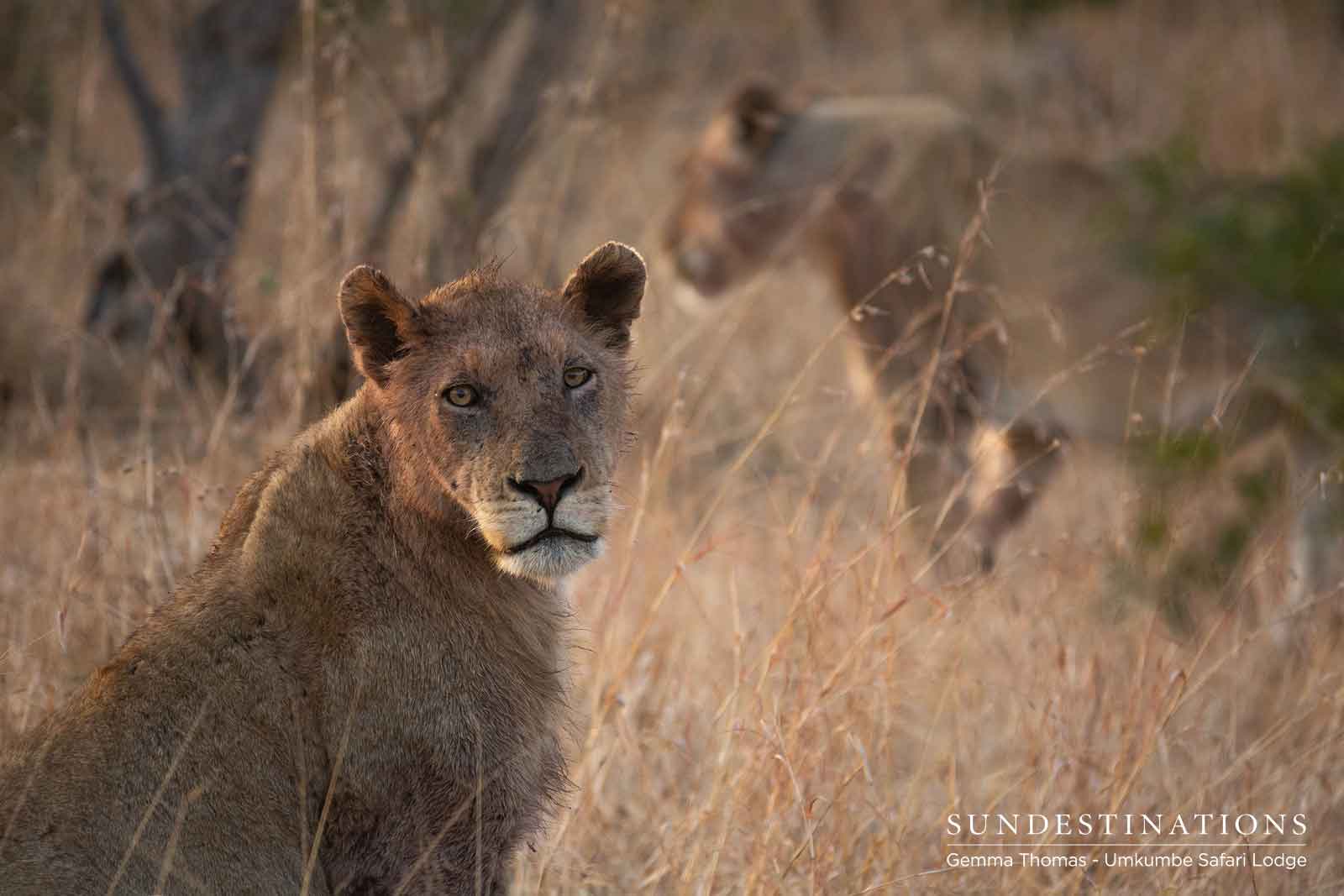 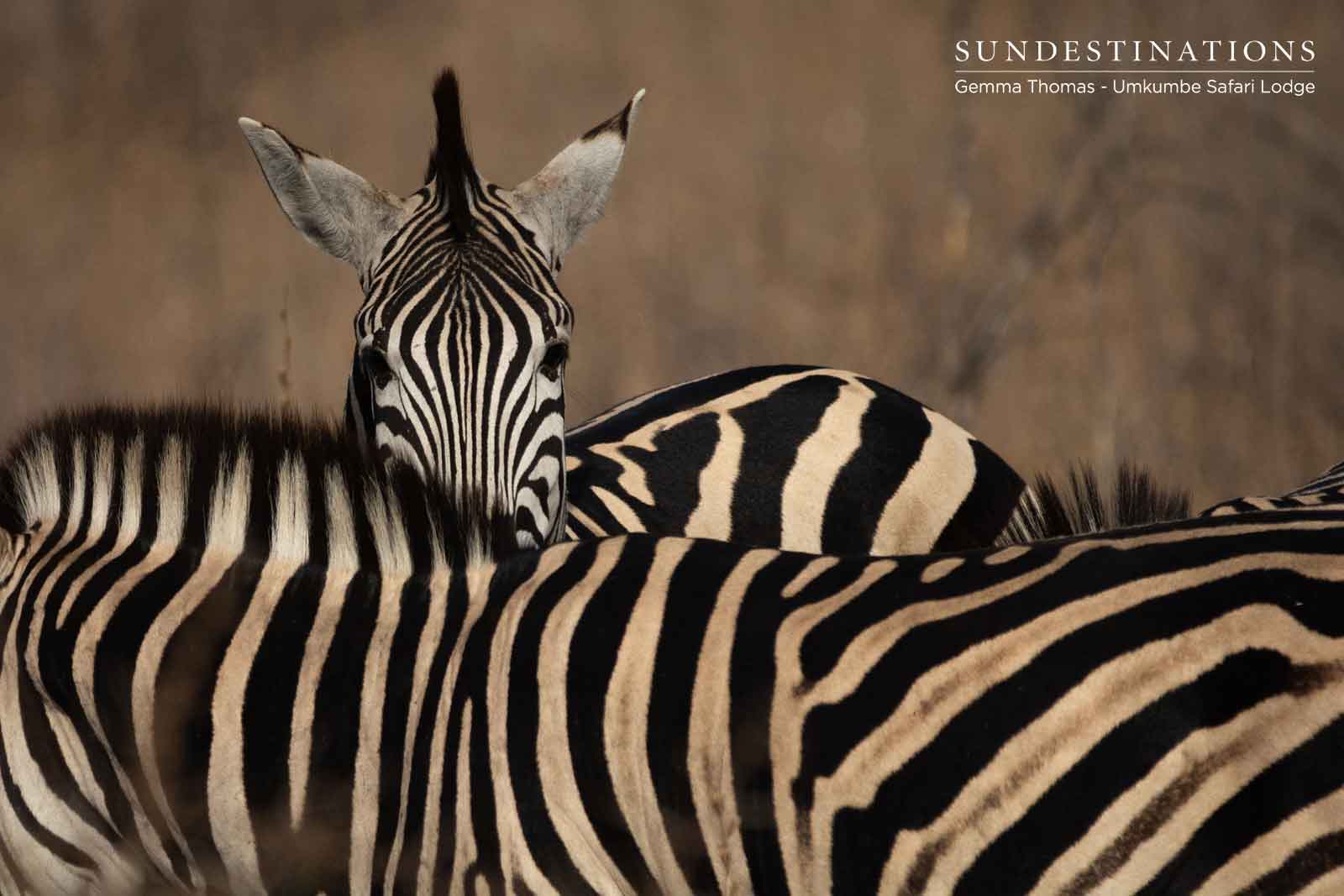 Ezulwini Game Lodges big cat sightings rivalled Umkumbe’s predator sightings this week. Guests were introduced to the might Machaton male lions swaggering through the bushveld, and managed to see a herd of burly buffs engaging in a dusty scuffle with the tawny kings. The Machatons eventually took down one of the more frail buffs, which meant that the boys were kept well fed for quite sometime. In true Balule game drive style, the Kudyela lionesses and cubs were spotted – also enjoying a kill ! To throw into the lion mix, another lioness and 2 cubs also took down a buffalo. At this stage, Angele speculates that these lions were the Singwe females.

During the course of the week there were also African wild dog sightings, sightings of Chavaluthu the dominant male leopard and his 4 – 5 year old daughter Faka Nochvela. Oh…And 3 cheetah were also spotted. 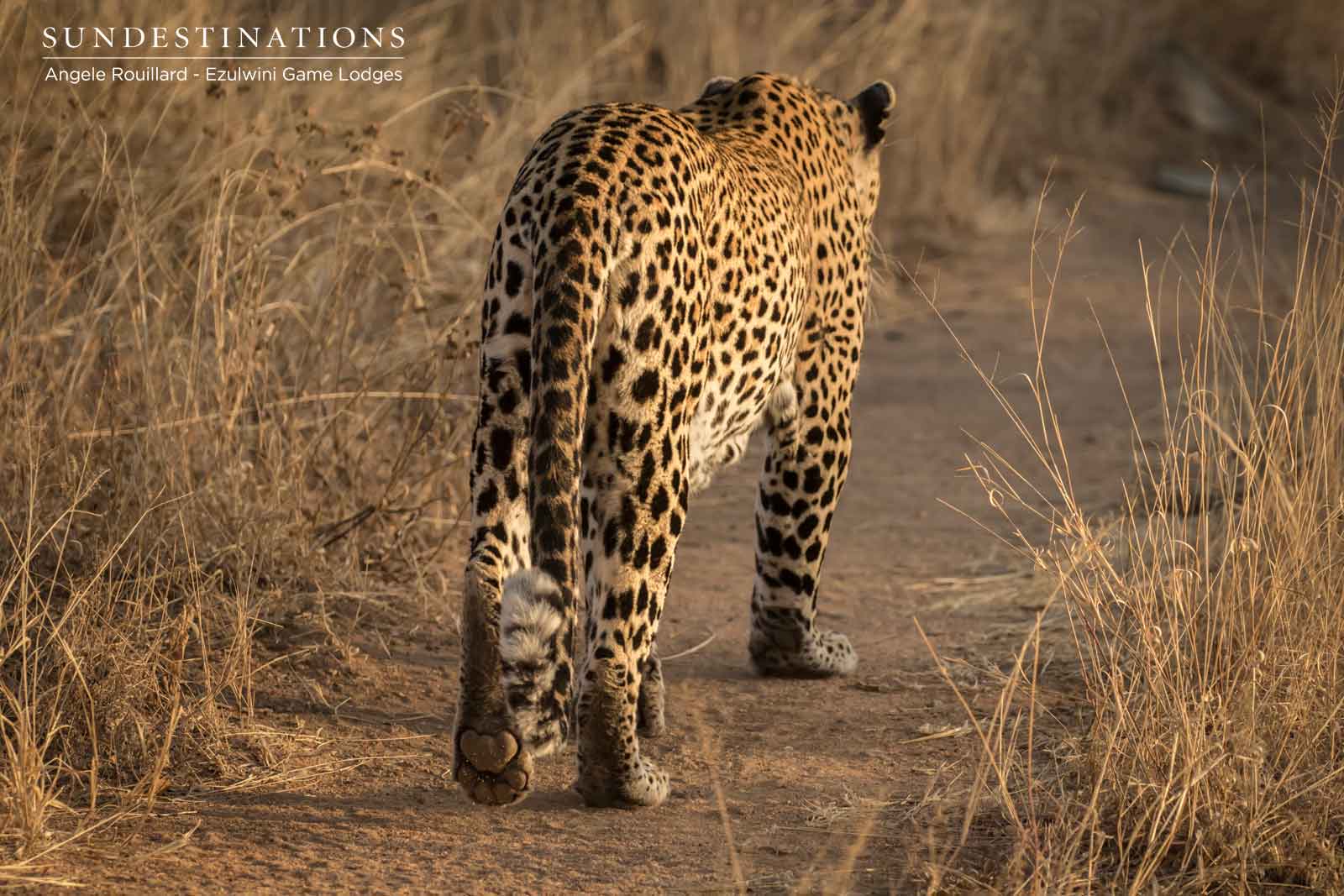 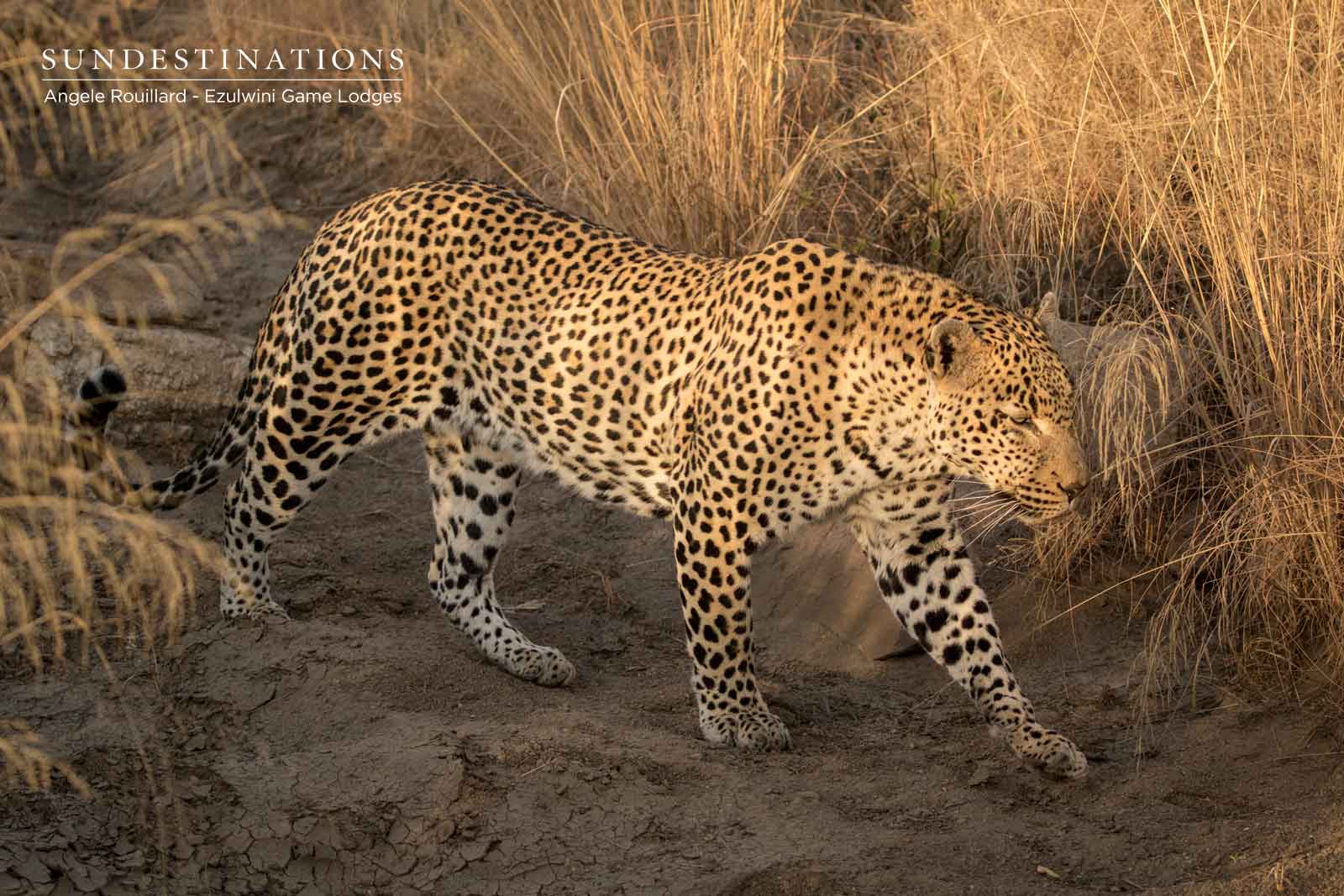 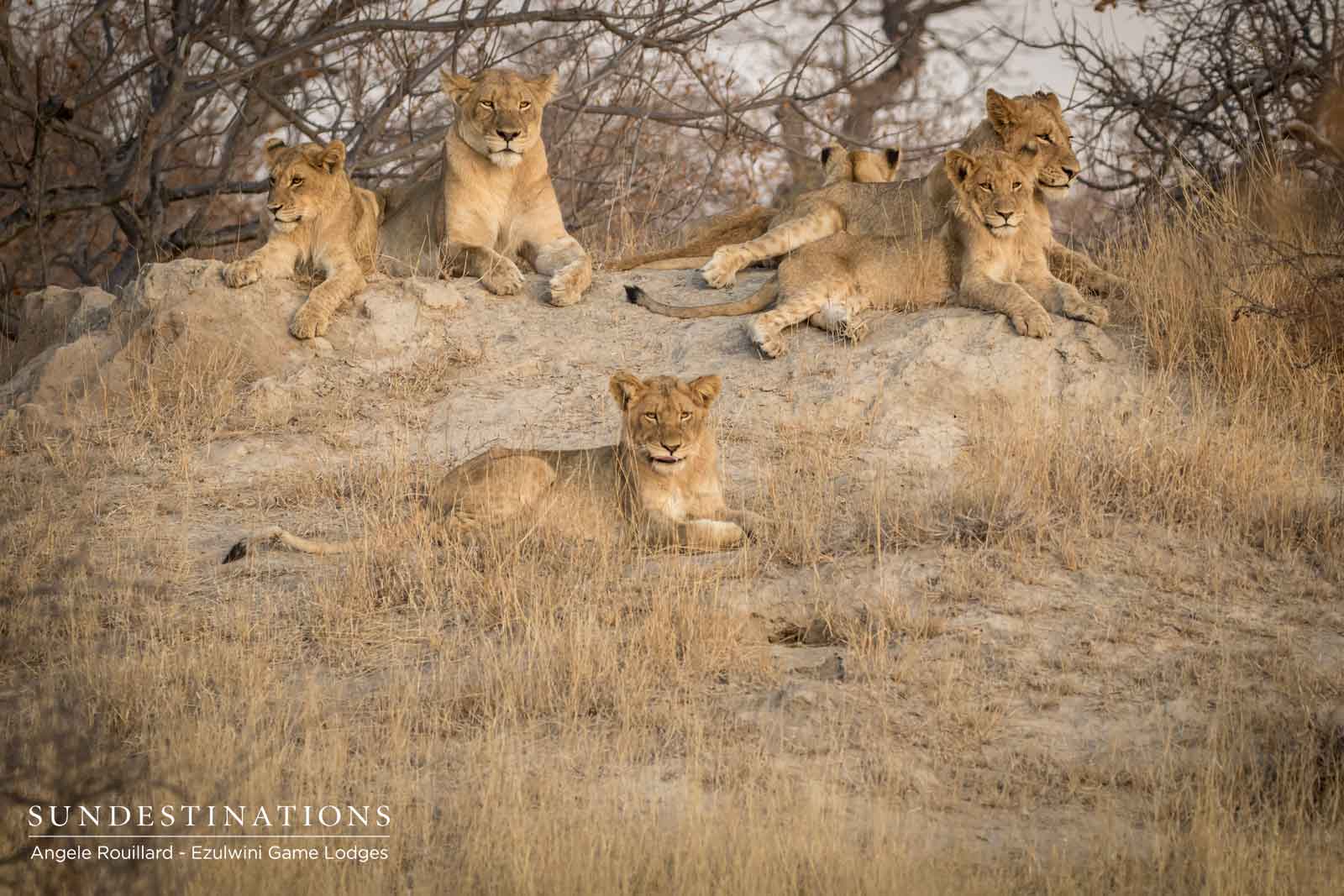 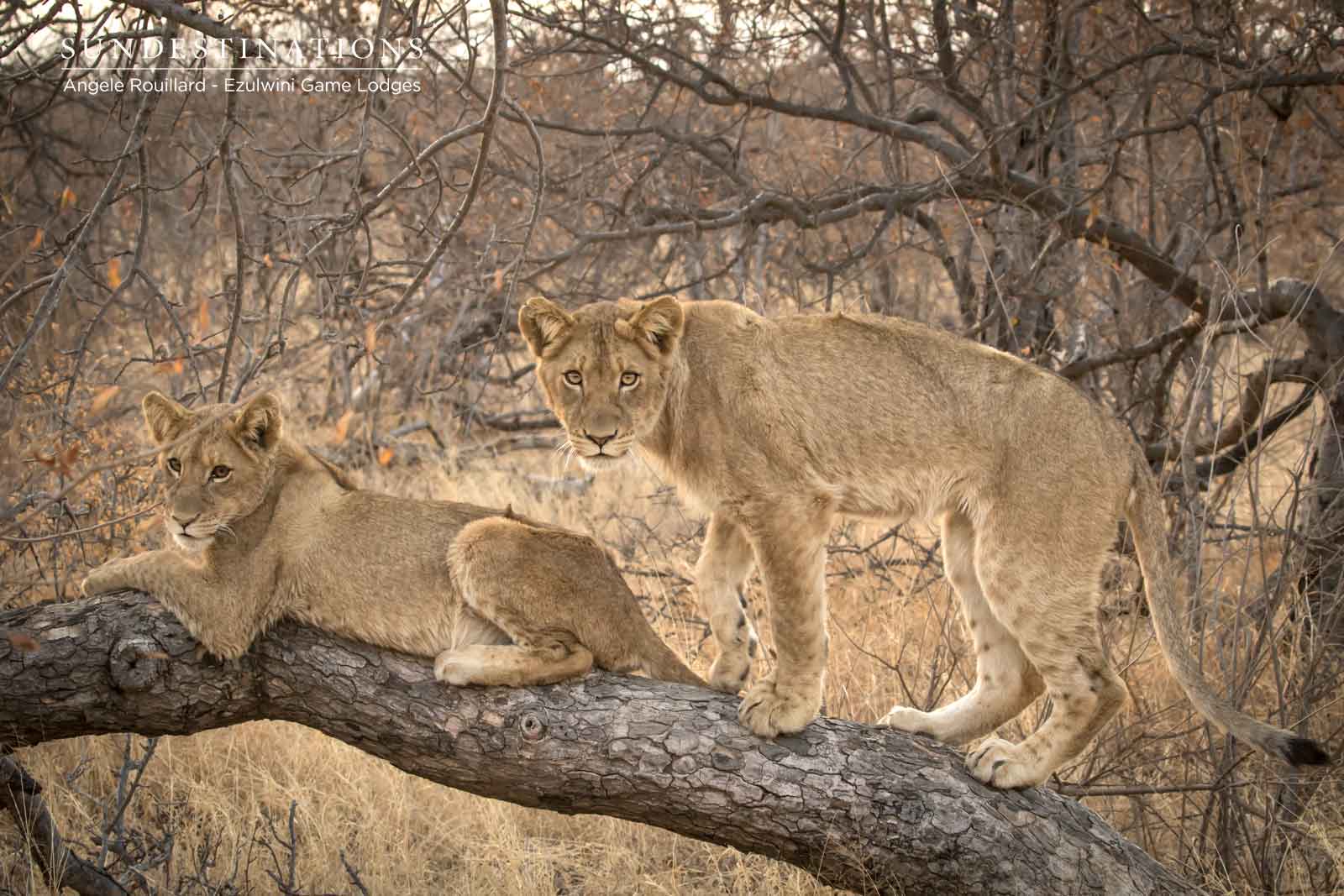 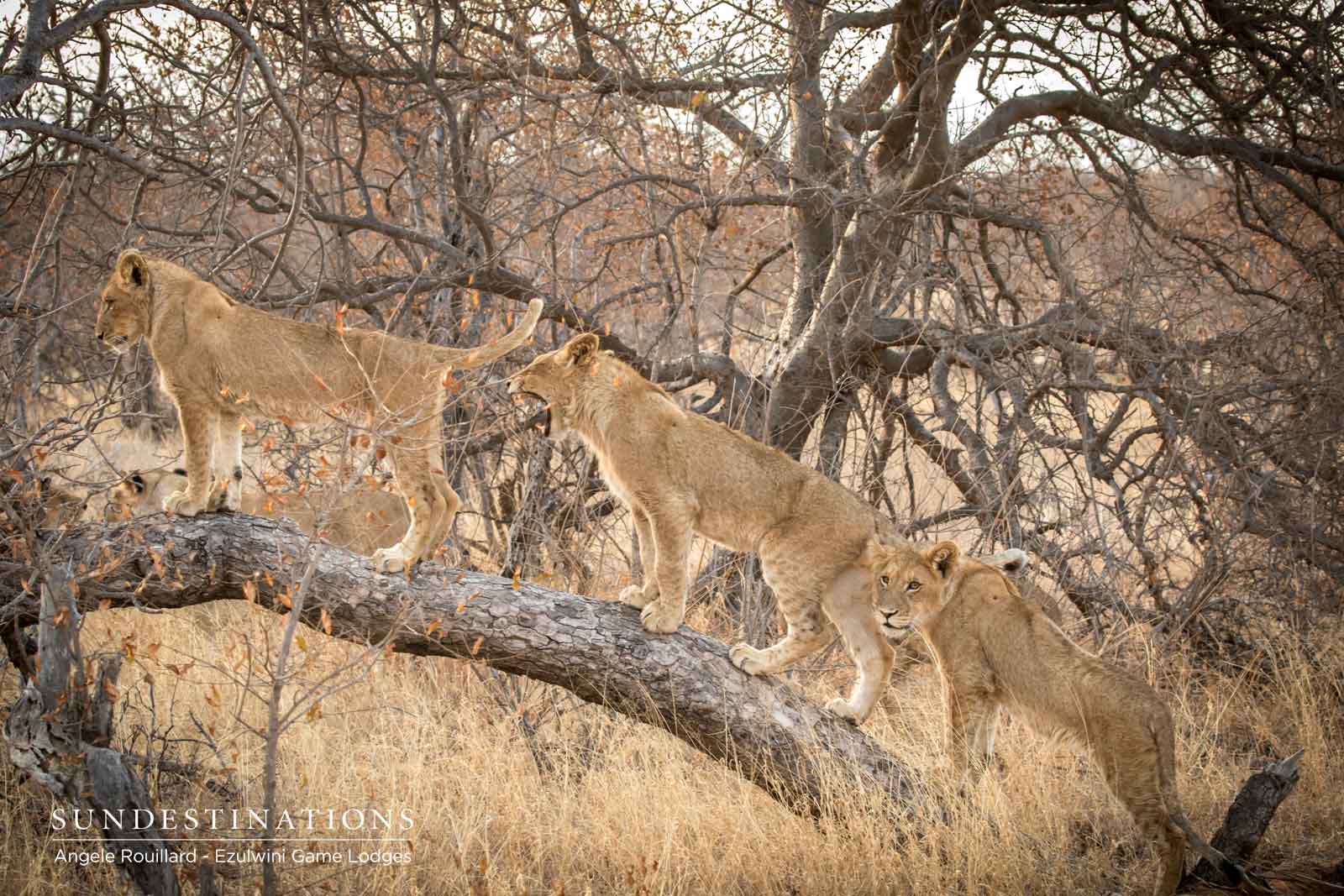 Nsala Safari Camp, cocooned between the Klaserie, Umbabat and Timbavati reserves, continues to tick along with their sightings. The team have enjoyed a spate of sightings of the Western Pride of lions together with their cubs. Walkers Bush Villa have enjoyed a spate of sightings of leopards hovering around the outskirts of the villa. There was also a unique event on the Walkers traverse, where the Giraffe Pride took down a hippo! A unusual choice of prey for lions. Africa on Foot and nThambo Tree Camp managed to enjoy a sighting of the elusive Nyeleti the leopardess, a skittish and injured male leopard chased off by hyenas, abundant elephant calves asserting dominance and a pride of 4 female lions that came to drink at the waterhole.

Chacma Bush Camp delivered a unique sighting of an African fish eagle hunting prey, and have enjoyed a ton of other general game sightings. 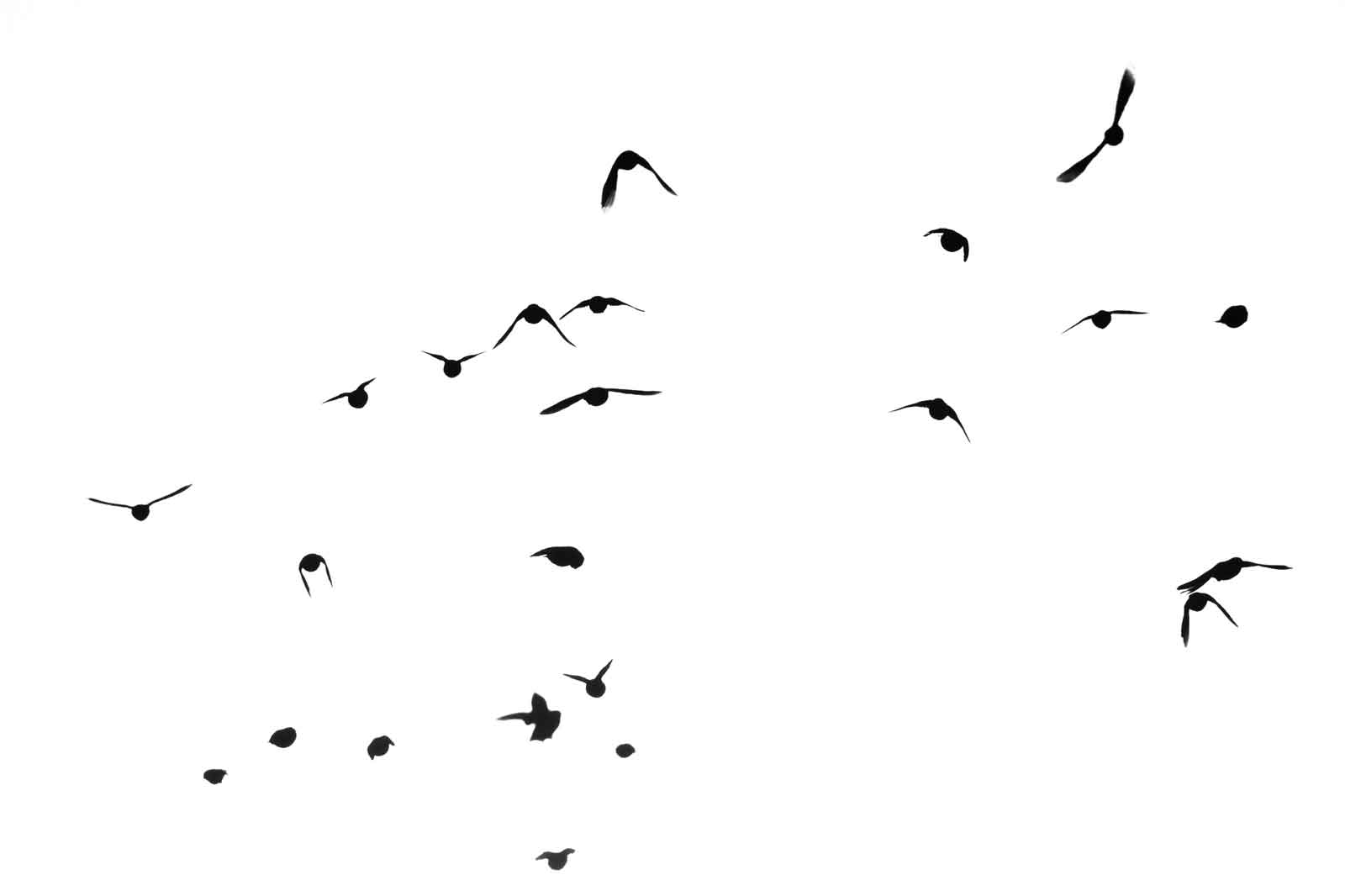 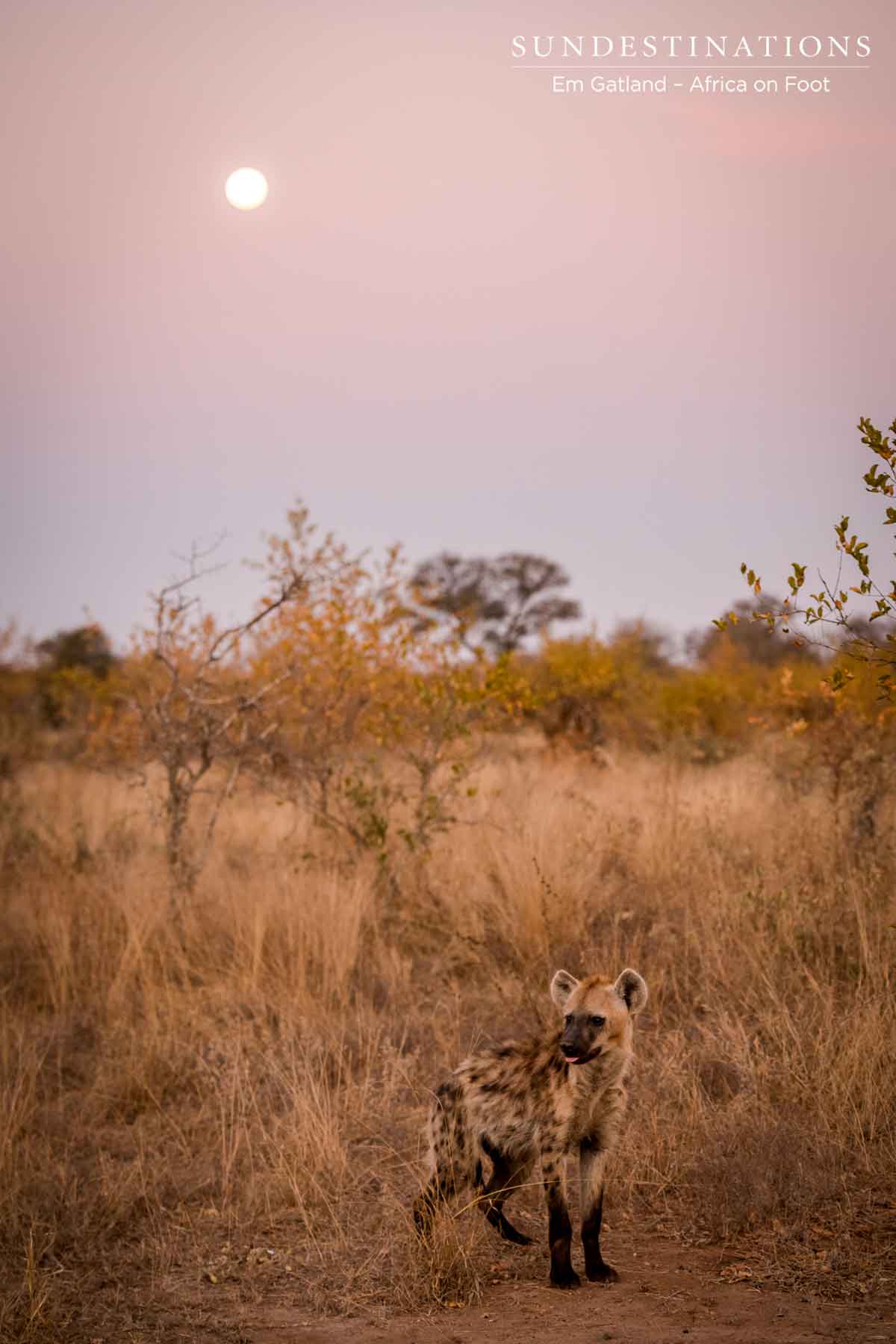 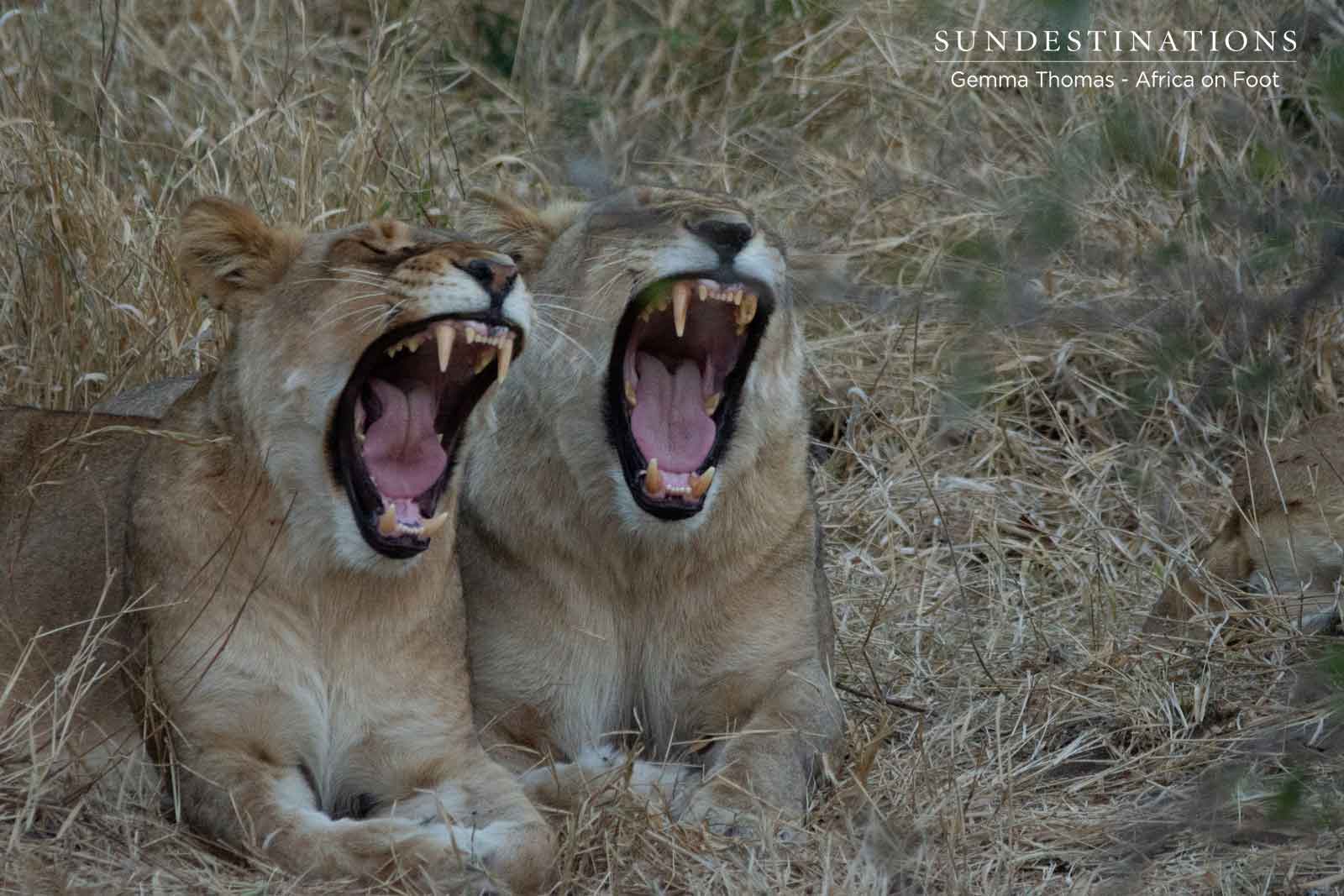 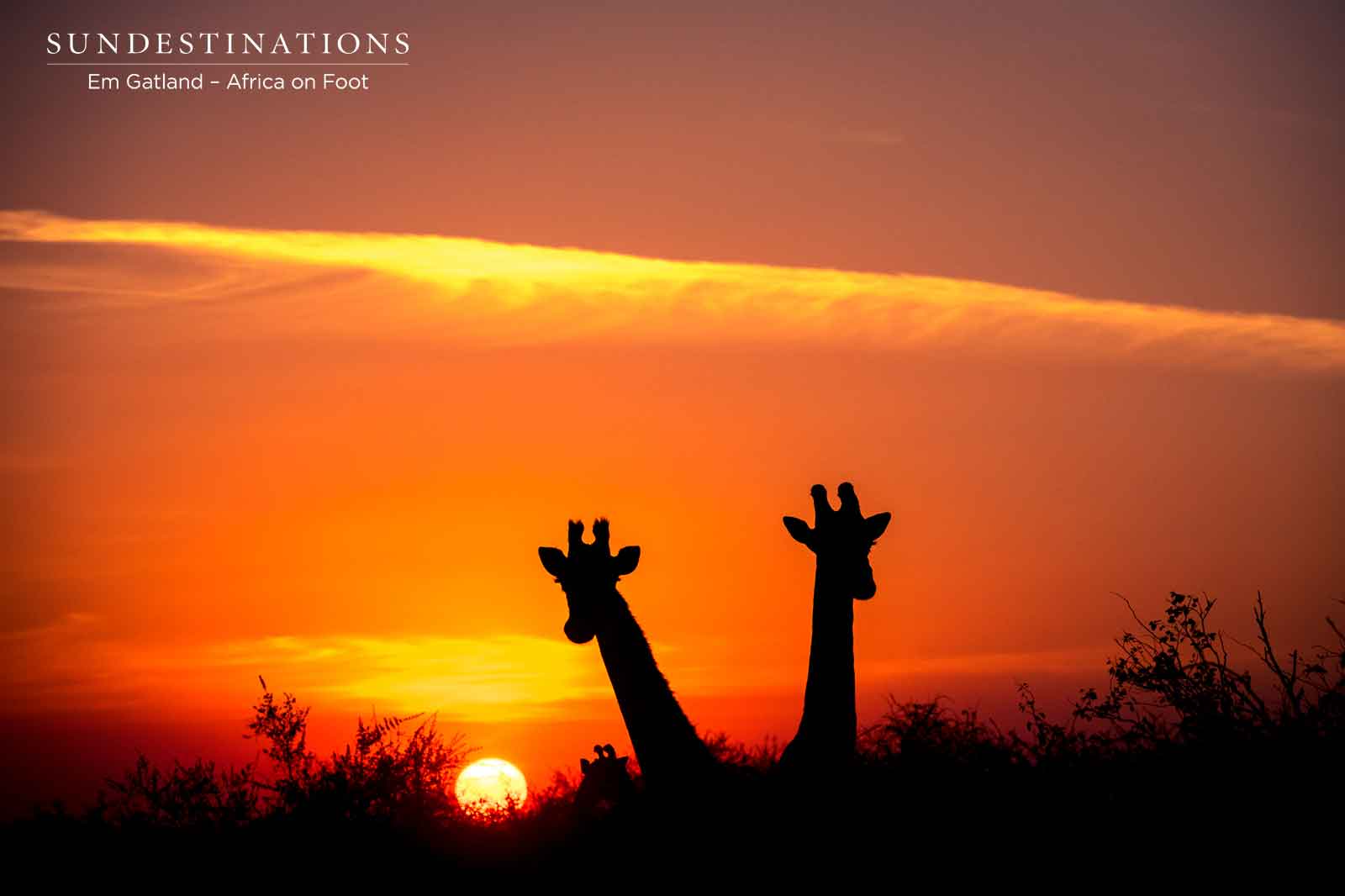 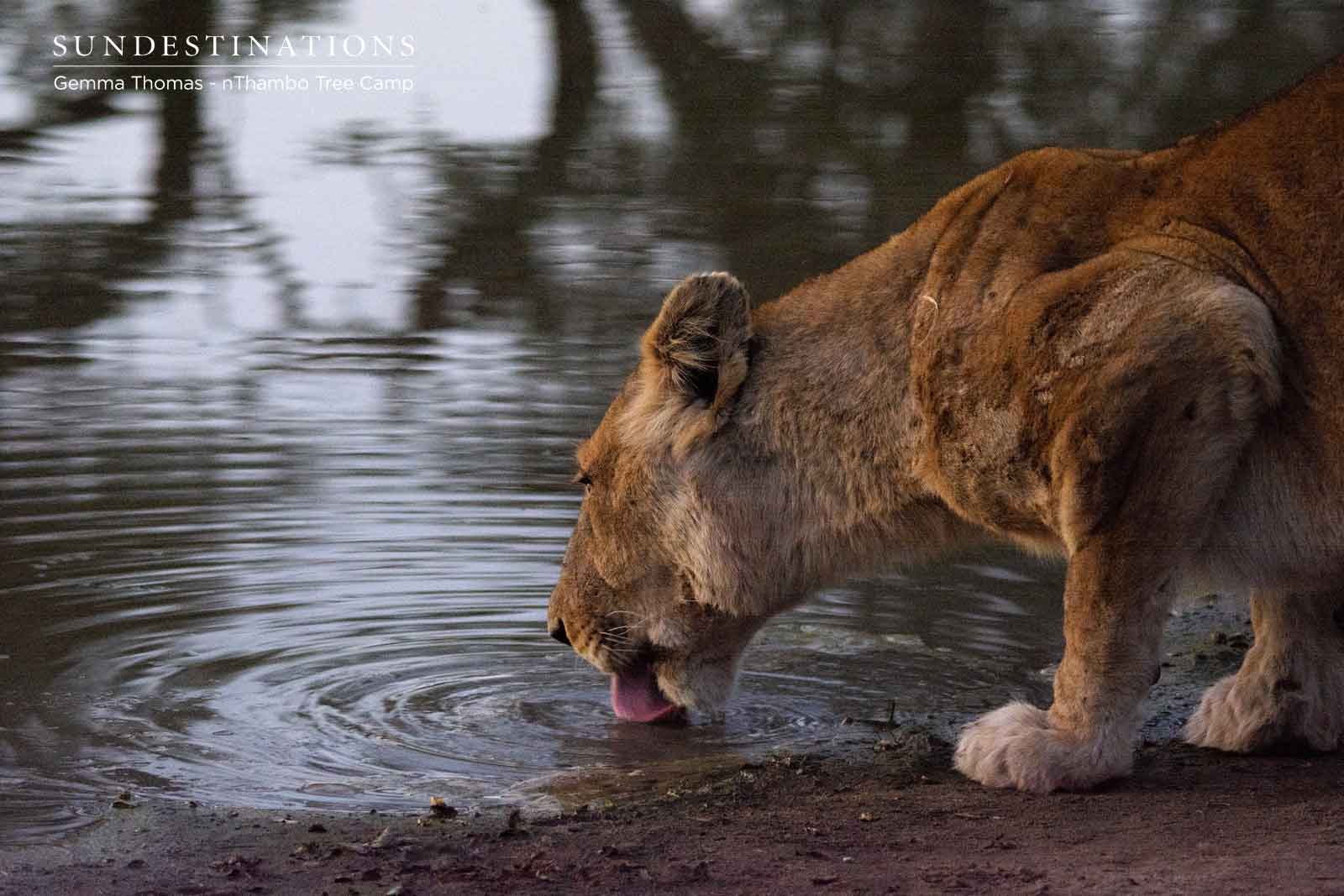 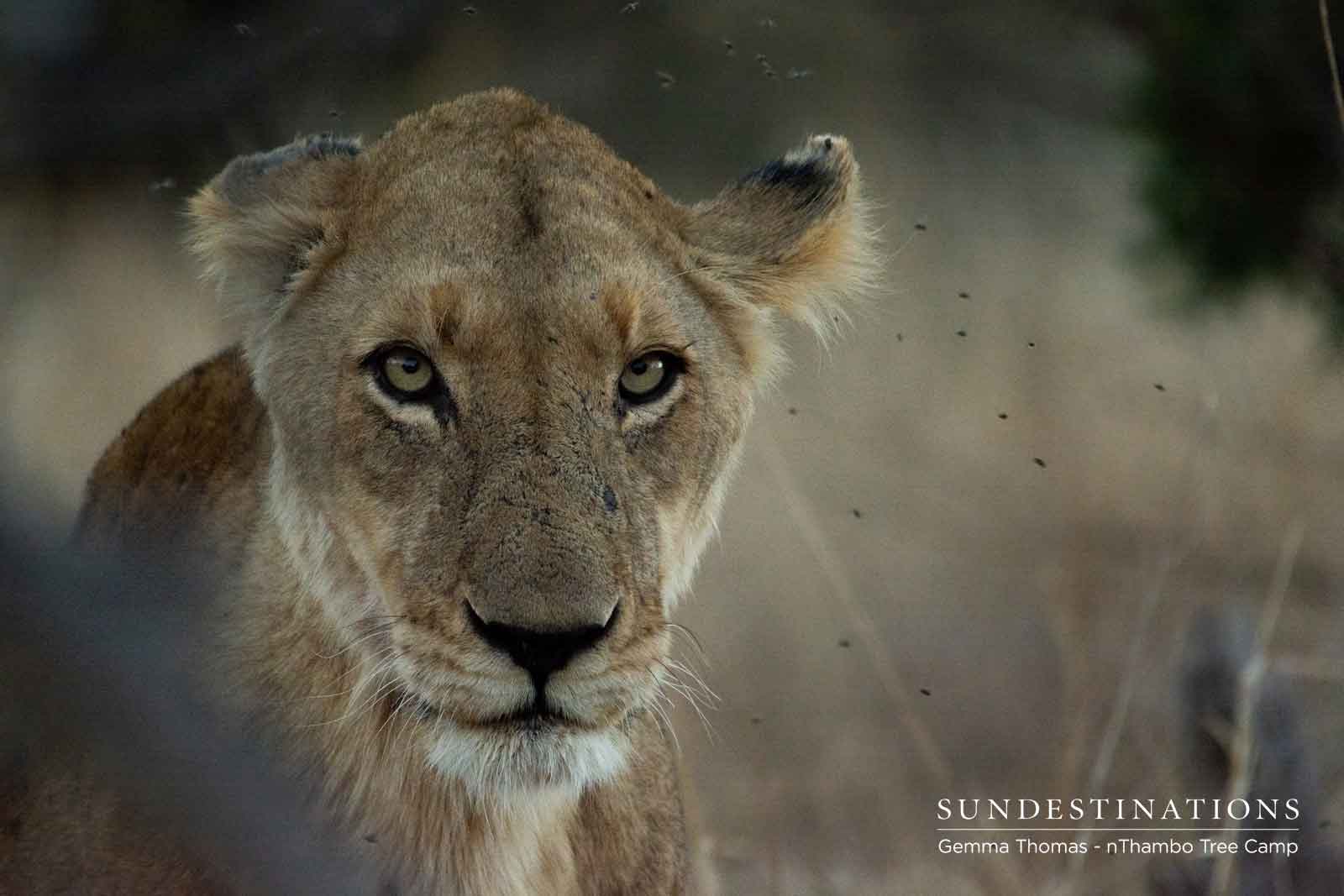 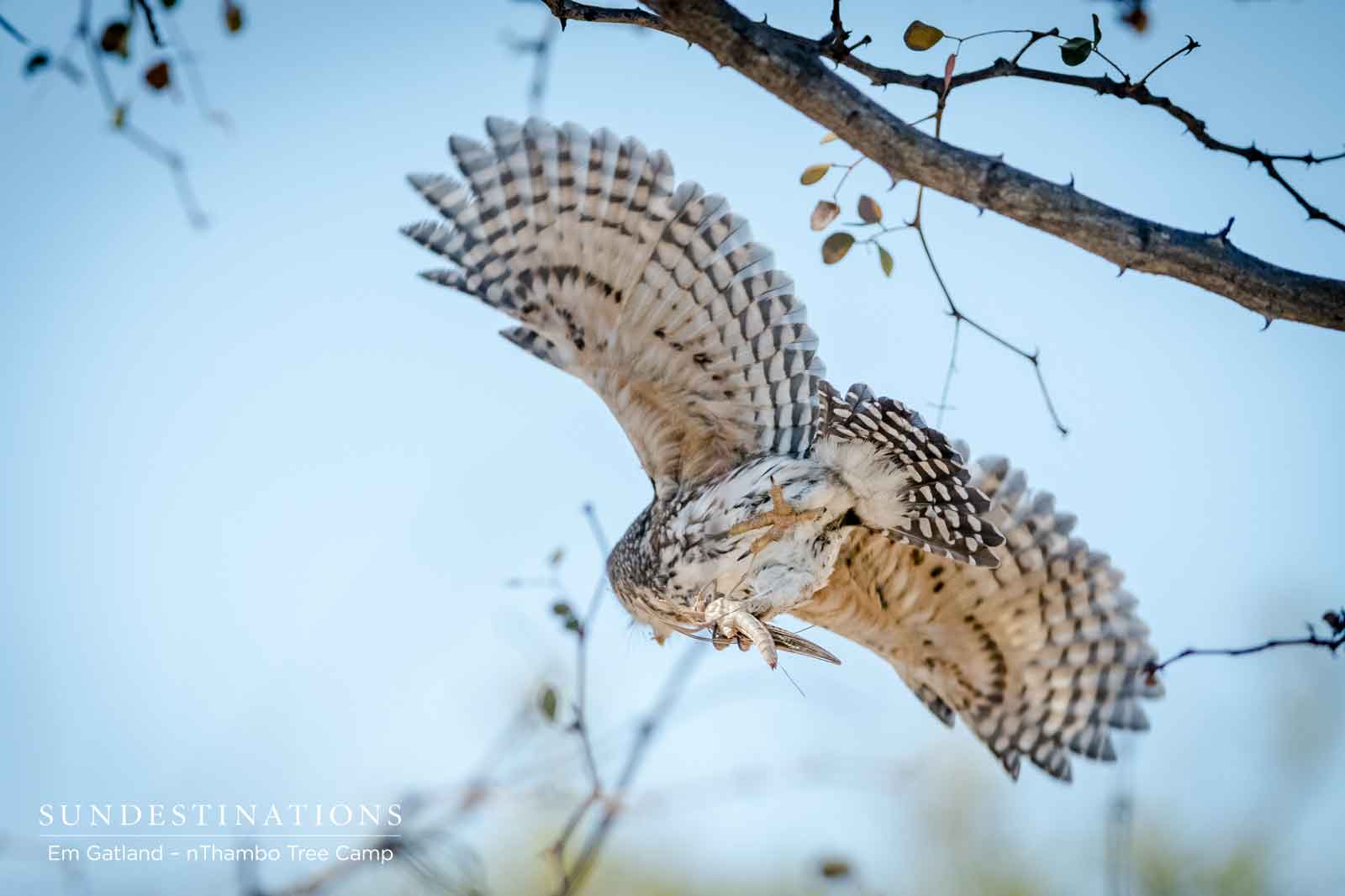 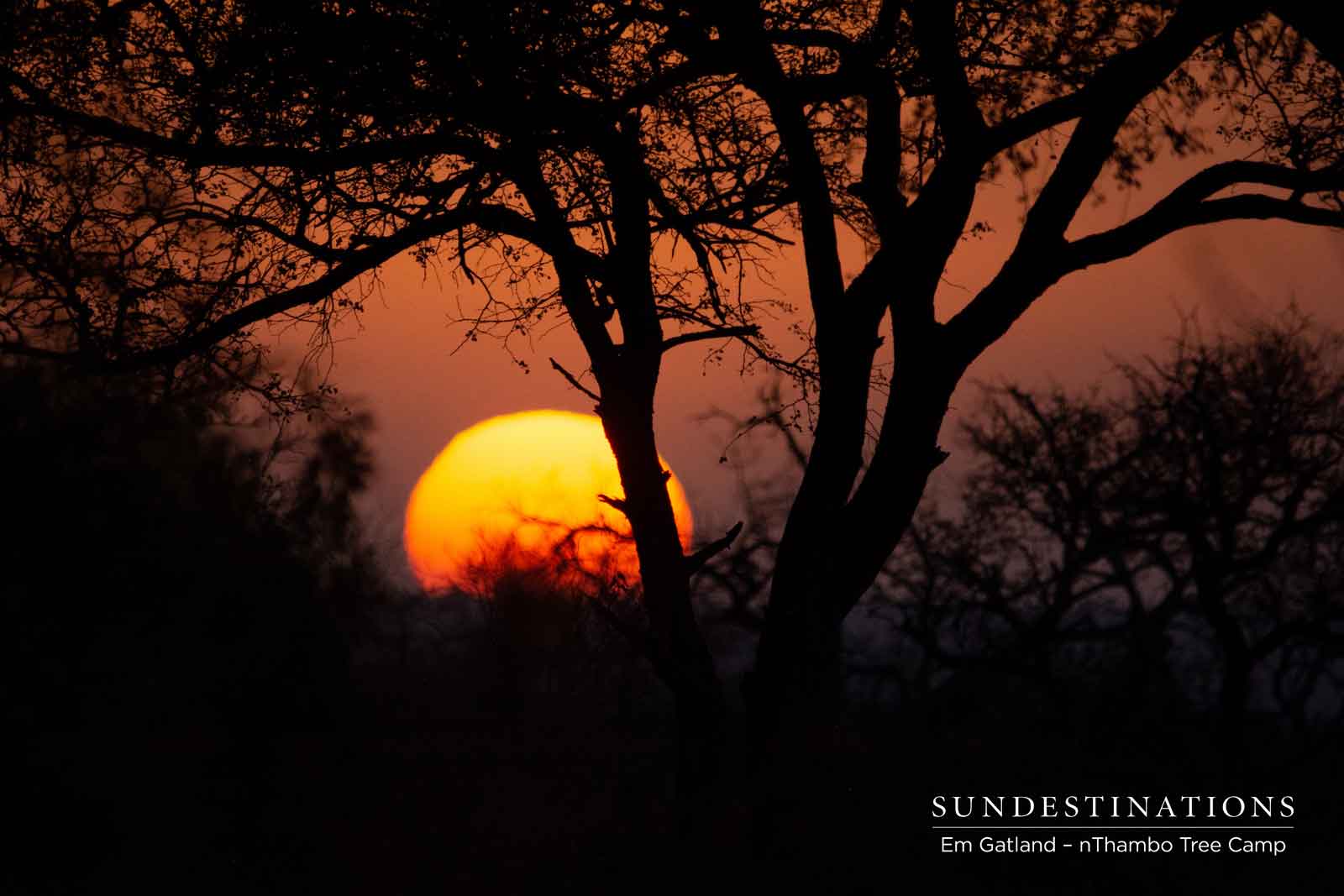 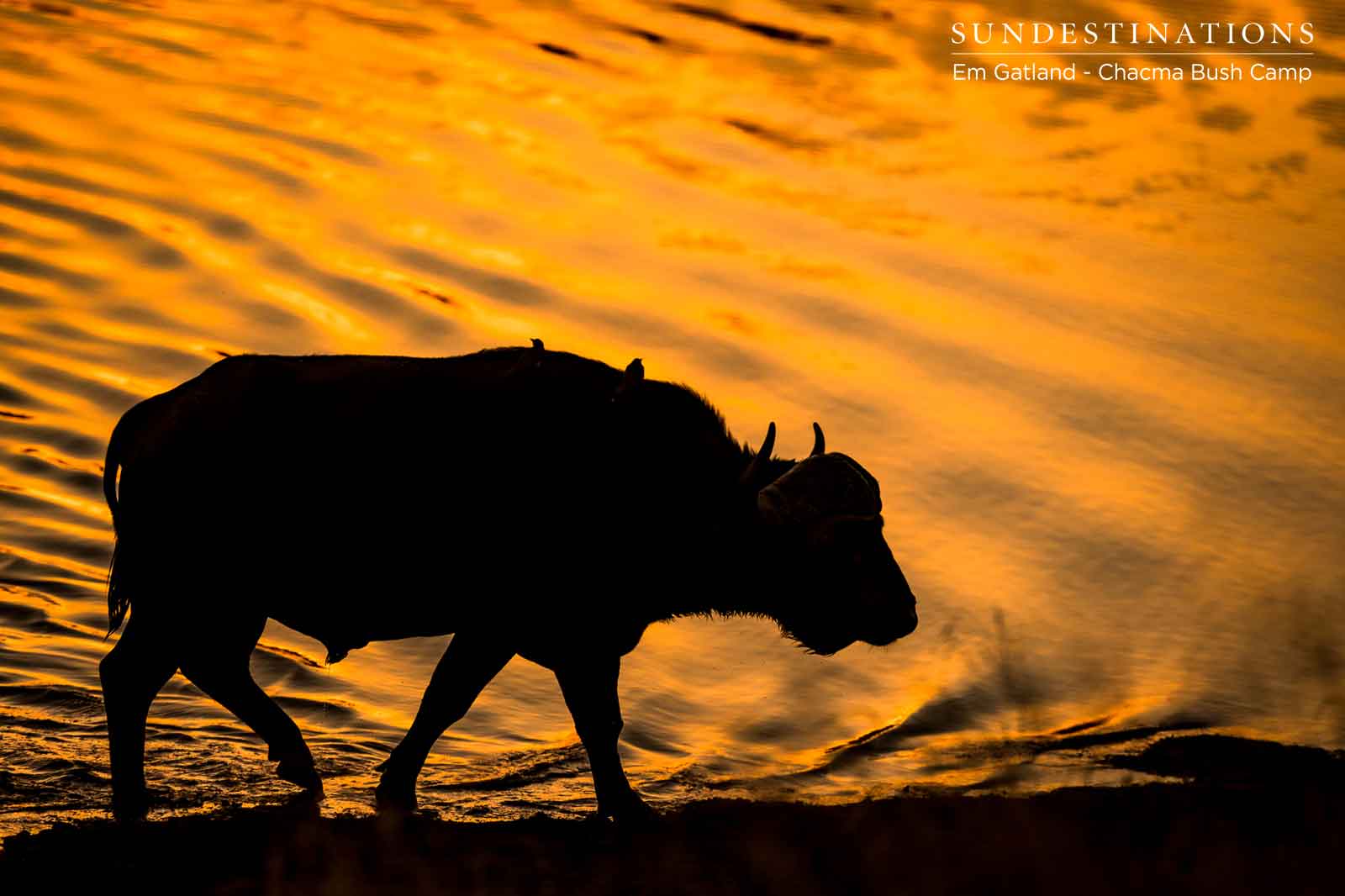 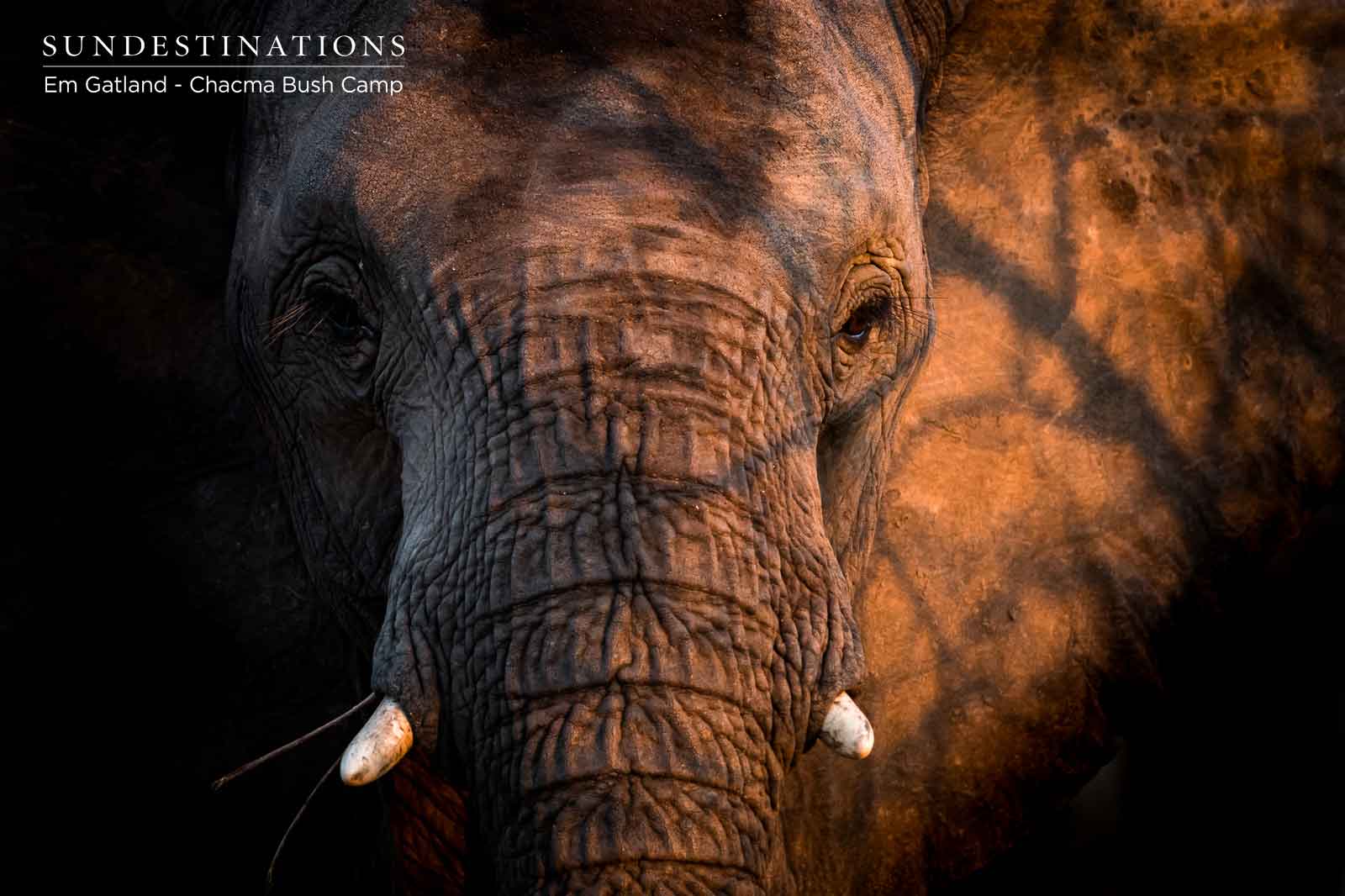 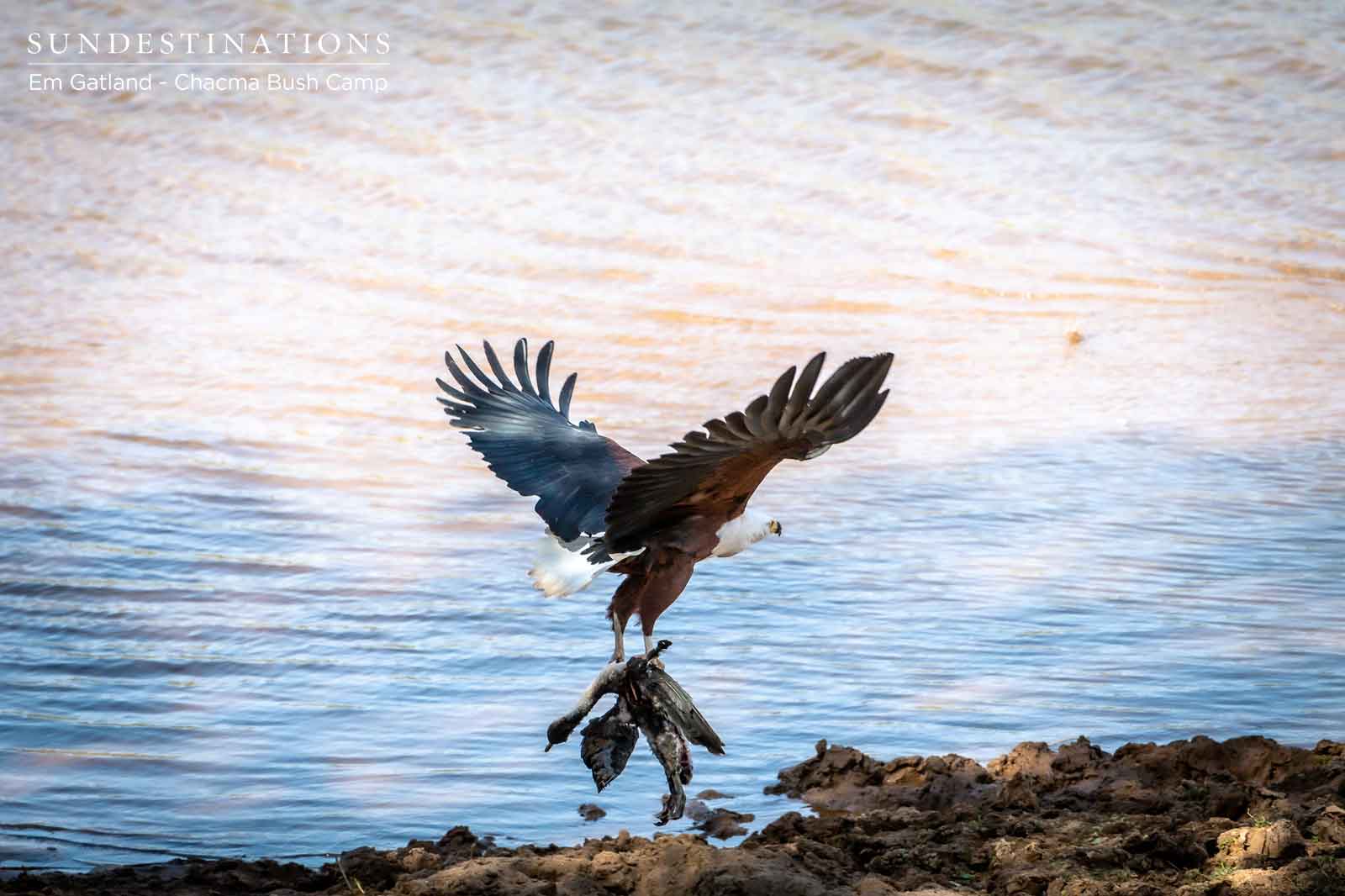 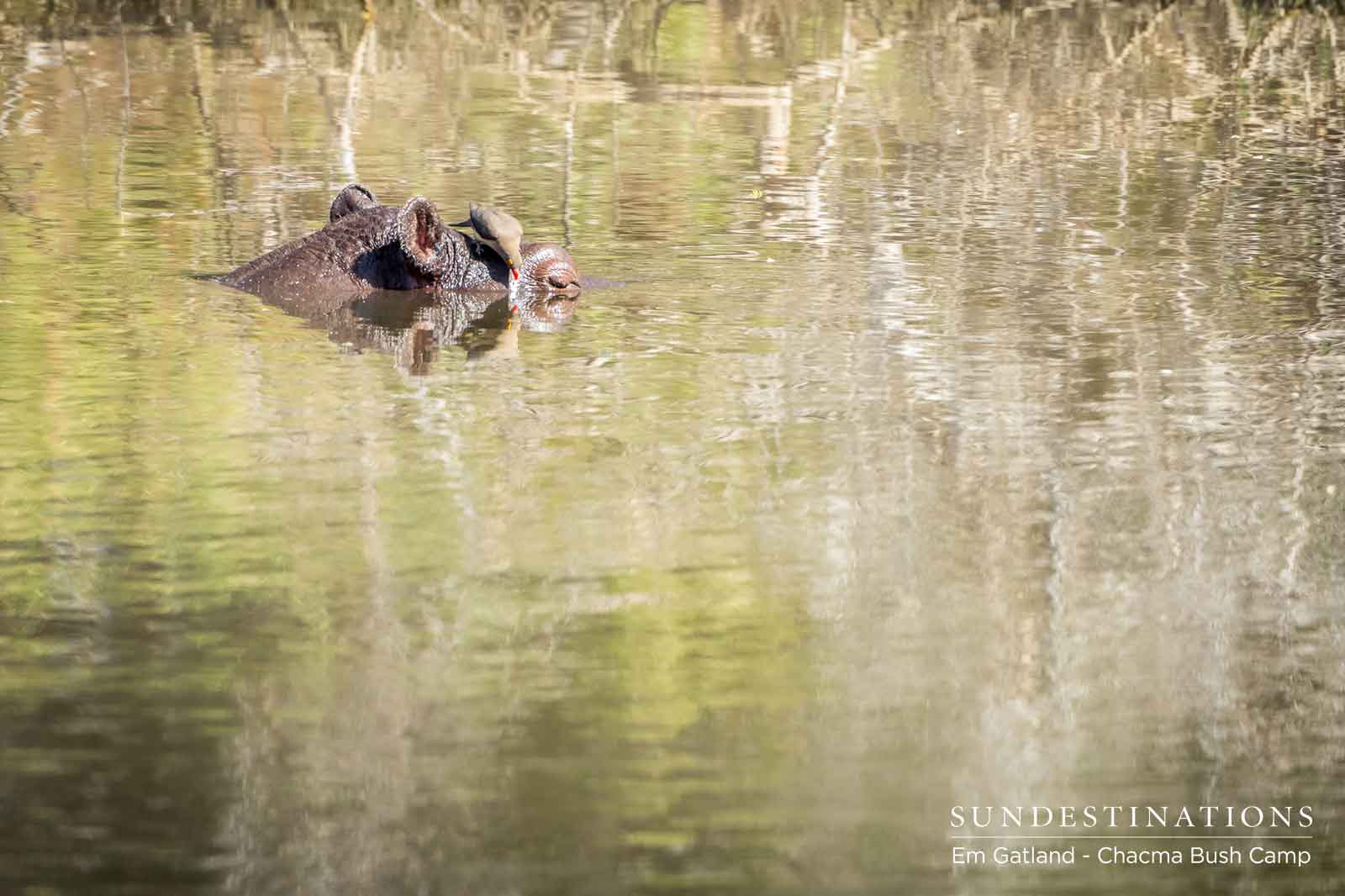