Week in Pics : Birds and Beasts 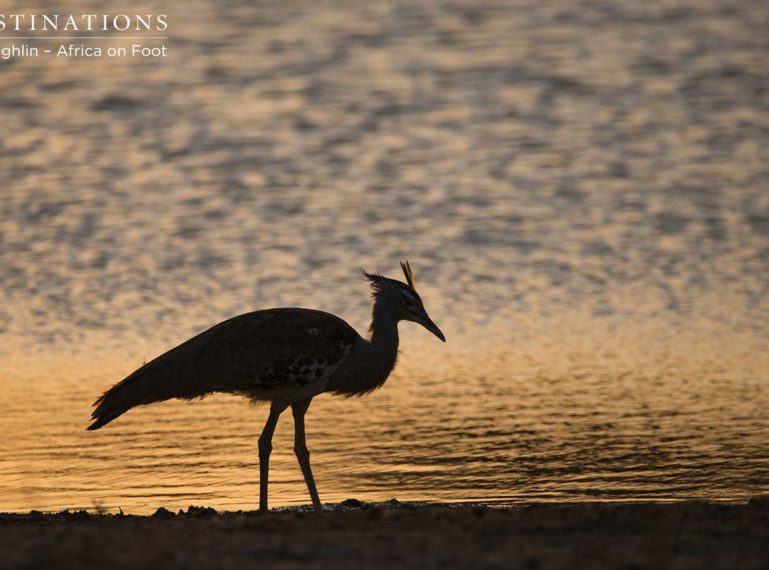 As fast as tumbleweed in the desert, the weeks seem to be rolling by. Soon we will be caught up the flurry of the festive season, which is why we take time to pause and reflect on Fridays. Friday is the day when we celebrate the sightings of the week and showcase our top images from each camp. This week, we’re taken aback at the wealth of big cat sightings at each camp. Powerful tawny lions and rosette patterned leopards provided us with unusual sightings, proving that predator behaviour can never be predicted. And in amongst the chaos, our friendly birds provided the calm.

Lion pride dynamics are shifting in the Klaserie! The lion pride dynamics in the Klaserie are complex, intricate and fascinating. Just when we think there’s a common thread weaving its way through our sightings, we’re thrown a curveball. Daily we’re confirming lion IDs and piecing together the mysterious lion puzzle. Trying to predict the plot of the Klaserie lions is like watching an intellectual arthouse movie that you never wanted to see in the first place. The only difference is that we’re actually fascinated and interested in the dynamics! 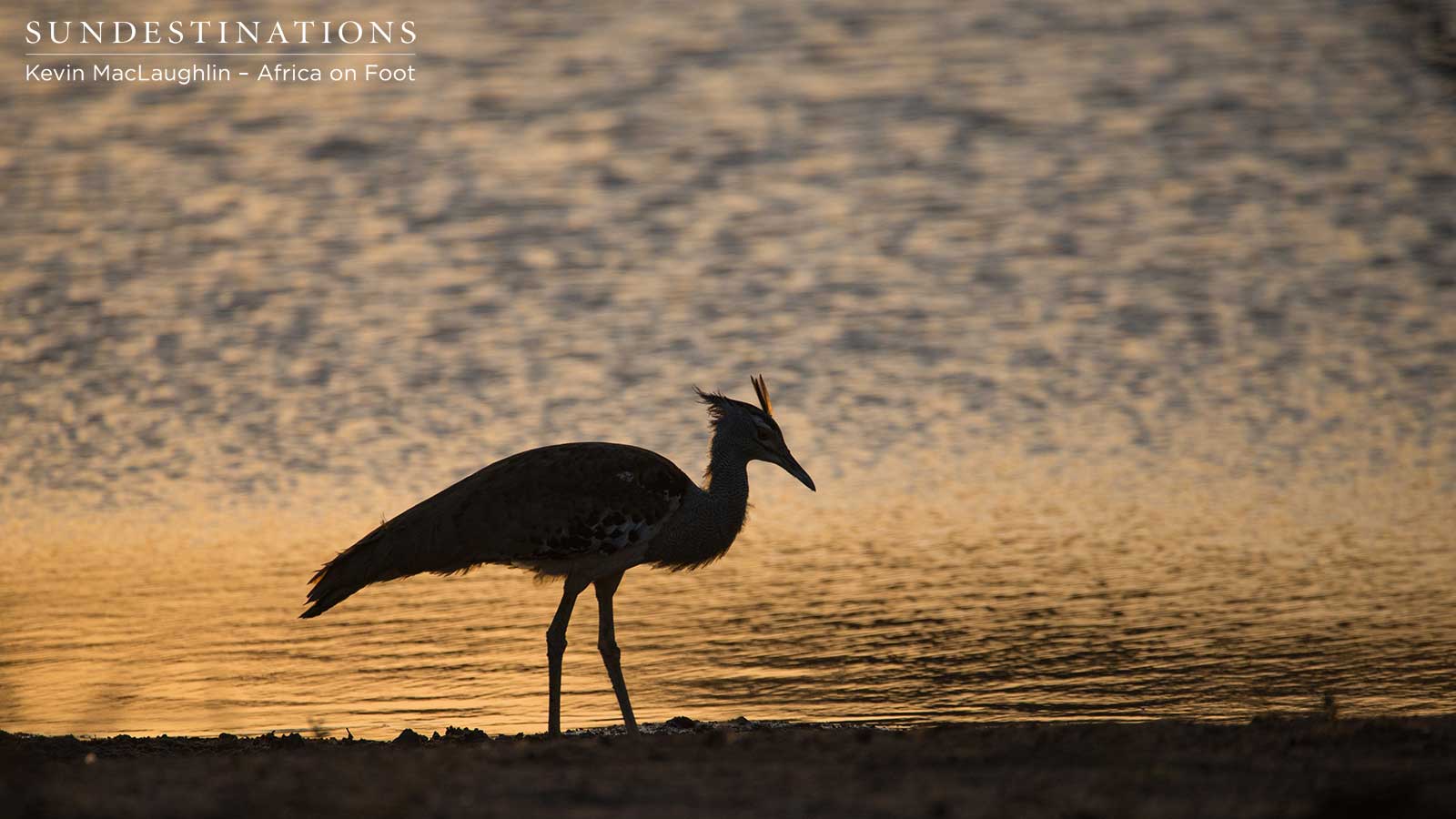 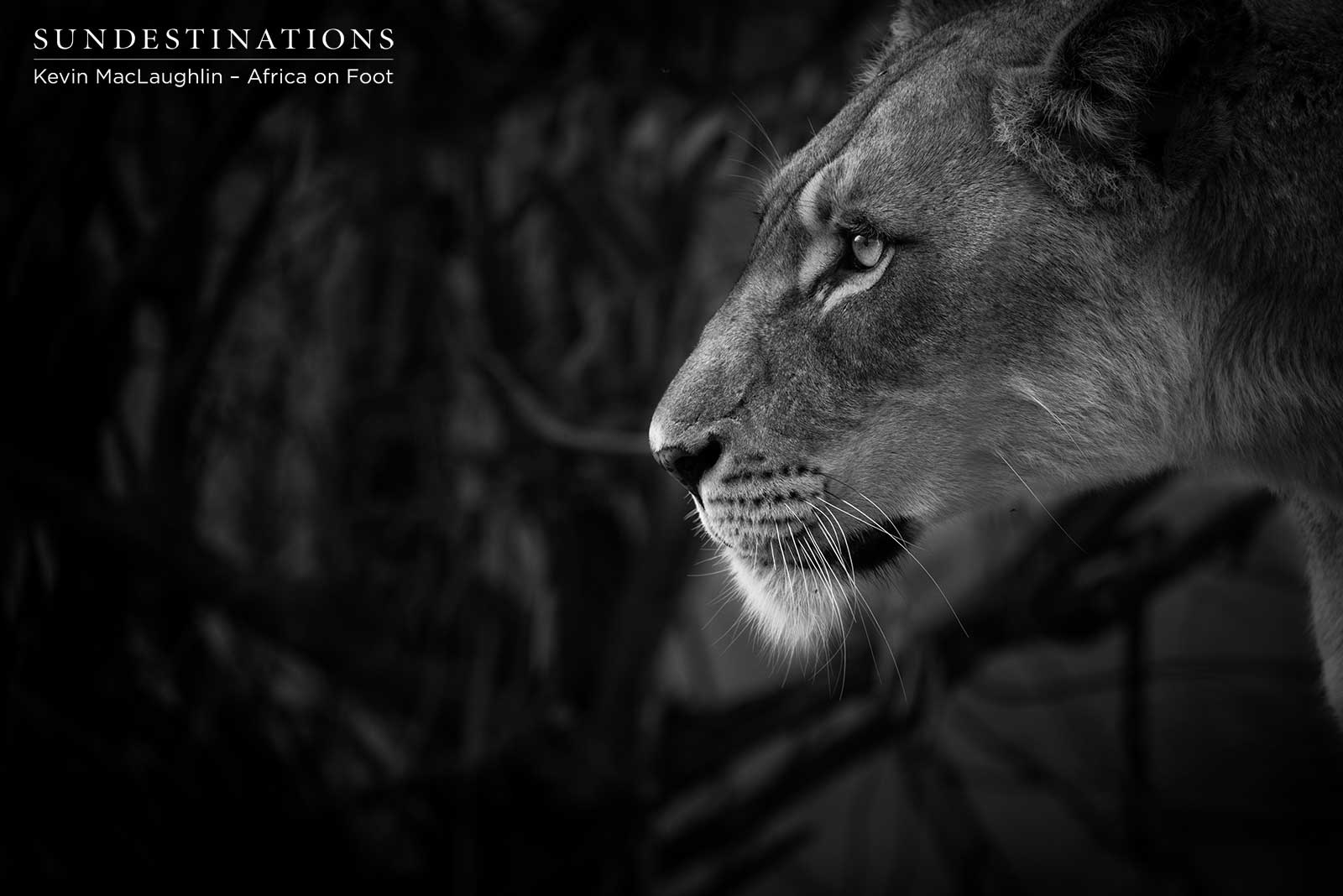 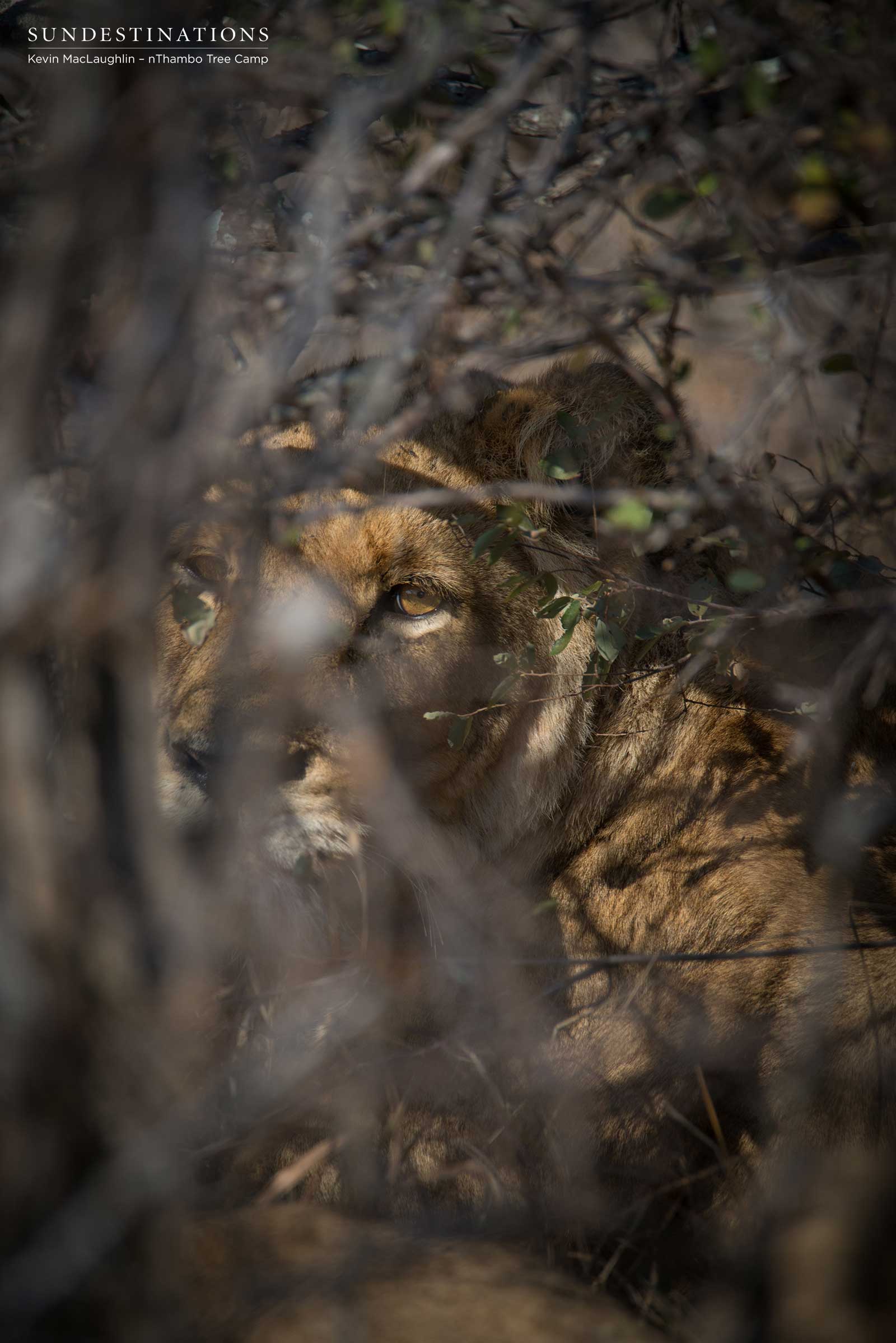 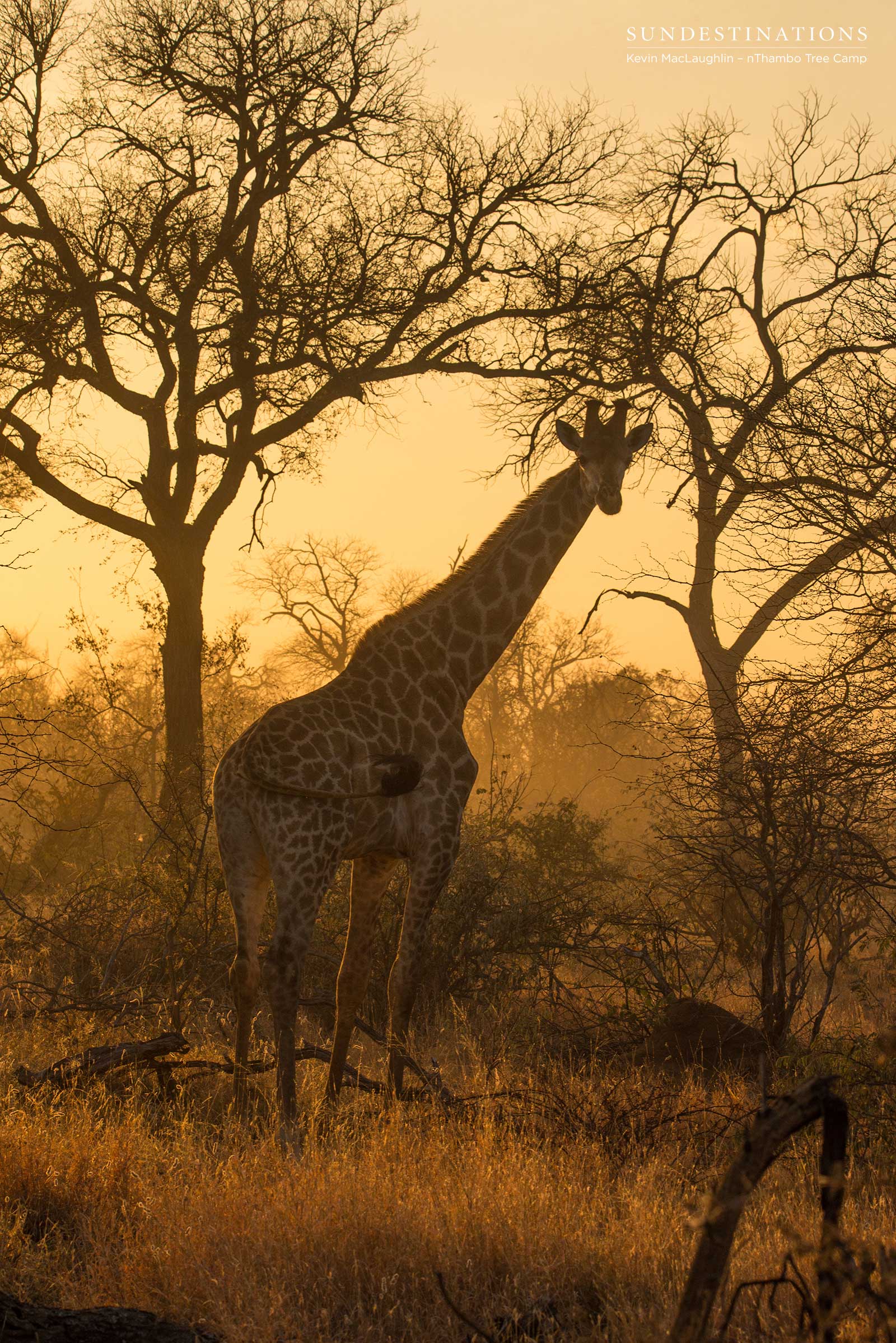 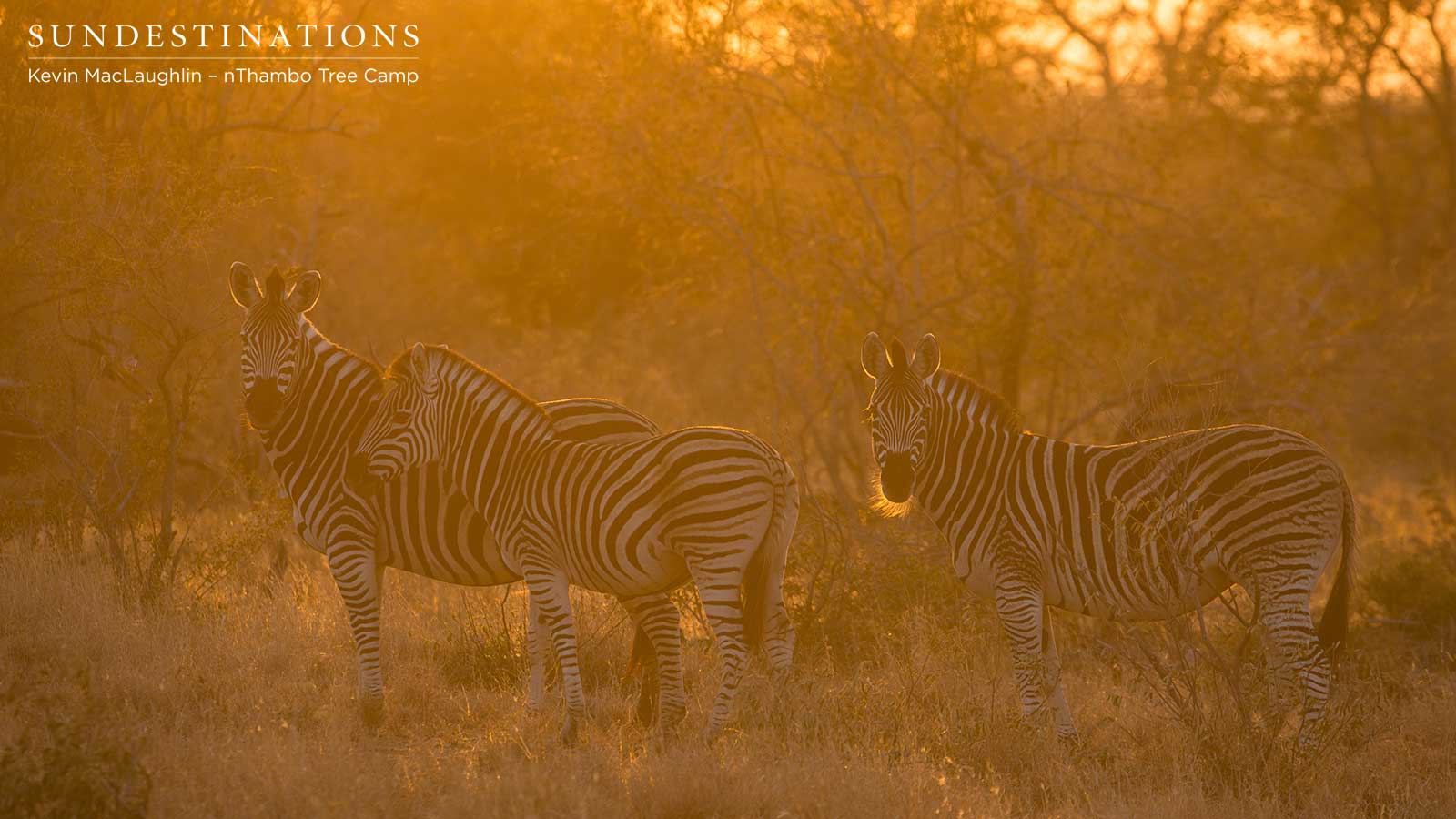 Umkumbe has also experienced a shift in big cat dynamics, especially when it came to dominant male Mxabene and White Dam’s sub-adult male cub. Guest Pedro Torres Taborda sent through a video of the unique series of events that took place on our traverse a couple of days ago. Mxabene the dominant male leopard in our area very boldly stole a kill from White Dam’s male cub. The growing cub became quite submissive when confronted by this Sabi Sand legend, but still remained in the area in the hopes of retrieving its kill. In other big cat news, the Tsalala young male lions were also spotted. Not a bad week for big cats in Sabi Sand ! 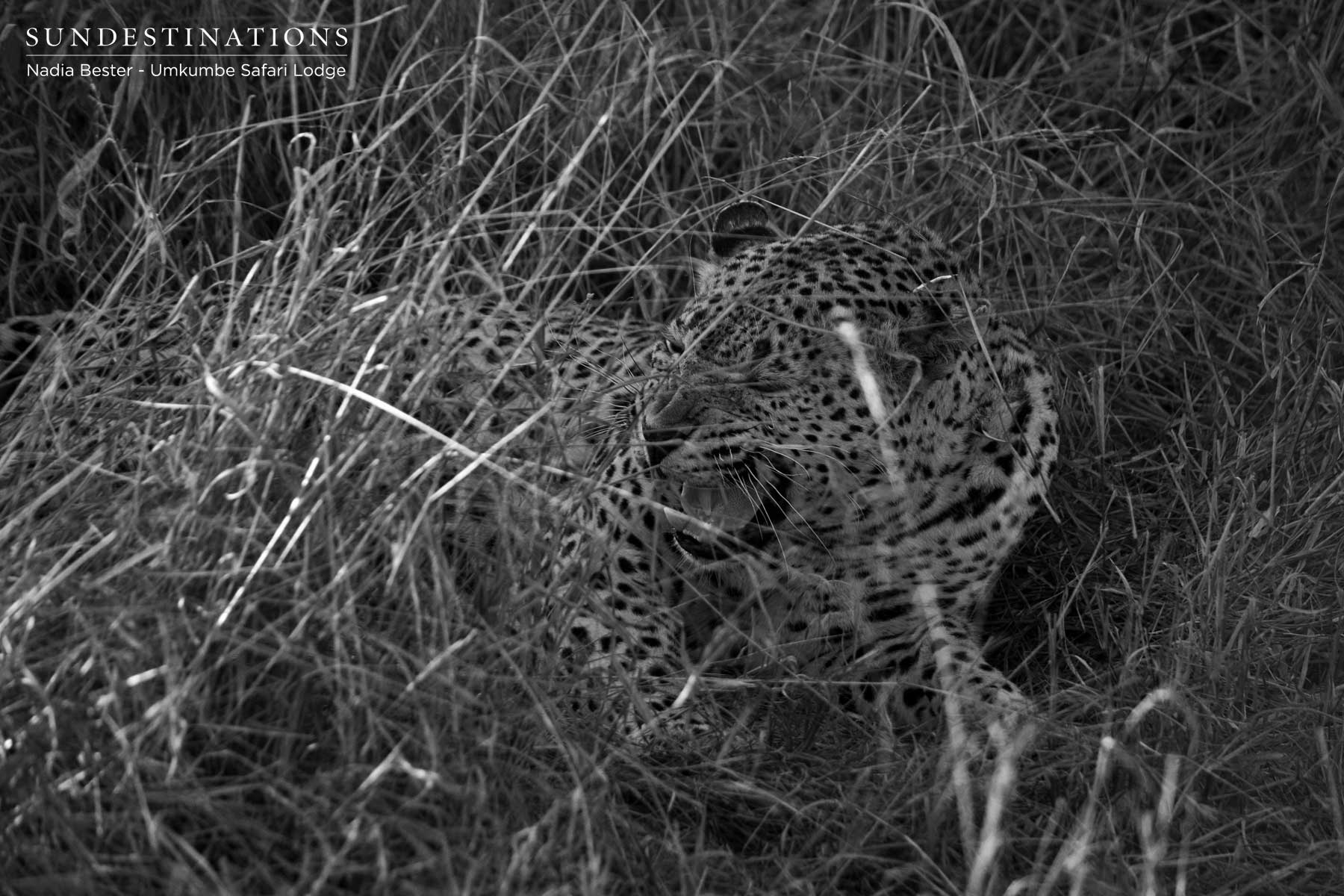 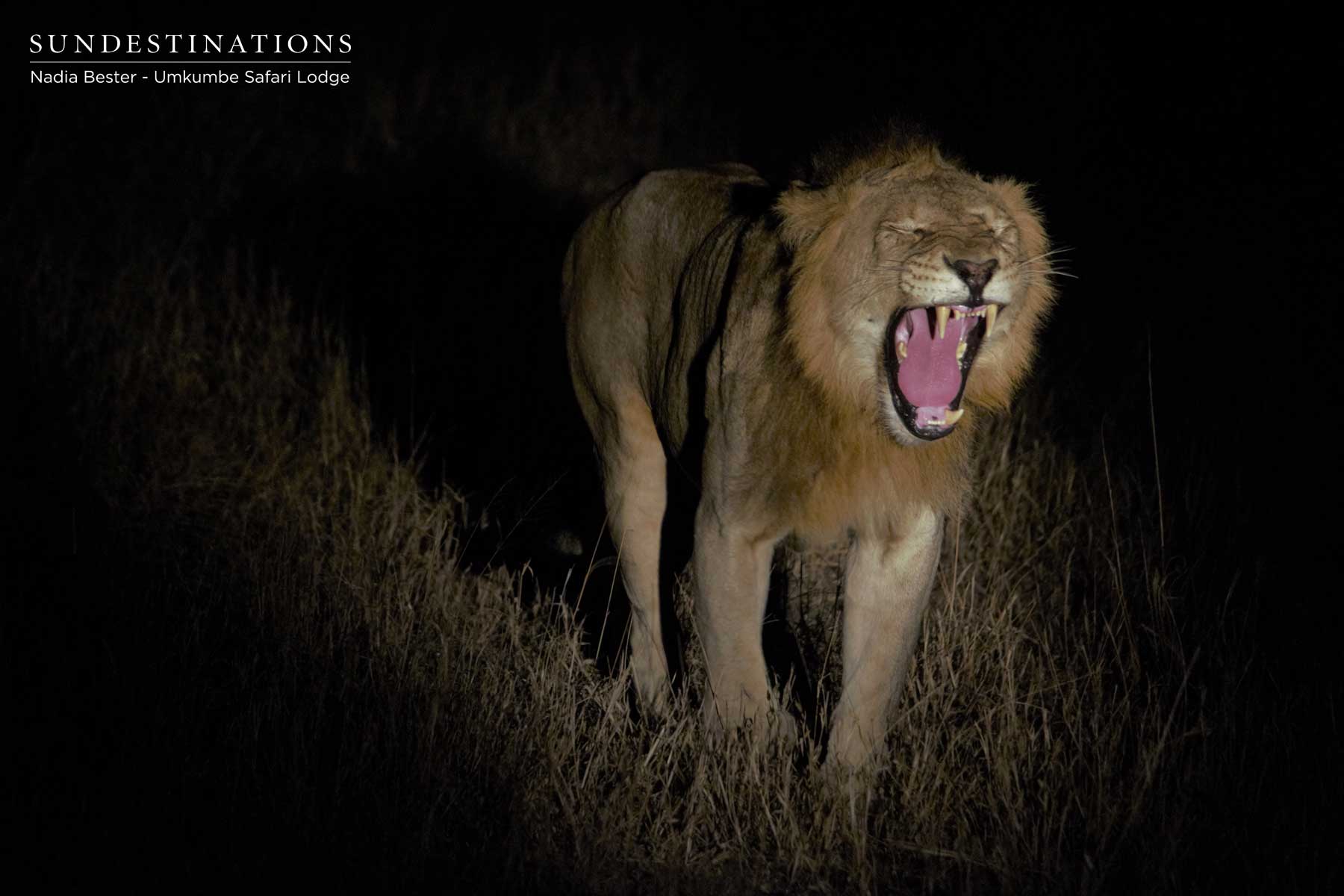 Apart from the apparent wealth of elephant sightings this week, a highlight has been the shift in lion pride dynamics within our traverse. The 7 Mohlabetsi male lions are a dominant and powerful force that we assumed could not be taken down. Enter the Machaton male lions! The Machaton’s were 4 members strong, but the Ezulwini team only spotted 3 of them. And what were they doing? Driving the Mohlabetsi males out! When the Mohlabetsi see the Machaton, they tend to flee. Interesting times ahead for the lion prides of the Balule Nature Reserve. 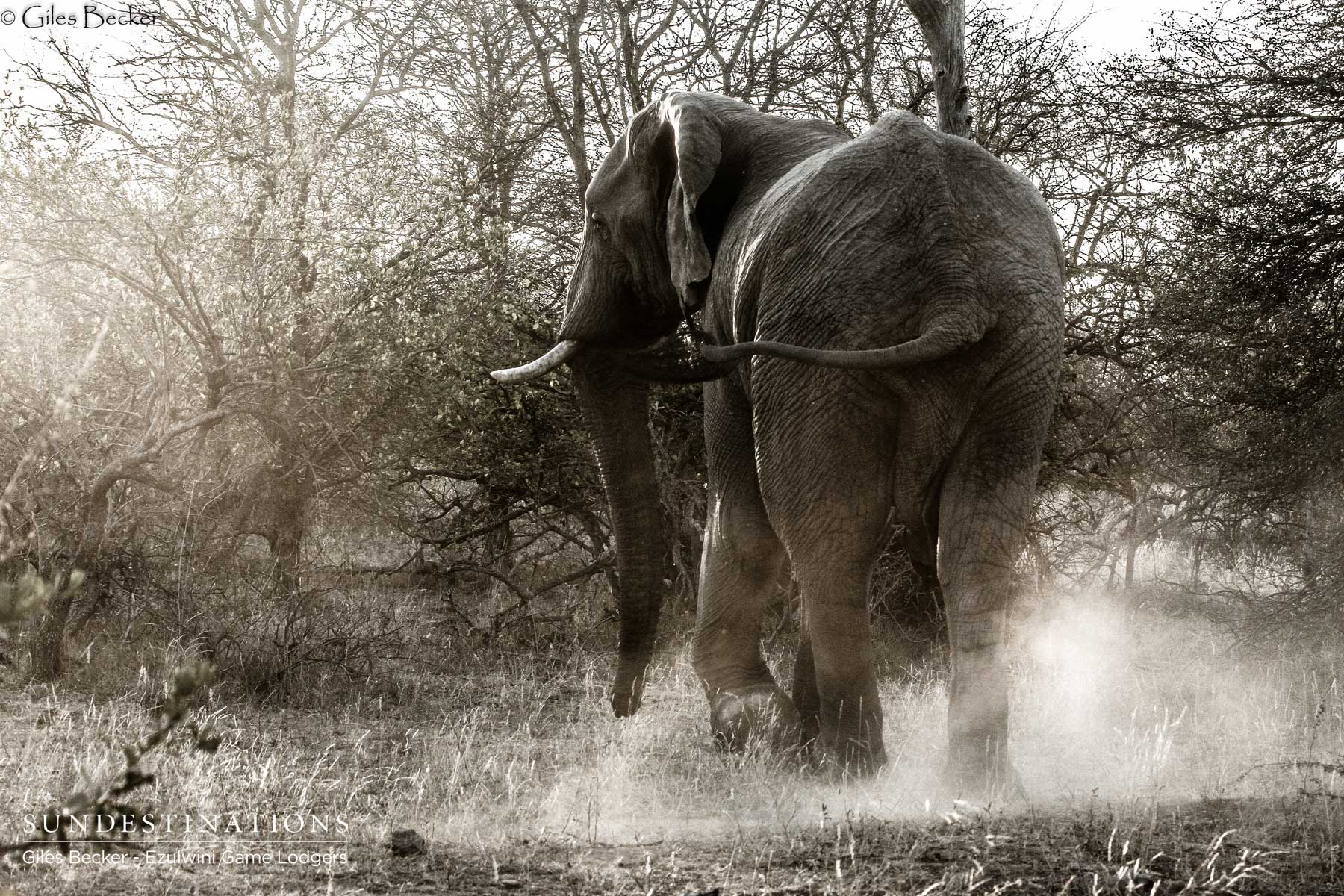 This secluded and intimate luxury lodge continues to impress us with their big five sightings. From bovids to leopards and minute kingfishers; Warren Howson has a knack of seeking out astonishing moments in the bushveld. The two most memorable moments at camp included the sighting of a majestic leopardess called Naima, who has just birthed two cubs. The baboons have been harassing her with nightly calls.  Another highlight was during our bush trails walk, a breeding herd of elephants was spotted trundling through the vegetation. There is nothing better than observing plains game and herds of giants while on foot. 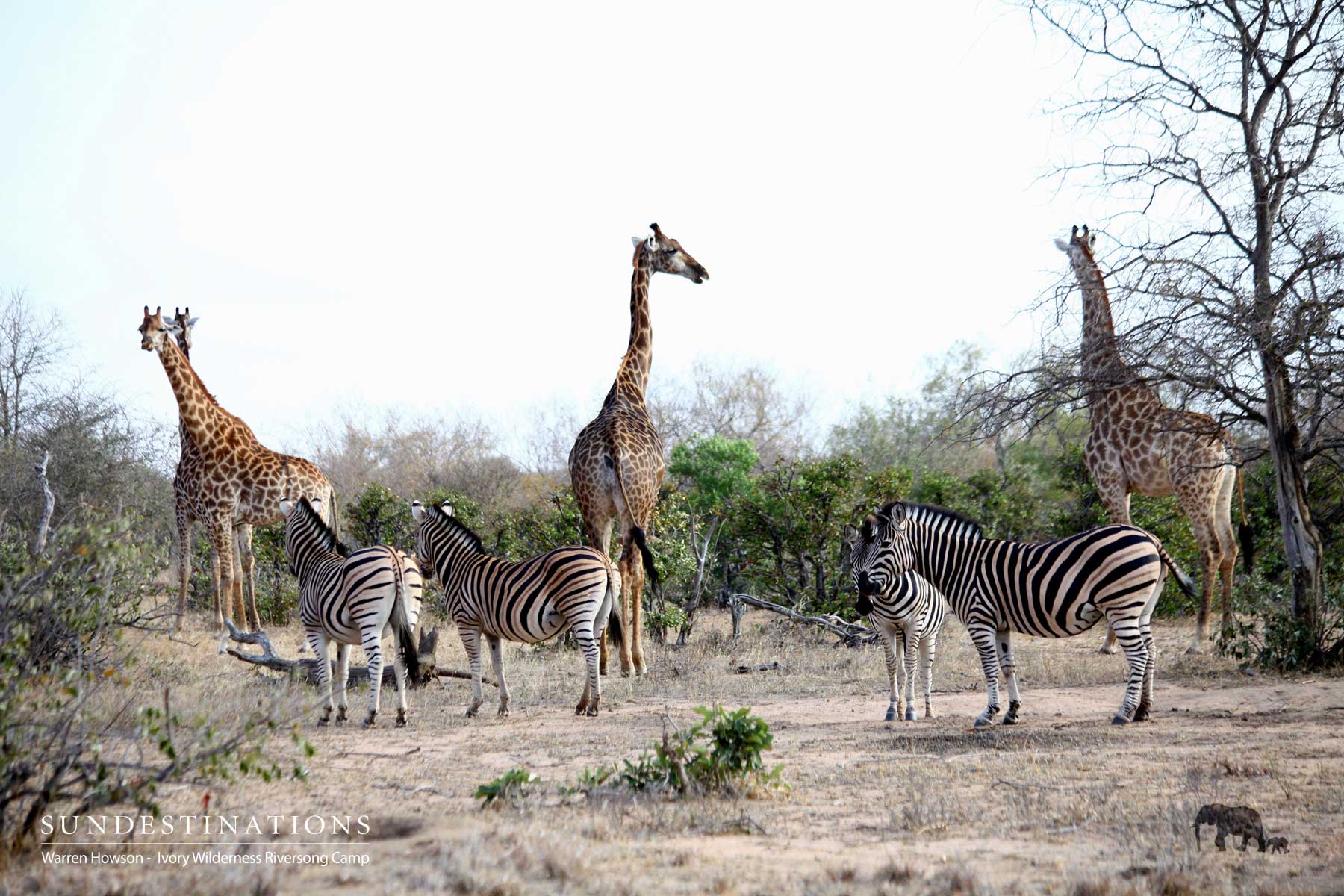 Two social media influencers, Ben and Nicole, have just enjoyed a self-drive adventure through Botswana. They stayed at both of our camps and were blown away by the abundance of elephant sightings in front of camp at Tuskers. Their water safari to Xobega proved to be equally as enthralling, with sightings of hippo and other water-dwelling beasts. However, the highlight of the week has to be the discovery of the African wild dog’s den. The pups appeared to be old enough to emerge from their burrow, but the adults were still co-operatively guarding and protecting their young. Warwick Hendry was lucky enough to see the entire pack and will update us shortly with the ins and outs of the sighting. 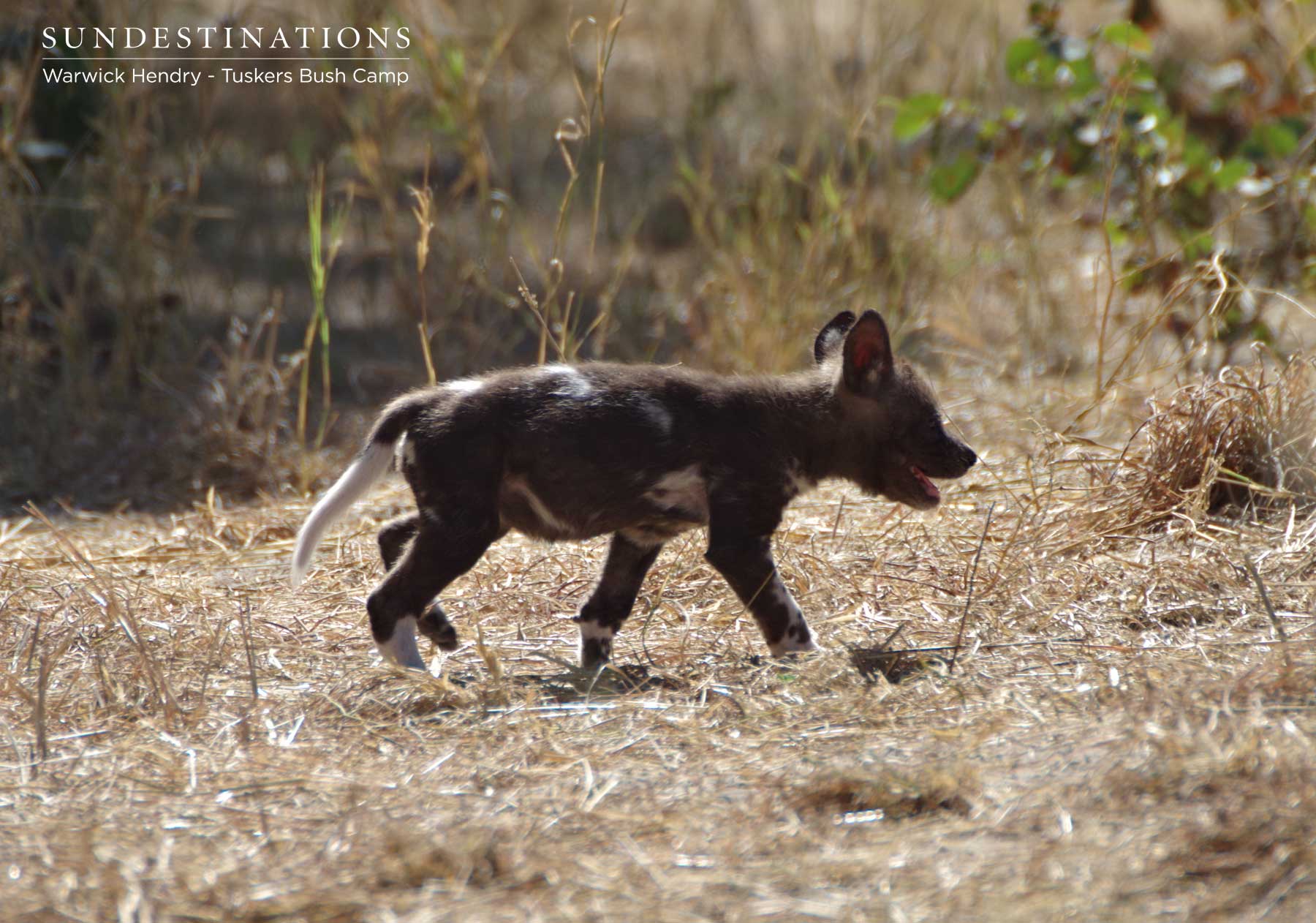