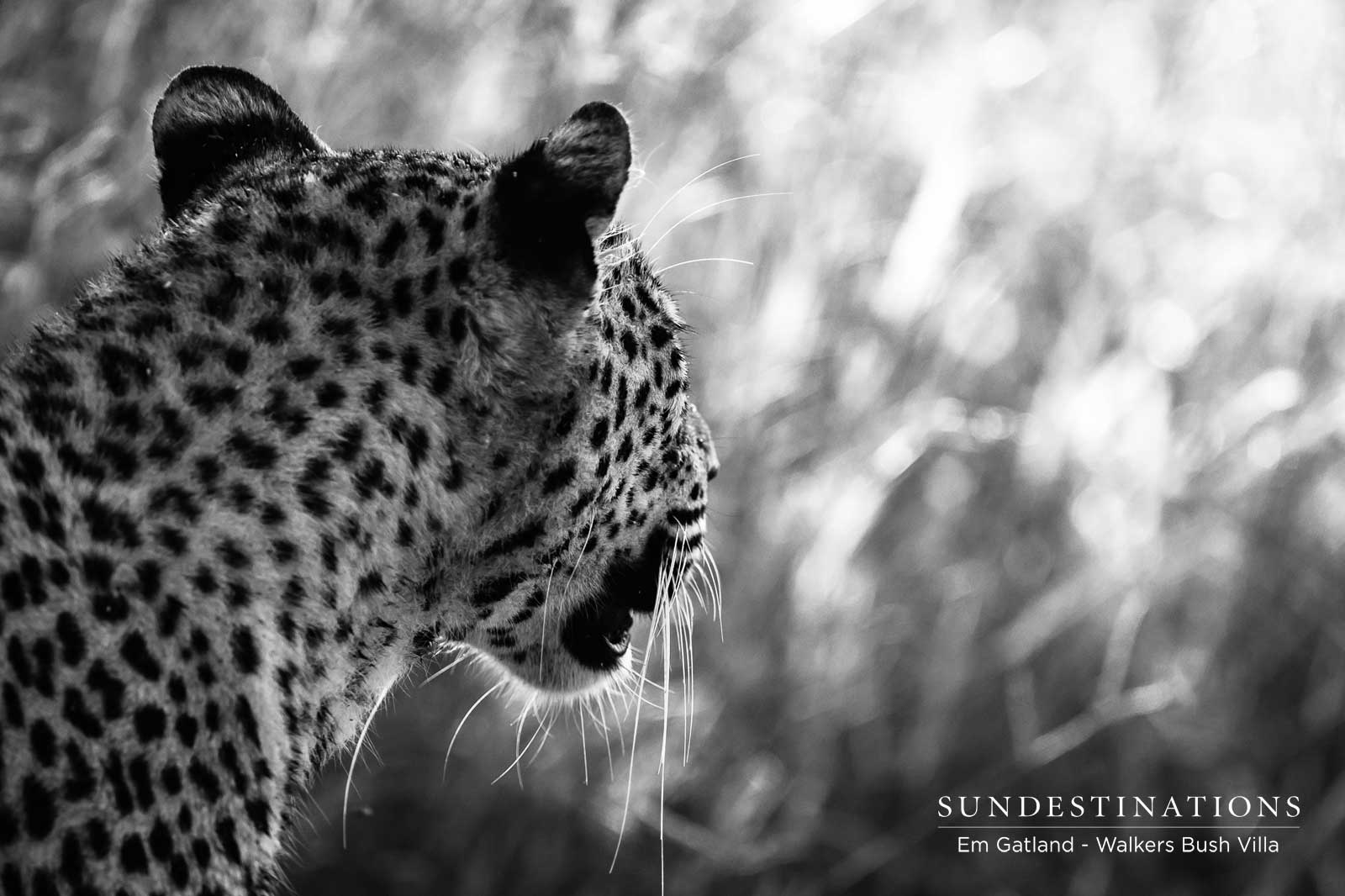 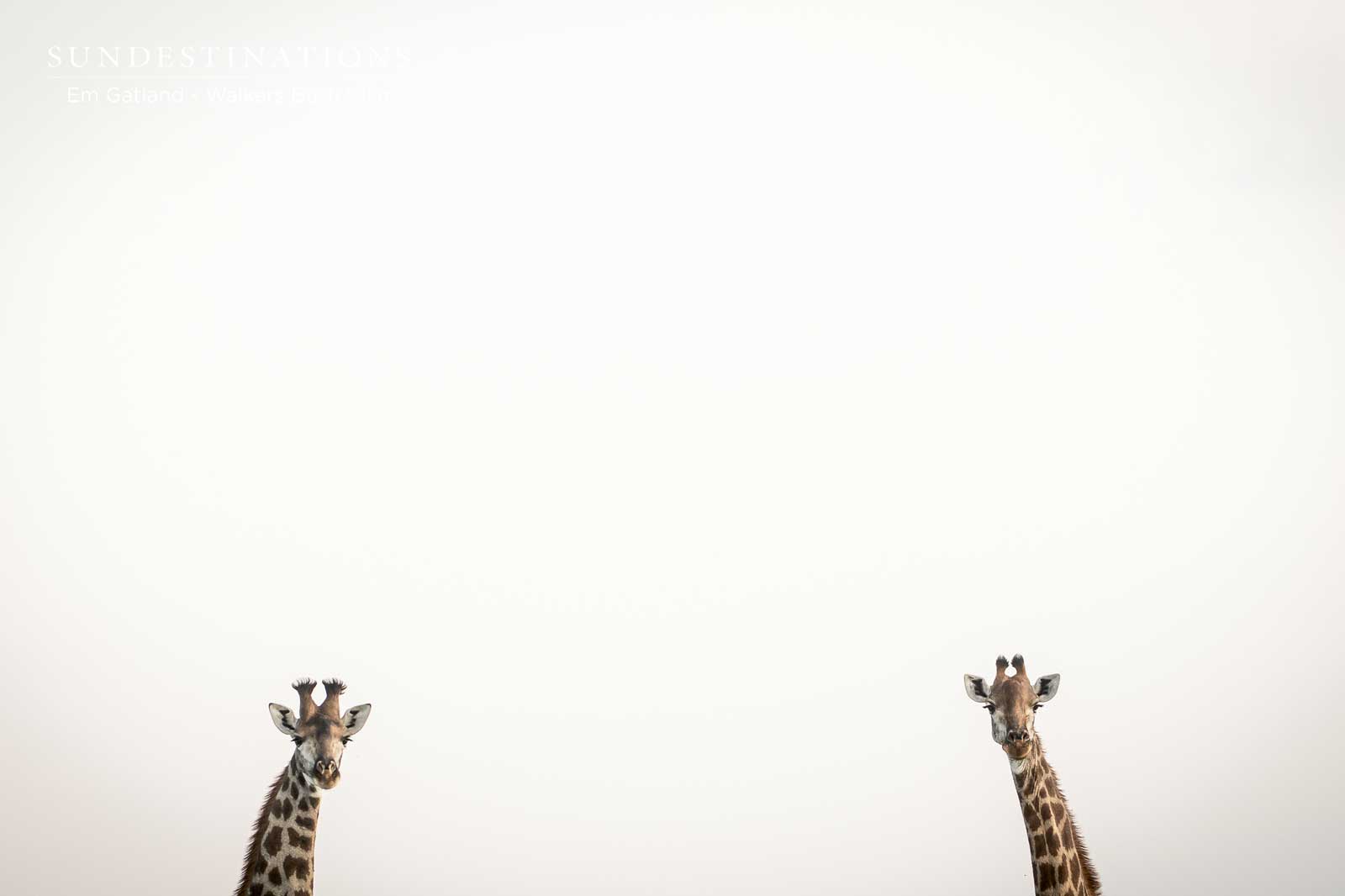 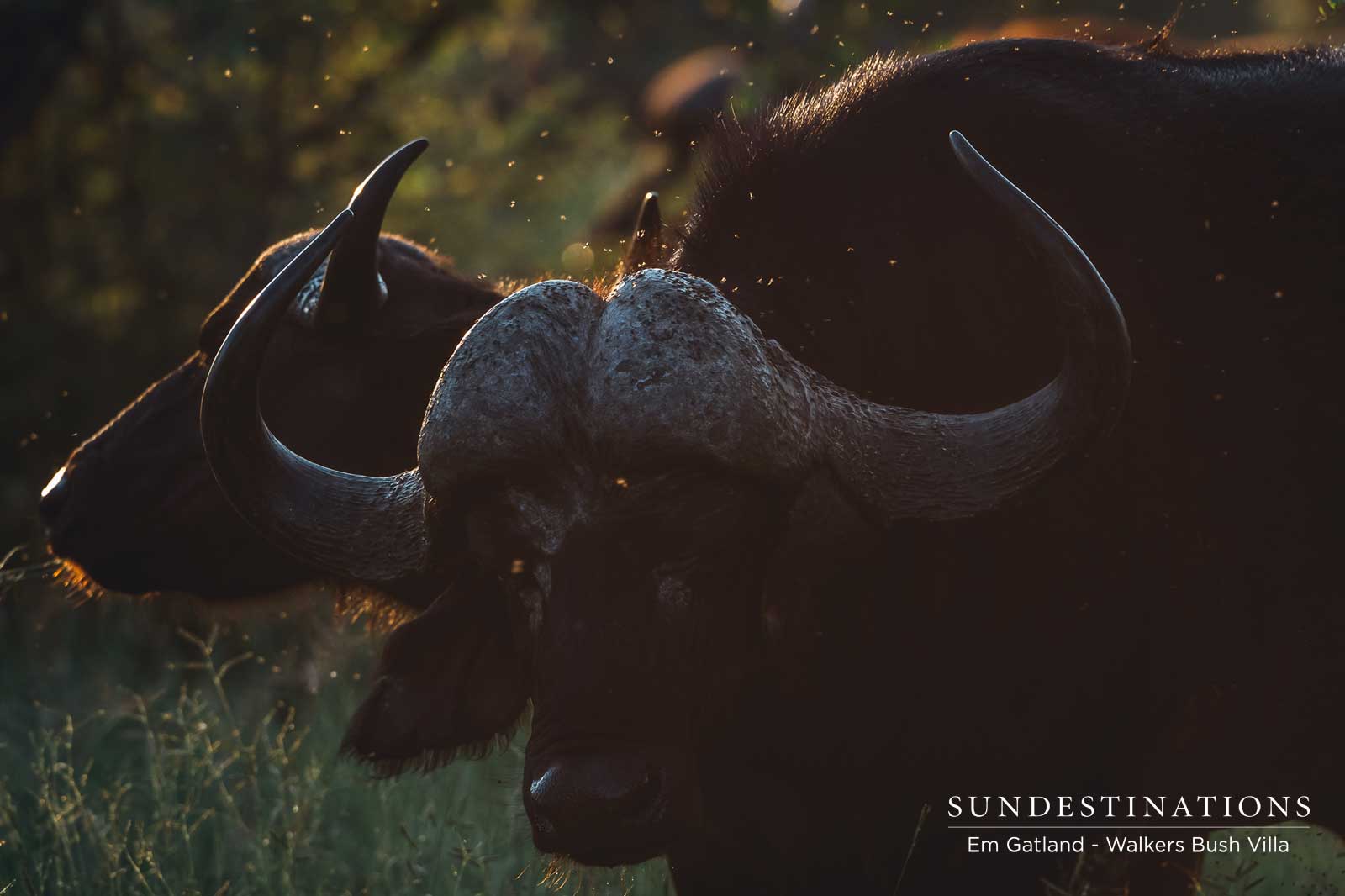 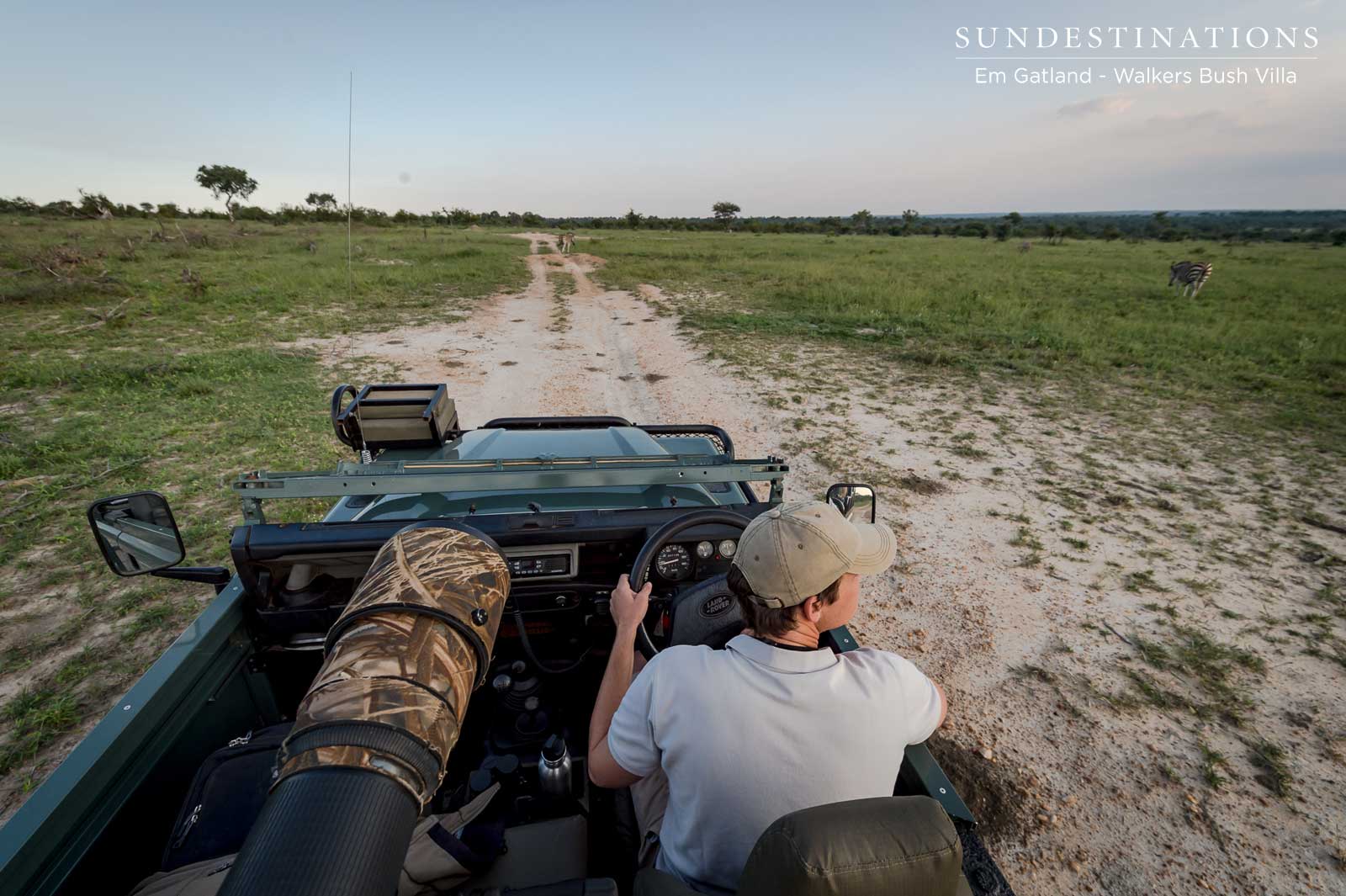 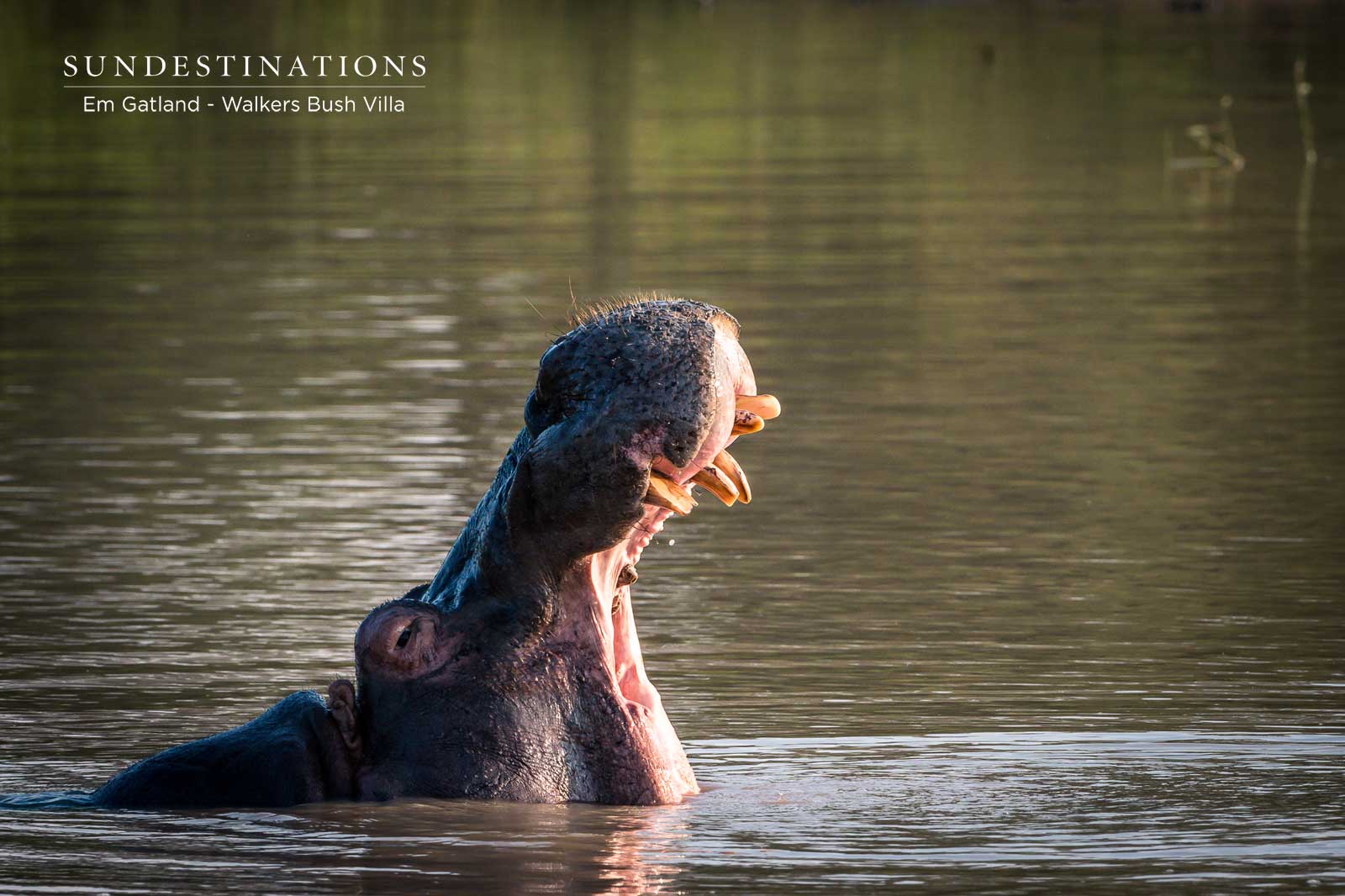 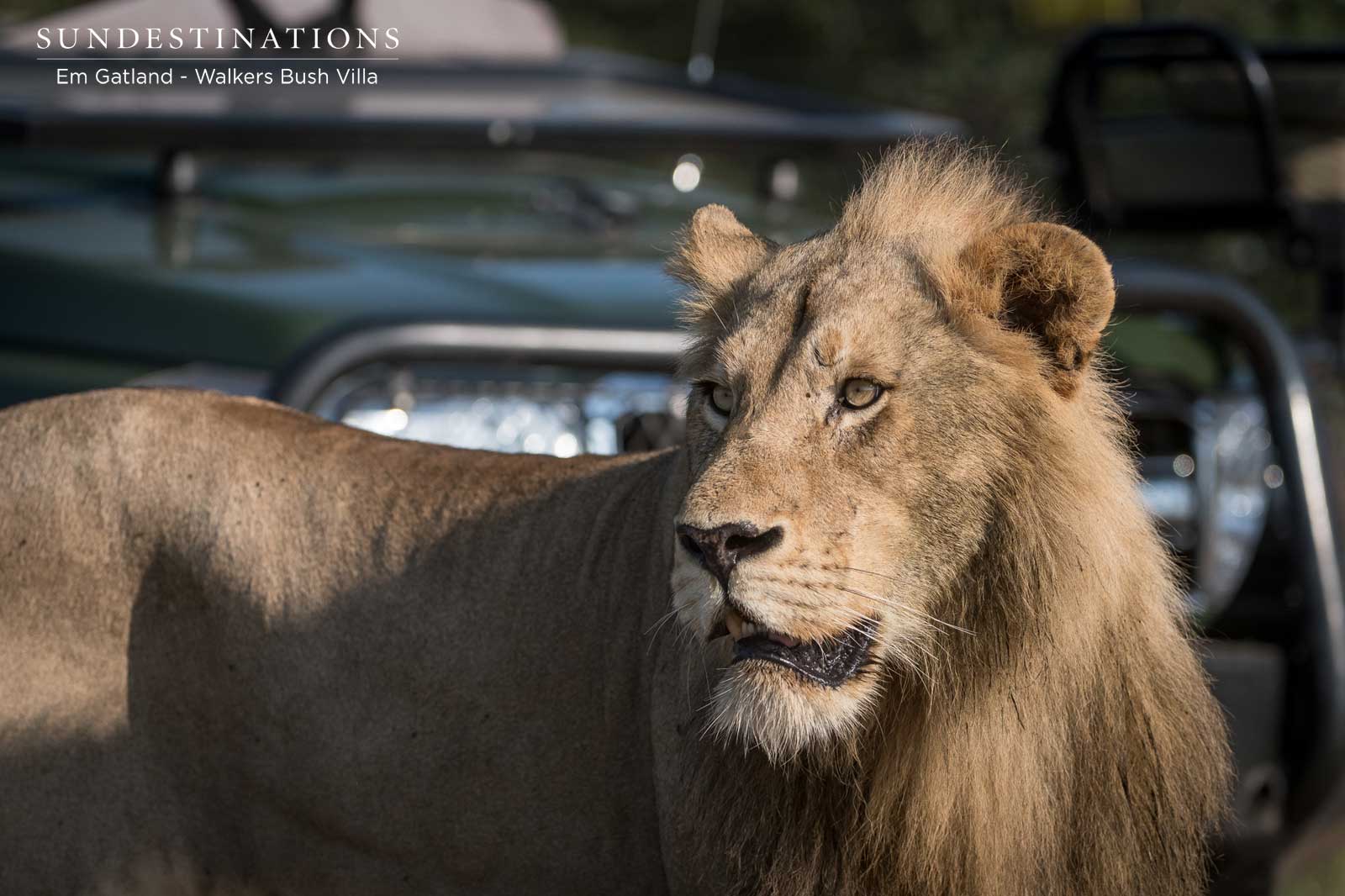 The game viewer crunches through the khaki bushveld flicking up loose sand as it navigates the sandy roads of the world-renown Timbavati Private Nature Reserve. The thick tread of the tyres collects grass spears and abandoned foliage as it trundles deep into the thickets of the mysterious savanna. Leading guide, Brett Horley, is behind the wheel and he knows a thing or two about how to handle a safari vehicle. This isn’t a playground for the weak – only the experienced know how to operate this open-topped vessel. Designed to offer its occupants uninterrupted views of the wilderness and opportunities to get up close to wildlife, a game viewer is the ultimate vehicle for photographers. Being located in a private game reserve means guests are afforded ample opportunities to go off road and get up close with wildlife, a privilege not afforded to visitors to the more public Kruger National Park.

A couple of weeks ago, our roaming photographer Em Gatland clambered aboard the Walkers Bush Villa safari vehicle and together with Brett, they headed out in search of wildlife. Just previously Brett reported that they’d witnessed a number of sightings of the Sunset Dam leopardess. Em was only to keen to photograph this feisty feline. Did they find the Sunset Dam leopardess? Yes they did ! But that’s not the only sighting that was enjoyed during her 2 day stay.

Em managed to spot the powerful and elite lion emperors, the Mbiri male lion coalition. These boys have now moved further north but they will return at some stage when the lionesses cross over onto the Walkers traverse.

The usual suspects appeared while out on drive. The commonly spotted impala, zebra and giraffe make up the bulk of the plains game sightings. The towering giraffe were perfectly positioned for Em to take a series of rather mesmerising images where she focussed on maximising white space and perspective. In terms of other herbivores, the bovids also filtered through the bushveld and followed their pathfinder to the closest source of water. Buffalo are bulk grazers which means vast quantities of water are needed to digest coarse vegetation. Find the waterholes, find the buffalo !

The soldiers of the water domain were also spotted. Bloats of hippo emerged from the waterholes, eager to show their onlookers who controls the waterholes. They widened their jaws in an effort to display dominance – this technique is used to ward off intruders that balk at the size of their tusks. The ectothermic Nile crocodile is a co-inhabitant of the waterhole and is the largest freshwater predator. While our hippo wade in the water during the day, the crocs sun themselves on the banks to harness heat from the sun to regulate their body temperature.

Another unique sighting happened while out on foot. Brett and Em spotted a Schlegel’s beaked blind snake. This snake actually spends most of its time beneath the ground’s surface and feasts on termites. It’s actually one of the grey-headed bush shrikes favourite meals !

Let’s go back a paragraph or two, and chat about the Sunset Dam leopard sighting. A week after Em spent time at Walkers Bush Villa, our videographer Rogan Kerr headed into the pristine Timbavati biome to see if he could spot Sunset Dam. Knowing that the Timbavati has a high concentration of big cats, Rogan reckoned the odds were in his favour. He was right. Rogan and Brett Horley spotted the Sunset Dam leopardess. She wasn’t in a good mood, which is understandable given that the pesky hyena scavengers were hot on her heals. If you scroll to the bottom of this blog post, you’ll find Rogan’s video of the Sunset Dam leopard being chased by sneaky clan of hyena. 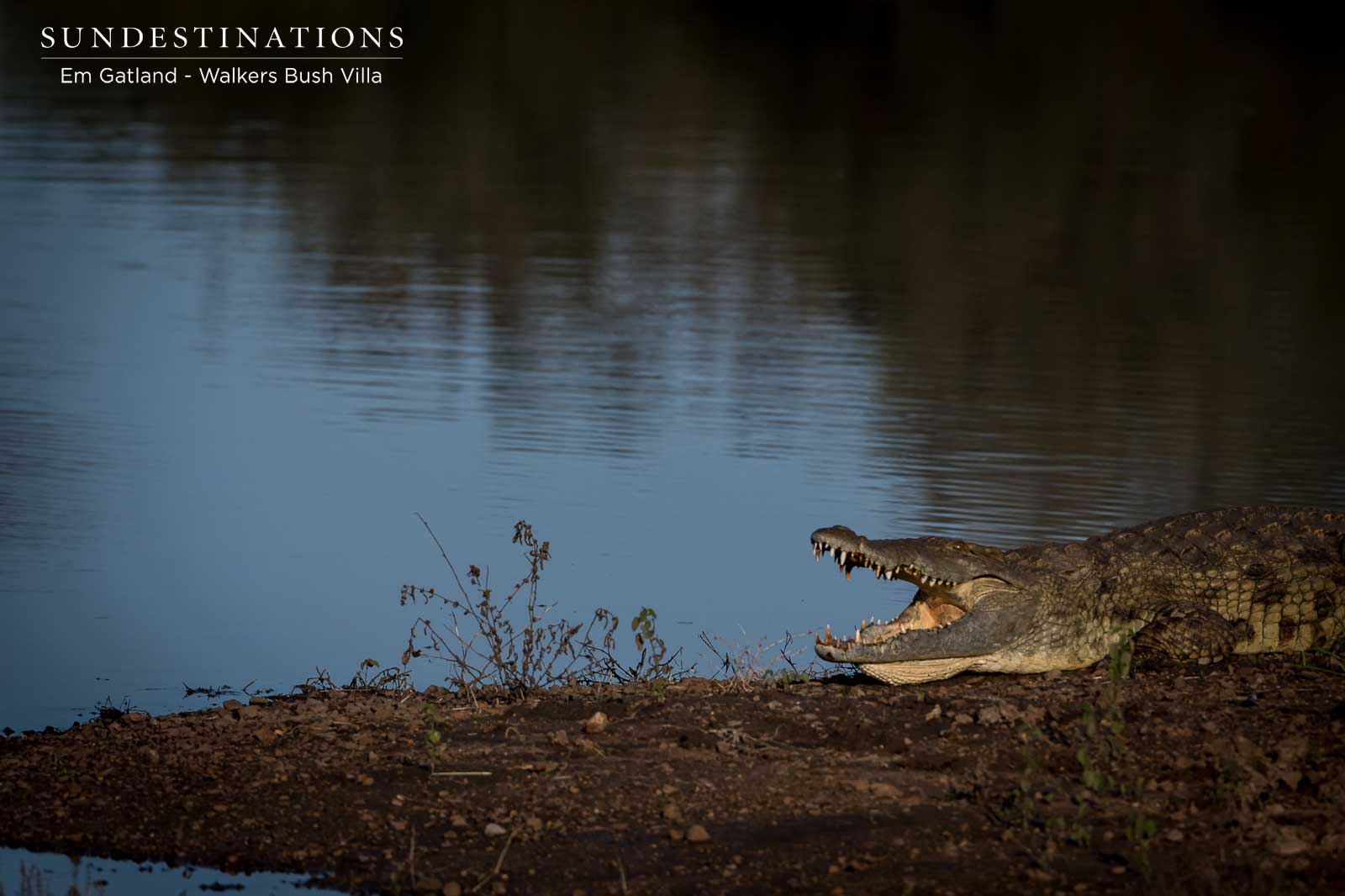 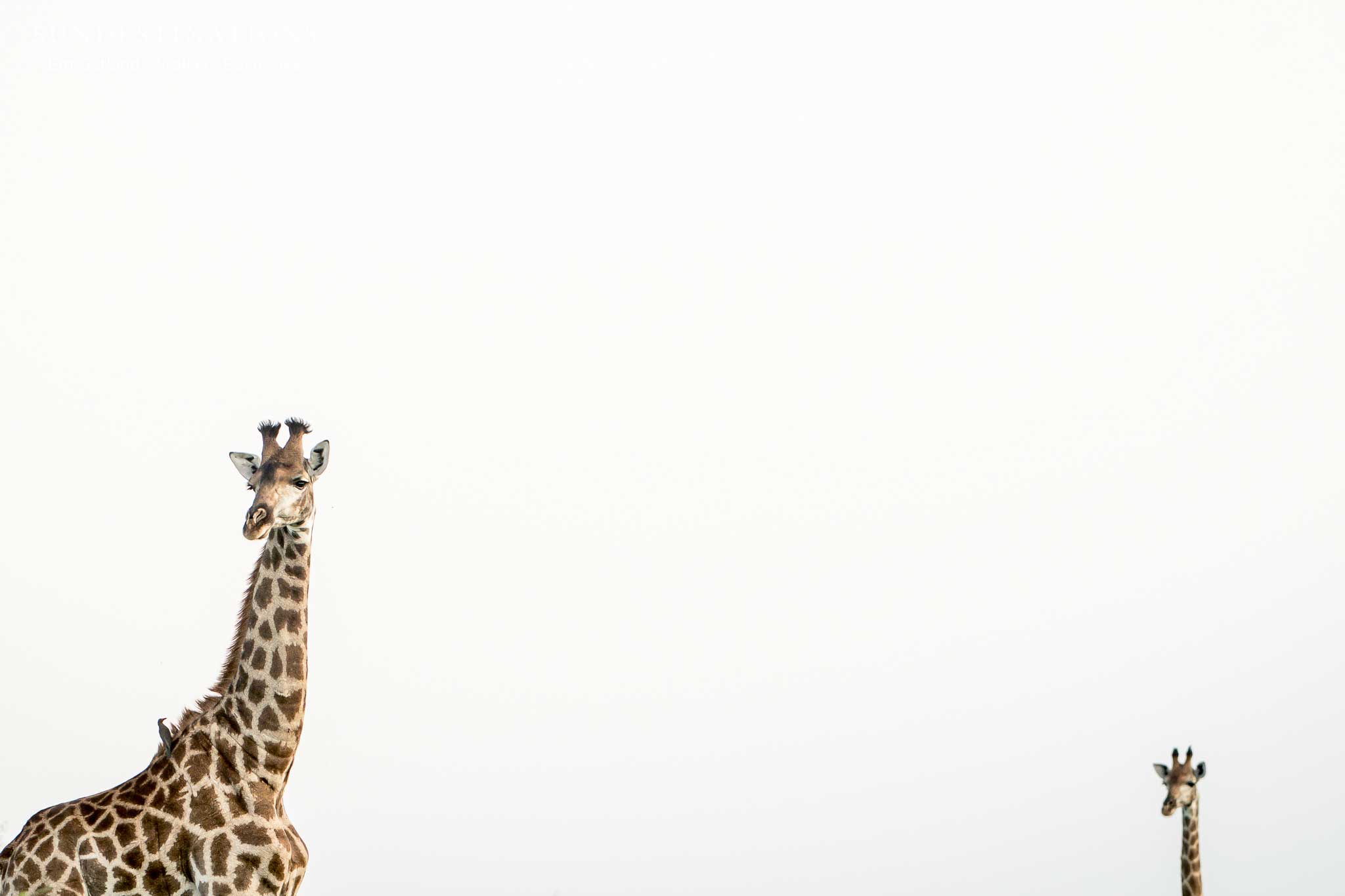 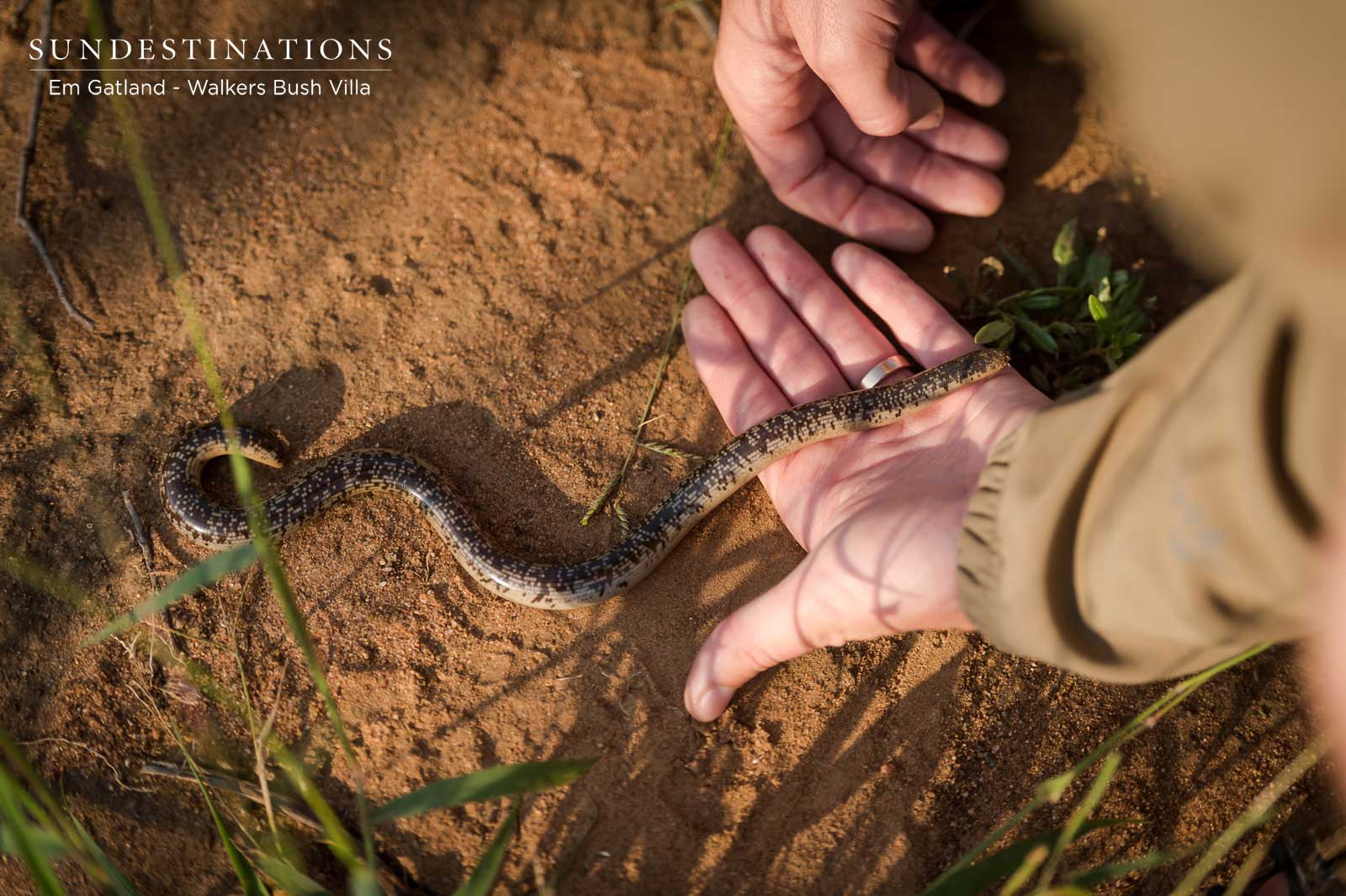 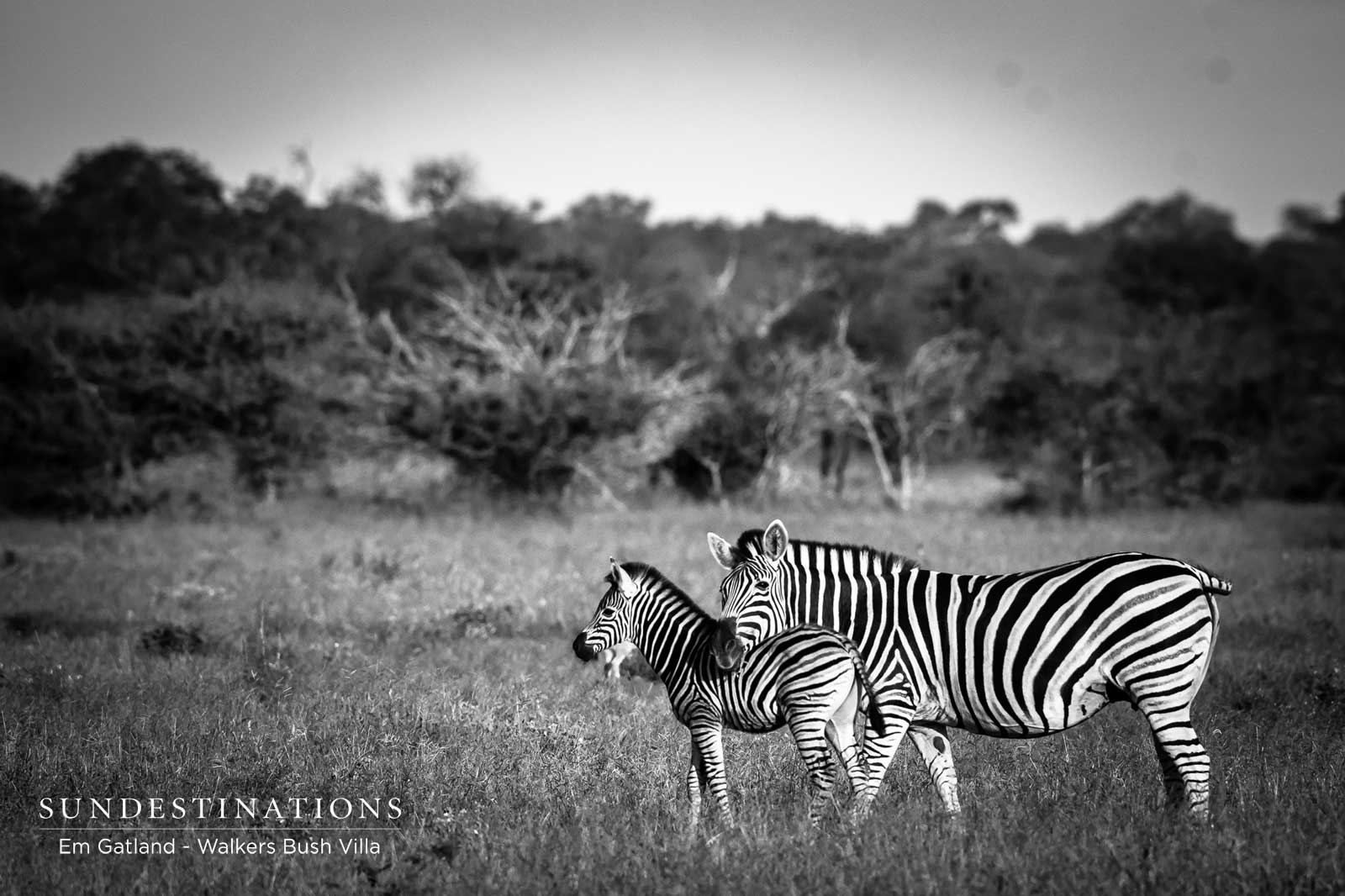 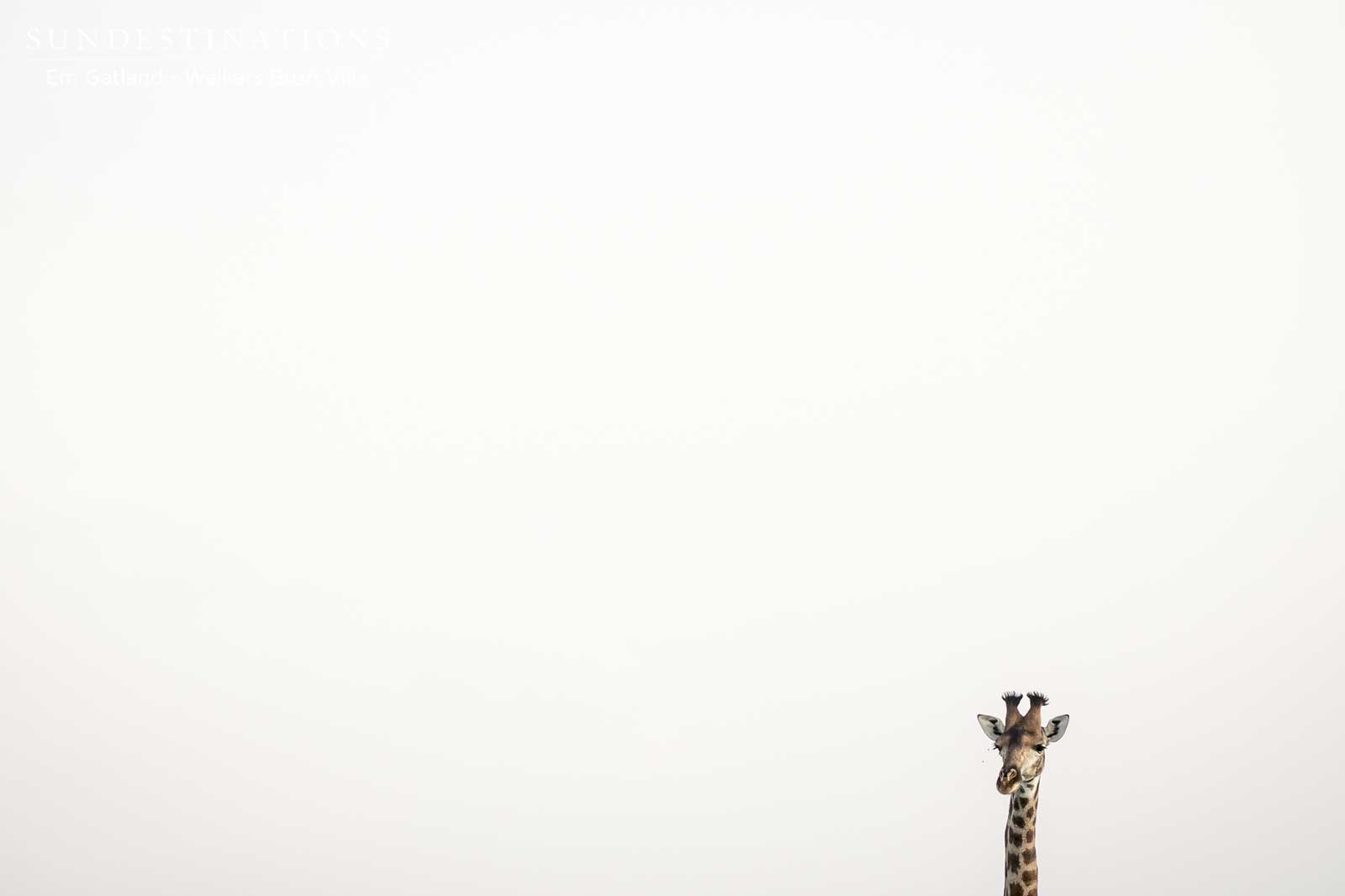